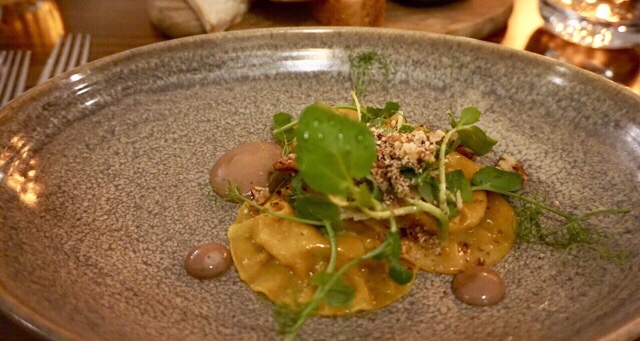 Last Saturday I realised two things: 1) I absolutely loathe the German Market in Birmingham, and 2) Henley-in-Arden is much more fun than I thought.

While the town has an obvious aesthetic charm, my visits here have always been brief and in a solely professional capacity. I’d visited fleetingly during the day when the town could best be described, at least from the impossibly well-kept high street, as sleepy and quiet. Come Saturday night, however, this apparently couldn’t be further from the truth, at least behind the wooden door of The Butcher’s Social.

After accidentally getting trapped between the mulled Ribena and a seemingly never ending line of squawking middle-aged women in Christmas jumpers, Ian and I managed to escape Birmingham on a train via Moor Street. Thirty minutes (and a trot up the wrong street) later we found sanctuary in this thriving but much less cattle market-like venue. Greeted by a cosy, warm pub, there was a host of nooks to get comfortable in and a welcoming bar being propped up by two old blokes that were having a proper laugh. It immediately felt like a lovely place to be. 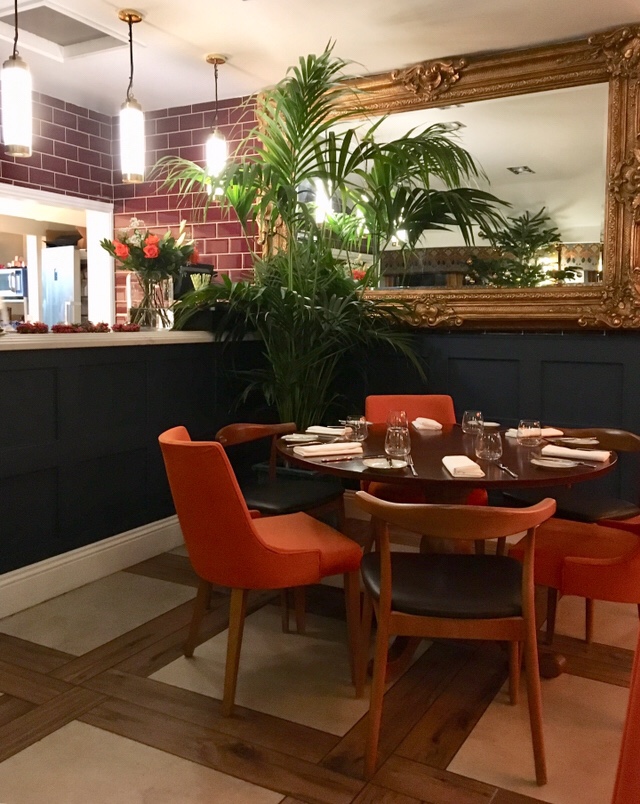 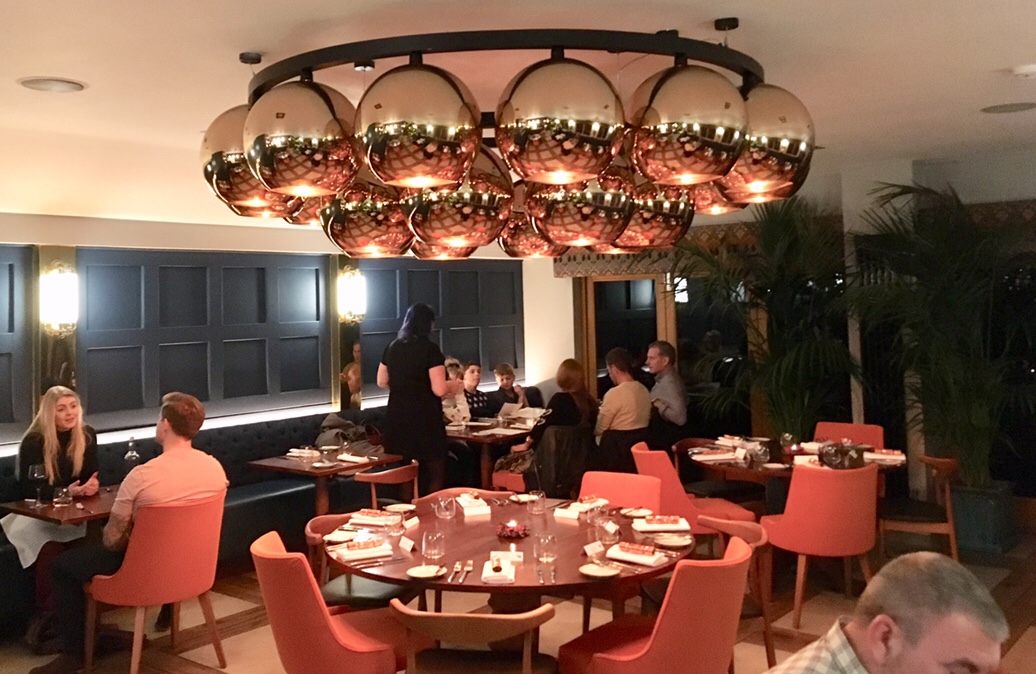 I was almost disappointed to discover we would, in fact, be eating in the restaurant in the back, but along the wooden floorboards an attractive, bustling dining room awaits hungry punters. It’s modern but classically stylish, with striking light fixtures and rust on charcoal decor. It looks like it cost a fair wedge to make it like this, something owner Mike confirms later when we discuss the building’s renovation. The guy has taste – it looks top notch. 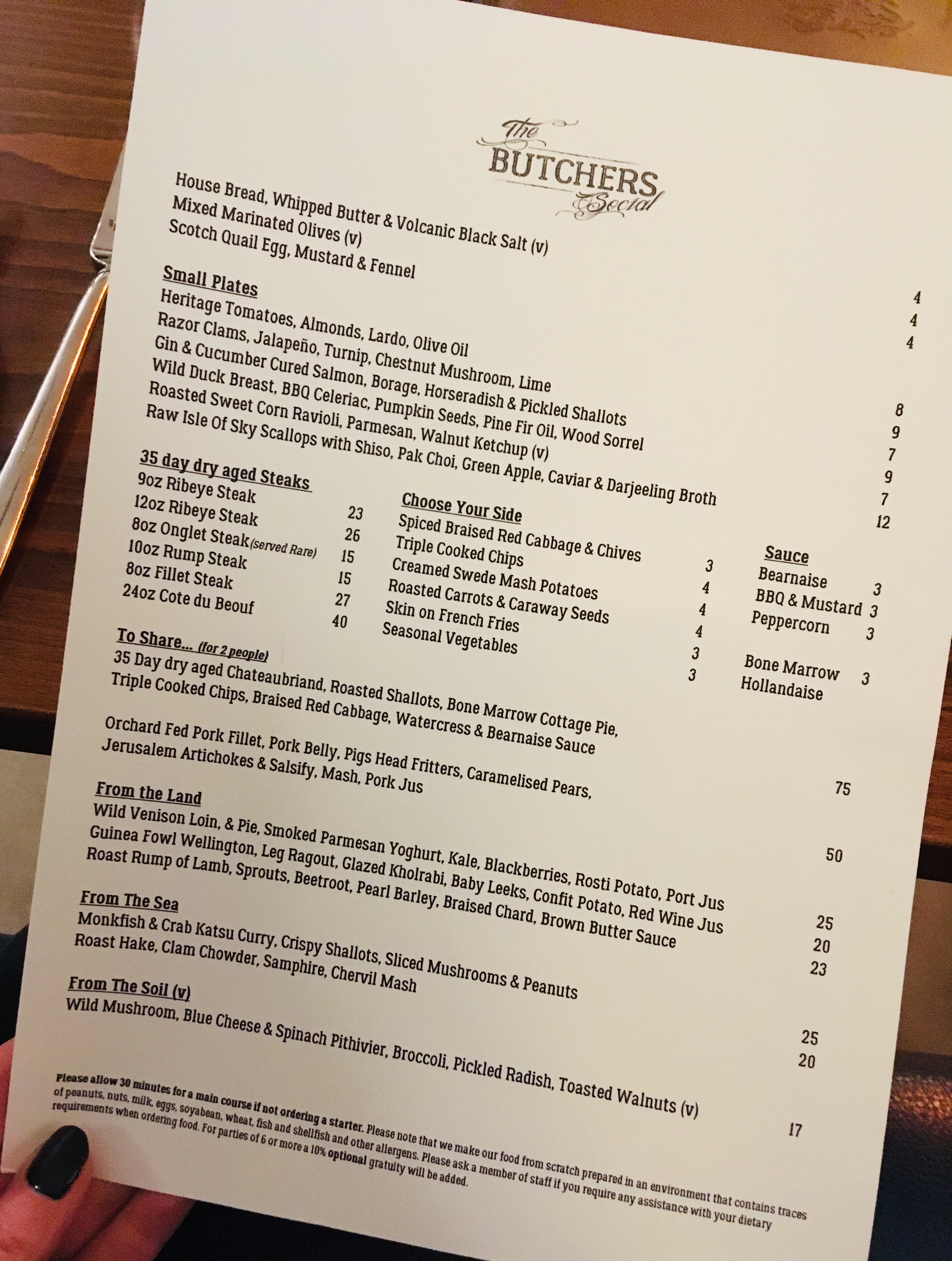 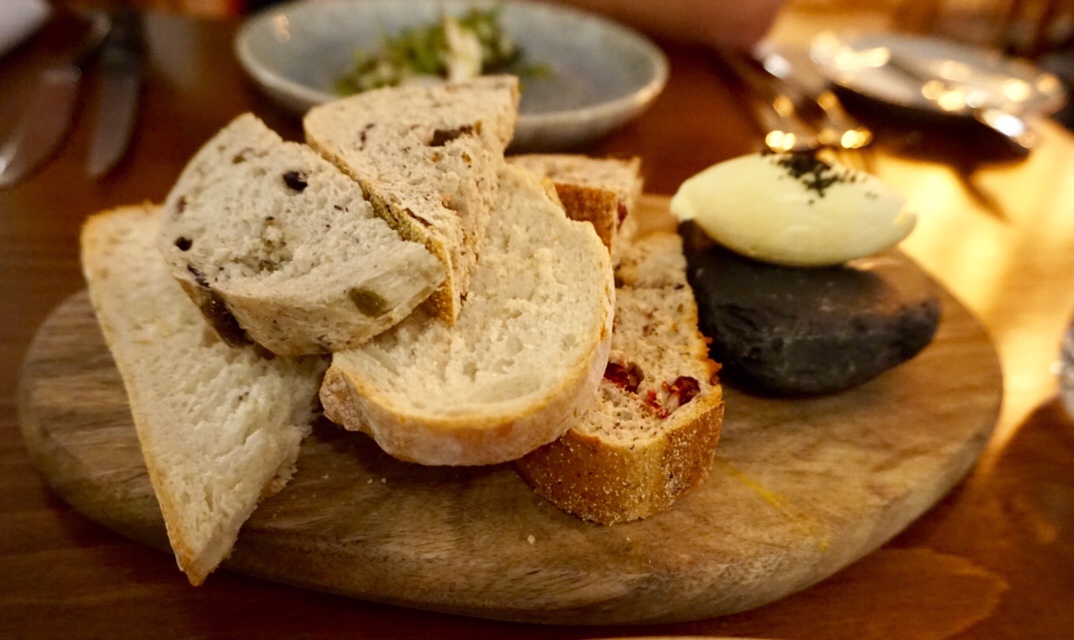 An affable server (formerly of Simpson’s, no less) took our order, starting with soft homemade bread (£4) and a salty whipped butter that I’d happily eat off pretty much anything. The Roasted Sweet Corn Ravioli (£7) was a silky delight, with an underlying and unexpected smokiness that rings the flavour bell. An incredibly moreish starter that my husband didn’t even get a look in on trying a mouthful of. Bad luck, bab. His bright and colourful Razor Clam (£9) with jalapeños looked like a piece of art, kicking a zingy hit of lime and an Autumnal and earthy nod thanks to turnip. Although, he felt it was on the small side compared to my pasta parcels. Both beautiful plates of food, but that ravioli dish is honestly something else. 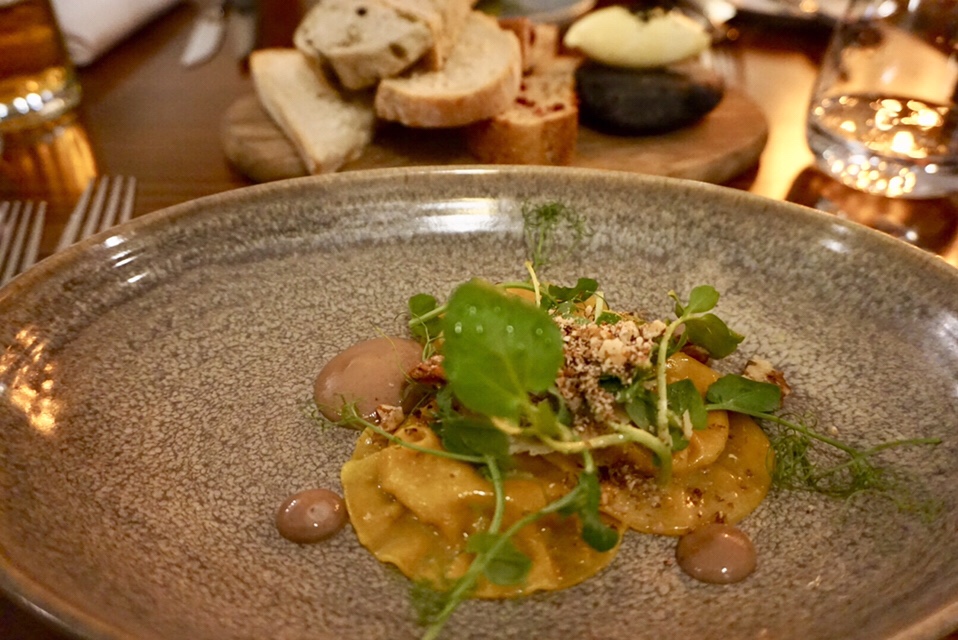 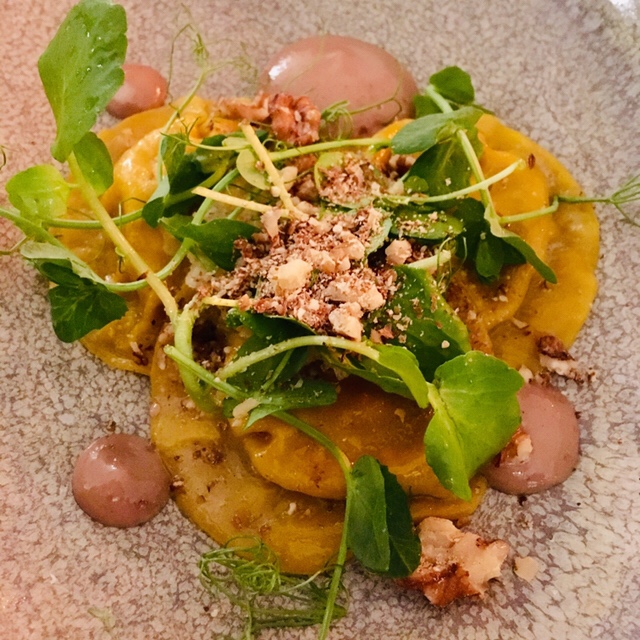 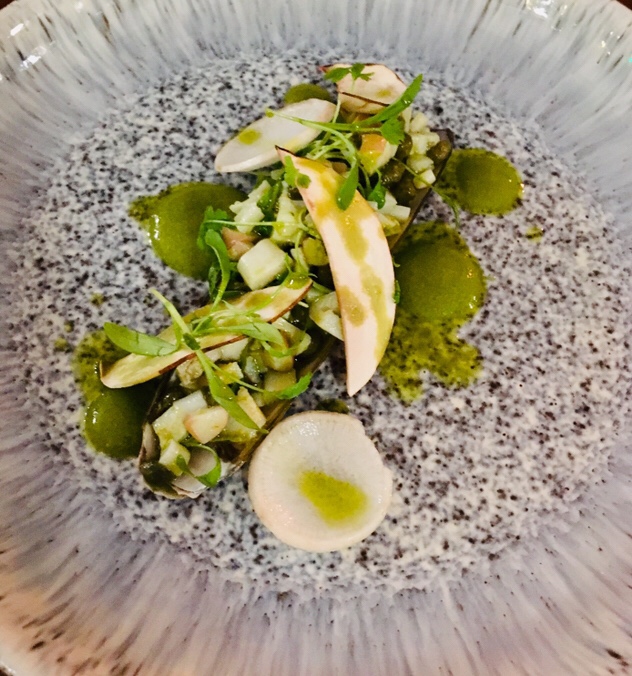 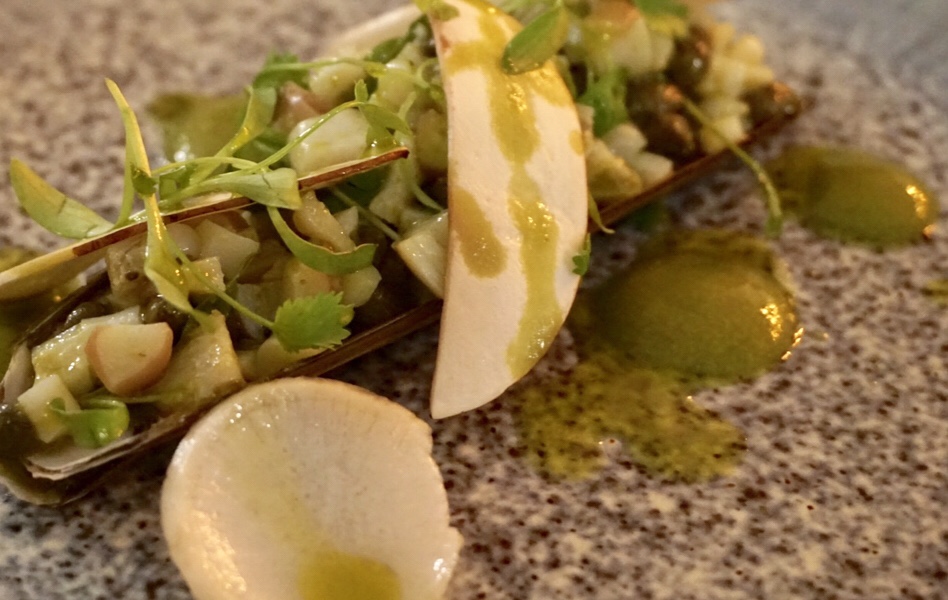 On to mains and steak was on the agenda. An 8oz Fillet (£27) cooked to a pretty perfect medium rare hit the spot, with both triple cooked chips and skinny fries (both £3) accompanying the meat. The chips were nice without being life changing, and the star of the show for me turned out to be the bone marrow hollandaise (£3) I almost didn’t order. Rich with yolk and thick enough to nearly stand a spoon in, it tasted almost like butter, with a sweet, vaguely nutty flavour. If that isn’t the most decadent, sumptuous thing I’ve tasted this year I don’t know what is. If it gives me gout it will have been worth it. 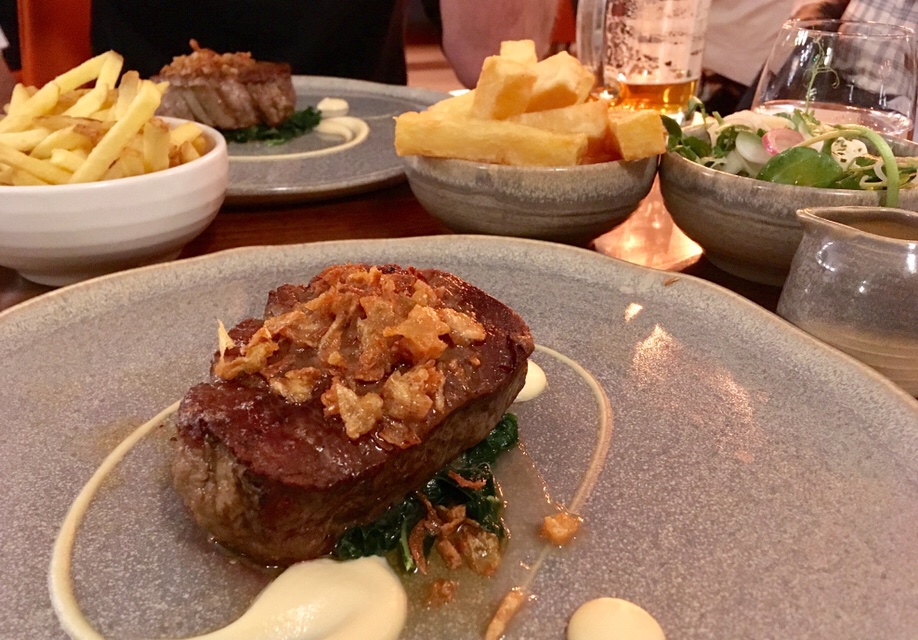 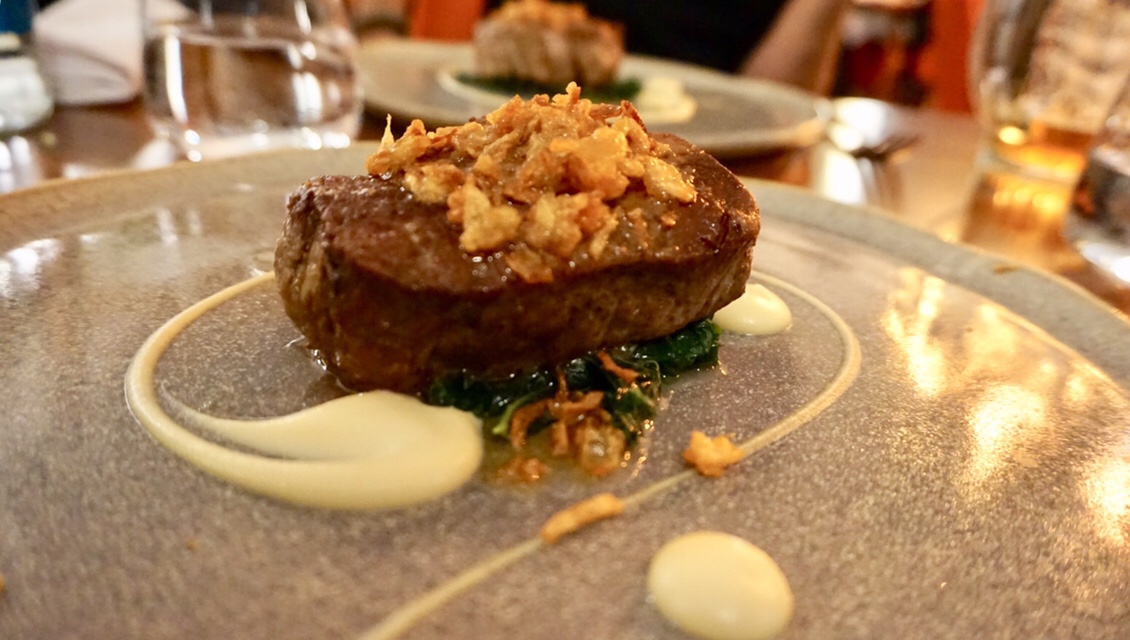 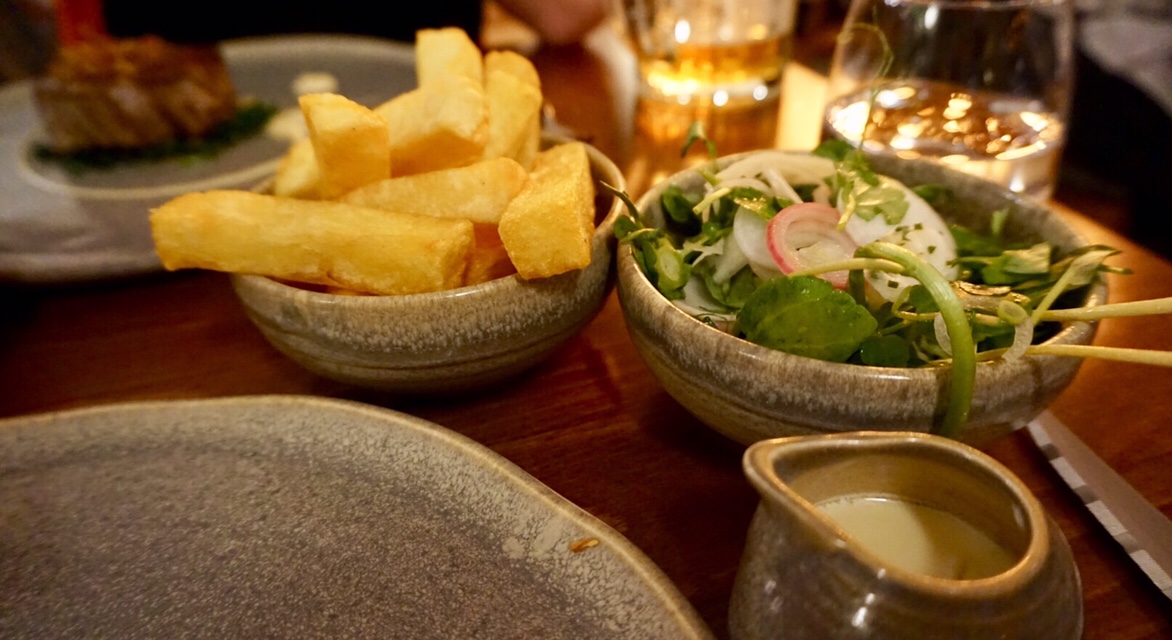 We skipped a sweet in favour of the Sharing Cheese Board (£14) and an Espresso Martini. The 7 regional cheeses, accompanied the usual bits and pieces, included a genuinely gloriously ewes milk creation called Flower Marie (from Sussex, I think). I’ve since ordered some of this for Christmas off t’internet, actually. The Baron Bigod Brie from deepest Suffolk also proved popular, with us fighting over the last sliver. We do that a lot when it comes to cheese; Ian rarely wins. 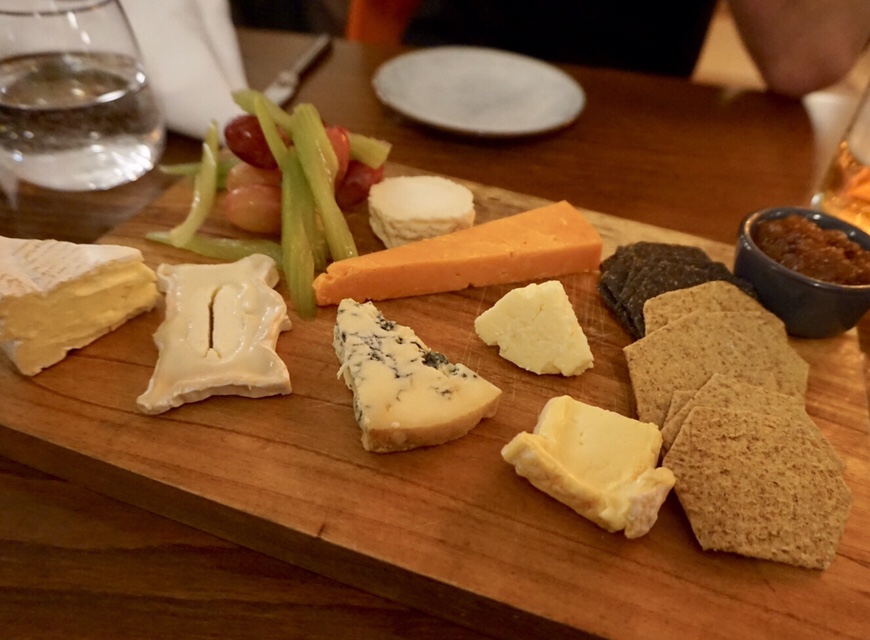 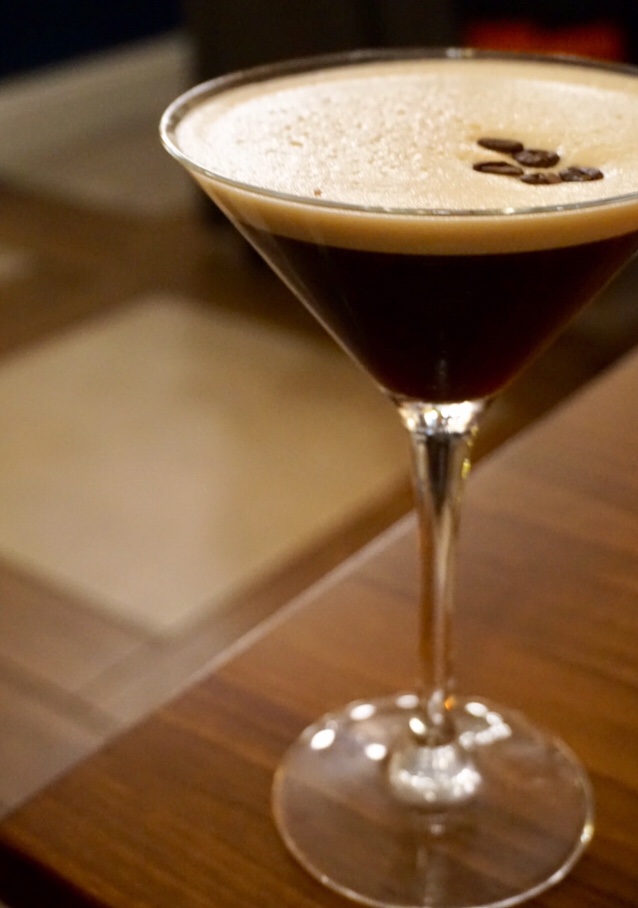 Service throughout was smooth and personable, and aside from fairly long waits between drinks being refreshed (expected on a Saturday evening perhaps) the dining experience was entirely positive. In the days since our meal at The Butcher’s Social I’ve tried to pick fault with the food – aside from what I’ve said above – but in truth I just really enjoyed it. I’ll be heading back soon to enjoy the pub and try the chicken wings that can apparently bring world peace… or something to that effect.

With the world and his wife descending on Birmingham at the moment, turning the city centre into some kind of pen full of meandering sheep, do yourself a favour and try some of the independents, even one a little further afield like this.

Disclosure: I was invited to dine by the venue and the meal was complimentary for review purposes. It goes without saying that my opinions and words are my own, along with all photos.