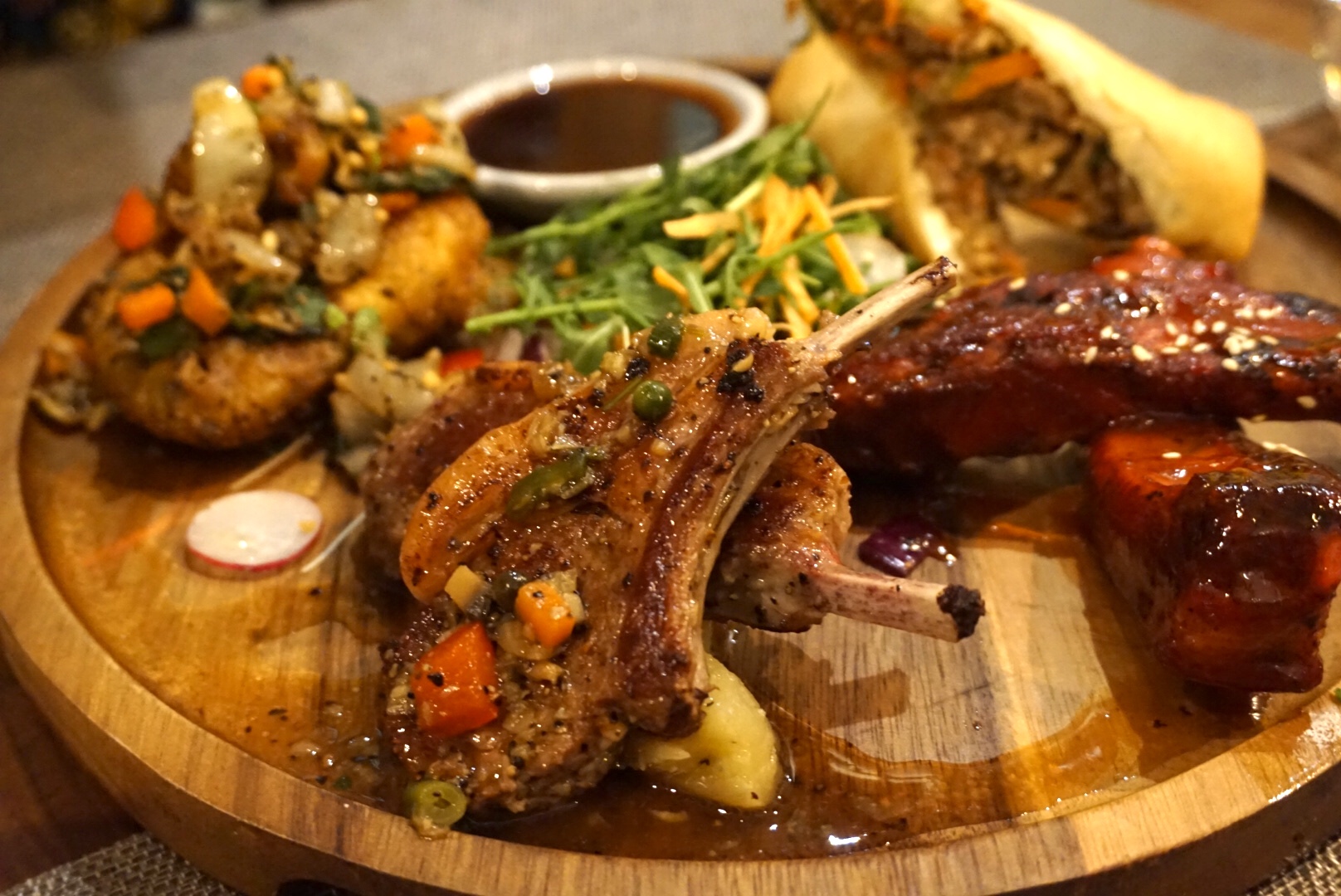 I have a longstanding love affair with Asian cuisine and more specifically Thai food; this stems from my university days in Leicester.

I had naff all money to my name at 19 – largely due to a fondness for snakebite and Lambert & Butler – but whatever I could rustle up from my part time job dressing as a penguin (don’t ask) I spent on copious amounts of Thai grub from my favourite takeaway restaurant. I ordered from there often enough they knew my name, address and order off by heart; I’m not sure that’s something to be proud of in retrospect but there we go.

Always happy to spend an evening enjoying the aromatic flavours Thai food offers, trying the latest Sabai Sabai opening on Waterloo Street earlier this month was most welcome. Opened in December in a former law office, this is the fourth incarnation of the popular eatery. The first city centre location to be launched (the others are in Moseley, Harborne and Stratford), you’ll find an intimate, beautiful dining space.

It’s chic but comfortable, paying attention to the smallest details; the light fixtures, for example, would make some Pinterest fans all kinds of giddy and were actually shipped over from Thailand.

We started the evening with a cocktail at the bar, trying out the Bangkok Fizz (£8.25) before dinner. Combining citrus flavours with prosecco and vodka it was beautifully presented but reminded me of Bucks Fizz in terms of flavour. I later had a (very well made) Espresso Martini (£7.75) that was much more to my taste, especially with the light dusting of cinnamon.

Kicking off the meal, crackers and a selection of starters appeared at the table. The Mixed Meat Platter (£12.95) proved ideal for sharing, with plenty of attractive mouthfuls to try. Salt and pepper chicken wings were a crispy highlight thanks to a punch of garlic, alongside some meaty spare ribs in a sticky glaze.

Lamb cutlets took on sweetness from pineapple and were nicely pink inside, although I wish the fat had been crispier. Additional duck rolls were generously filled with meat and veggies and not at all greasy.

On to mains, and the scent of a Monkfish Curry (£17.95) had me salivating before I’d even tried it. Nestled amongst slices of chargrilled aubergine, fine beans and crunchy bamboo shoots, chunks of monkfish peeked out from a pool of gently spiced sauce. I enjoyed the hum of ginger although, being picky, I’d have liked more heat from the chillies, but the dish overall had plenty of charm.

The Beef Short Rib (£13.95) proved to be very popular, with the tender beef pulling away from the bone with ease. A rich Massaman sauce, flavoured with I think cloves and cinnamon, was topped with a liberal sprinkle of crushed cashews and had plenty of character. Noodles came in the form of a classic although somewhat forgettable Chicken Pad Thai (£10.95).

An additional spicy Papaya Salad (£9.95) for our veggie diners provided welcome clean flavours, combining shredded papaya, peanuts, carrots and fine beans with sharp lime and dash of fish sauce. I’m a meat eater and I enjoyed this; i would order this on a return visit.

Weeping Tiger Steak (£16.95) sizzled as it arrived at the table; sirloin served blushing pink through the centre, it’s a much better version than that I’ve had at rival restaurants. A token plate of crunchy Stir Fried Broccoli (£3.00) was packed with garlic and peanut flavour and got devoured in no time.

We also enjoyed two wines with our meal, including a medium bodied Les Mougeottes Pinot Noir that worked well with the meaty starters.

Sabai Sabai isn’t the cheapest option for Thai food in the city (nor does it deserve to be) but there’s genuine passion behind the food available here. It was also nice to see the place busy, despite it being a cold Wednesday at the start of January – surely a good sign. If you like these types of flavours you might also like Siamais (which I love) or Zen Metro.

Disclosure: I was a guest Delicious PR and dinner was complimentary. I wasn’t obliged to write about the experience and all views are mine