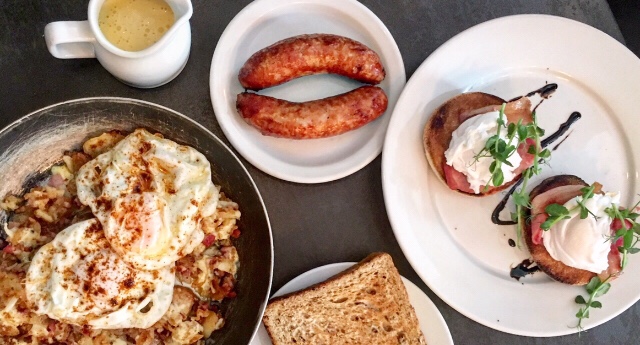 I love a hidden gem and Ju Ju’s Cafe, found just behind Brindleyplace, is most certainly that. It’s also 15 seconds walk from my apartment – bonus.

A quirky mix of chintzy lampshades and a pearl adorned unicorn called Charlie ensure you’ll remember your visit to the cafe; the lavish brunches and canal side views will ensure you return. It’s loud and proud, run by Julie – a lady who knows how to feed a hungry crowd come the weekend. My kinda gal. 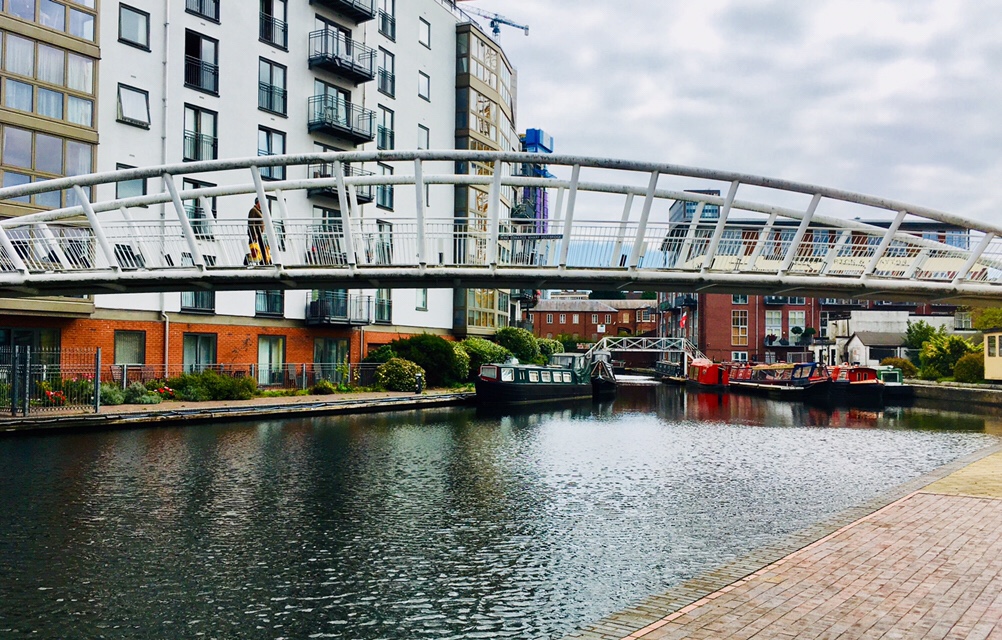 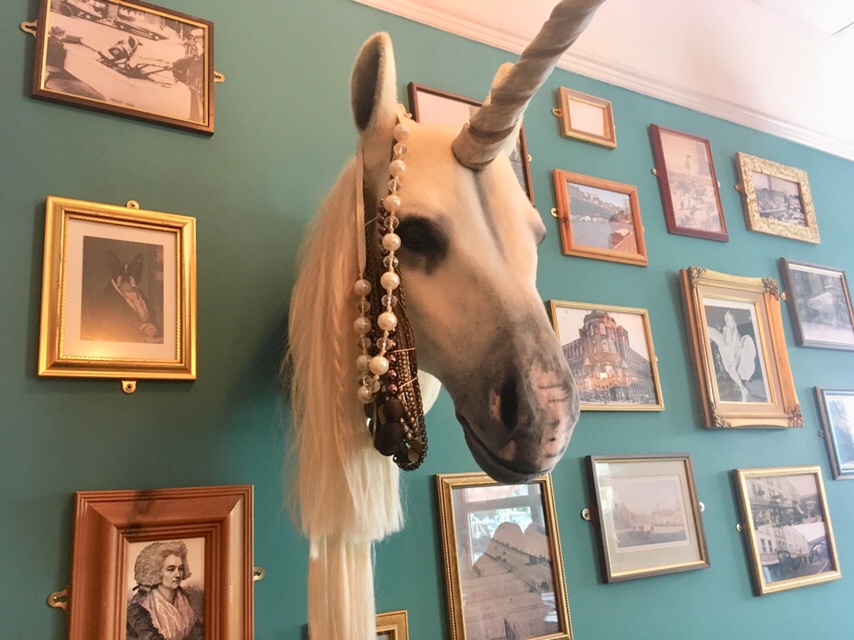 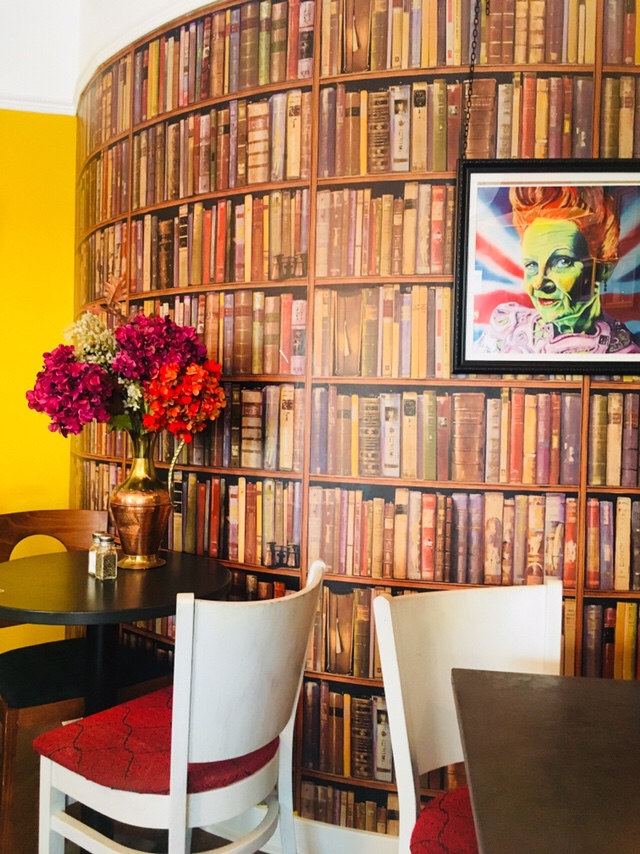 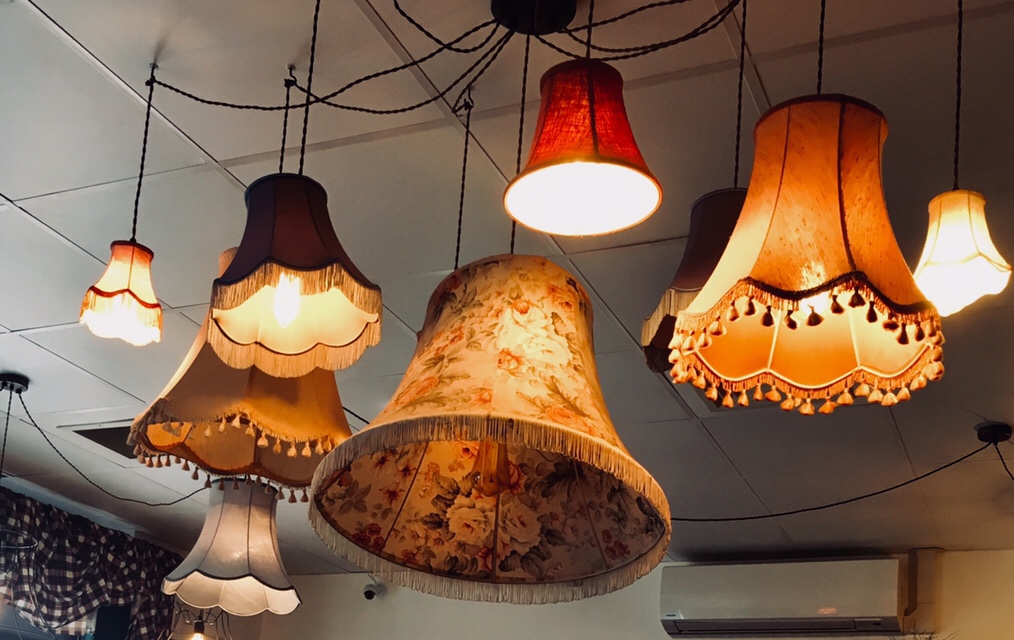 This visit to Ju Ju’s Cafe was specifically for a bostin brunch to fuel up for a Sunday session. I wanted to leave full; I ended up rolling back out the double doors. The weekend brunch menu is as substantial as the portions delivered by the (absolutely delightful) guys and girls that work the tables. The cafe is famous for two dishes: the Mighty Breakfast Cob and the Porky Hash. I opted for the latter – because if you’re not eating pig-flavoured things directly from a frying pan is it even Sunday brunch? 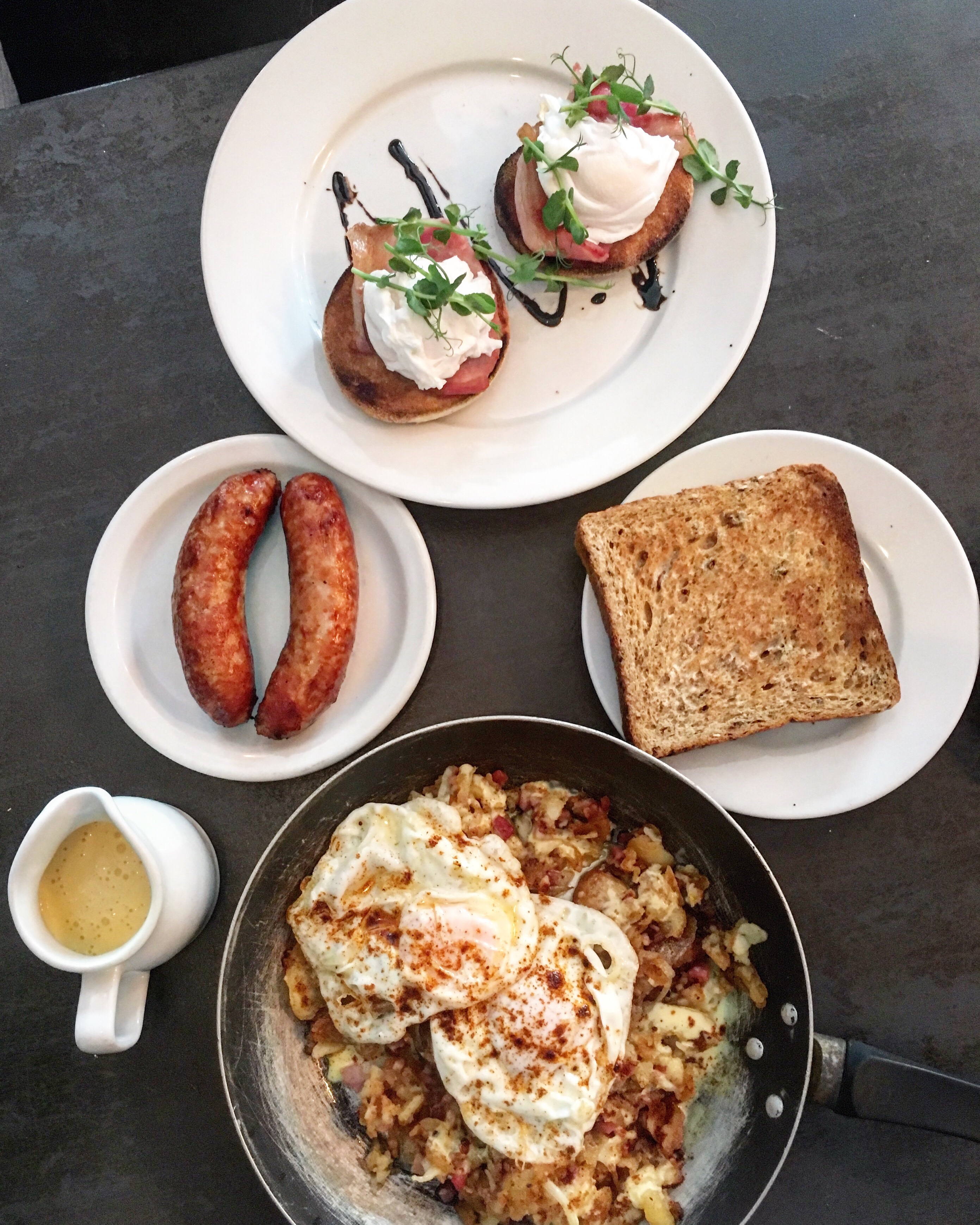 Yeah yeah it’s a gimmick, but within that pan a fabulous combination of flavours and textures awaits. Crispy smashed potatoes are mixed with salty morsels of sausage and streaky bacon. There’s a few slivers of tender onion and it’s all seasoned to perfection. A liberal dousing of rich hollandaise and two poppable fried eggs sit proudly above the porky carb fest. It’s a lot of food, and at just shy of a tenner the dish is a steal. Is it going to make you thin? God no, entirely the opposite (especially if you add toast like I greedily did) actually. But it’s a pan full of egg yolk splattered happiness and frankly I don’t care. 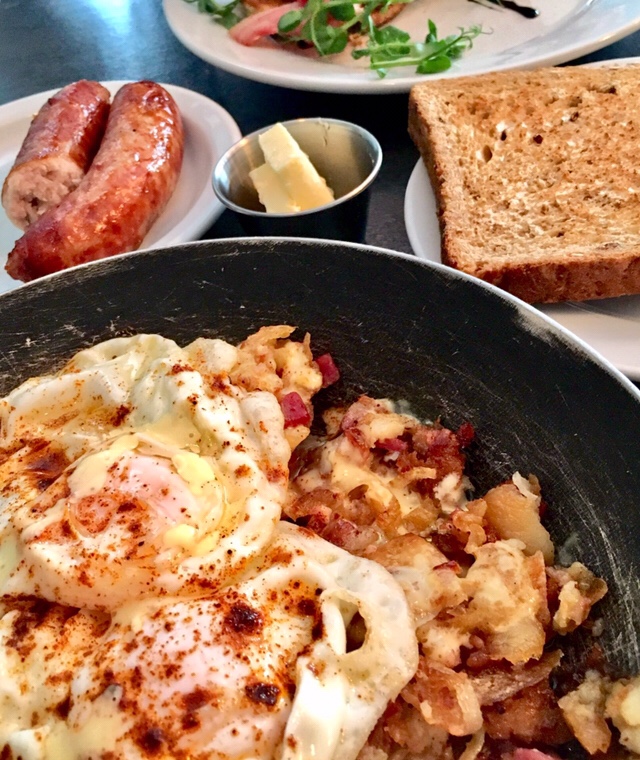 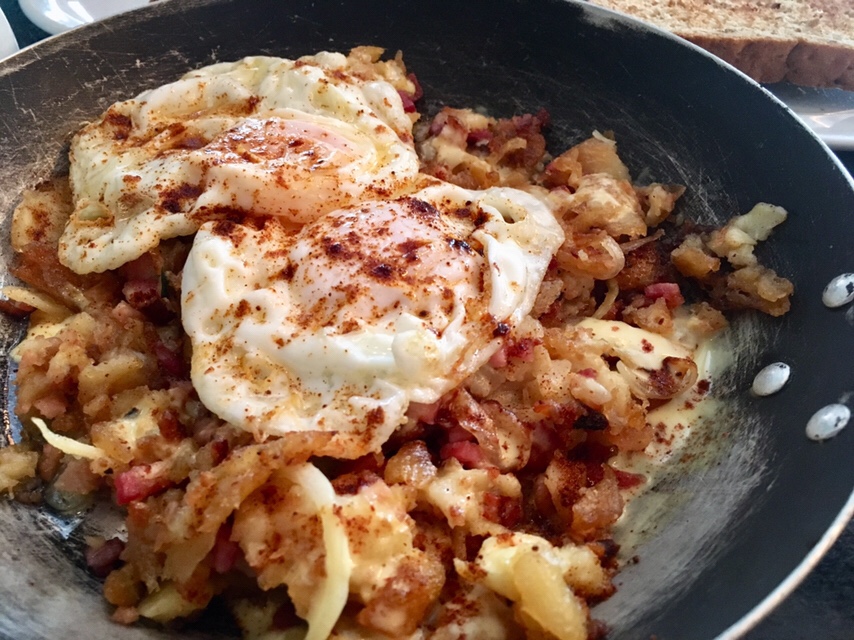 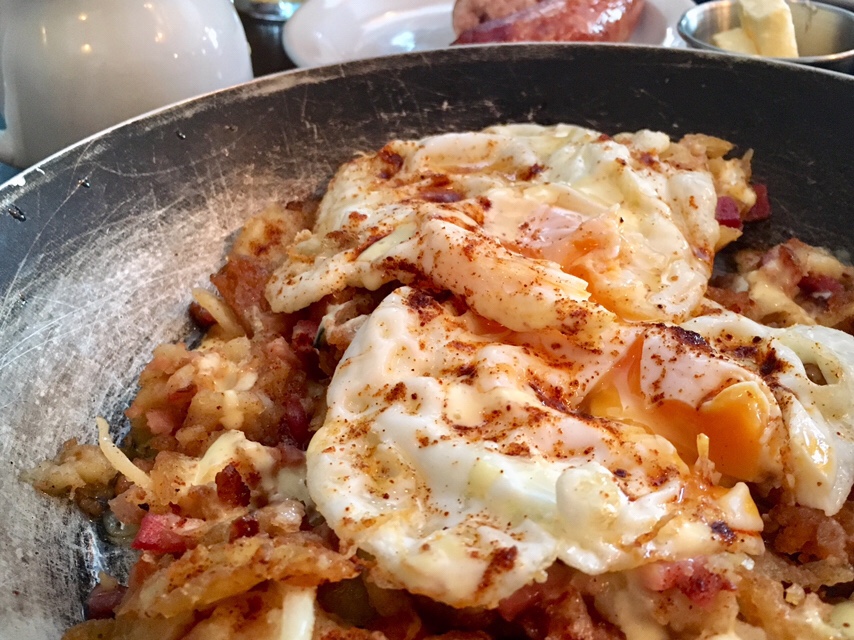 Ian went for the Eggs Benny (£7.99) with added sausages, because he’s a beast. I didn’t get a taster (lose 2 husband points) but he praised the individual items, particularly loving the sausages. The accompanying Bloody Marys (£7.50) were a spicy delight, served on cute saucers. Our bill at Ju Ju’s Cafe hit the £45 mark but that did also include these breakfast cocktails and a beer each. 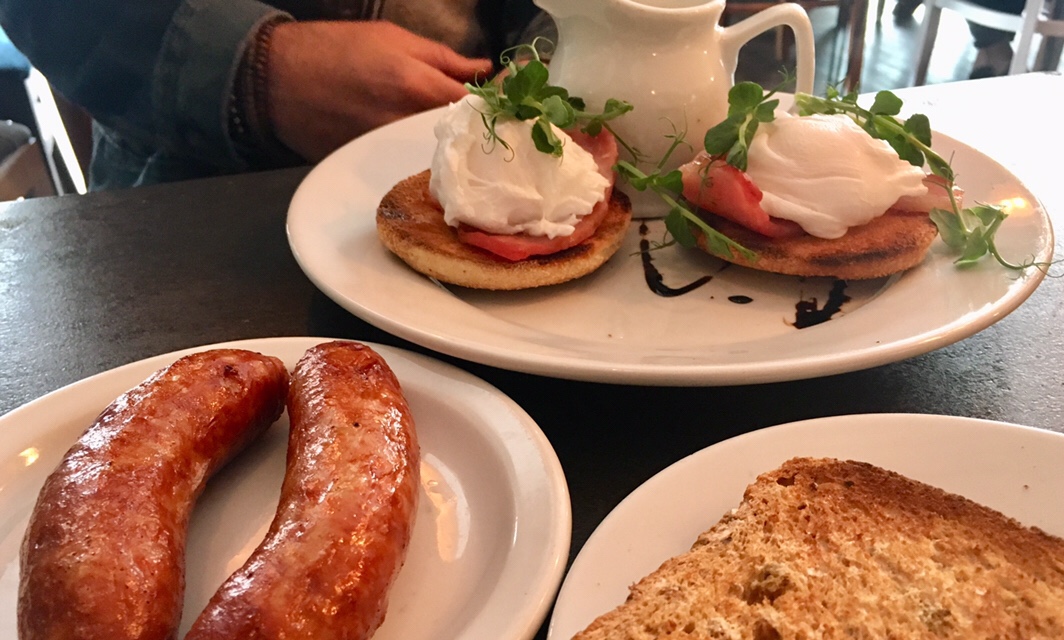 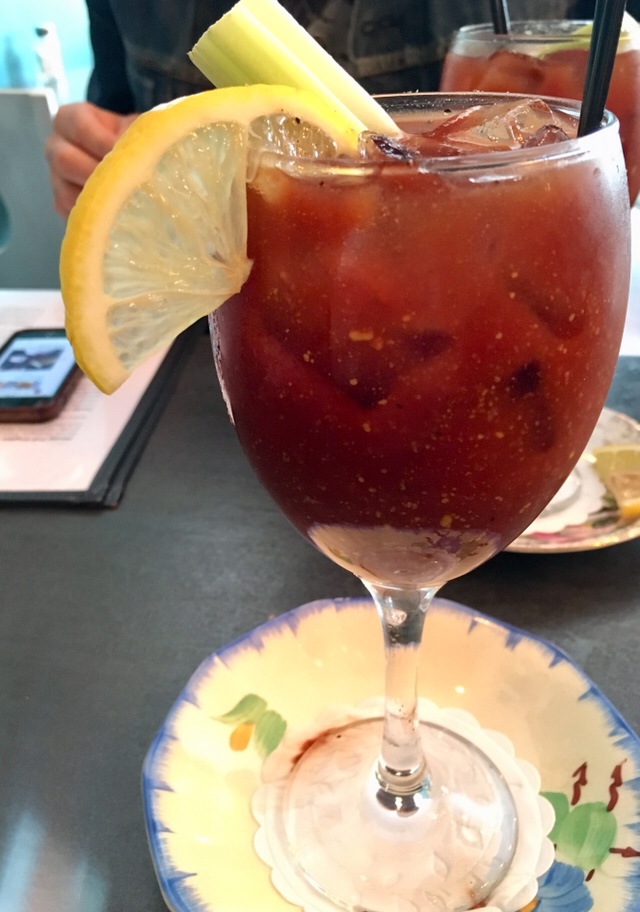 Unpretentious, uncomplicated fuss-free food in a place that’s warm and inviting. As well as the meaty options there’s plenty for the veggies, including towering syrup laden pancakes that will be my go to the next time I visit. If brunch isn’t your bag then Ju Ju’s Cafe is also open Wednesday to Saturday for dinner and cocktails. It’s great to have such good neighbours, and it’s bloody brilliant to have a top notch cafe on my doorstep.

Disclosure: We paid in full for the food and drinks at Ju Ju’s Cafe. All words, opinions, photos etc are mine.