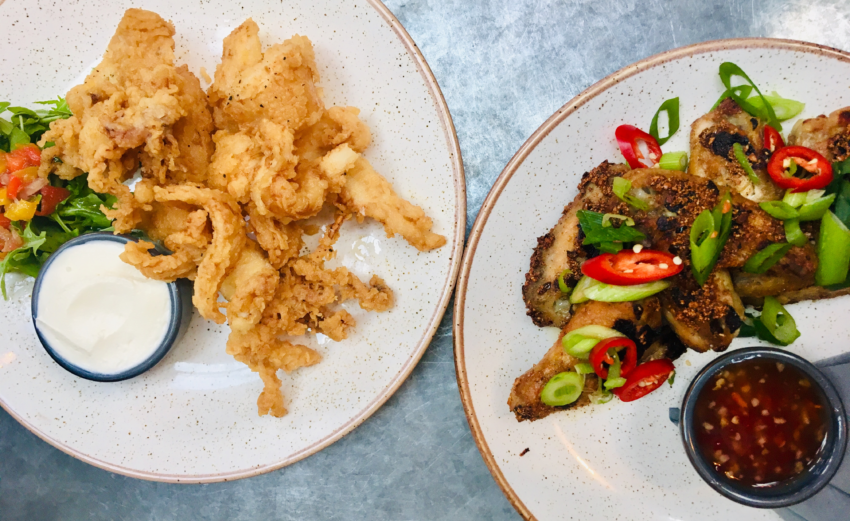 Despite it seemingly raining for most of mid August, summer was still in full flow when I recently revisited The Canal House.

Since attending the launch party two years ago (and partly due to moving into the city centre) this pub has become a regular haunt for me and my husband. We often pop in on a Sunday and, if we’re lucky, nab a spot on the top floor balcony. It’s a pretty pub with lovely views of the canal basin, and if the sun is out it’s a cracking place to get a bit boozed up.

There’s been some menu sprucing of late. While some of the popular staples remain (there’s more hanging kebabs than ever, I think) a few things have had the boot. In a bid to try new things and give the new menu items an outing we picked things we’ve not had before – to start that was salt and pepper chicken wings and the calamari. I was pleasantly surprised by the squid, partly expecting frozen rings. But actually the freshly battered pieces were a mix of tentacles and body, and the quality was excellent. The accompanying sour cream dip was very thick and meant it was less dip-like and more like cream cheese thickness – we didn’t really use it in the end as it kept pulling the light batter apart. Calamari itself though was lovely. The wings were tender and nicely spiced, and you get a fair portion size for around £6.

The Deli board was my main. For £11.95 you can choose any 4 items from a long list, and they’re served with a huge chunk of sourdough. While I didn’t particularly enjoy the honey glazed ham slices (bit rubbery) the coronation chicken was poultry-heavy and pleasantly spiced. The Camembert could’ve done with coming out of the fridge earlier as it was very cold, but tasted nice enough. Finally the quinoa and feta salad was a summery fresh addition to the board, providing some greenery. Ian’s chicken and leek pie came with a big dollop of creamy mash and had plenty of meat and a nice pastry. He said he’d have preferred less leek flavour as it ended up overpowering the sauce inside but seemed content to finish it all.

I washed my meal down with the Elderflower Garden mocktail, which for under £5 is a refreshing option if, like me, you partied too hard at the weekend. Dessert was a shared (Ian are 90% of it, let’s be quite clear there) baked cookie dough. This isn’t new to the menu but it is seriously delicious. Served with salted caramel ice cream it’s certainly one for those with a sweet tooth, but it’s super satisfying. 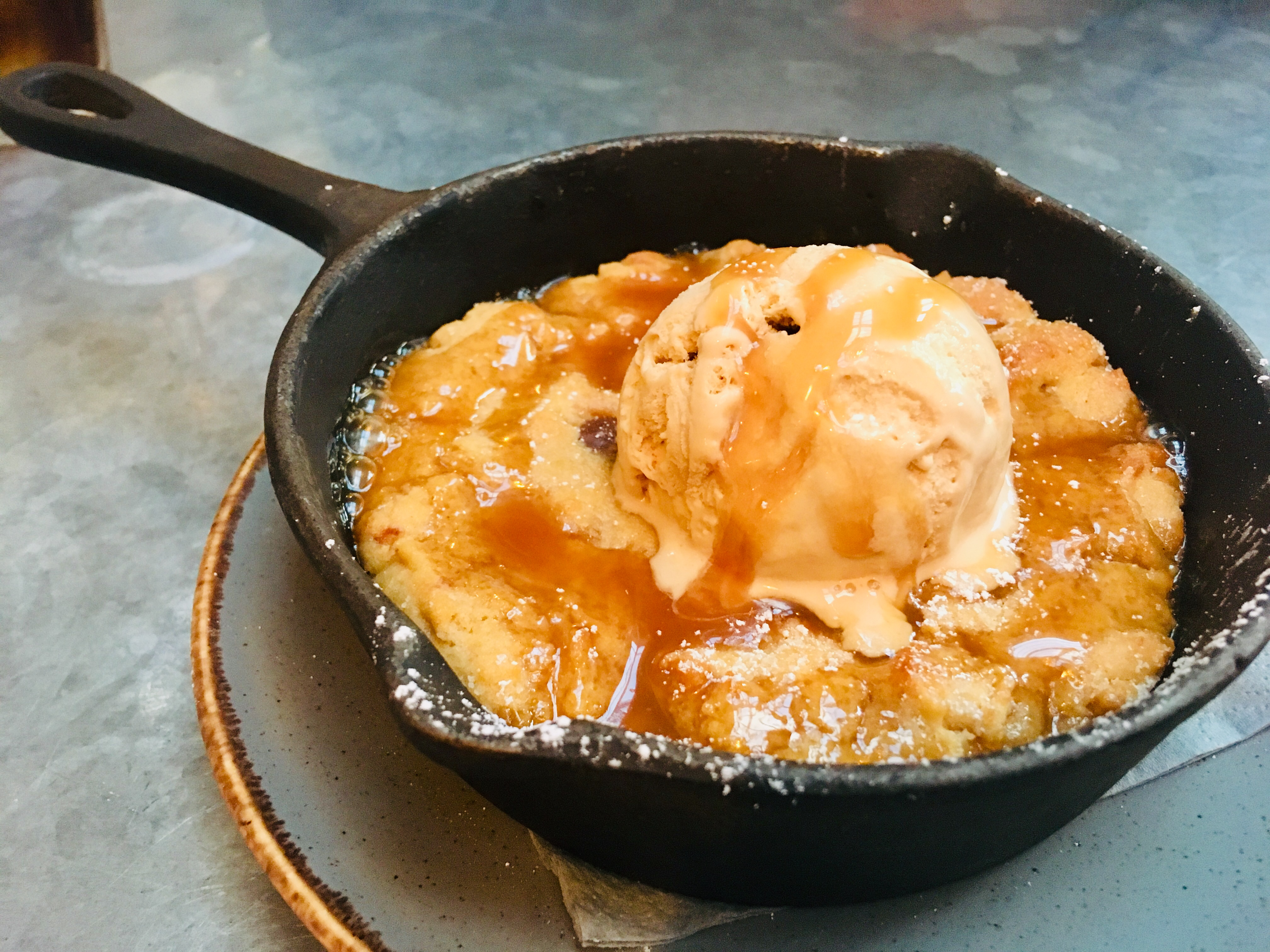 All in all it’s still a cute place to grab a low key dinner and the staff are always lovely. I think it’s fairly well priced for what’s available, and there’s a lovely big terrace outside if you fancy dining al fresco.

Disclosure: Paid for. All words and opinions are own because, as you all know, I have a lot of them.