I first visited The Red Lion one sunny Saturday last summer during a particularly awful bout of hangryitis. My husband (then fiancé) and I sat in the beer garden and tried some of the small plates, but vowed to return to try their famous roast dinners we kept hearing so much about.

Fast forward (an eventful) 8 months, we found ourselves back in the bosom of this hidden Brum gem. Based in the Hockley area of Jewellery Quarter, The Red Lion is a proper old school boozer. It’s homely, full of borderline eccentric charm (hello stairwell mannequin) and serves up massive portions. My kinda place. On Sundays there is absolutely no messing about when it comes to smashing out roast dinners; they’re big and they’re brilliant. 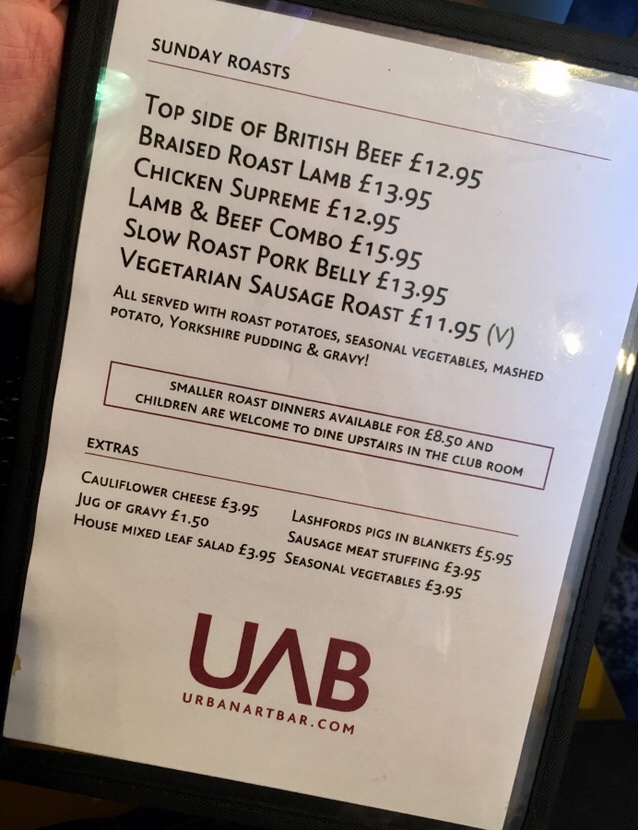 Having had the pork belly previously, beef or lamb seemed the next best choice. Thankfully here you don’t have to choose if you’re indecisive or, in my case, a greedy git. There’s an option to double up on your meat, meaning you can have both should the mood take you. The mood always takes me; unapologetically I like my roasts to resemble battleships. The Lamb & Beef Combo Roast comes in at a somewhat eye watering £15.95, however, once you see the sheer mountain of food that arrives, you immediately realise it’s actually a bargain. 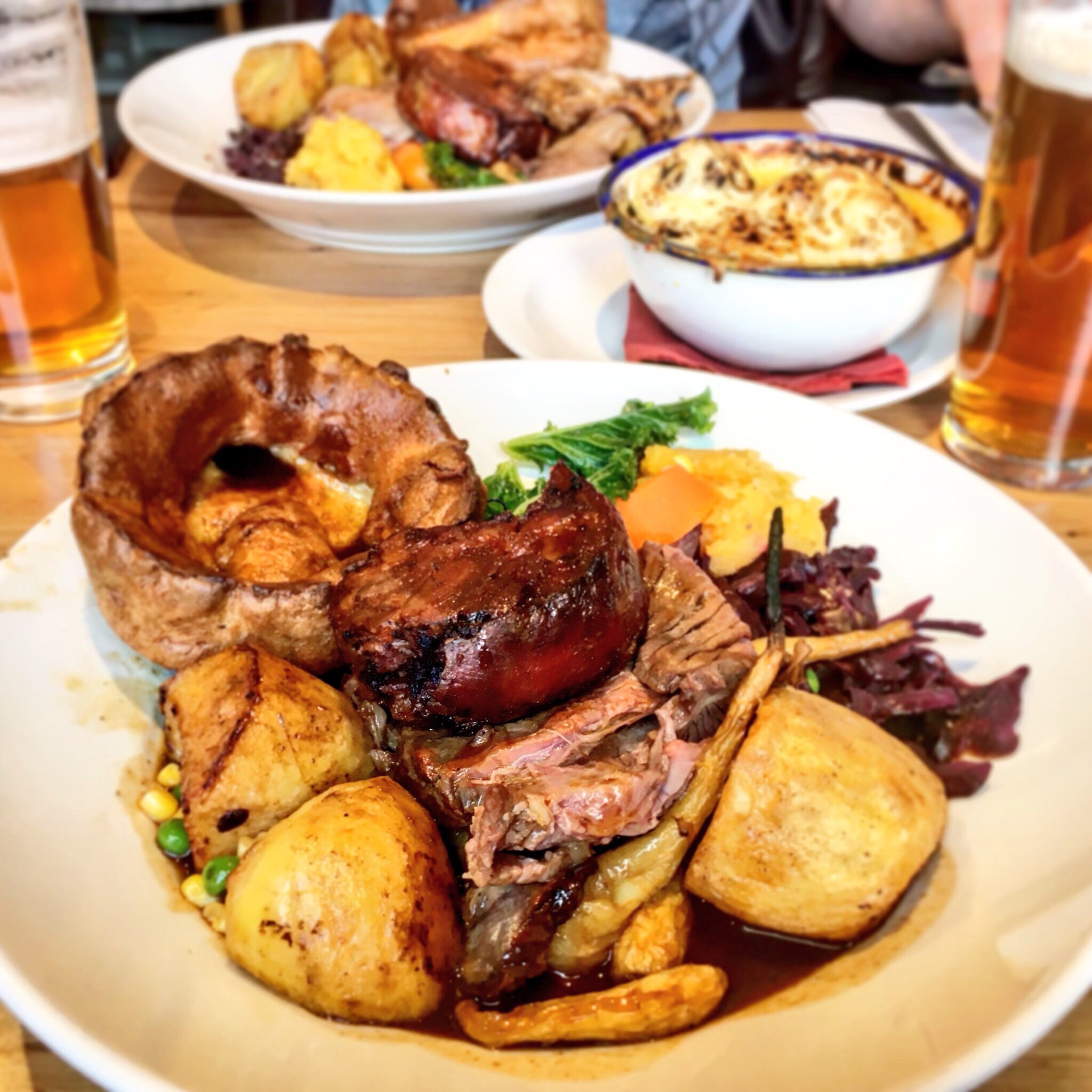 Generous slices of topside of beef and braised leg of lamb take centre stage, surrounded by potatoes (two ways), veg and homemade Yorkshires bigger than my first flat when I moved to this city. They’re remarkable; better than any I’ve found elsewhere locally. Both meats were tender, the meat juices merging with the gravy to further enhance its richness. Speaking of the gravy, it’s packed with meaty flavour and pours like a silky river of beefy perfection. I’m aware it’s not sanitary to bathe in the stuff but I’d gladly give it a go anyway. Ian liked it so much he ordered another jug, and I remembered in that moment why I married the northern scally. 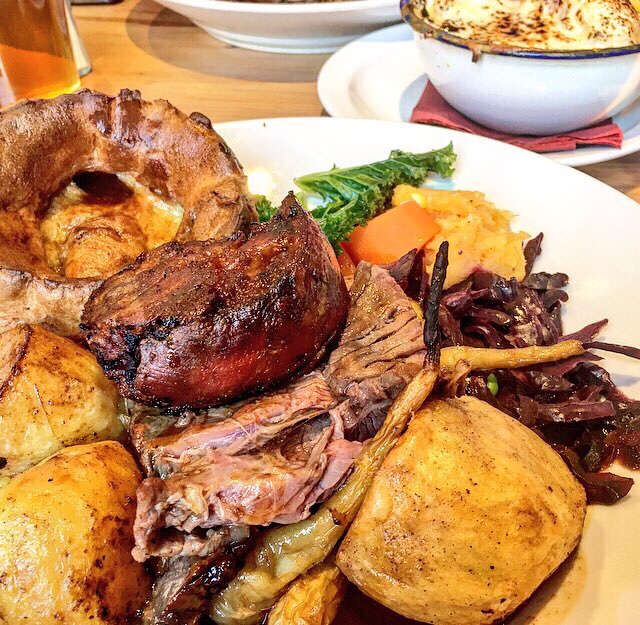 Fluffy inside but crisped for a satisfying crunch externally, the roast potatoes came with a secondary carb injection via fluffy mash. The buttery dollop also put a smile on my hungover husband’s face, which isn’t something I’d managed with an offer of a long walk. Surprising that.. The array of seasonal vegetables take up the remainder of the space – of which there’s naff all really – all classic in choice and presentation. The purple cabbage ended up being something we clashed over (I’m on team cabbage FYI) proving yet again that I can start a fight about pretty much anything. 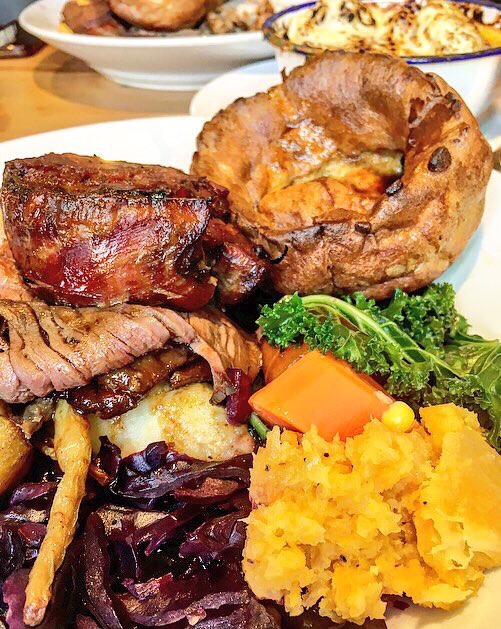 We also ordered additional Cauliflower Cheese (£3.95) which had a rich sauce flavoured with enough mustard to give it some welly but not lose the cheese hum. I’d have liked my vegetable itself a fair bit softer but it’s a good, solid effort. It’s also big enough to be a meal in itself, quite frankly. 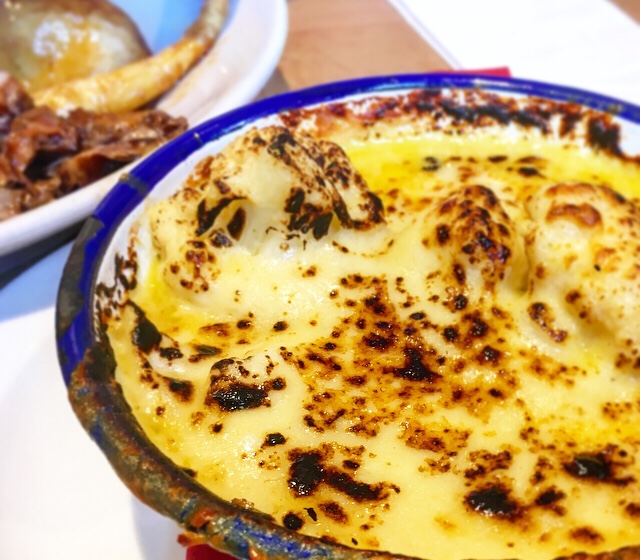 The bill with a beer each came in at £47, so it’s far from the cheapest option in Jewellery Quarter, but it’s bloody tasty. Is it the prettiest roast dinner you’ll ever have? No, but who cares when it collectively tastes so fantastic. Honest, homely food in a place packed with personality and genuine warmth from the staff, it’s best to book ahead if you want to guarantee yourself a seat at the restaurant tables here. For good reason this place gets rammed come a Sunday.

Do you like this place? Have you got a favourite city centre pub for a roast dinner on a Sunday? Let me know in the comments.

Disclosure: We paid in full for the food and drinks (no doubt much to the annoyance of some people who really should get out more and stop belittling other people for their own gain). All words, photos and rotund belly are my own