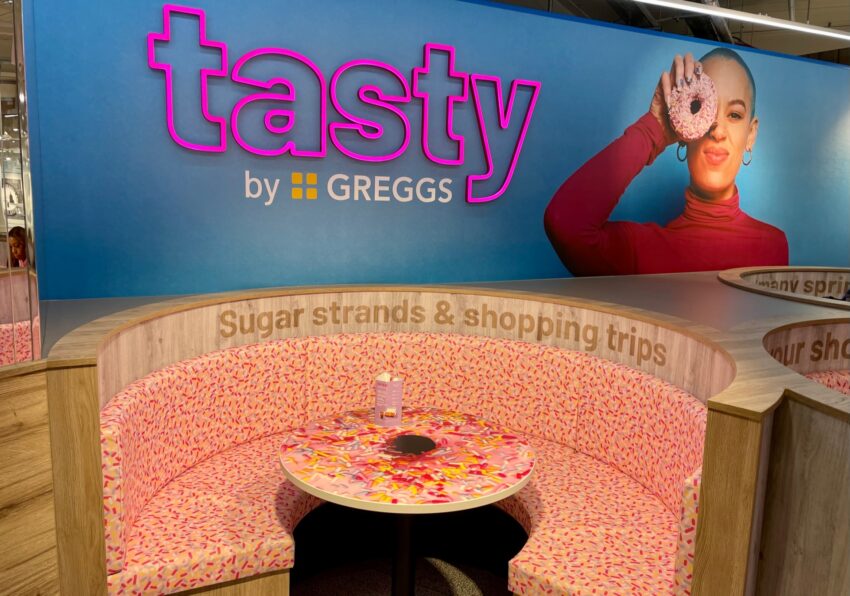 Ok lads, buckle up – have I got a treat for you today..

Out of morbid curiosity (and because a few of you weirdos have actually asked) I went on a thrilling adventure to Primark this week to see what the new ‘Tasty by Greggs’ cafe is all about.

On my way there (in between laughing at myself for agreeing to do this nonsense for others) I pondered two things: 1) surely all the clothes smell of pastry, and 2) if there’s no mechanical sausage roll I can ride with a steak bake hanging out my gob, I’ll be livid. 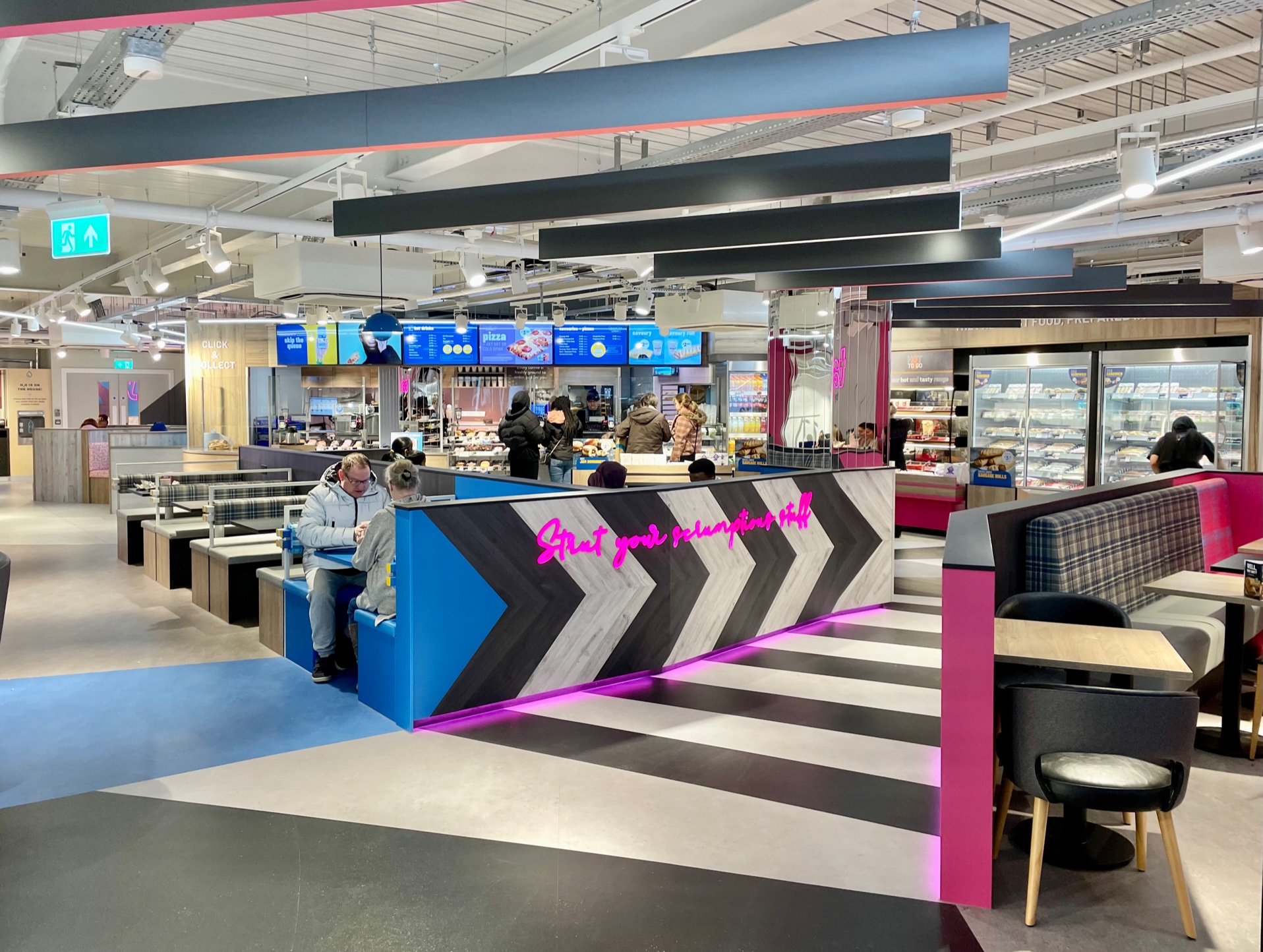 I found it on floor -1 (by the men’s section) by following the sugar rings marking the way, like some sort of fast food Frodo Baggins. It’s in your face neon colourful. The kind ‘kids soft play’ level bright that makes you wish you had brought sun glasses or not had that last martini you definitely didn’t need the night before. Unsurprisingly, it also really smells like baked things and sugar.

Let’s be clear – this cafe is big. The place is bigger than Prince Andrew’s legal bills. It’s also a full sensory overload of random things I don’t really understand.

There’s a self-service coffee station in the form of a sort of truck type set up (great if you’re in a rush or simply hate talking to other humans) and a fake phone box… no, I don’t know why either. 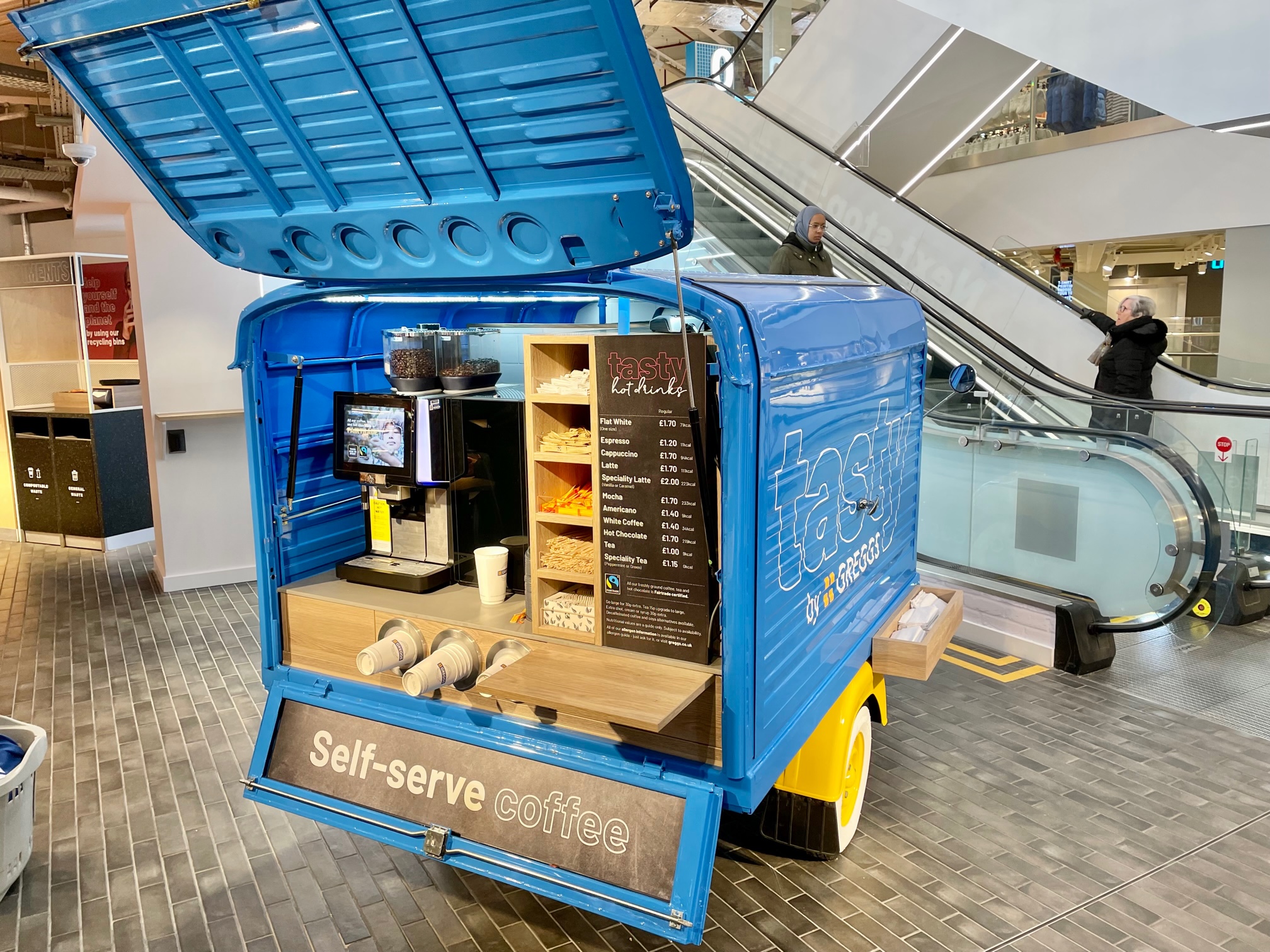 There’s also this outside/inside bit with fake grass, too. Because god knows we didn’t all do enough ‘coffee on public benches’ during the super fun Covid Olympics…

The last time I sat on a doughnut it was an inflatable in a pool on a hen do and I don’t remember going home that night, but here you can sit in a whole booth made of a sprinkle covered one. There’s lots of seating areas, all seemingly with different themes, and they’re all clearly designed with kids or Instagram in mind. Except the bit that’s cover in a sort of old man tartan jacket type fabric. 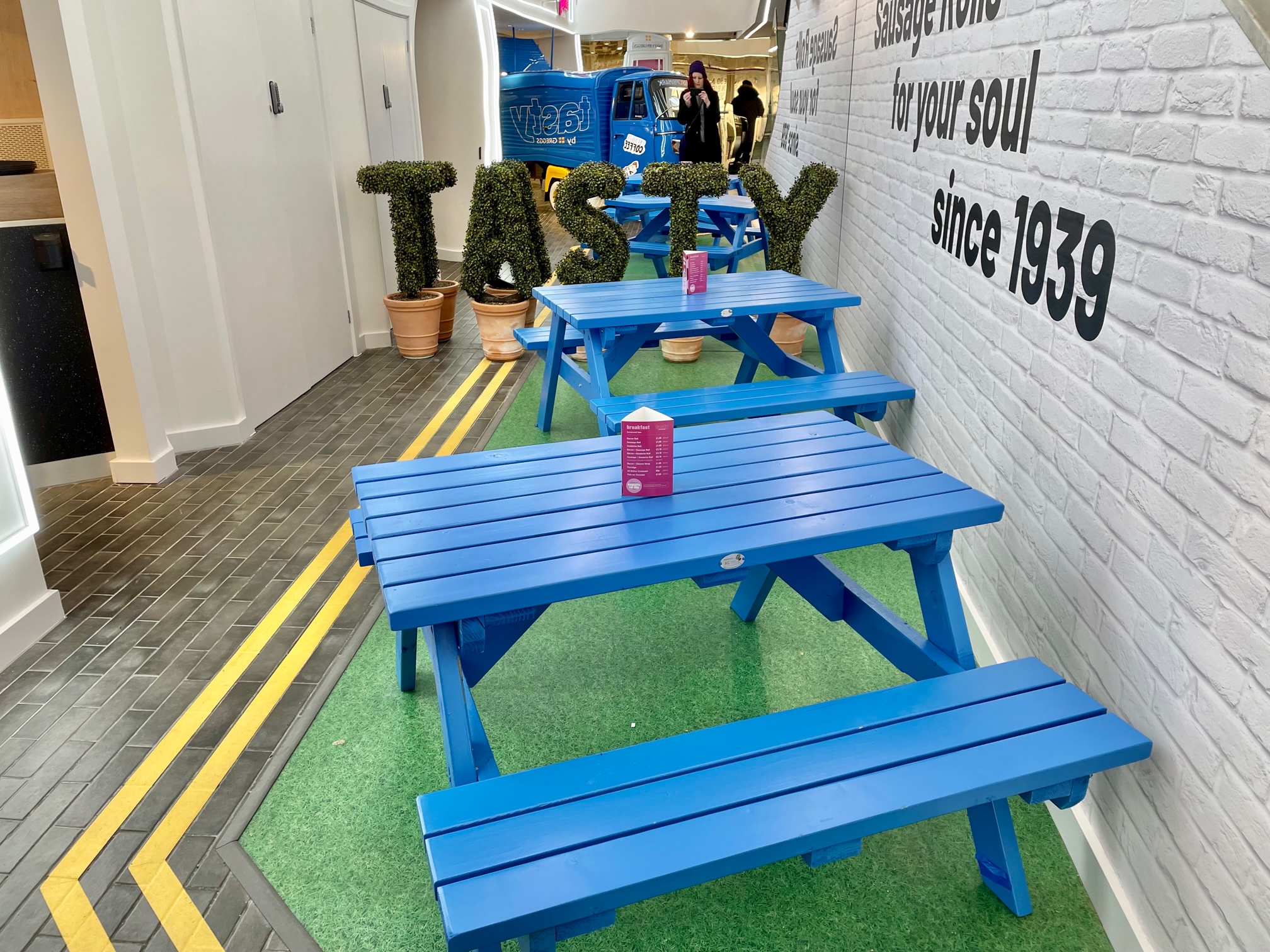 Case in point, I found an area that one can only assume is designed for taking selfies, complete with multiple neon lights and a doughnut swing. They really want you to know the sell doughnuts here.

Food wise it’s exactly what you’d expect from literally any Greggs anywhere except there’s twice as much of it. I procured a pack of rolls avec sossidge but couldn’t be arsed to take my Invisalign out to eat any. I promptly forgot about them until I found them in my handbag so I gave them to a homeless guy I know on my walk home. I told him about the Greggs x Primark collaboration and he also thought it sounded ridiculous.

Before leaving I tried to find the Greggs x Primark garments but I think I was too early. Did a Google though… it’s defo the holiday sliders for me. Apparently you can also get hoodies and T-shirts. Mother’s Day is coming up – you know what to do, kids. 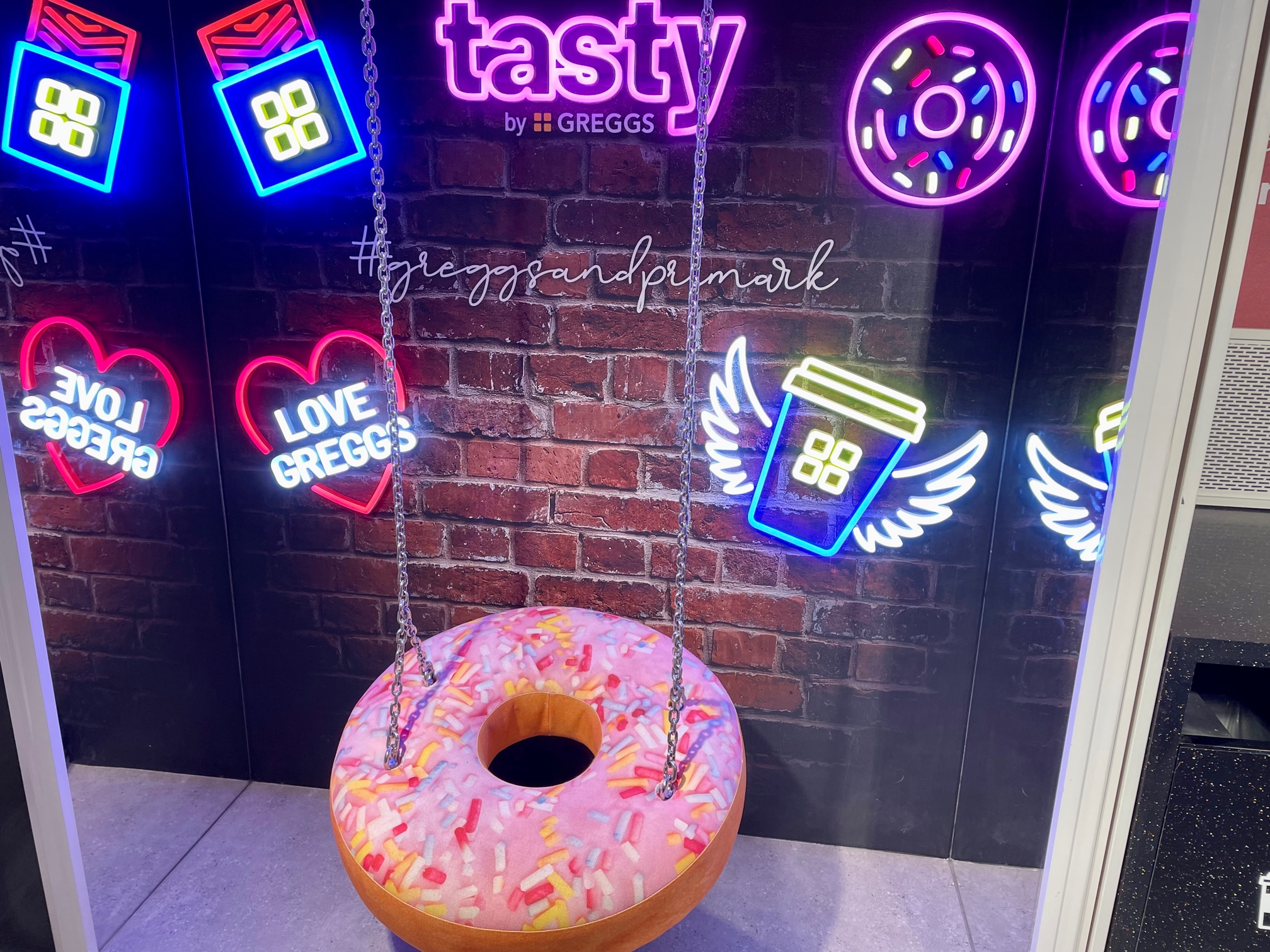 So what’s the verdict?

Sure, we’ve got the most Michelin stars outside of London and some of the most innovative chefs in the country, but now we’ve got this Greggs in a ruddy massive Primark I’m sure we’ll be right up there on the culinary map. Rejoice Birmingham! Our time has come.

You can see more of this glorious adventure via this incredibly well put together video. Quality content, I’m sure you’ll agree.

I’m sure it goes without saying, but this is silly and meant lightheartedly. Do not take this seriously and whinge to me about it. As I always say, to each their own and enjoy whatever makes you happy. I attribute Greggs sausage rolls for keeping me alive during some of my worst hangovers and, as you all know by now, I don’t practice food snobbery ✌🏼