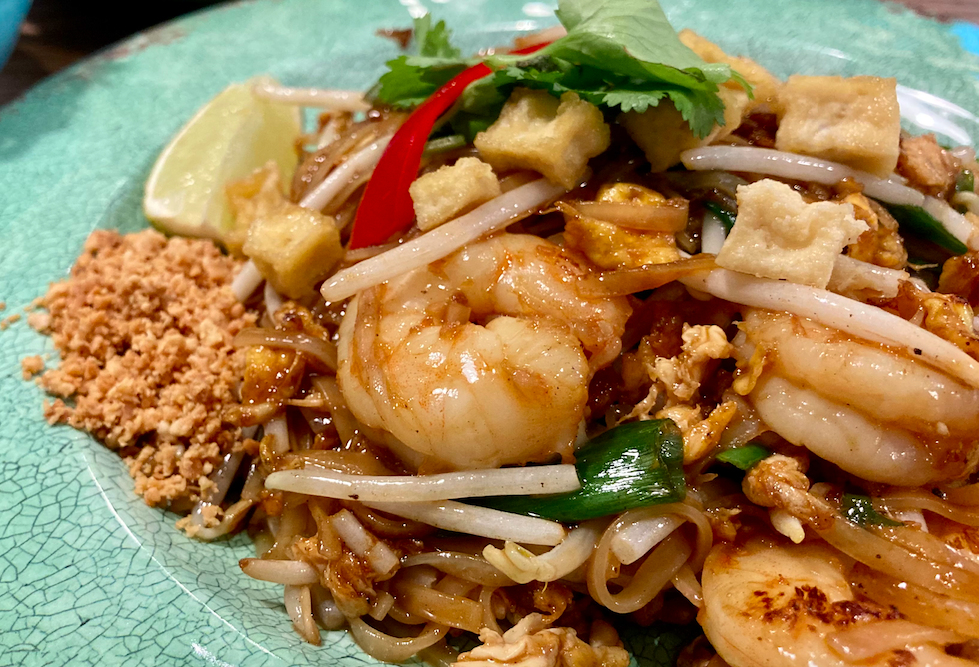 One of various Thai restaurants to open in post-apocalypse Birmingham, I’ve recently given Rosa’s Thai a try.

In fact, I gave it a go twice before writing this. The first visit was during the launch week, while the half price offer was on, and the second was 2 weeks later. I wanted to give them time to settle in and let them get to know their brand new kitchen and team before writing anything. The verdict? Both visits were fine. Not awful, not brilliant – just fine. Mostly. Let me explain…

Let’s start with the positives. The restaurant is airy and attractive and it’s in a great location – it will no doubt be relatively busy all the time because of where it is as part of the growing Paradise complex. The menu isn’t huge (suspect they’re running a reduced menu initially) but has most of the dishes you’d expect from a Thai restaurant in Birmingham not Bangkok plus some of Rosa’s in-house specials, so there’s a decent choice. 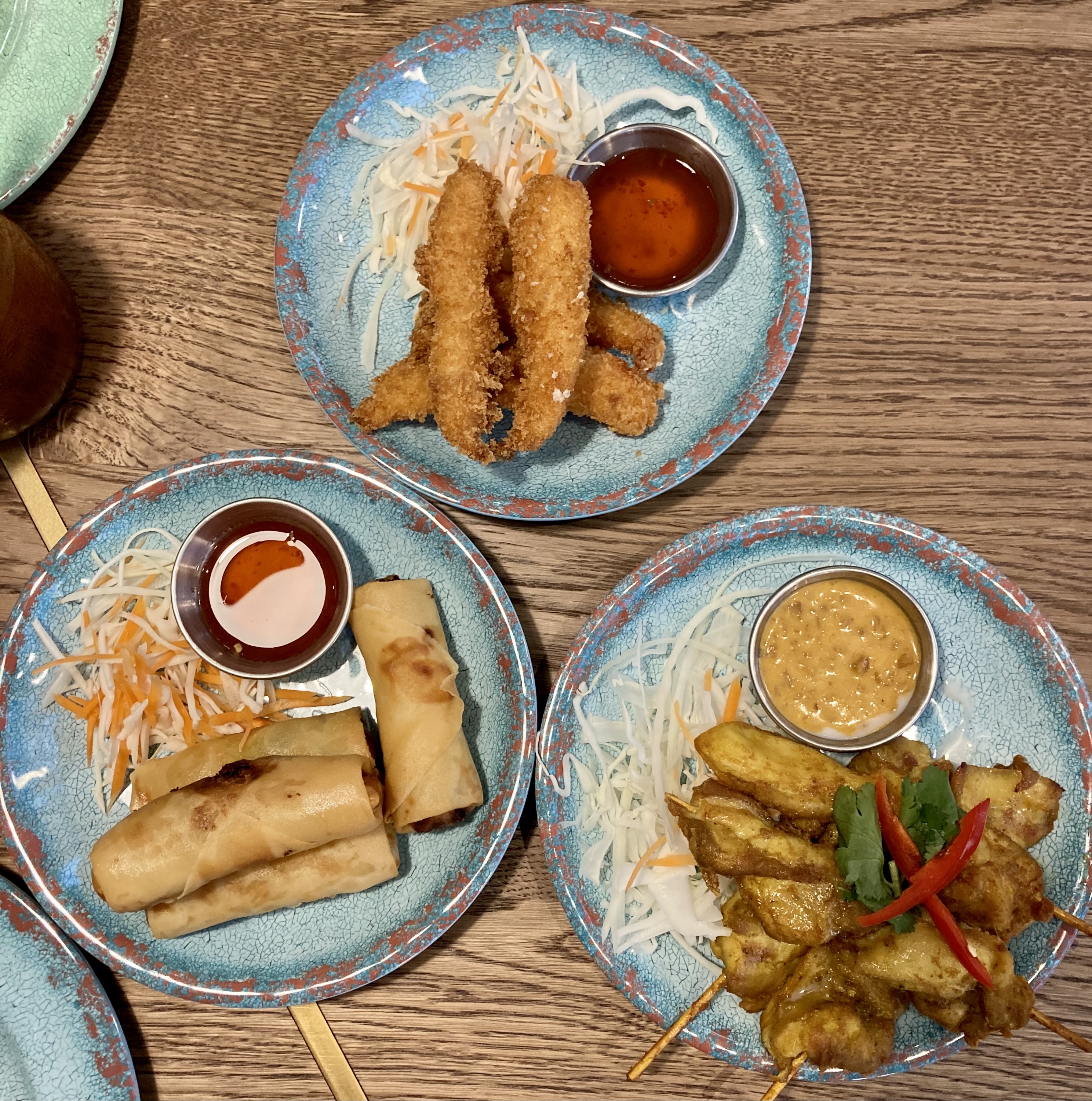 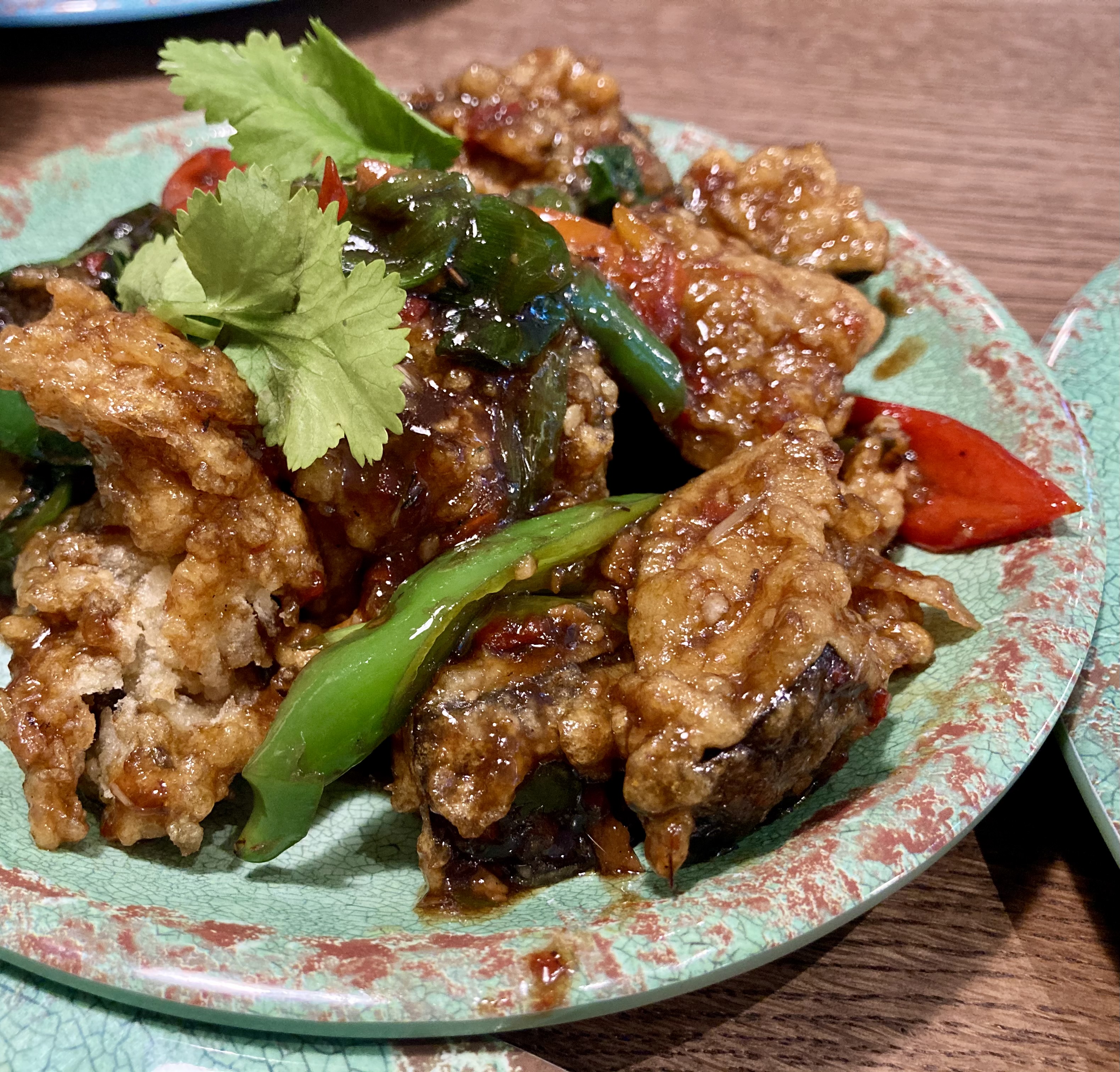 Some of these are perfectly nice. The crispy aubergine in yellow bean sauce (pad makhuea if you fancy trying it) made tasty work of an often boring vegetable and had a pleasant hum of heat – have it with some jasmine rice and you’ve got a decent main. From the starters the crispy prawns come plump and fresh from the fryer. Spring rolls, while a bit greasy, had great crunch and were packed with various veggies. As with all the starters you get a decent amount per portion and they’re good for sharing as everything seems to come in a four. The Thai-pa bottled beer is also really lovely, as is the ginger iced tea.

It’s not all fun and games, though. A dry chicken satay lacked any real flavour from either the meat or the watery peanut sauce, and had an almost stringy texture in parts. The prawn pad Thai, while plentiful, was let down by overcooked rice noodles making the dish quite stodgy and heavy. The same issue arose at the second meal (different dish) so I can’t put it down to a one-off slip, really. It feels a bit like they go for quantity over quality but all any of us want is really tasty food. The chilli indicators on the curries, for example, don’t seem to make a difference to what you end up with, which as a spice fiend is ultimately disappointing. The red curry tastes more like a korma than any Thai curry I’ve had. The meat quality isn’t particuarly good either (the beef has more chew than a pack of gum) so I’d stick to prawns – unless you hate shellfish in which case enjoy some spongy chicken. 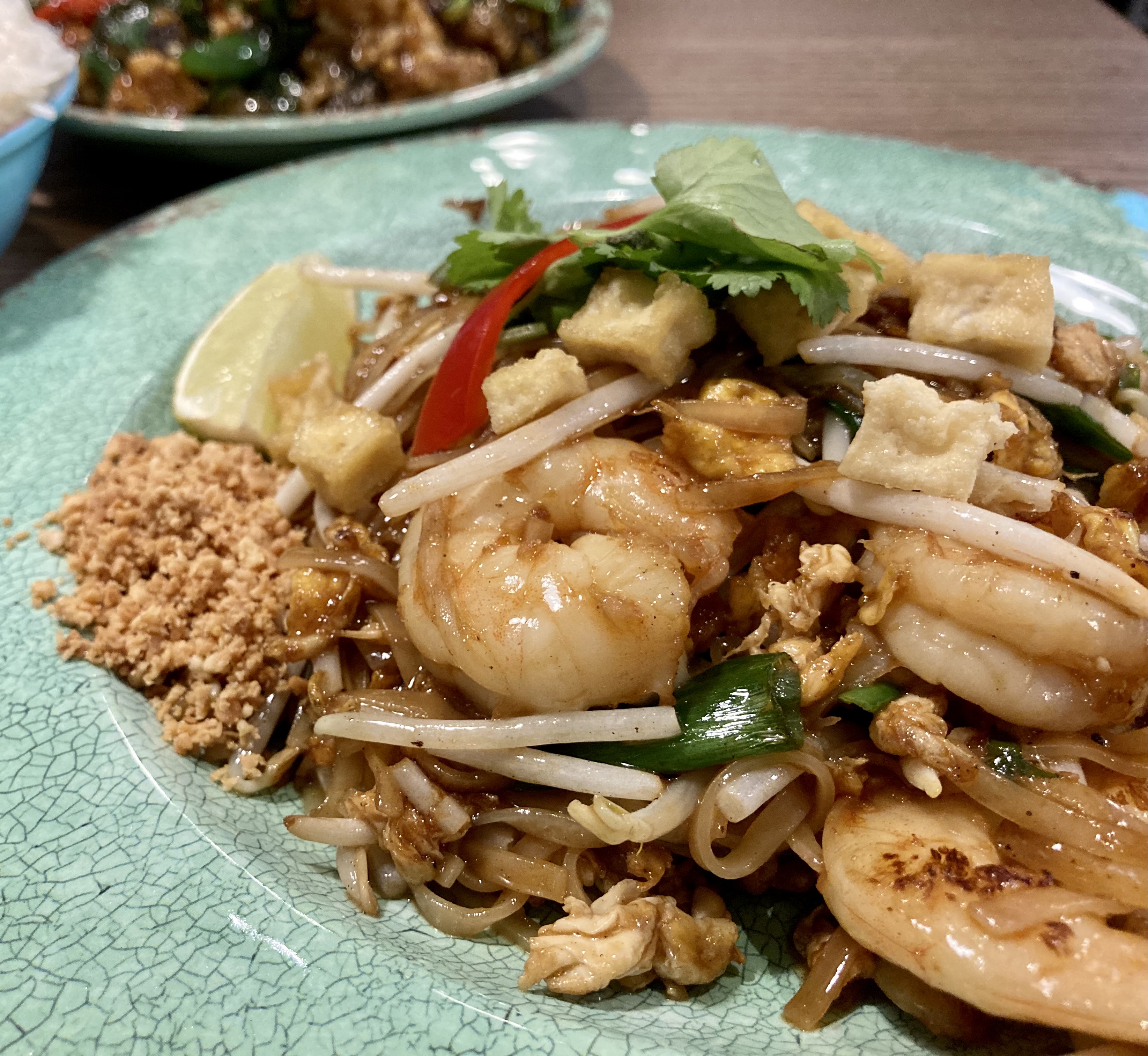 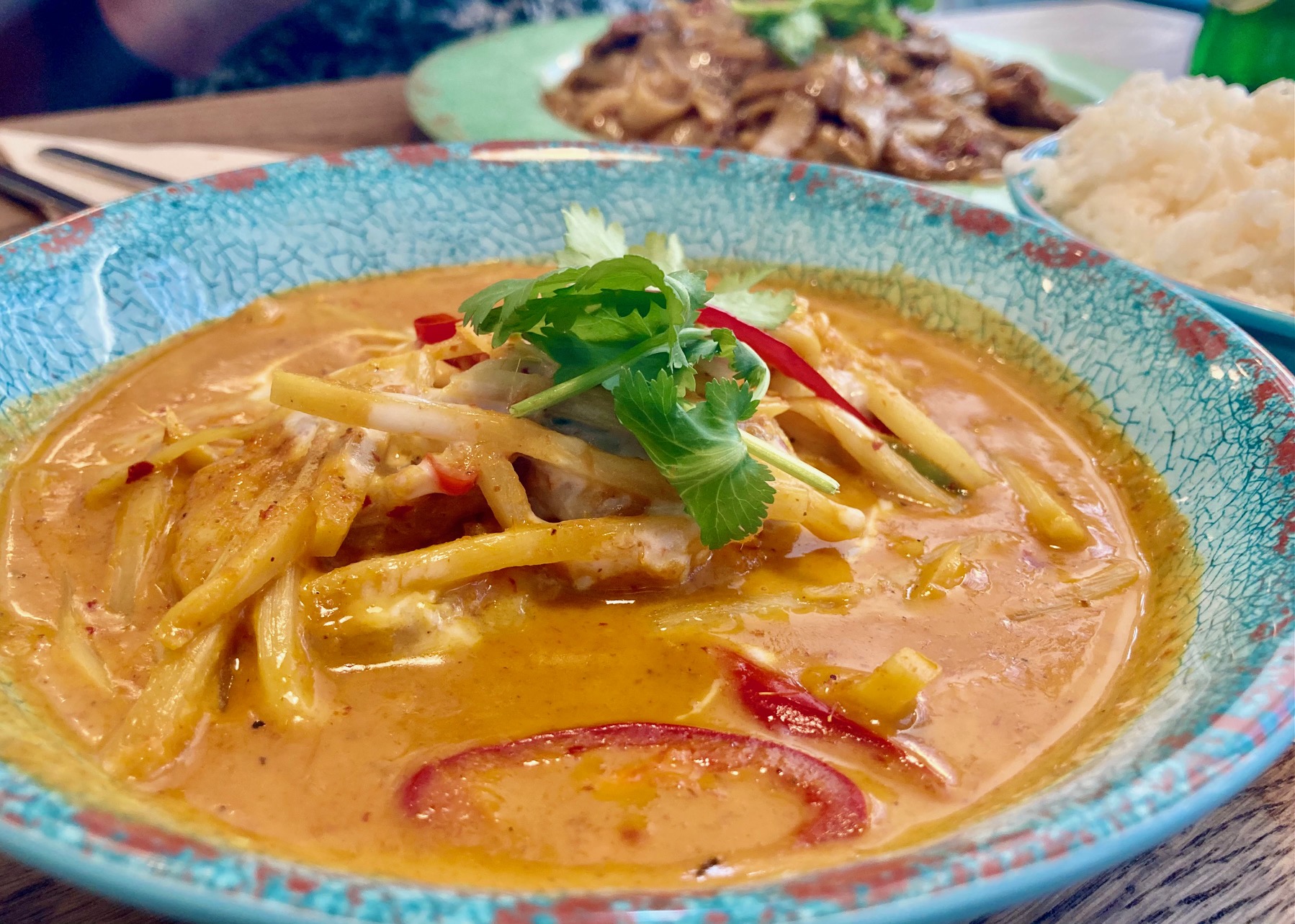 Service is swift and friendly, if perhaps overly attentive. On the first visit with a friend our conversation must have been interrupted about 4 times for no real reason. A similar thing happened at the second visit, which might sound like a first world problem but isn’t ideal when you’re trying to catch up with friends after being locked up for the best part of a year or enjoying a date night.

In summary, I didn’t love it. There’s aspects I liked and some I just found quite disappointing. Something just doesn’t quite hit the spot – mostly the lack of authentic, bold flavours. Where’s the spice from chillies and freshness from herbs? Why did the (perfectly nice) crispy squid have a mound of basically raw onion chunks all over it? Why have a cocktail section on the menu if you only serve one mixed drink? There’s more to like about Sabai Sabai a 5 minute walk away on Waterloo Street for basically the same price, and I’d still head there for a Thai food fix in the city centre. 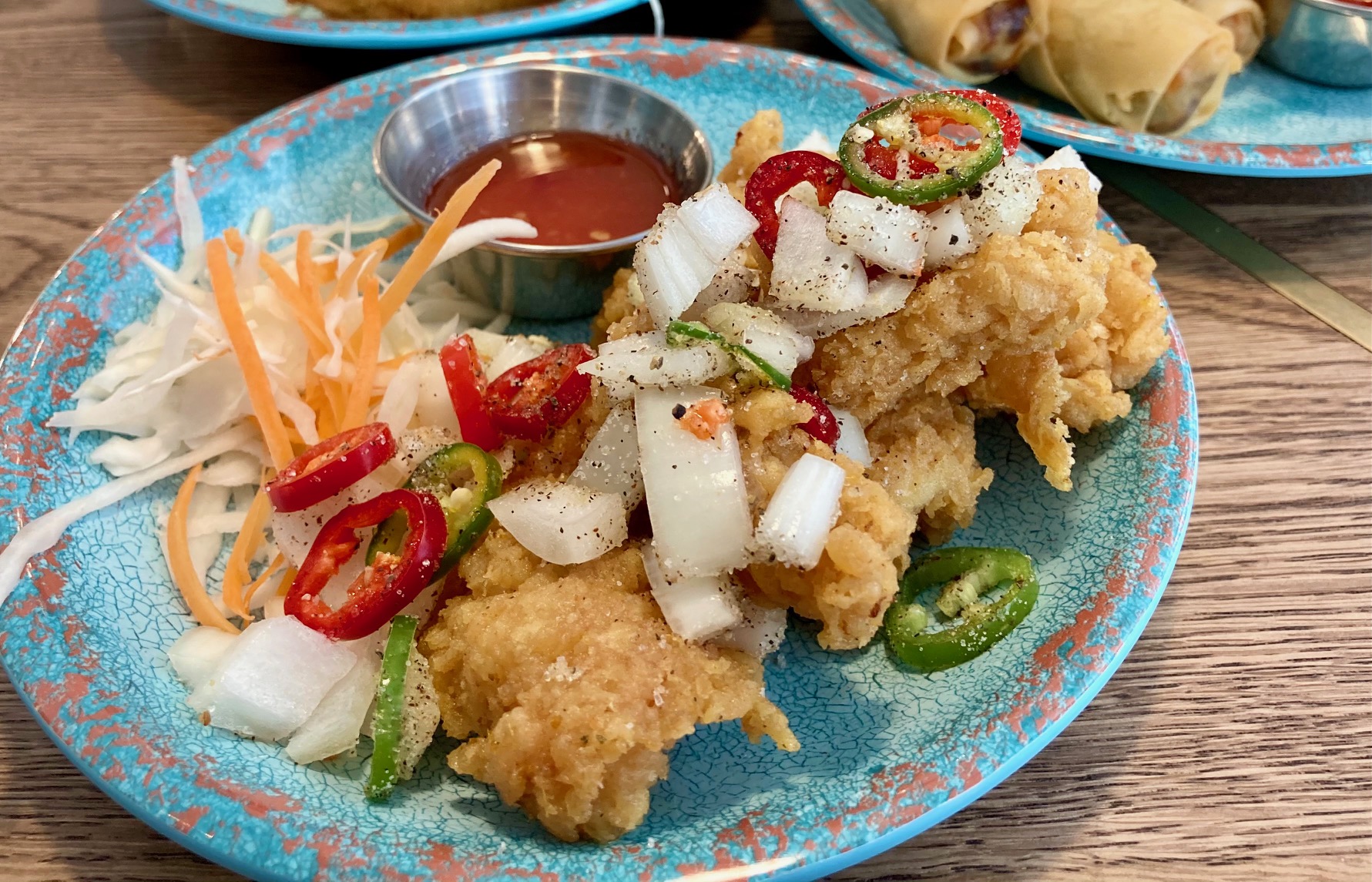 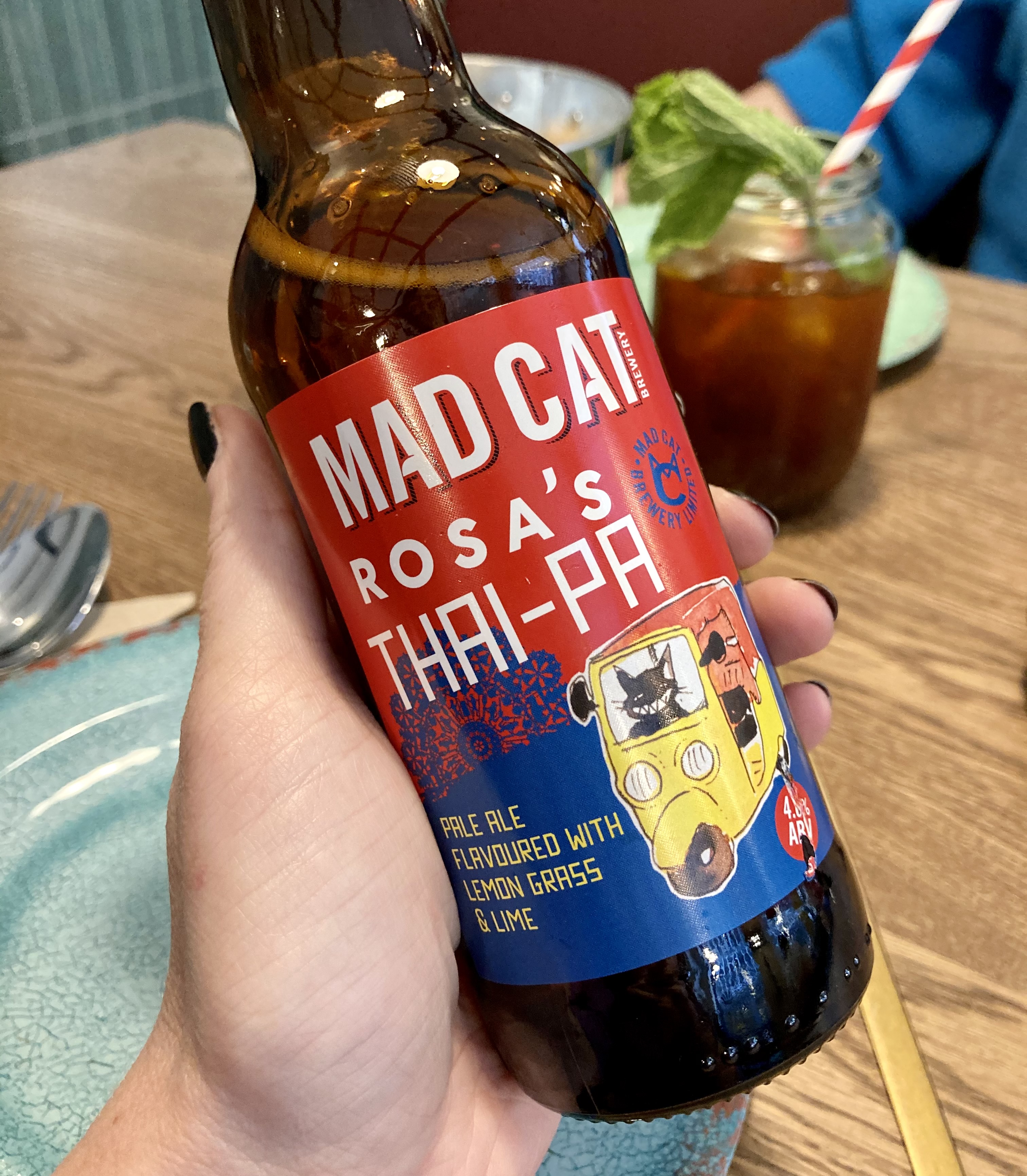 You’ll find this place between Dishoom and Centenary Square by the library. It’s mainly indoor seating but there’s limited outside space available for walk-ins. Note this is a restaurant not a bar so probably best to skip entirely if you just want drinks.

Note: part of the second visit was paid for using credit provided by the venue. I paid for my initial visit.

Hello there! You look nice; new dress? If we’re not pals on Instagram yet you might like to follow BYB there – daily stories, food chat and all the crap memes you could ever wish for. Lucky you!