You’ve probably seen that Fillet of Soul has now opened on Bennetts Hill, after the launch was previously postponed due to a potato shortage we can probably blame Brexit, Boris or some other awful thing beginning with B for.

Part of the Bitters & Twisted group and taking over the site left by the not very memorable Buffalo & Rye, the venue was splashed around social media a lot before the doors opened with promises of the “perfect” fish and chips. That’s a bold claim in a city that’s notoriously a bit crap at them – but I admired their balls and was eager to try. Truth be told, it was a slightly mixed bag, partly for reasons beyond their control, but overall a happy experience. 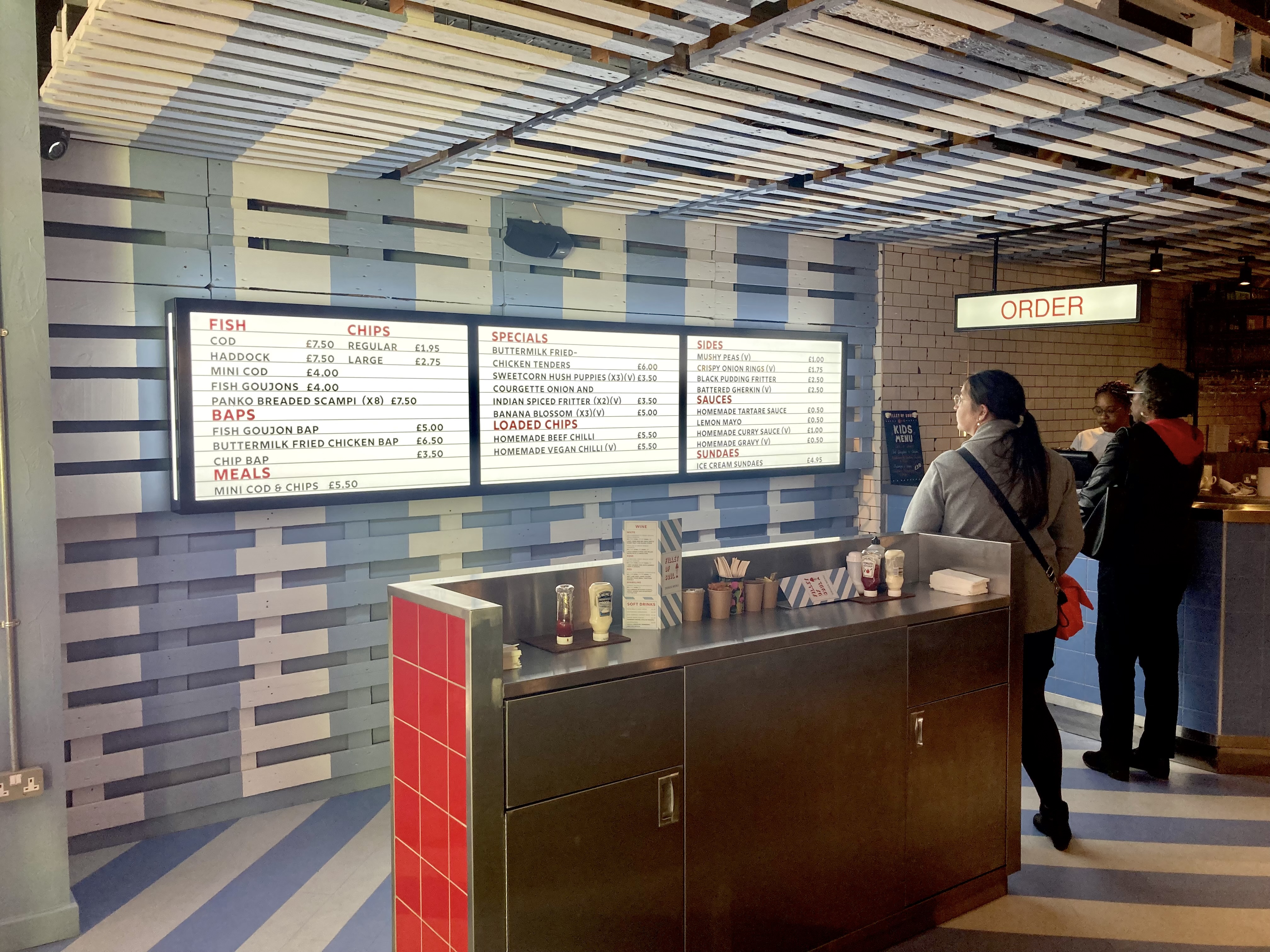 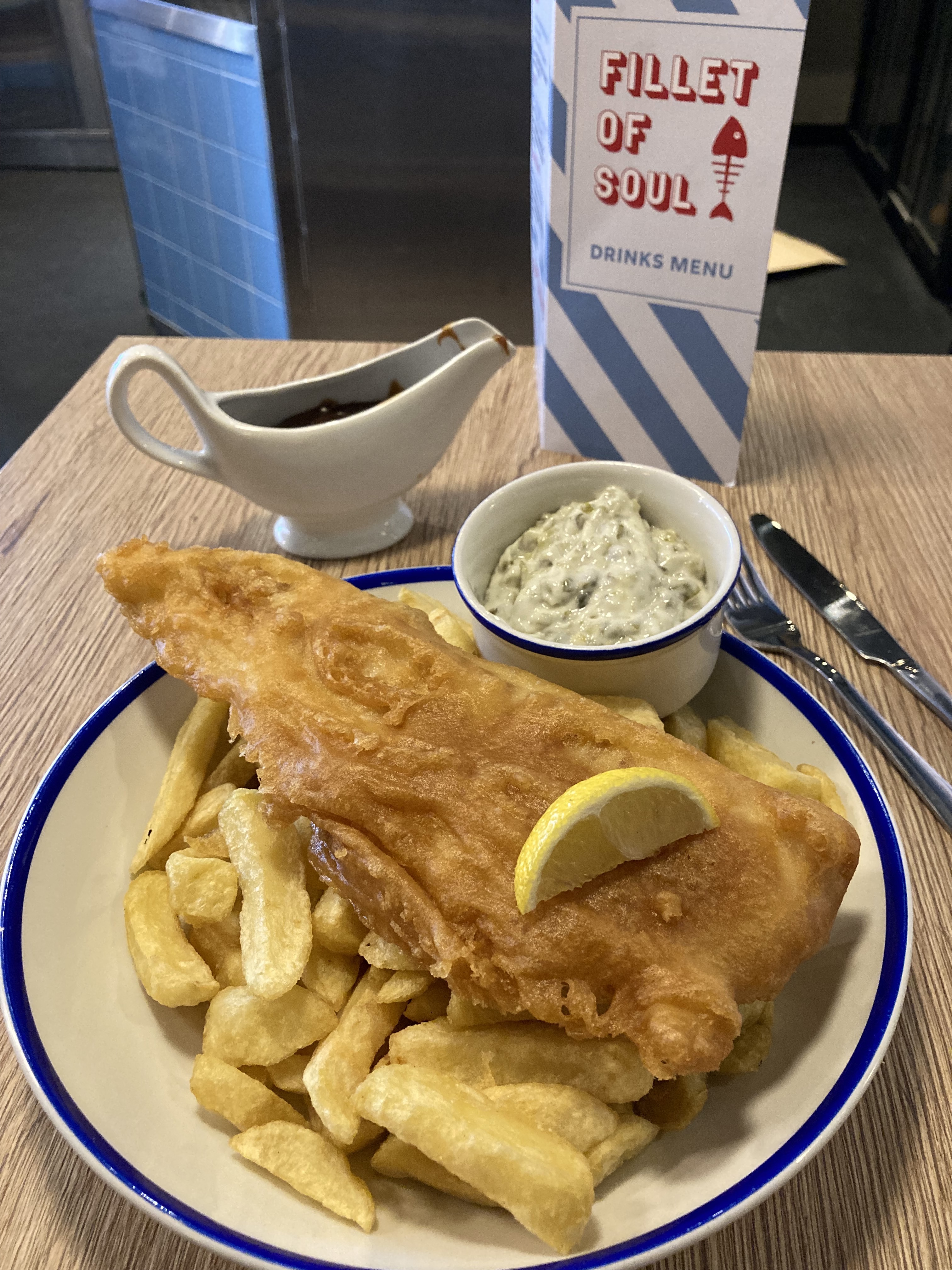 Let’s dive straight in. I was disappointed to find no haddock available (despite it being one of only 3 fishy options) due to supply issues – this seemed to be a theme as other items were unavailable. Despite that, the cod and chips were both decent. Crisp, light batter on the fish and chips fried in beef dripping (or rape seed oil if you’re veggie/don’t like joy) that were nice and fluffy inside. The homemade curry sauce is more katsu-like than the stuff you’ll find in your basic chippy, but at least it’s not made with hot water and aggressive stirring. Great for dipping, as is the delicious homemade tartare sauce that’s perfectly chunky and got just the right acidity. 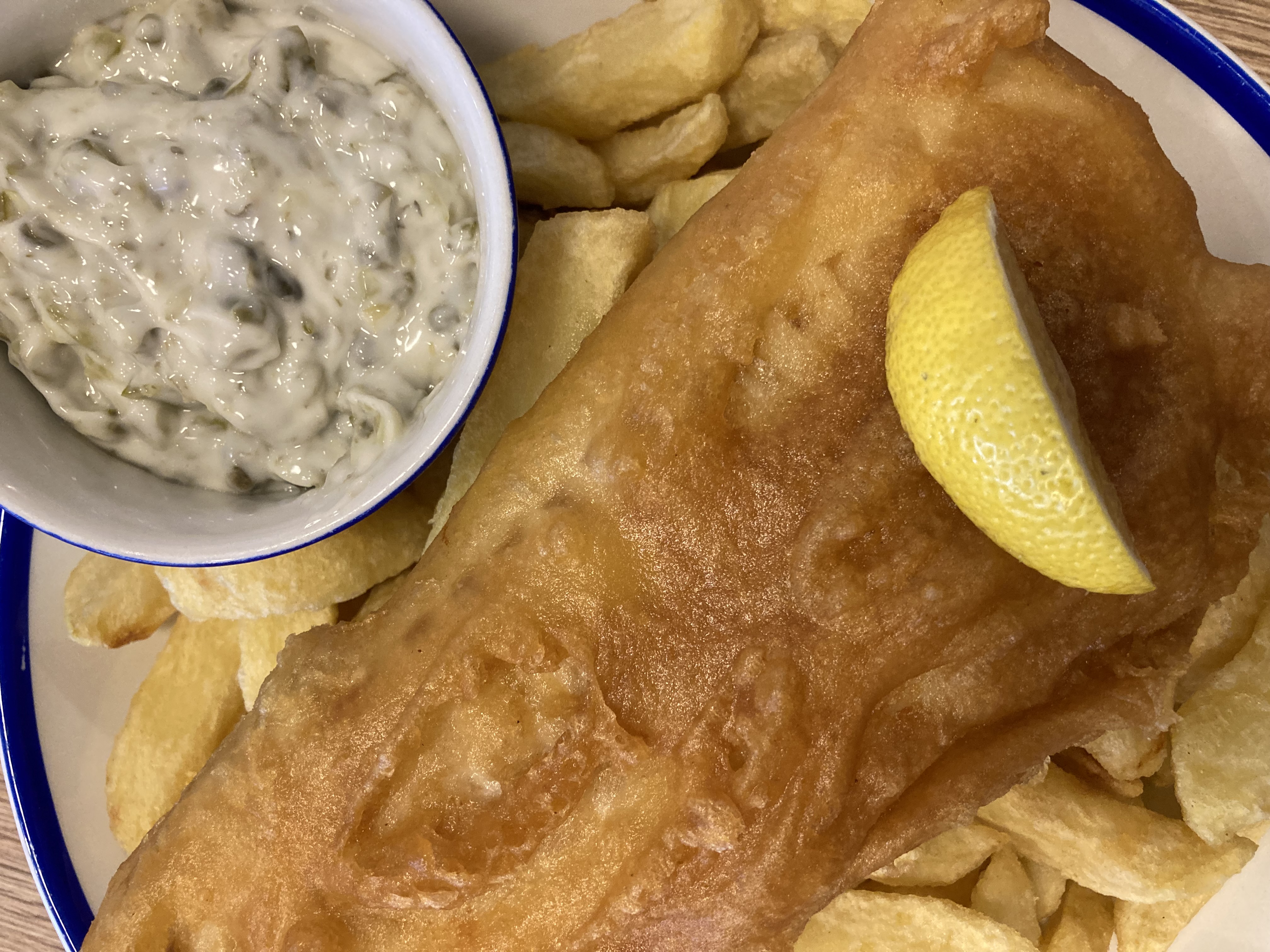 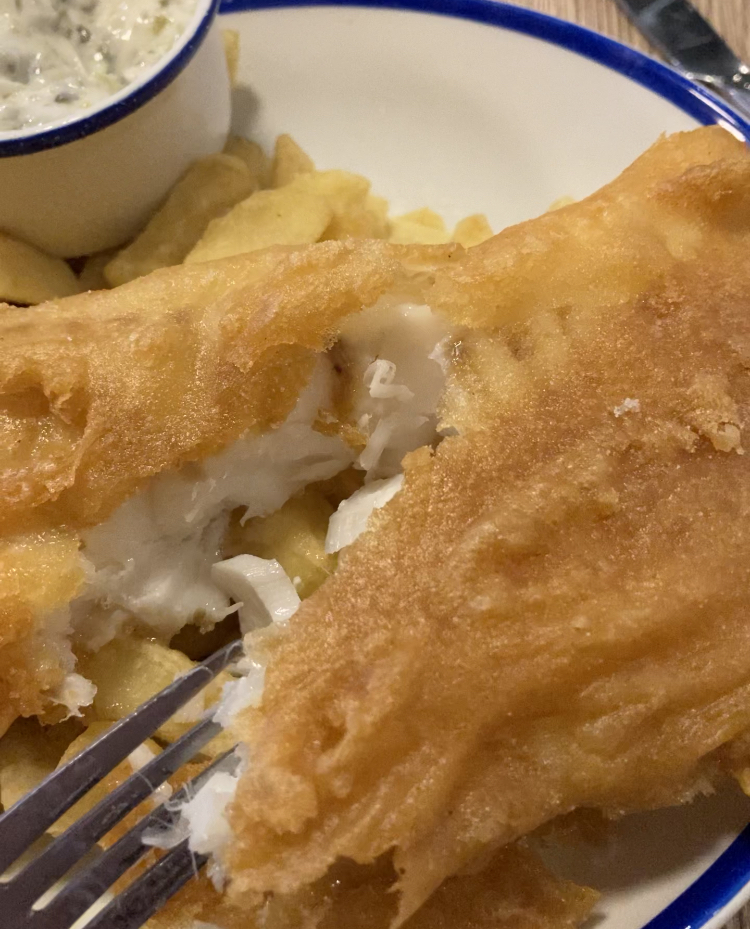 Better than anything like it I’ve had in the city centre this side of 2010, I liked that every order is cooked fresh rather than sat about sweating and going floppy under a heat lamp for hours on end more than anything. In hindsight, I wonder if the beef dripping makes the chips a bit heavy but either way they still taste good. They also have gravy here (which apparently is illegal in 90% of Brum’s chip shops) so that’s a plus for me, although it was thicker than the cast of Love Island. I’m not sure about the additional snacks like hush puppies and chilli loaded fries (neither remind me of the traditional British chip shop intended and seem like odd additions) but to each their own. Love that you can just get a chip bap for a few quid if you just want a snack, rather than a massive meal.

A meal will cost you about a tenner – you get a decent feed for your money. Is it perfect? No. But we’ve had such tragic offerings in the city centre for so long (my heart definitely belongs to Grimsby and Cleethorpes) Fillet of Soul makes a pleasant addition to one of busiest streets in town. If they can keep up a quality offering (maintaining a standard in ingredients as well as cooking them like this) they’ll do well in what’s now quite a prime central location. Consistency and keeping on top of the queue will be the key to success here..

It’s open now from Wednesday to Sunday and welcomes both (limited) sit in and takeaway, plus there’s booze including cocktails if you fancy getting pissed with your plaice. Been already? Let me know what you think over on Instagram. I also like receiving photos of dogs being amusing.

Disclosure: there’s been various freebies kicking about for this but I paid in full and gave it a week or so after opening to give it the best shot. Words and pics are mine because no one else would want them.