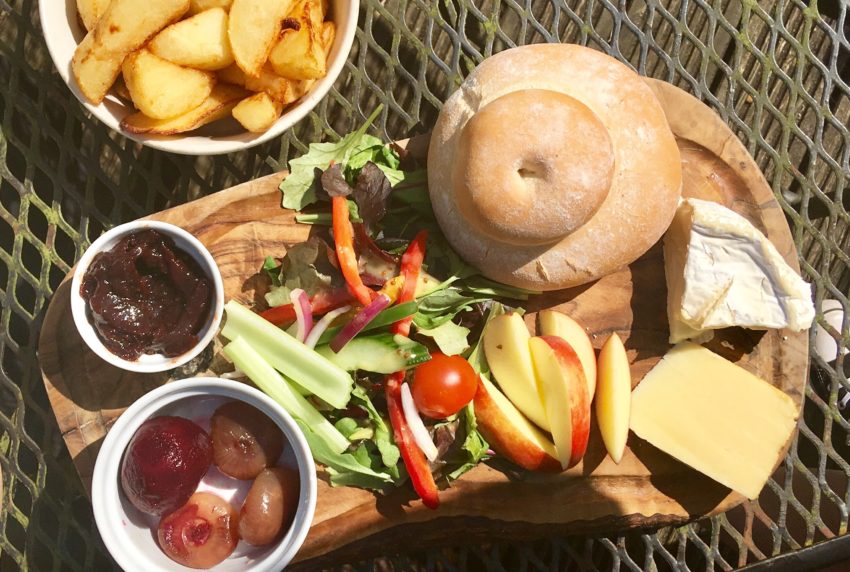 The last time we tried to eat at Worcestershire pub The Vine Inn, we actually didn’t manage to order any food. Grab a brew for this one, it may take a while..

You see, some friends and I once decided to go for a long country walk, culminating in (what was meant to be) a hearty pub lunch. After a jolly jaunt around the Clent Hills, we all bundled back into my friend Lauren’s car, alongside her very sprightly spaniel: Lucky. Arriving at the pub we ordered drinks and headed to an empty table, but (cutting a long story short) didn’t actually get to drink any of them before Lucky decided to jump all over the place and knock everything over. Everything. As glasses smashed in slow mo and orange juice pulp covered the walls, the quiet pub was no longer quiet. After several overly elaborate British apologies we – alongside a totally unaware dog that gave as many fucks as me after a bottle of Shiraz – legged it from the pub. Doggos mum, Lauren, being one of the nicest human beings on earth, was mortified; Lucky sat with a ball in his mouth utterly unaware of the carnage he’d caused. We never did get lunch that day, deciding it was best to escape the countryside and retreat back to the city where people give you smoking drinks in conical flasks and music blares from speakers. We didn’t take the dog. 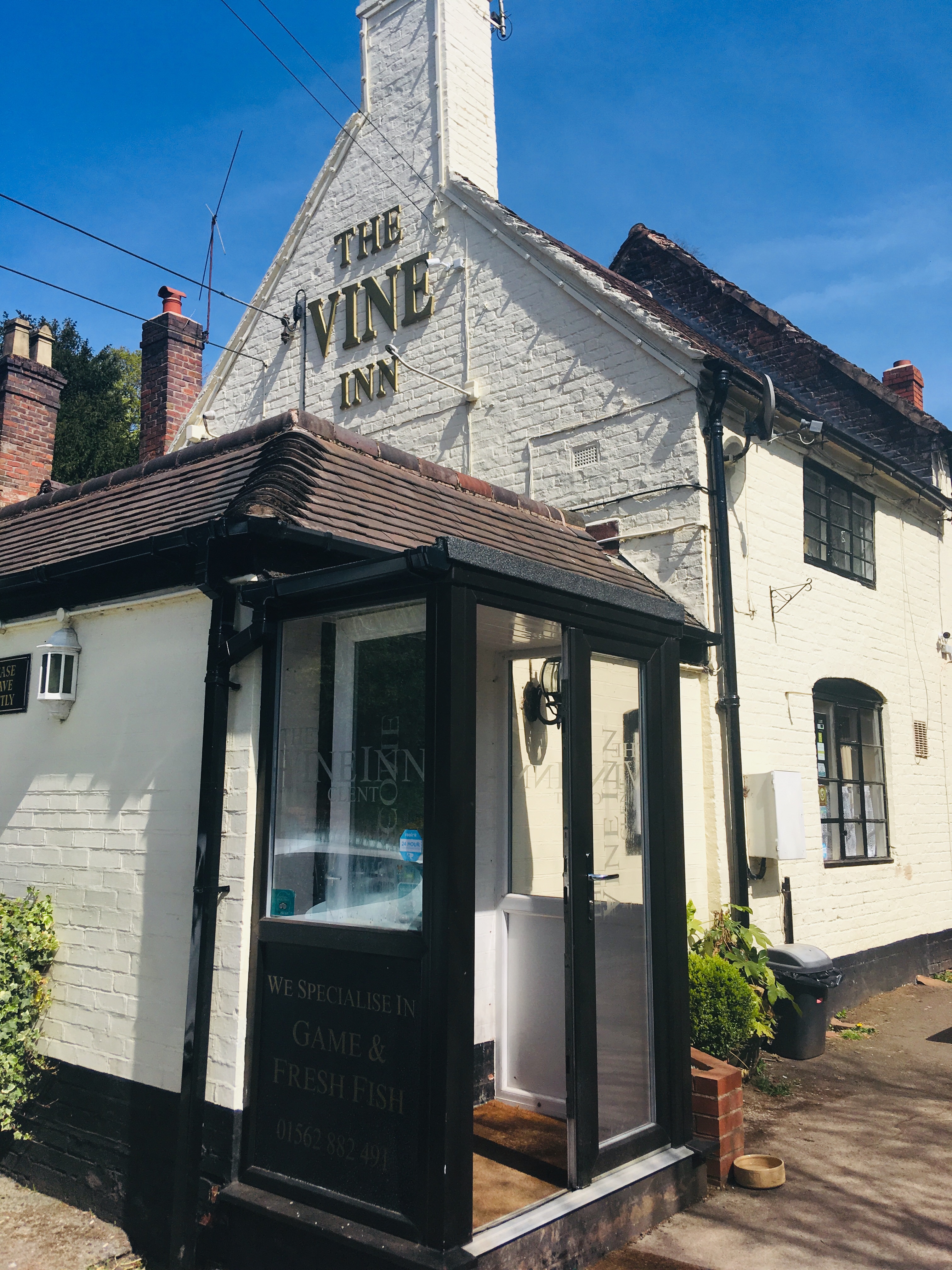 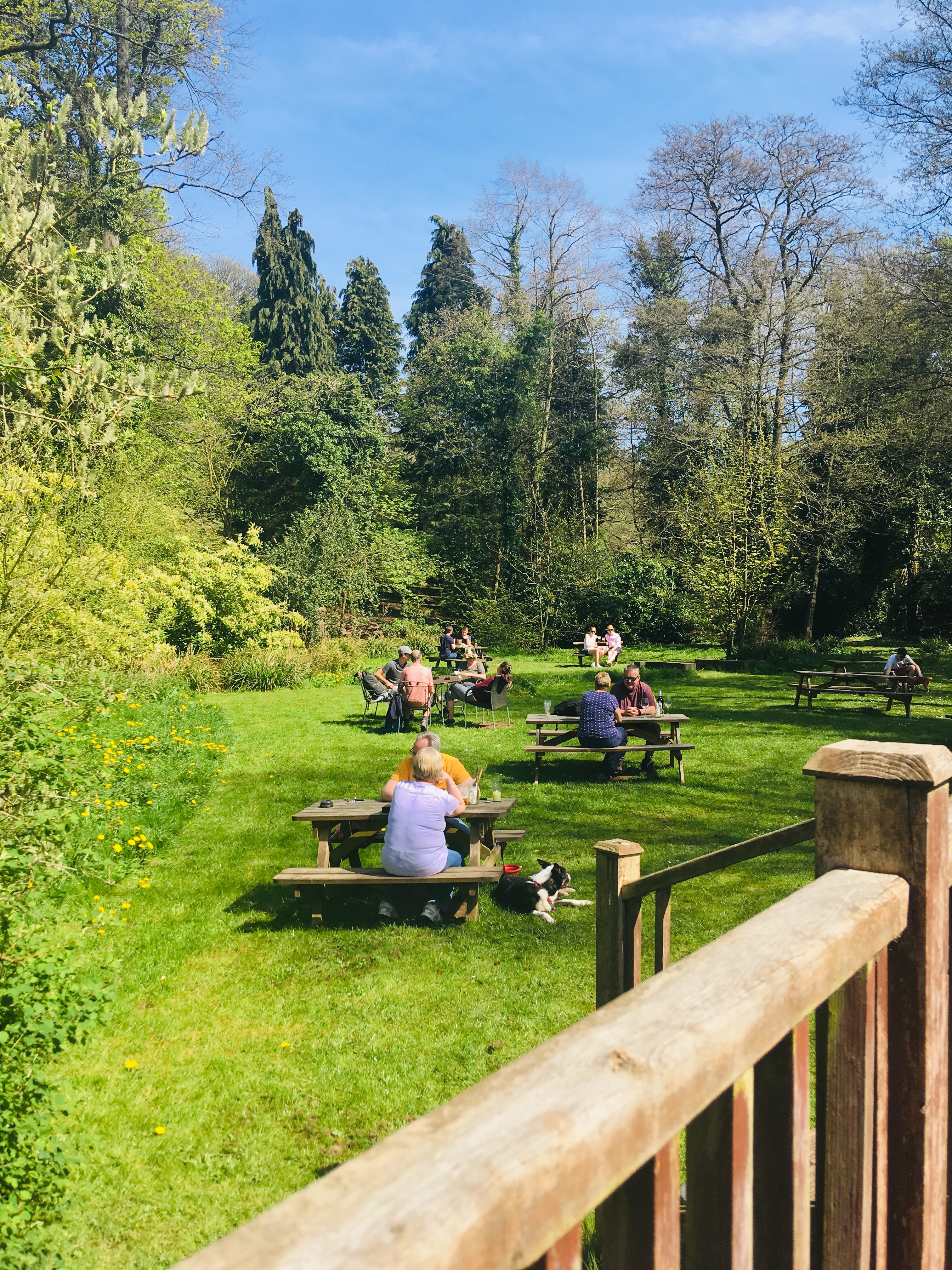 Flash forward a few years. Lauren and I are sat in The Vine Inn’s bosom once more. We returned again post-walk (with Lucky the Barbarian – picture below) and ordered a lot of food because god knows we owed them the money in glassware alone. Hidden down a leafy county lane, the traditional pub is ideal if you’ve been stomping around Clent Hills and need some sustenance. It’s not fancy, it’s not posh. But it’s warm and offers up the sort of grub you want after traipsing around the nicer parts of Stourbridge covered in factor 30. I love oldy-worldy watering holes like this. They remind me of where I grew up, some 12 miles away, in a small town called Bewdley – a place that had lions but no supermarkets. I have a bit of a love/hate relationship with B-Town, but that’s a story for another day.. 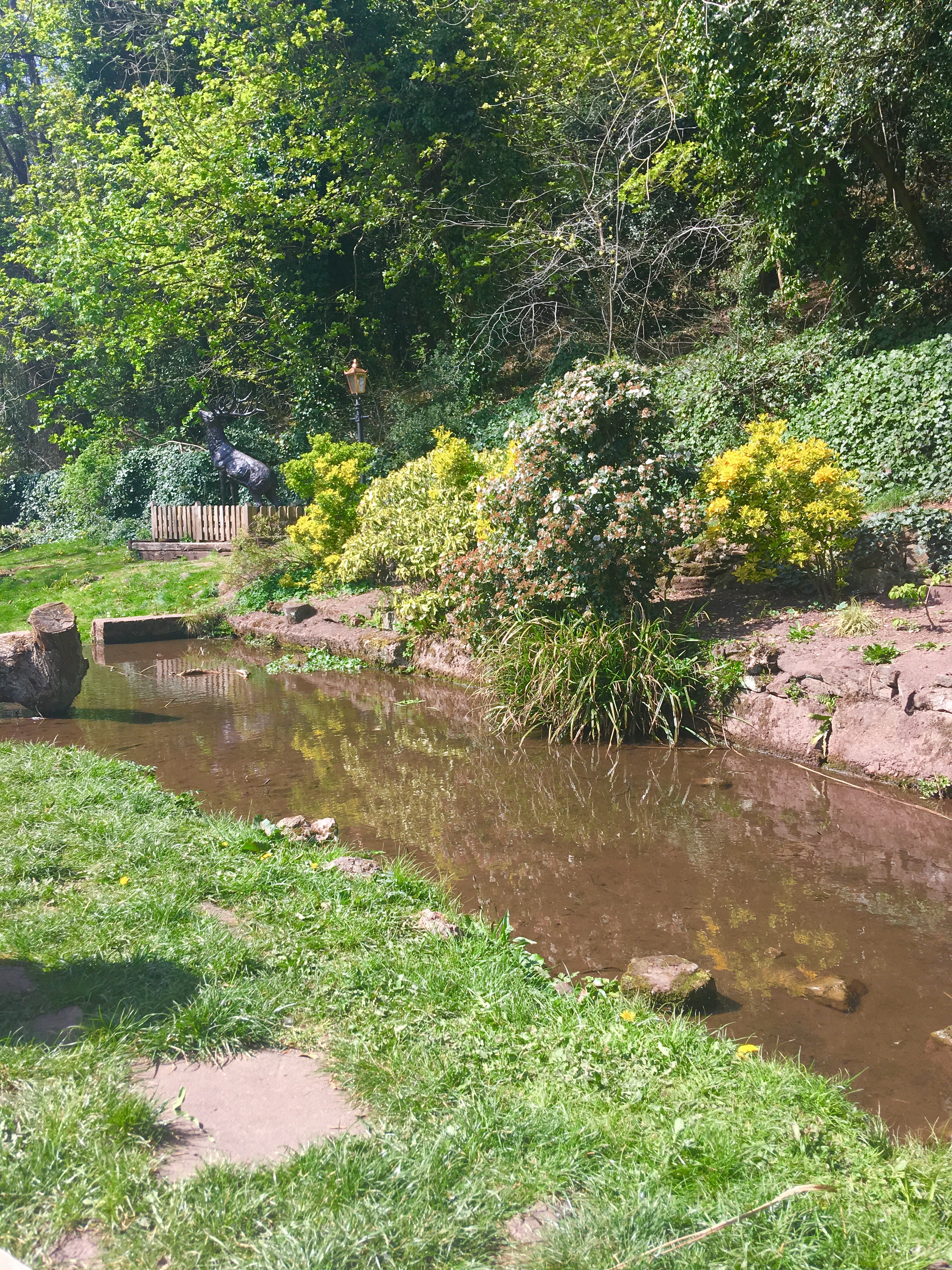 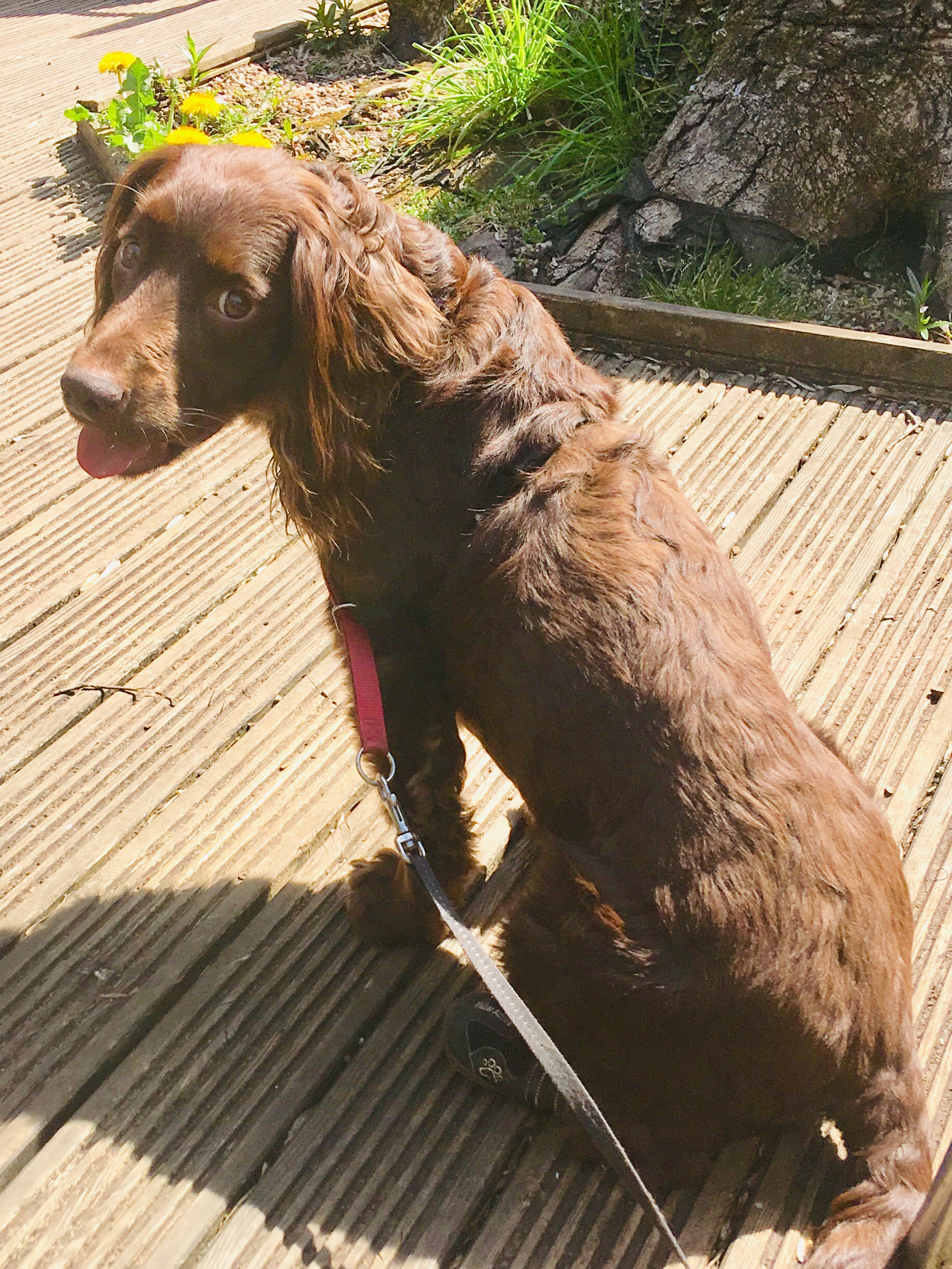 Mid afternoon the pub was busier than we expected, probably due to the bank holiday and good weather. Despite giving Lucky a pep talk in the car park, we decided (for ease and Lauren’s sanity) to sit outside this time, taking one of the tables in the lush garden area, where you can also eat. The menu isn’t hugely imaginative but it’s full of hearty comfort food, focusing on meat, especially game -think pies, posh sausages and steaks. There’s a keen interest in buying local here, with all meats being sourced locally from butchers in Oldbury and Belbroughton, and veg being delivered from a grocer in Blakedown, just a few miles up the road. I like that – it’s honest and supportive of the independents gripping on for dear life in the middle of nowhere. 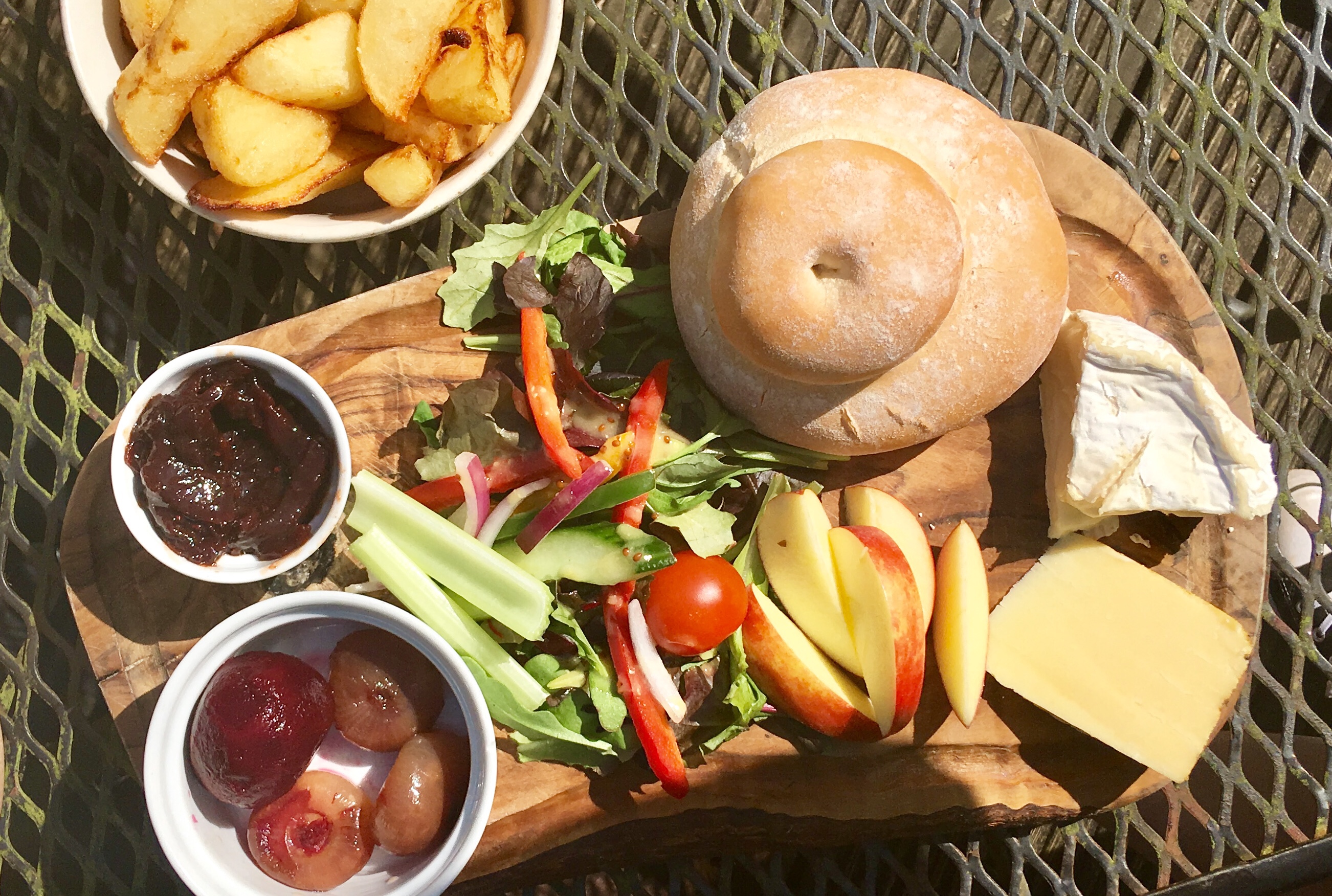 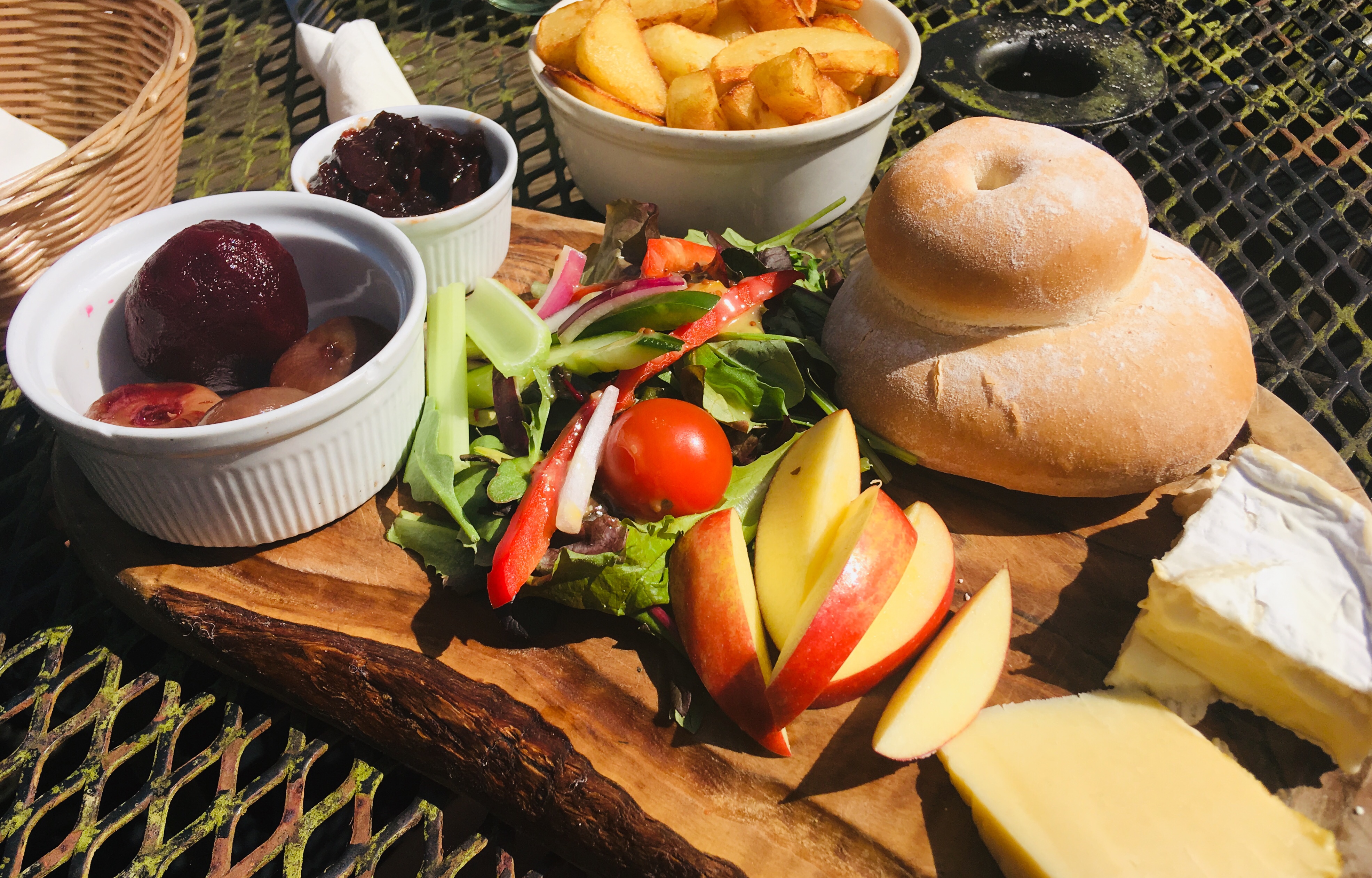 In news that will surprise approximately no one, I opted for a lunch involving cheese. I have to say, a Ploughman’s (£9.95) is an underrated classic, in my book, and this generous platter came with a choice of two quality cheeses from a list of six, plus a chutney of my choosing. Creature of habit that I am, the Organic Cotswold Brie (creamy, soft, a little sweet) was my first pick, followed by the Hereford Hop (sharp cheddar, rolled in hops for a bitter rind), snaffling the onion marmalade to accompany my dairy slabs. This was accompanied by a selection of homemade pickles (including some rather fabulous balsamic onions) and a fresh from the oven cottage loaf roll. Bliss. 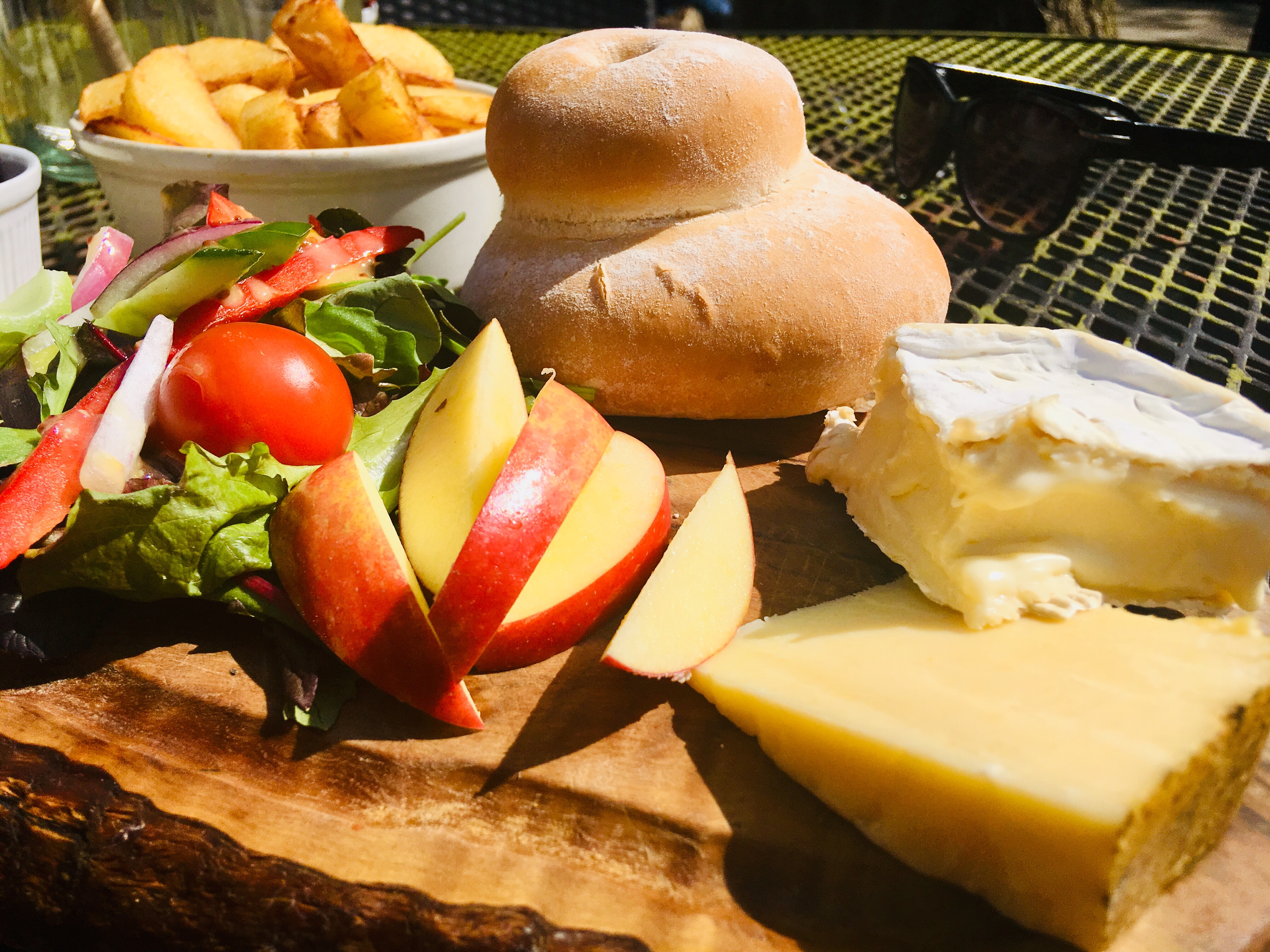 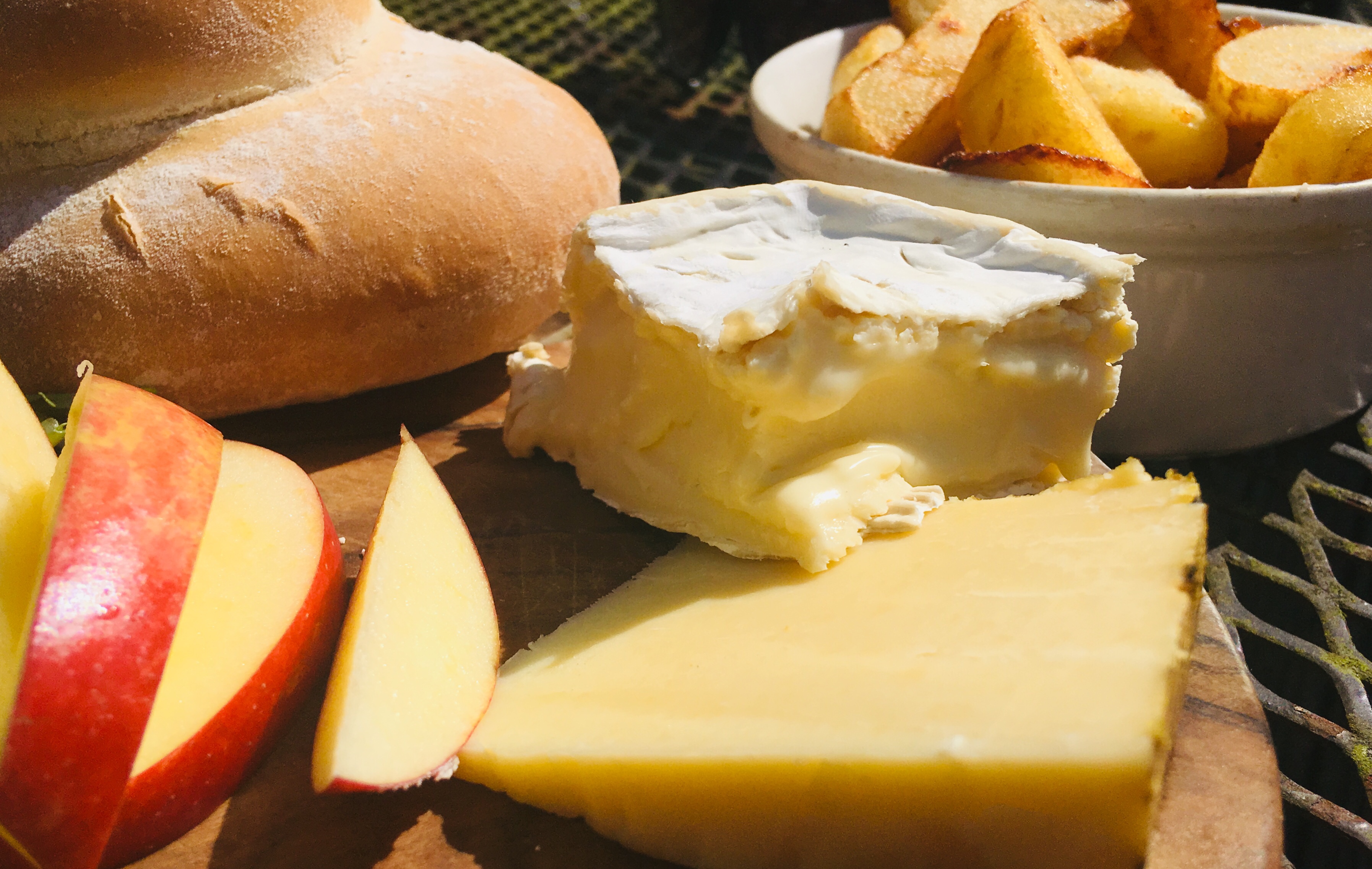 You can say what you like about a ploughman’s lunch but they’re satisfying and filling, reminding me a bit of the Boxing Day massacre I like to indulge in every Christmas. I added a side of Hand-cut Chips (£2.95) that made my day, to be honest. Fluffy in the middle, just enough salty crispness to the skin on the outside. I love proper chips with the skin still on – they remind me of summer holiday lunches at my late nan’s house. To be honest, what Nanny Jess couldn’t do with the humble spud wasn’t worth knowing, but these chips were probably on a par with hers. 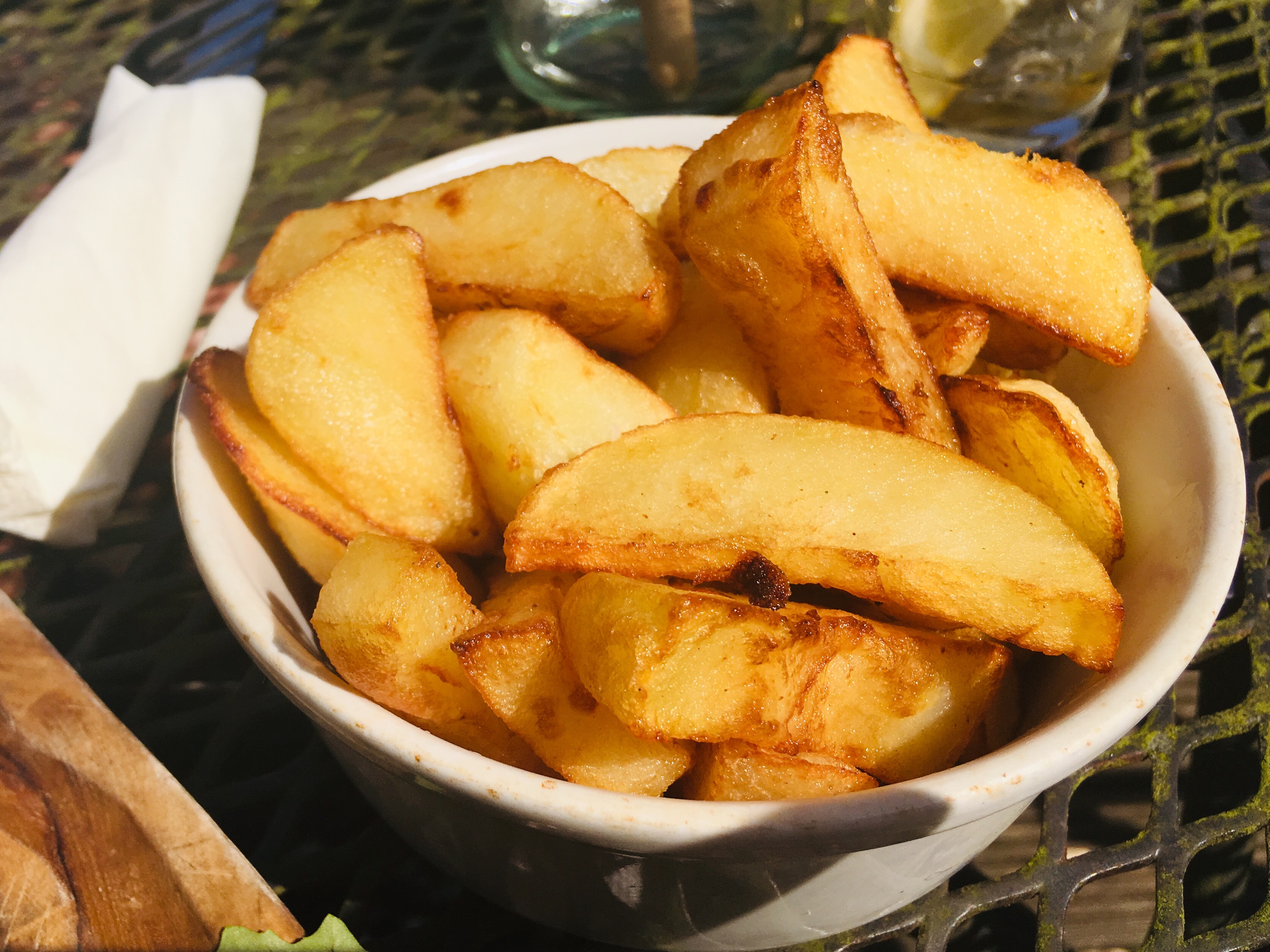 Lauren’s Buffalo Wings (£13.95) were enormous, with lots of juicy chicken meat under the spicy glazed crispy skin. She became vaguely obsessed with the thick blue cheese dipping sauce, so I’d guess this hefty plate was a hit. Judging by how the dog kept guard until she’d finished it’s fair to say they smelled pretty good too. 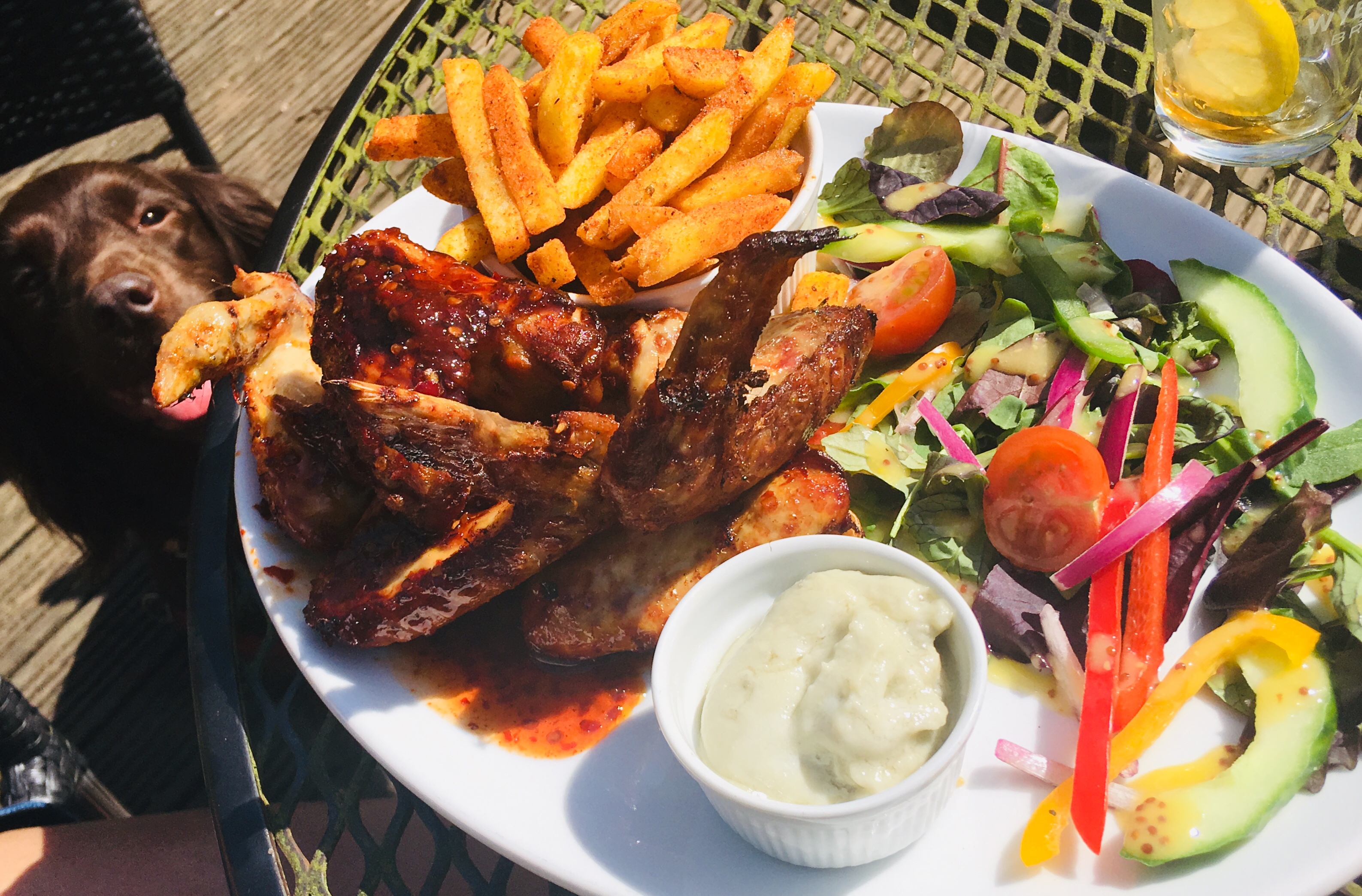 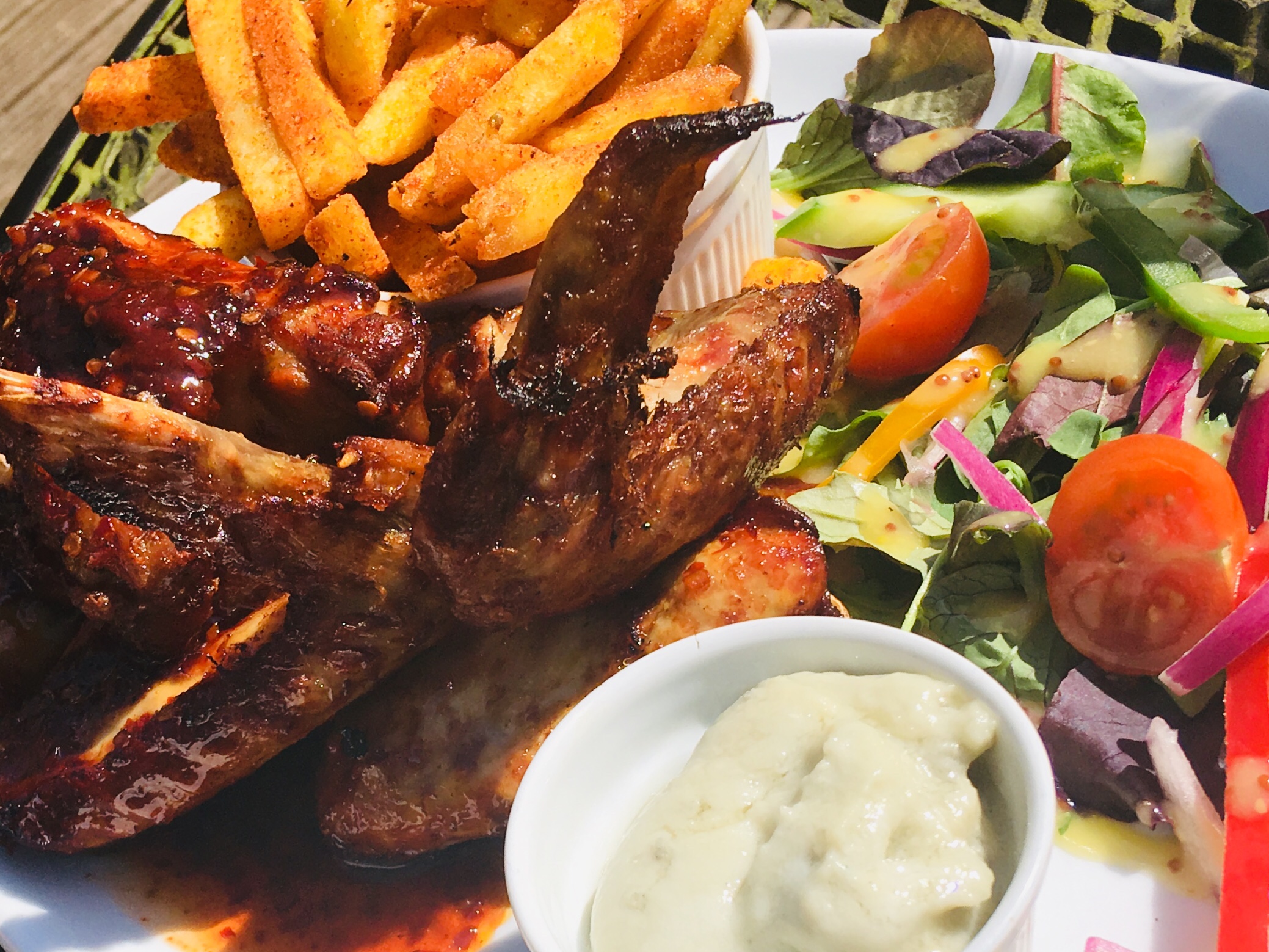 Just lovely. This place has reminded me that there’s more to life than posh nosh served on swanky tableware. Sometimes you just want good value simplicity – a hug on a plate surrounded by zero pretence but lots of love. I’m really glad we returned to The Vine Inn after that first shattering encounter (and positively delighted we returned all glasses intact this time).

Disclosure: we paid in full and all words and photos are mine. Lucky (below) is available for weddings and birthdays but probably not funerals because he’s still a bloody liability. 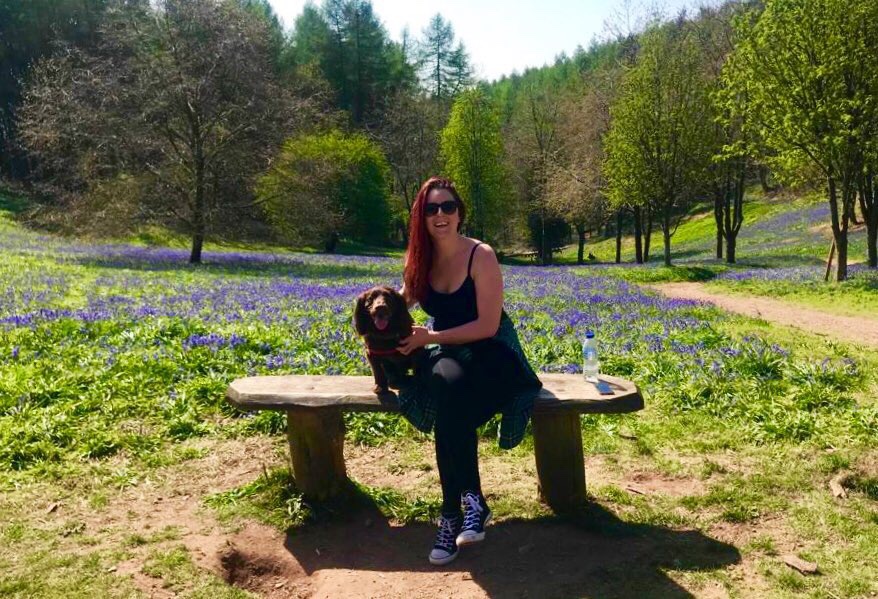 *I need your help!* Bite Your Brum is up for Best Food & Drink Blogger at the Midland Food Drink & Hospitality Awards. Click here to vote for me. Voting closes at the end of May.