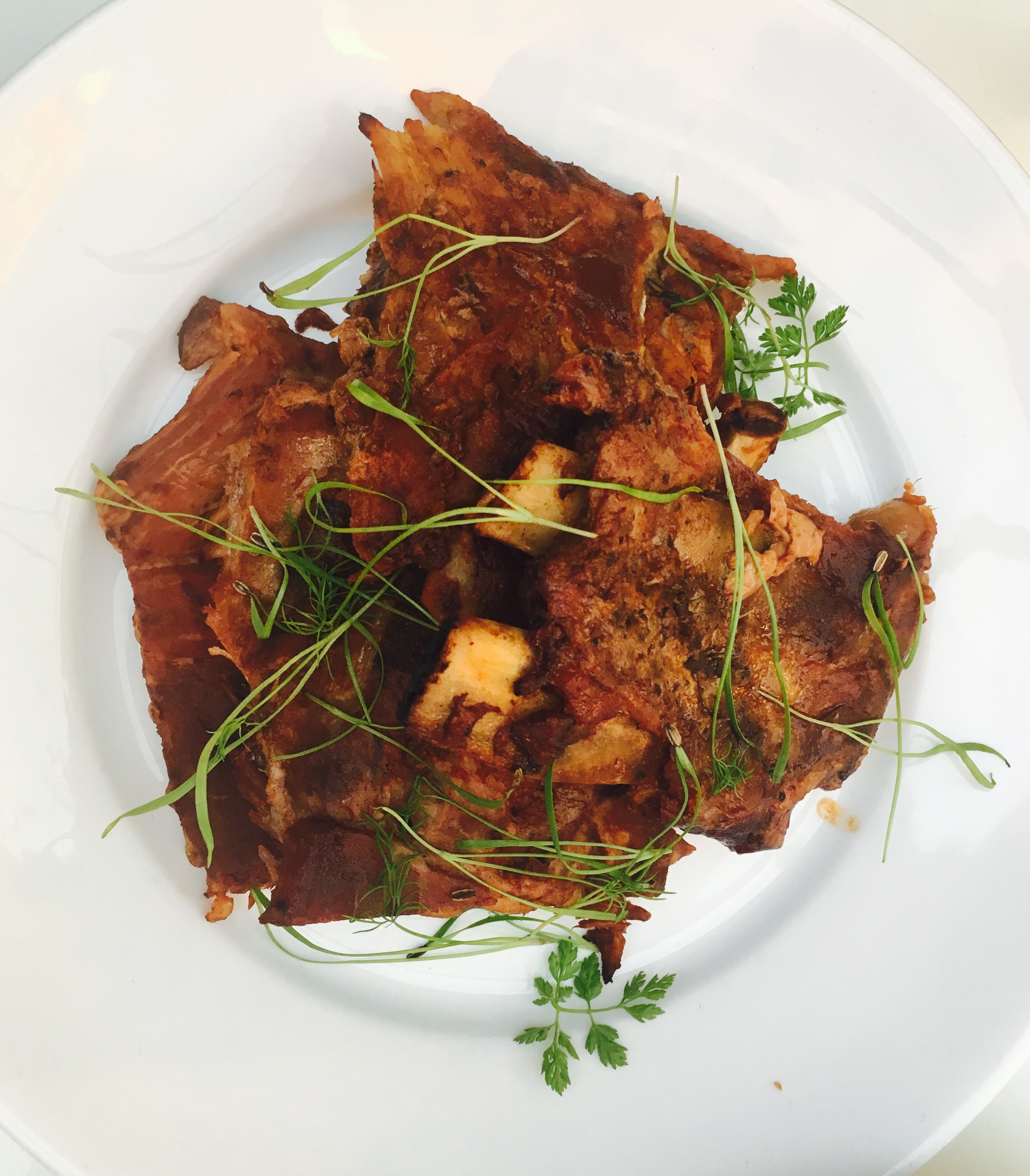 I recently found myself in the big garden of The Red Lion which sits between Jewellery Quarter and Hockley.

Despite looking a bit like an ‘old man pub’ in the bar areas inside, the small beer garden at the rear is a nice little sun trap. Not only that but I’d heard whispers that The Red Lion does good food and massive portions; music to my ears.

Finding a seat on a sunny early evening we grabbed the food menus and a gin and tonic. There’s lots of choice but we weren’t in the mood for main meals, and for basic pub grub it seemed rather expensive (£13-15 being the average). We decided to pick some dishes from the hot pub snack menu and share them like tapas.

Without a doubt the star of the show was the pork belly; sticky and savoury, the crackling part of each bitesize chunk was just fabulous. The right mix of chewy and crispy, we both agreed this was the best dish of the four.

The pork ribs had plenty of meat on them and minimal fat. Oddly they were more expensive than the pork belly but not as interesting; there wasn’t depth of flavour. They were also covered in a strange green garnish that managed to annoy both of us and largely ended up on the floor.

Our fishy dish consisted of fried cod cakes which came with a fennel salad and garlic mayo. The two breaded balls didn’t look that appealing but were fluffy inside and had a herby flavour that gave the mash and fish filling some added pep. The dip was more lemon than garlic in flavour but a nice fresh flavour.

Finally we tucked into the Chilli Con Carni topped fries, compete with a very healthy (well, not healthy but you know what I mean) layer of melted cheddar. Certainly not a pretty dish, but after an afternoon of  beer drinking we wolfed the plate down.

Nice pub snacks and decent portions. Will be back.

Disclaimer: We paid in full for the food and drinks. All opinions and photos are my own

Imagine how brilliant it’s going to be to have dinner and then see a show. Just realised I’ve not done that since Christmas... 2019 😭