I’ve lived in and around the city centre for over 12 years now, and it’s only in the last year or so I’ve come across a truly decent bowl of pasta. You know what I mean; pasta made by hand that morning and cooked by someone who vaguely appreciates Italian traditions rather than a spotty teenager who Snapchats himself microwaving some pre-made slop disguised as ragu. This is not an assault on chains, some smaller ones are doing an ok job, it’s an assault on bland, soggy food that’s dressed up in a posh suit but wearing Primark underpants underneath. I hate crap Italian food because, when done properly, things like pasta and pizza can be some of the most joyful and soul-enriching things to eat. I feel this more than ever since visiting Rome and becoming best friends with linguini and his pal pesto, so I visited Mi Amore on a Fleet Street hoping for great things. 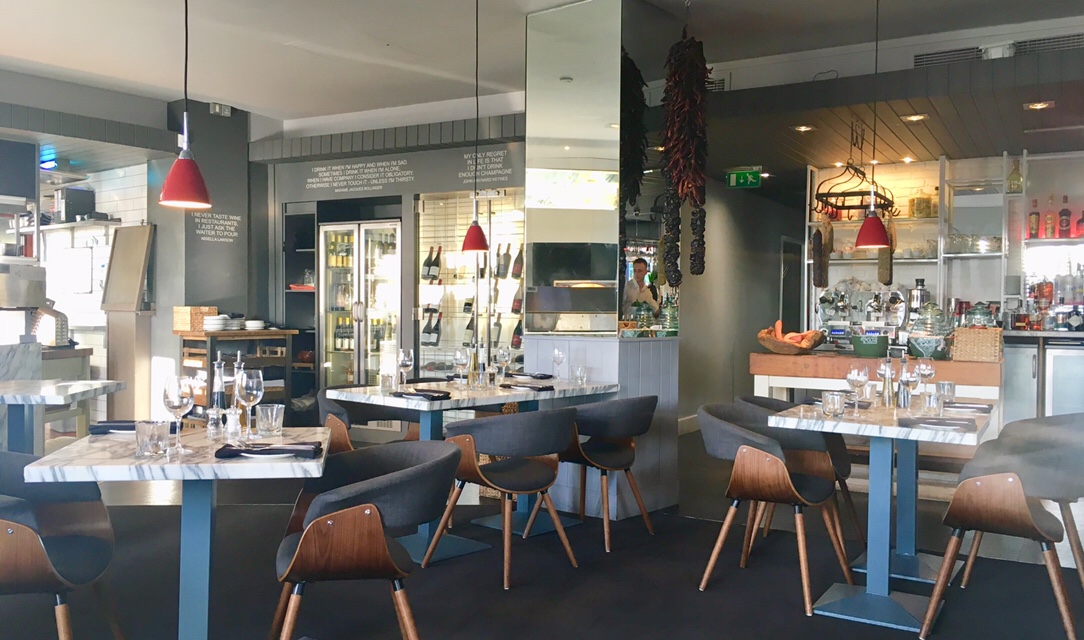 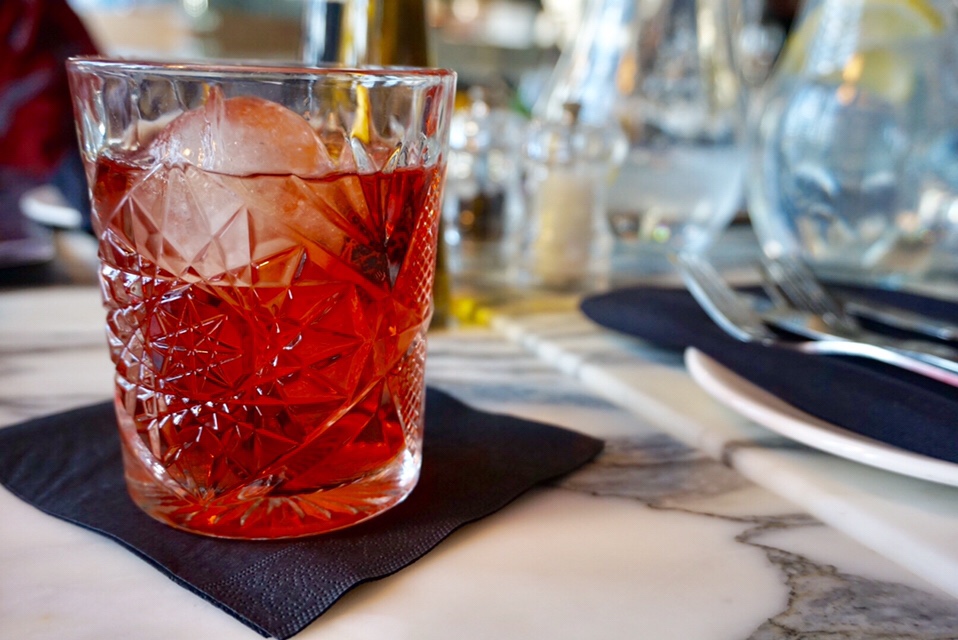 With a menu conceived by Aktar Islam of Opheem – located just a few doors away – there’s been more interest in what this Italian restaurant has to offer than most. While he may have had a hand in the menu, I can’t imagine he had much of a hand in the red signage above the door, which is all a little bit 2002 pizza place in Magaluf for my liking. Still, the building once occupied by FSK Steakhouse is pleasingly stylish inside, a sophisticated mix of leather, light wood and white tiles. It’s bright and spacious with a decent sized bar for pre dinner cocktails. The terrace has nice views of the canal and would no doubt make a lovely spot for a sunny lunch. 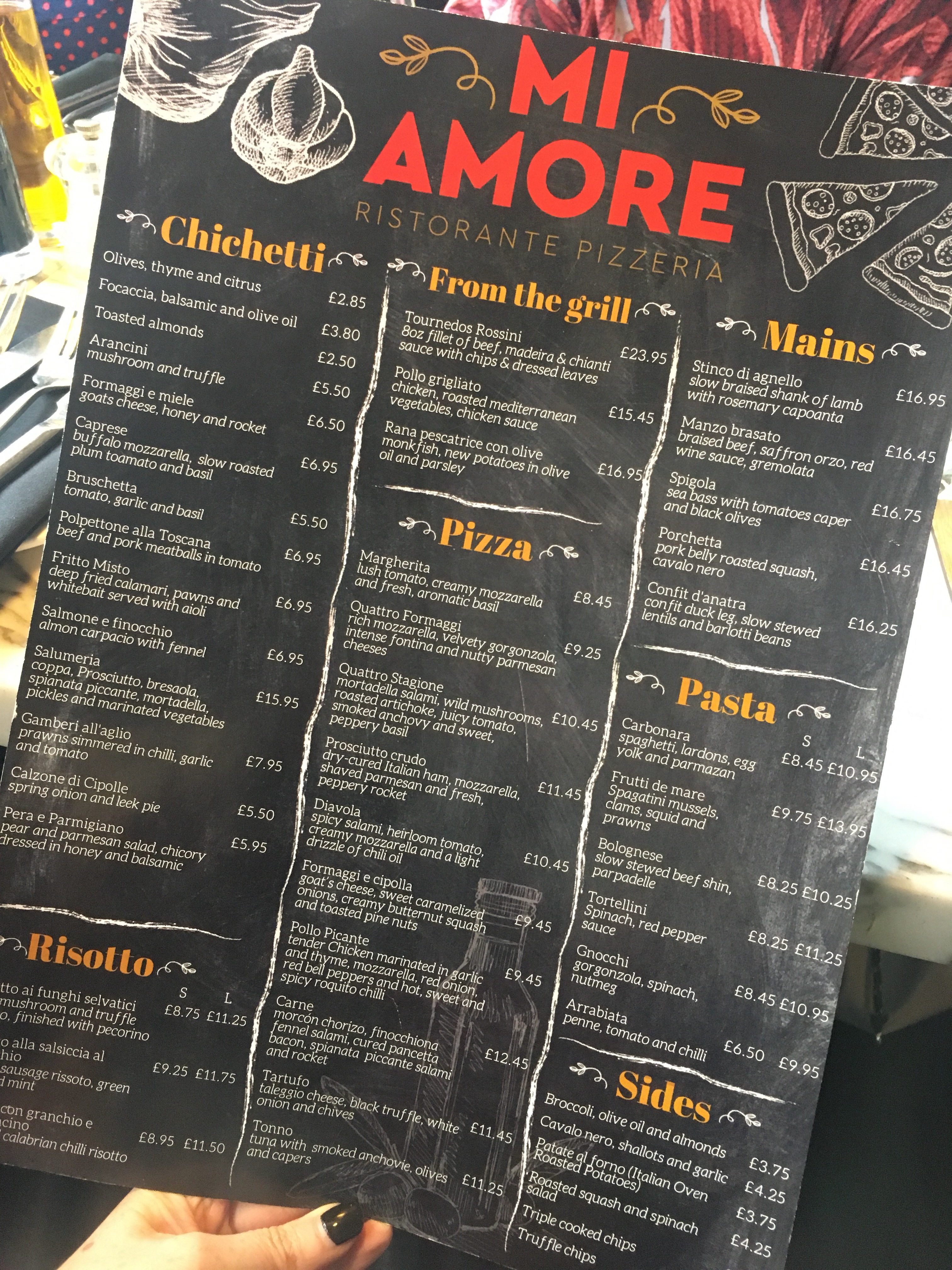 Starters come courtesy of the mobile chalkboard that gets waltzed around the restaurant more than Ed Balls on Strictly. Tuna Carpaccio (£6.75) looked good and tasted better, the delicate paper thin slivers of fish topped with morsels of tangy orange and shavings of crisp fennel. I just wish there had been a bit more of it. It’s pretty, sure, but it’s also a prime example of why keeping things simple with just two to three fresh ingredients is often the key to success. Half way through our meal I saw some arancini fly past that looked inviting and would be on my list to try next time. 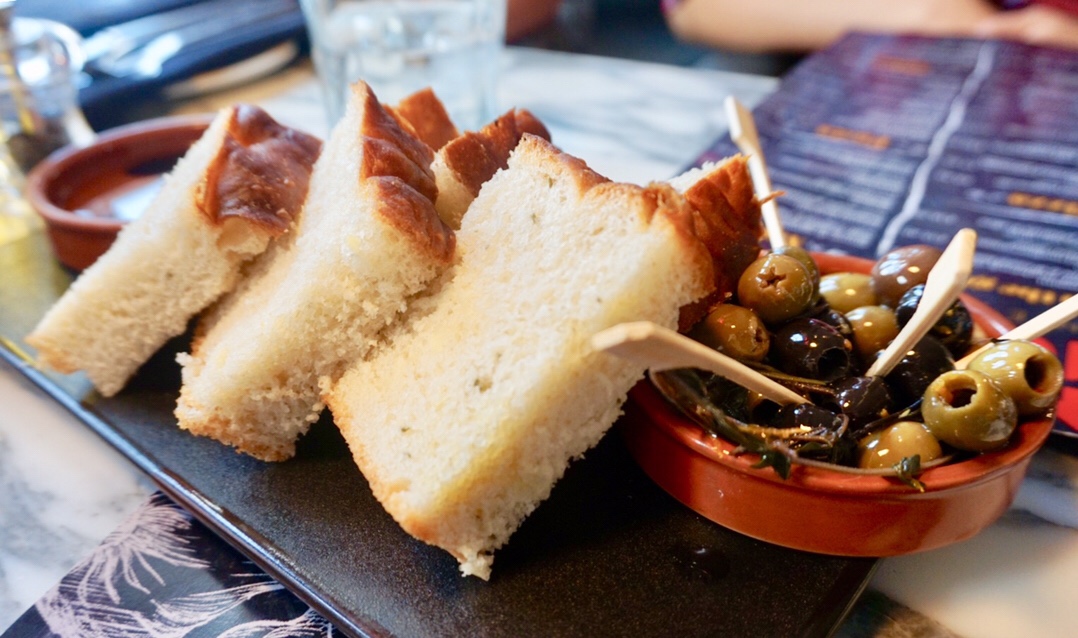 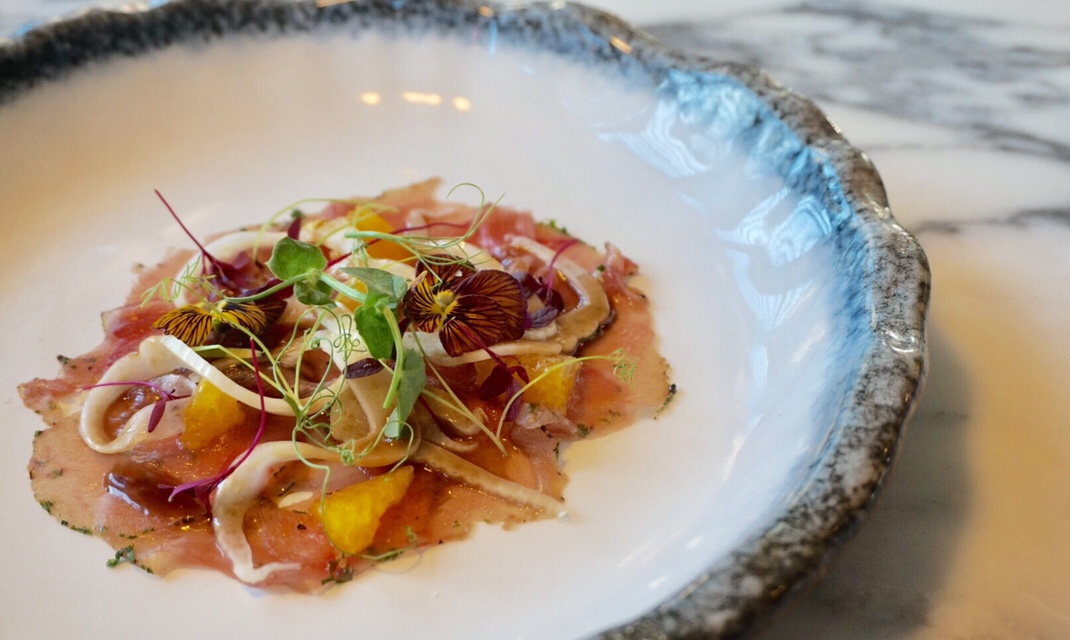 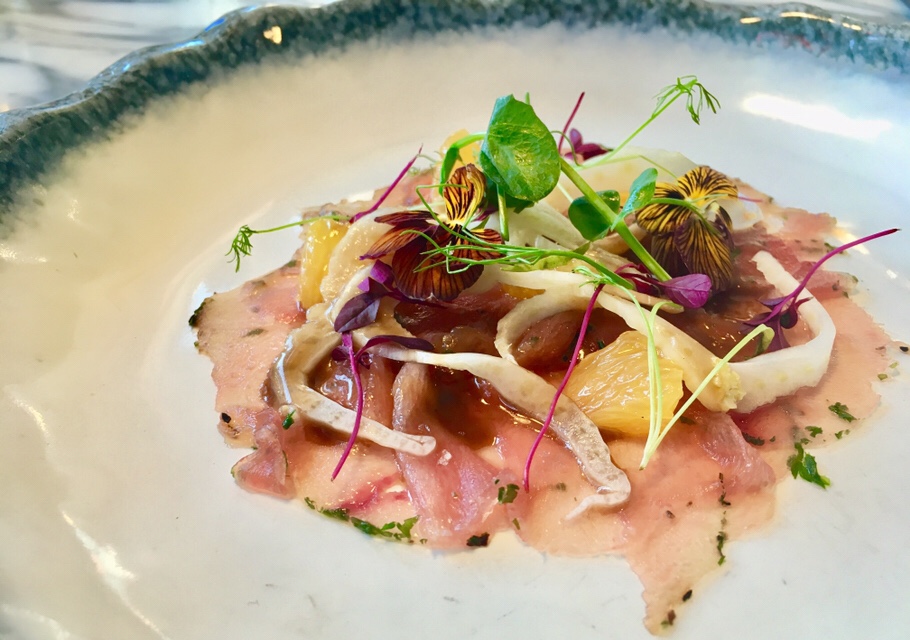 Pasta forms a relatively small section of the menu and the options are mostly traditional classics. A towering bowl of Bolognese (£10.25) provided plentiful ribbons of pappardelle tossed in a Chianti rich ragu; almost crumbly in texture and simultaneously dark and slightly blushing thanks to the tomato base. Soaking up the sauce and clinging to the flat pasta, the pulled pieces of slow-cooked beef shin nestled like meaty jewels within the intertwining strands. Robust enough to survive being tossed in the meaty sauce, the egg pasta retained good bite, but I was disappointed to find out it’s not made in house and it was a little dry in places. Even so, it’s an inviting carb mountain; with a liberal dusting of fresh parmesan it’s a pleasant and hearty dish. Other mains included pollo pizza, crab risotto, and baked sea bream which came from a specials board. 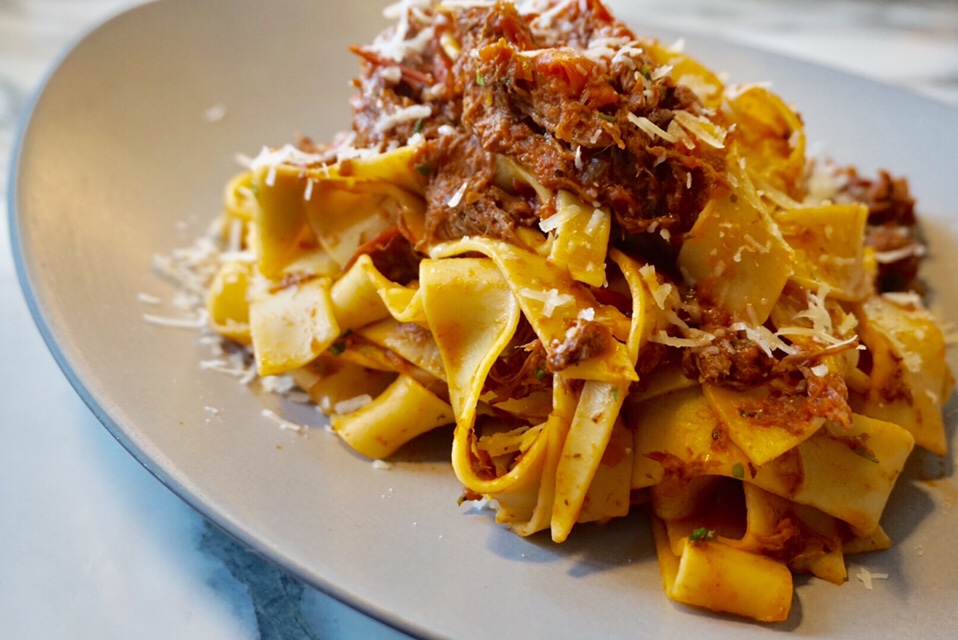 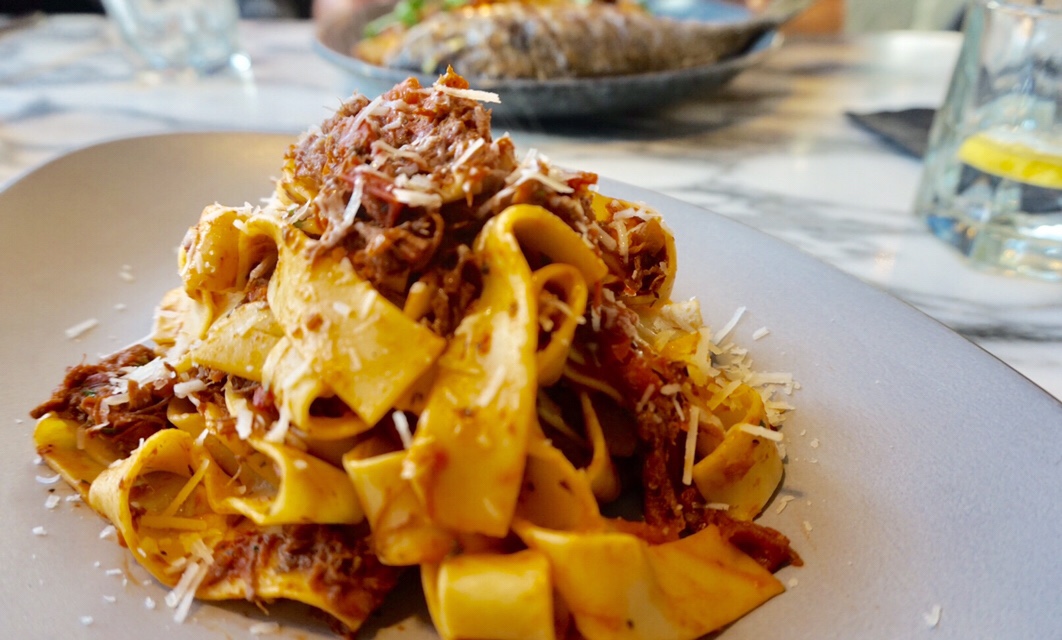 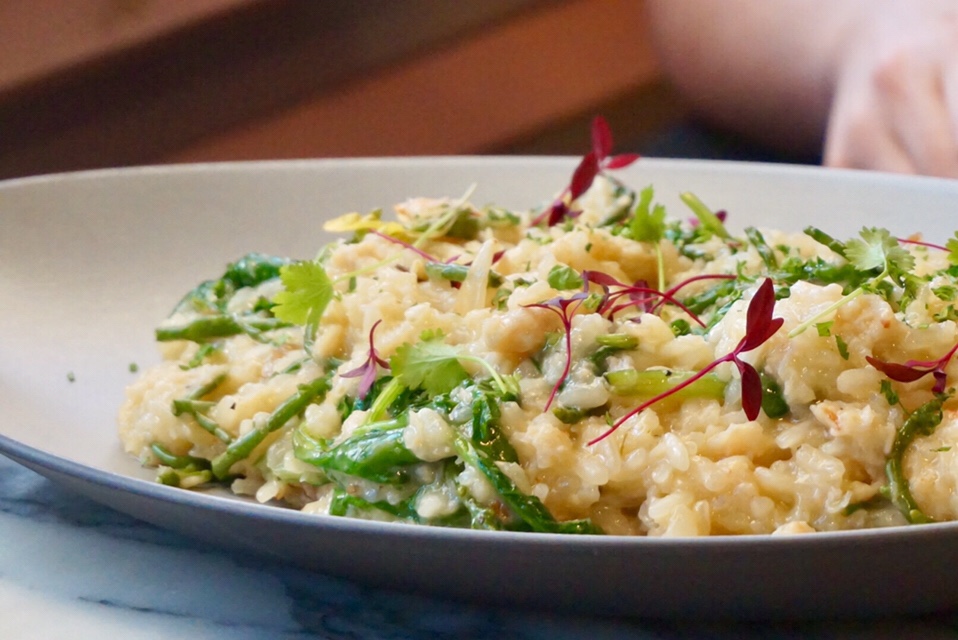 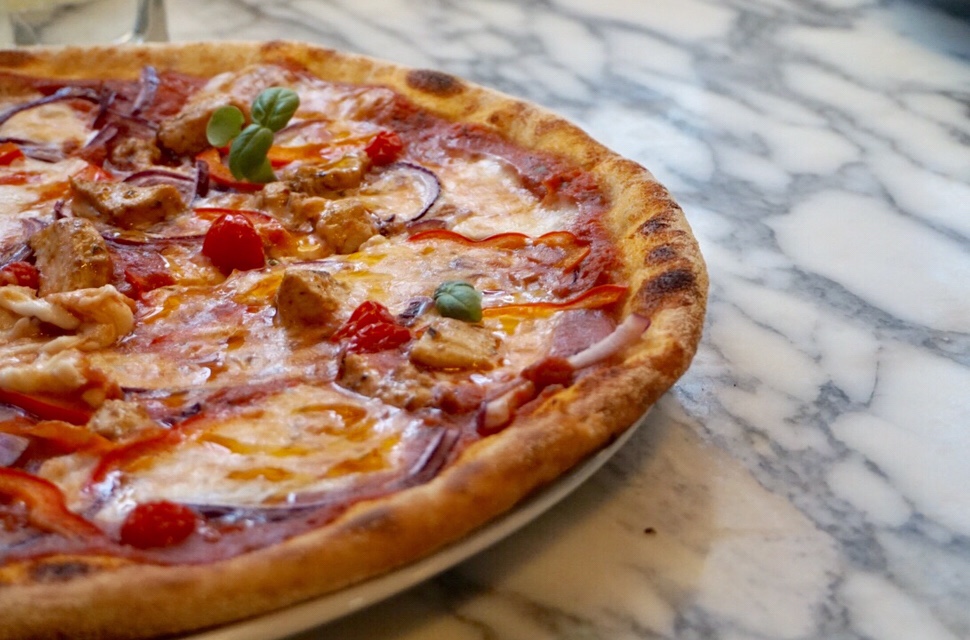 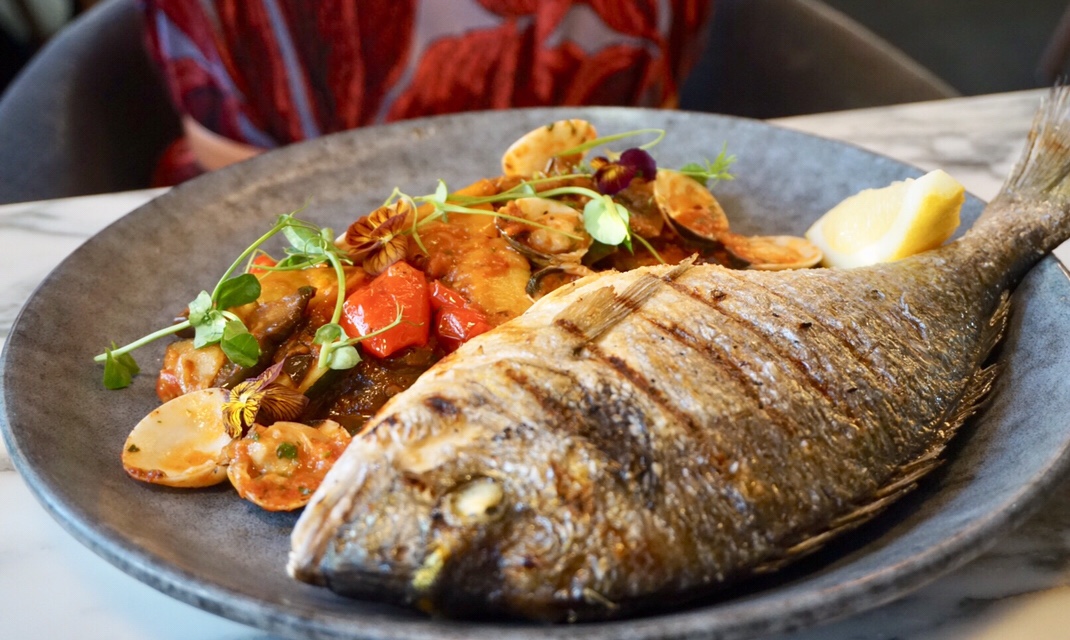 With a starter and a main coming in around the £16 mark (not including specials) you can’t argue with the price, and this place does offer value for money. There’s a little slice of casual elegance available at Mi Amore, and I’ve no doubt it’ll build itself a nice little cult following. Is it the same as eating in the restaurants of Rome? No – because this is Birmingham and life isn’t that fair – but it’s a fine effort and the restaurant itself is lovely with attentive staff. I’m told they’ll be making pasta in house “soon” so until then my respect and love for the wonderful Laghi’s Deli (great food, weird location) remains strong.

Overall I liked the food at Mi Amore, but I can’t say I loved it. I can’t put my finger specifically on what was missing, I guess my main just didn’t wow me like I’d hoped. One of my dining companions called the meal ‘nice but not exceptional’ and I’d be inclined to agree with that. Except the negroni, that was bloody brilliant.

Got an Italian restaurant recommendation? Let me know.

Disclosure: I paid in full for my food and drink. All opinions, words, photos etc are mine