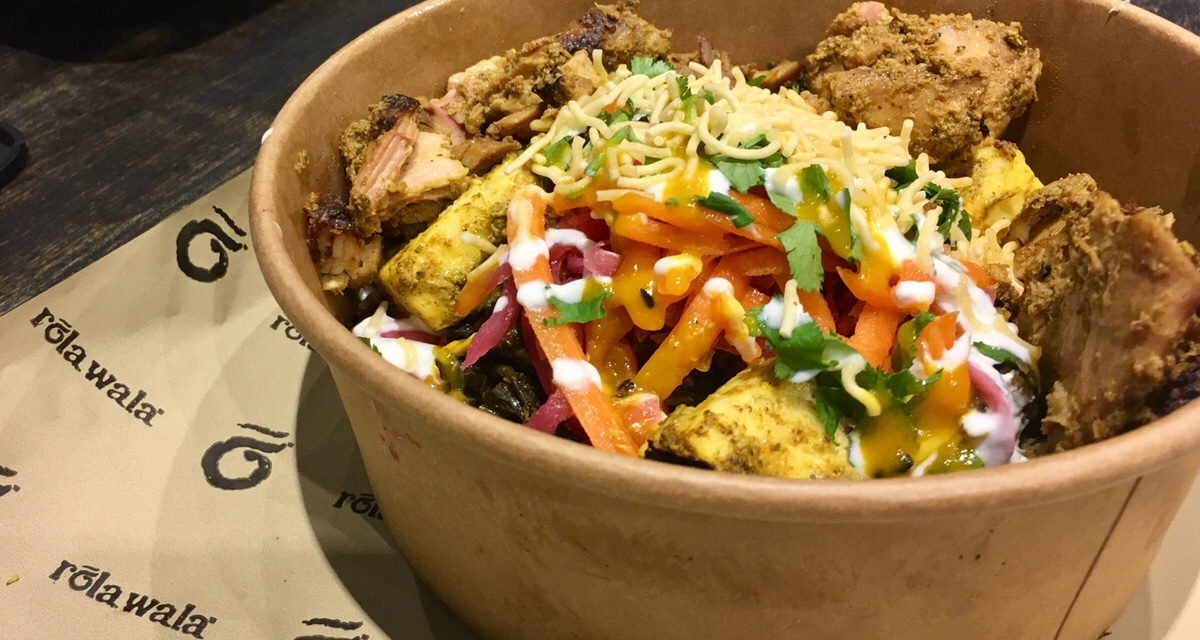 Rola Wala has replaced Izza Pizza in the Selfridges food court, and I’ve been down to try its Indian street food offerings.

To be honest, I rolled my eyes a bit when I heard yet another Indian street food venue was opening. It’s not that I don’t like them (I would happily eat dosa on the daily) it’s more that Birmingham now has so many it’s harder to feel launch enthusiasm so often.

With Indian Brewery, Mowgli, Indian Streatery, and Tamatanga all popping up across the city centre in the last 18 months, there’s certainly no shortage of places to satisfy your spice cravings, so what is Rola Wala bringing to the scene that’s so different? More importantly does it have enough to set it apart from the strong competition? 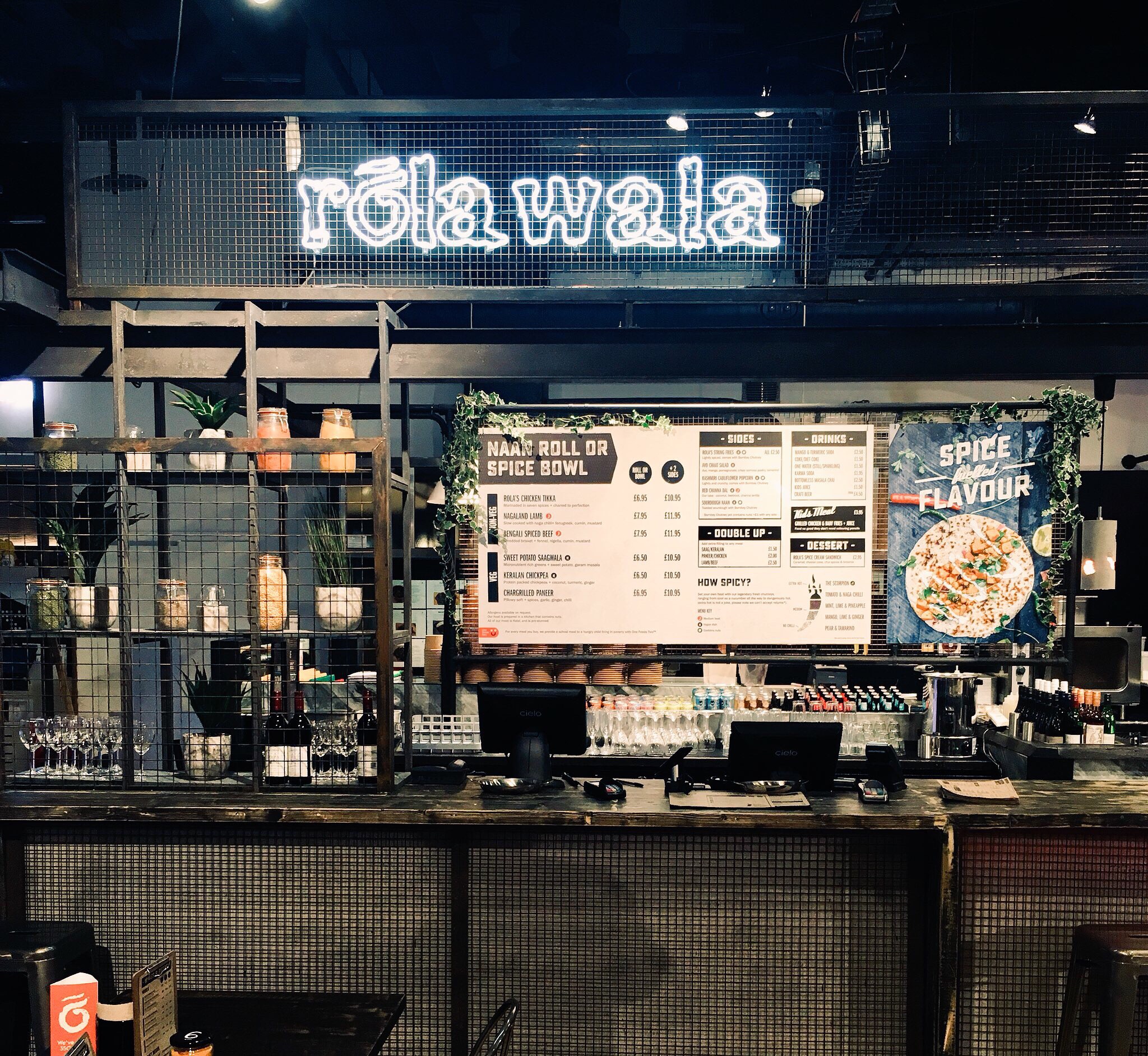 The open plan venue has space for 70 and sits next to Pret and Yo! Sushi on the ground floor. It’s aesthetically more industrial than I expected, and neon signs help to brighten up the service hatch. There’s a bit of a beach shack vibe about it up at the counter. 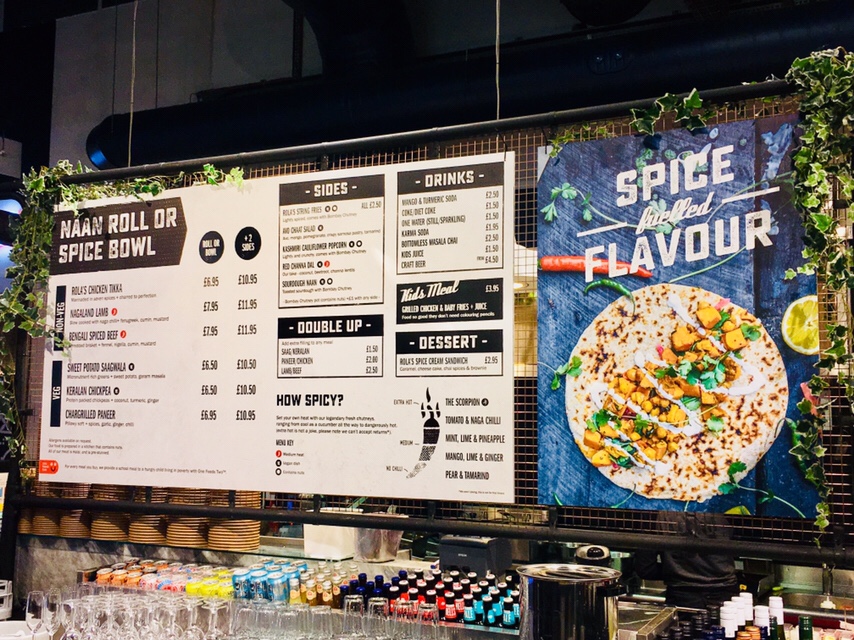 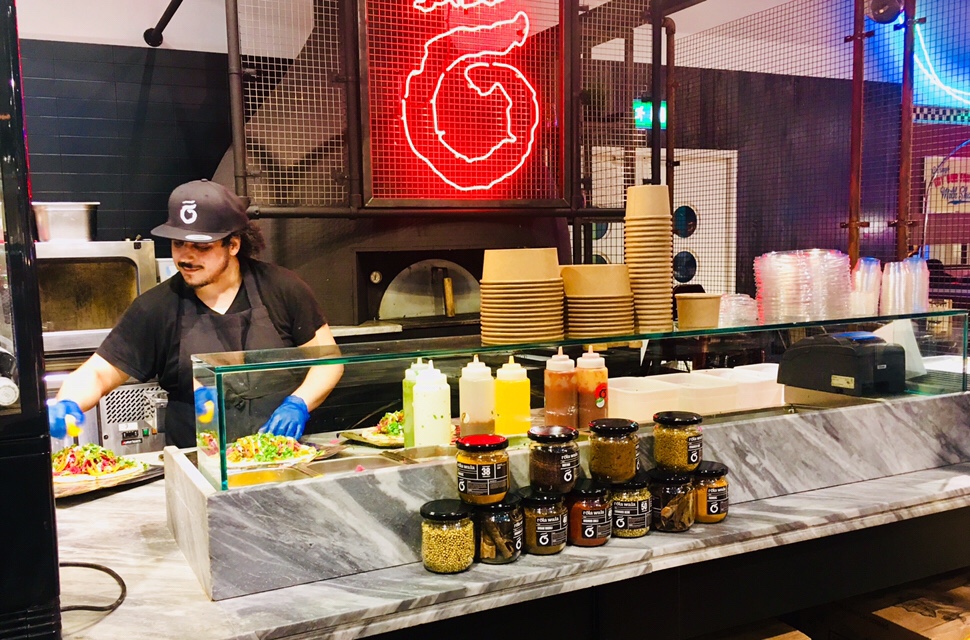 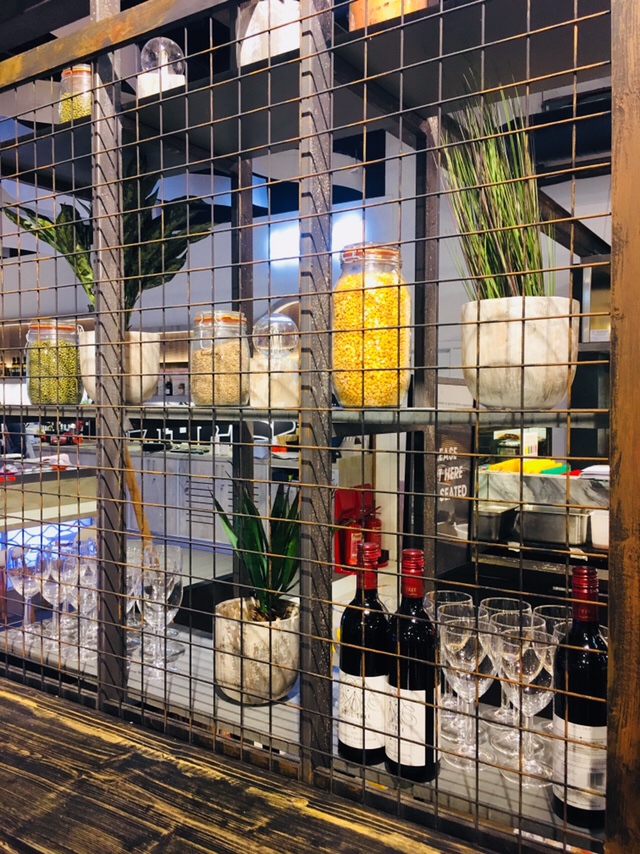 You order at the counter using the ‘build your own’ style menu and the food is made to order in front of you. Set in the spot once occupied by (the underrated) Izza Pizza, it’s in a prime location and will no doubt see it’s fair share of footfall.

Let’s get this straight from the get go – this isn’t a restaurant to enjoy an Indian feast. You’ll find no tiffin boxes or thalis platters here; it’s straight-up casual street food. And that is the first of several things that make Rola Wala different.

The menu is concise, consisting of naan rolls and rice or cauliflower bowls, which you individualise from a variety of meat and veggie options. There’s also a handful of sides (all £2.50) you can have separately or as part of a meal deal with a roll or bowl. 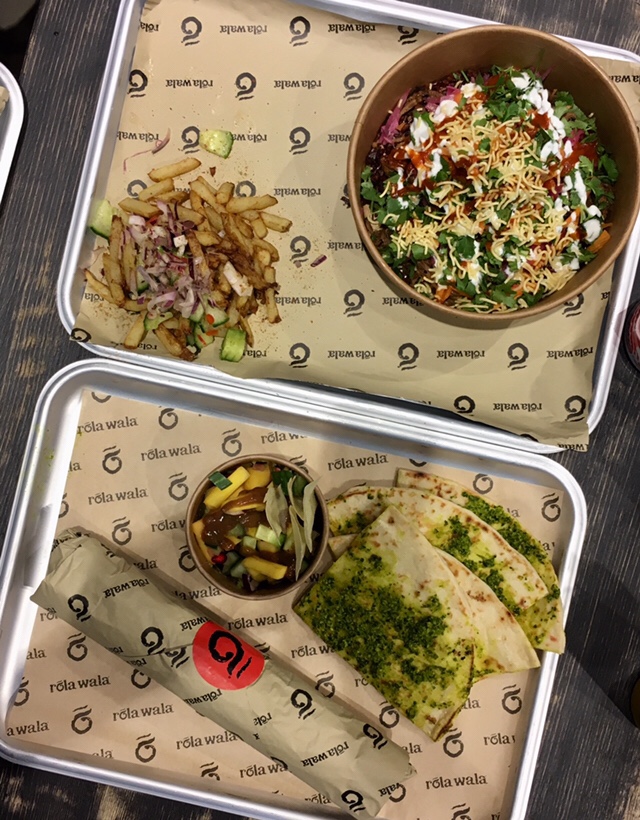 Torn between a beef brisket and slow cooked lamb option I opted for the latter in a naan, choosing the mint and lime chutney to accompany it. Made fresh to order in front of me, I chose my sides before quickly being delivered my Nagaland Lamb Naan (£7.95). 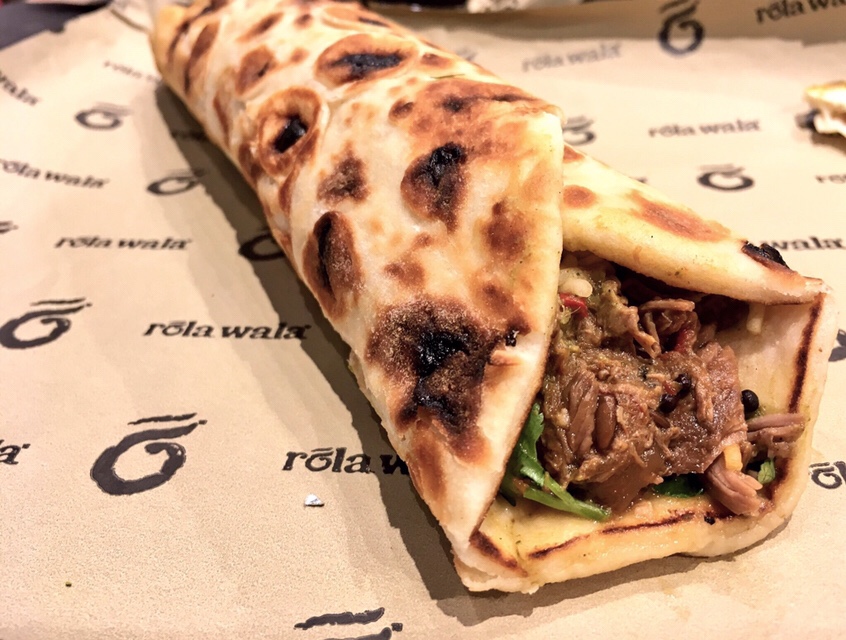 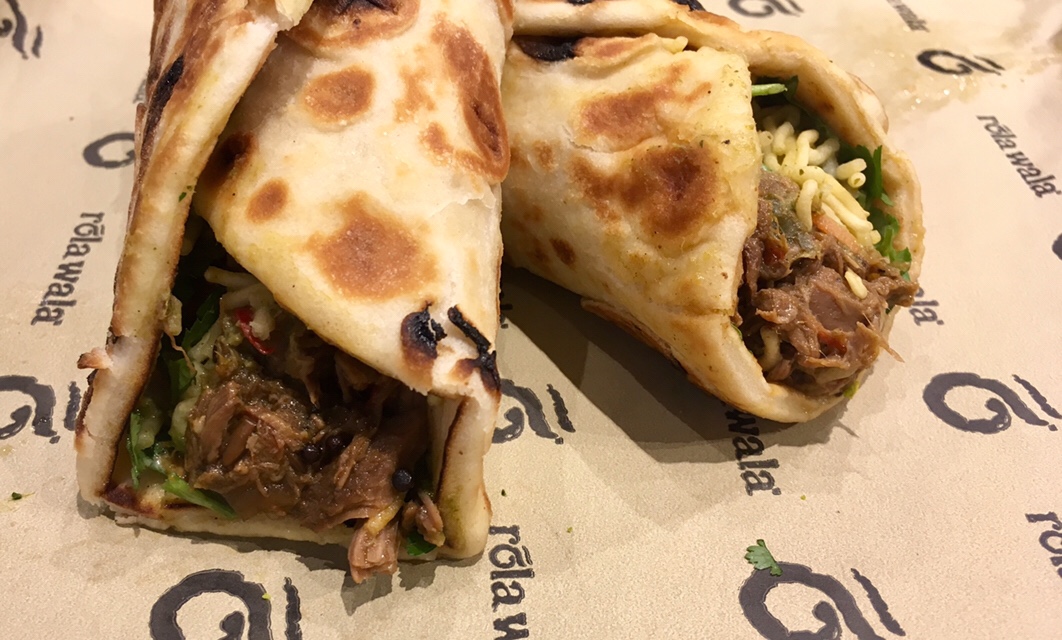 There’s a choice of five chutneys and three meats, so you can adapt your filling to suit your tastes. I enjoyed the heat from the naga chilli spiced lamb with the sweeter medium spiced sauce. The fenugreek hum was bold (happy days) although I struggled to taste the mustard. It offered very mild vindaloo-like flavours I enjoyed a lot though, especially when I also got a mouthful of the sharp and tangy pickle.

Good solid naan – not too doughy or soggy – and generously packed with filling, it’s a decent feed. At just shy of £8 it’s not the cheapest grab and go lunch but it’s collectively a satisfying munch. Presentation wise it comes out looking like a takeaway burrito, so if you’re after an Instagram worthy lunch I’d pick a rice bowl – they are much more photogenic. 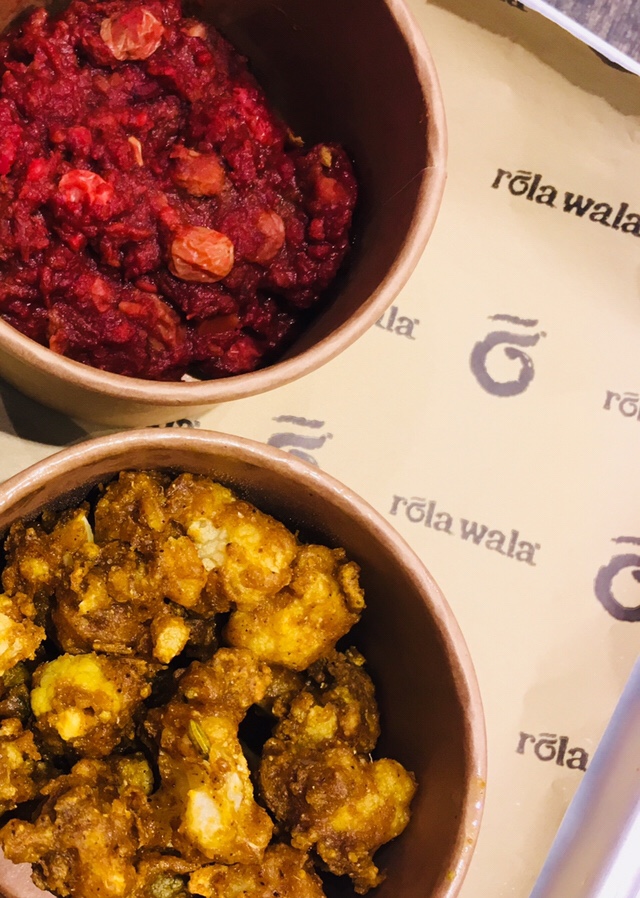 Bite size pieces of Kashmiri Cauliflower Popcorn aren’t much to look at but have an enjoyable light batter and gentle spice, and the little pops ended up being quite moorish. The Red Chana Dal doesn’t have that mildly smokey flavour I always hope for nor the consistency I like, feeling more like a spreadable paste. Probably not interesting enough to warrant a reorder, and a bit too sweet for my tastes, on further reflection. 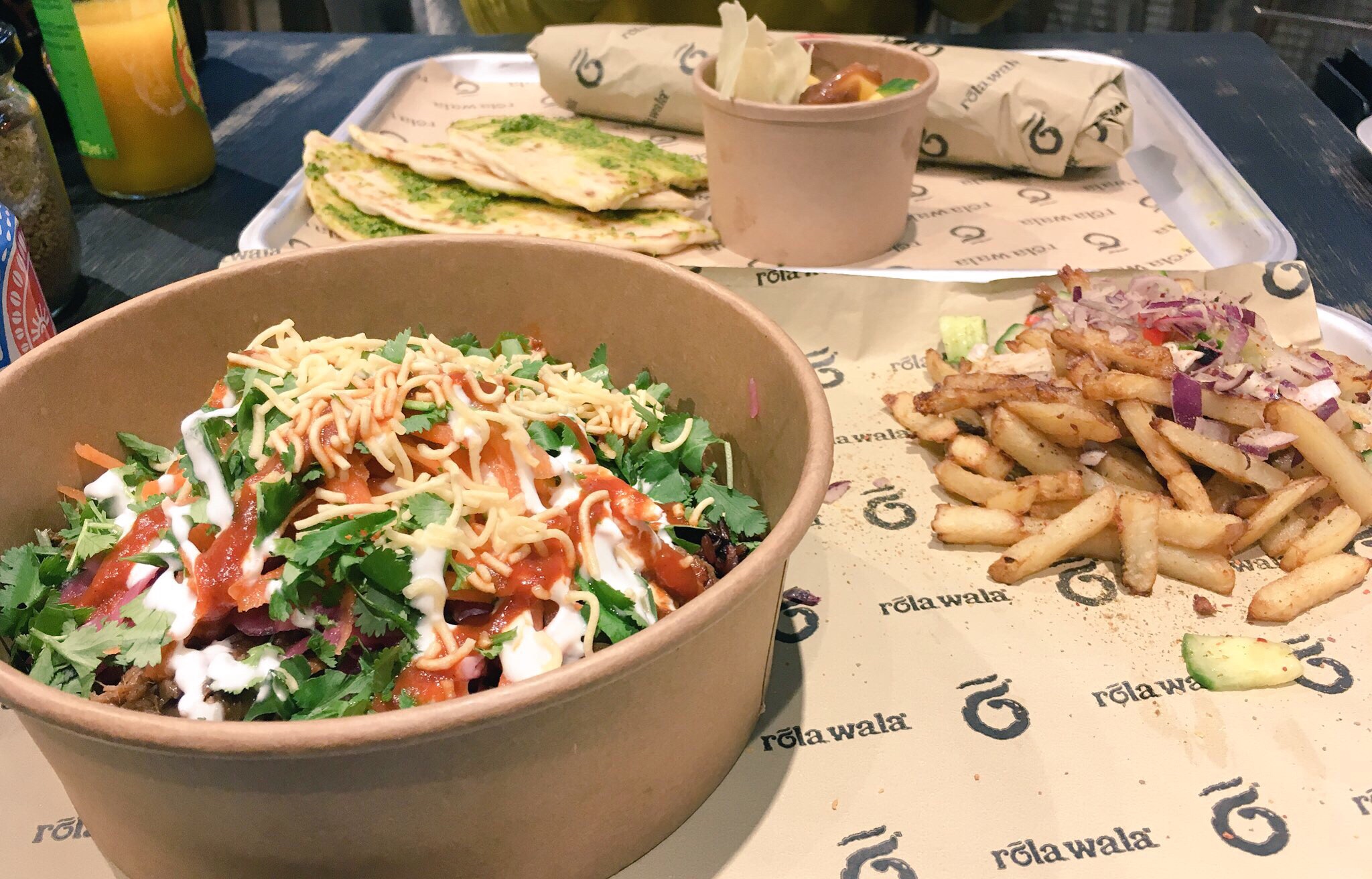 Other options include colourful rice bowls, which allows you to enjoy the meat or veggie naan fillings with less stodge. The Bengali Beef was tasty paired with the naga chilli chutney, pulling apart like it had been slow cooked for hours. The String Fries that accompanied it aren’t particularly exciting and wouldn’t be something I’d order again. 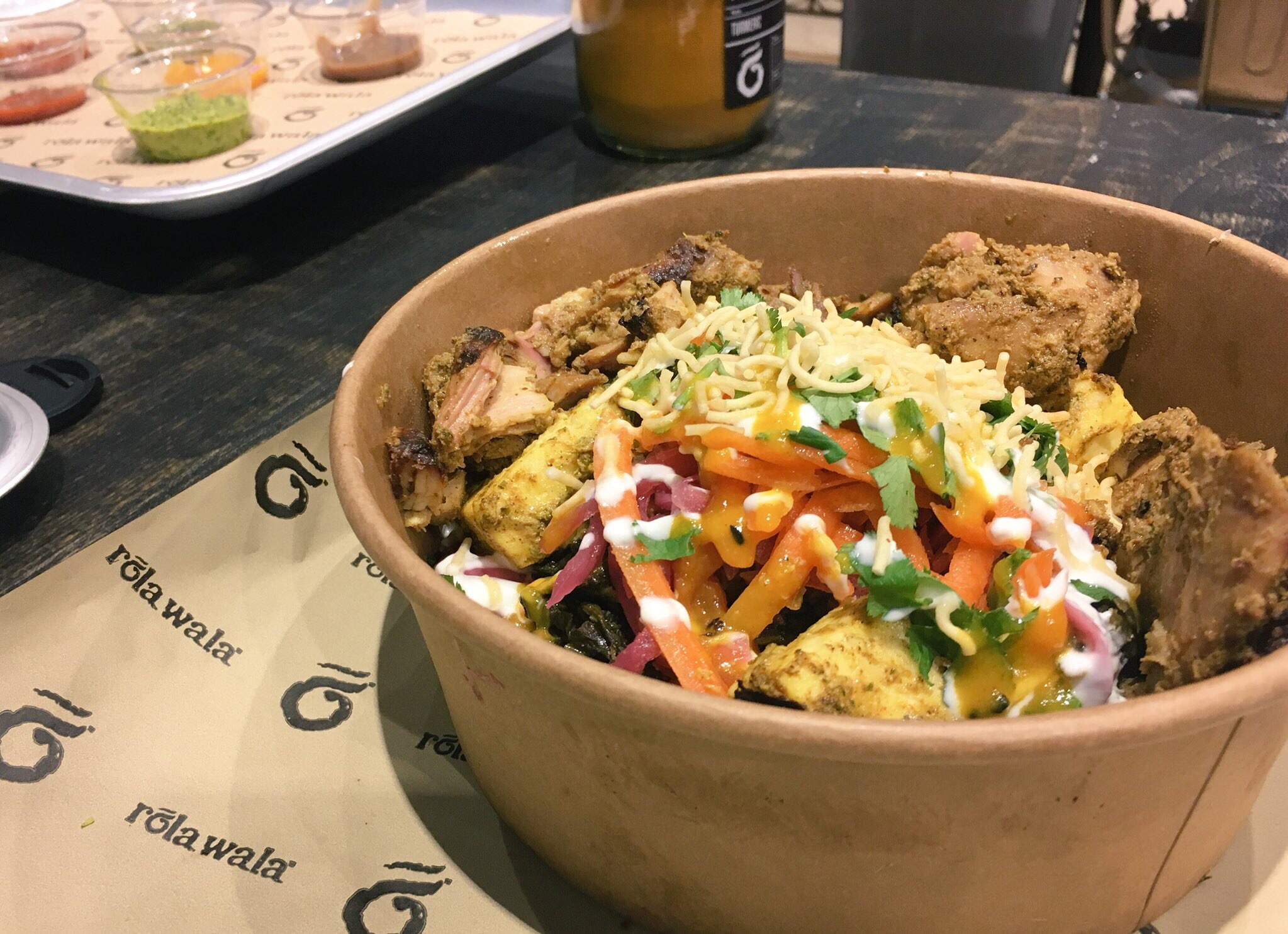 A combination of veggie toppings adorn the last rice bowl, choosing to double up (an extra £2.00) to allow us to try two of the options including paneer and sagwala. Pleasant enough but not comparable to the meat options that are undeniably much tastier and deeper in flavour.

The last minute added chicken tikka (sorry veggie friends) was flavourful, thanks in some part to the use of thigh meat over breast. Well played. The “super healthy” red rice they use here is totally new to me, but has nice bite and nutty flavour. Whether it is indeed super or not I can’t yet say.

Fresh juices and creamy lassi concoctions are available alongside beers and wines. The Mango and Turmeric Soda (£2.75) got rave reviews and is certainly unique. There’s also some beers available, as well as a plethora of soft drinks. 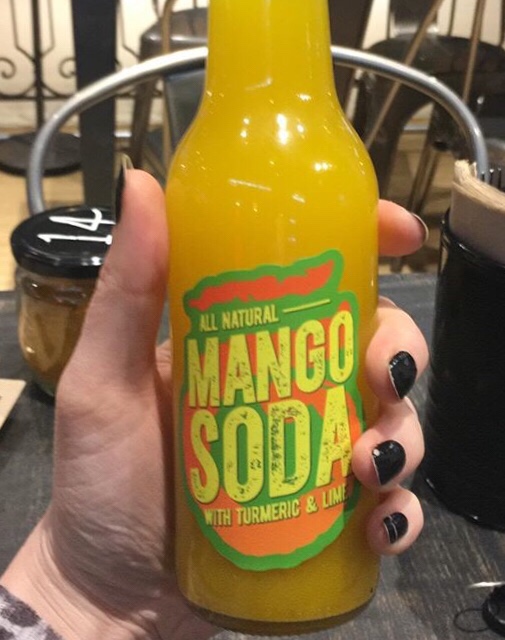 This place doesn’t have a traditional vibe or authenticity akin to Hen & Chickens or The Horseshoe, nor does it have the pretty, relaxing setting of Mowgli, but what it does offer is fuss-free fresh food on the go. The flavours are zingy and some really healthy options are available if desired.

It’ll make a popular lunch spot for shoppers seeking a well priced bite to eat that costs the same as a microscopic portion of Yo! Sushi Katsu Curry but offers a hell of a lot more. I’ll definitely make another visit for that lamb.

Do you like Indian street food? Will you be trying Rola Wala? Let me know in the comments.

Disclosure: I was a guest of the venue and food was complimentary in return for honest feedback. All opinions and photos are mine