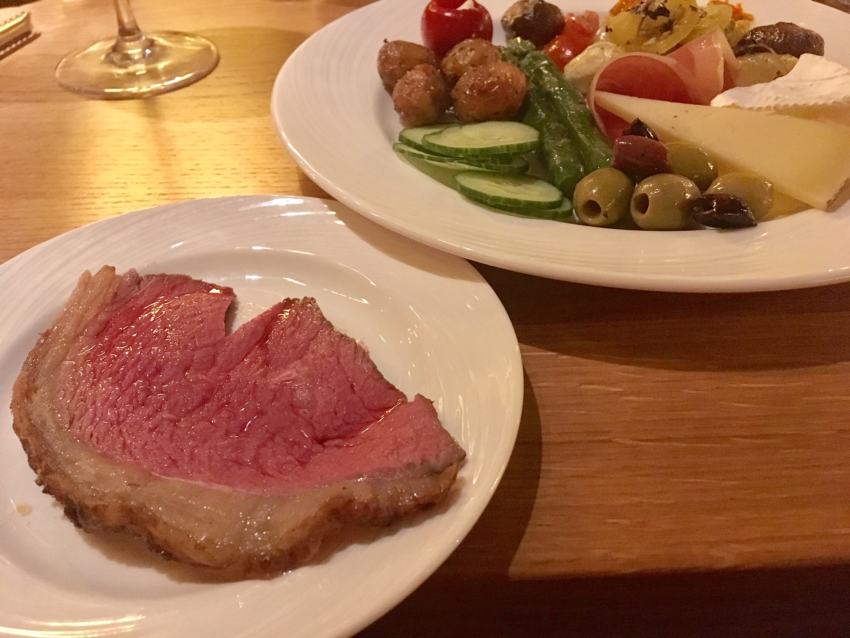 If you enjoy eating like a caveman but want to feel a bit fancy, you probably need to pay Fazenda a visit.

Situated next to Gaucho (you can eat other things than beef around Colmore Row, I promise) this Brazilian restaurant aims to give you the full rodizio experience in the heart of the city. The principle is simple but well executed: you pay a set price of £34.50 – £20.50 for lunch – and have access to enough meat to make most dinosaurs happy, plus a ‘sides station’ heaving with swish add ons like salads, cheeses, carbs and sauces. The venue itself feels quite opulent, there’s enough wine to drown in, and you can eat as much as you want. It’s kind of what I imagine being Henry VIII was like.. without all the beheadings and syphilis. 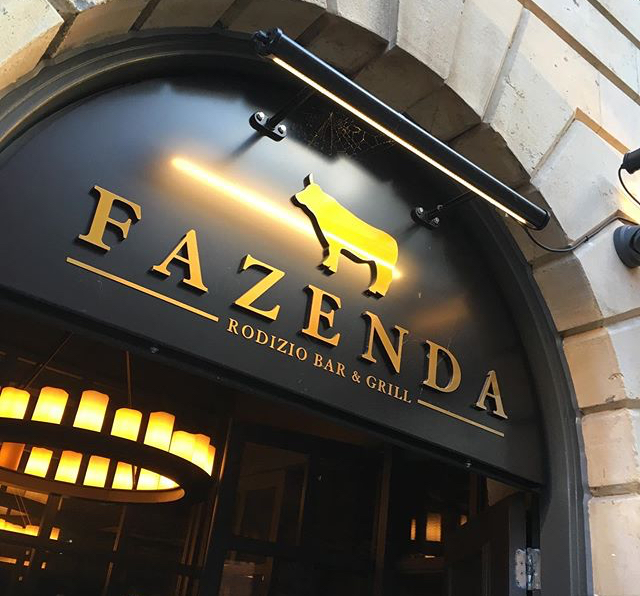 This visit, on a muggy Monday night, was not my first, having eaten here both as a food blogger (boo hiss etc) and as a girl with a credit card to bash. I originally tried the offering here during a launch event last year, and returned over the Christmas break when far too much Shiraz was sunk. I’ve enjoyed it both times, so was happy to return again for a friend’s birthday meal. Our 8:30pm booking meant we found the main dining area bustling, more so than I expected for a Monday night, although due to group size our table was located in the second, quieter, dining area. 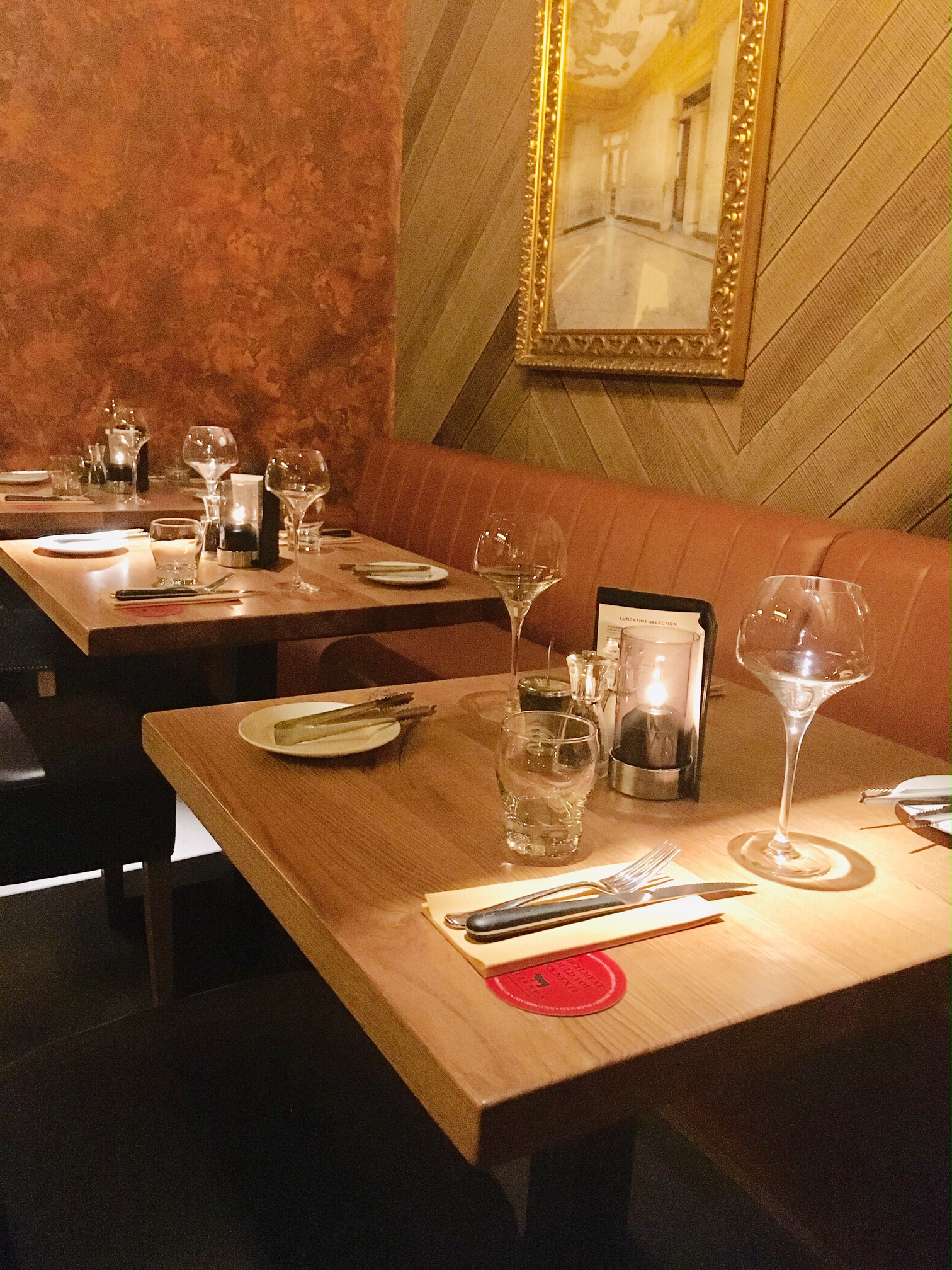 We tackled the impressive sides bar before the first chap armed with a skewer of meat arrived, taking absolutely zero notice of the varying piece of ‘pace yourself’ advice given by staff. Speaking of which (excuse the tangent) it is near on impossible to fault the team here – polite, engaging, efficient and bi-lingual, much to the delight of the Spanish-speaking birthday boy. Daniel, especially, was perfectly attentive and made a most-welcome effort to keep everyone happy. Back to the sides.. imagine a Boxing Day feast but with less pork pies and more cured meats, heritage tomato salad, and roasted asparagus. There’s plenty of choice and plenty of cheese, so I was happy enough anyway. 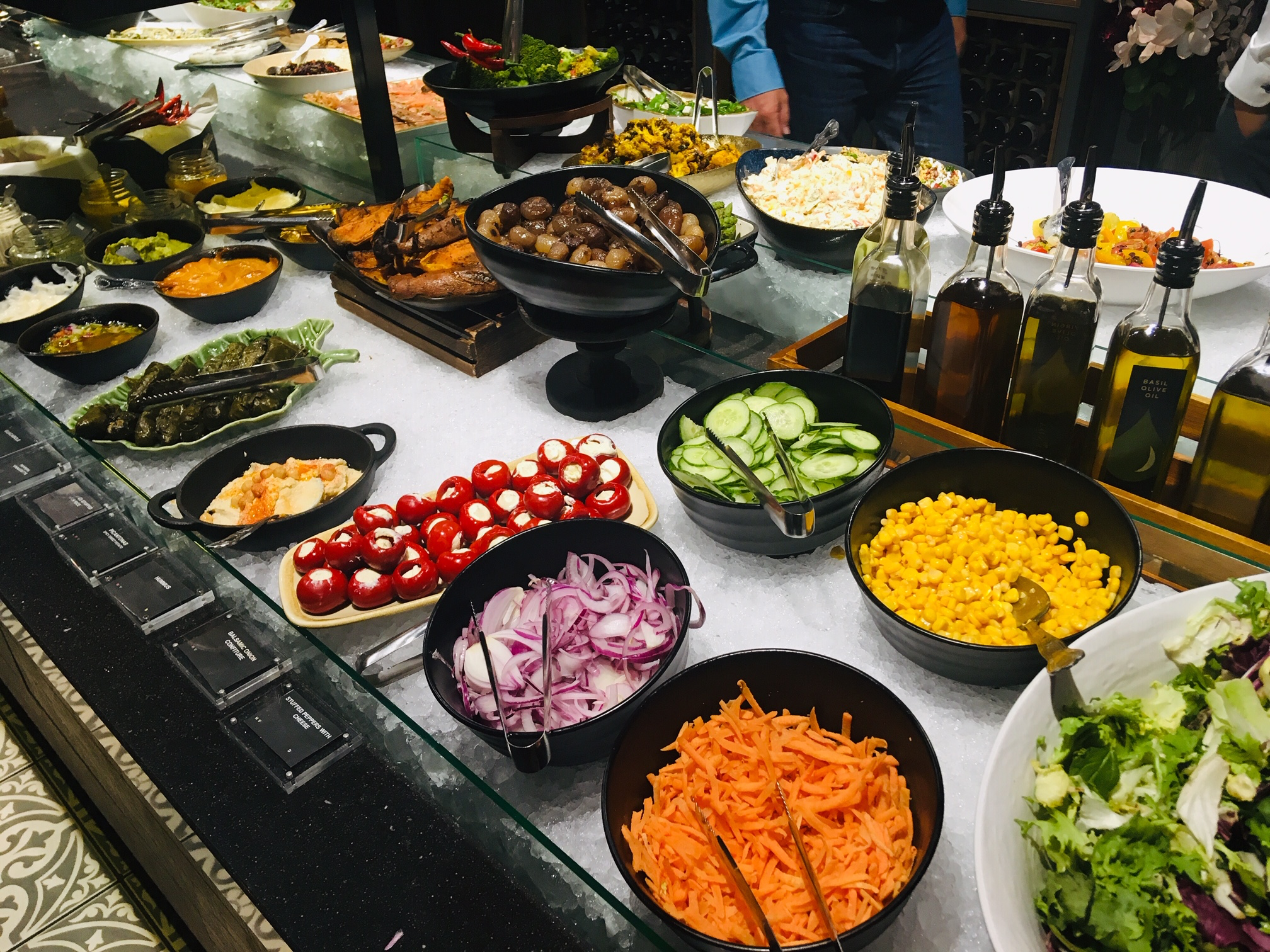 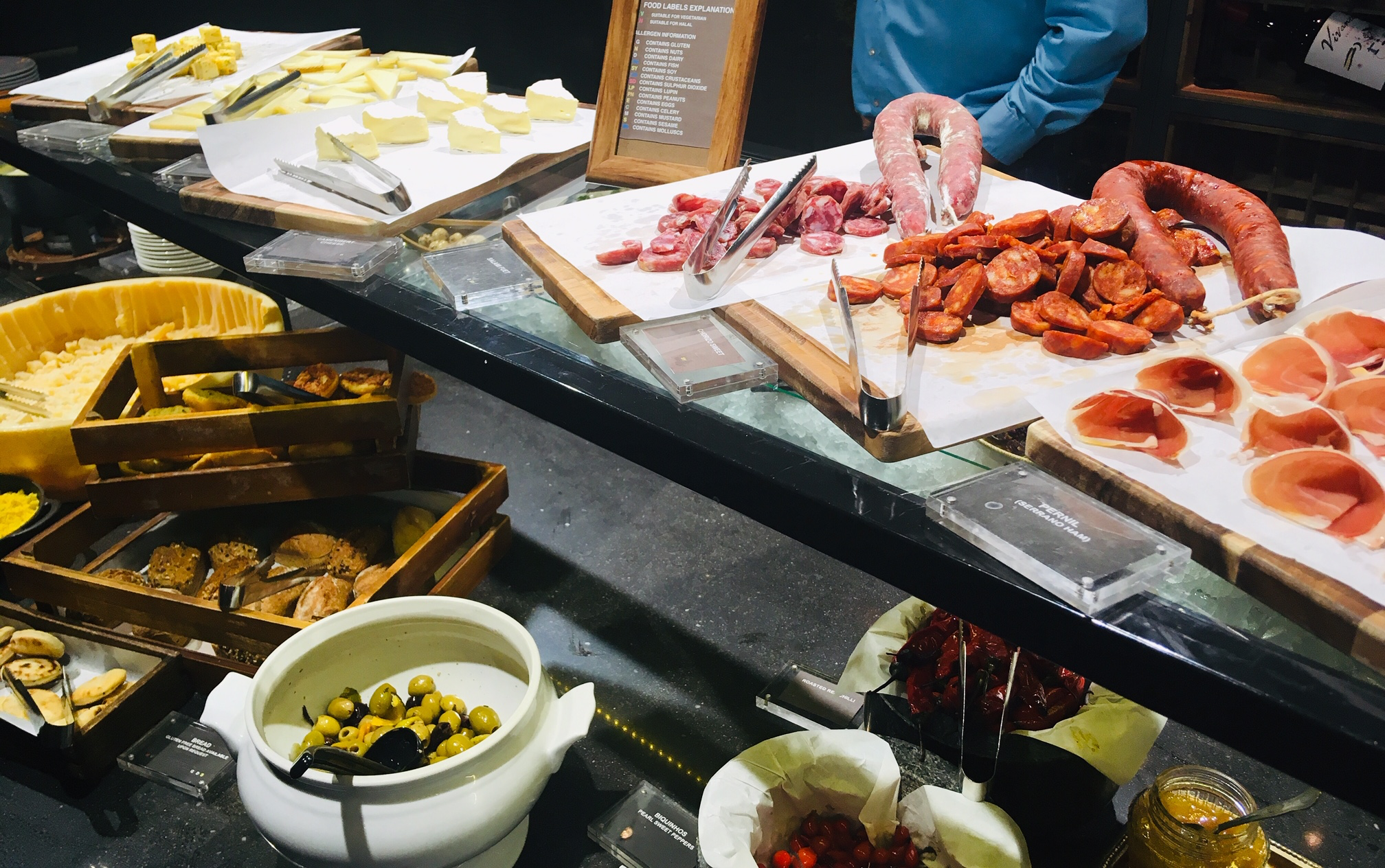 Back at the table the meaty fashion show had taken to the catwalk. First up a sliver of picanha (or rump cap to you and me) stole the show from the get go, the beef perfectly pink and surrounded by a piece of crispy fat that made me realise once and for all I could never be vegan. Minted garlic lamb chump proved popular with pretty much everyone, especially me when I got a slice from the salty, crisp edge. Rib eye boasted a rich flavour and some good chew, making the chicken thighs seem a bit boring in comparison. To each their own, but I’d put your efforts into trying the cuts of red meat over the chicken and sausages that fly past frequently. We left 3 hours later after two magnums of Malbec and an utterly unnecessary but bloody delicious dulce de leche dessert that I can’t remember the name of because of the afore mentioned vino tinto. 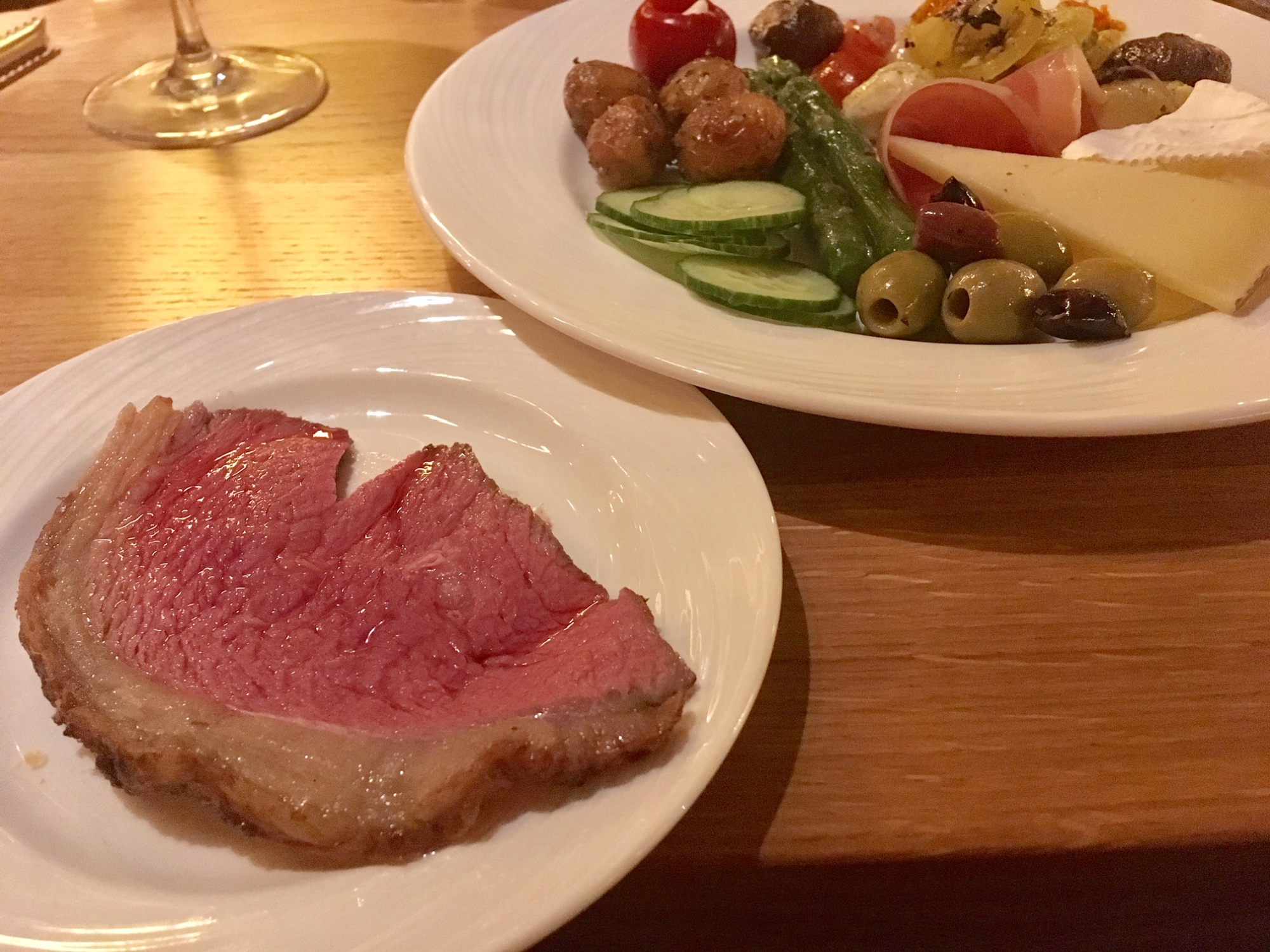 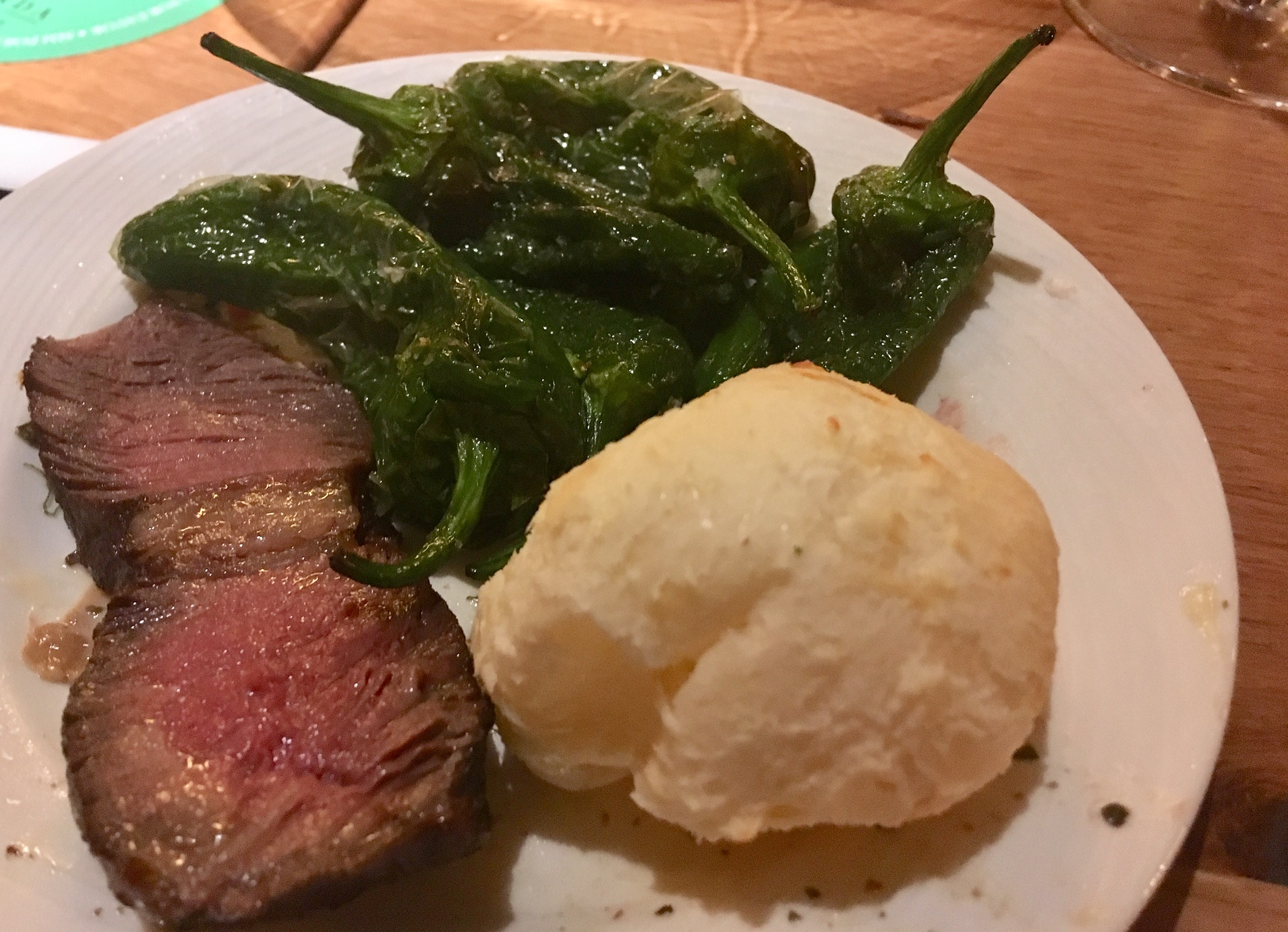 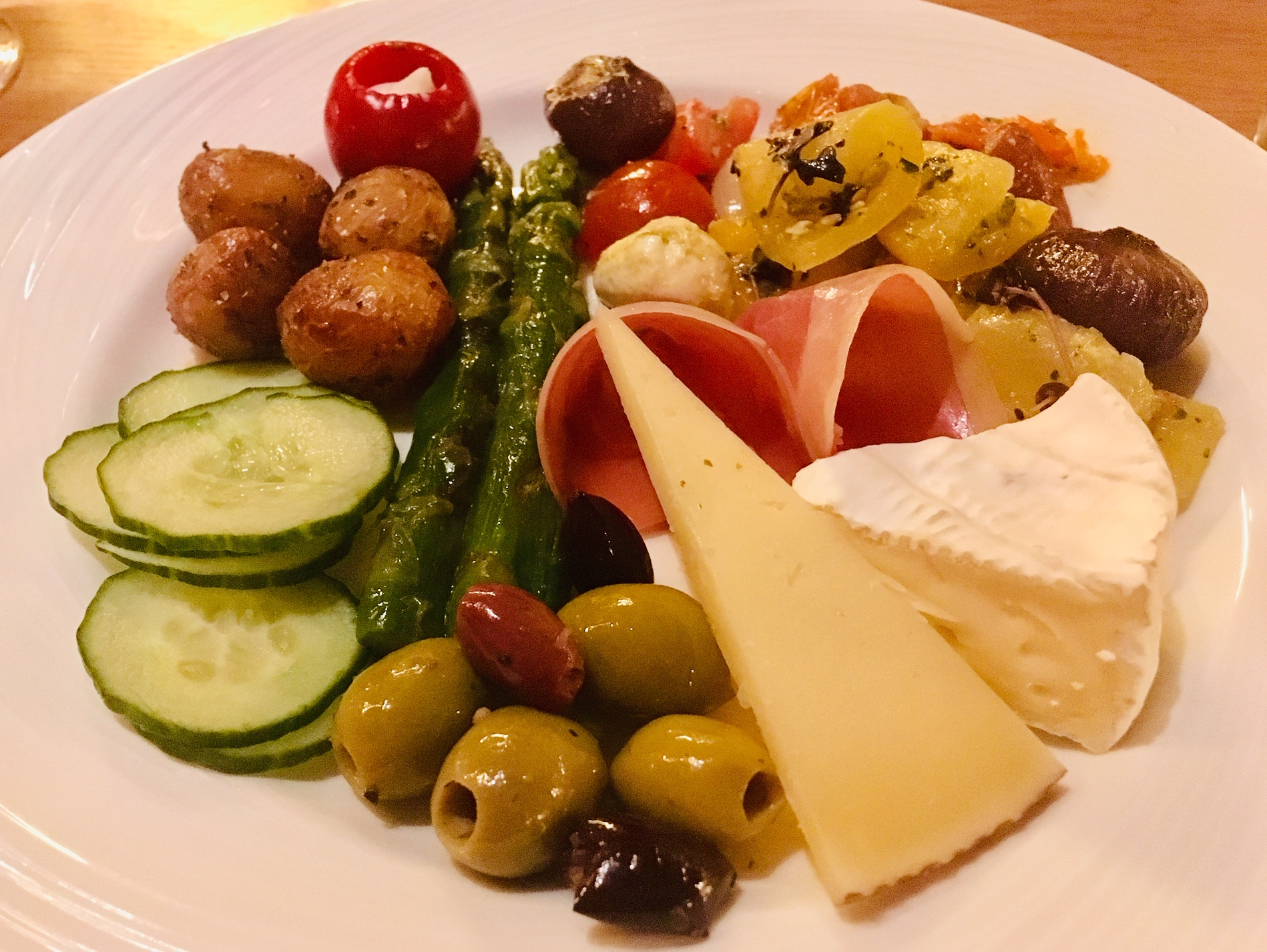 Personally, I think Fazenda represents good value for money, especially if you’re a fat git like me and you can eat a lot. There’s a good variety of quality meat that’s cooked well, and they’re willing to cook to order should you have special requests. It’s worth noting that, because most cuts arrive rare to medium rare – I like that but appreciate some don’t. Whatever you do, just don’t be that person asking for well done steak. If you do like ruining something other people would take good care of, just give it to Jeremy Hunt and save yourself the money.

Disclosure: All words and photos are mine. I paid in full for all food and drink, but it’s good ‘blogger practice’ to reiterate I have dined as a guest of the restaurant before. It makes absolutely no difference to this post, me or you – but it’s easier to be transparent as I can’t be bothered to fight Twitter bog trolls more than I already do.

November roundup incoming featuring a wedding, a b

ad | If like me you love the @dishoom breakfast na

In honour of my pal Mark getting married today, he

This is your sign to stop what you’re doing and

ad* One of the (very few) things I actually quite

Happy Friday! 🍺 Hope your weekend is as lubric

ad | If you’re on the hunt for festive gifts for

Me telling my husband to order a Dominoes knowing

And that’s a wrap on October. A month of birthda

Being that everyone seems to enjoy falling out on

Tried the roast offering at @jonathansintheroundho

ad. What a gorgeous show! A soulful and emotional musical that’s not to be missed. Absolutely loved it ⭐️ ⭐️ ⭐️ ⭐️ ⭐️

@BiteYourBrum Join me on OnlyPans. The website for hospitality folk to sell foot pics to afford butter.