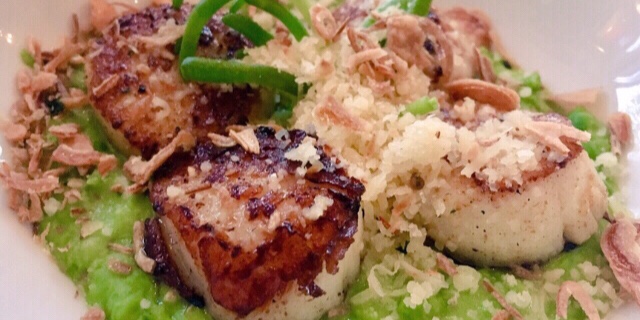 Unless you’ve been hiding under a rock (with no access to social media) for the last month you’ll be aware The Ivy Birmingham has now opened on Temple Row.

Truth be told, there was so much showboating when The Ivy Birmingham opened its doors last month I was sort of put off going for a while. I’m not into all that going somewhere just to be ‘seen’ and, because I’ve eaten at several brasseries under the same name across the country already through work, I had a pretty good idea of what to expect. Either way, I decided to hold off visiting until the venue had a chance to settle in and find its feet; this turned out to be the night before we flew to Rome for my birthday. It made sense really, who wants to cook the night before a 6am airport trek? Not me, at least.

As you’d expect from this brand, the restaurant and bar are attractive and stylish. A friend had described it as ‘effortlessly elegant’ to me, but you can see from the level of detail throughout it’s clear a lot of thought has gone in to the aesthetics. Hues of teal, rust and gold run through the Art Deco inspired decor and it’s undeniably chic. The bespoke drawings and sketches of Birmingham are a nice personal touch too. 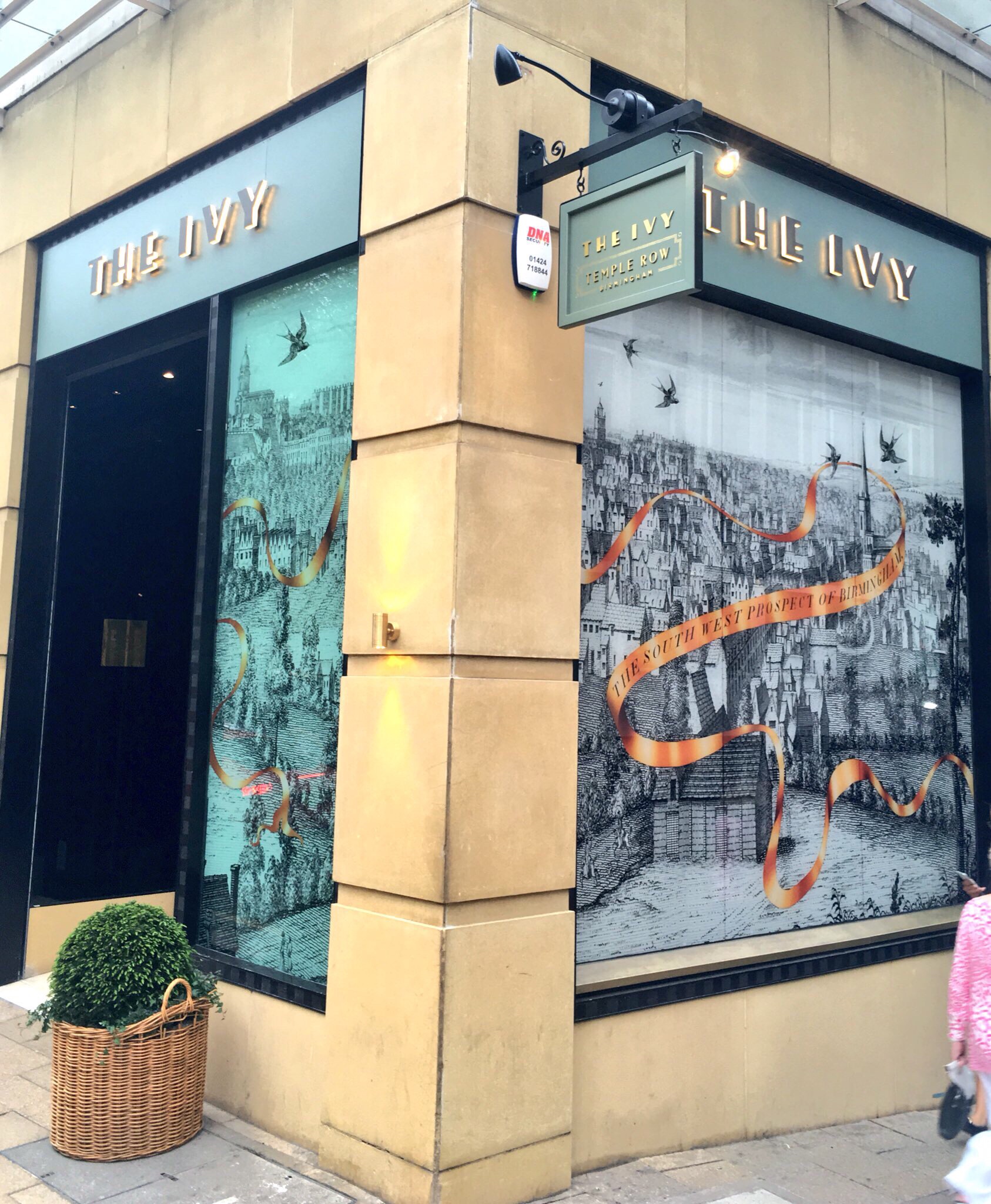 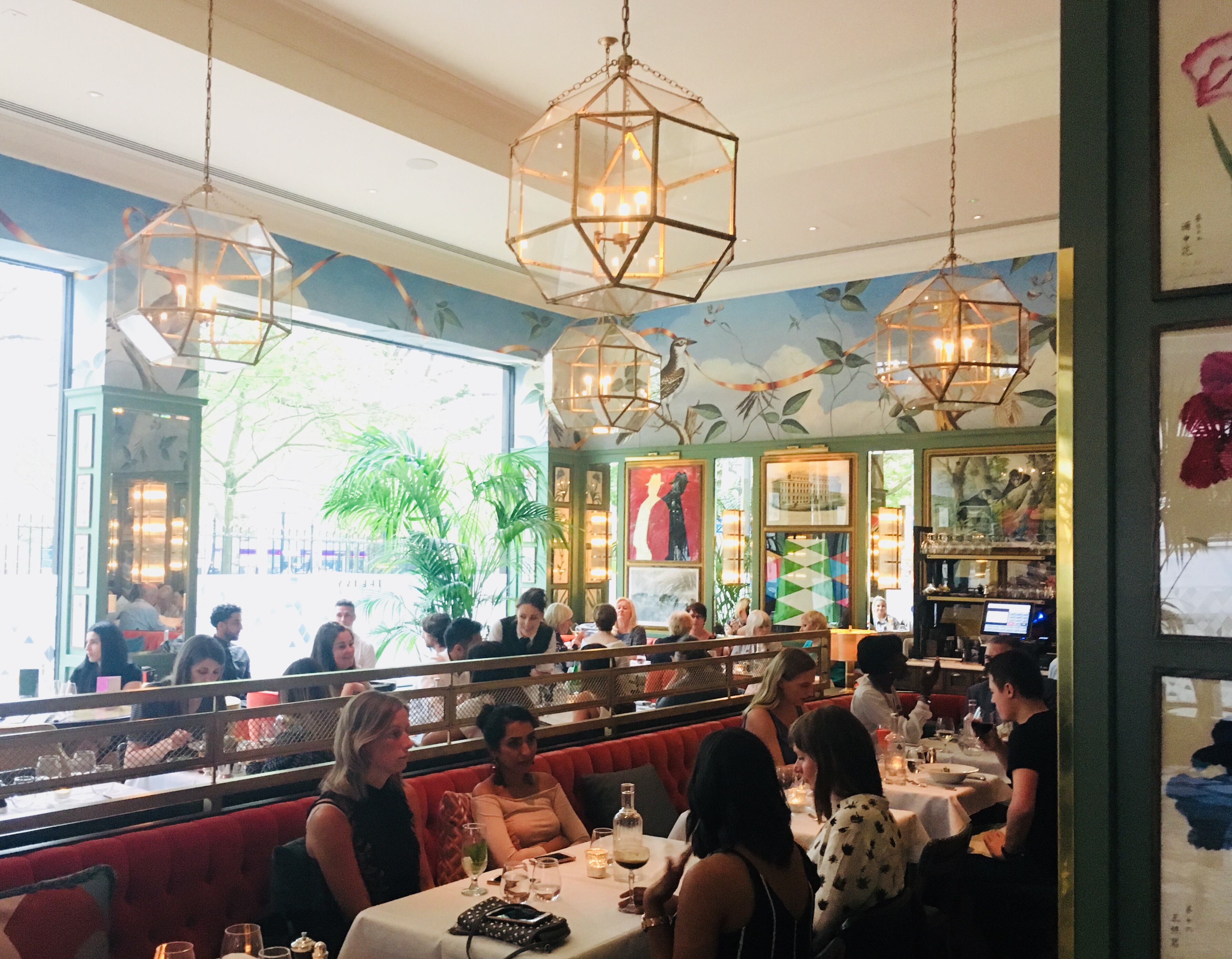 Set across the road from Fumo, the large windows ensure lots of natural light and a view of the park during the day; come the evening the lighting is dipped and the room becomes a romantic haven. Well it would be if you weren’t practically sat on your fellow diners who are packed in a bit like well dressed sardines. There’s also a private dining room for hire, away from the main dining space if you’re planning a special event. 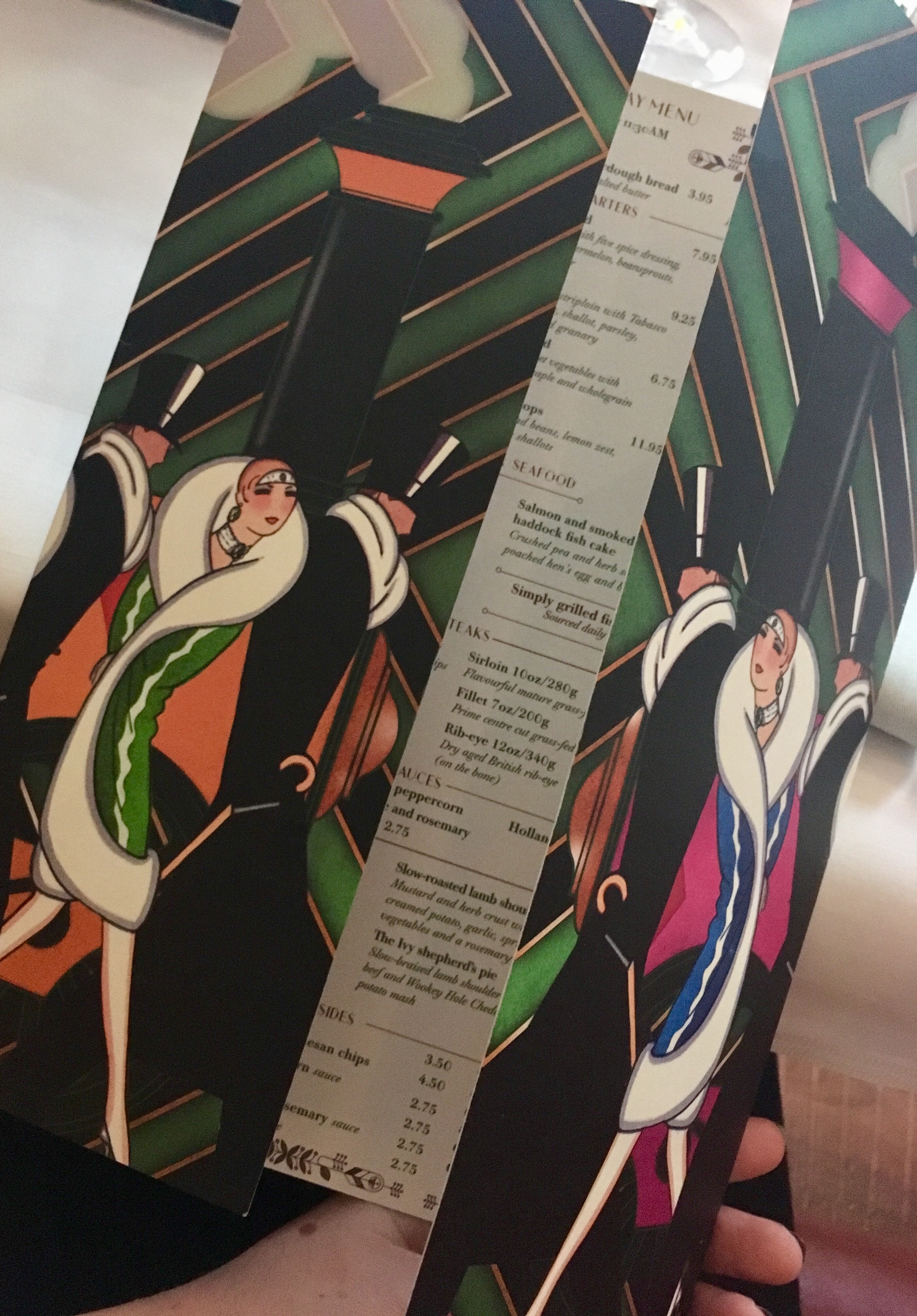 The main menu is larger than one might expect, offering plenty of choice and variety; British classics and Italian dishes feature heavily. My starter of Atlantic Sea Scallops (£11.95) was pleasing to the eye and well conceived. The tender scallops were cooked perfectly, retaining bite yet offering up a just translucent centre. A coarse pea purée with al dente broad beans and a lightly acidic lemon oil accompanied the sea scallops. A pleasant dish that looks like spring encapsulated, to me. The Husband enjoyed his Prawn Cocktail (£9.75) starter although there was more lettuce than shellfish. 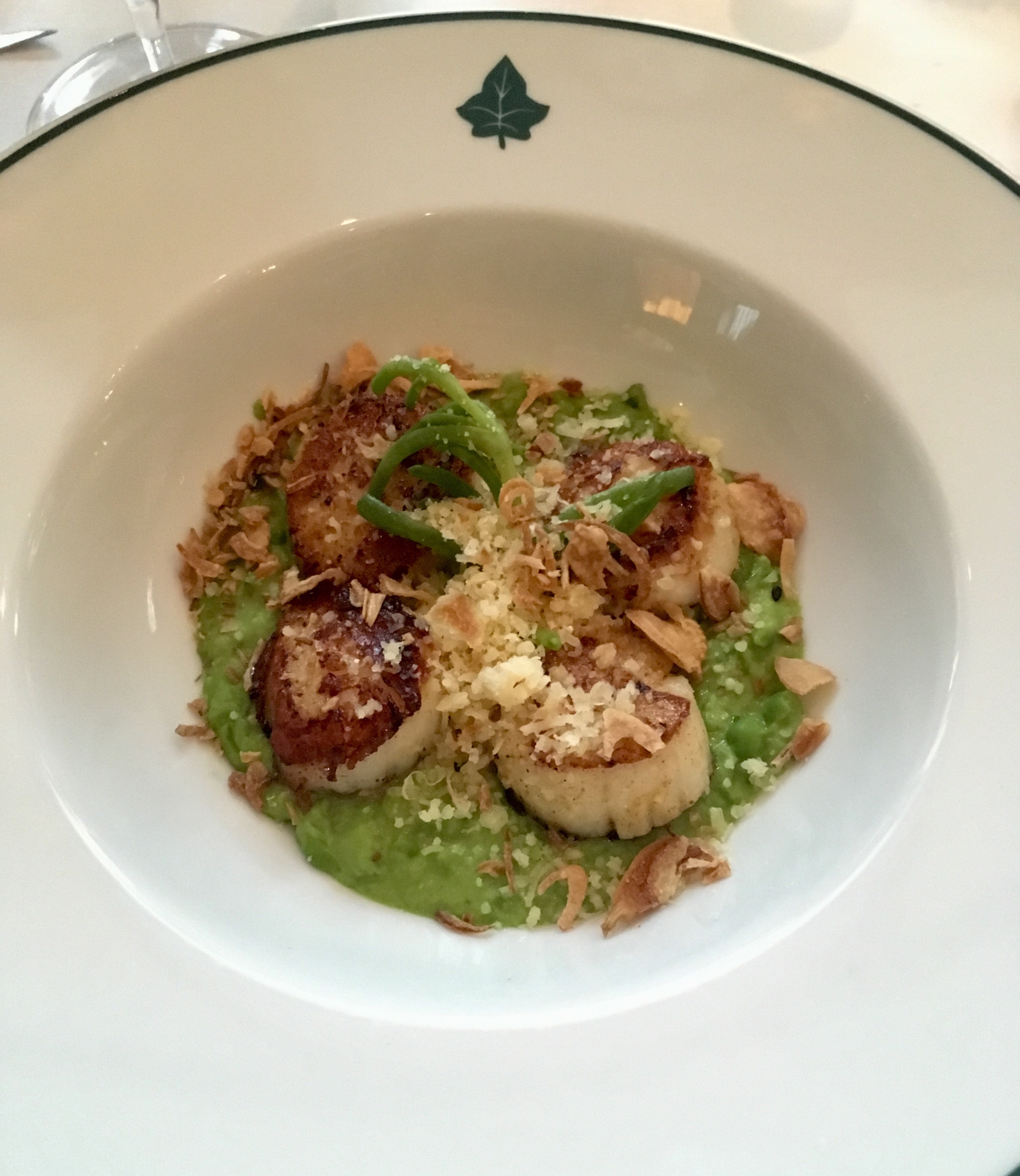 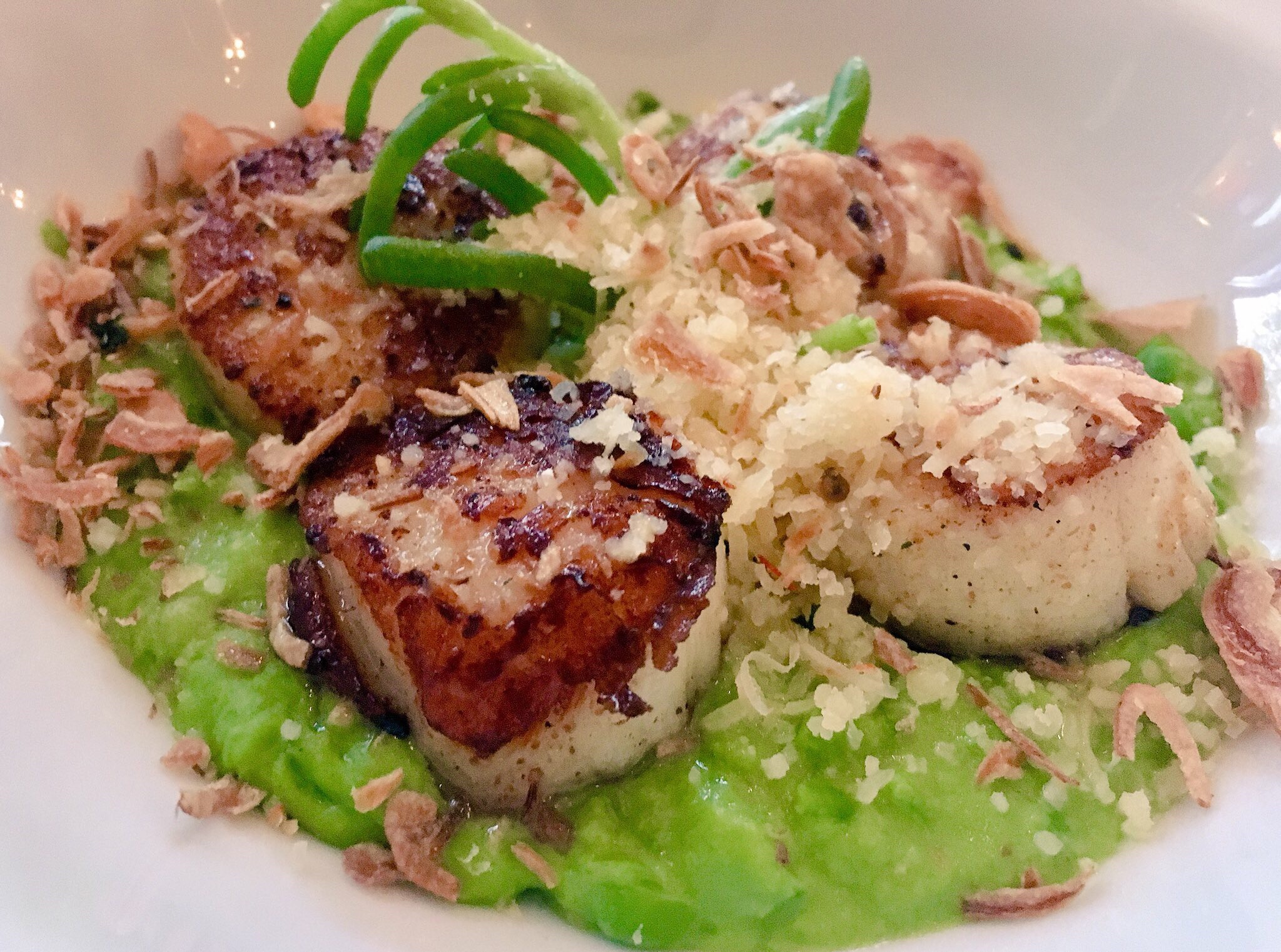 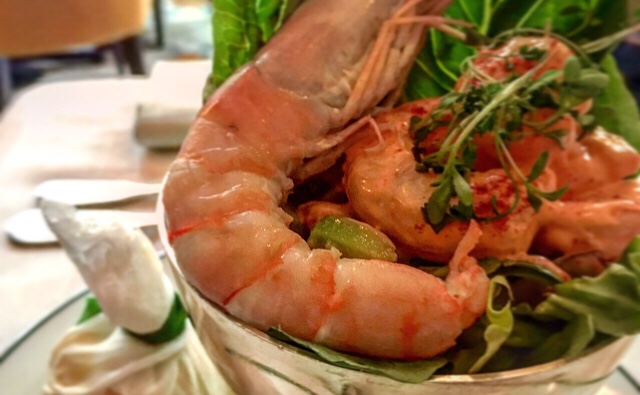 Despite eyeing up a lobster as it was delivered to a table nearby, I went for Slow-roasted Lamb Shoulder (£16.95) as my main. This is pure comfort food, with a decent sized piece of tender lamb on a bed of creamy mashed potato with spring greens and additional spinach. The mustard flavour made the crust a little overpowering in places but was balanced with a drizzle of the accompanying rosemary sauce. Other mains on the table included Fillet Steak, which at a few pence shy of £30 “should really come with chips,” according to The Husband. He should know I guess, he’s northern; it’s his forte. His separate portion of Truffle Chips (£4.50) seemed to pacify him in the end. 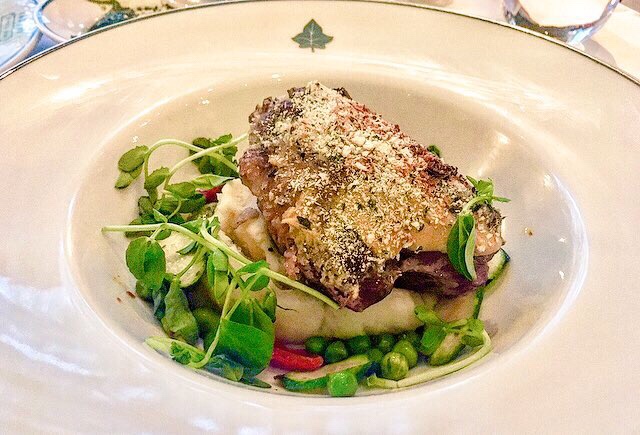 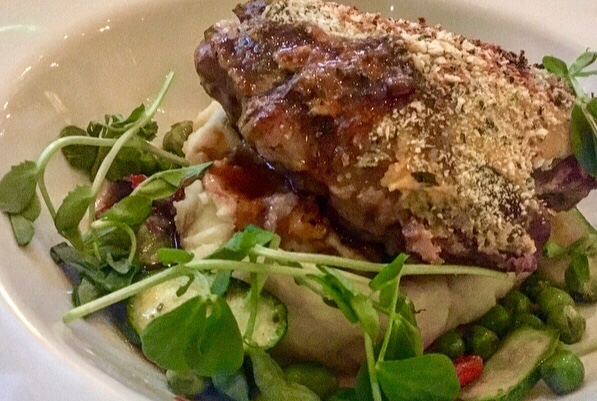 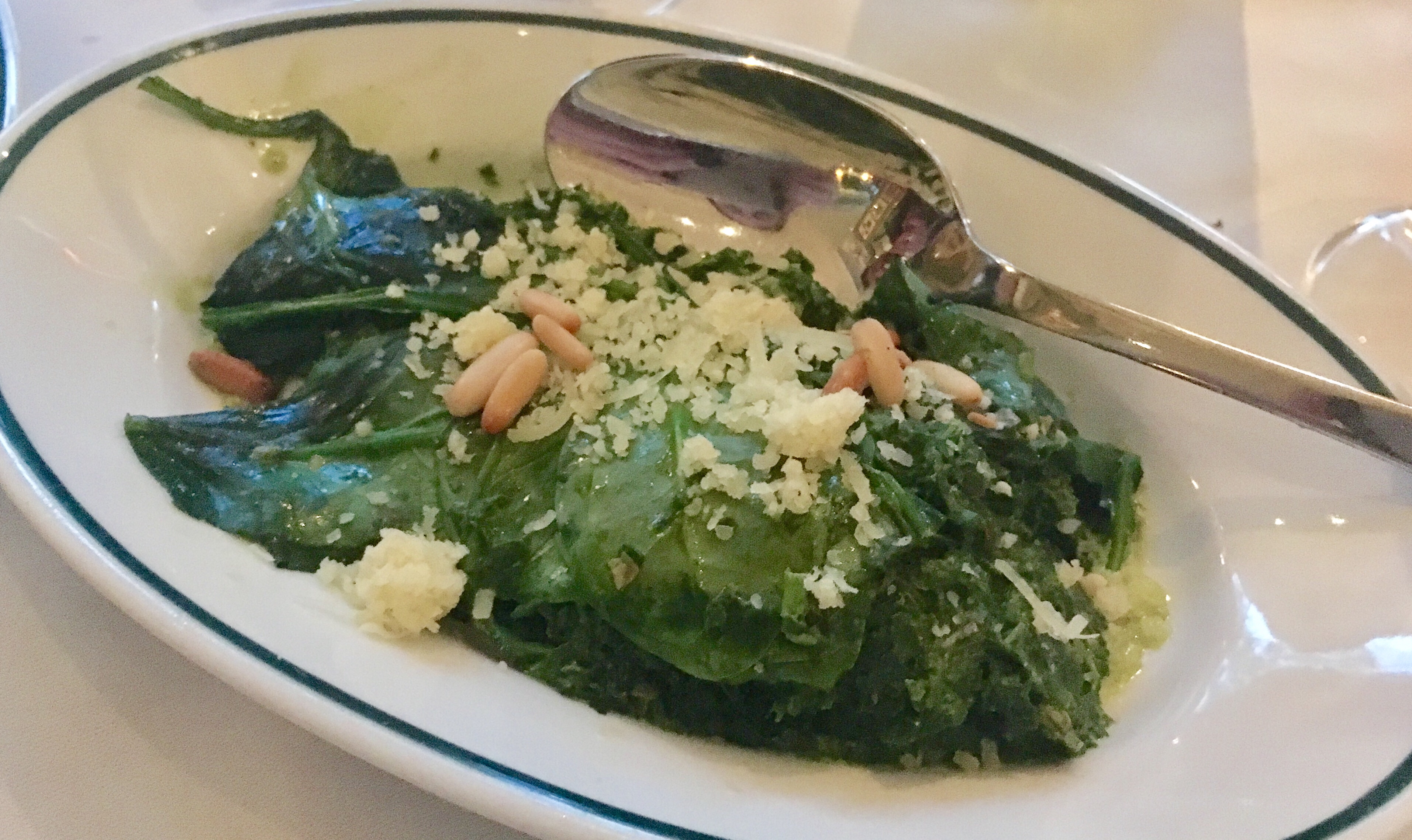 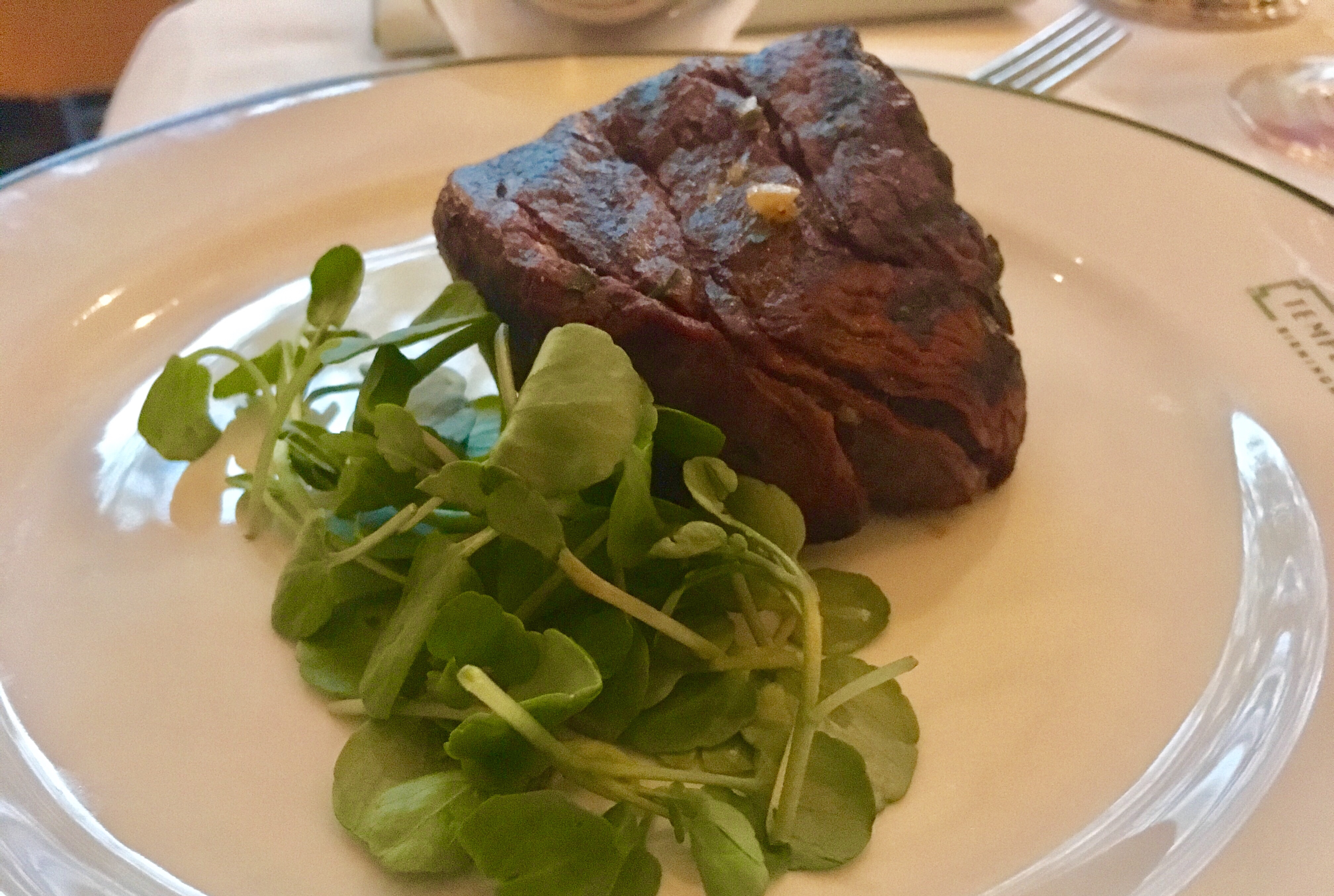 Dessert came in the form of Apple Tart (£7.95) and a delightfully perky Rhubarb and Basil Daiquiri (£9.50) for me; a Chocolate Bomb (£8.50) and a signature The Ivy bottled beer for Ian. My crisp tart was set alight at the table (who needs eyebrows anyway?) which managed to both amaze and mildly panic the woman sat next to me. I don’t recall eating a pudding that causes more drama than me before but, as I said, we were seated a mere half a metre from the next table. Pyrotechnics complete, Ian’s bomb arrived next and got all the warm pouring sauce melting “oohs and ahhs” one would expect, but was too sweet for my tastes. He, however, inhaled it so I guess it’s down to sugar tolerance. The sense of show surrounding dessert here is admirable, and if nothing else put me right in the mood for some Eurovision action that weekend. There’s an extensive wine list to match the al la cart menu if cocktails aren’t your bag, and we enjoyed a few glasses of the Malbec available. 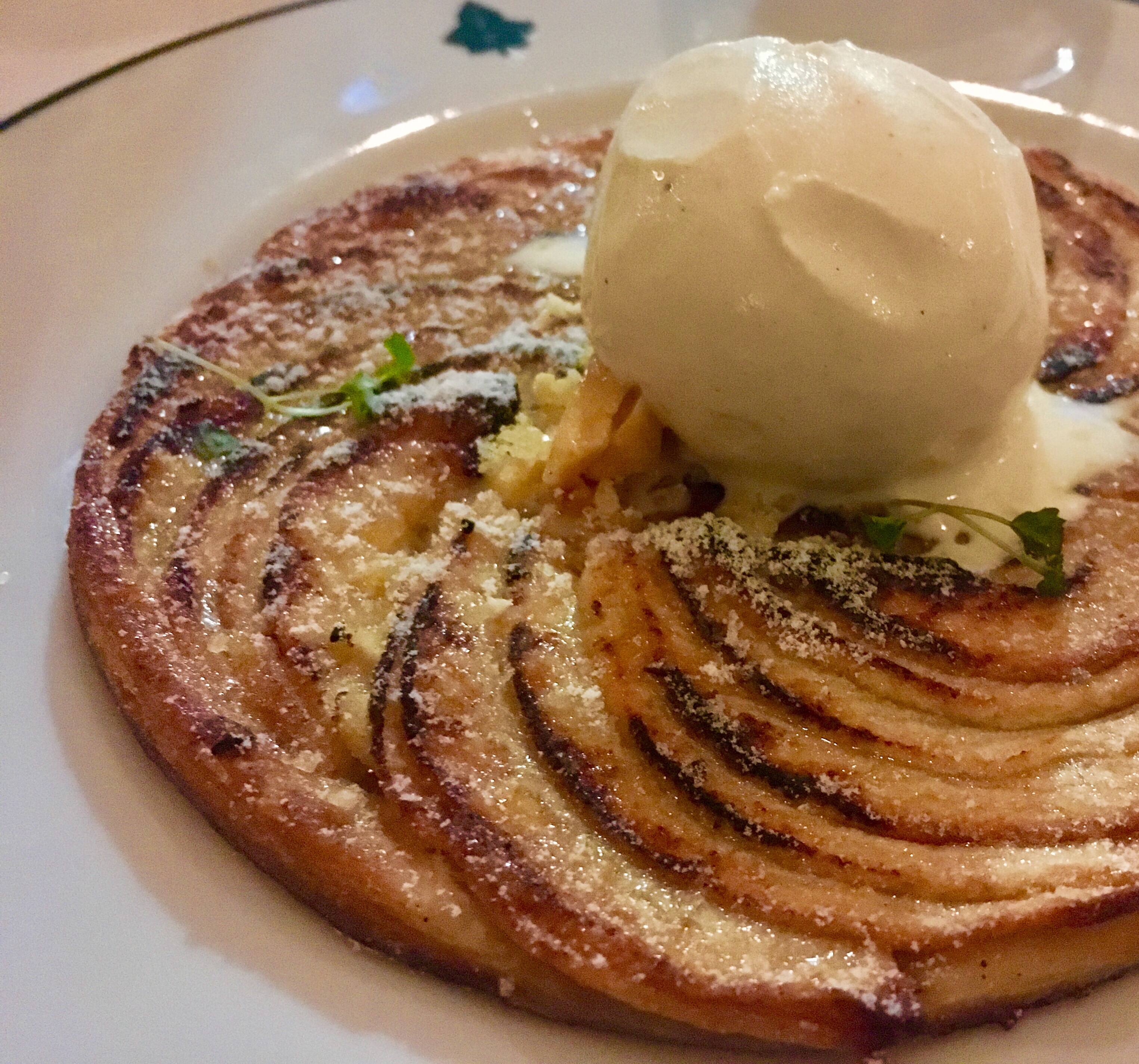 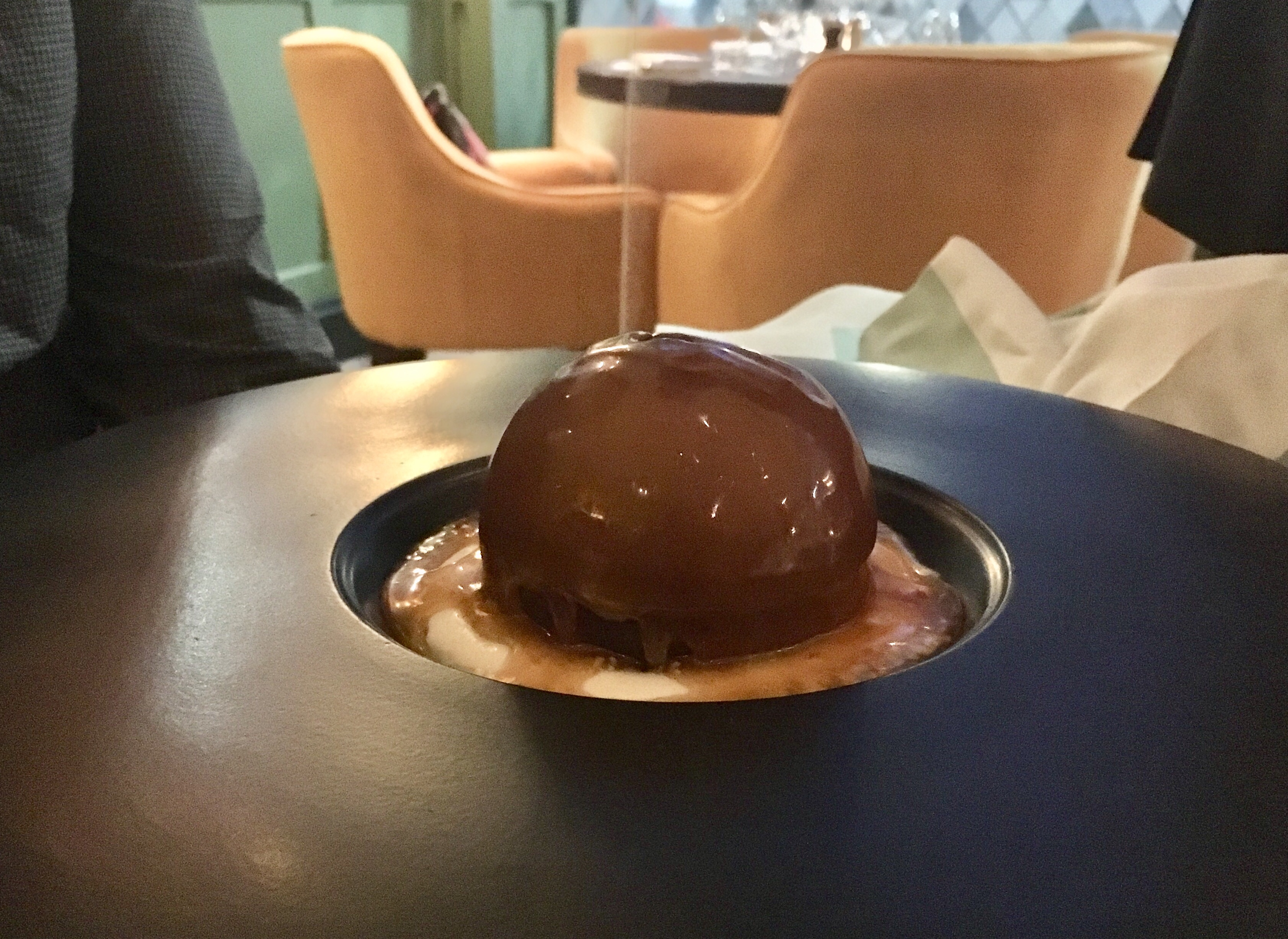 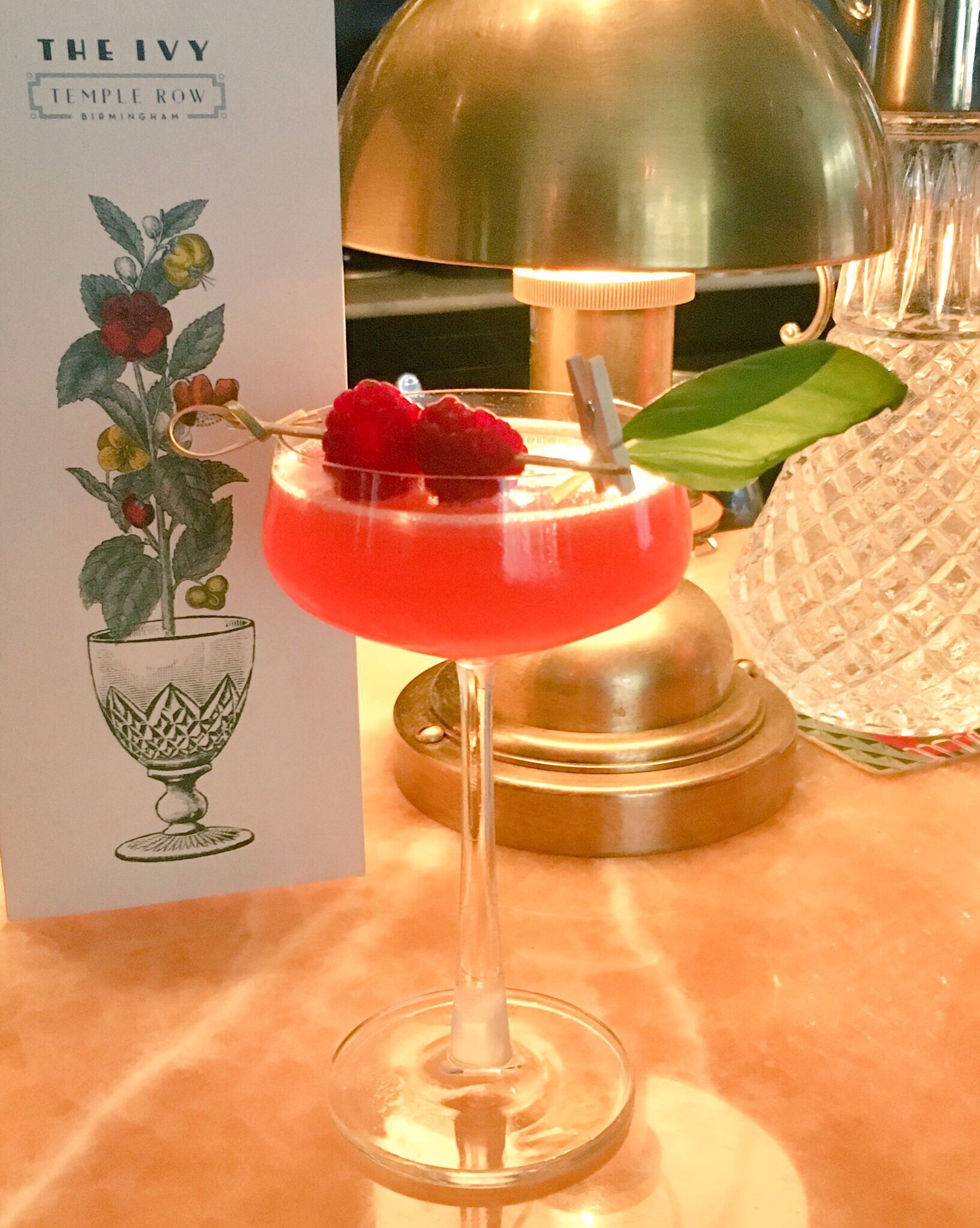 It felt a little claustrophobic for me in terms of how close we were sat to other diners but I appreciate that’s a personal gripe. In future I’d request a booth or window table which had better lighting and space generally. Much of the menu is reasonably priced for a brand synonymous with celebrities (good luck with that in Brum) and a swish dining experience. Three courses averaged around £35 a head – there are certainly places nearby charging more and providing less bang for buck. Equally there are also places that charge less and give you more substance over style; decide for yourself which you value more. It’s worth checking out if you’re looking for a mid-price spend per head that delivers attractive food and a varied British-meets-Italian menu.

You can expect decent levels of service from the moment you arrive – as long as you have a reservation. I can’t stress that enough. We saw people (rather abruptly) being turned away without reservations as we left. I get that you want to be exclusive but there’s no need to turn your nose up at a group of 6 well dressed chaps when you’re half empty at 9:30pm, surely? Our visit was mid week and the place was basically full by 7pm so booking (online) is currently essential.

Have you been to The Ivy Birmingham yet? What were your thoughts? Let me know in the comments.

Disclosure: All photos and words belong to me, the birthday girl for seemingly the 10th day in a row. Thanks to my pal for paying for dinner.