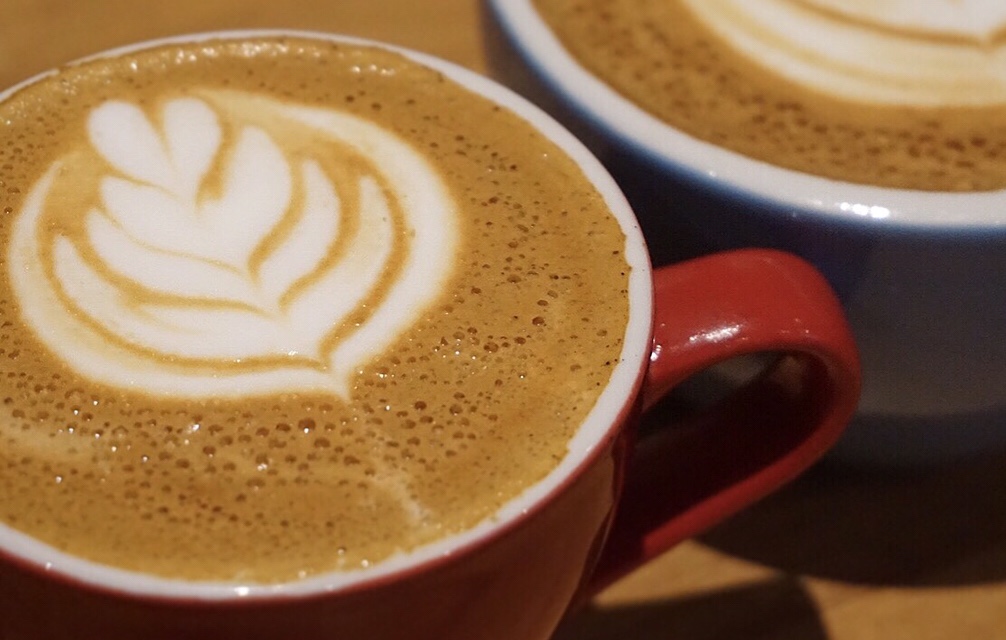 I spent last weekend locked in the basement of 200 Degrees with a group of women and a man called Alex.

That sounds more ominous than it was really. I was actually taking part in a barista training class offered at 200 Degrees, rather than being held in some kind of Fred West style lock in. Unless Freddie knew his espresso from his latte, and I don’t really get the impression fancy coffee was his bag. I digress.. 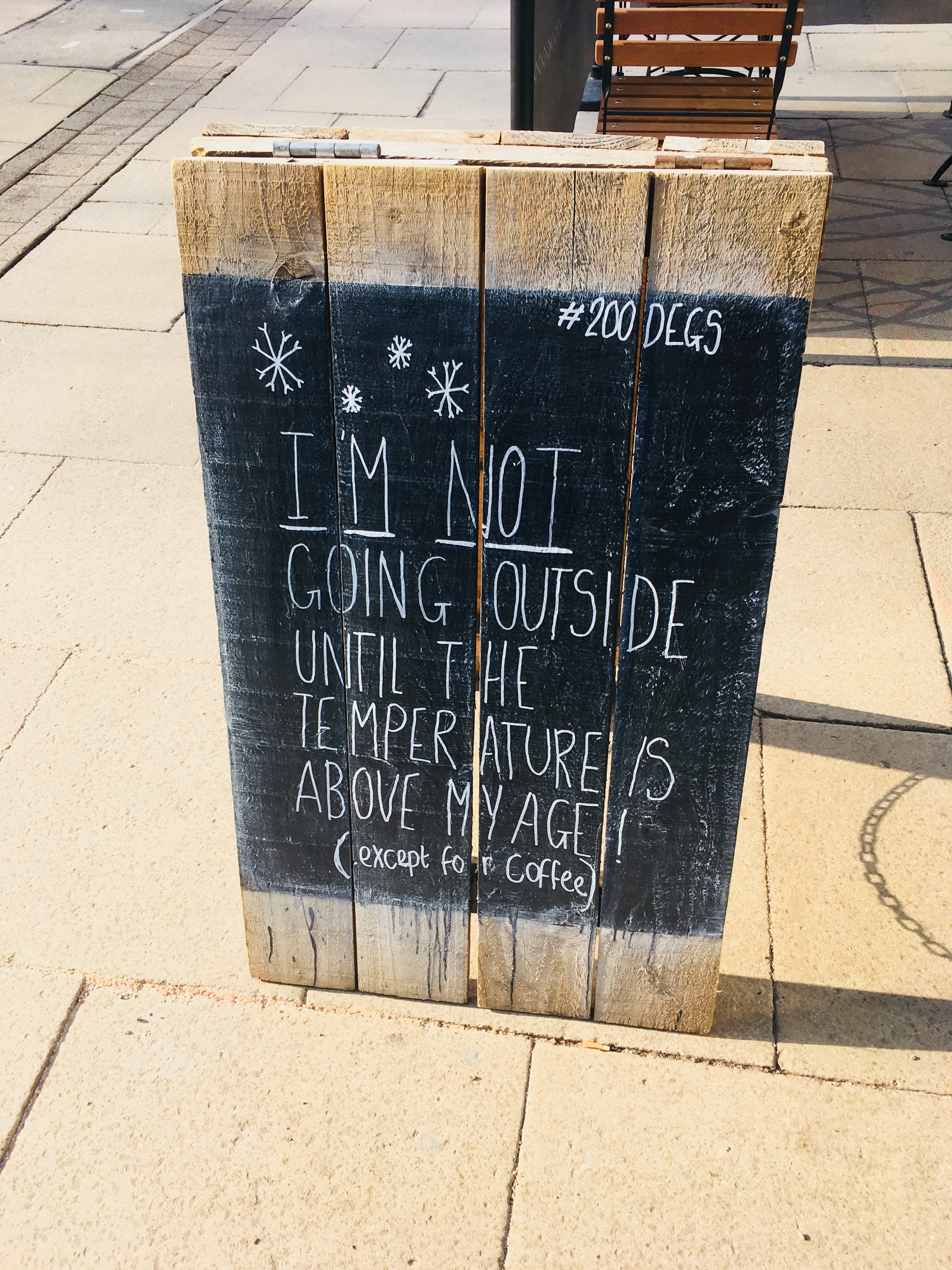 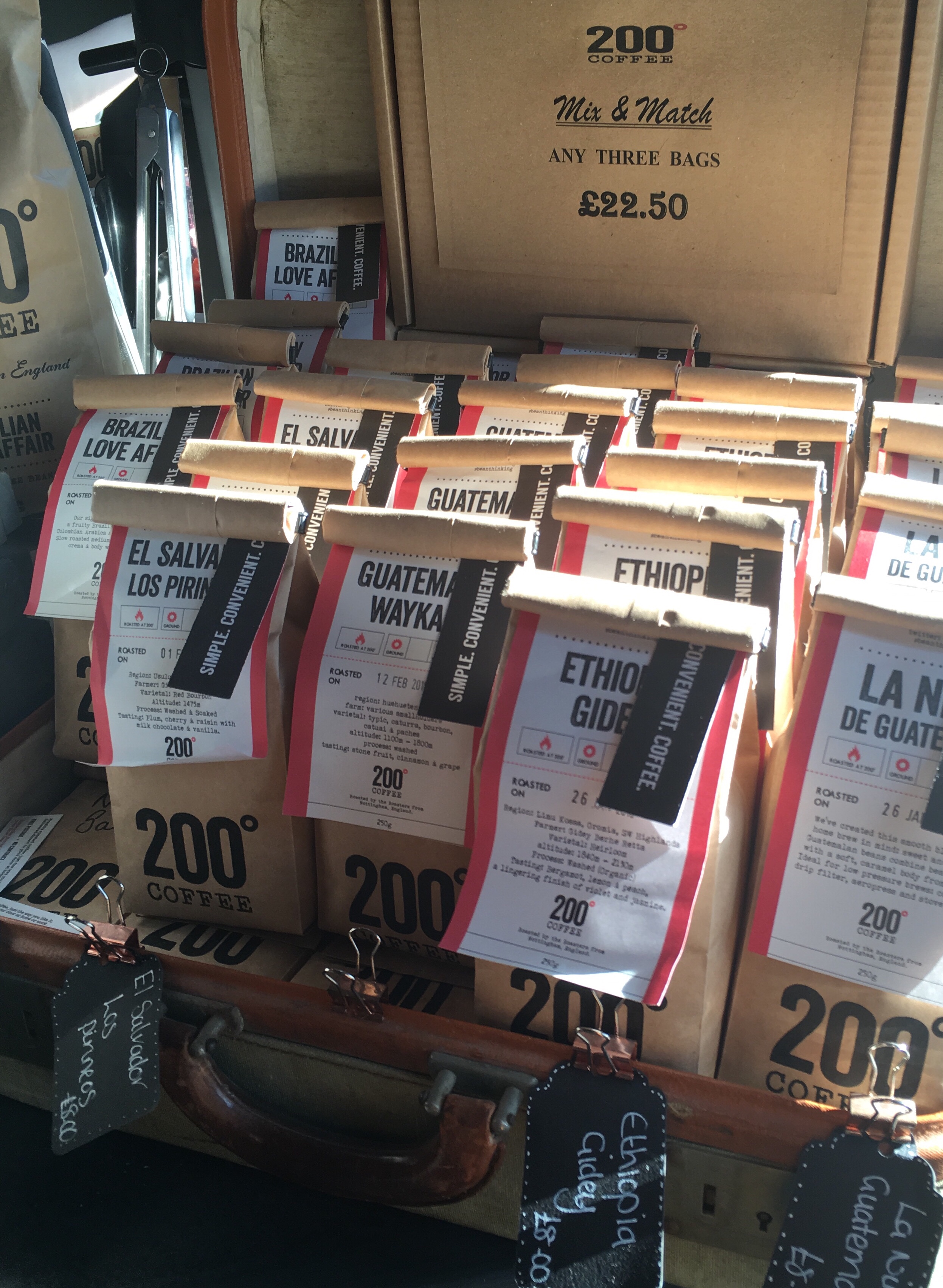 I’m a long standing fan of the most beautiful coffee shop on Colmore Row. I often take my laptop and work in there, mainly because the coffee is honestly some of the best I’ve found in Birmingham city centre. What I didn’t know (despite the huge sign giving the game away) is that the venue also offers various classes for coffee lovers. 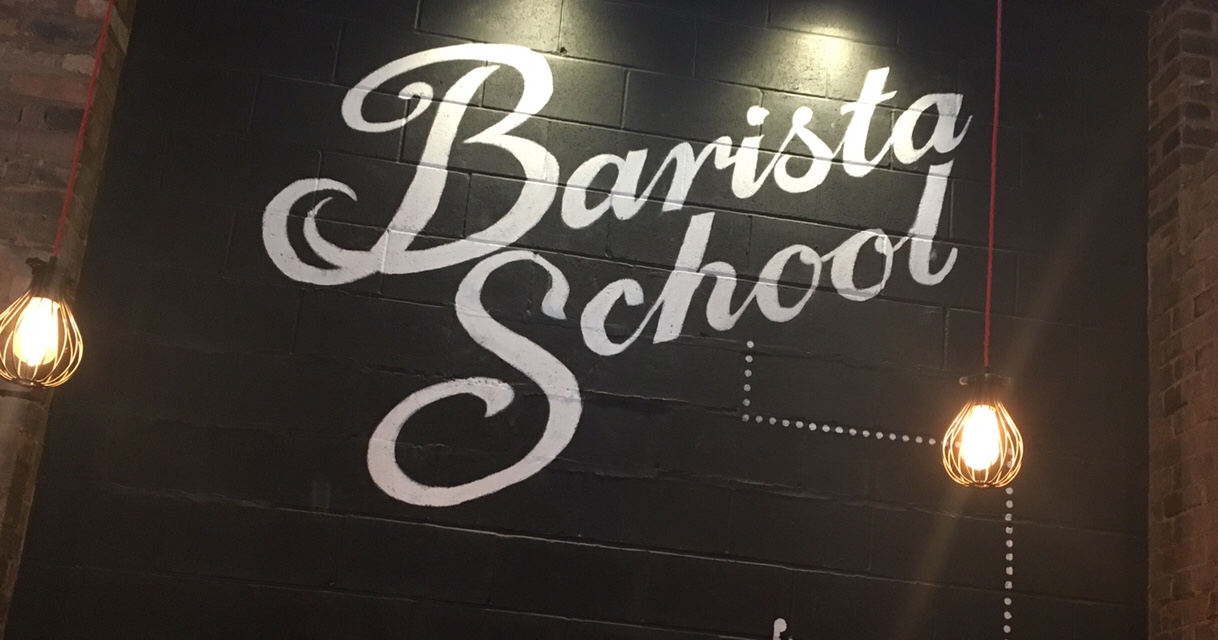 Before getting settled downstairs I couldn’t resist trying the Peanut Butter Latte George had told me about. A sweeter version than the similar one I’d had at Seven Sins Lounge recently, it was deliciously decadent, and a great addition to our catch up. There’s also some nice breakfast items available next to the cakes; a ham and cheddar croissant was a flaky dream and kept the wolf from the door. 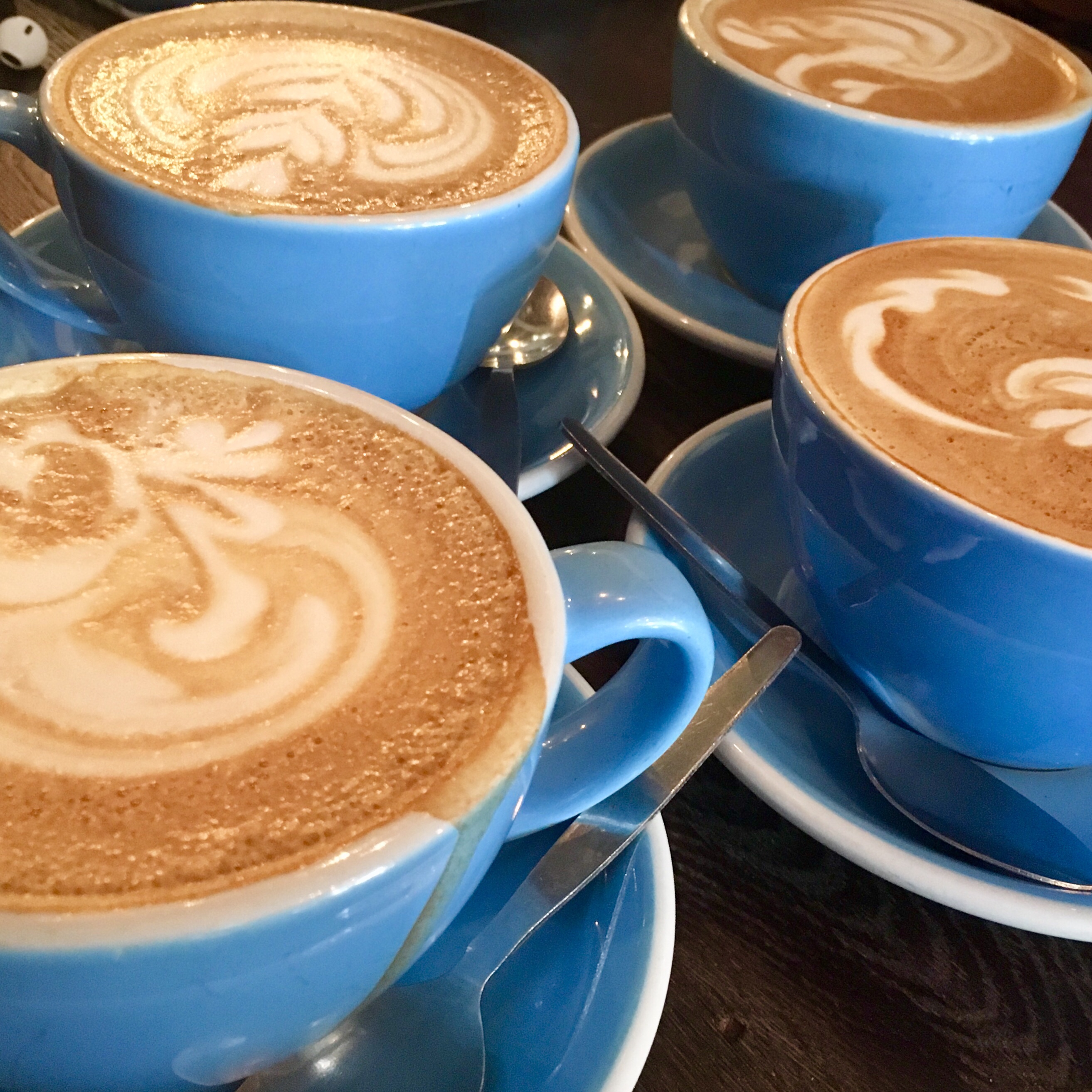 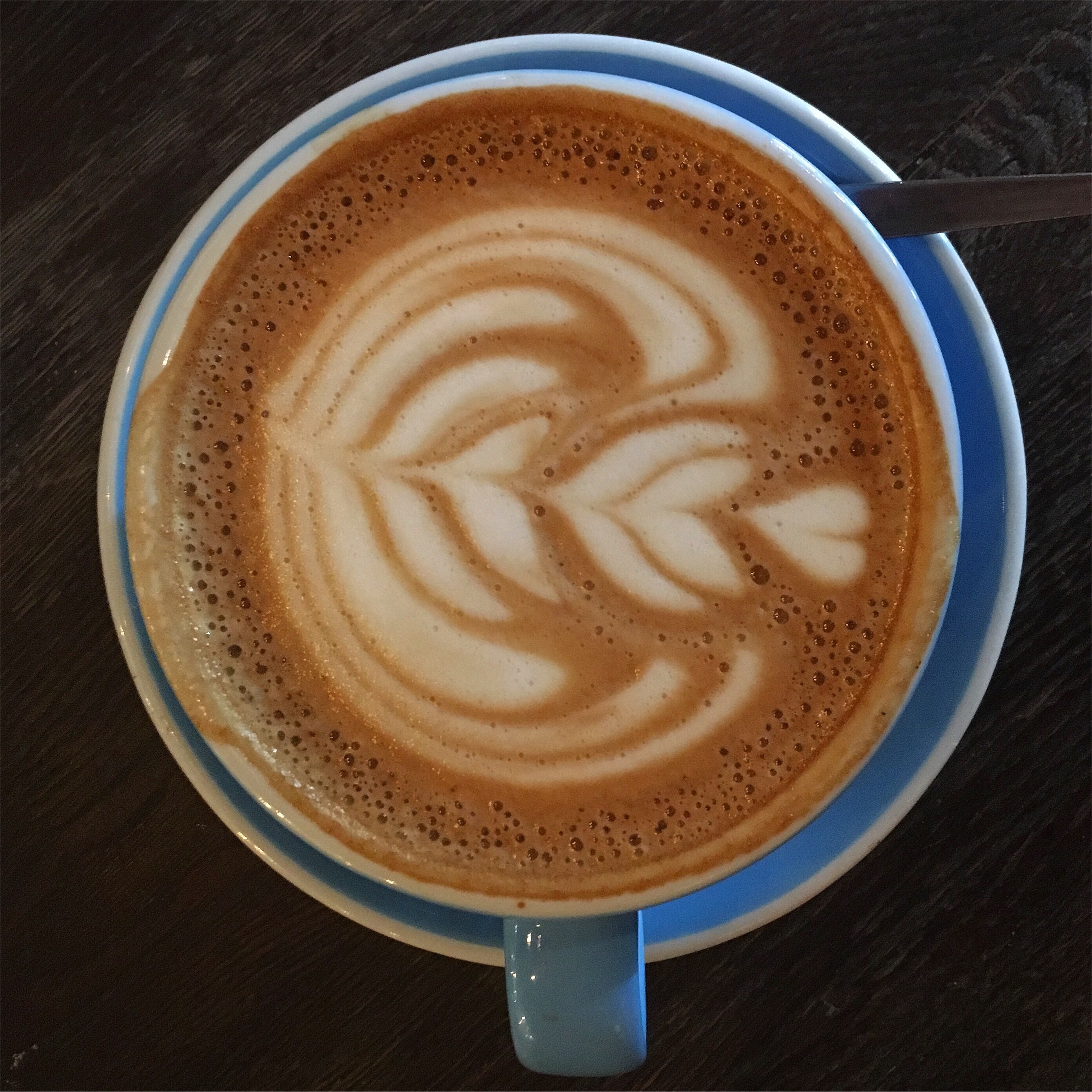 Heading down to the basement classroom, a friendly chap called Alex explained the different classes available (this one was the Barista Basics) and what we’d be doing in today’s session. As the brand ambassador for 200 Degrees, and a long time coffee maker and lover, this bloke knows his stuff. 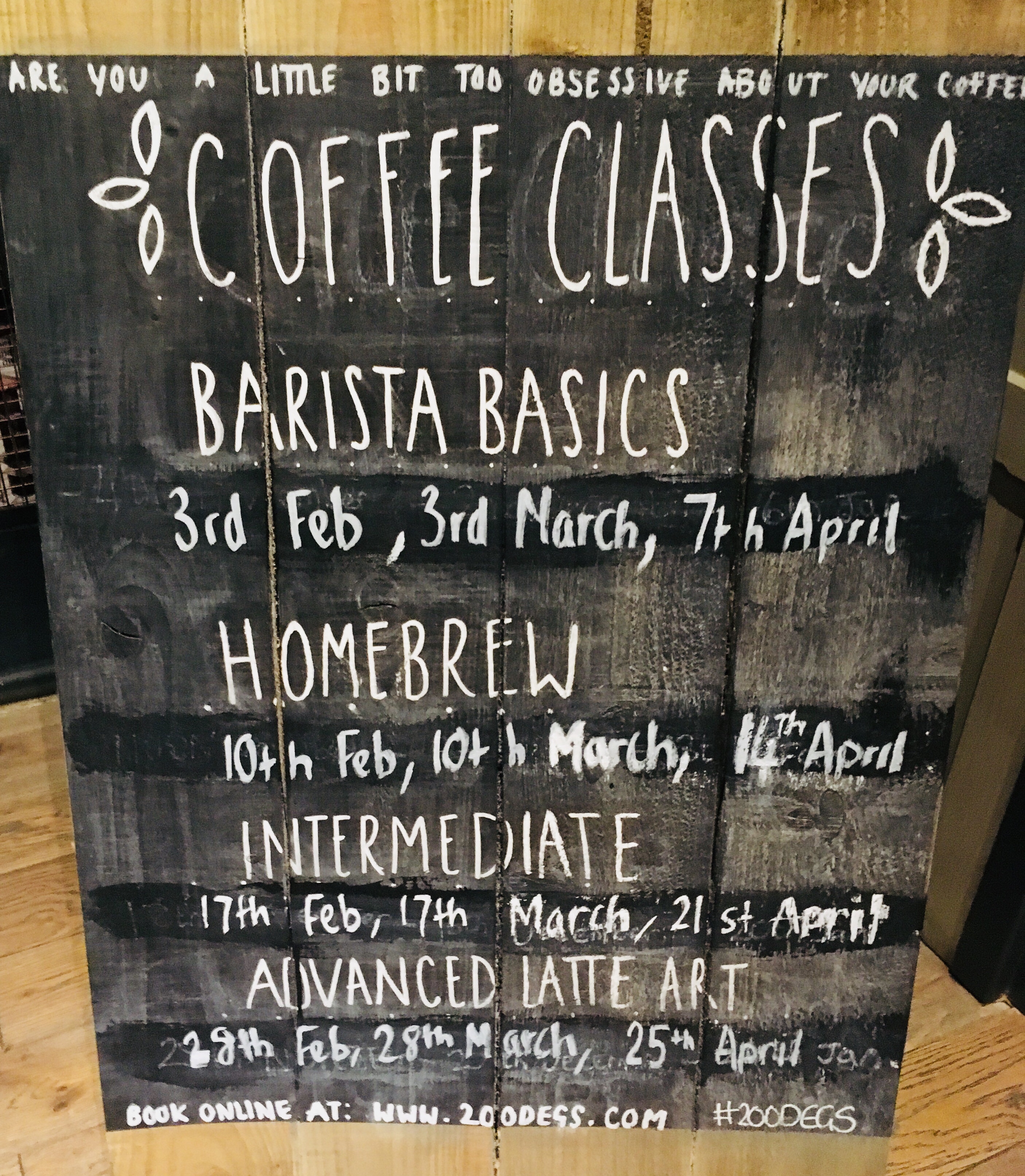 Before we’re allowed to be let loose on the machines we played around with scents, using a ‘smell wheel’ to determine the notes often detected in coffee. I admit this wasn’t my strong point, I guessed none of them right, but it was helpful and a good ice breaker. 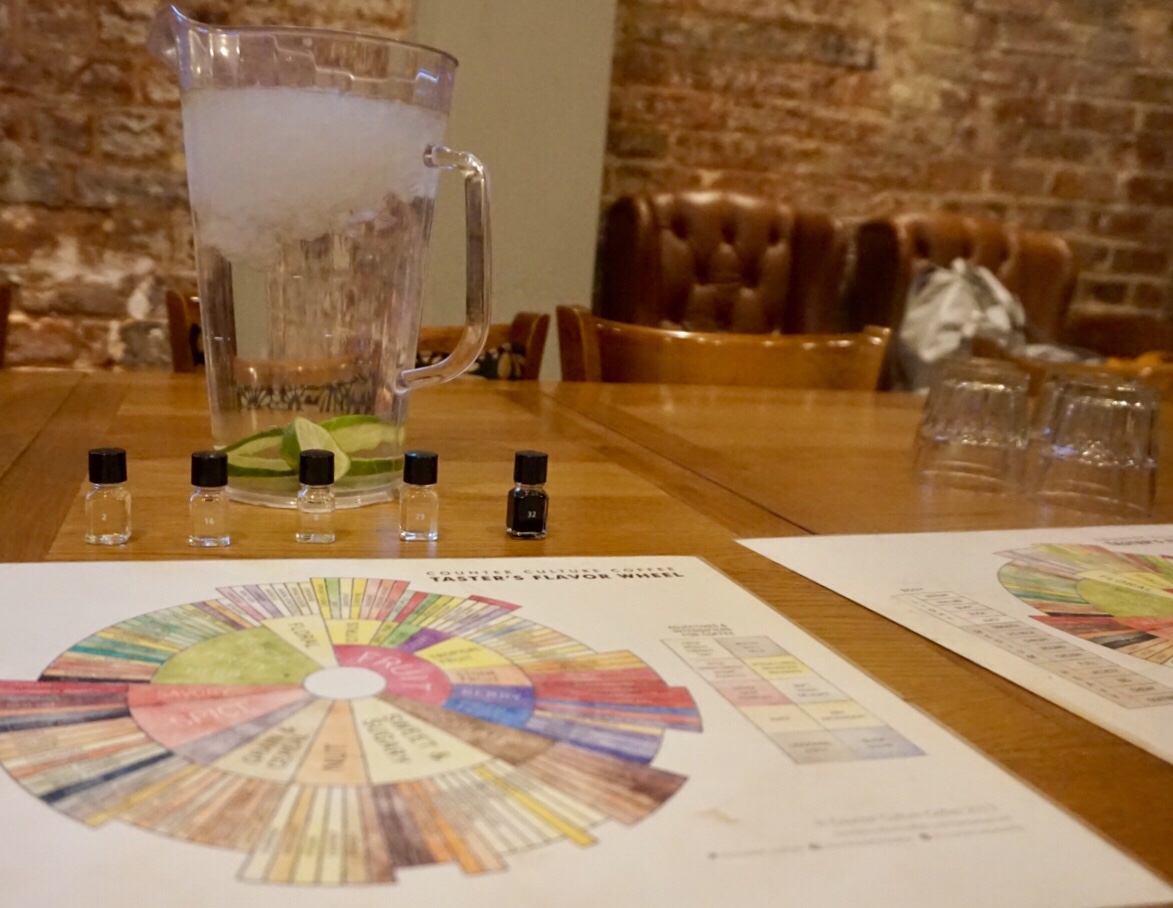 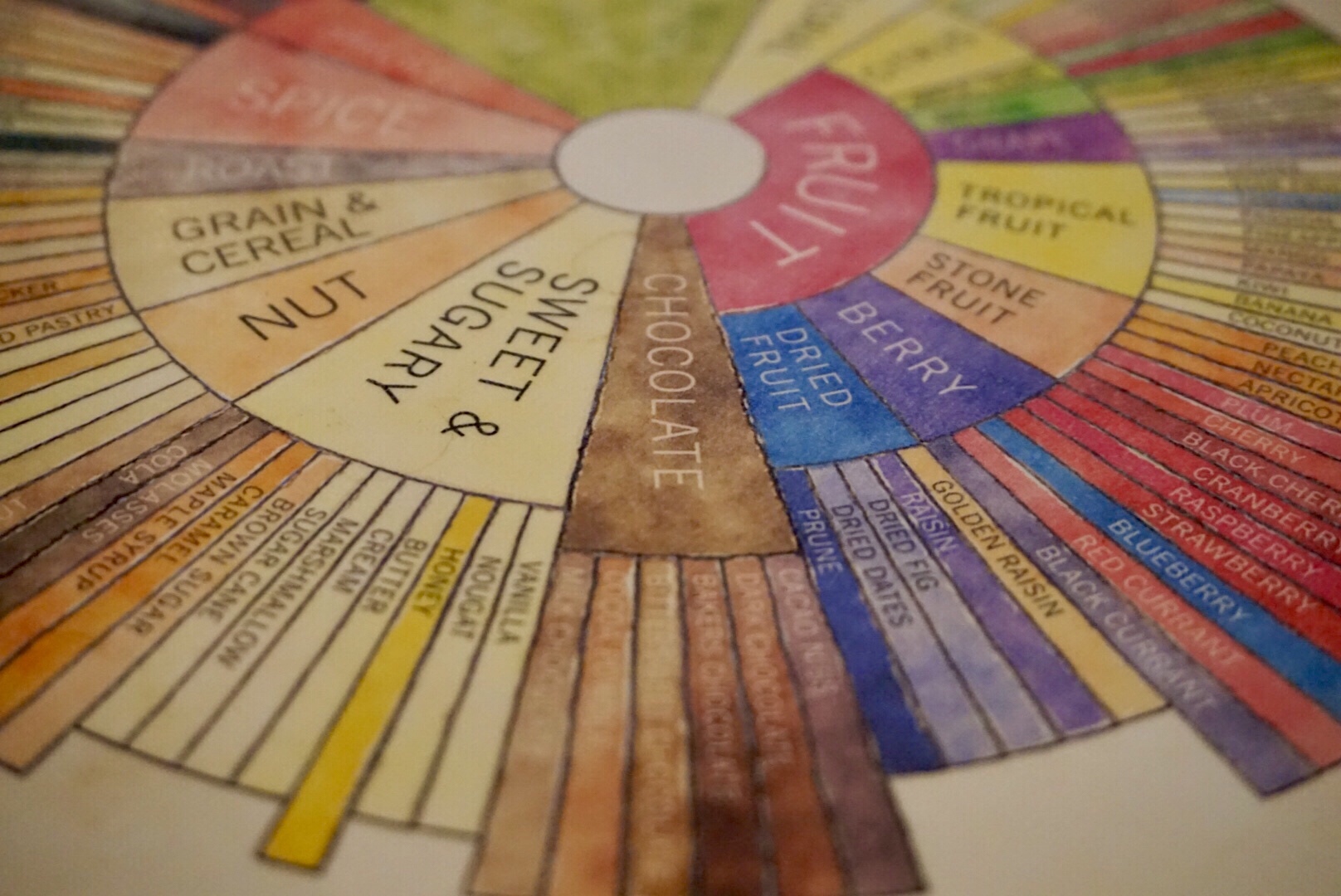 We then moved on to the history of coffee, and Alex gave us a whistle stop tour of what it is, where it comes from, and the roasting process. He helpfully split all the types of coffee up and carefully explained the subtle differences between the drinks we know and love. It was great to hear about the ethos behind the 200 Degrees brand and where their product comes from too. 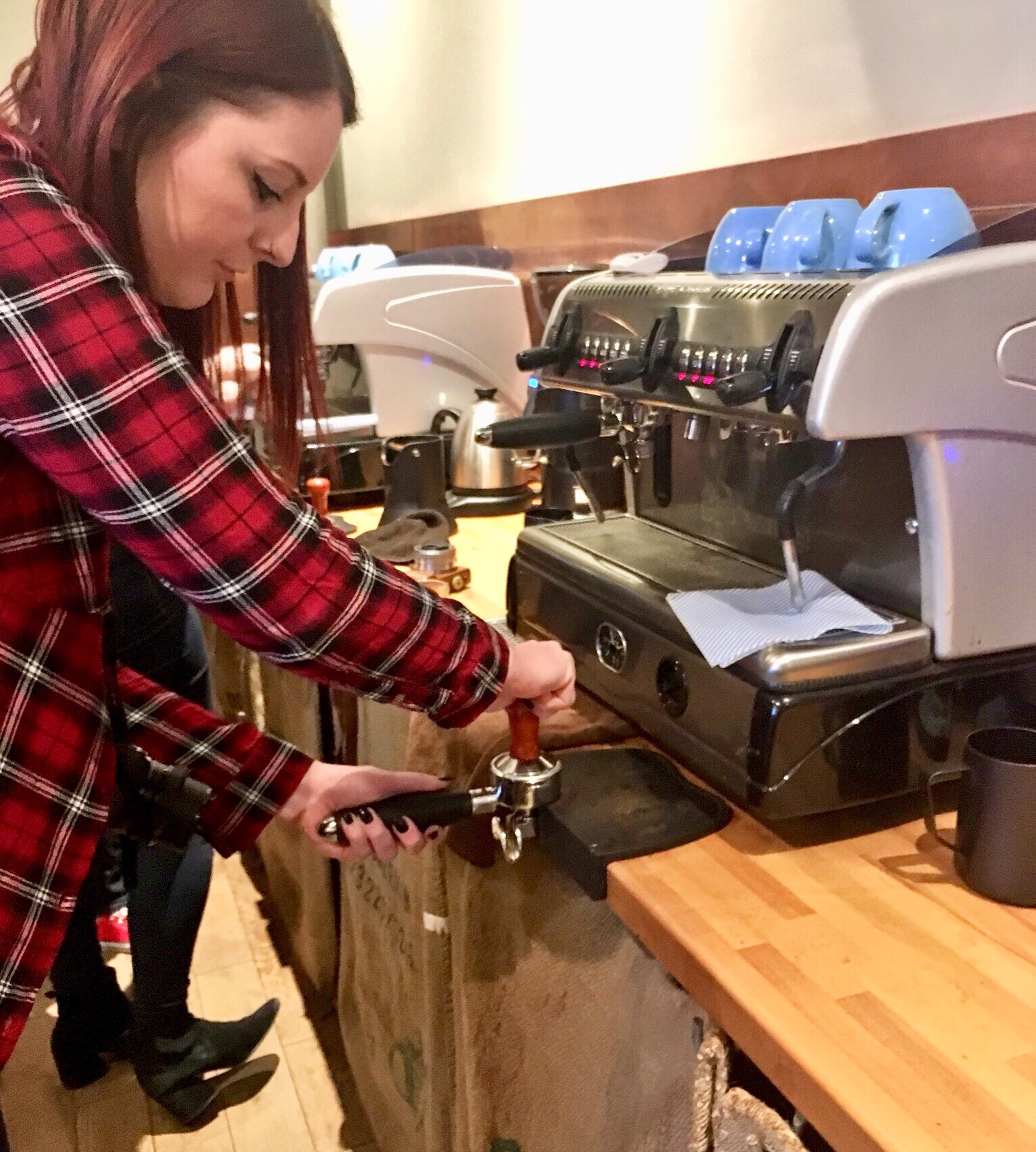 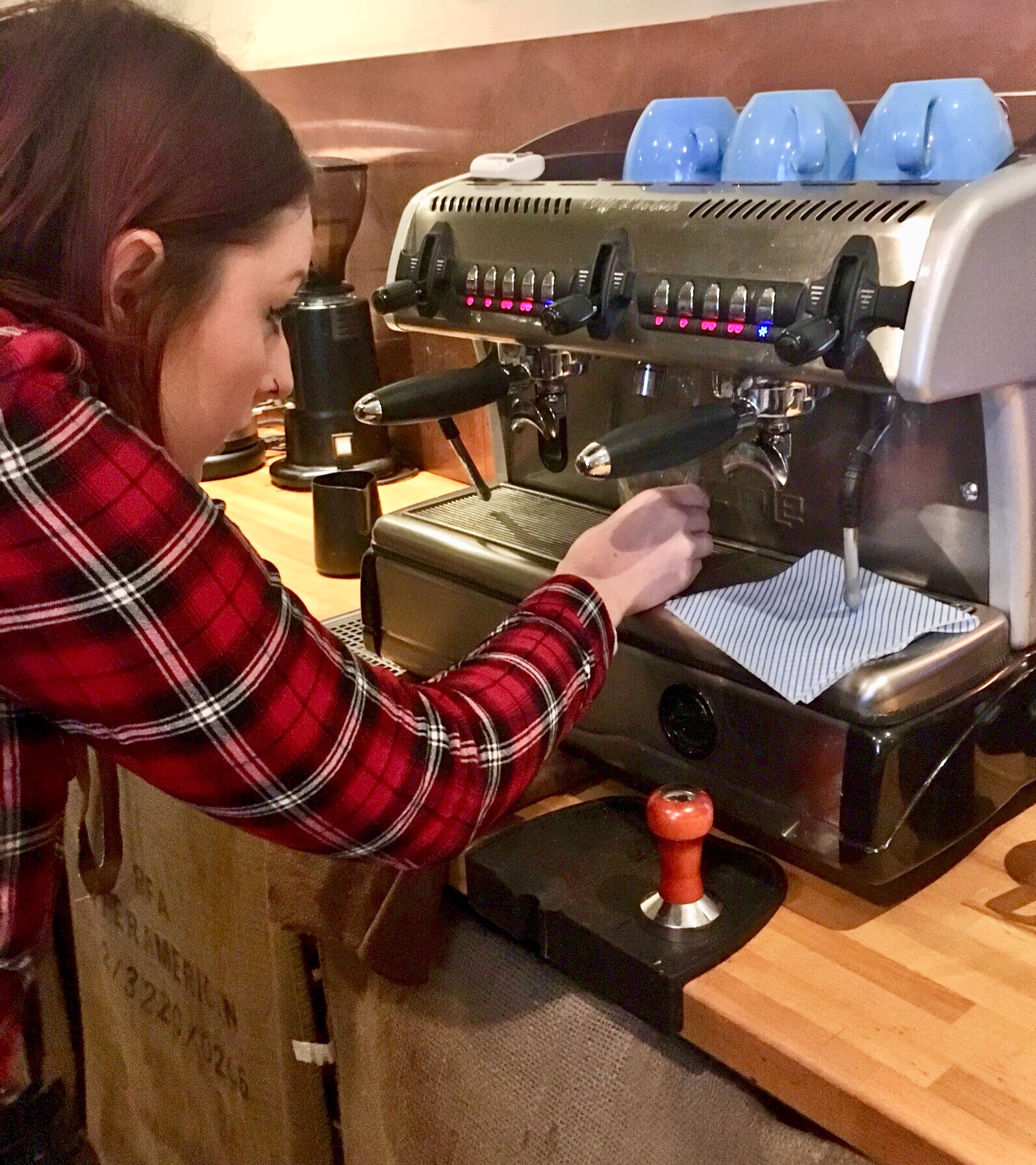 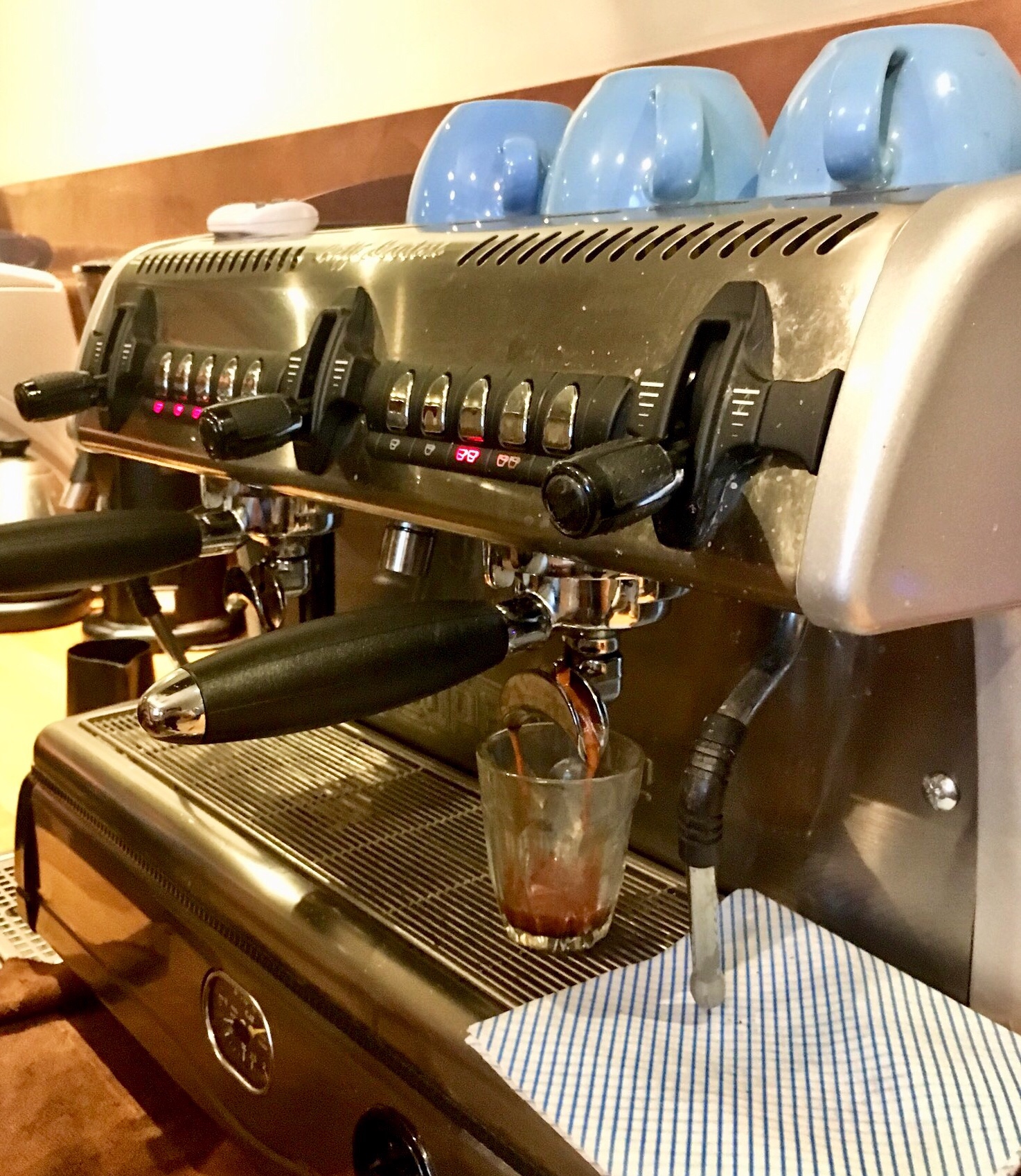 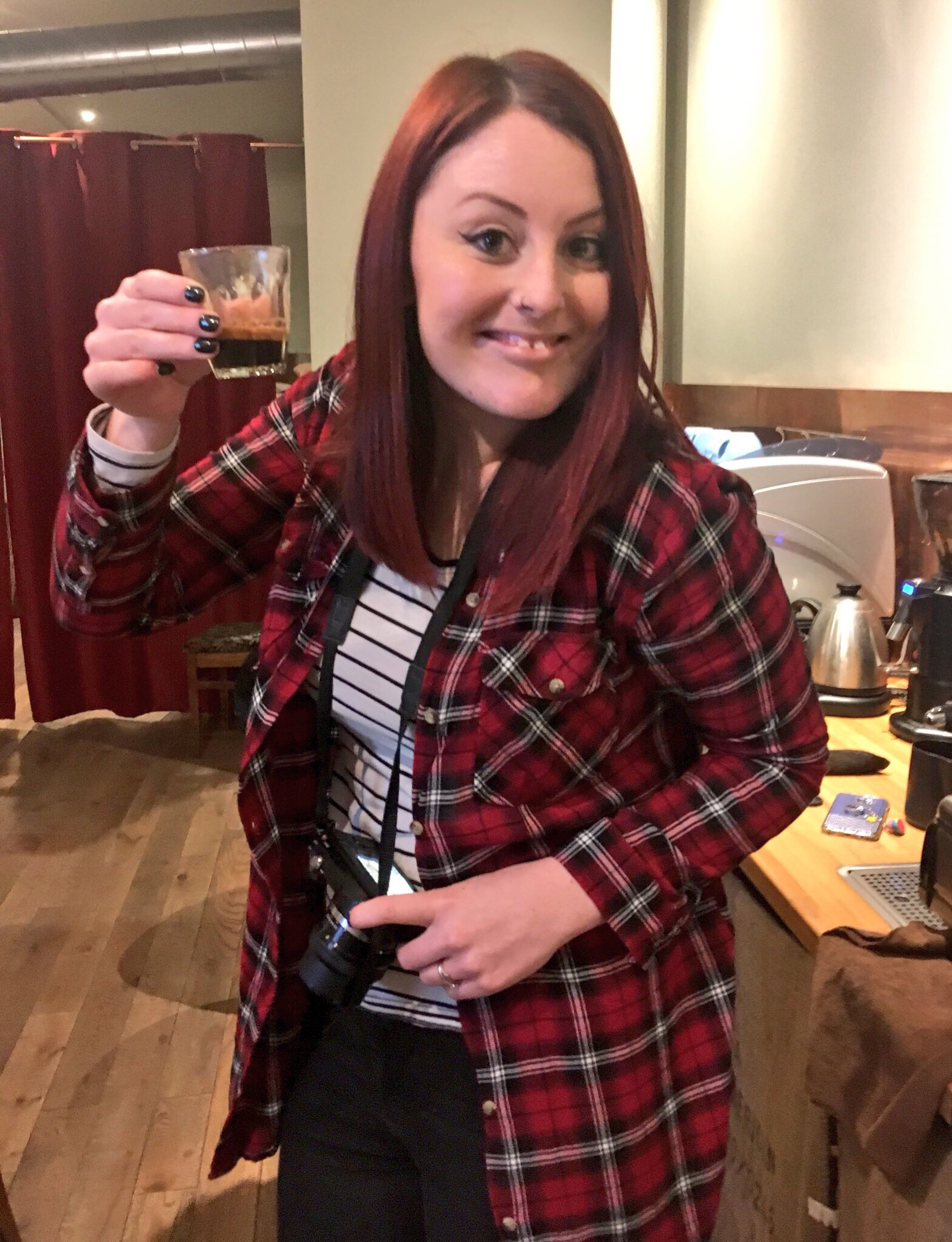 Finally the time for some hands on training had arrived, and my true destiny as the world’s worst latte maker was fulfilled. First up though we learned how to make a basic espresso, which involved me spilling a whole coffee’s worth of ground beans all over the counter. Mega – great start. Once I’d got the hang of handling the machine and equipment I became a pretty nifty espresso maker. Just call me George Clooney. 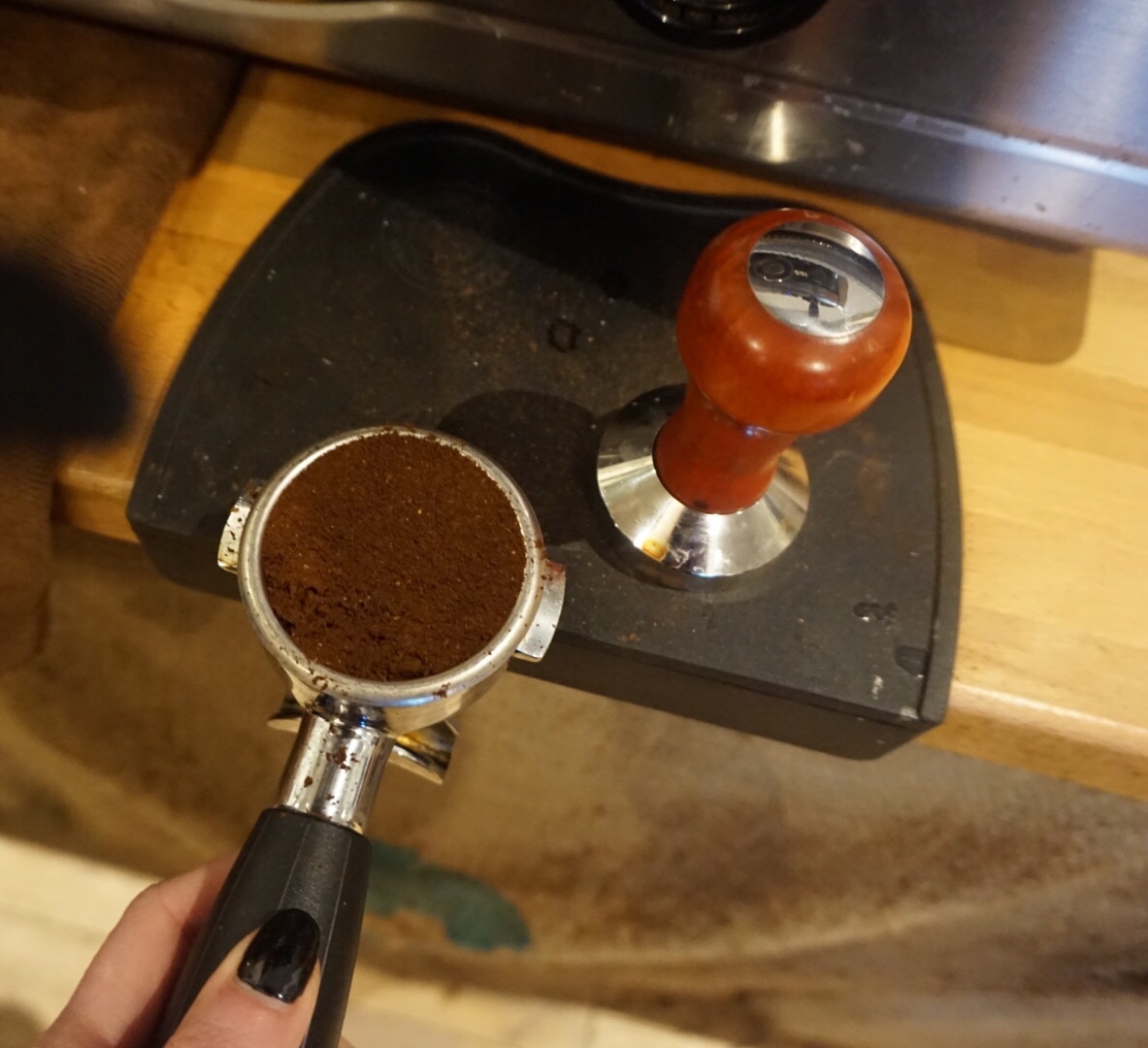 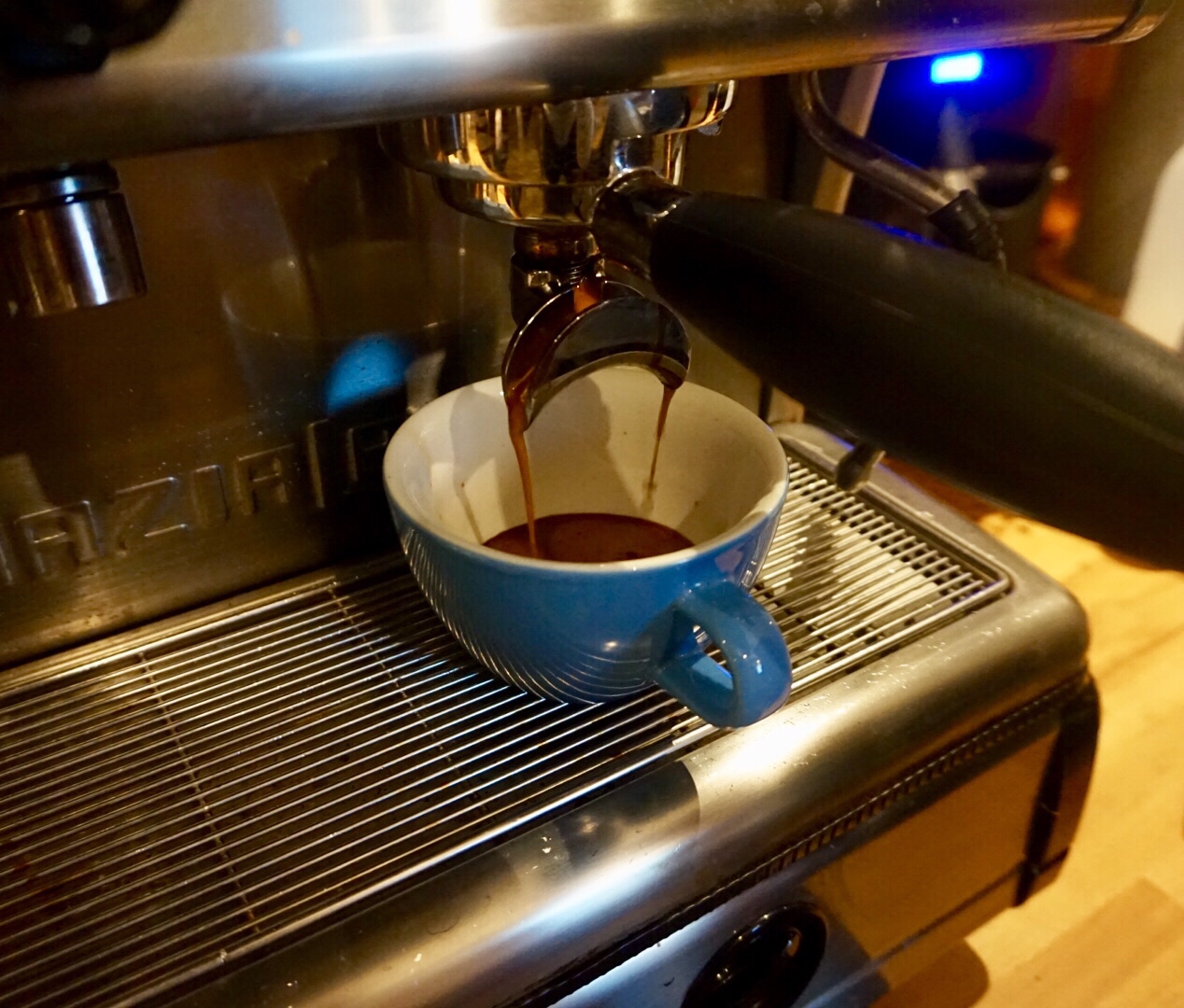 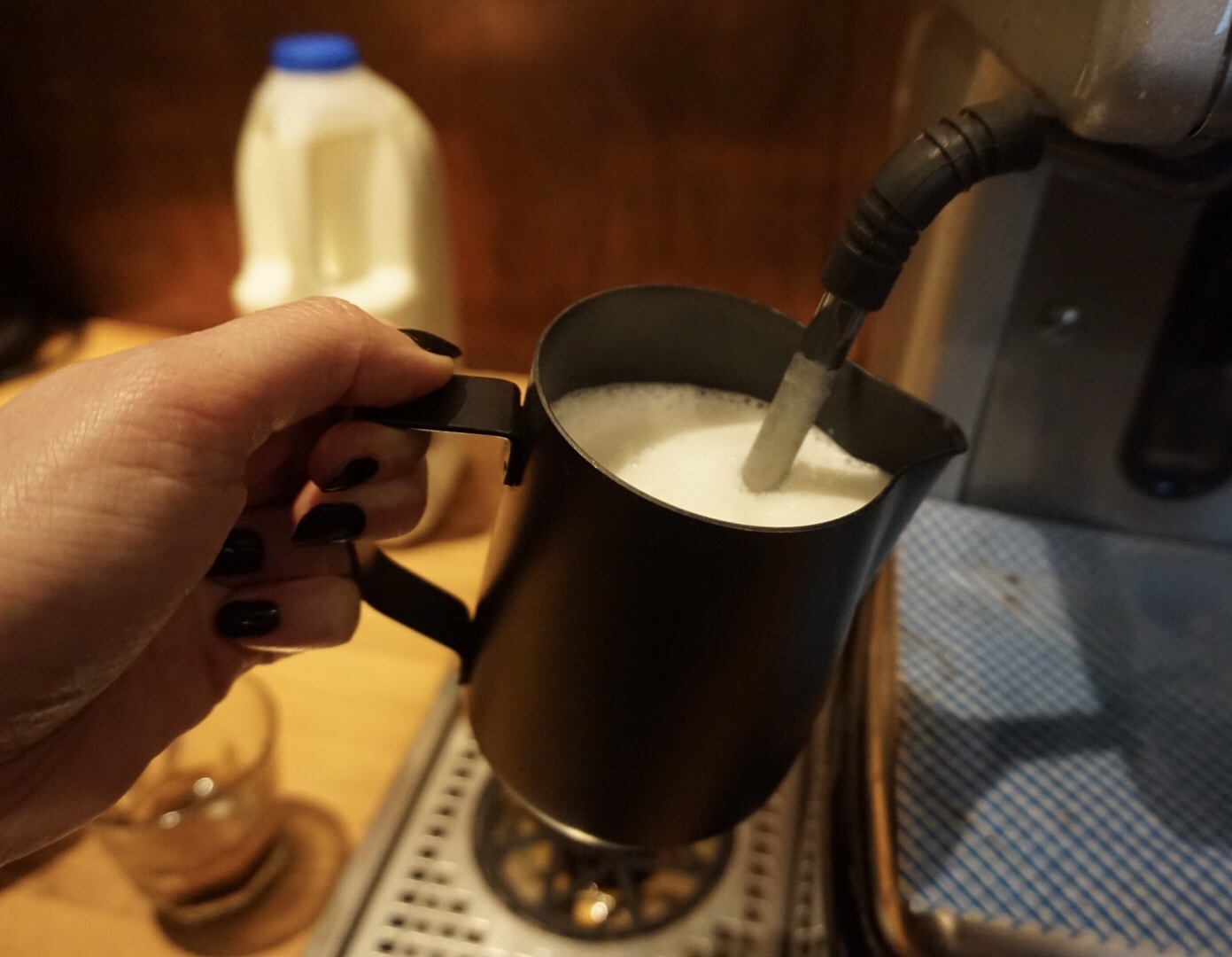 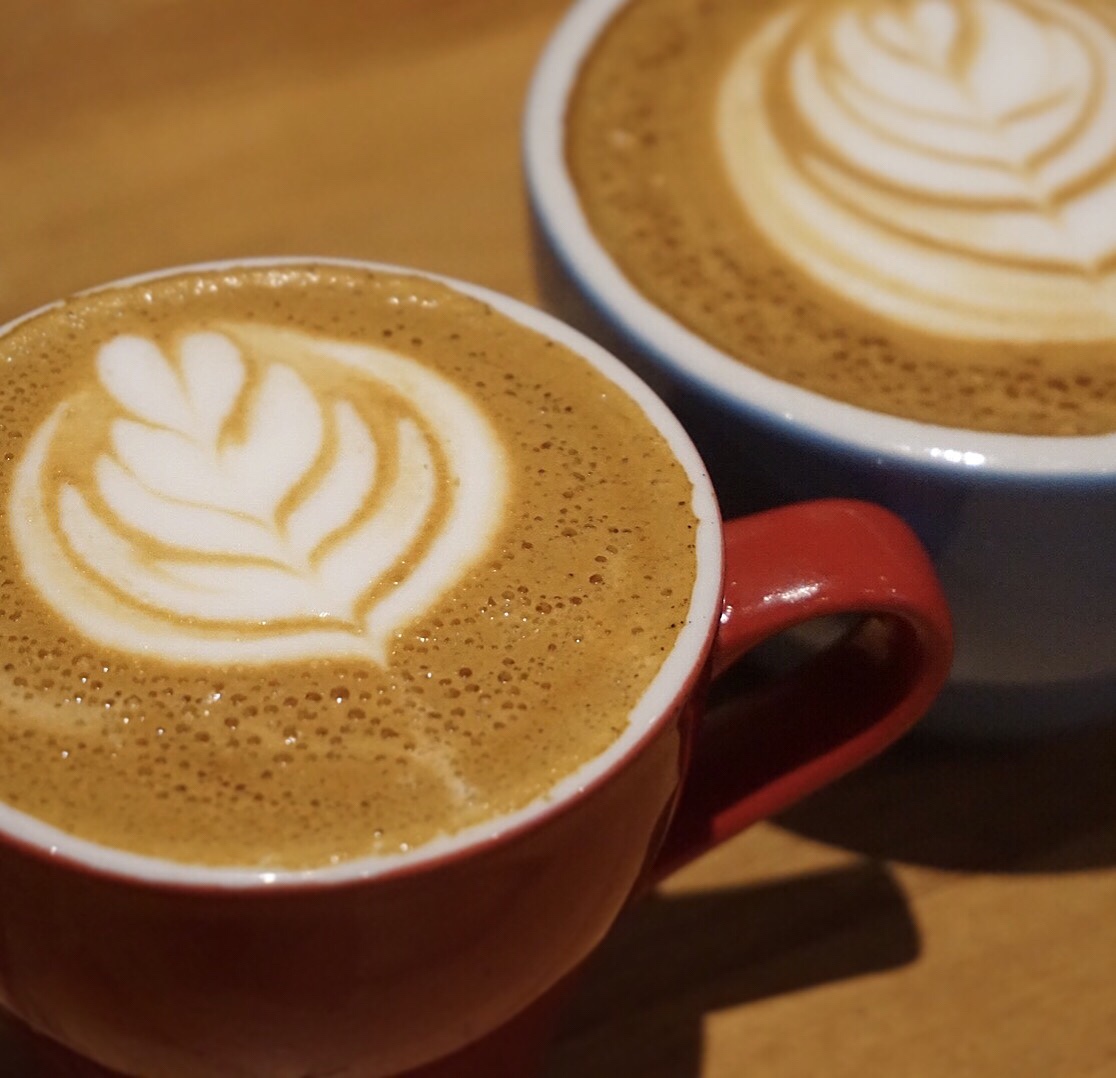 Pumped up on espresso shots and a false sense of confidence, I moved on to lattes and cappuccinos. Learning how to froth and steam the milk without burning your fingers, so it turns out, is a skill. And not one I seem to possess naturally.

My first attempt was laughable (it was basically a crap milky coffee) although my second cup looked much less pathetic. By the time I made my third I was so caffeinated I was hysterical over foam, so thankfully Alex just made me a pretty one so I could take a photo and claim responsibility. I’m a fraud, forgive me. 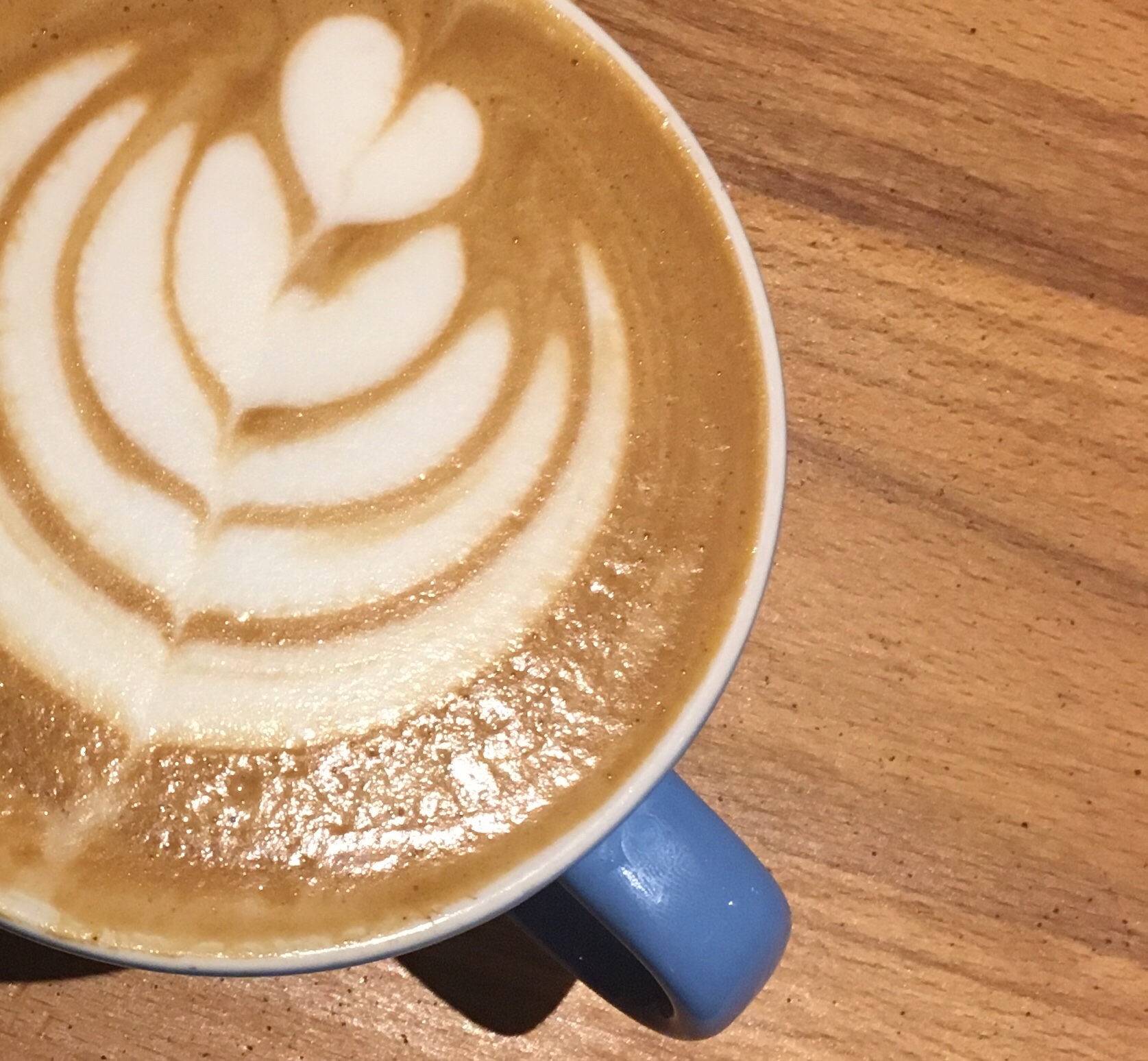 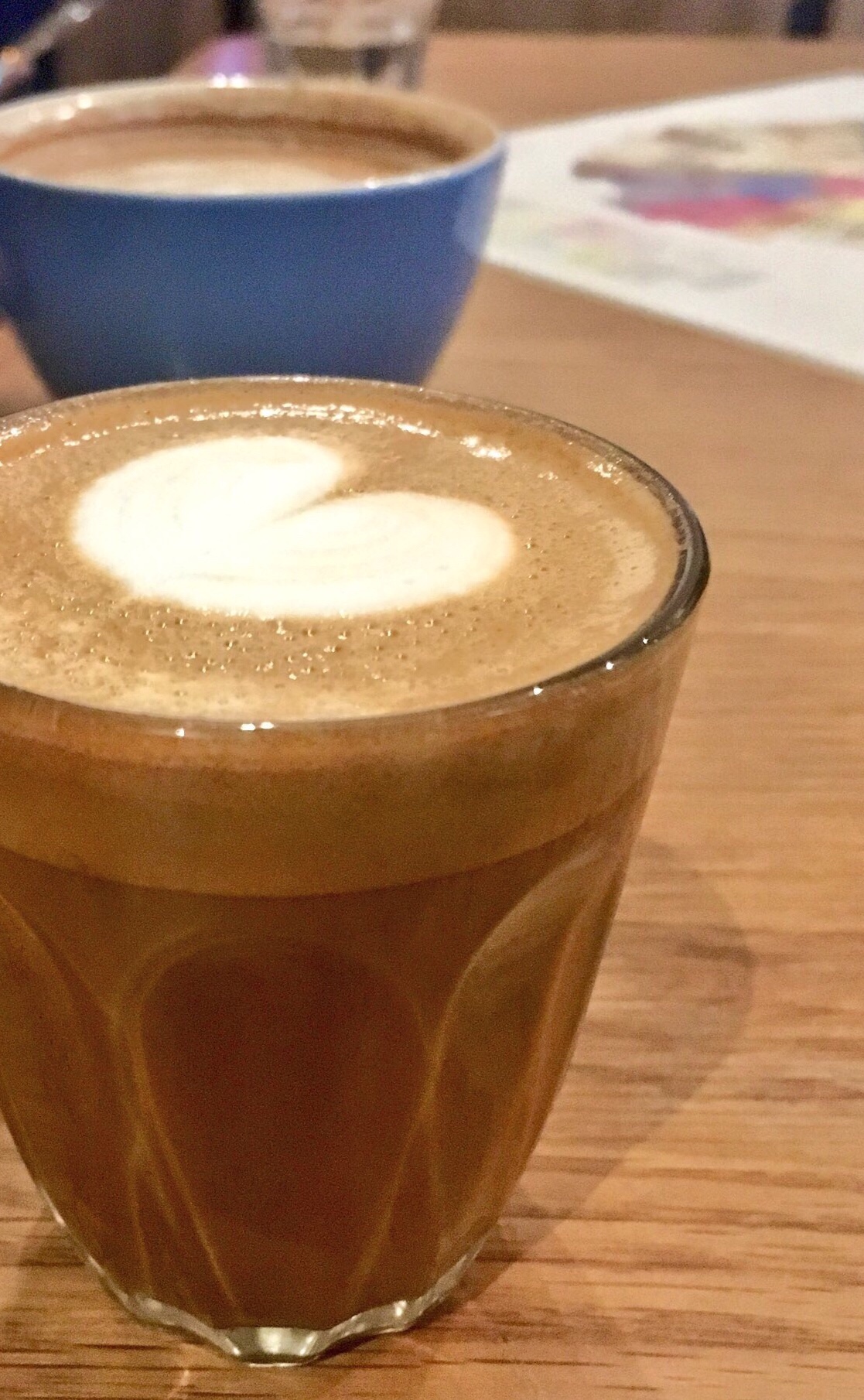 Before leaving we enjoyed a light lunch – a perk for everyone signing up to the class – and discussed all we’d learned. I’m no coffee expert, but I know a hell of lot more now than I did before the class, and Alex was incredibly knowledgable, friendly and patient with us all. 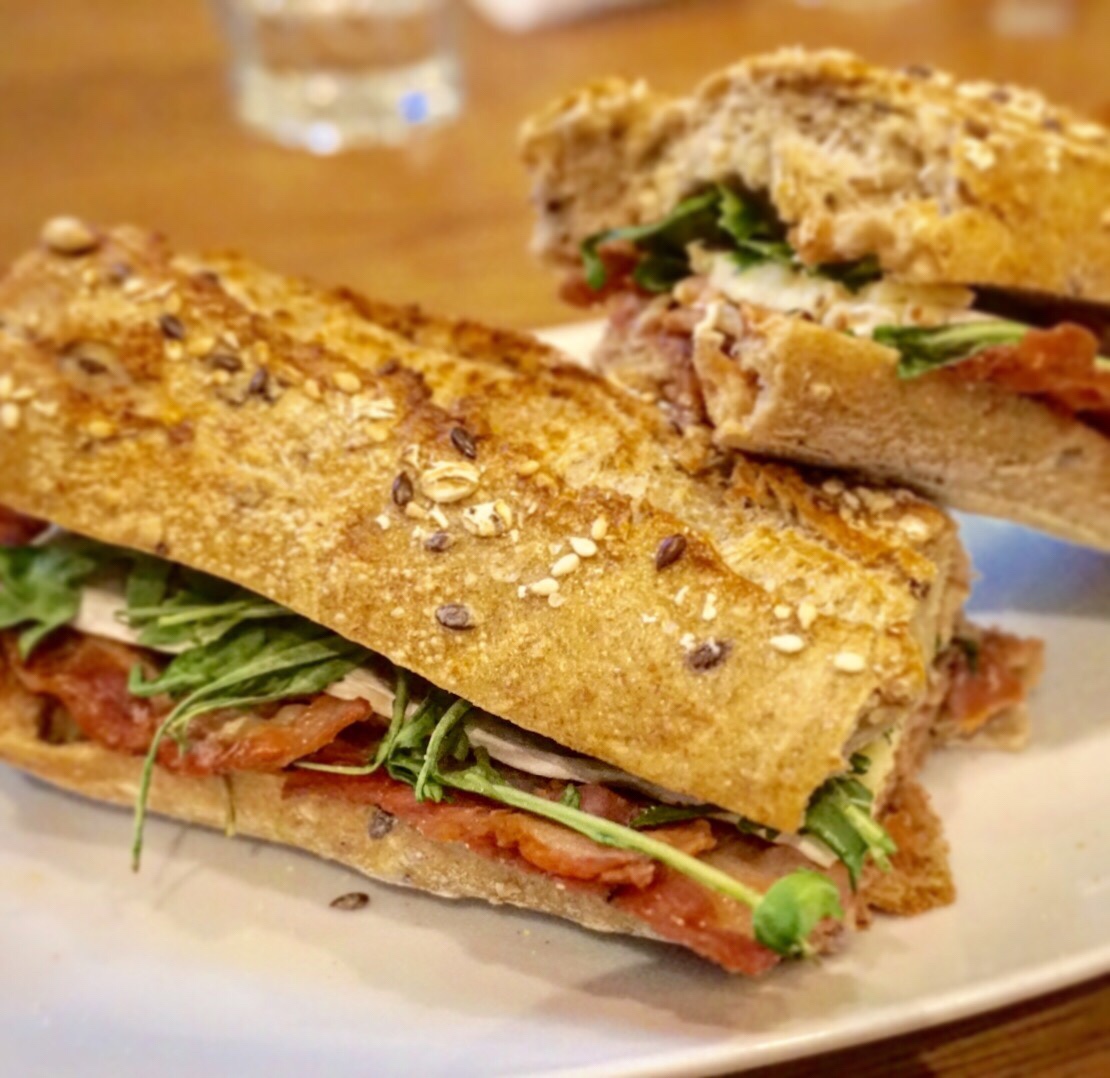 The three hours flew by, and despite some serious caffeine-based tweaking I learned a lot, and had actually started to make good progress by the end of the class. It made me want to go and buy a ridiculously over priced machine from Selfridges so I could practice more at home. 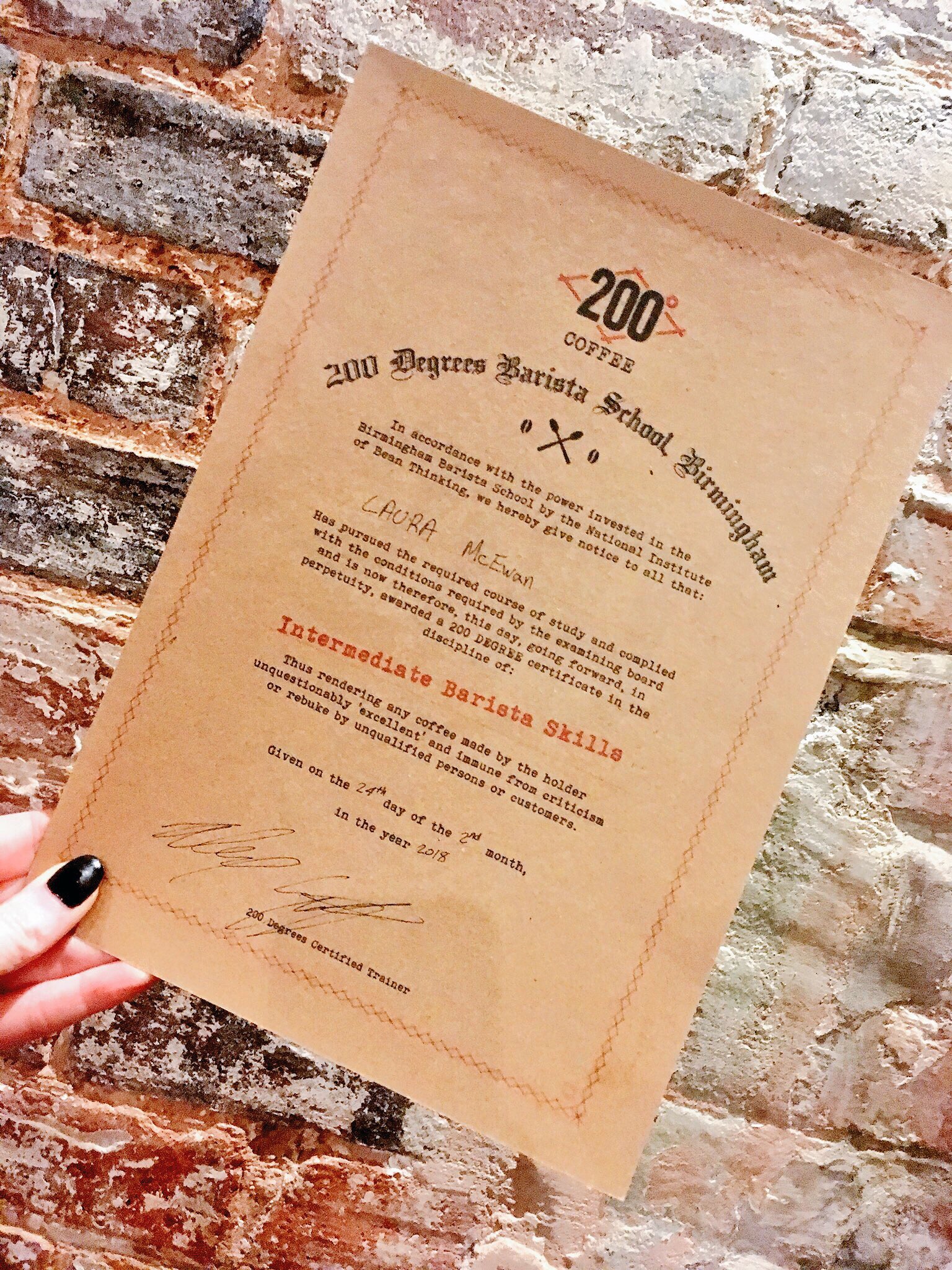 And look, I even got this sassy certificate which made my inner competitive arsehole happy. You can book a class via the website, and various levels/difficulties are available. I’d highly recommend the beginners basic class if you’re totally inexperienced making ‘proper’ coffee, and leave the latte art class for the big boys. 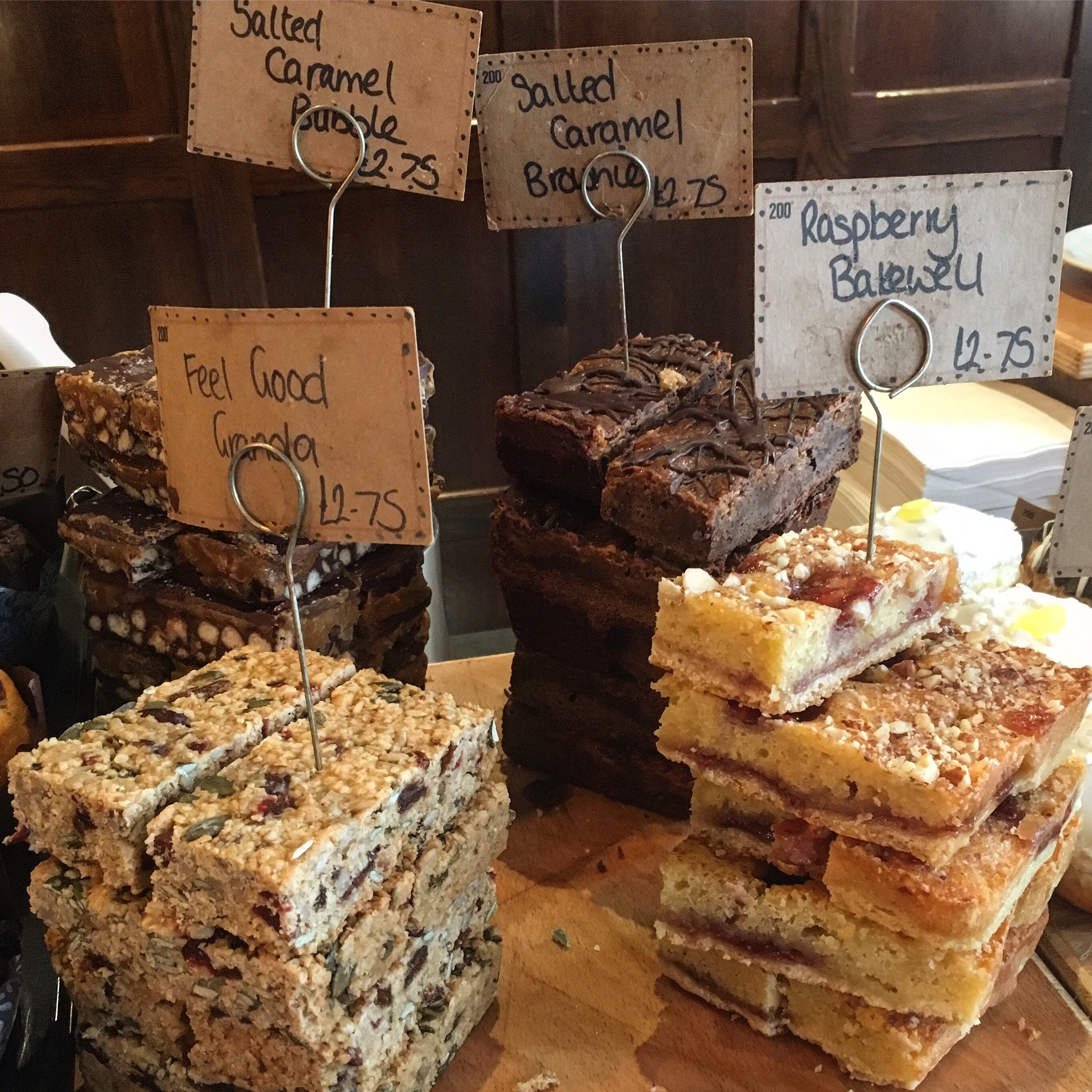 …..I’d also recommend a slice of this Bakewell which I’ve had twice since this class. Oops.

Would you try the barista class? Let me know in the comments.

Went out for a new kettle. Got these. Think we all know this was an excellent move..

Behold my brunch bap. Welcome back @waylandsyard - you have been missed ♥️