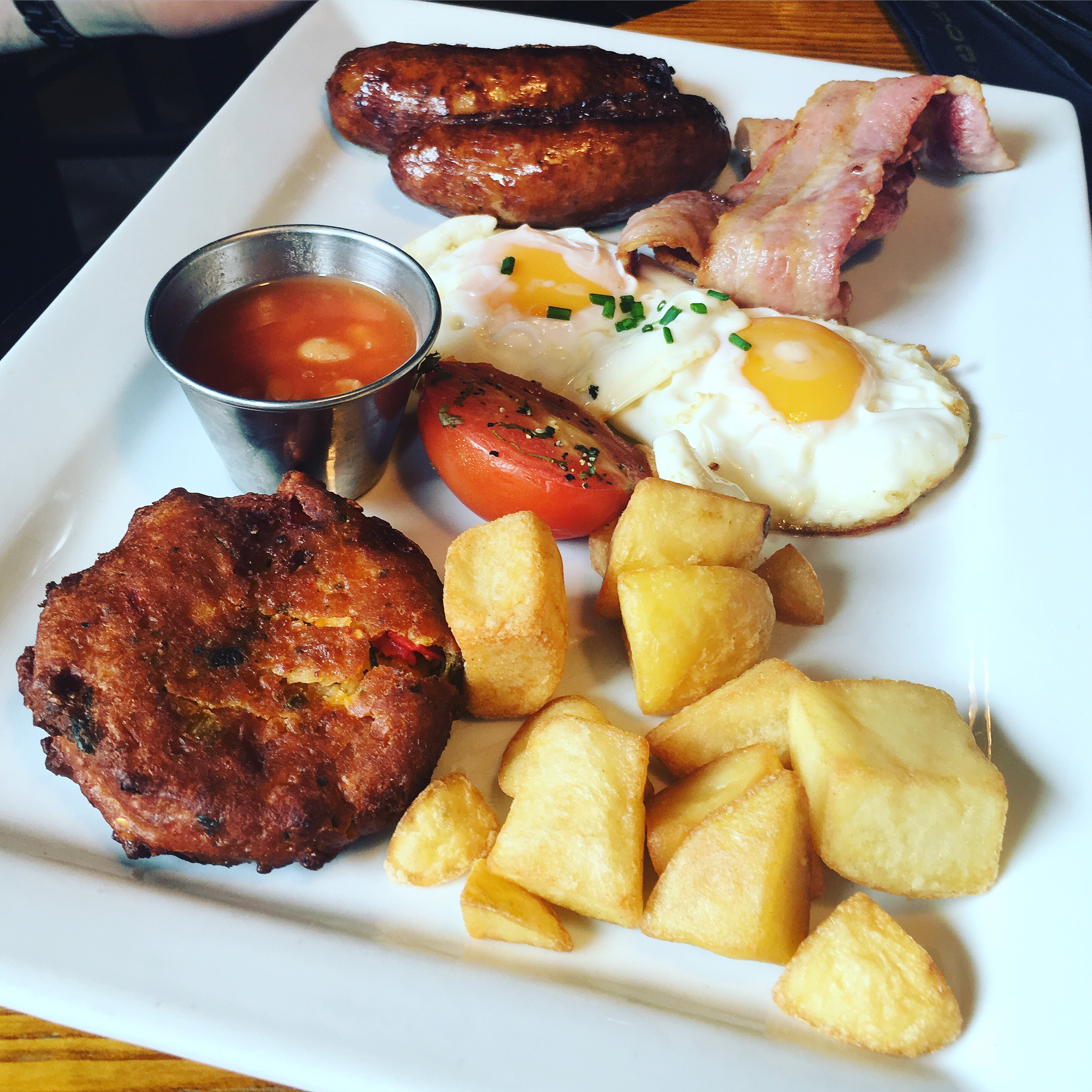 Do you rate Coast To Coast?

Have you tried Coast To Coast for breakfast?

Give me a B.. give me an R.. give me an E.. okay, okay I can guess you see where this is going. BREAKFAST! As anyone who is read my blog before will know, I am quite the breakfast fiend and I’m always on the lookout for a nice spot to grab a bite to eat first thing in the morning that doesn’t break the bank.

Having had a couple of very busy weekends, and with several more mental ones coming up, Ian and I decided to spend this weekend doing very little. However, being that we have unlimited access to the cinema (Cineworld cards are amazing, £17.50pm – bargain!) we decided to get out of the house on Saturday and venture down Broad Street for our double feature day out.

Being that our first film was due to start at 10am, and we had errands to run in town first, we decided to head for breakfast en route to the cinema, choosing Coast To Coast. Having been there once before a while back, we chose this restaurant partly due to its proximity to the cinema (it’s a five minute walk at most) and also because they do a two for £10 offer which covers the entire breakfast menu.

We arrived at the restaurant just before 9:30am on Saturday, and were given our choice of table in the raised area next to the windows looking out onto the street. After being handed our menus we ordered some drinks and perused what was available as part of the breakfast deal. As well as the usual hearty breakfasts you would expect, there were other options including smoked salmon and scrambled eggs, and pancake stacks or sugar-laden waffles.

I decided I would opt for a lighter option, but one that I knew would keep me full for a long time, as the cinema times meant I might not eat again for hours – and that makes me nervous. Being that there was only one real choice on the menu that didn’t involve a shed load of carbs, an omelette, I picked the bacon, cheese and mushroom option. Usually £5.65, the omelette is made with four eggs and I knew this bad boy would keep me satisfied for the next few hours. There were various other toppings available including vegetarian options including mushroom and tomato.

When the omelette arrived I was pleased to see it was a decent size and that the additional ingredients were plentiful. The bacon inside was crisp and there was just enough cheese to make it tasty without being super greasy. I would’ve preferred more mushrooms but I completely respect that that’s more a personal taste issue, as when I make this sort of thing for myself at home I include bucket loads of mushrooms.

My partner opted for the Coast To Coast Breakfast (£7.75 usually) which includes streaky bacon, fried eggs, sausages and breakfast potatoes. He chose to add mushrooms for an extra £1.75 and was happy with the size of the meal, and the all important runny yolks.

Our server was polite and friendly and insured we got our food quickly after we informed her from the start that we were due to be somewhere else within the hour. A small observation I’d make is that the  place is lacking a little bit of atmosphere first thing in the morning, without the chatter of guests to pierce the silence (we were one of just two dining parties) but I can imagine come lunchtime or evening it’s more of a fun atmosphere. Plus point: it might’ve been quiet but the music playing was great, if you like 90s indi rock. Which I do.

Coast To Coast isn’t going to win awards for originality and doesn’t offer the same ‘independent cafe’ experience or food that one may find in other breakfast places across the city centre, but the grub is perfectly fine – albeit a bit predictable. Being that you can get two plates for just £10 it’s easy to see why it’s a fairly popular place at the weekend for folk seeking out comfort food, although I think for me it may just be a place I visit as and when I need a quick bite to eat before or after a trip to the cinema.

On that note, don’t forget that if you are a Cineworld card holder you can also get 25% off main meals at night in this restaurant, as well as others.

OH. MY. GOD. My favourite album of all time - the idea of hearing Head Over Feet and Right Through You live actually makes my heart hurt.

Preview of me and @ElliotDunn_Xos tonight: