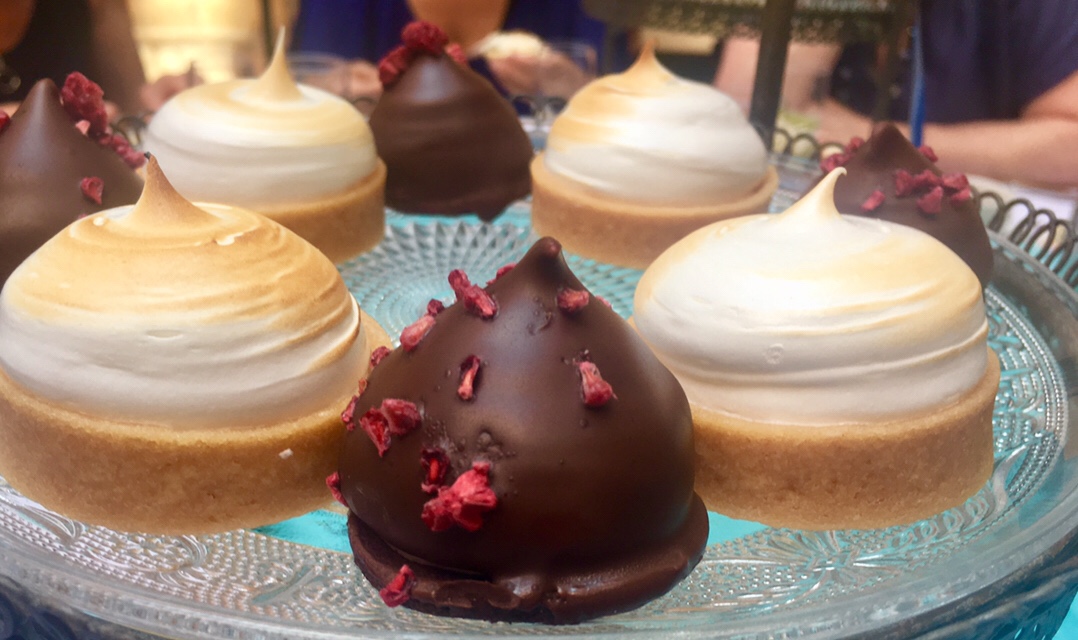 It’s no secret that one of my favourite foodie spots in the city is Hotel du Vin on Church Street.

Way before starting this food blog I used to spend my time enjoying drinks in the bar, and over the last couple of years I have grown fond of the restaurant. While it’s become somewhere my husband and I frequently have dinner, until recently I hadn’t checked out the hotel’s afternoon tea offering. Earlier this month I changed that by hosting a baby shower for one of my very good friends, Lauren. She’s the mega babe with the bump attached to her in the photos below. What better way to celebrate the imminent arrival of a baby than with cake and fizz. 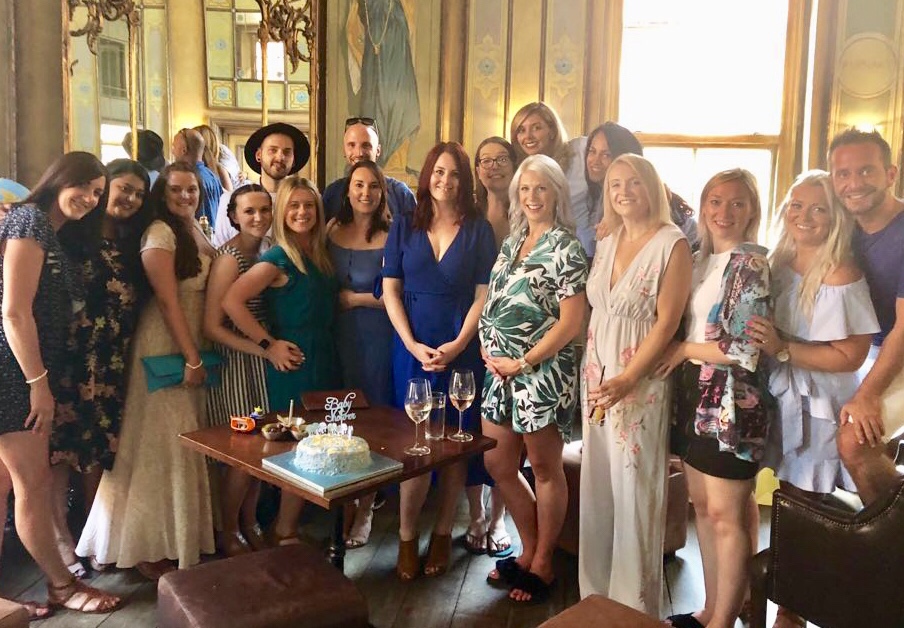 I actually booked this baby shower quite some time ago. Because I knew the afternoon tea would be for twenty or so people I did some research into places that would be willing to accommodate a fairly large group with minimal hassle. Initially, I actually looked at hosting this party at Marco’s champagne bar in The Cube, but for various reasons that idea proved to be somewhat of a disaster. I have no idea why an events team would choose to turn away a large group booking (three months in advance) for seemingly no good reason, but you live and learn. They can live without the hefty wad of cash I had to spend, clearly. 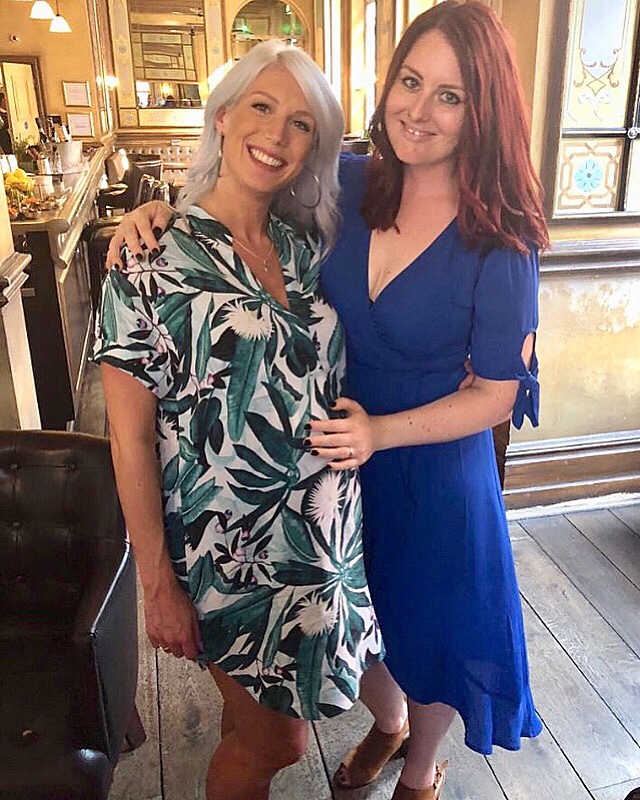 Thankfully, the team at Hotel du Vin were more than happy to accommodate our party and the events manager was super-helpful in pulling it all together. Even after I explained that we had some fairly specific dietary requirements (two vegetarians, two gluten free and one coeliac) they really did their best to ensure each guest was catered for, and for that I was very grateful. Also, on the day of the baby shower itself everything had been taken care of regarding setting up and they had no issue in us tastefully decorating our two tables. A very good start; I love super-organised people and the courtyard was a beautiful setting. 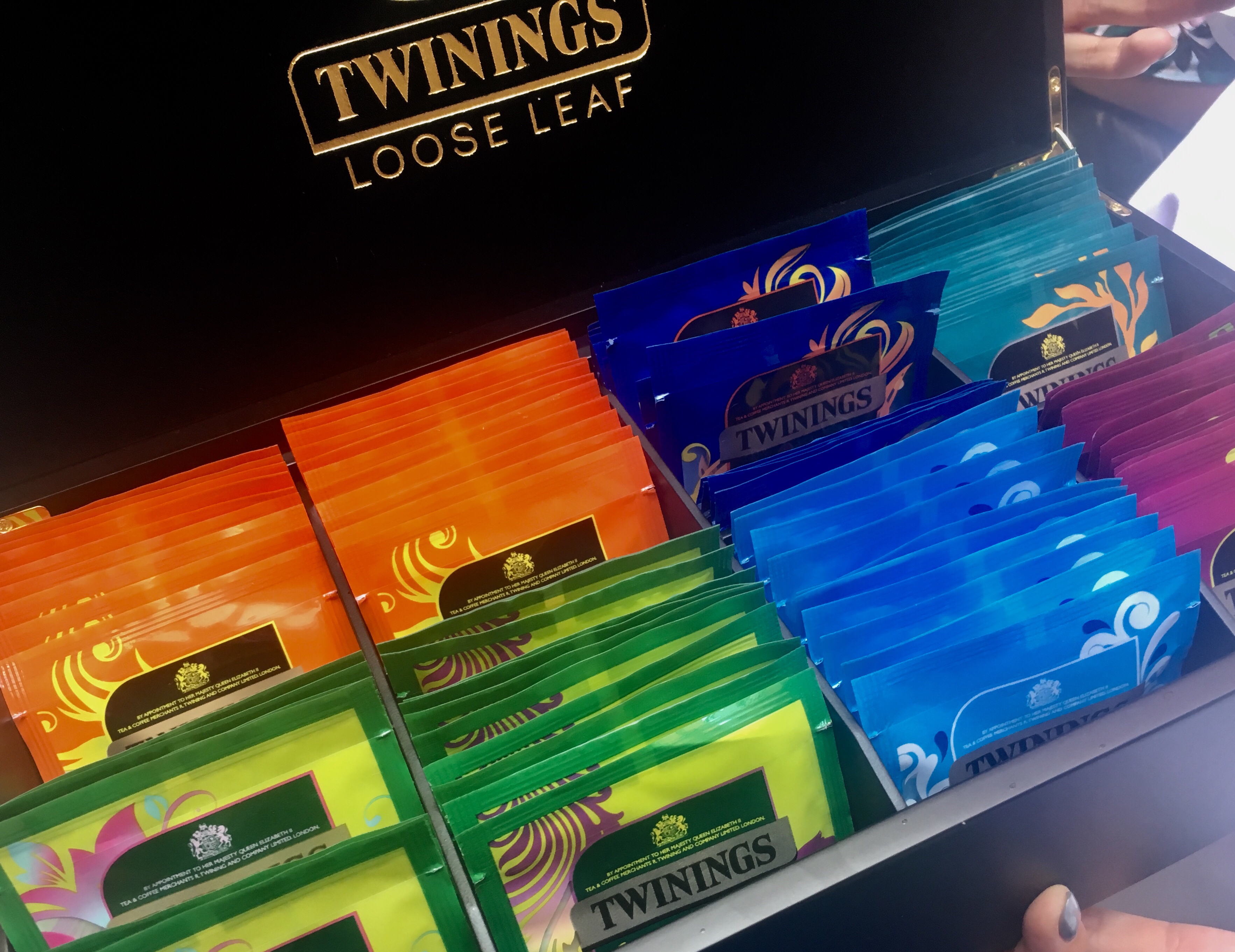 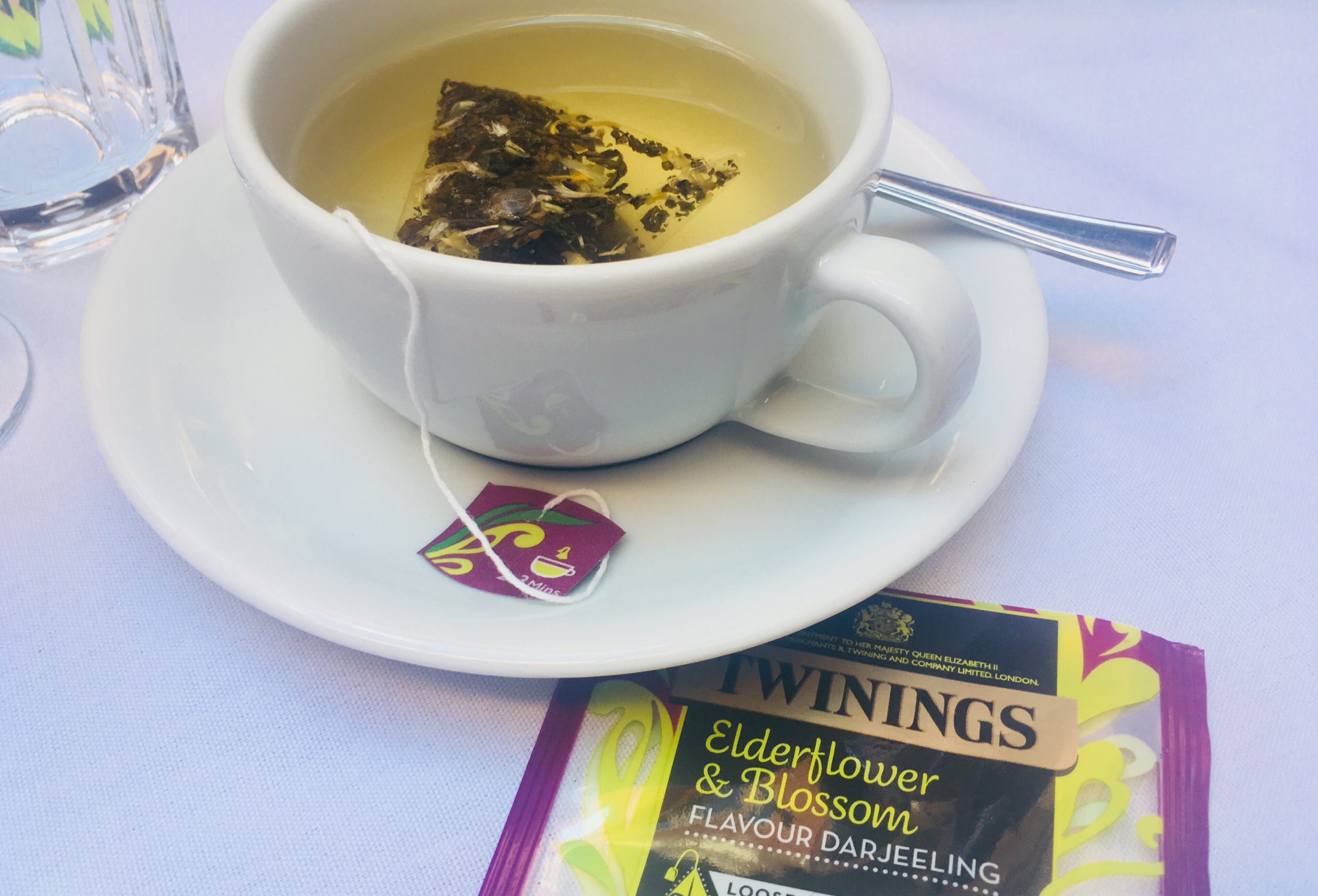 Disclaimer: I’m sorry the following photos aren’t brilliant. I was not on food blogger duty, I was on friend and host duty. My friend having a great afternoon was more important than lighting a mini quiche, so sorry about that.

One of the things we all agreed was lovely about the afternoon tea offering at this hotel was the variety. Rather than a selection of boring sandwiches and lacklustre cakes we were provided with a more interesting selection of savoury and sweet items. On our table we universally agreed that the savoury options outshone the sweet, particularly enjoying the heritage tomato tartlets and the mini quiches. Other popular bites included smoked salmon and cream cheese on rye bread as well as egg mayo brioche rolls and filled pastries. It was a shame that the savoury items came out on boards rather than on stands like the sweet offerings, but overall people enjoyed the savoury bits and pieces. 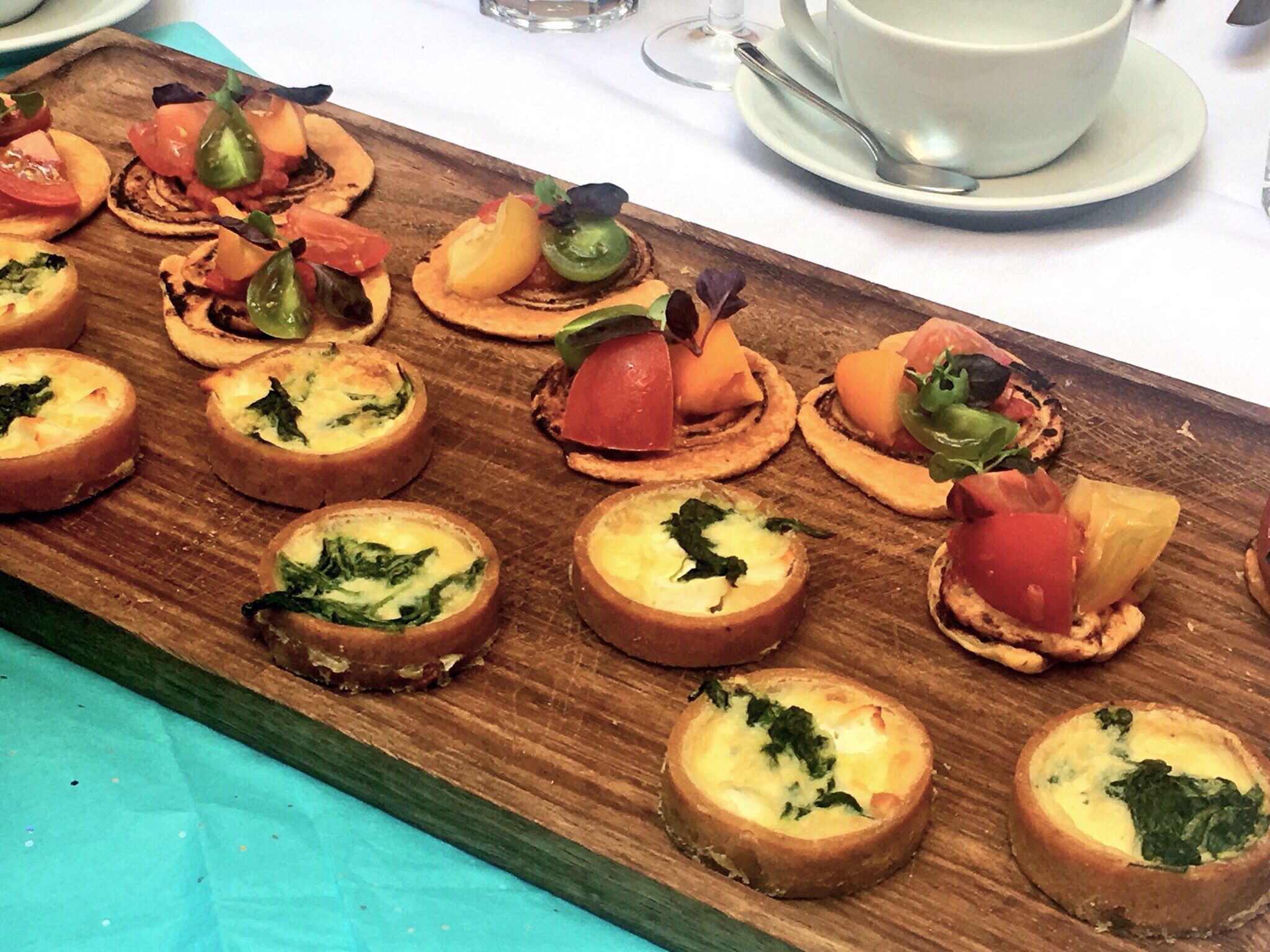 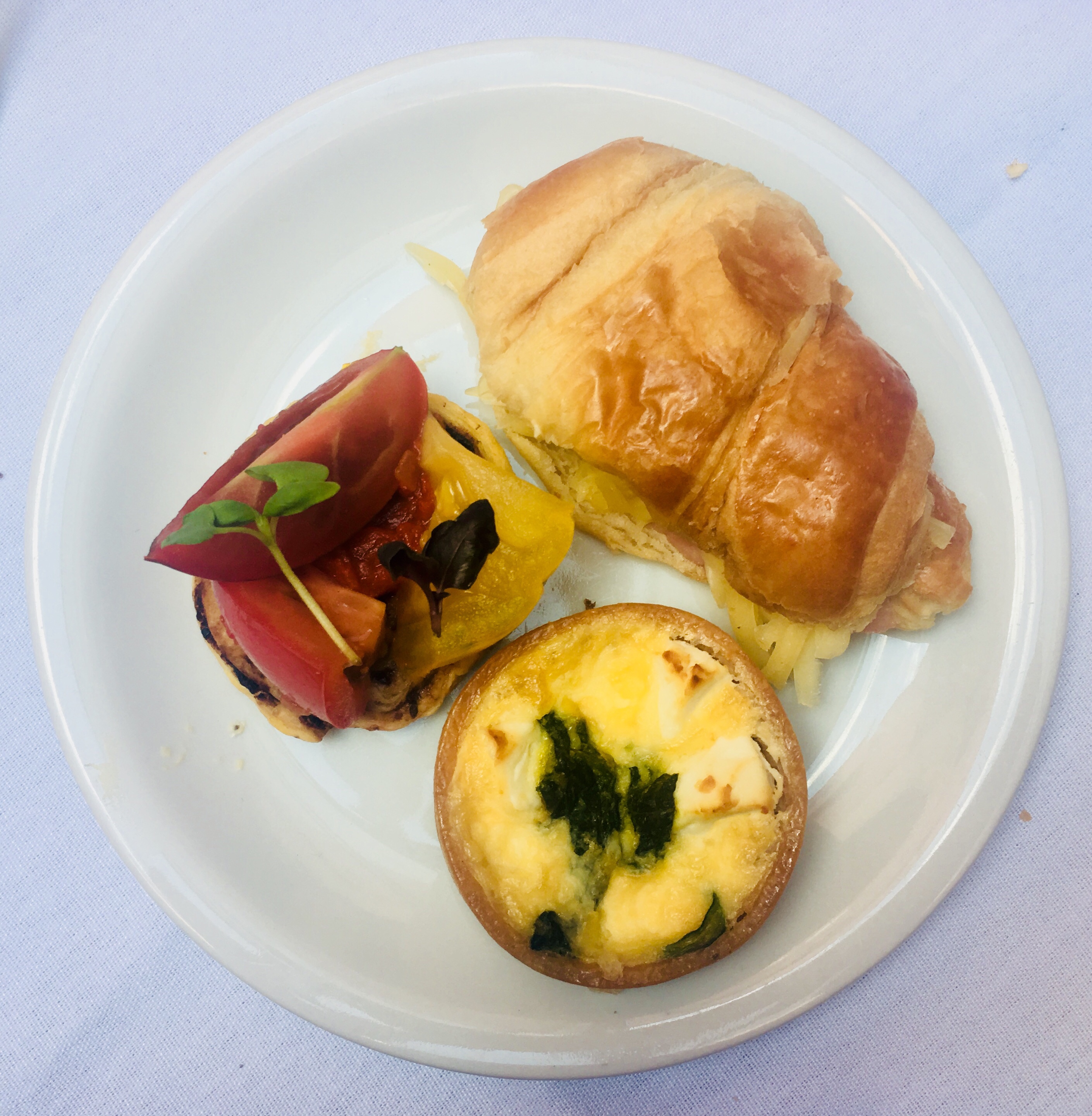 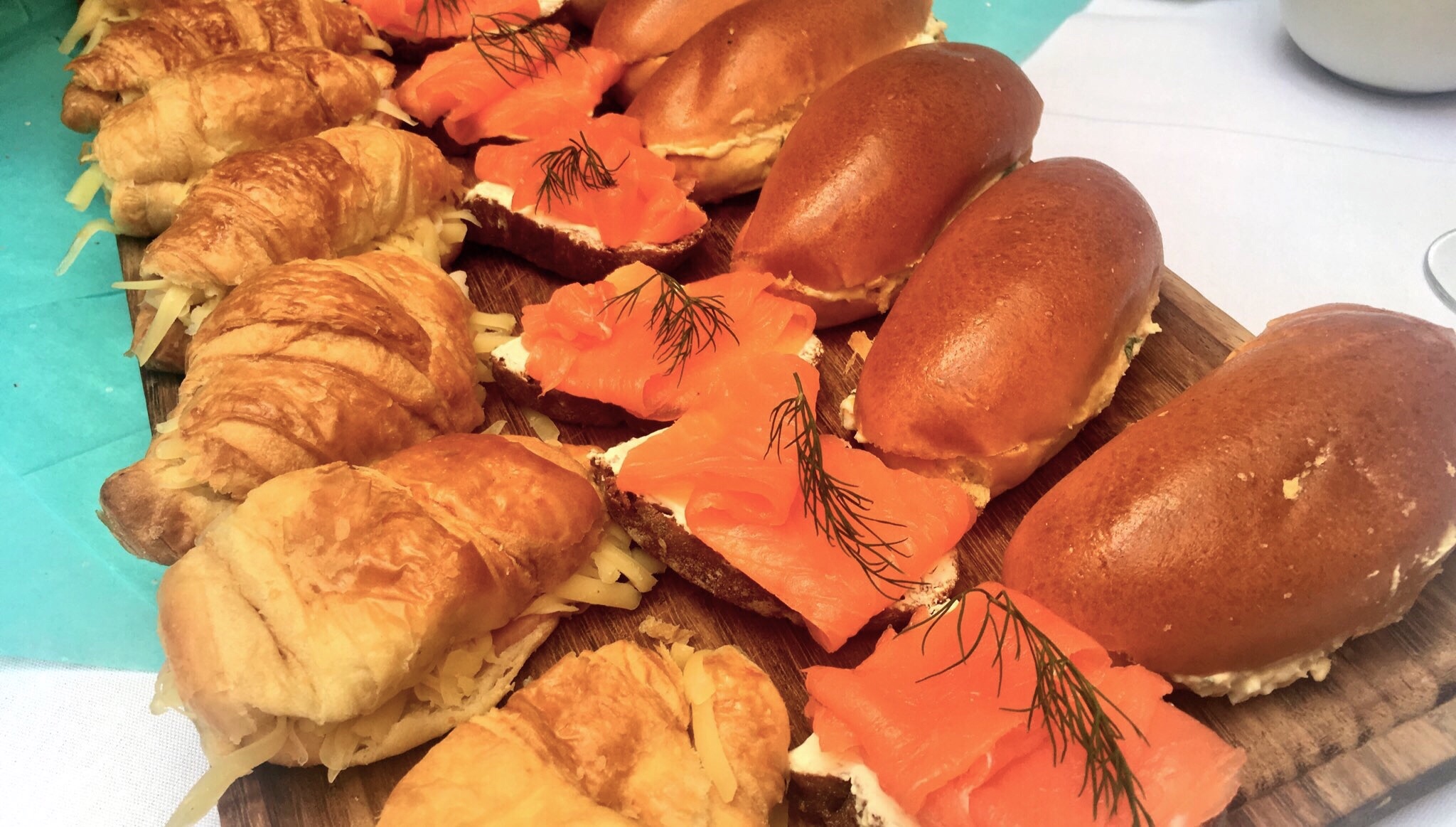 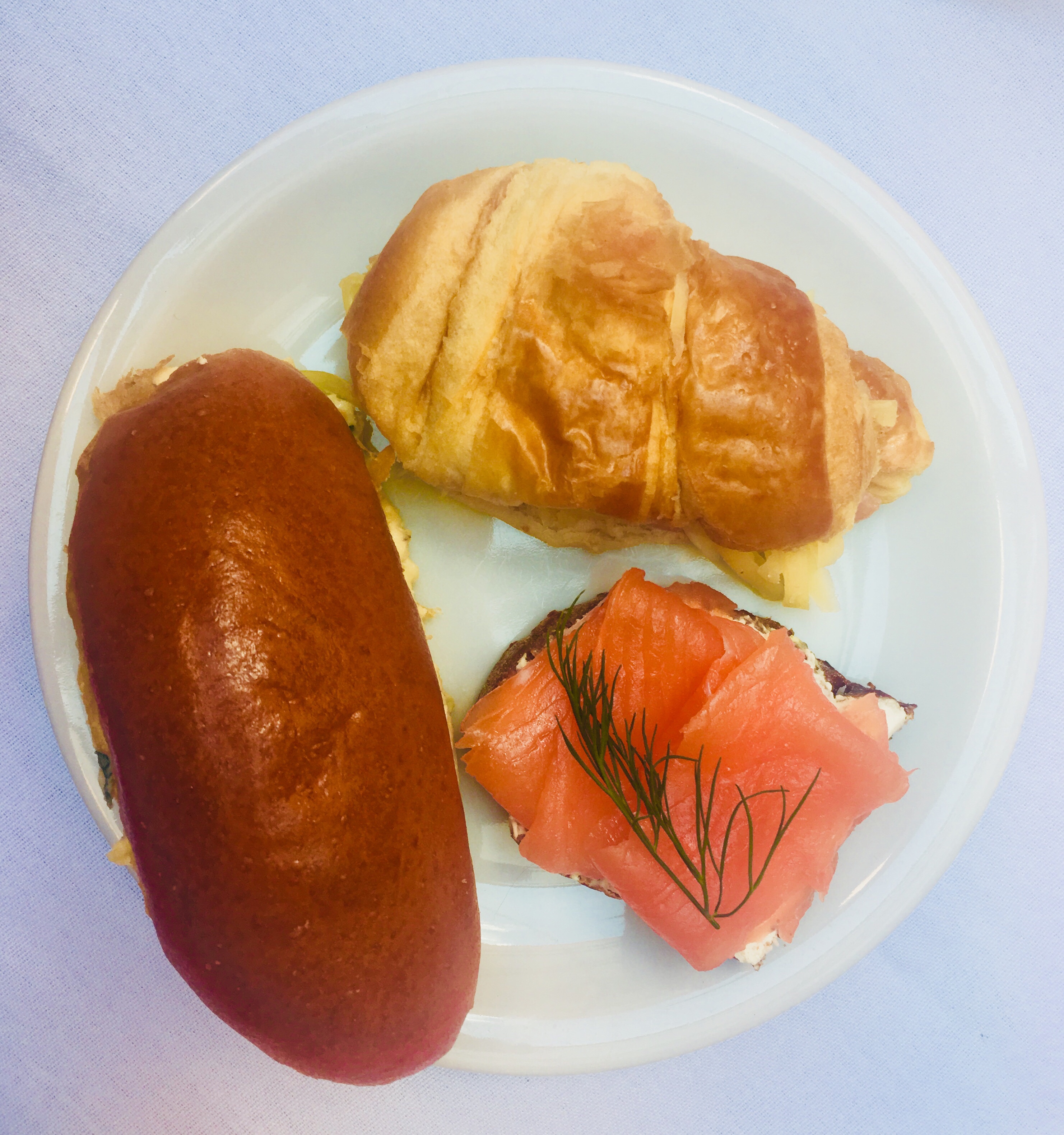 Onto the sweet selection and rather than the usual cakes there were options including a zingy sorbet (we guessed with gin and tonic), chocolate covered marshmallows, mini doughnuts and lemon meringue pies. We were also given baskets of plain and currant scones, but these were somewhat of a contentious issue around the table. Unlike the large attractive scones for the gluten-free members of the party, the rest of us were given what can best be described as bread rolls with raisins in. They tasted like scones but they didn’t have the texture or the appearance that one would usually associate with this afternoon to staple. I’m pretty sure these managed to confuse nearly every single person eating them (I later realised the likelihood is these were mixed up) although the clotted cream and numerous preserves were all lovely. 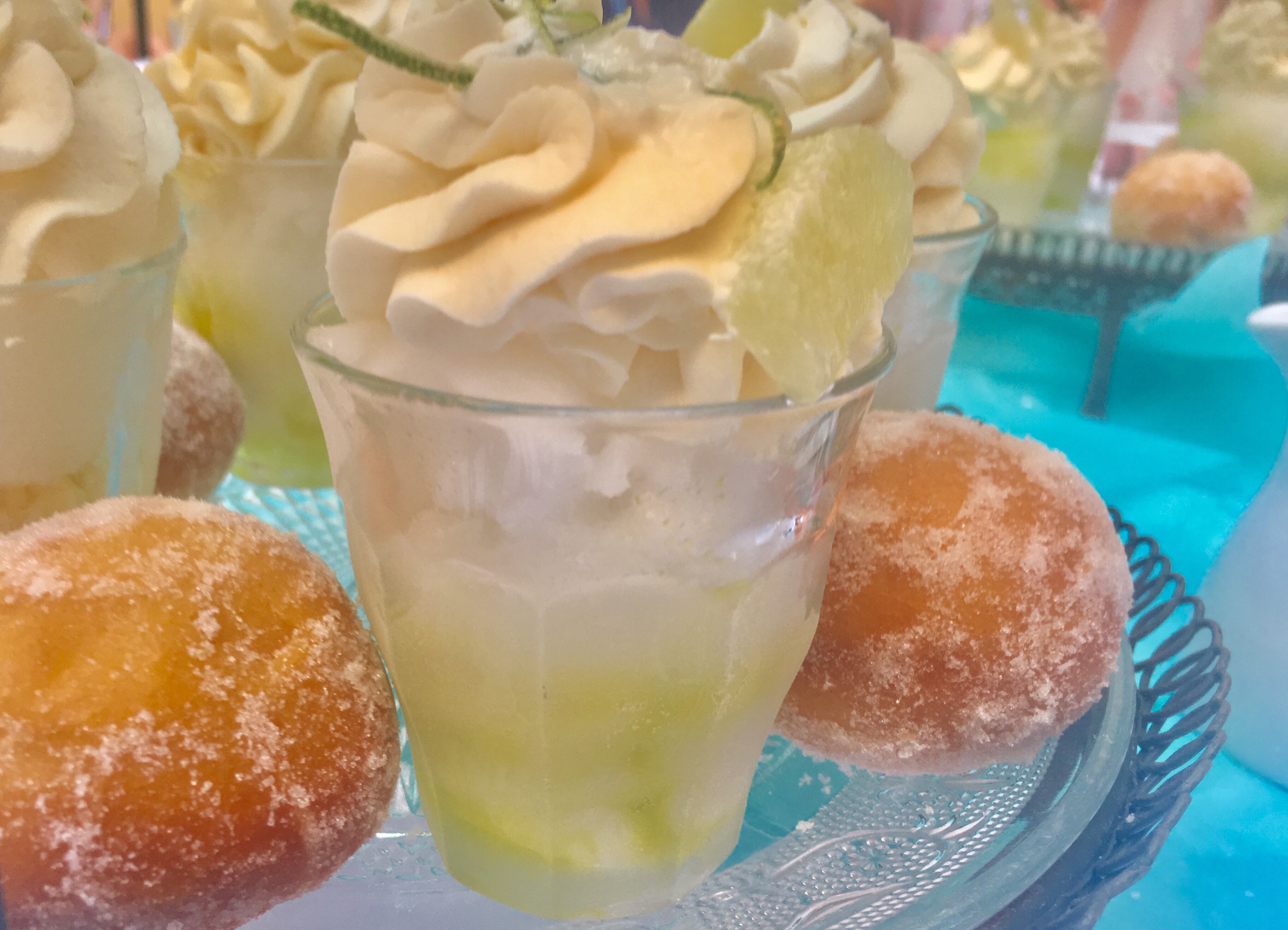 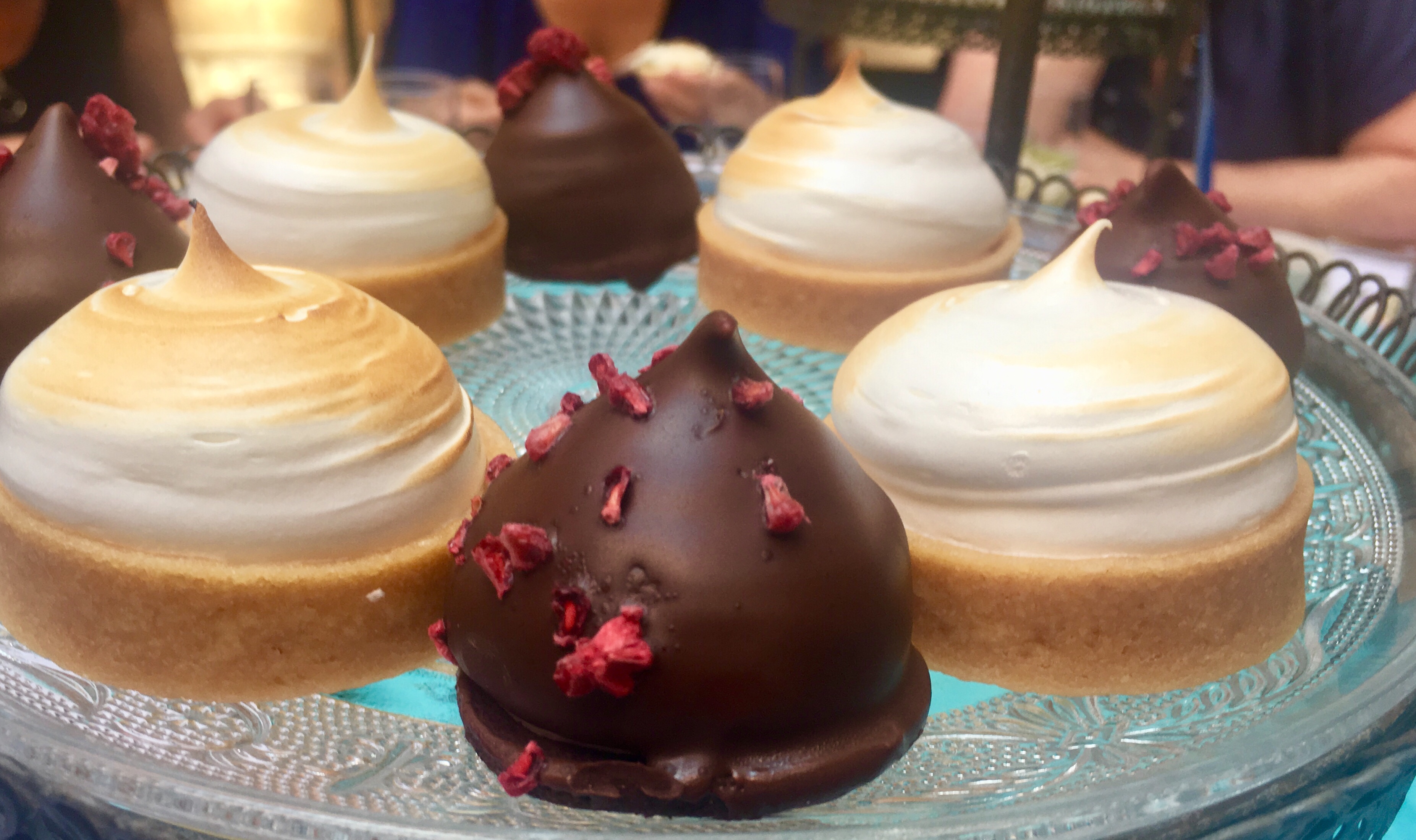 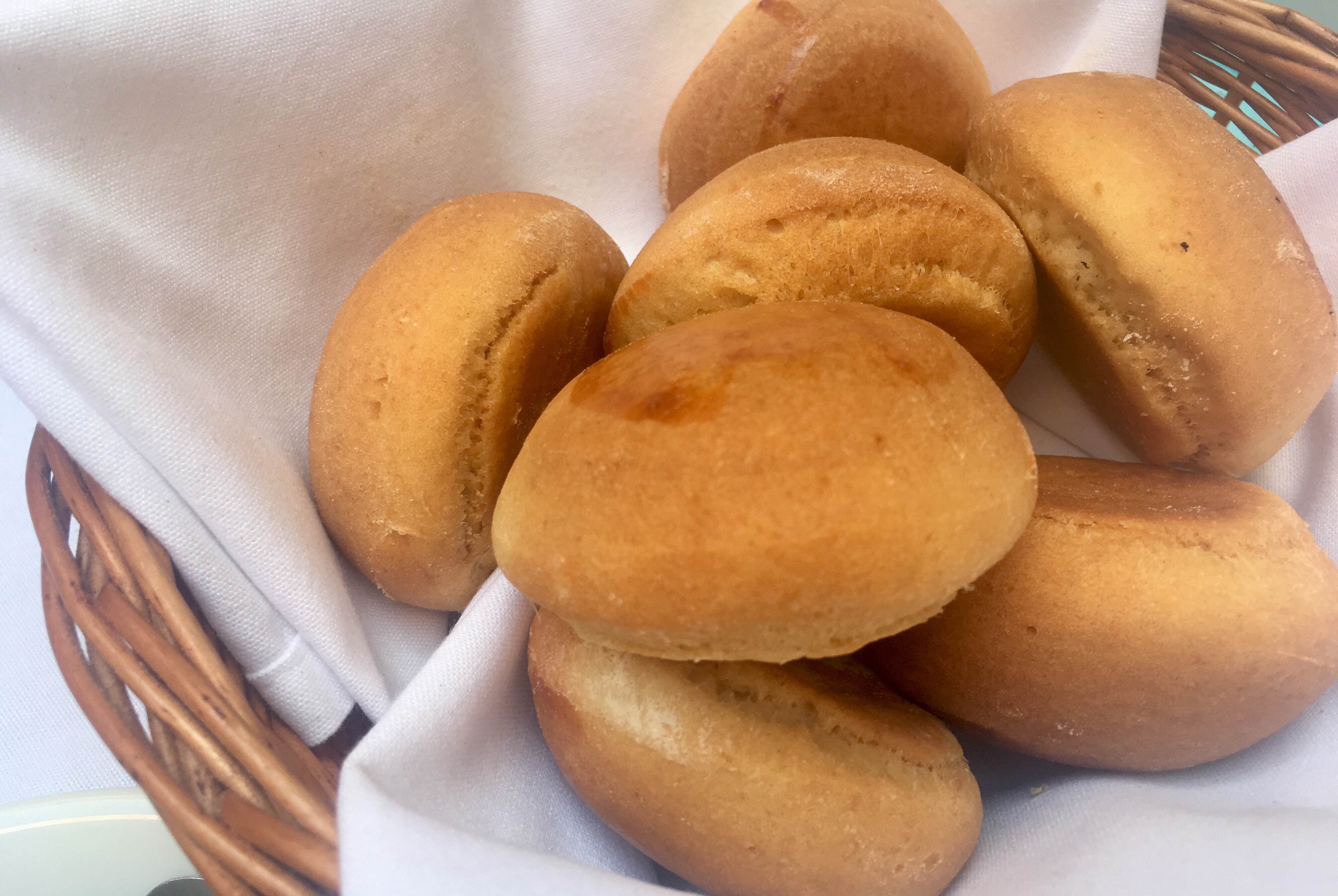 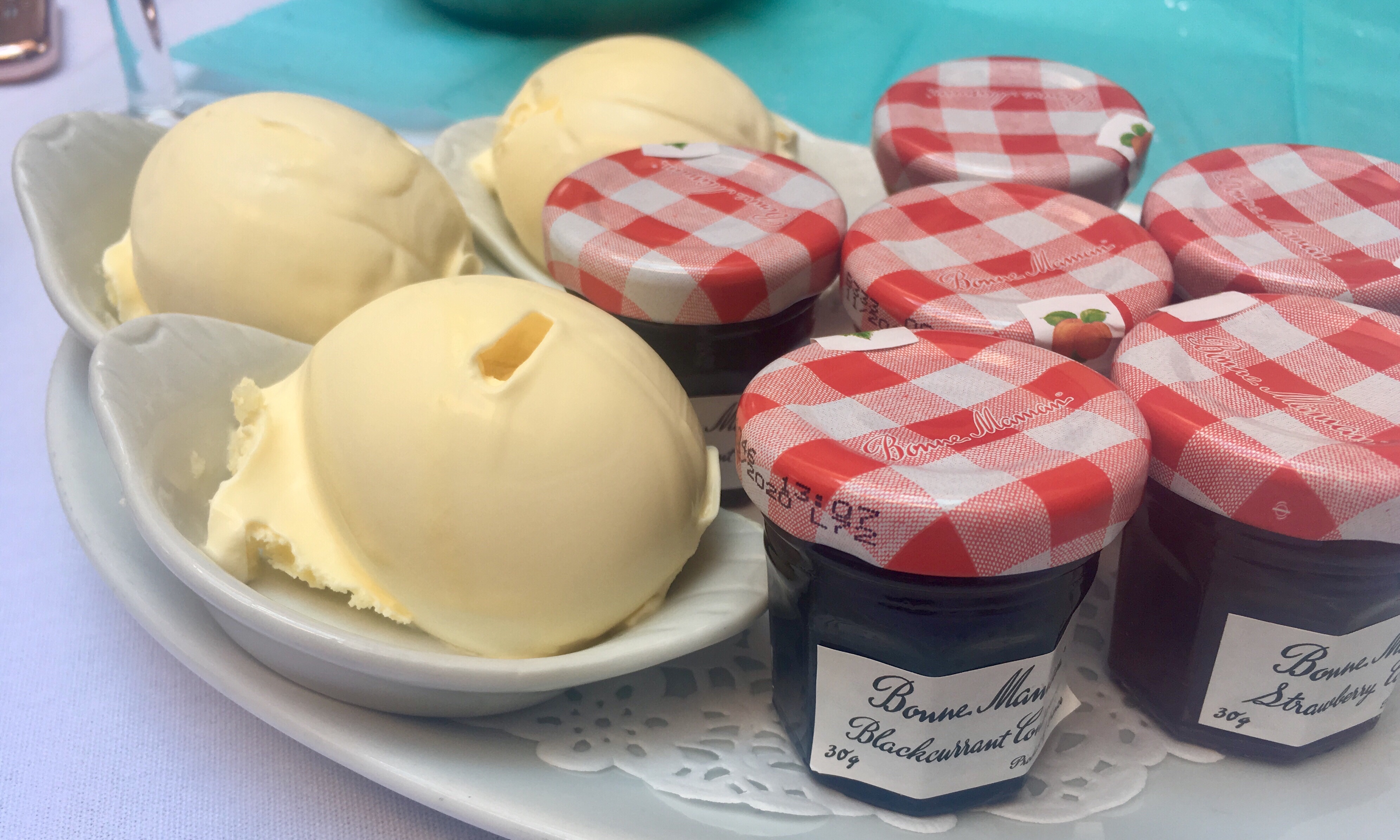 All in all it was a nice afternoon tea that felt a little bit more special than your usual white bread, traditional cakes and hot drinks. The service was a little confused at points, and it would’ve been nice to have been offered some more hot water so people could enjoy a second cup of tea. I think because we were also ordering some drinks from the bar the chap serving us became a little bit flustered, which I can’t blame him for as it was about 163849 degrees that day. Having said that, I know that the guests (most importantly the preggo) all had a good time and enjoyed both the venue and the afternoon tea on the whole.

The afternoon tea at Hotel du Vin costs £22.50pp, but we added a glass of fizz on making it just under £30pp. Pre-booking is required and dietary requirements need to be given ahead of time. You can read about my previous visit to the hotel’s bistro to try the French inspired food here.

Have you tried the afternoon tea at Hotel du Vin? Let me know in the comments.

Disclosure: We paid in full for all food and drink included in this post. All words, photos and opinions are mine