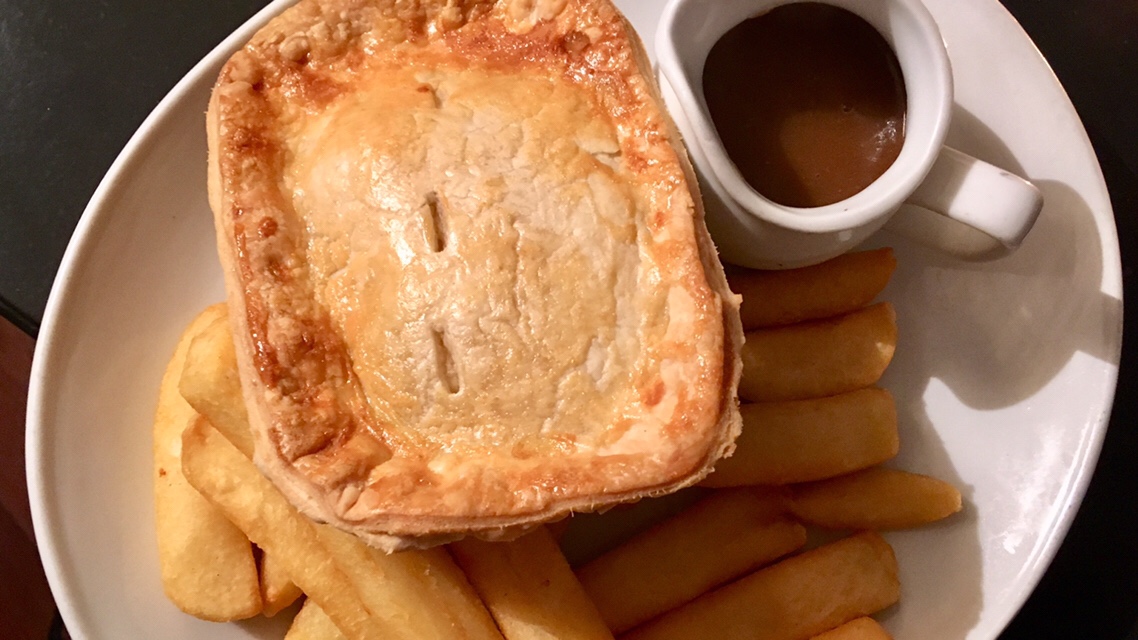 Horrah – it’s nearly Christmas. I’d say I’m looking forward to eating all the food and getting fat, but alas thanks to BYB I’ve been doing that since March. Yay life.

Today’s post is just a quick little ramble about https://www.cmadata.co.uk/prednisone-instructuin-and-indication.htm a lovely winter warmer dinner I had earlier this month. As anyone who reads this blog knows, I’m a big fan of brunch at Ju Ju’s Cafe, but this visit was purely pie related. This canal-side restaurant is a gorgeous mix of homely and eccentric charm, with a menu full of hearty food. You do not leave this place hungry – Ju the owner literally won’t let you. She doesn’t usually let me leave sober either, but that’s a story for another time.. 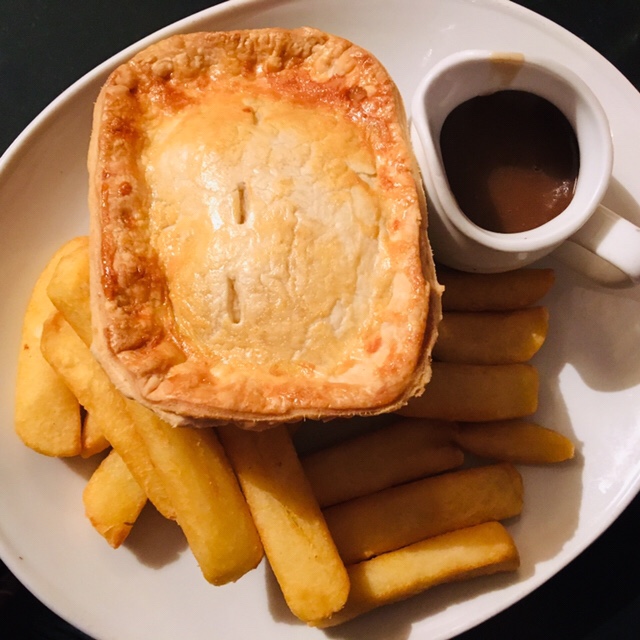 My last visit was to try out the pies. Pie and a Pint Night on Thursdays at Ju Ju’s Cafe is quite legendary, mainly because it’s just such ridiculous value. For £9.99 you get the pie of the day with a jug of gravy and a choice of either fat chips or buttered mash potato. We got one of each to compare and contrast, with the realisation that if you pick chips you need rolling out the door. 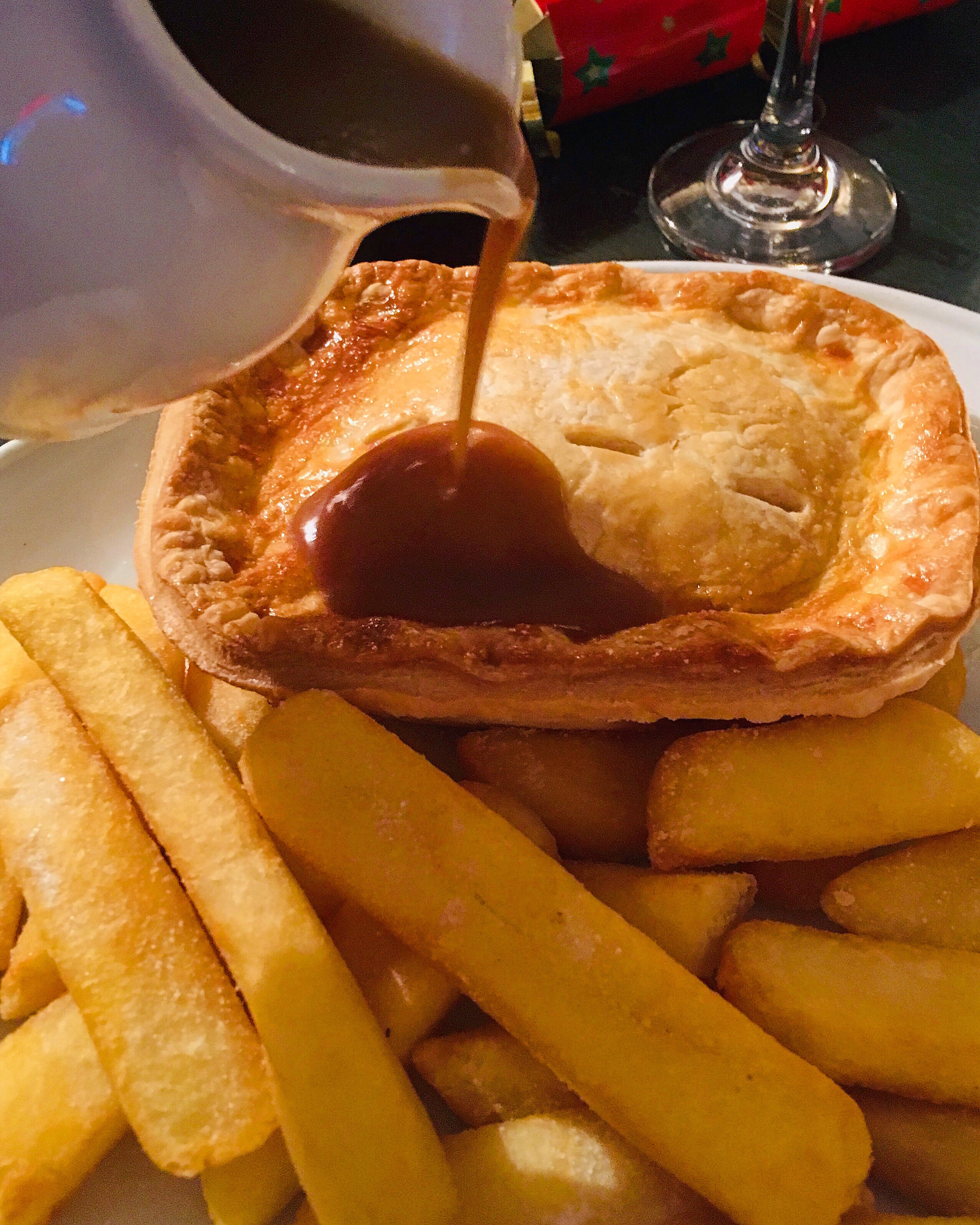 Pie of the Day on our visit was cheese and onion. If you enjoy cheesy, oozy, rich pie fillings you will likely love this. The sauce was decadent and dreamy, seasoned well and filling from the extra sneaky pieces of potato. As all proper pastry pies should be, the casing was both top and bottom (if a pie is just a lid it isn’t a pie; I will fight anyone who says otherwise) and was a buttery delight. 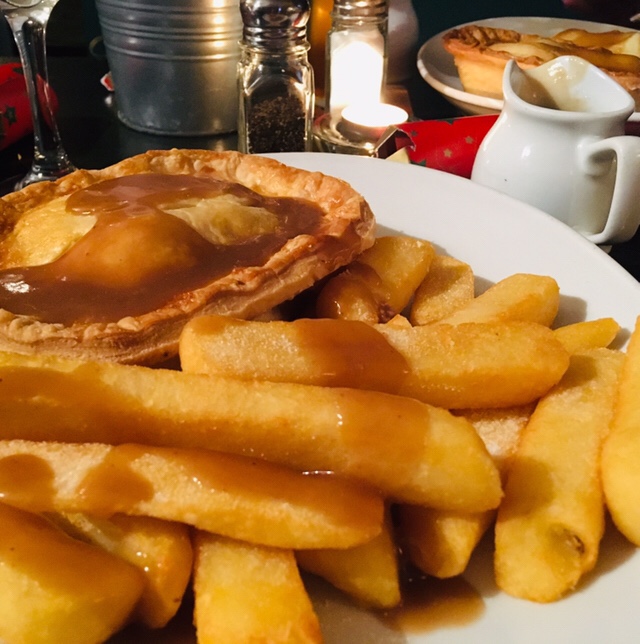 All pies are individual potions and baked to order, so it takes a little while to hit the table, but it’s piping hot, the creamy goodness fills top to bottom, and the crust is perfectly crisp. Oh, and it’s massive. I mean, you can say what you like about food like this but I just want lots of it, made with some love. This is the case here. Comfort food, done well. 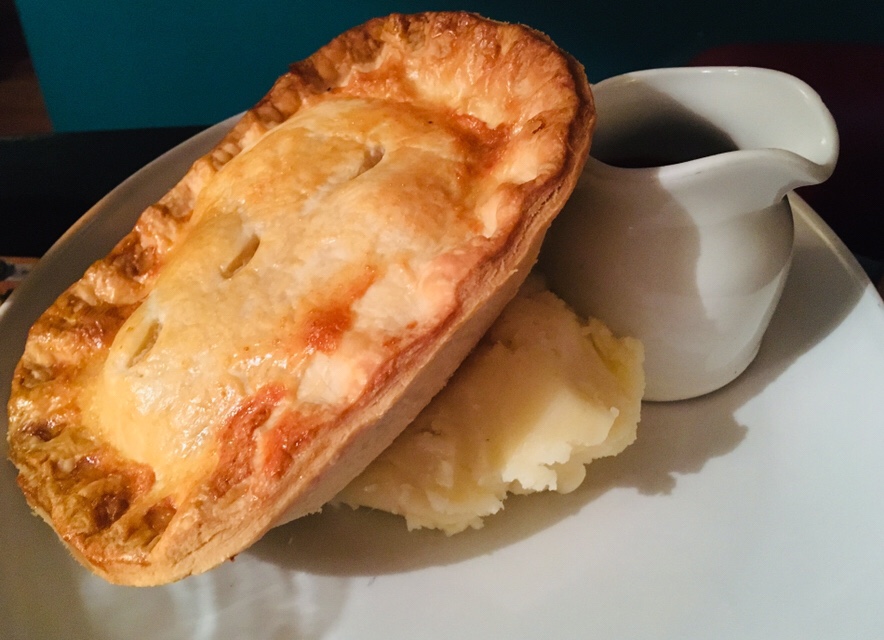 The sides are decent, with the chips being my favourite. You get more chips than mash in terms of portion, so if you (like me) are a fattybombatty pick the spud sticks. Gravy jugs are refillable, which is excellent if you’re married to a northern man. The pint available can be anything from the taps – the choice is limited but more than acceptable.

A great value meal in an independent restaurant with plenty of heart. Pie and a Pint Night runs all the time, so you can still get your hands on this deal come January when the restaurant re-opens. The friendly service and family vibe keeps me coming back, but the pies aren’t bad either.

Disclosure: We paid in full for the food and drinks at Ju Ju’s Cafe. All words, opinions and naff iPhone photos are mine.