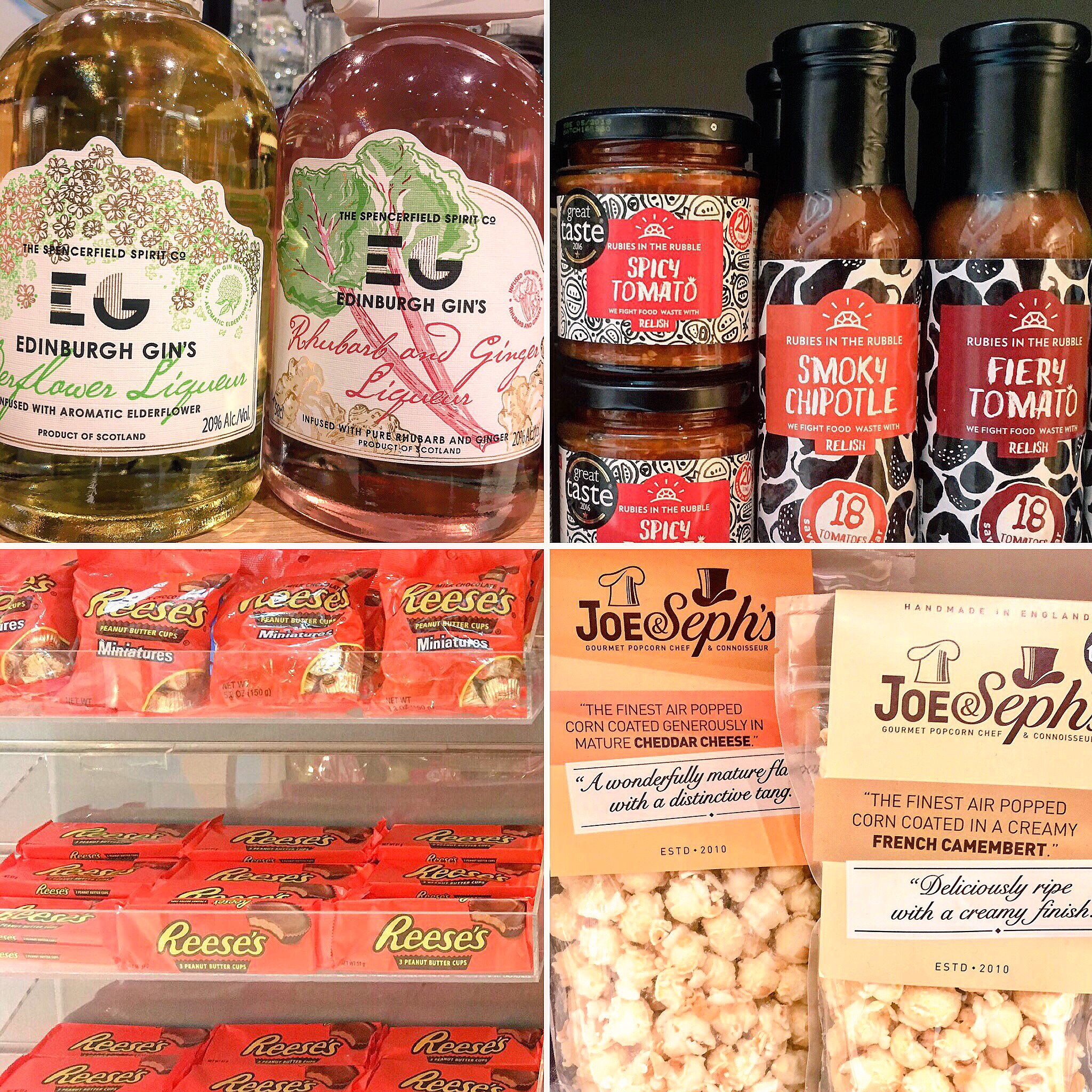 I’m not sure if I’ve mentioned this (lol) but it’s my birthday soon *fires glitter canon* so I’ve been thinking about what I could ask for, in terms of presents.

I drive my other half to disappear by always answering the annual “what do you want for your birthday?” question with, “I don’t know/anything/I don’t need anything…” so this year I decided on a lush pair of posh sunglasses. With summer and our wedding and honeymoon on the horizon (eeeeep!) I figured they would help feel like a rockstar.

But aside from that one ‘main’ present I wasn’t really sure what I wanted.. until I walked around Selfridges hungry… oh, baby.

I love Selfridge’s food hall and can quite easily spend an hour trotting around mooching at the sweet and savoury treats that fill the counters and shelves of the enormous space. So when I found myself with 20 minutes spare between meetings last week I decided to take myself into the food hall to see if there was anything new that caught my eye.

The first thing I came across was a rhubarb and ginger flavoured spirit which sounded incredible, as well as an elderflower liquor, under the Edinburgh Gin’s brand. I am such a huge gin (and similar) fan, and I particularly like the quirkier flavours. One of the reasons I visit Old Contemptables by Snow Hill station is for the ‘pink gins’ so I was delighted to find these bottles in Selfridges – although at £22.99 a bottle it’s not exactly a cheap tipple.

The assistant told me this range of spirits was fairly new to Selfridges which may explain why I’ve not seen it before, but I’d love to get my paws on some to enjoy over my birthday weekend for sure!

Aside from the booze it was, probably unsurprisingly, mainly the food that caught my imagination. They’ve had a reshuffle on the ground floor, meaning the coffee and teas have swapped places with the chocolate, imported cereals, and various weird and wonderful treats.

By the time I found the Reese’s Pieces range (items start from £1.99) I had also stumbled upon the Joe & Sephs popcorn stand too. I liked RP’s but after our holiday to America last year I fell in love with them. In LA I ate quite a disgusting amount of the peanut butter delights, and my friend Mel shares my love of the mini cups especially.

The Joe & Sephs popcorn range is mega, like, MEGA. I discovered this brand in my local Cineworld cinema, and my other half and I like to get a bag of the peanut butter or salted caramel snack to have with a coffee during a film. Of course, it never lasts past the trailers and we always wish we had bought two bags.. anyway.. Selfridges are now selling the whole range including – wait for it – cheese flavours.

Two of the most amazing sounding bags (priced from £2.99) included mature cheddar cheese and French Camembert (what a time to be alive!!!) which literally made me say “Oh god, yes” out loud upon discovery.

Finally, I checked out the shelves at the far end packed with glass jars of sauces, condiments and chutneys, which led me to discover the Rubies in the Rubble range. With some amazing sounding sauces including top banana, and fiery tomato (both £4.49) I’d be made up to find a few jars of this wrapped up on my birthday. I was also intrigued by some of the hot sauces which were on the same shelves, many of which sounded like they’d go down very well in our spice-loving household.

I can’t say I’m thrilled about turning 32 soon *dons party hat and toots horn unenthusiastically* but I’m excited to have a meal with Ian and spend the days before and after it with my friends and family. It’ll no doubt involve eating lots of food – if I’m lucky maybe a few bits and pieces from this list (wink wink nudge nudge).

Do you buy anything special from Selfridges food hall? Let me know in the comments ??