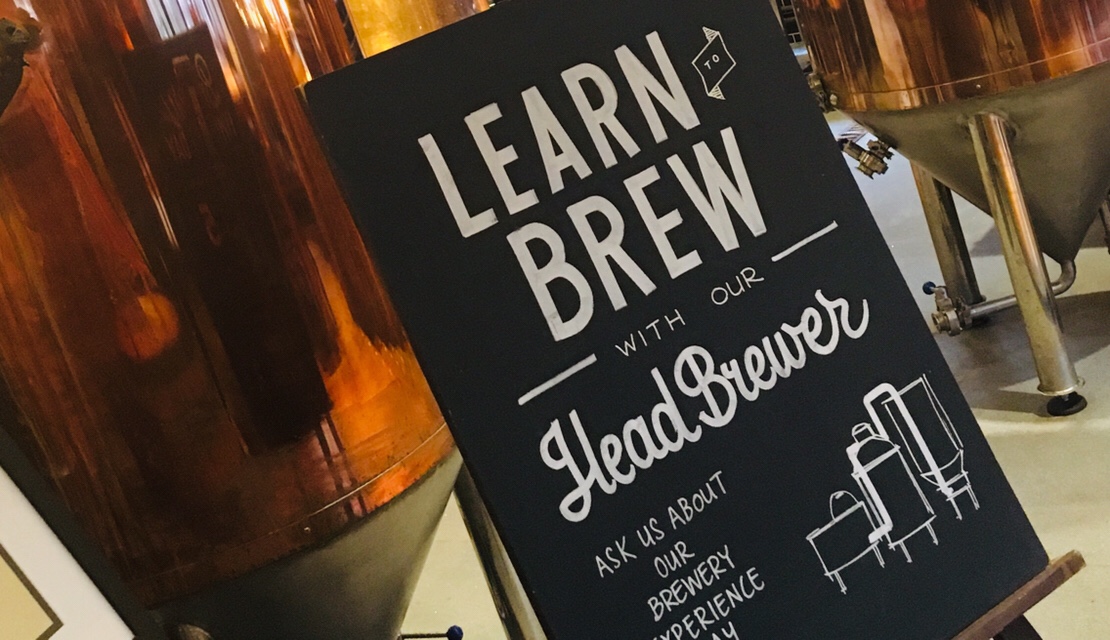 Recently I was given a voucher for a beer tasting at Brewhouse and Kitchen to get in the Christmas spirit. Santa does beer tokens – who knew?

Part of Sutton Coldfield’s Restaurant Quarter, Brewhouse and Kitchen has a big beer selection and offers pub grub. As I explained in my recent post about The Green House, I’m not all that familiar with Sutton’s pub offerings, so I was interested to take a train out of the city centre to try out another venue that was new to me. 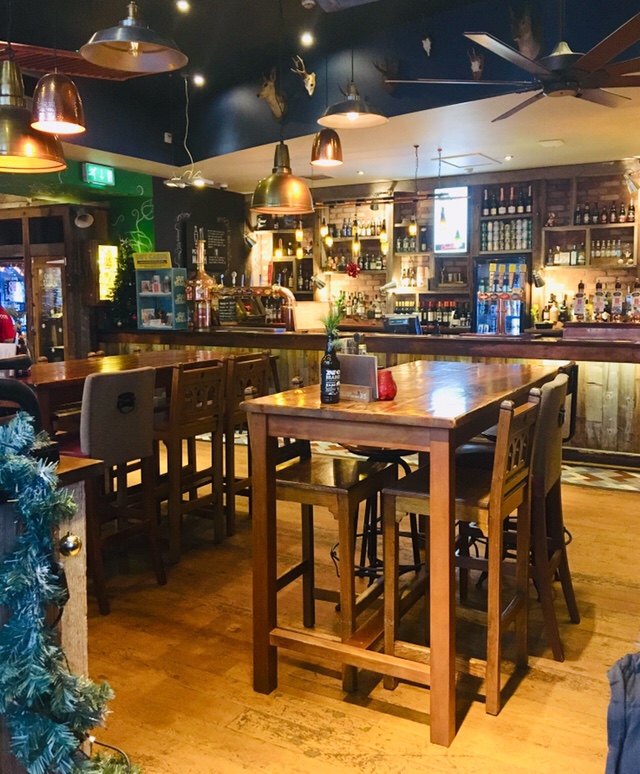 It’s surprisingly spacious, with rustic wood and exposed brickwork. It’s cosy inside thanks to a big log fire and has a nice beer garden (for when it’s not -1 outside, like it was when I visited). In a nice twist, some of the ales served here are made in the micro-brewery which is a found by the main entrance – you can’t miss that when you walk in. 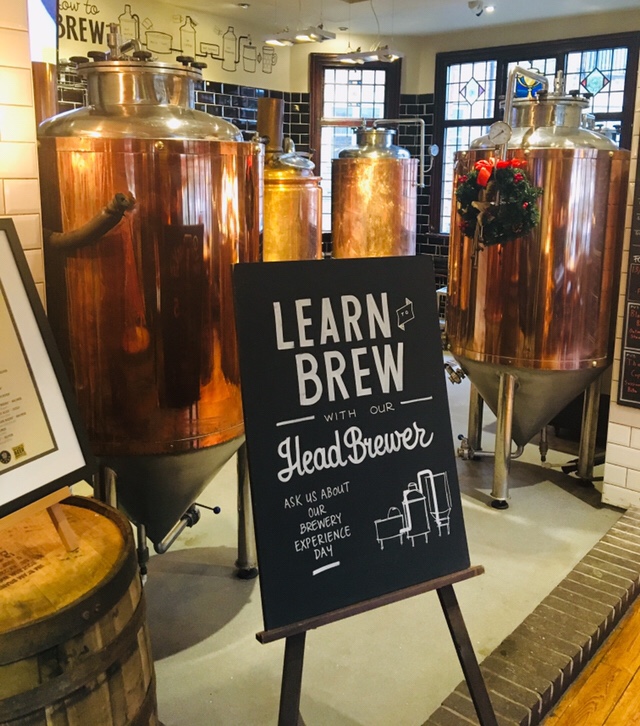 Although mainly operating as a regular pub, there’s several beer experiences you can sign up to. The Beer Masterclass we were given included tastings of various beer styles, from a beer expert called Aiden. With 8 beers to try altogether, the tasting note pad came in handy. We were encouraged to take note of the colour, aroma, taste and mouthfeel of each drink, making it more interactive than I was expecting. I figured we’d just be given a load of beers to try (basically what BrewDog lazily offer) but it turns out this class is happily more hands on. 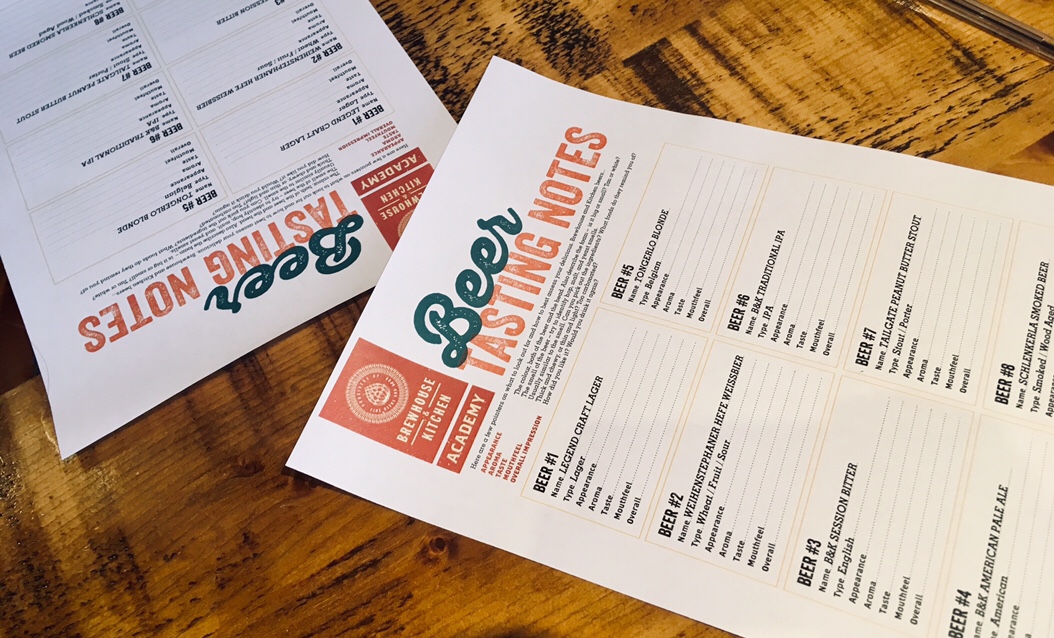 We started at the lighter end of scale with a crisp lager, working our way up through IPAs and Belgium beers to a dark smoked beauty – in between we hit up some of the brewed in-house craft beers including a lovely APA. Highlights for me included the Tailgate Peanut Butter Stout, which came in a can rather than on draft. This was deliciously unique, and something I’d never tried before. Another interesting find was previously mentioned smoked beer that tasted like bacon. It shouldn’t work, and you wouldn’t want to spend a whole night on the stuff, but it highlighted how different beers can be compared to the usual. 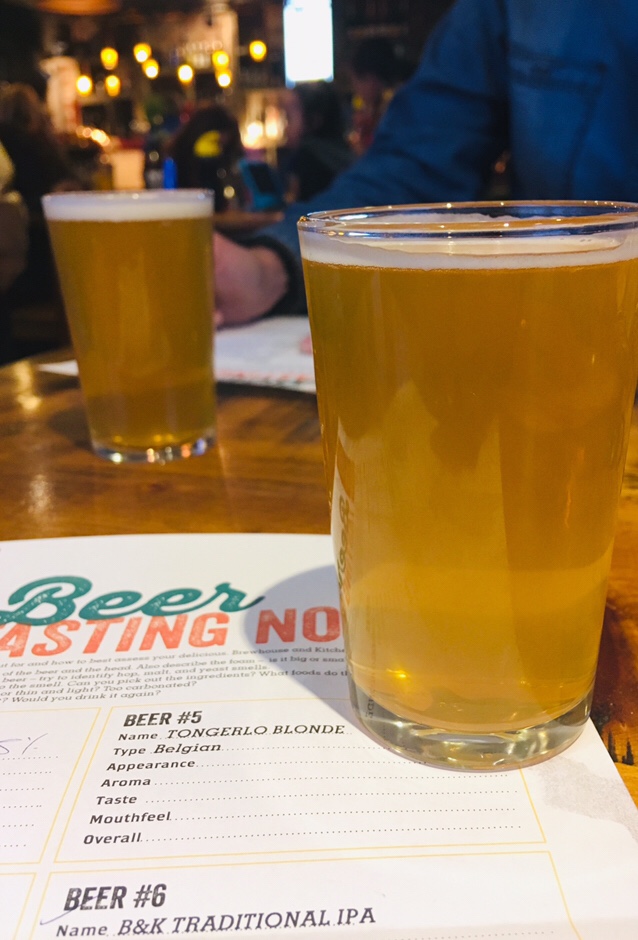 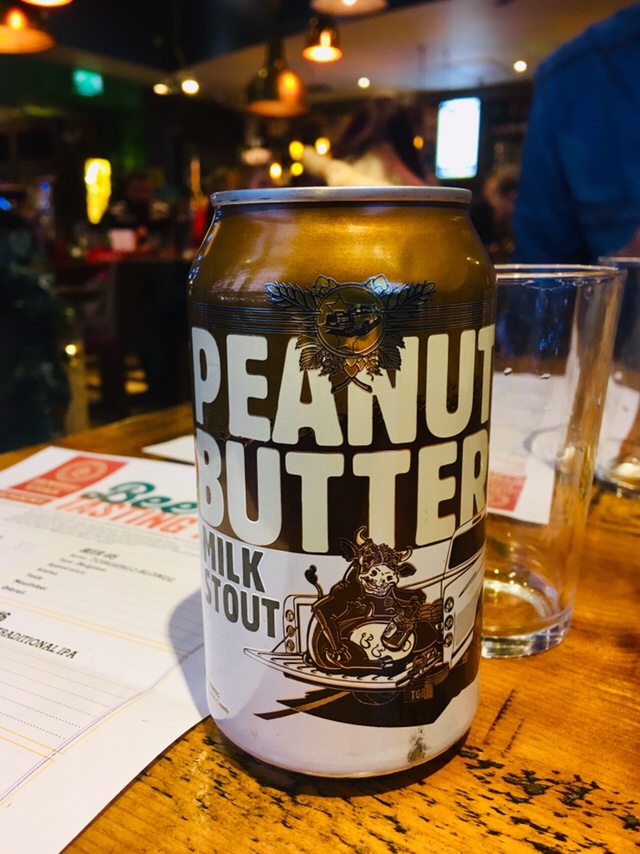 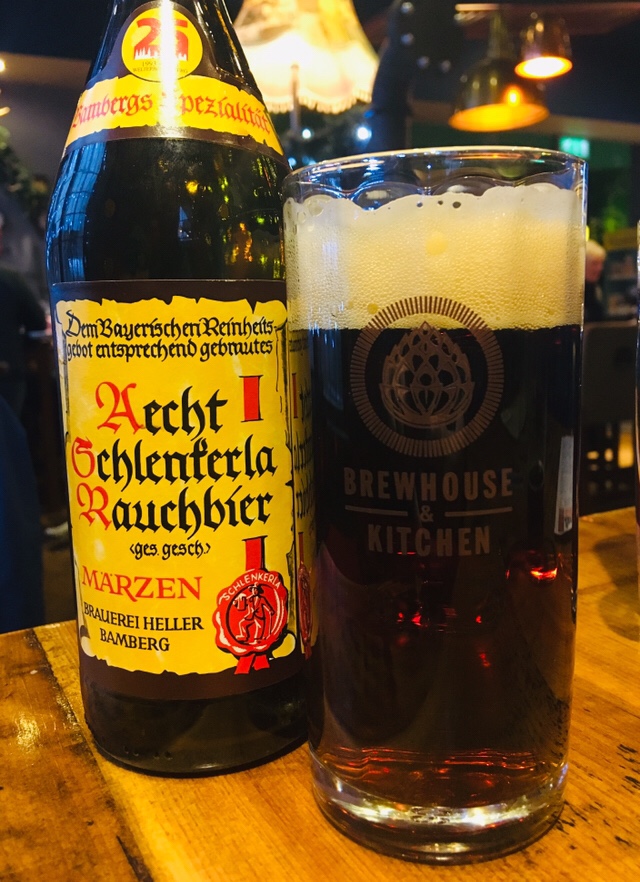 If like me you like drinking beer, but don’t know that much about it, it’s helpful you’re lead by a beer expert. My husband, despite his love of the stuff, isn’t one either, but knows what he likes, and he found the class insightful too. If you’re interested to try one yourself, this Beer Masterclass was around two hours long and can booked via the website for £20pp, or £30pp with a burger afterwards.

Disclosure: The beer tasting voucher for two at Brewhouse and Kitchen was a gift and we paid in full for all our extra drinks. All words and photos are mine