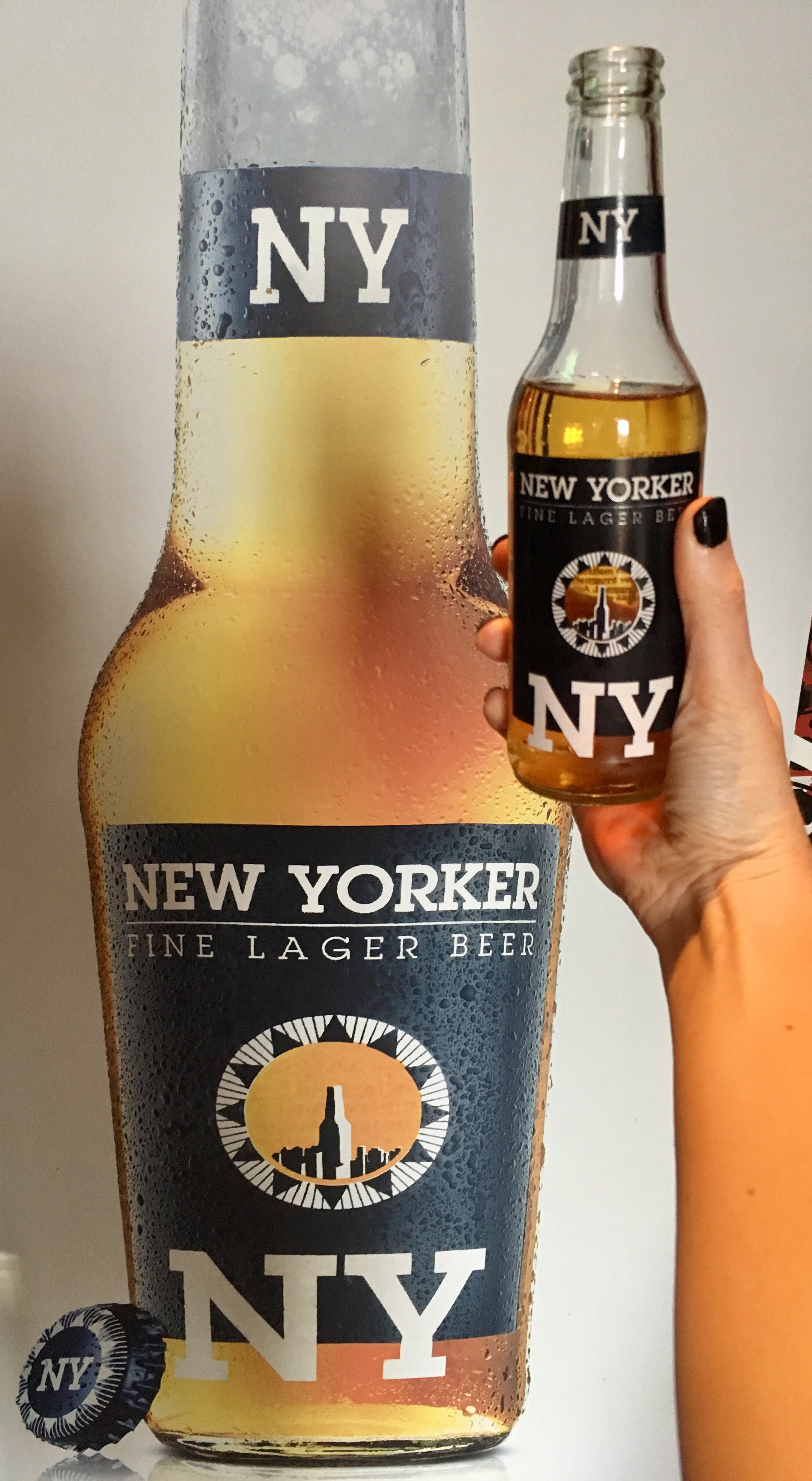 Last week I returned to the land of dirty ribs and lobster love, Nosh and Quaff, to celebrate the launch of a brand new beer now available at the bar and restaurant.

The event saw the introduction of New Yorker Beer, a bottled lager which is already available across the world. Marketed as ‘a beer with attitude’ according to the team behind it, the 4.2% ABV lager has a golden colour and, is surprisingly full of flavour for a lighter beer. I personally enjoyed the crisp taste and slick packaging, with the bold black and white design, and it fits in well with the aesthetic of Nosh and Quaff.

I discovered Nosh is actually the first venue in Birmingham to be selling this bottled beer (priced around £3.70) although it’s due to be rolled out to more venues soon.

During the party – held on the first floor of Nosh and Quaff – guests were given the chance to try the beer, as well as network and grab a bite to eat. Nosh and Quaff had kindly put on a bit of a spread including mini corn dogs, mac n cheese bites, BBQ pork belly, and chicken wings.

Two acts performed live acoustic music, and beer flowed continuously throughout the evening. Special shout out to Gaban behind the bar who is, apparently, the main reason I left with a fairly drunk boyfriend demanding in McFlurry before the train home. Cheers, pal!

Disclosure: I was invited as a guest by Hoot Hospitality and the food/drink was complimentary. I wasn’t obliged to write anything and all opinions and photographs are my own