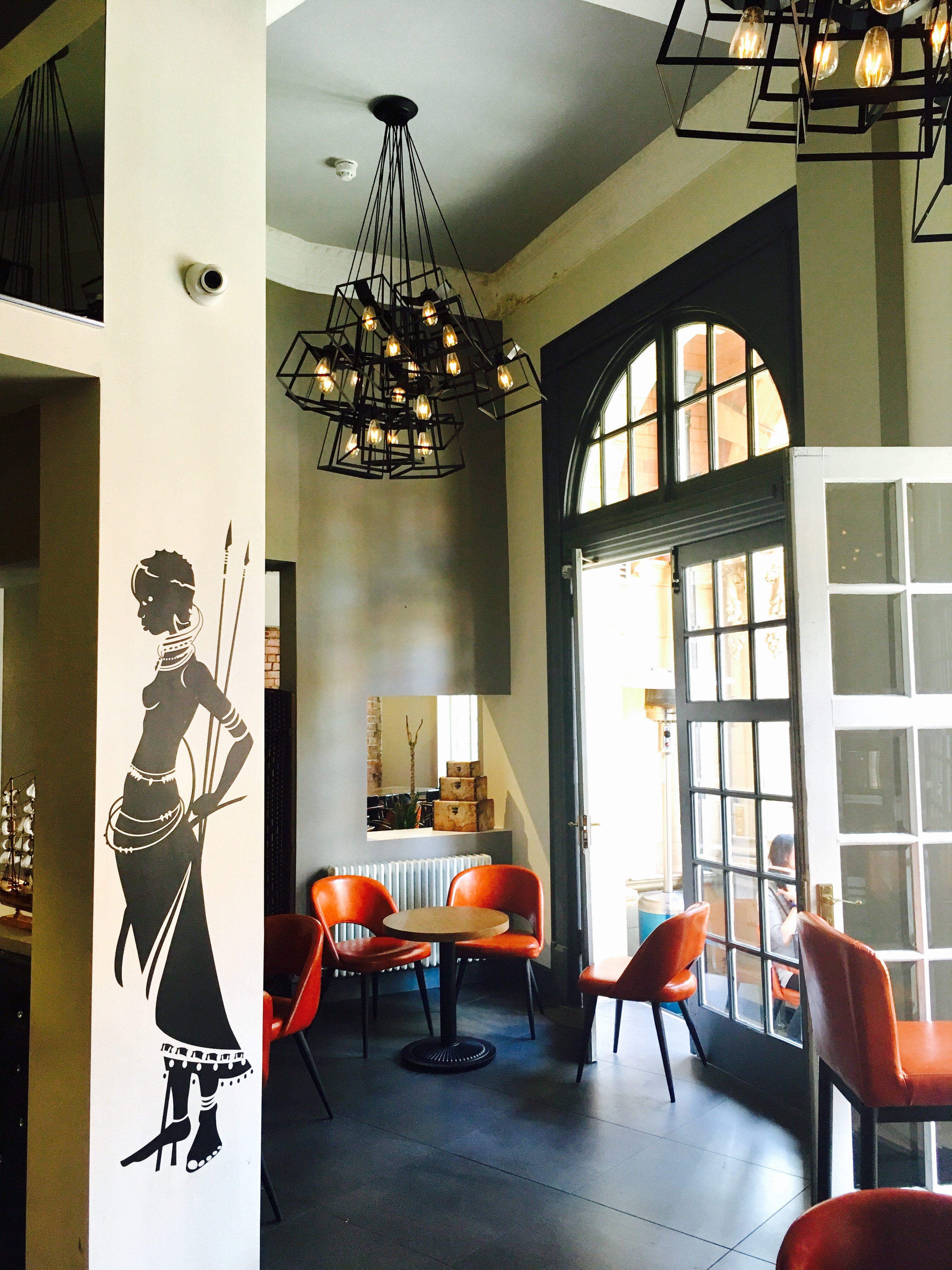 You may have seen my previous blog revealing the first pictures from inside the newest restaurant to hit John Bright Street: Nakira Bar & Grill.

It looked pretty swish, so I was delighted to receive a VIP invite to the official launch party, which took place last week.

Despite opening officially earlier this month the official launch was held some weeks later. The African themed bar and restaurant has replaced Lobster Peninsular on the ever-expanding foodie area of the city, set between Cherry Reds and The Victoria. Offering traditional African cuisine and lots of meaty dishes, as well as cocktails, Nakira Bar & Grill is a fairly unique offering for the city.

Up the stairs and through the double doors first impressions are good; it’s striking and like nothing I’ve personally seen in Brum before. Subtle Africal furnishings such as mini African Zulu shields and masks adorn the walls, as well as African Savannah themed animal ornamentation. Name me another restaurant in Birmingham that can say that.. no, didn’t think so. I met the manager who told me the plan is to import more unique furnishings over the next 6 months, so it’ll only improve over the year.

Fully kitted out with a braai (a large South African barbecue grill, for all you fact fans out there) we’re told Nakira is offering a range of African cuisine, with a heavy focus on game meats.

The party started with welcome drinks before the food and entertainment arrived. The venue is split in to separate bar and restaurant areas, and there’s also a private dining area for hire. There’s a lovely (but fairly small) terrace which overlooks John Bright Street, ideal for drinks and nibbles. We grabbed a fabulous Chilean red and headed to the balcony to enjoy the summer sun.

Various miniature versions of the bar menu were available to try including slider burgers such as crocodile, alpaca, buffalo and venison. Most were served pink and we both agreed the alpaca was the most juicy and flavoursome; much more tender than I anticipated too.

Other nibbles included Boerewors sausage (my favourite thing I tried) Biltong, akin to beef jerky, and falafel skewers with halloumi.

We were treated to some traditional African entertainment too which involved audience participation (note: I now know I’m rubbish at playing maracas, joy) before some cocktail tasters and more food came round for good measure.

The restaurant and bar is really lovely, and I’d come back to eat more alpaca for sure. It’s a meat lovers dream, no doubt. Whilst there’s a few options, if you’re a veggie I’d probably give it a miss.

Have you visited Nakira? Do you rate the food? Let me know in the comments.

Disclosure: I was invited as a guest to this event and food/drink was complimentary. I was not obliged to write a review but being that they let me make loud noises with percussion instruments I thought why not. All images and opinions are my own