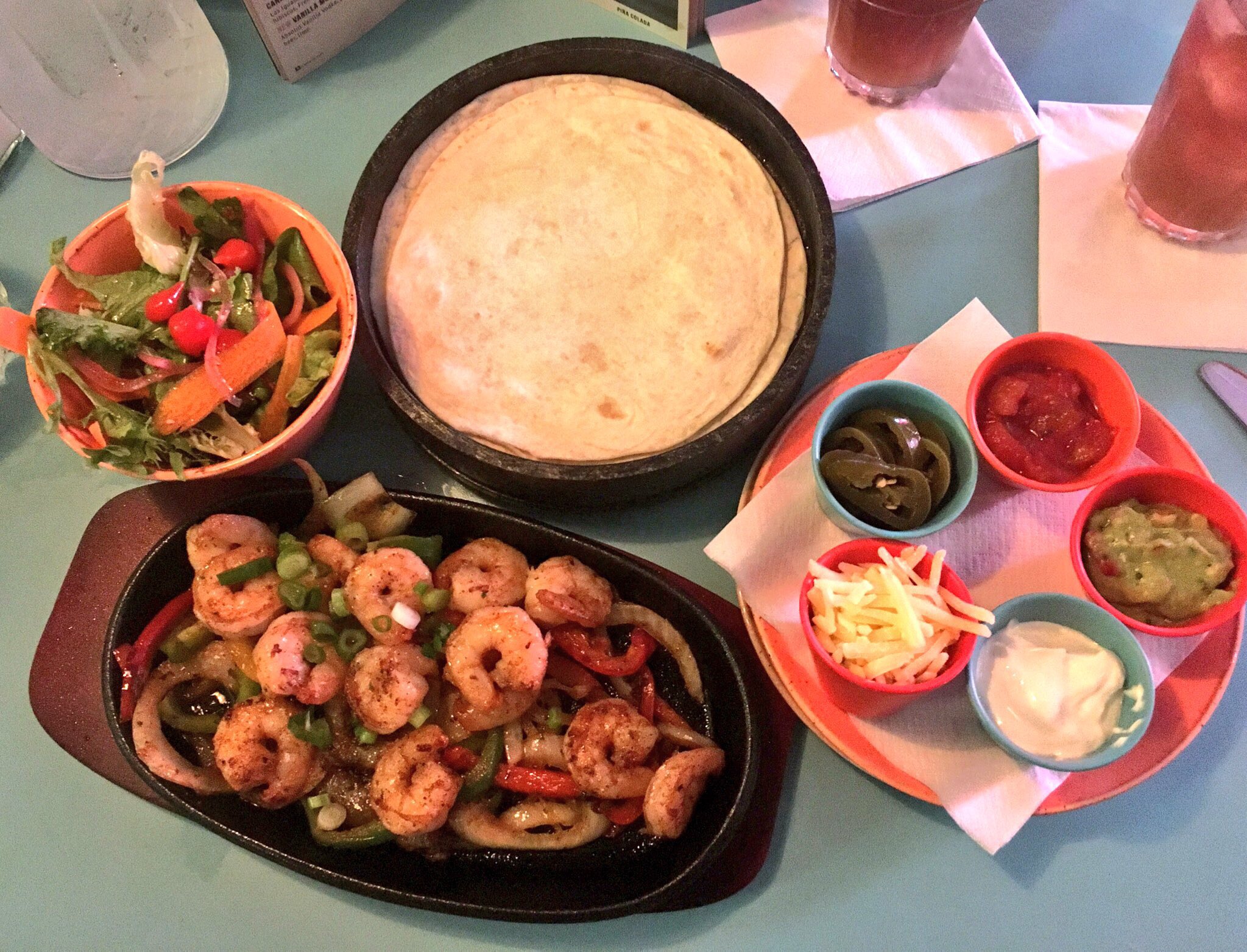 The end of August saw the opening of a new branch of Las Iguanas Birmingham city centre, and I was invited to the launch party.

Located on Temple Street – in the long time empty space once occupied by the permanently closed Temple Street Social – the latest Las Iguanas opening is set to bring a taste of Latin America to one of the busiest foodie hotspots in Brum.

Despite having a well-documented love affair with South American inspired food, I must confess I hadn’t visited Las Iguanas for some time. Whilst familiar with the brand – the chain is popular nationwide – I think it must have been 7 or so years since I last dined at the Arcadian branch.

Despite being a long-standing champion of Bodega on Bennetts Hill, and a passionate supporter of independent restaurants, I arrived at the new venue with an open mind – and I was actually pleasantly surprised.

Firstly, I’m so pleased to see this great space finally being used; it’d been empty for far too long. How it’s not been snapped up before now as a bar is beyond me.

Booths and dark wooden tables line the two section room, which appears much bigger than I remember thinking about the venue’s previous set up. It’s a jumble of colour, with more than the eyes can take in during one fleeting visit.

A quick glance at the menu revealed similarly eclectic, vibrant themes in terms of the flavours to expect, combining Latin American, Spanish, Portuguese and African influences. There’s also an extensive cocktail menu featuring an all day every day 241 selection to get you in the carnival party mood. 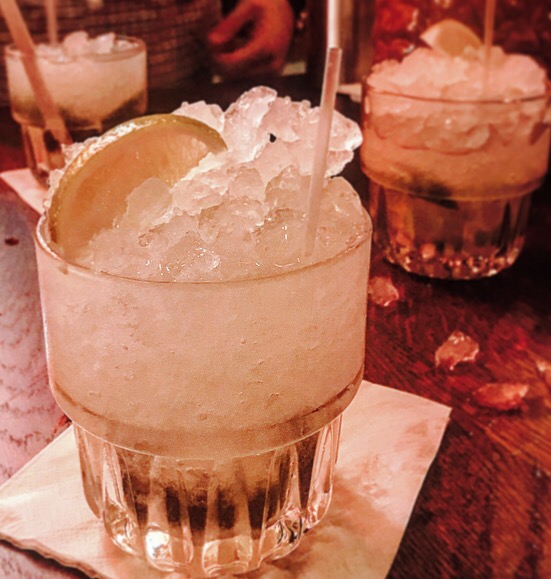 We were greeted by some glitzy showgirls (not a sentence one says much in Birmingham it must be said) and whisked off for a mini cocktail masterclass before dinner.

Learning the art of the Caipirinha, we dutifully muddled our limes and liberally sloshed in the Cachaca. Me being the excellent guest I am cough also managed to tip an entire bucket of ice over the bar, but thankfully our cocktails turned out to be delicious. Welcome drinks supped, and with a full house of guests seemingly filling every spare table and booth, it was time for the main event. 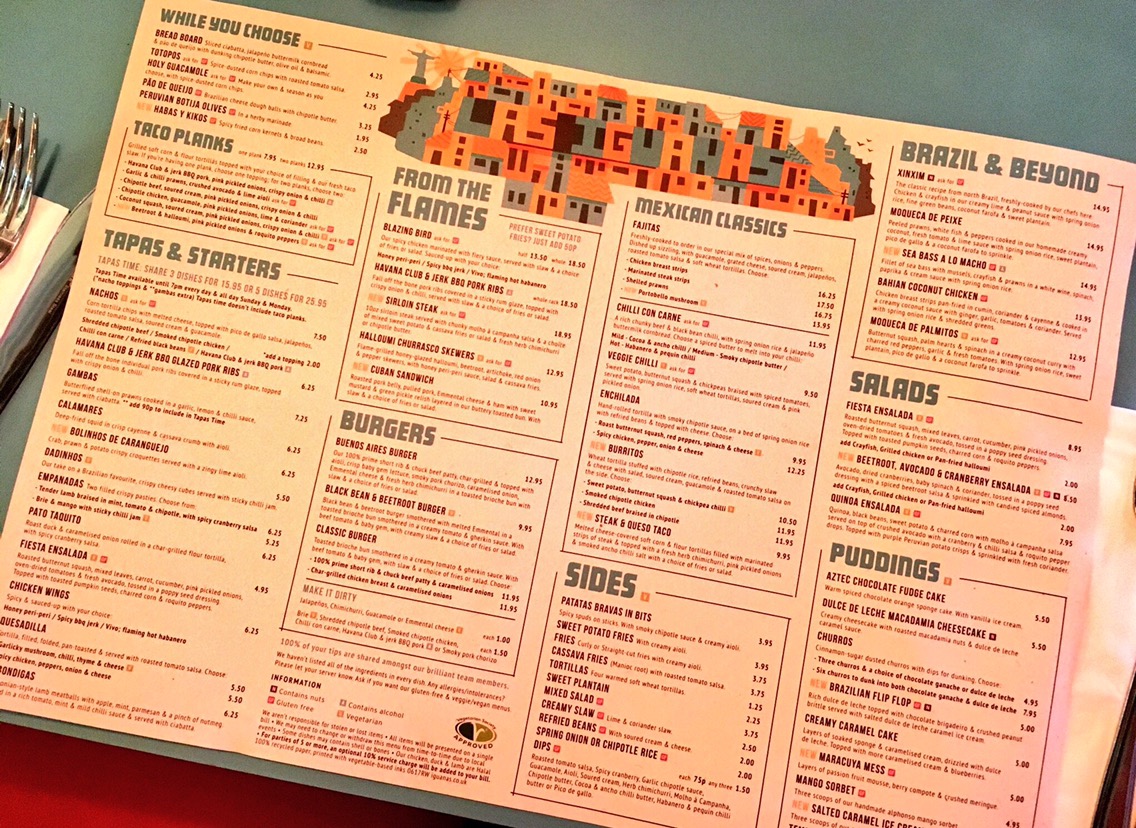 The bulging menu is split into different sections for ease, including Mexican Classics (classic burritos, fajitas, enchiladas), Brazil and Beyond (meat and fish in various sauces) as well as the usual burgers, salads and tapas style dishes you may expect.

I opted for a starter and a main, choosing the Habanero Chicken Wings (£6.25) from the tapas menu and the Prawn Fajitas (£16.75) from the Mexican section. 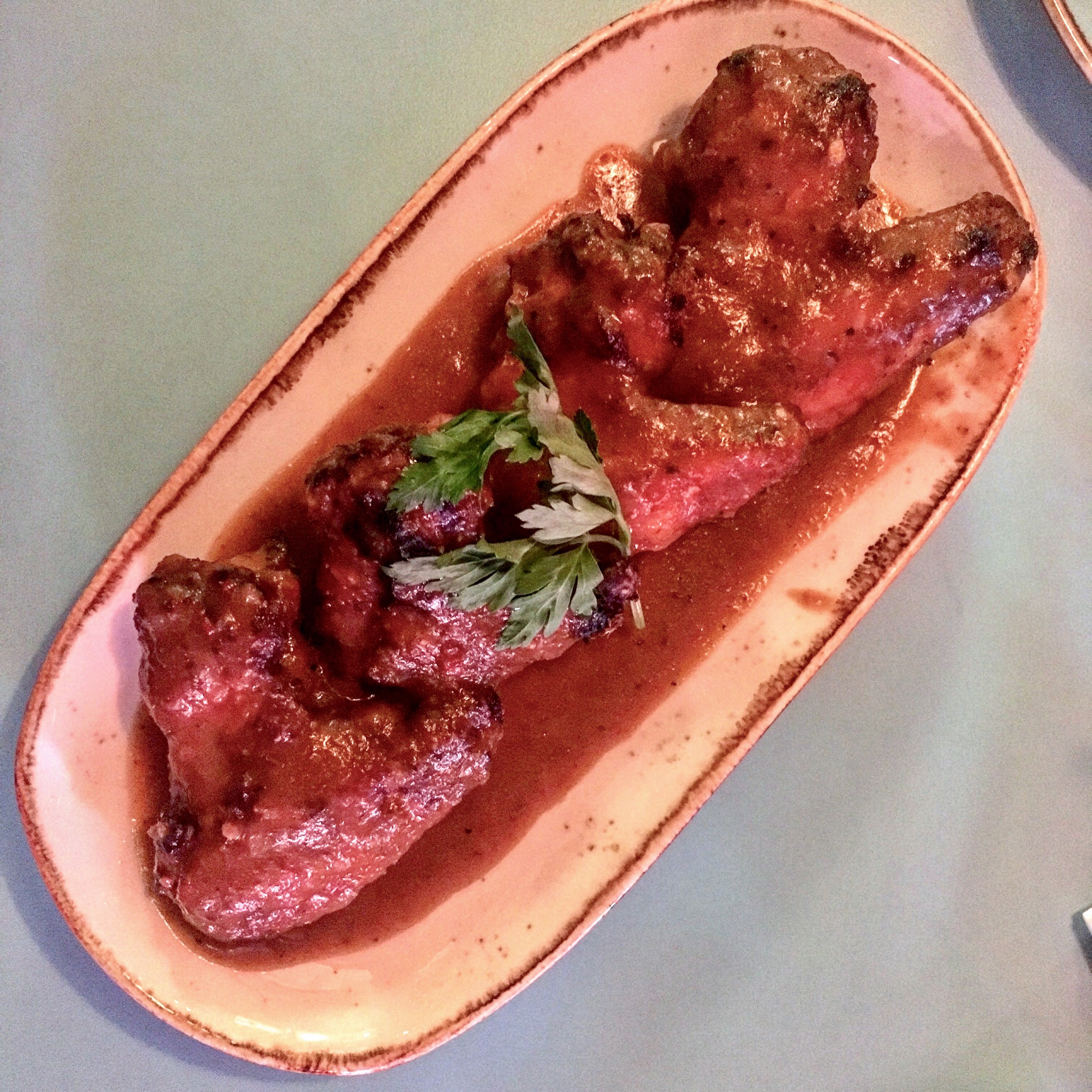 The wings were meaty and dripping in a gloriously thick spicy marinade. With four large wings to tackle this was a more than adequate starter for one person, and I enjoyed the tangy hot sauce.

Good quality and juicy, the wings had different levels of heat and flavour, and offered plenty of meat to pull from the bone; I would order them again. Other starters chosen by my dining partners included Gambas (£7.25) and Crispy Fried Calamari (£6.25).

On to the main dishes and I was delighted with my choice of king prawns, which came served on a bed of sliced red and green peppers and onions sizzling on a hot skillet. Succulent and plentiful, the prawns were everything I hoped, and the spice mix used in the dish was flavourful without being overpowering.

Four soft, warm flour tortillas were served up to wrap the fajita mix, and mini bowls of the extras you’d expect (including guacamole, jalapeños, sour cream, salsa and cheese) arrived to turn the flavour level up. 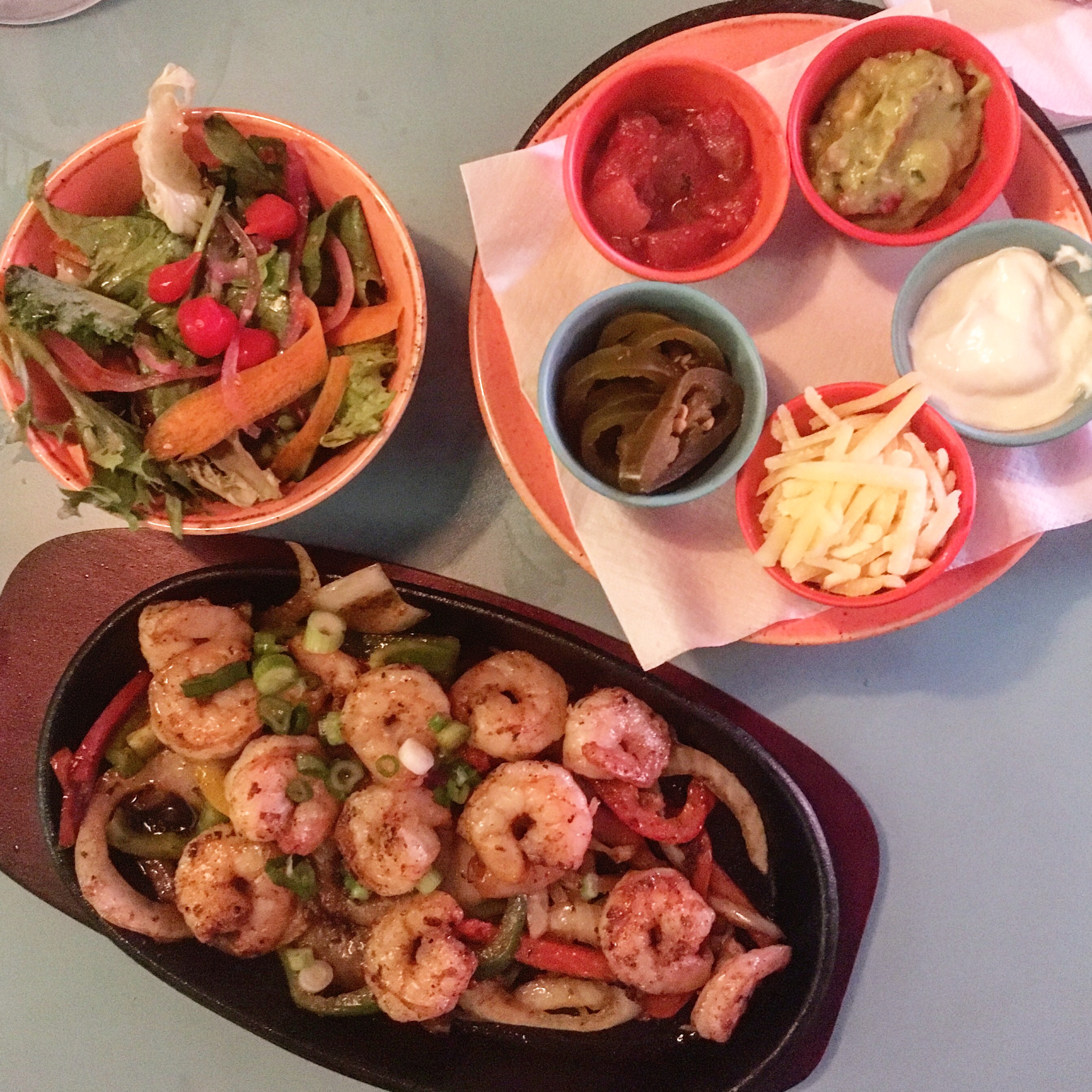 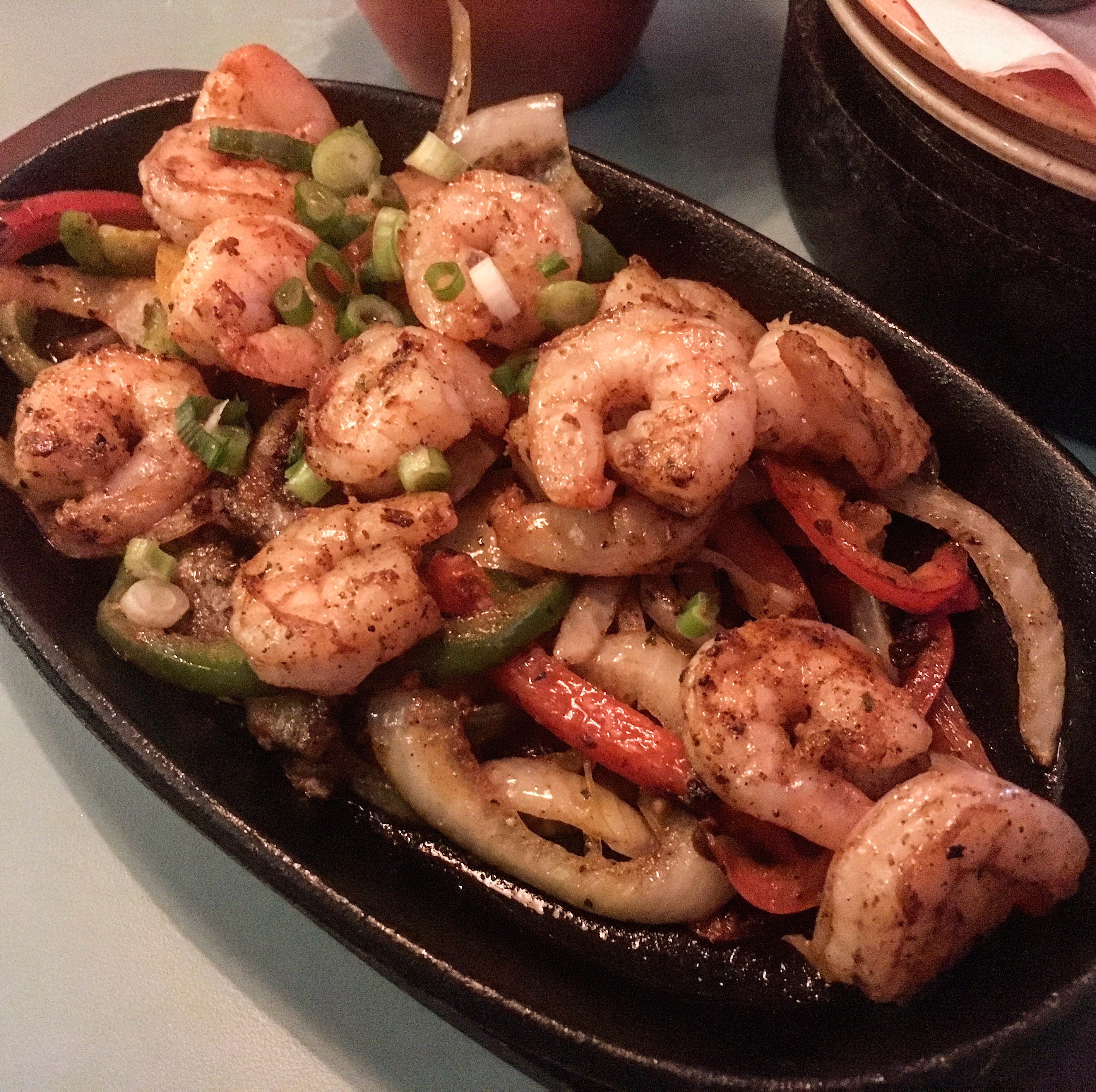 The dish isn’t one of the cheapest options on the menu but the prawns were very tasty. Other mains ordered included Sea Bass A Lo Macho (£14.95) and Sirloin Steak (£18.95).

As well as dinner 241 cocktails (£8.75) were flowing. I enjoyed the Vanilla Mai Tai which combined Havana Club Rum and Absolute Vanilla Vodka. The Ginger and Tequilla Smash was also vibrant and refreshing. 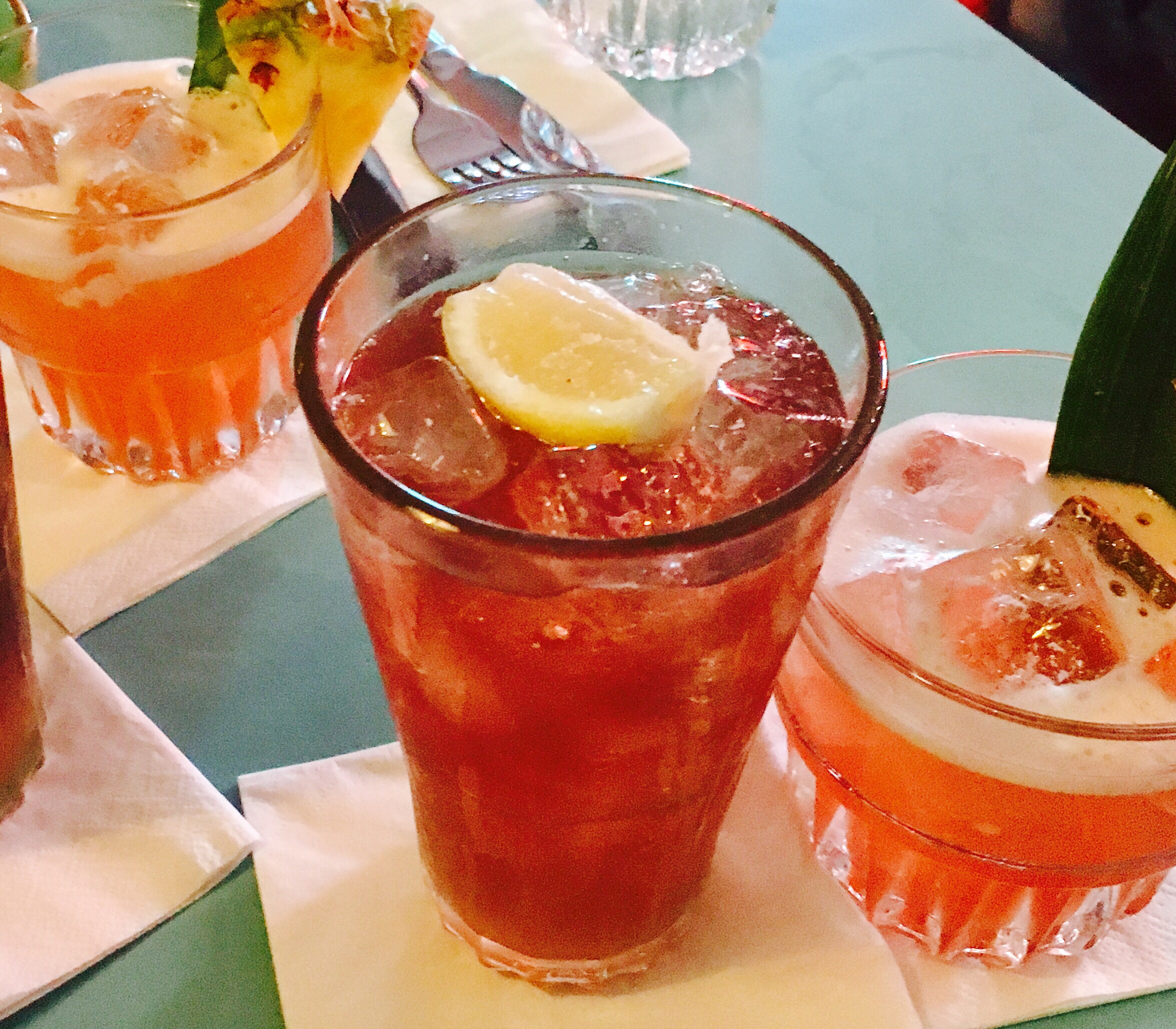 The Watermelon Margarita – which I was most excited about – looked impressive but lacked the tequila punch I hoped for; the fruit flavour was lovely but just didn’t quite satisfy overall unfortunately. 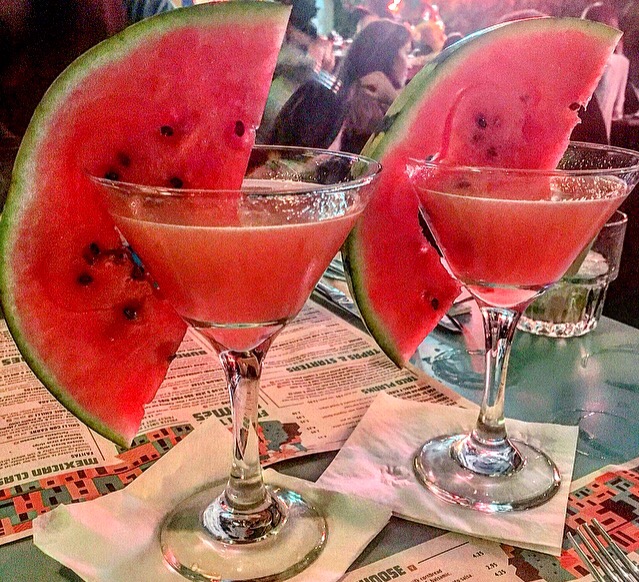 In terms of desserts the options are slightly more limited than the main menu, and most seem to involve dulce de leche. Bad news for your waistline, great news for your mouth. On this occasion though I skipped pud in favour of another cocktail, because.. well, Wednesday. Ahem.

Lovely staff, a fun environment with a party atmosphere, and much better food than I expected. The chicken wings were an unexpected highlight. I enjoyed my visit to the new Las Iguanas and will certainly be back for the 241 cocktails and Tapas style dishes, which can be enjoyed in the bar area at the front of the venue if you don’t fancy a full meal.

Have you visited this Las Iguanas in Birmingham? Do you rate the food? Let me know in the comments.

Disclosure: I was invited to dine as a guest of East Village PR, and therefore food and drink were complimentary. I wasn’t obliged to write a review and all photos and opinions and remain my own

2 thoughts on “A taste of Latin America @ Las Iguanas”