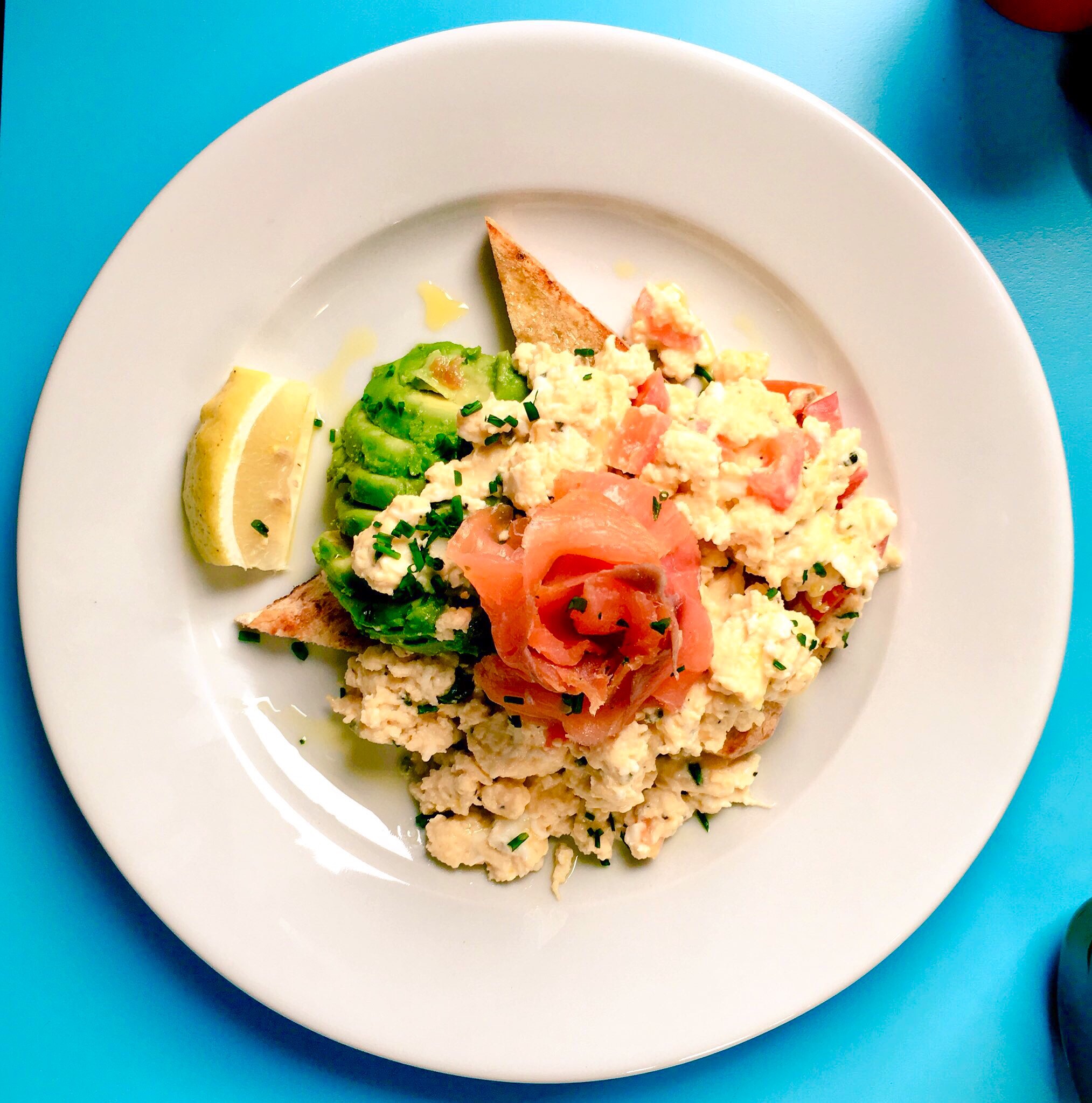 A new cafe has opened in Edgbaston as part of the popular Boston Tea Party chain; the 20th UK opening for the group.

If you’re unfamiliar with BTP, the chain is famed for hearty brunches and a relaxed, cool environment. You’ll always find people having laid back meetings or tapping away at laptops with a frothy coffee on the go, and the staff are typically very friendly and helpful. There’s options for veggies and vegans too, making the cafes consistently busy and accessible.

The new location – the third opening in Birmingham – is situated in leafy Edgbaston, just off Five Ways roundabout, on Harborne Road. A former bank, this BTP apparently boasts the city’s highest cafe ceiling (in your face, Starbucks) and is visually very striking.

The spiral staircase is an eye catching part of the structure and the venue is one of the bigger cafes under this umbrella. The serving bar is at the front of the main entrance doors, with the kitchen behind that, and various spaces are available for guests to eat, drink and socialise in, including a family area and a quiet room for people who want some peace.

All of the five colourful indoor seating areas are named and themed slightly differently; my personal favourite is the bright yet tranquil Coach House area (the turquoise room next to the staircase in first pics) which has beautiful exposed brickwork and looks out onto the outside seating area. Speaking of which, that area outside can seat 64, making the grand total of covers 180.. not your average cafe that, is it?

It’s a more modern vibe for the cafe chain, which has previously been all for shabby chic. This new opening marks an upgrade aesthetically, and I wouldn’t be at all surprised if the city centre branch got a makeover reflecting this new style soon enough. It is much bigger and nicer than the other two Brum branches: fact.

The food and drink

The menu reads identically to the others, no surprises there. Being a creature of habit (and because I know it’s a trademark dish for BTP) I ordered the Scrambled Eggs with Smoked Salmon and Avocado (£8.15), and The Green One (£3.35) smoothie. I hoped for a coconut cappuccino, actually, but alas they don’t offer that milk; hopefully that can change.

Hoping for the same gigantic portions that make me wistfully think of its sister venue off Colmore Row, I took my seat and waited for my protein-packed delivery. My raw smoothie arrived within minutes and looked virtuous enough. The mug full of goodness (spinach, cucumber, banana, chia seeds, lime and apple) tasted fresh and was clearly made to order. I liked that it was heavy on the greens rather than the fruit.

My food arrived about 20 minutes after my drink and looked just as I had hoped; two slices of thick sourdough toast piled high with creamy scrambled eggs, delicate slices of smoked salmon and slivers of soft, ripe avocado.

I ordered this partly to provide an objective opinion – as I have eaten it in many BTPs – and partly because it’s always a massive plate of food. (What wedding diet..?) Thankfully the food didn’t disappoint once I tucked in, and I enjoyed my brunch immensely.

The presentation was much better than that of the other two cafes in Brum (hopefully not just a launch perk) and the additional olive oil over the avo was delicious. Be aware BTP tend to add small chunks of raw tomato to their scrambled eggs, so if you’re not in favour of that speak up at the counter.

There was also a selection of cakes, flapjacks and enormous scones at the counter, although the selection was noticeably smaller to that at BTP in the city centre; no Berry Scrumble, boo. Still, I personally don’t really come for cake I come for brunches that leave me full for hours, and this new cafe certainly delivered.

It’s a light, airy place to bring your laptop to work too; I can’t wait to come back.

Disclosure: I paid and all chat is mine