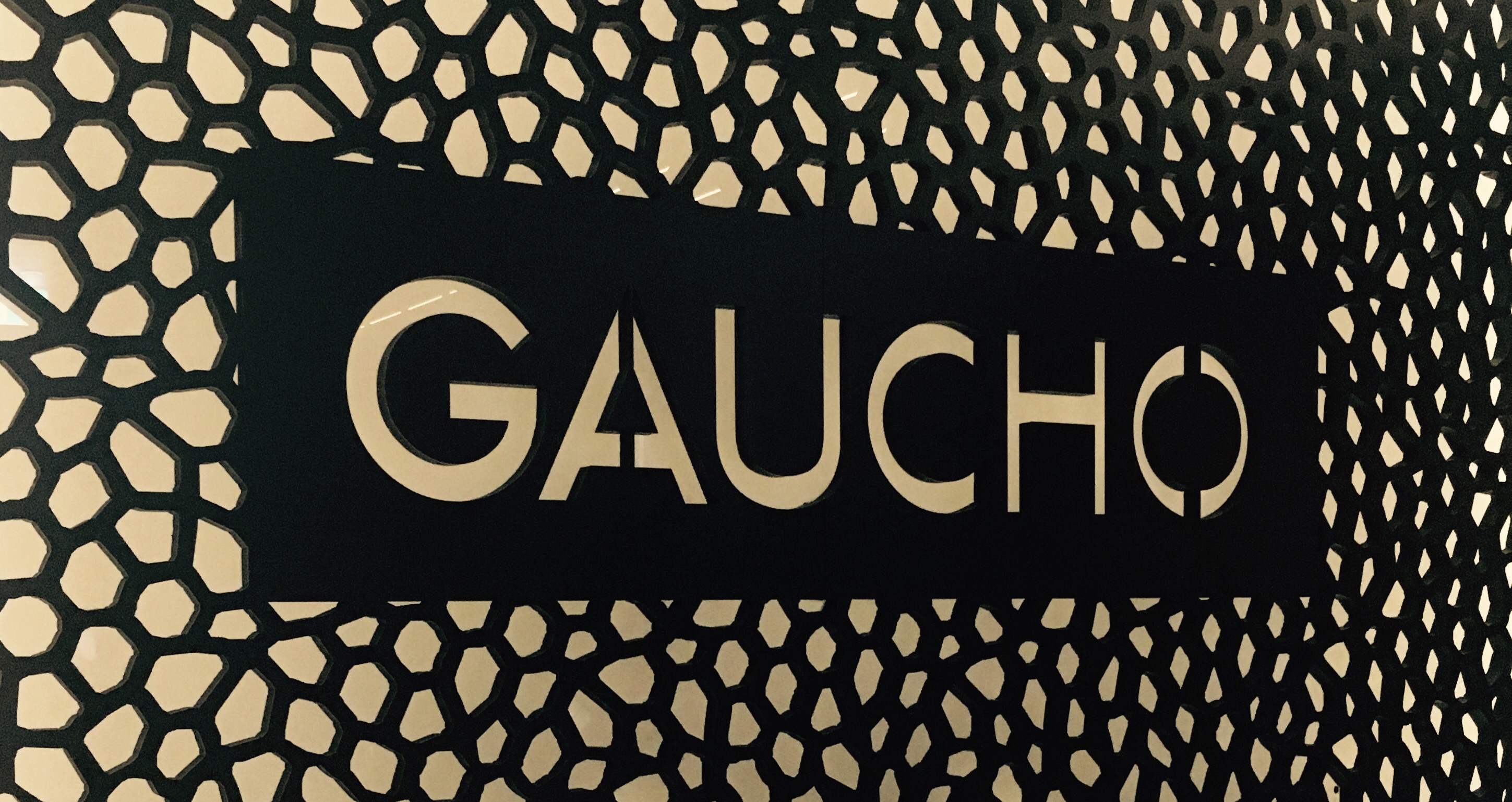 Gaucho Birmingham is lovely, I can tell you.

There are very few things in life I love more than steak and red wine (sorry Ian) so I was beyond excited to be invited to attend the Beef and Malbec Masterclass at Gaucho Birmingham this week.

An exclusive event for press and foodie bloggers, the intimate evening presented a wonderful opportunity to meet Gaucho’s Master Griller and Director of Wines, who traveled up to Birmingham specifically for the evening.

As if that weren’t exciting enough, we were invited to learn about the history behind the ever-expanding brand (and the Argentine cuisine) and try some of the best cuts of beef in the new private dining room – what a treat that was!

My first visit to Birmingham’s Gaucho, I was immediately blown away by how beautiful the restaurant is. I visited one of the London spots several years ago when entertaining clients (with my day job) and was just as impressed on entering the Brum branch as I was back in the Big Smoke. It looks and feels grand, with decor unlike anything else you’ll find in Brum centre, as far as I’m aware.

Gaucho is the latest opening in the business district and is part of the 55 Colmore Row building. Offering sophisticated and contemporary dining, the restaurant itself is decadent and inviting. The first new restaurant in 7 years to be opened by the chain, it’s quickly making a name for itself as one of the hottest places in the city to have dinner – and for good reason.

The private dining space is set at the back of the restaurant and was a delightful setting for the masterclass, with wine bottles adorning the walls and beautiful lights above the table.

Upon being seated, a wine menu and 5 different glasses of Malbec were waiting for us, to be enjoyed throughout the evening as the masterclass played out. Our hosts were Master Griller Fernando Larroude and Director of Wines Phil Crozier, who collectively hoped the gathering would showcase the unique relationship between good beef and wine.

Fernando took the floor first, talking us through the origins of Gaucho beef and the various cuts available at the restaurant. Mixing his expert knowledge with humour, I was transfixed by the background story of the meat we would be eating, especially finding the difference between wet and dry ageing interesting.

As the beef cuts were unveiled – a hidden centre piece in the middle of the table – Fernando used a member of the Gaucho team (who was a very good sport) to explain/show where each cut is found on the cow, and why it has the flavour and texture it does. Learning that ‘lazy’ cuts of the animal, like the fillet, are more tender (and of course that fat equals flavour) it was wonderful to discover more about the steak I know and love, as well as cuts I’d previously never considered trying such as flank (more on this later)

Once the explanation was complete, Fernando picked up his tools – two very sharp knives – and set about preparing the various cuts of beef. Showing us how to expertly remove unwanted fat and trimming the meat carefully, I was amazed to see how a good piece of rump can look almost identical to fillet when prepared correctly.

Having seen the preparation of the two cuts, I was a little apprehensive about then trying the meat in its raw form but I was taken aback by how tender and tasty the samples were. The drizzle of chimichurri really helped bring the spirit of Argentina to the plate too. I also couldn’t believe that the rump could be as tender as the fillet, providing good quality meat (and expert prep) is used.

For the next section of the evening the wine was introduced, and we were given 3 pieces of beef to try. Trying bite size pieces of the picanha, skirt and flank cuts, I was amazed how juicy and flavoursome the skirt and flank were. I’d never considered ordering flank in a restaurant before – and as Fernando told me it’s often not on the menu in most places – but on my return visit to Gaucho it’ll be top of my list, that’s for sure. Absolutely delicious, with an incredible texture more akin to fillet than I had imagined. Wonderful! 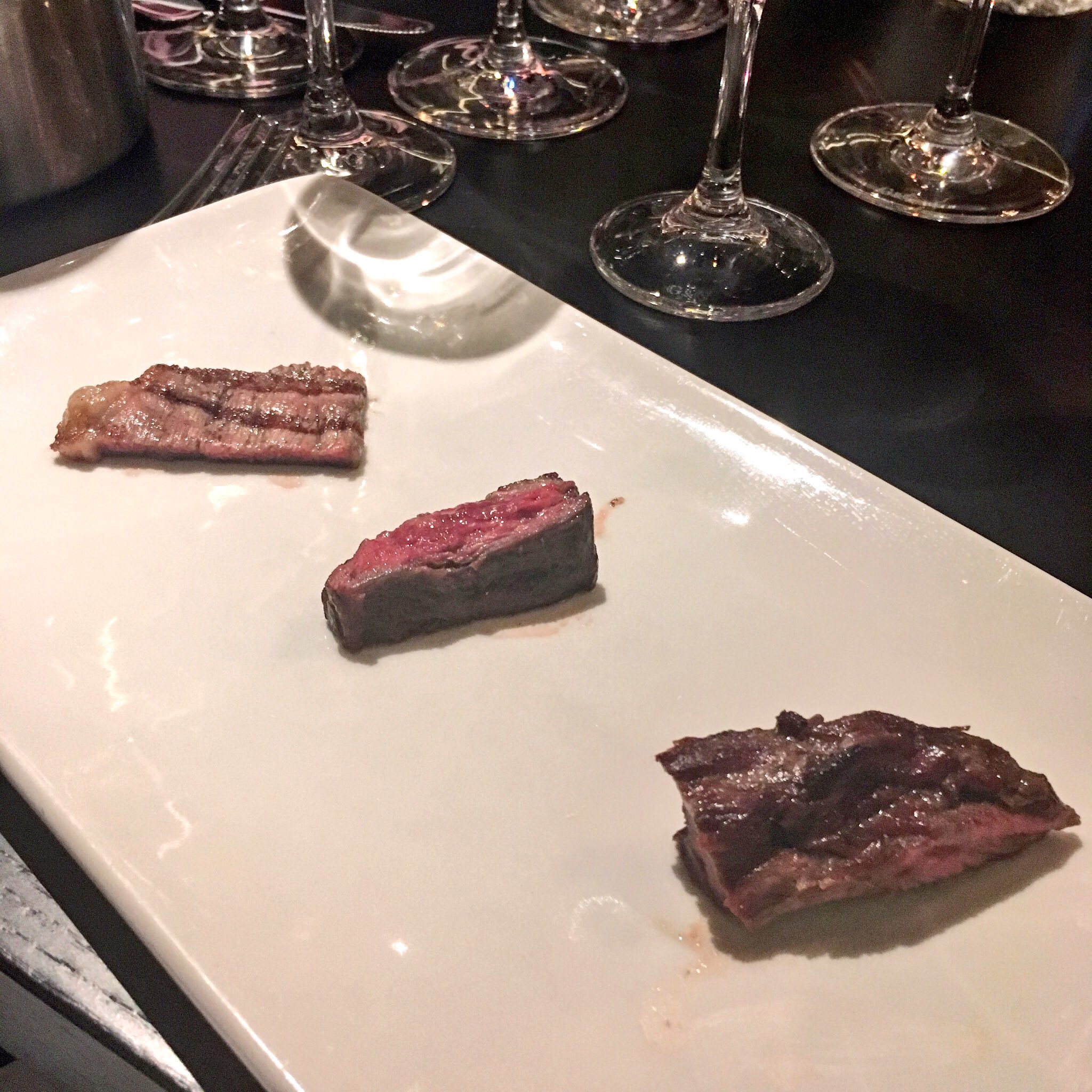 Next up, Director of Wines Phil Crozier took the helm and navigated us through the extensive wine list Gaucho offers, focusing specifically on the Malbec options available. Explaining why Argentina is the ideal place to make this rich red wine – I didn’t know it was the 5th biggest wine producer in the world! – I specifically enjoyed hearing about how the vinyards are strategically watered and how the grapes are cultivated and used in the wine making process.

With the vines dating back hundreds of years, it no surprise the http://www.abiquadogs.com/wp/?page_id=4 Malbec on offer at the restaurant (some are nearly £100) isn’t the cheapest, but you’re sure getting some history and love in a glass. 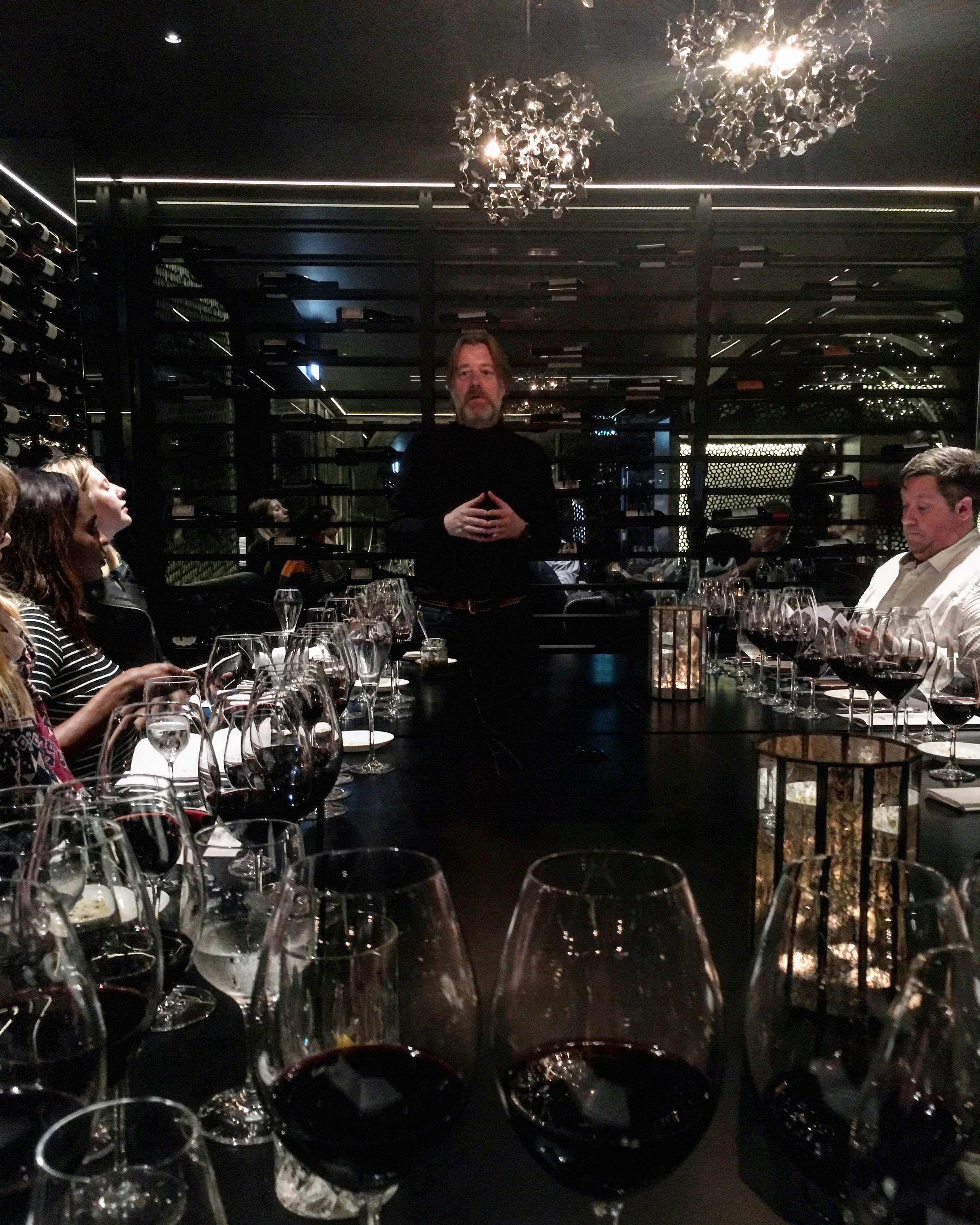 As the previously prepared cuts of beef returned to the private dining room, having been lovingly cooked by Fernando, we were invited to try each piece with Malbec designed to complement the richness or fattyness of the beef.

My second surprise of the evening came when I tried the rump steak – it was insanely good. I never order rump steak when I am out in restaurants because I have a preconceived notion that it will be a little tough or overly chewy; this could not be further from the truth with the piece of beef I tried last night. The Aniello wine that accompanied it was also my favourite of the evening, offering a lighter and more delicate flavour. And Phil is absolutely right – it is perfect with the rump.

That man knows his Malbec

Each of the pieces we got to sample had a delicious savoury flavour to the crust, and were moist and delicate and texture. Even the complimentary sides – including creamed corn and heritage tomato salad – were flavoursome, and a nice selection of sides to accompany the fantastic selection of beef we were lucky enough to try. 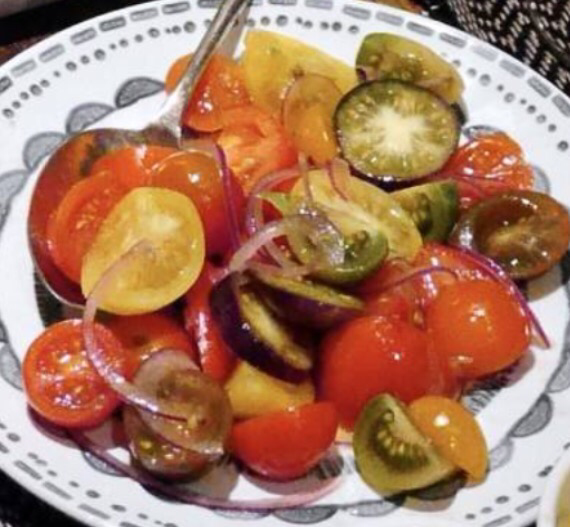 Fernando and Phil provided a unique insight into the Gaucho philosophy, and it was a treat to hear them passionately talk about their true loves: good beef and good wine.

A truly insightful and inspiring evening in a luxury setting; I can’t wait to go back. I’m planning on a return visit to try the Gaucho Electro Brunch (£45.00) at some point – which is two hours of funky tunes, food and fizz on a Saturday – so keep your eyes peeled for that!

Are you a fan of Gaucho Birmingham? Let me know in the comments.

Disclaimer: I was invited to this evening by the fab folk at Rewired PR as part of a press/blogger event, therefore the food and drink was complimentary. However views and opinions in this review are all mine