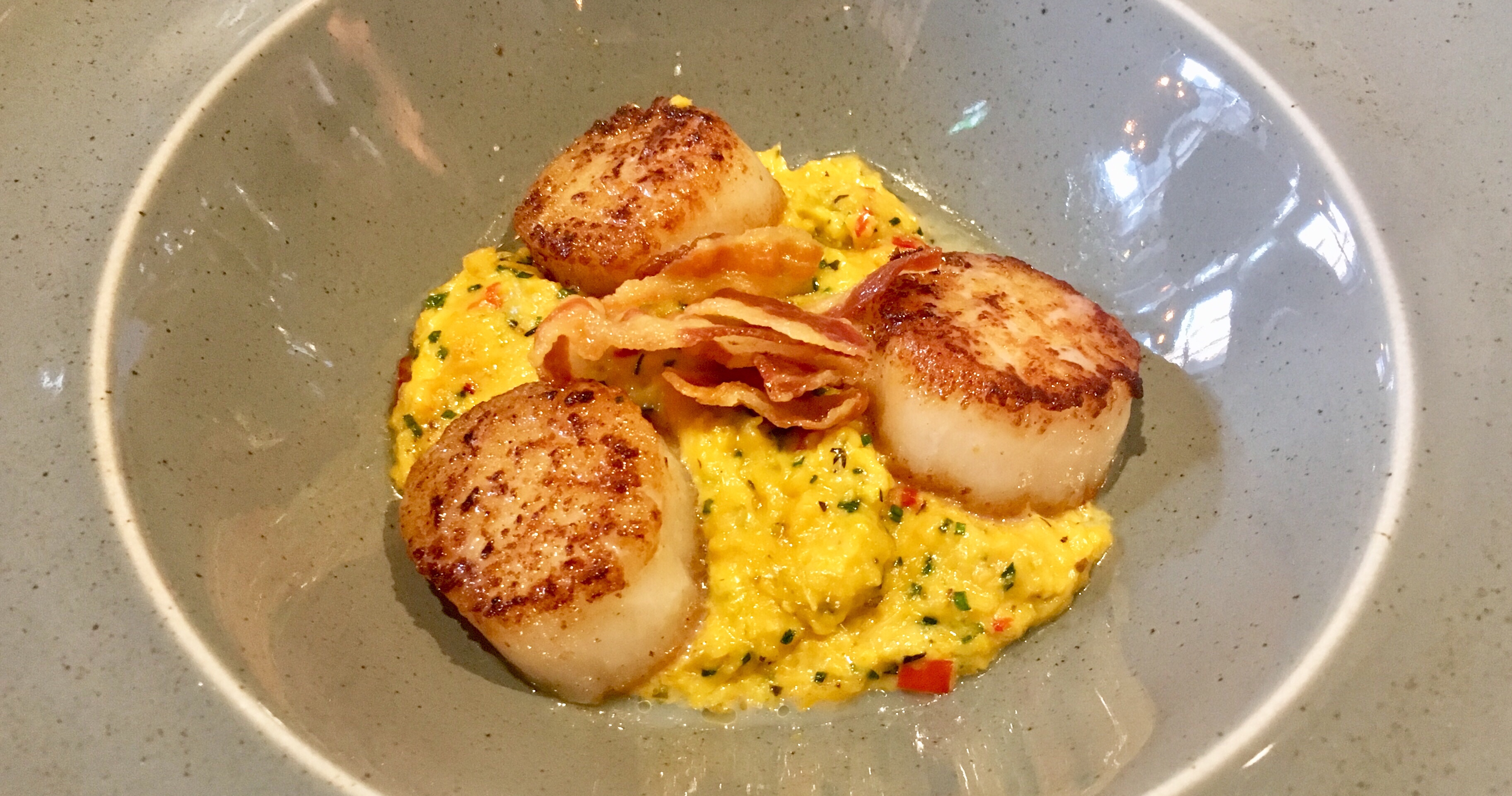 My first visit to Jailbird came after a stressful day at work thanks to Love Island (don’t ask) and a near death experience with a motorbike (again, don’t ask), so by the time I arrived at the restaurant I was ready for a drink or five.

In the space once occupied by the now defunct Nosh and Quaff, this new addition to Colmore Row promised seafood and steak with a New York twist. Still split over three floors, the Jailbird renovation has seen a bigger and better placed bar fill the lower floor, with a much more stylish and chic restaurant upstairs. It’s slick but tasteful, and thankfully a brighter and less crowded space to dine in. The toilets are still about ten metres underground via a lift and tunnel that’s like something from a Vincent Price movie, but you can’t have everything. 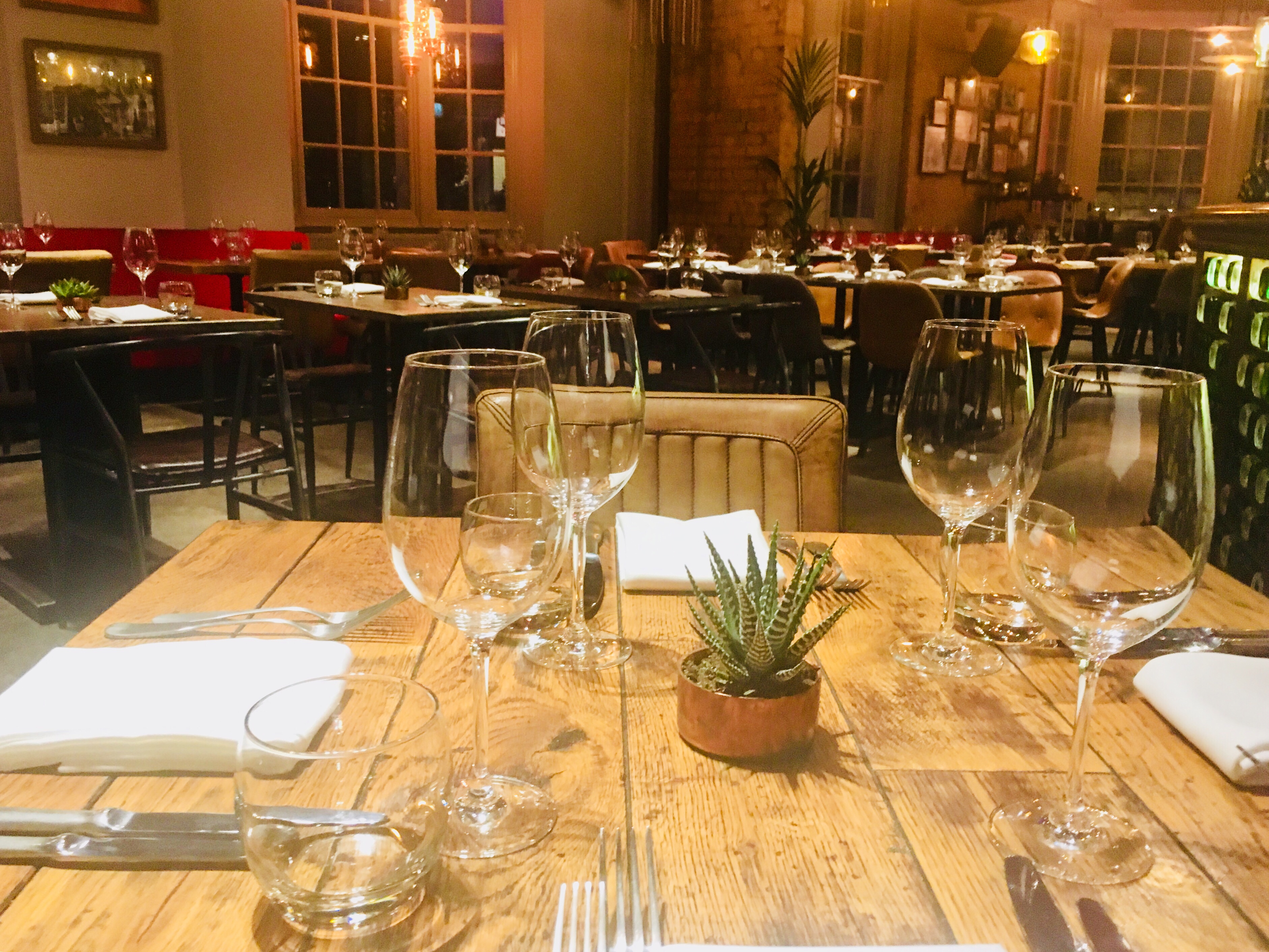 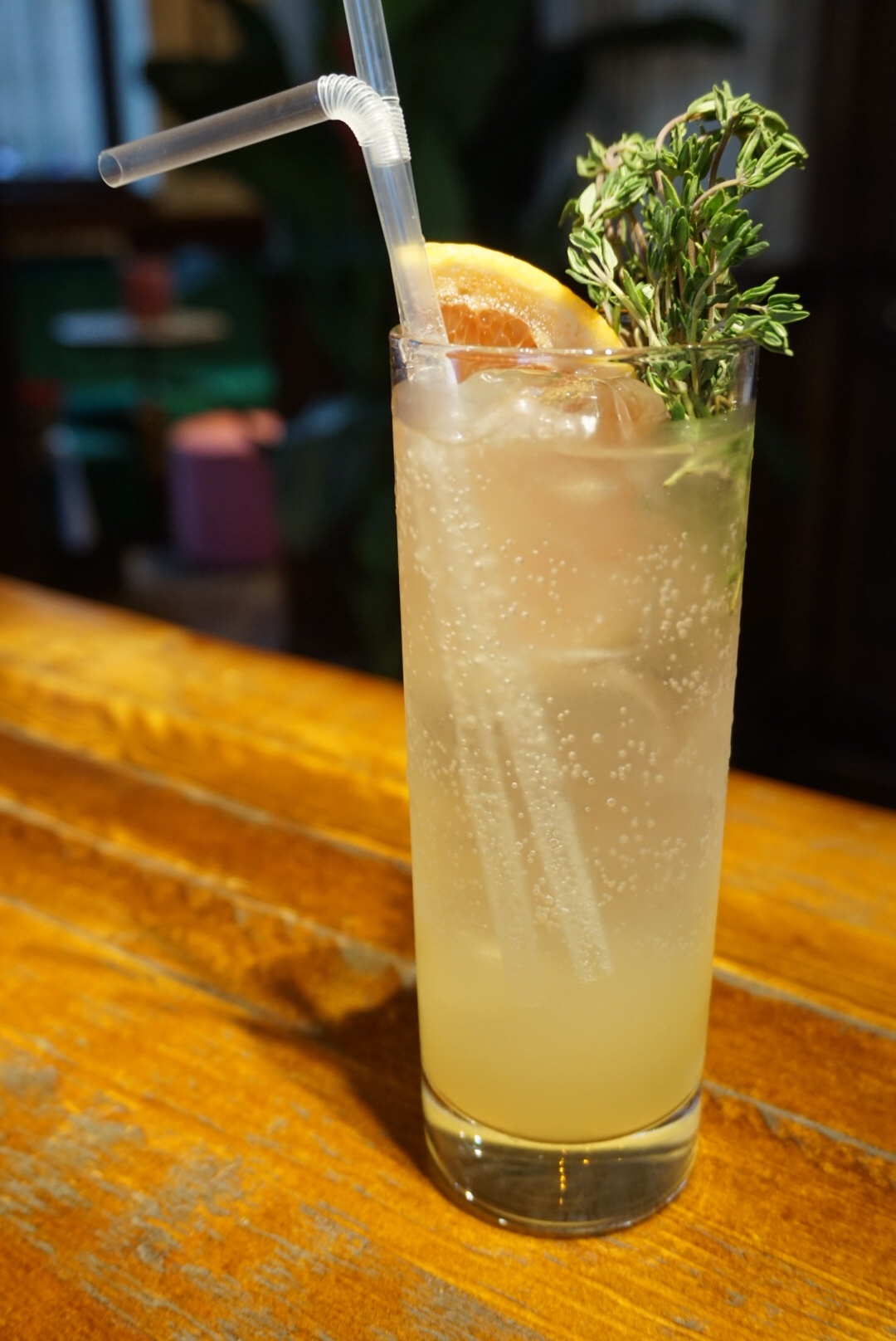 Along with a herby Jail Thyme (£9) cocktail I opted for a light starter of Scallops and Bacon (£9.90). The three large scallops were beautifully seared, tender and sweet. The sunshine yellow bed of mildly spiced creamed corn puree was a silky dream, creating a swish comfort food dish overall. Another piece of crispy bacon would’ve perhaps been welcome, although it’s undoubtedly a generous starter. The Black Risotto with King Prawns (£8.95) also delivered to the table smelt wonderful and may be my choice next time. 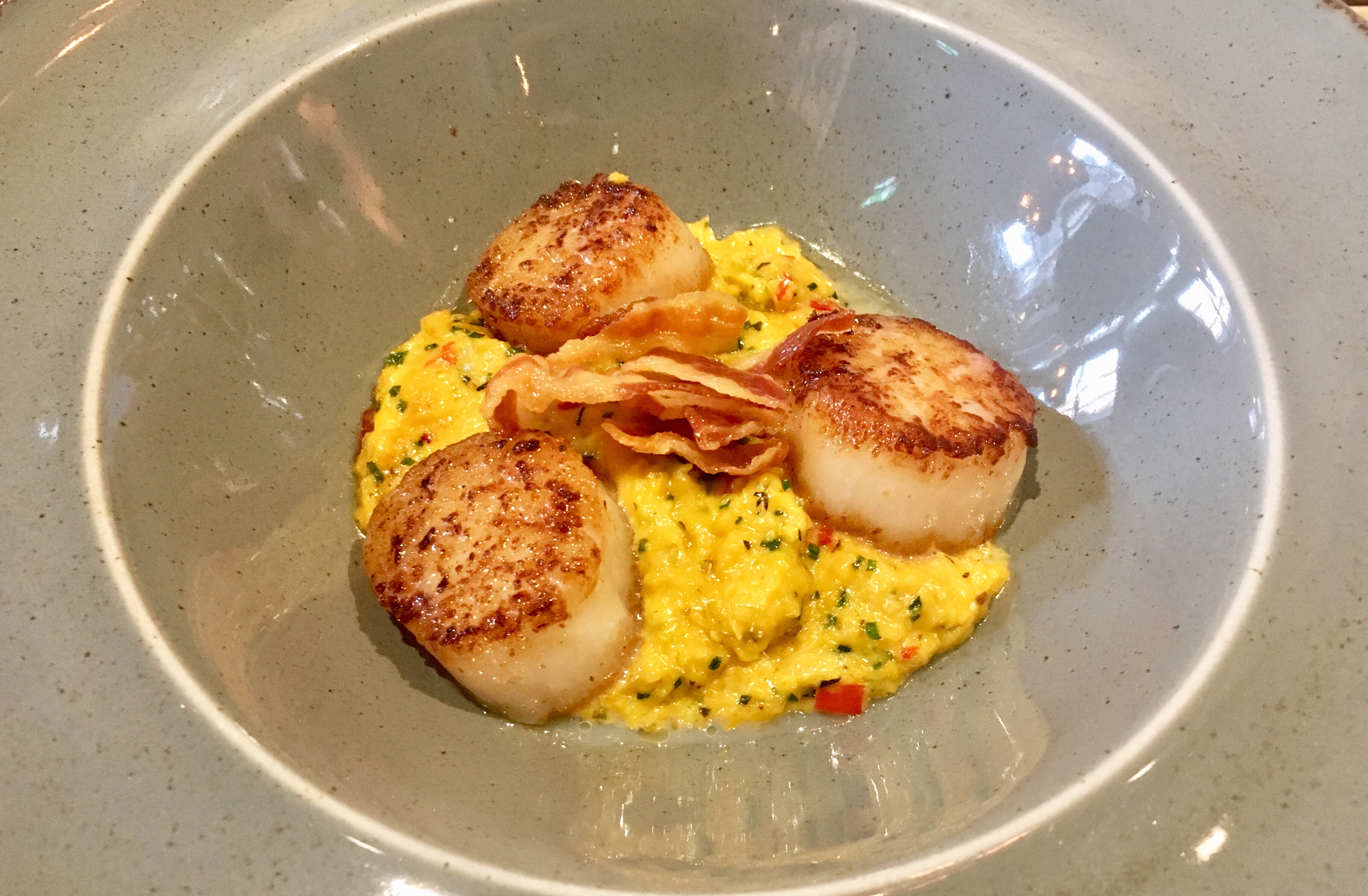 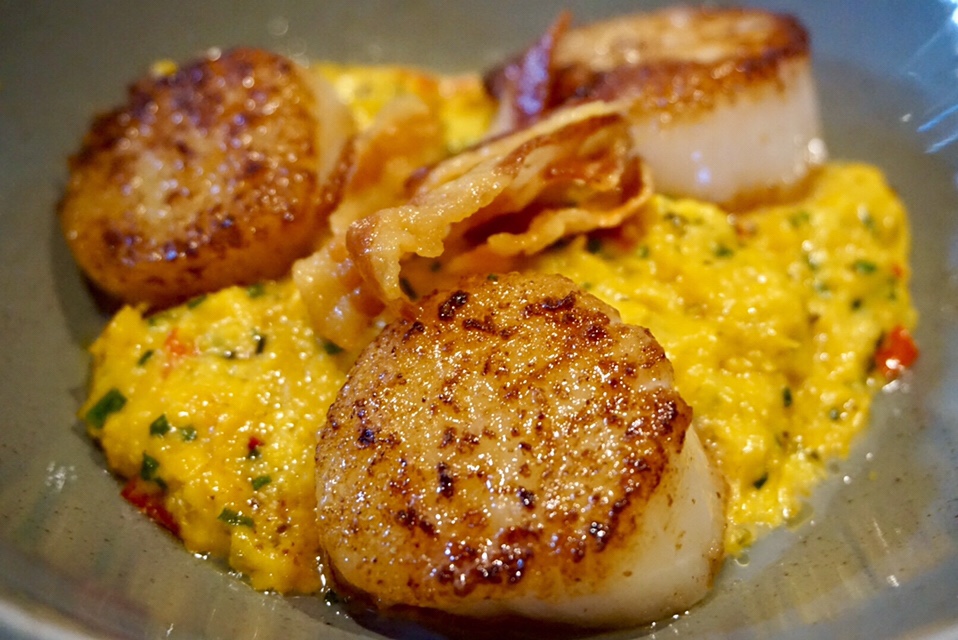 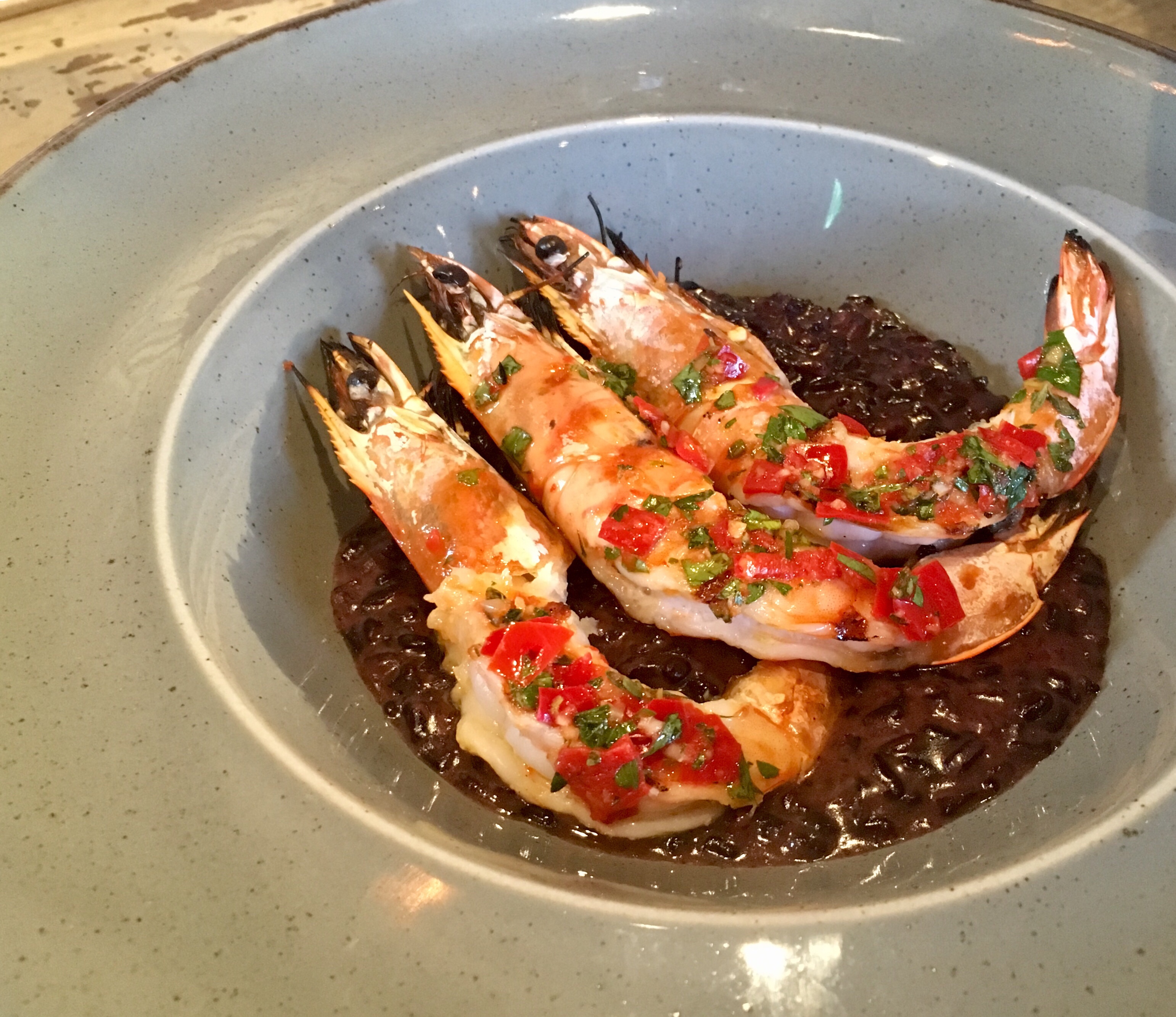 Onto mains (via a smashing bottle of Tilia Bondara; an Argentinian red with a punch of black cherries and plums) and my Surf and Turf (£35) was a colourful sight. As suggested the 6oz spider steak was served medium rare, a nice char on the outside and plenty of meat juices to mop up with the chips. Truth be told I wasn’t as enamoured by the chips as I was the smashed baked potato side dish that came with a healthy dollop of sour cream; if you like carbs that’s worth ordering that instead in my book. The half grilled lobster flesh was meaty and sweet, with a herby coarse gremolata topping providing some freshness and texture. Dessert was totally unnecessary, in hindsight, but the Chocolate Tart (£6.75) was pleasant and lighter than some of the other weighty puddings. 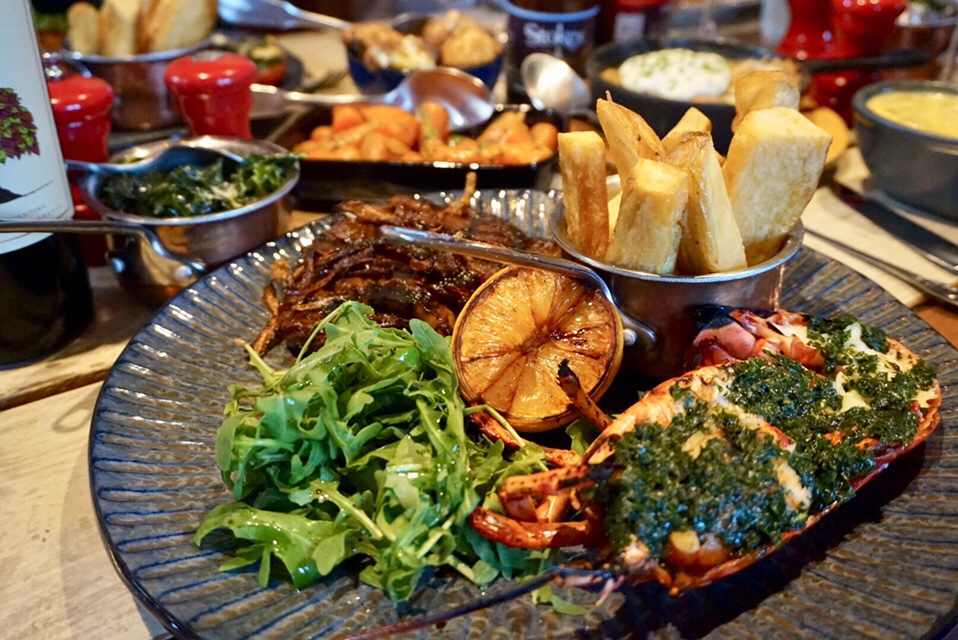 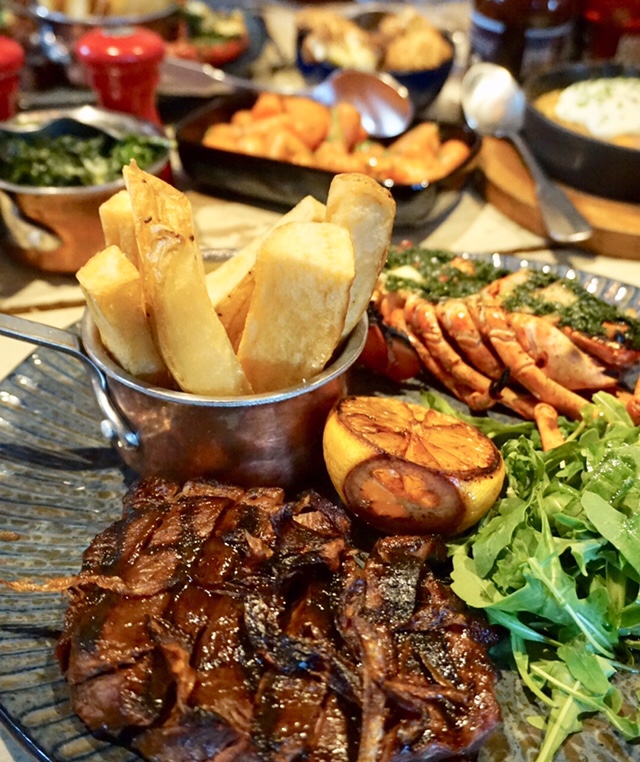 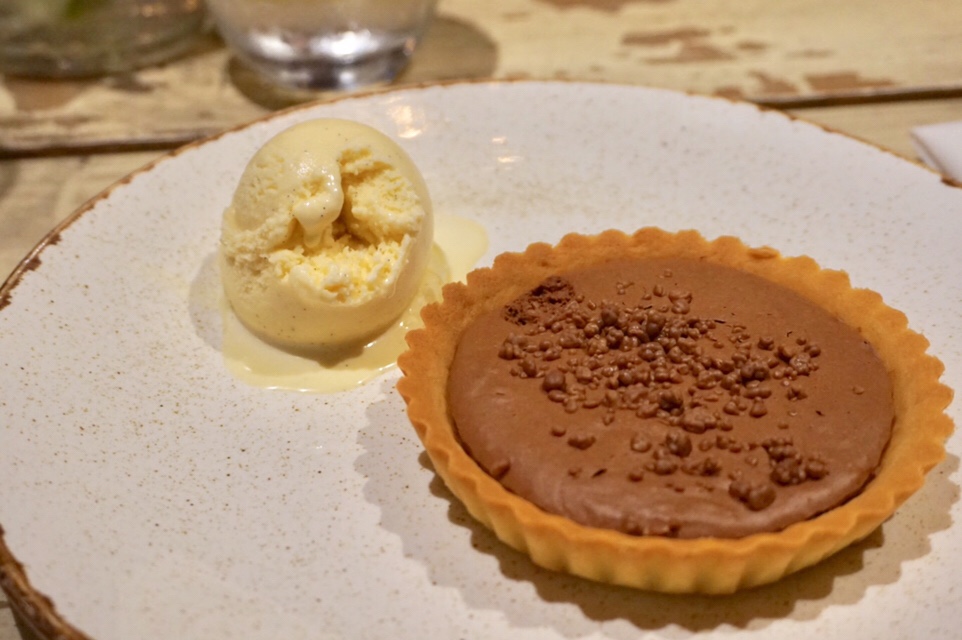 I was excited to try the food here after hearing how big the portions are. Some people will moan about anything, but before my mid week visit I was personally quite excited by the prospect of eating a whole cow. Having said that, the pricing does reflect the portions, so whilst the food is undeniably lovely I can’t help but feel the place is out-pricing itself on certain dishes. I’ve never seen someone take a £40 steak home in a tin foil lunchbox before, so perhaps it’s worth considering shrinking the portions and the price tag to attract regular customers. Based on how the restaurant is selling itself I was also expecting more seafood on the menu, such as oysters or clams maybe. Whilst there’s a lot to satisfy the meat-eaters the seafood element is under catered and a bit of a missed USP opportunity, in my opinion.

Jailbird is part of the Lasan group, so I was expecting good things from both the food and the service – it didn’t disappoint. Our waitress was engaging and clued up on both the dishes and wine available, making the meal enjoyable from the minute we sat in our leather booth. At the moment this place is likely to be more of a treat place rather than your new regular go-to but there’s some good cooking happening here and a concept that’s better than what it’s replaced. If you’d like to try Jailbird (but don’t fancy hammering your credit card) there’s an excellent £13 lunch deal available that offers remarkable value on some dishes, including the flat iron chicken that I’ve been back to try since my first visit.

Disclosure: I was a guest of Paul Fulford and was asked to provide an honest account of my experience dining at Jailbird. All opinions, words and photos are my own, and I was not asked to write a positive review.

Did a big walk. Had a big @Arch13Bar wine. Balance.

Dripping sweat on me tapestry here like Anne Boleyn waiting for her nut to be chopped off.

To the girl who I didn’t realise was walking behind me for the last 3 minutes as I belted out En Vogue’s Don’t Let Go - I’m sorry..