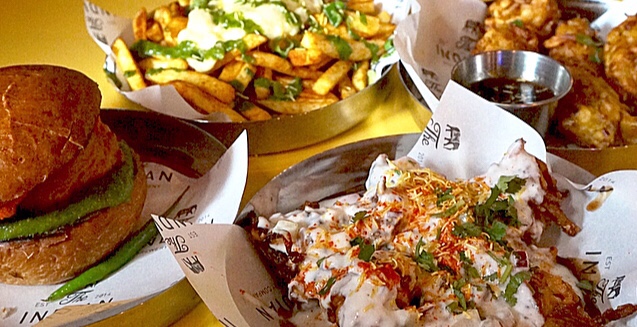 I can’t remember how long I’ve actually been waiting to try the food at Indian Brewery, but suffice to say it’s been a ruddy long time.

It’s not that I haven’t wanted to (Indian Brewery has already gained a solid reputation for its tasty grub) but everyone’s banged on about it so much I was sort of putting it off until the fuss died down. That’s hurt no one but myself, really, and I can openly admit now I’m a moron. Which of course you all know already anyway. 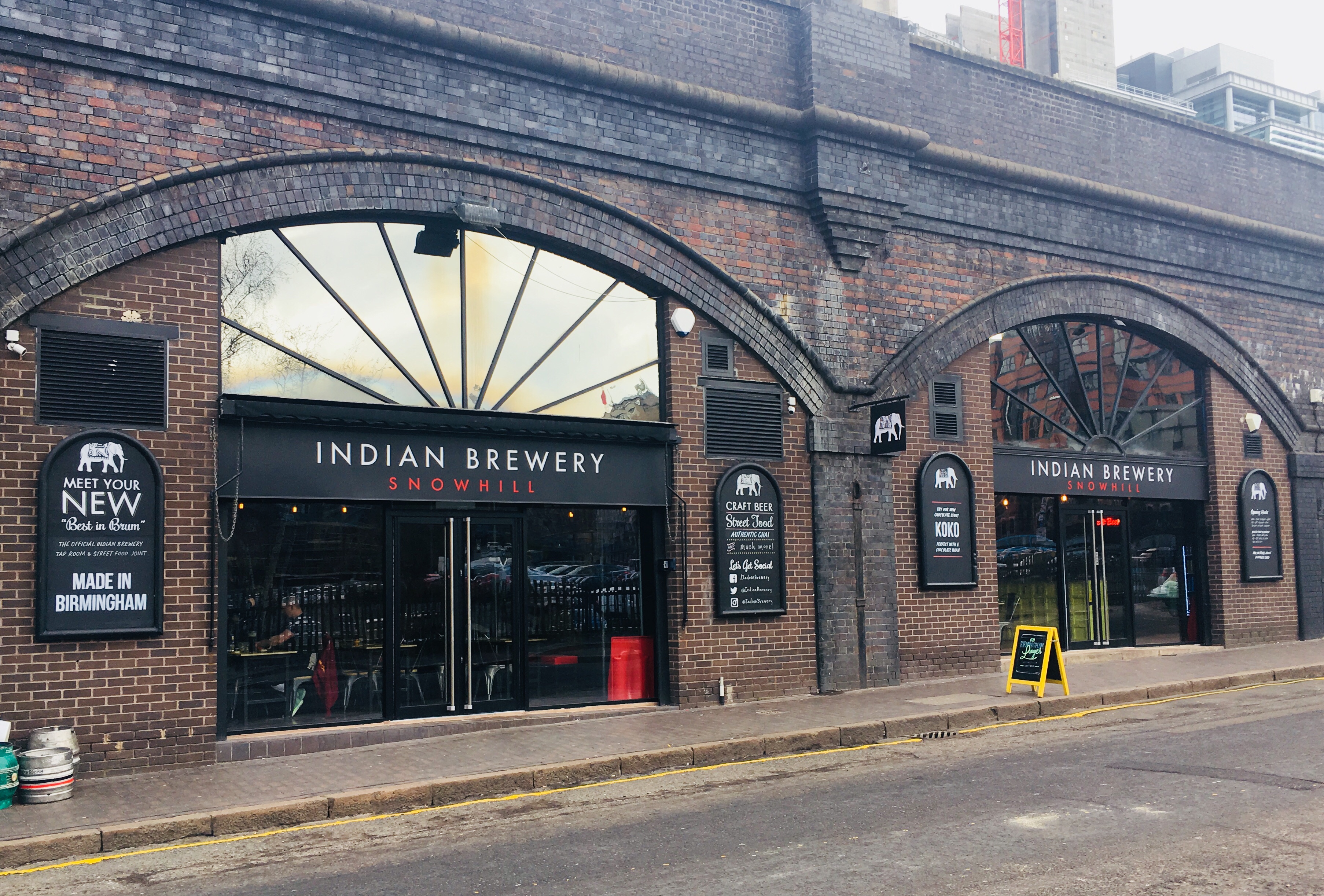 My first visit (I don’t count the one pint I had in there shitfaced 6 months ago) to Indian Brewery came after its expansion. Having taken over the neighbouring railway arch the colourful venue has now doubled in size and looks the business. It’s also just 10 seconds walk from the back exit of Snow Hill station – handy. 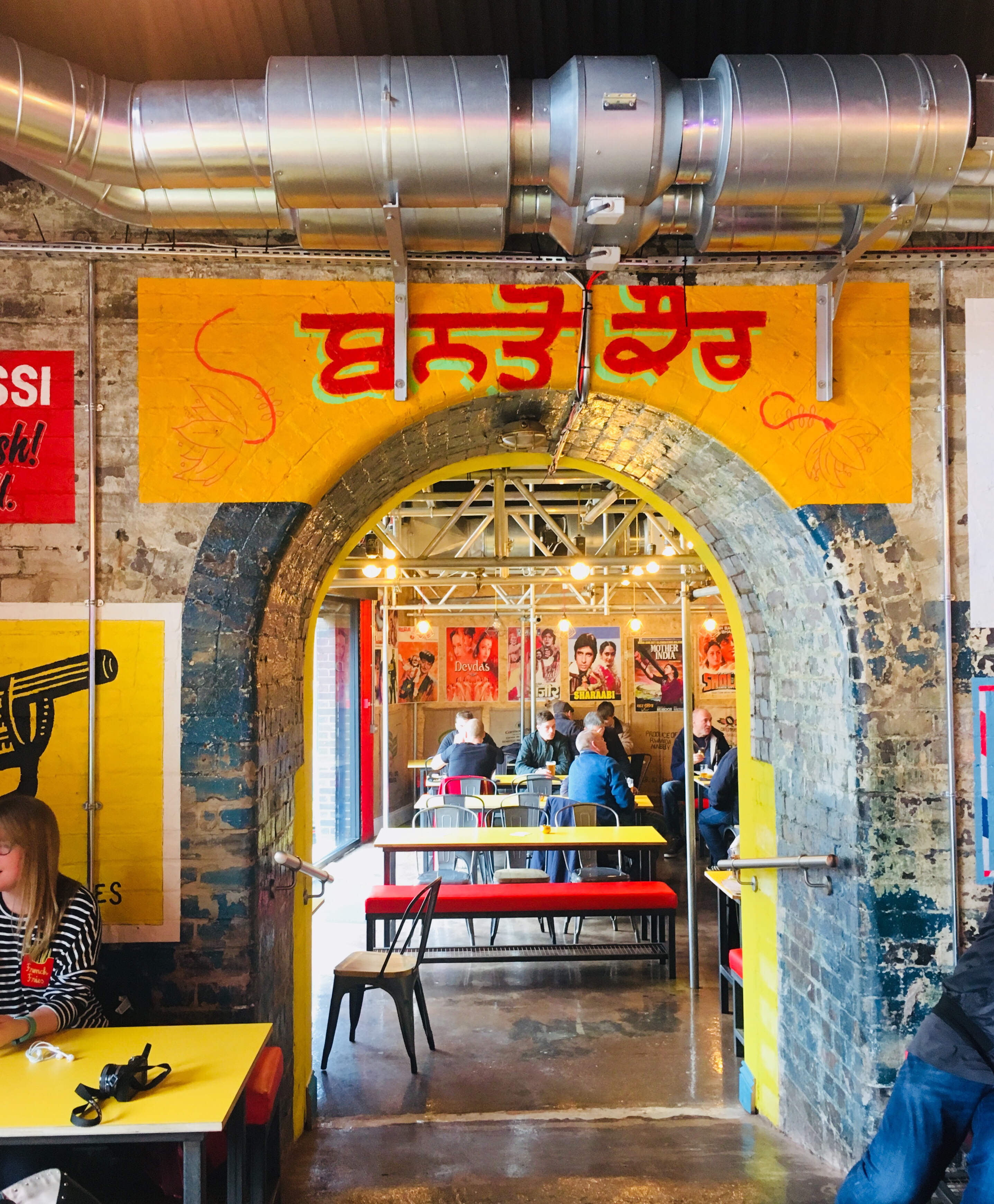 Exposed brick work and pipes say Peaky Blinders; the Indian film posters on the walls say Bollywood. Either way, it’s an inviting use of space and there’s plenty of tables and benches away from the bar area. The kitchen is on show too, allowing you a glimpse of the authentic methods the team are using to make sure your food is top notch. 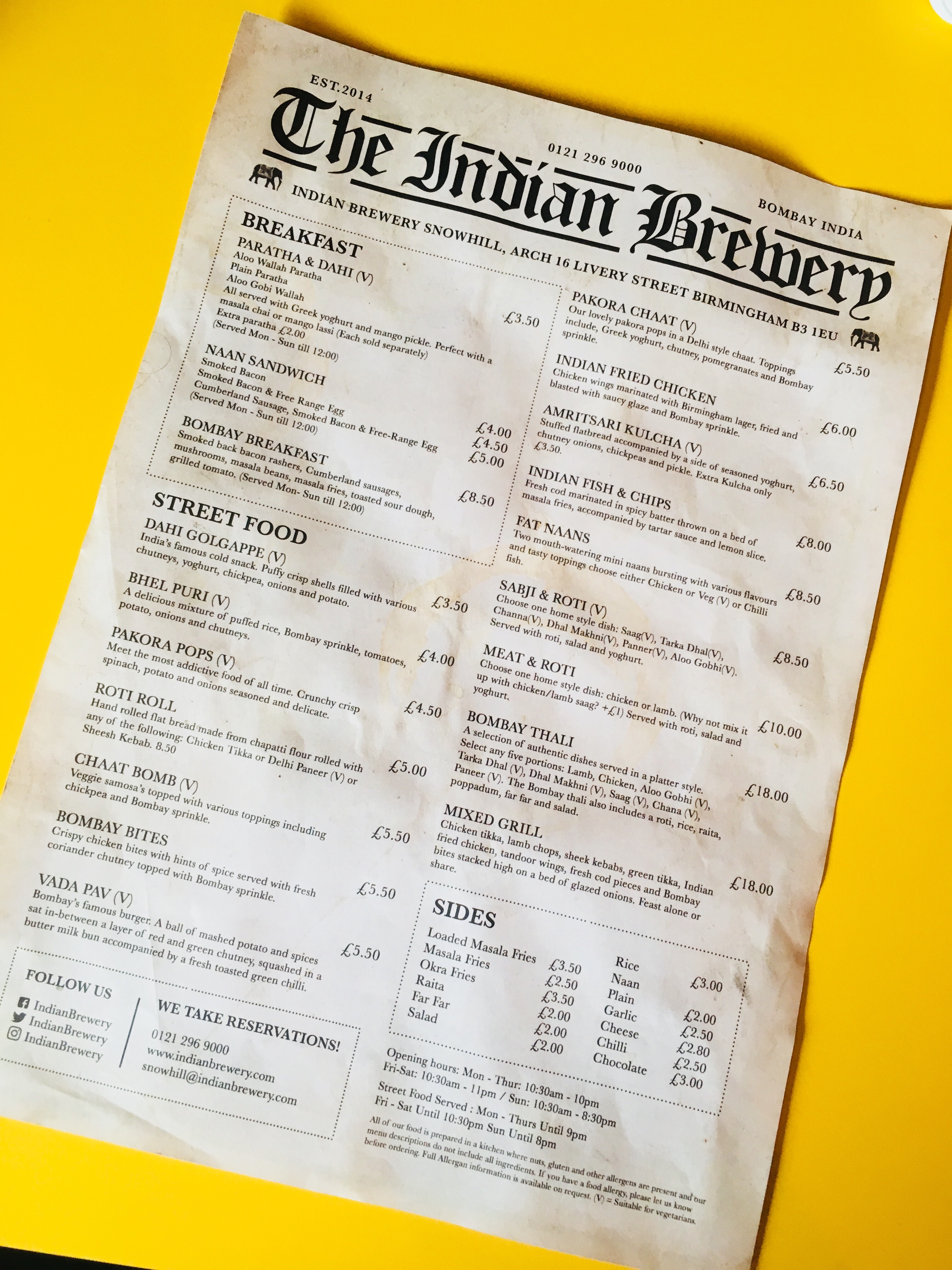 Due to a combination of greed and an inability to eat lightly it seems, the three of us chose a variety of dishes to try. A sizzling Mixed Grill (£18) provided enough meat to keep most carnivores happy, with a selection of lightly spiced pieces to share. The lamb chops were big and tender, and the tandoor wings fire red and juicy. Large cubes of chicken breast green in colour, thanks to a coriander rich tikka paste, nestled on a bed of charred onions and had me at hello. 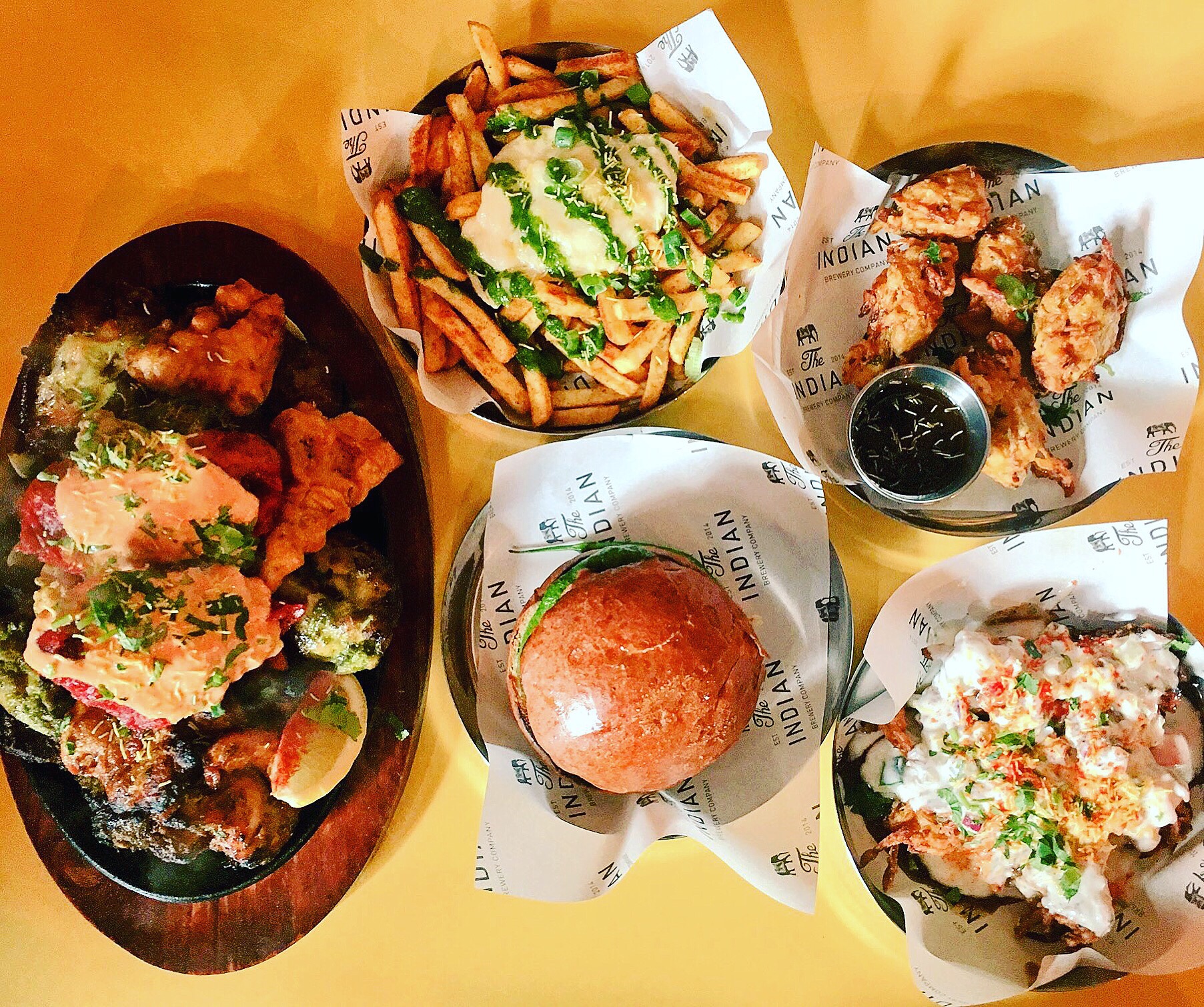 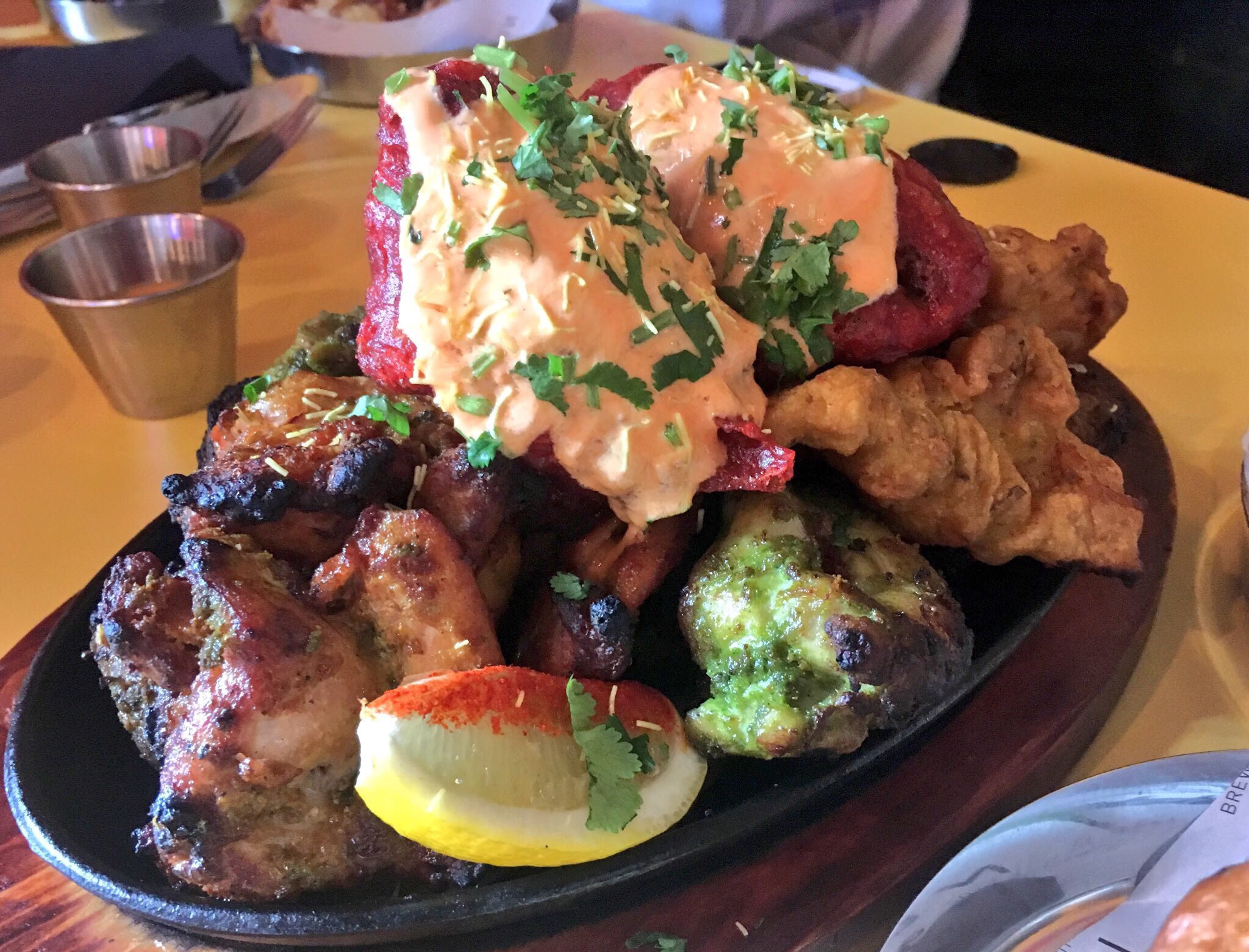 Battered cod and fried chicken proved a bit bland for my tastes, but were pepped up by a chilli dipping sauce. The batter on the fish was soggier than I hoped, but I suspect that’s because the pieces lay at the bottom of the pile and were eaten last. I’d have liked more heat throughout the grill generally, but the platter overall was satisfying, flavourful and piled high with meaty morsels. We left nothing but bones so I’d take that as a complement. 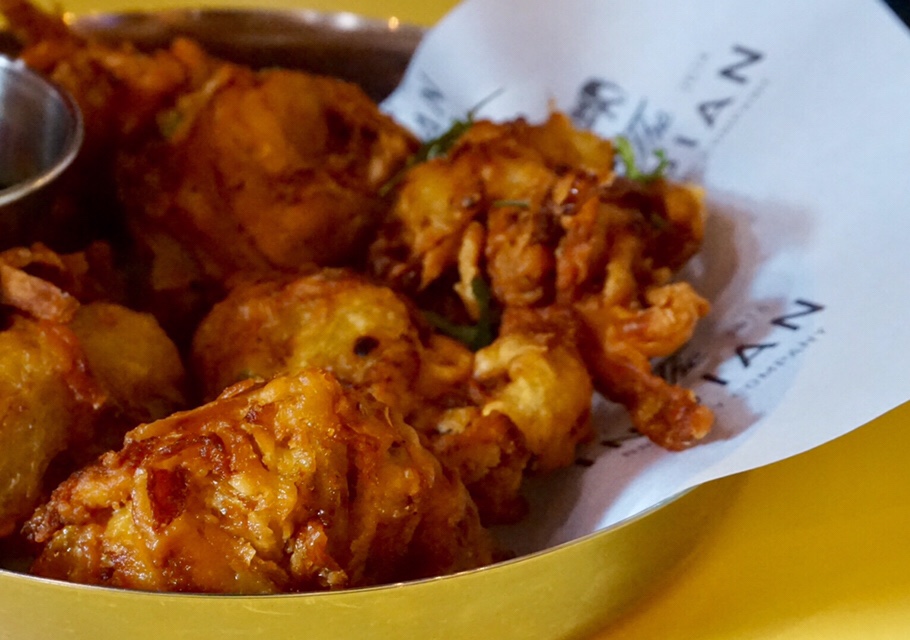 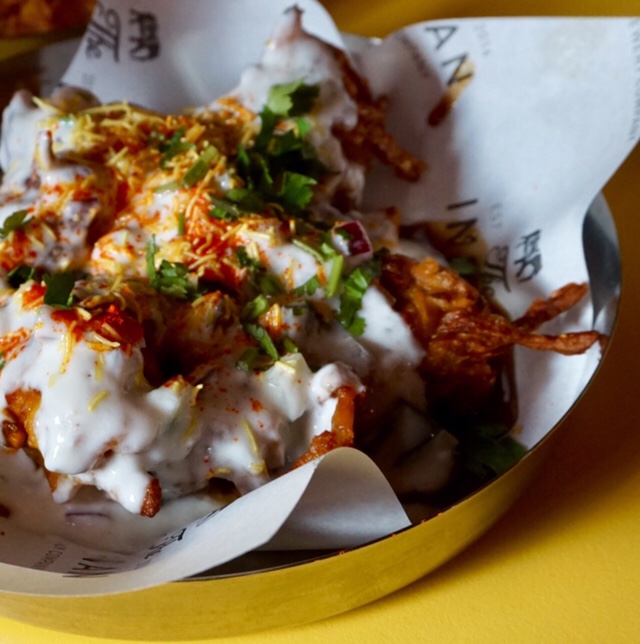 Pakora Pops (£4.50) were popular across the board, and a decent portion of the crispy spinach, potato and onion fried mouthfuls for the price tag. The upgraded version, Pakora Chat (£5.50) followed a similar story, but with the addition of yogurt, pomegranate seeds and a sticky chutney. My favourite dish of the meal by far; I went back a few days later and order two batches for takeaway. 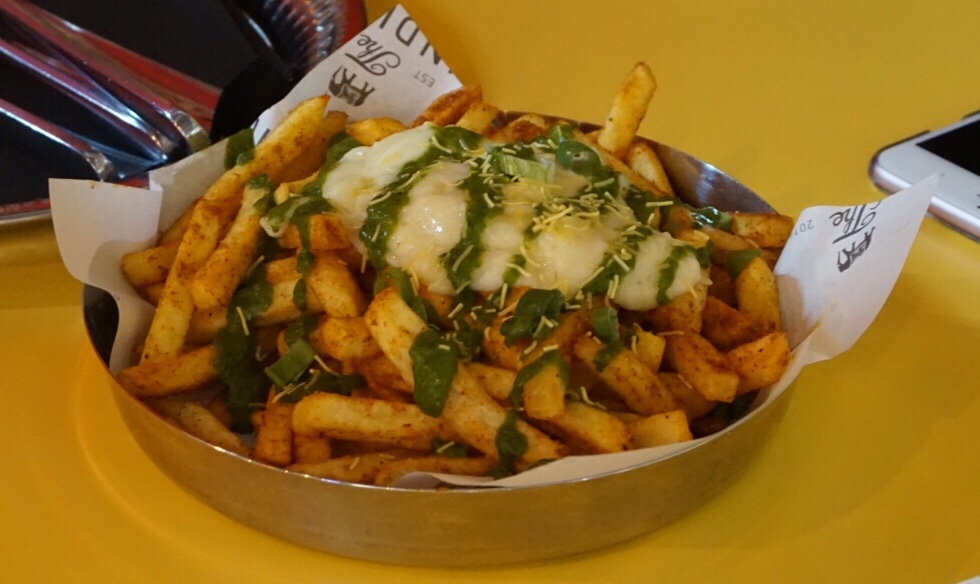 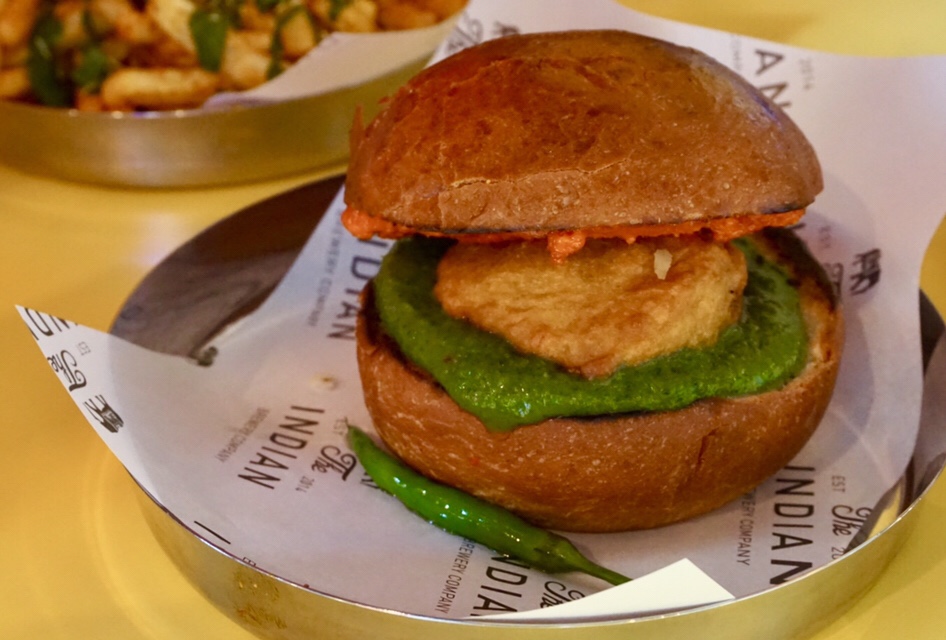 The Loaded Masala Fries (£3.50) proved to be simple but highly satisfying, despite basically just being spicy chips and cheese. A nice snack but by no means a main event here. Finally the Vada Pav (£5.50), a burger of sorts, was filled with spicy mash potato instead of meat. The heat from the fresh green chillies made this the spiciest dish we ordered, and became an excellent vessel to transport chunks of meat. 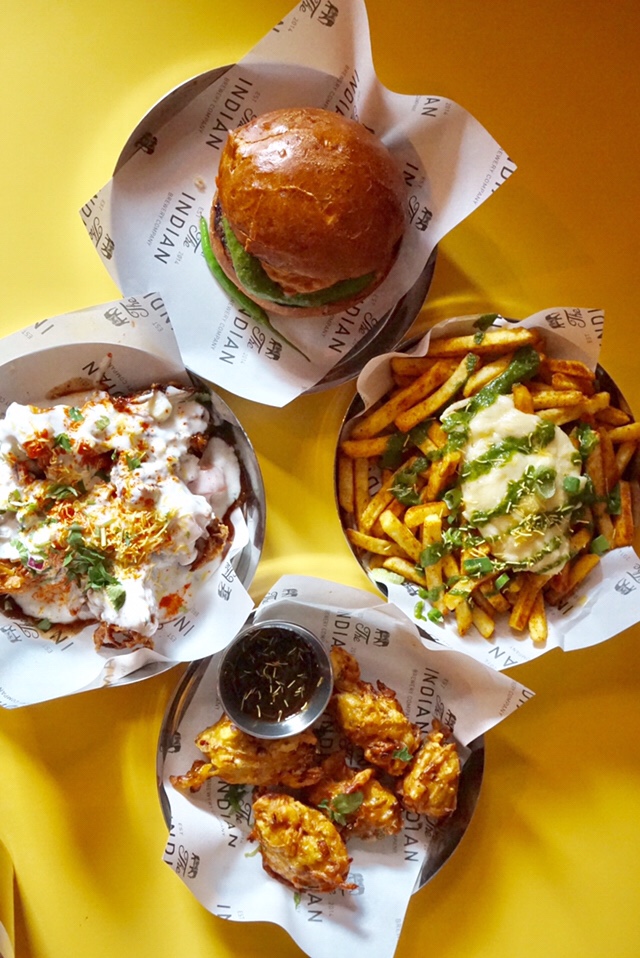 The whole meal came to around £12 a head which was more than reasonable for what we had, and I’ll definitely be back to try the fat naans. 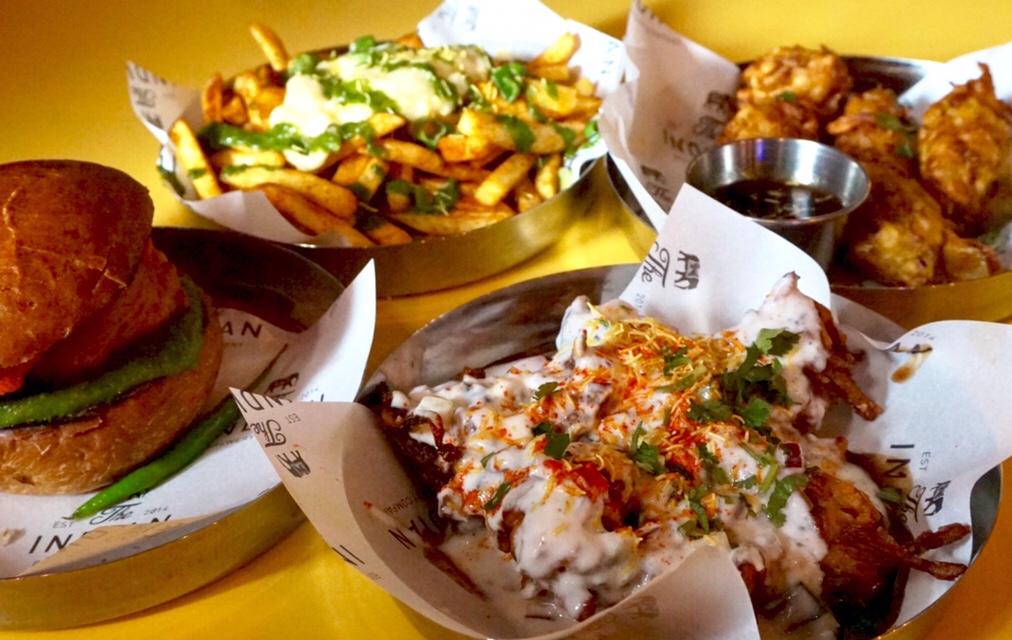 The tap and bottled beer selection is excellent, as is the big bar covering one wall of the venue. The Indian Pale Ale here is excellent value at £3.40 a pint.

I also discovered a new found love for Rhubarb Cider (£4) which was delicate and delicious. I will love George forever for finding this and sharing her discovery. There’s a selection of teas, fizz and, of course, a lassi or two if that’s more your scene. 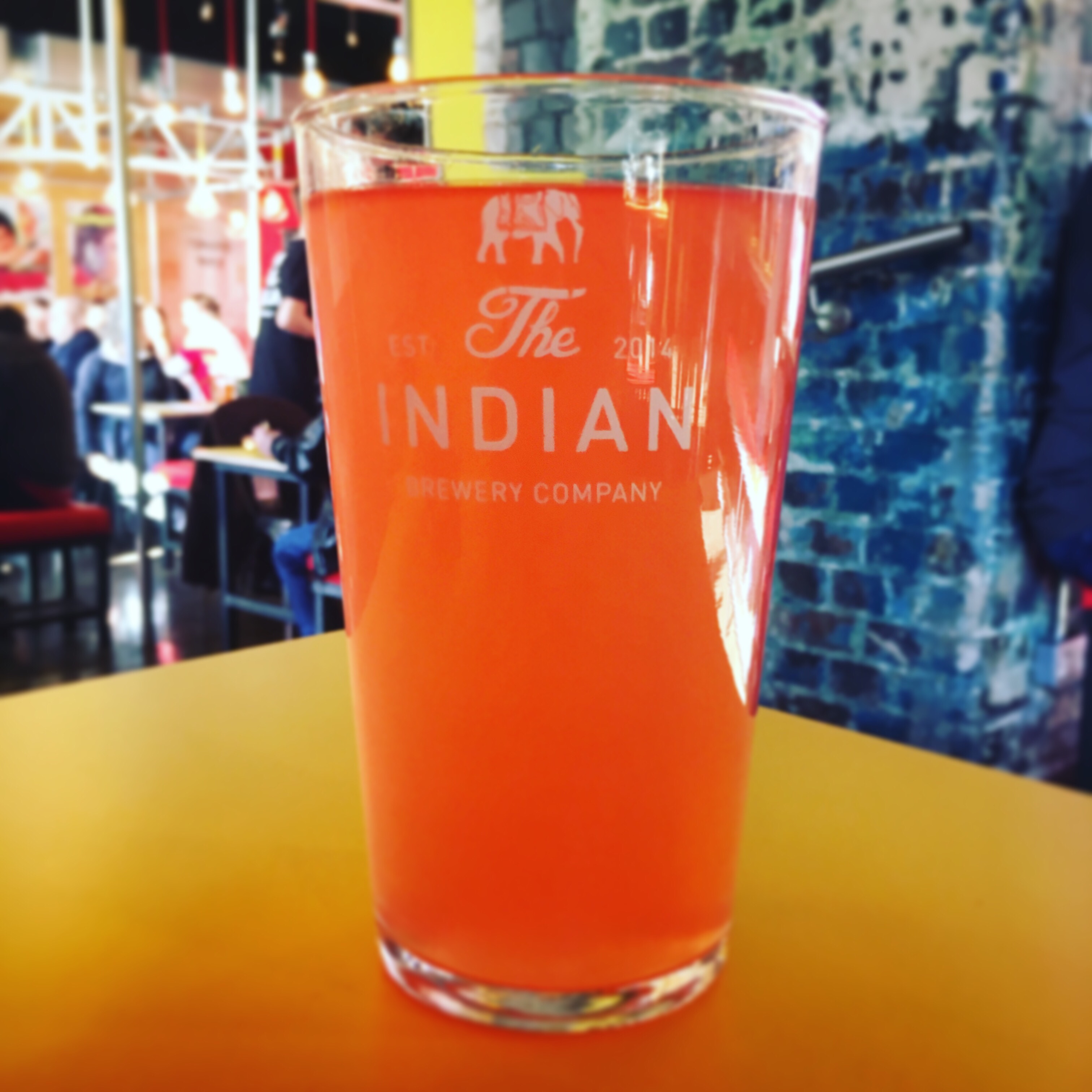 We were served quickly at the bar and our food arrived within 15 minutes which, considering the busy Saturday service, was impressive. The staff were all friendly, polite and enthusiastic, even with an earthquake tearing through the core of Birmingham. We will rebuild, Brum. We will..

If you like the sound of this you may also like Hen & Chickens, or Mowgli for a different take on Indian street food.

Are you a fan of this place? What do you recommend I try next off the menu?

Disclosure: we paid in full and it was worth every penny. All words, photos and fat belly are mine

Oh good. My mum appears to have found an old CD with photos from my notably tragic 14-16 year old era on the planet. And she won’t stop sending me them..

'Nine in ten workers must reskill' at added cost of £13bn a year, govt warned http://news.sky.com/story/nine-in-ten-workers-must-reskill-at-added-cost-of-13bn-a-year-govt-warned-12108124

Imagine having so little to be genuinely worried about in your life you worry about two women dancing together on a TV show. Jesus fucking Christ, just say you’re homophobic and sit down.