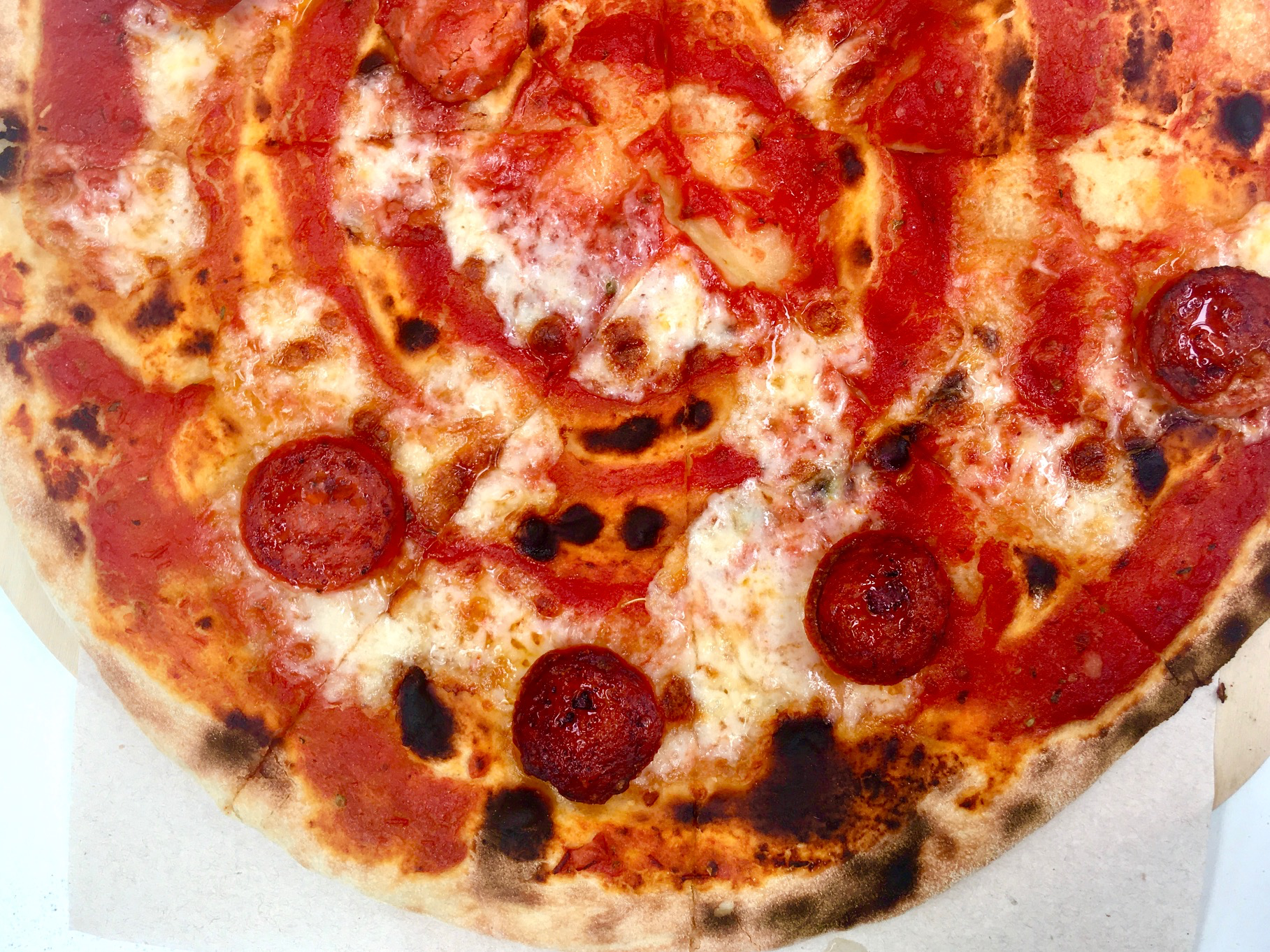 And that’s a good thing really. I talk about Digbeth on here a lot and I have a lot of love for many of the places to eat and drink around this neck of the woods. Digbeth Dining Club is arguably the hub of that area, with the streets around it especially coming to life from Thursday to Sunday each week. What was once a sea of abandoned or unused spaces, now houses bowling allies, pin pong halls, and – the age old classic – indoor golf with dildos. There’s modern venues lining the streets once covered in the blood of Peaky Blinders enemies (probably.. maybe) and there’s plenty to keep people occupied. And some of these places are better than others, which I unfortunately discovered last weekend when I visited Dropshot. 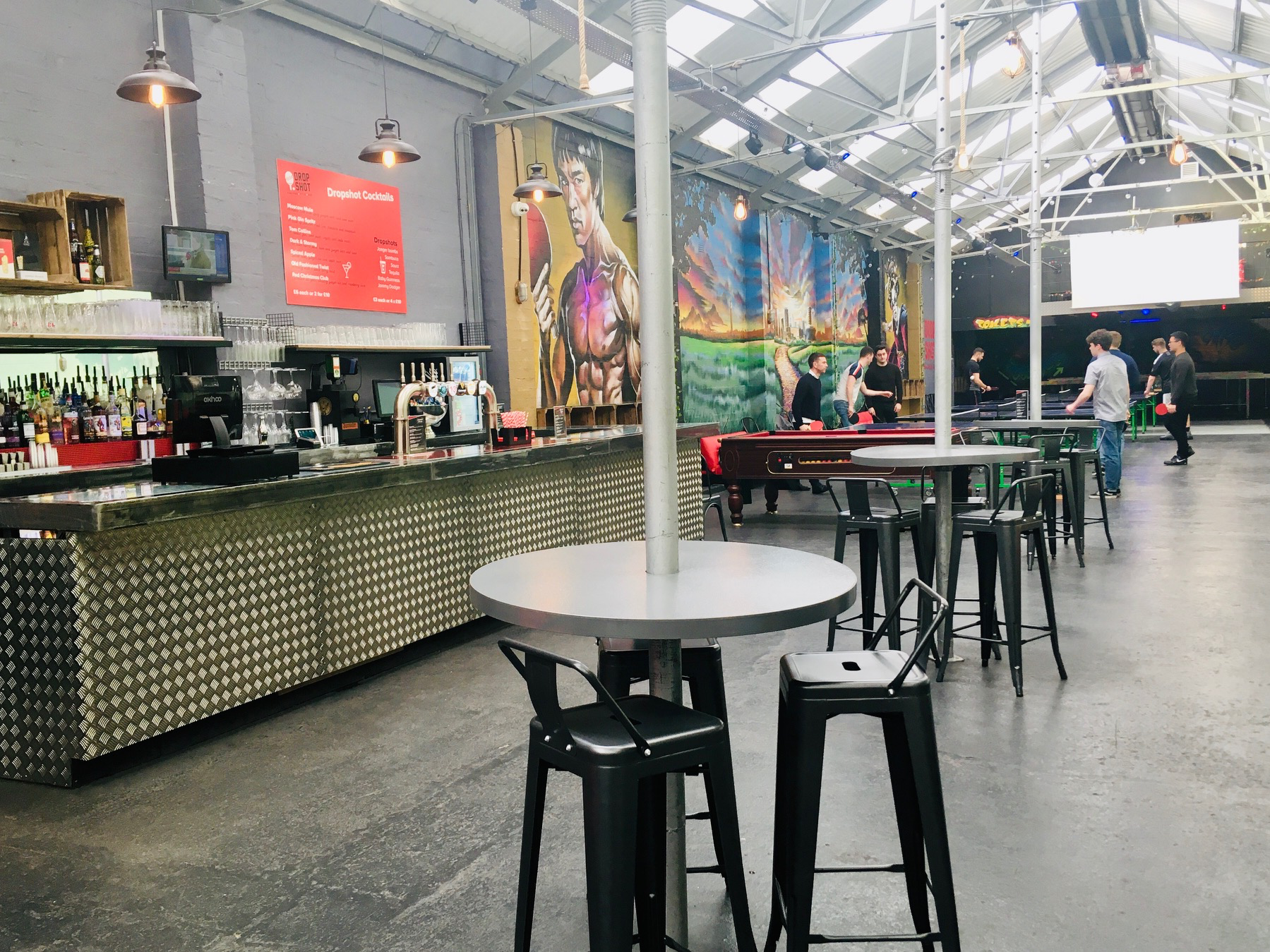 I don’t want to write a post trashing this place (I considered whether to say anything at all) but in the days since our weekend visit I think it needs to be said that the food offering here requires some improvement. Let me explain. Once a city without a truly good pizza offering we’re now doing pretty well for places to grab a slice. Centrally, Rudy’s and Otto have special places in my heart, and they’re successful because they nail their offering. They basically only sell pizza so they ensure it’s great. Dropshot also focuses on pizza – just not how it’s cooked, in my experience. And that’s a bloody shame. It’s a shame because the flavour of the thick slices of pepperoni we had scattered on our pizza was decent, and it’s a shame because the tomato sauce was seasoned nicely. It’s a shame the pizza dough wasn’t cooked through – twice. 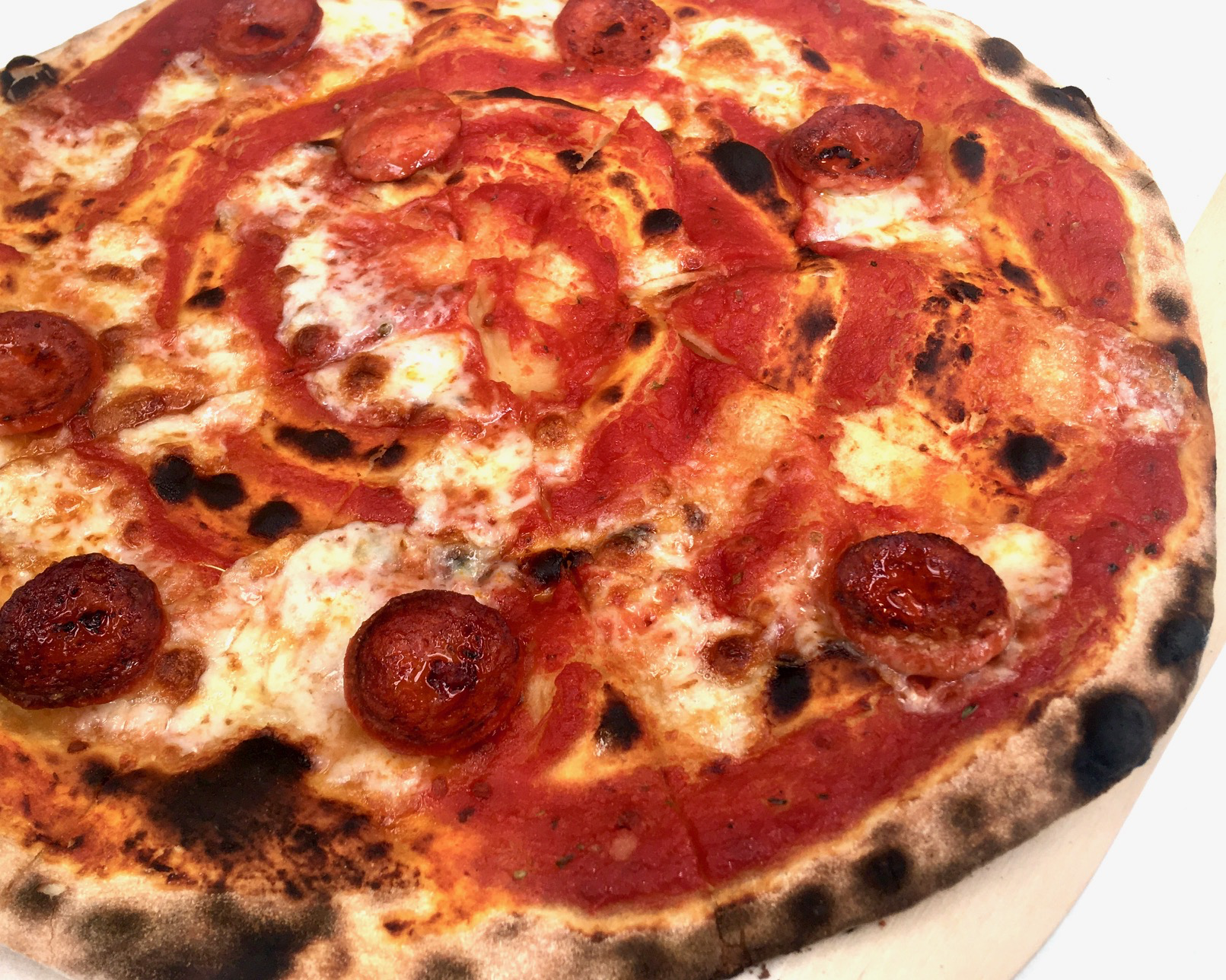 The prices sit around £12 a pizza so I expected something pretty decent to be honest. What arrived was an almost sticky dough that was largely raw and tasted almost entirely of flour. We tried a slice each before I asked for a replacement, much to the bemusement of the guy working the (clearly not hot enough) wood fired oven that didn’t seem to see the problem. After asking me if I’d like the original pizza ‘cooked a bit more or something’ we agreed a replacement would be nicer, and while it was better it just wasn’t very good. The base still wasn’t that crispy (which as a thin base wood fired pizza you kind of expect?) with a line of raw dough clearly visible, and the minimal cheese was almost devoid of any flavour at all.

No one came to ask about the second and I couldn’t be bothered to ask for a third – we left soon after to devour what Sunday had to offer at DDC. Maybe it was just an off day but we agreed it wasn’t going on the list for places worth a revisit. If you want to play table tennis with a pint this place is grand, but if you want a delicious, properly cooked pizza in Digbeth check out the likes of Baked in Brick or Dig Brew instead.

Disclosure: I paid for food and drinks. Words and pics are mine. Come follow Bite Your Brum on Instagram for daily posts.