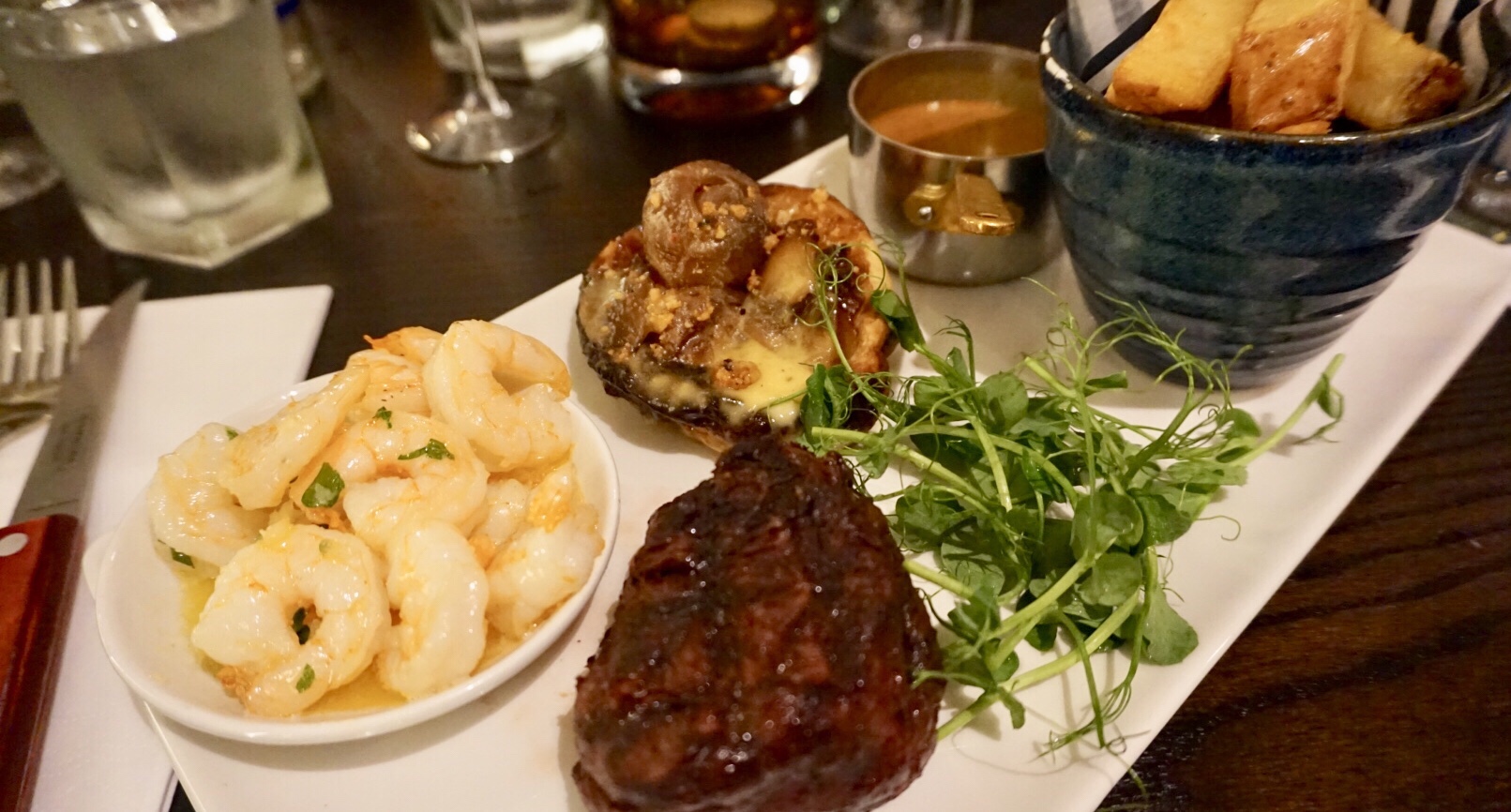 When I moved to Birmingham after university, way back when in 2006, I accidentally made a lot of friends that originated from Sutton Coldfield. I considered them posh because they didn’t sound like me, and they all had lovely shiny hair like Grand National winners.

The girls I met liked getting drunk on Tuesdays, short skirts, and listening to Busted – it was inevitable we’d be pals. Twelve years on we’ve maintained a strong collective friendship, being each other’s bridesmaids, punchbags, gin buddies and agony aunts. I love these girls, so when The Green House (one of their former regular haunts in their home town) was revamped and reopened I rounded up as many of them as I could and took them for dinner. 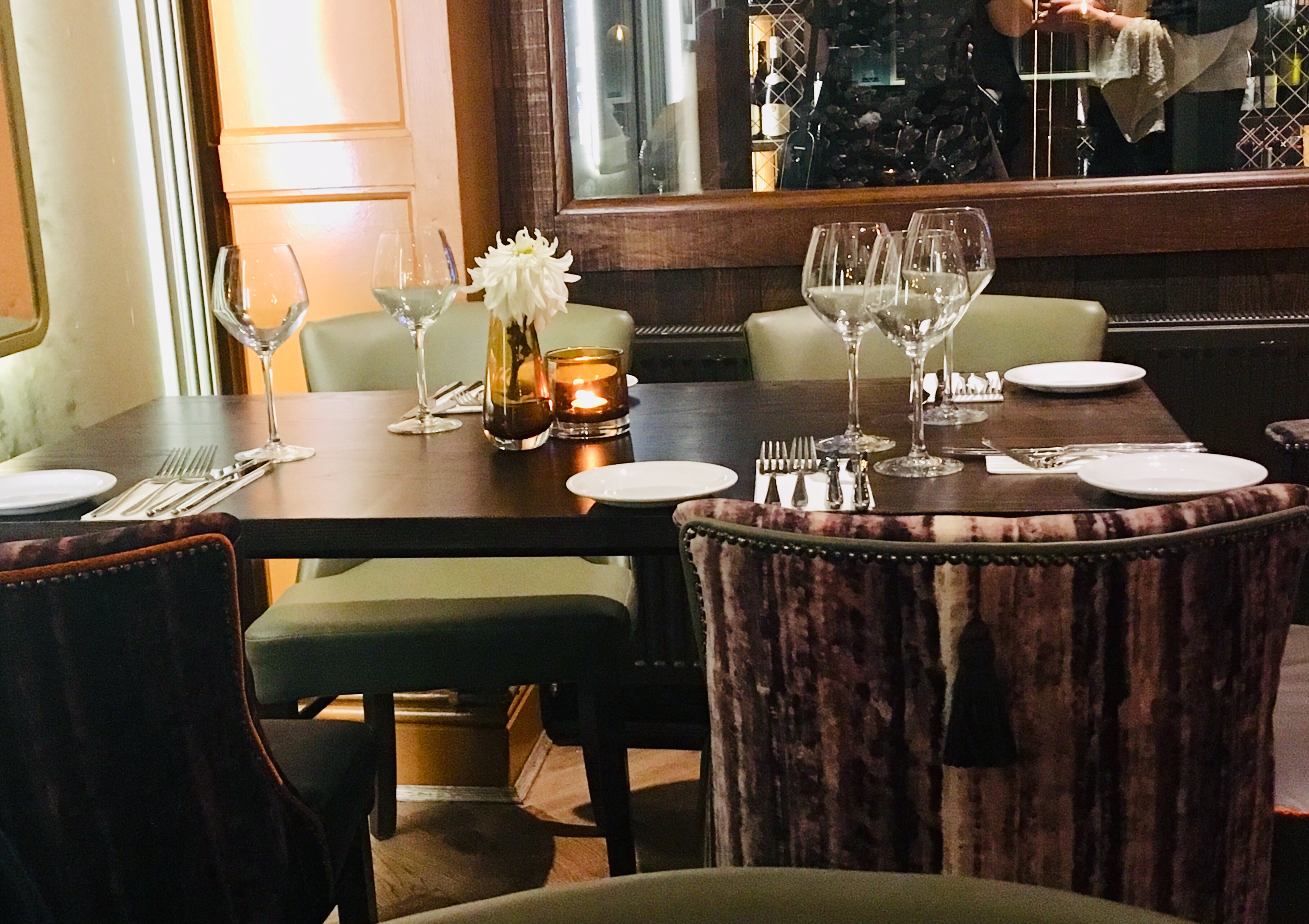 We arrived around 7pm on a gloomy Thursday to find the restaurant area of the pub quite bustling. The restaurant area itself is comfortable although the tables are packed in quite tightly, and looks fresh (with a massive dose of festive decoration) after the recent refurb I’m told the place has undergone. It felt familiar despite it being my first visit, and on seeing the menu I realised why. Part of a small chain of gastro-pubs (all in the nicer parts of the city outskirts) it’s very similar to The White Swan in Edgbaston which I’ve dined at. Not a bad thing, if your unfamiliar with the restaurants under this chain, but it does mean the menu is unsurprising – it’s actually a carbon copy. 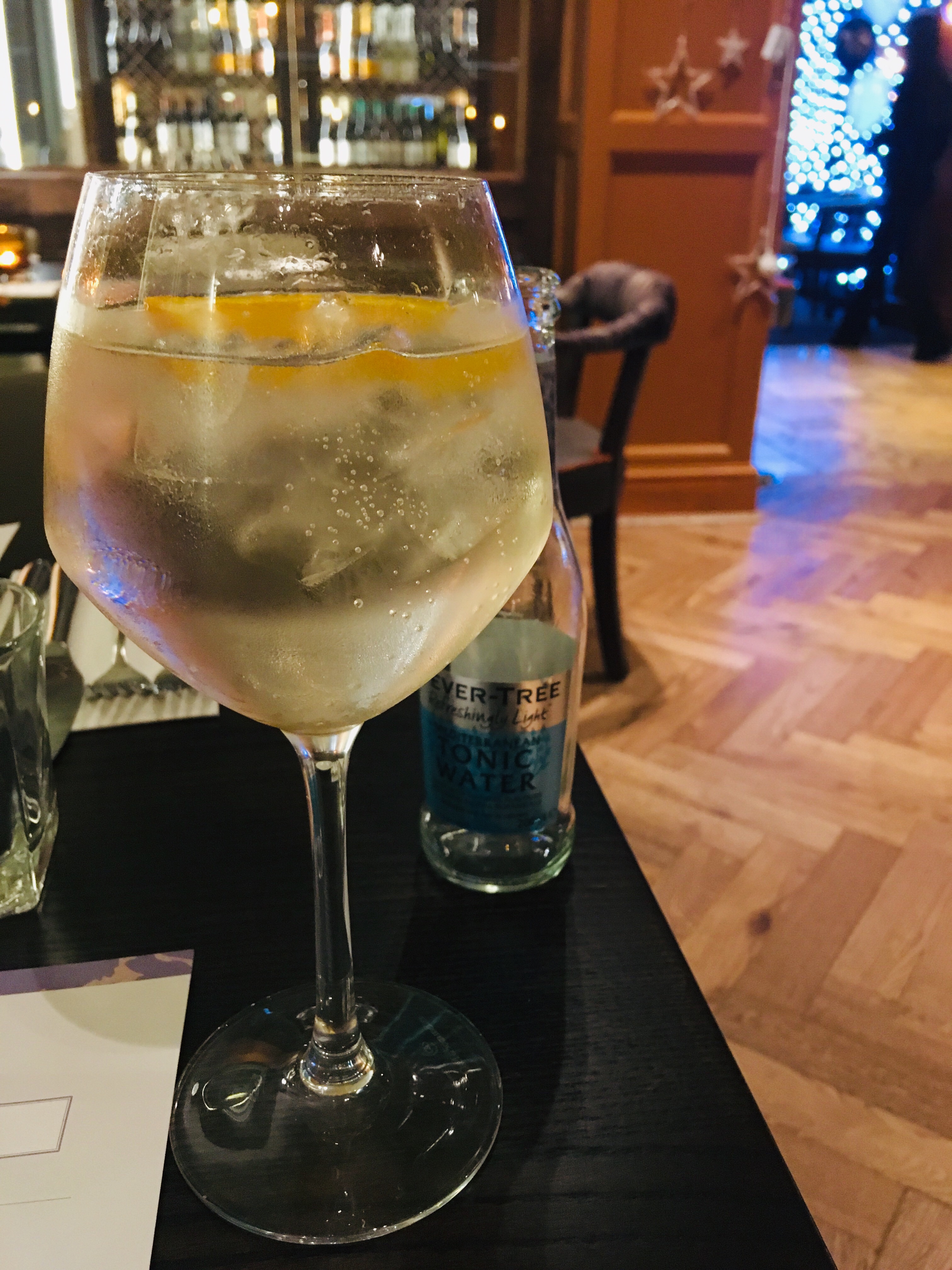 Scallops of the day proved to be divisive. The three scallops themselves were a good size and cooked well, but the lentil and red onion rosti missed the mark – more soggy and mushy than crisp, as expected. A lobster pot looked nice but was heavy on the creaminess rather than shellfish and lacked seasoning, unlike the pate which was flavourful and rich. A generous bowl of crispy squid completed the starters, along with a garlic and rocket pizzette topped with shavings of tangy cheese. This had a satisfying crust and plenty of garlic butter. 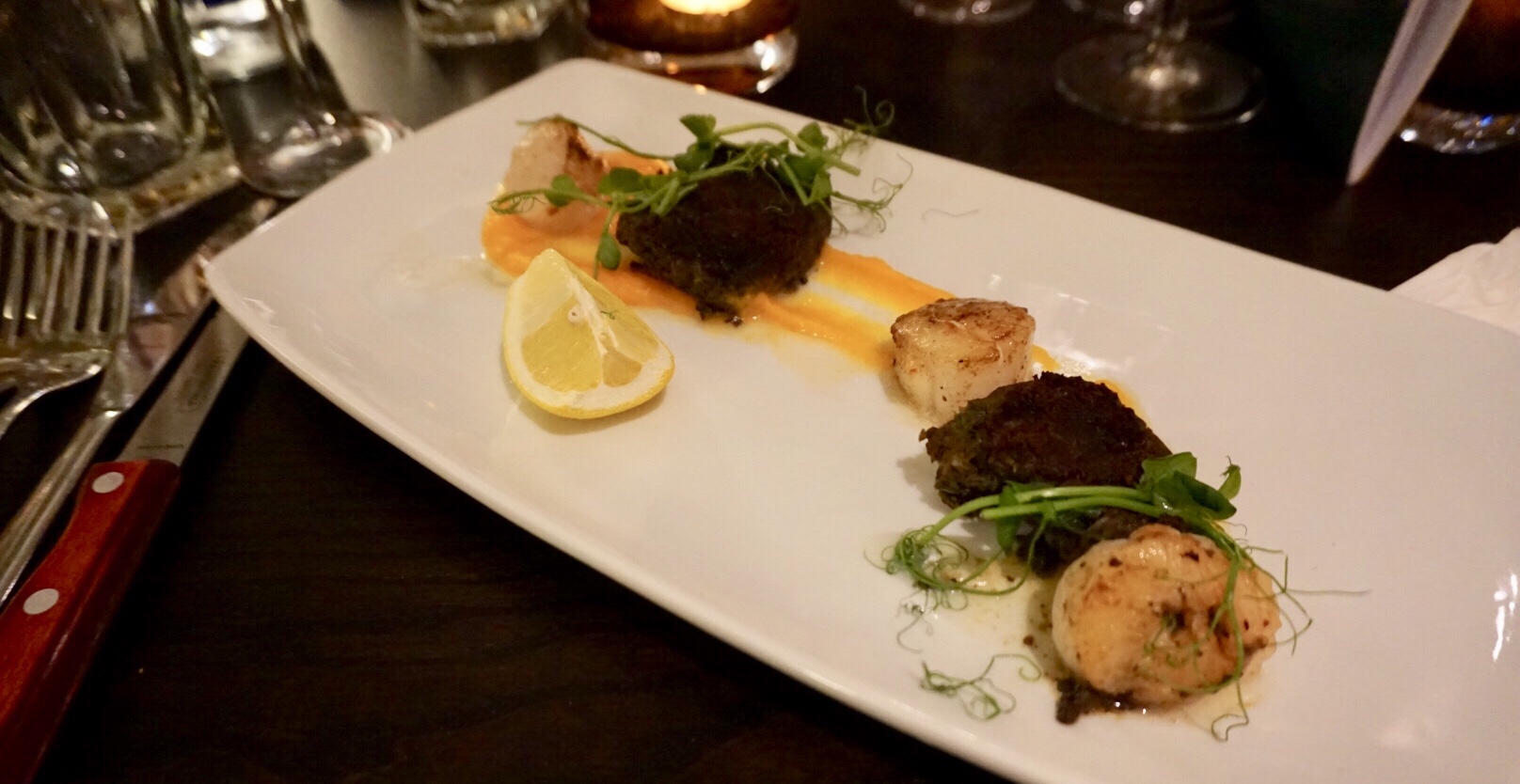 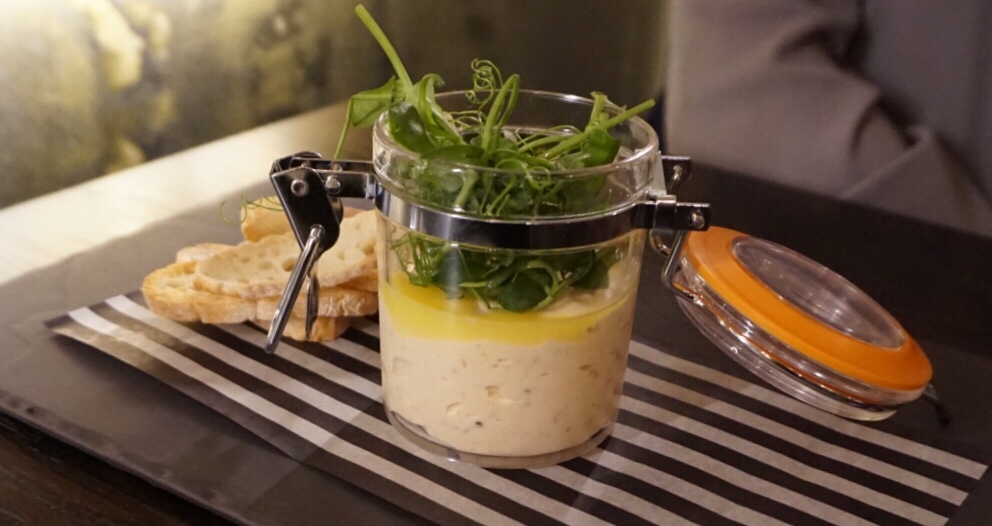 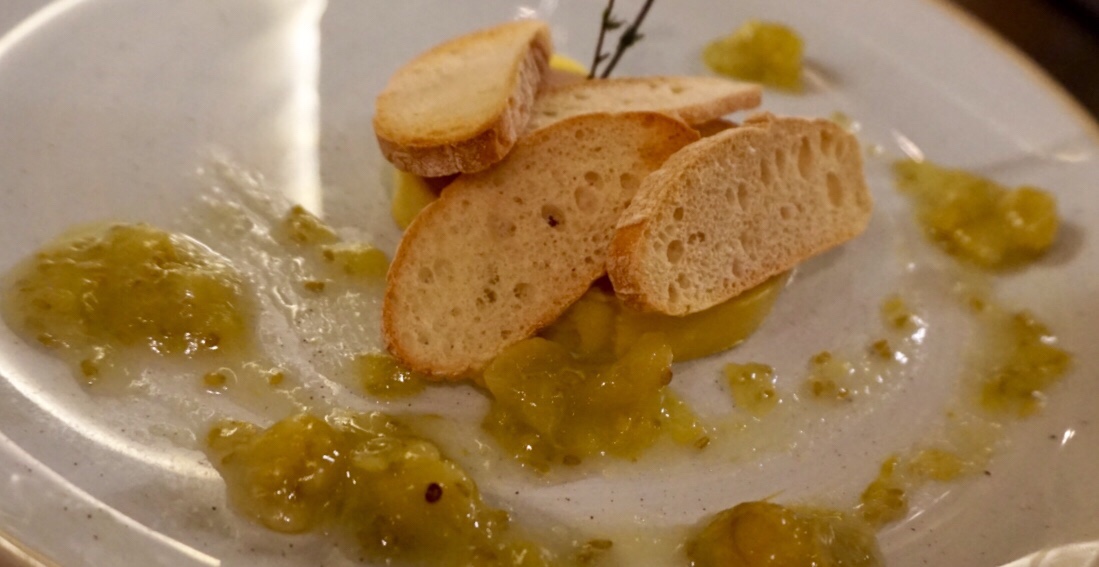 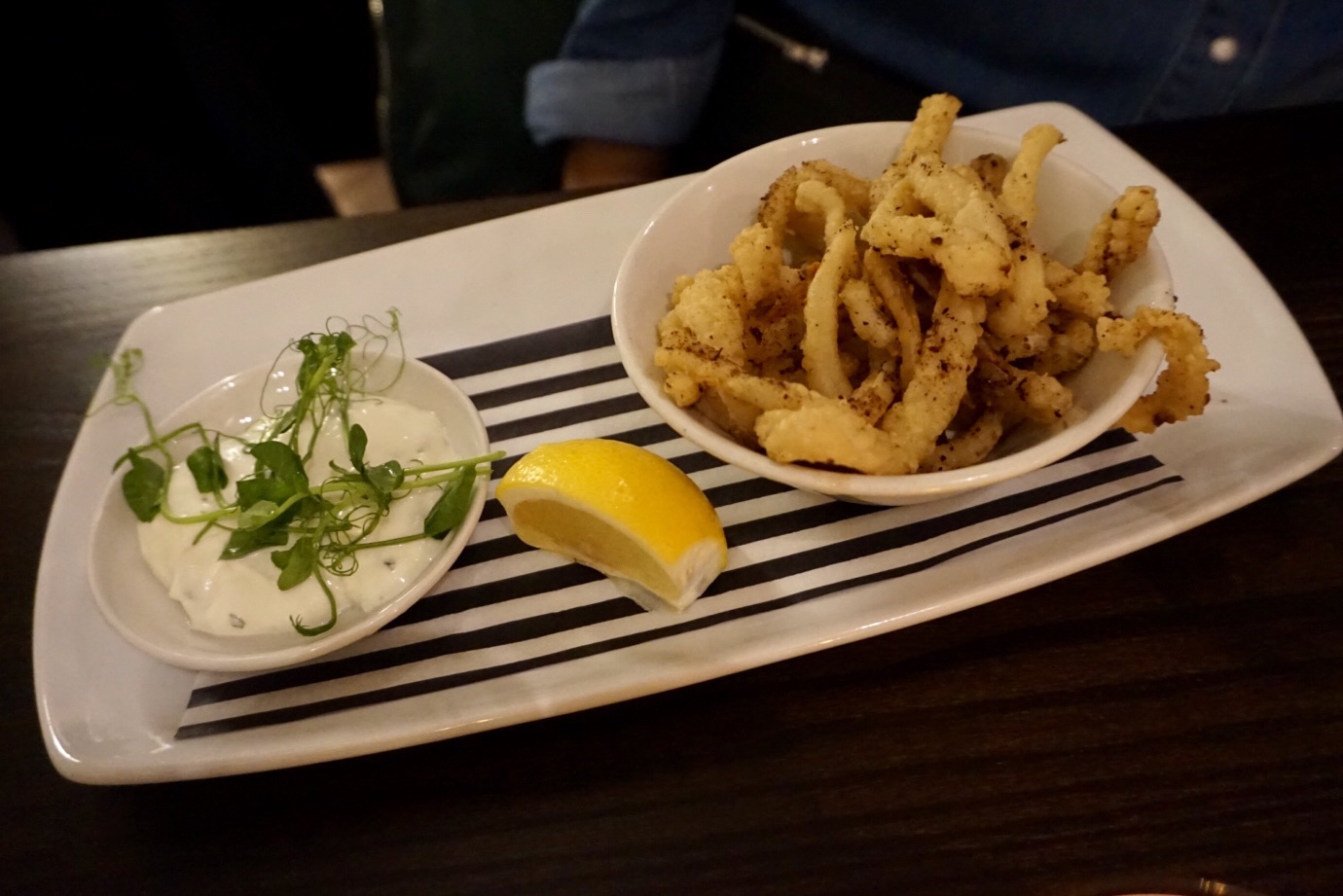 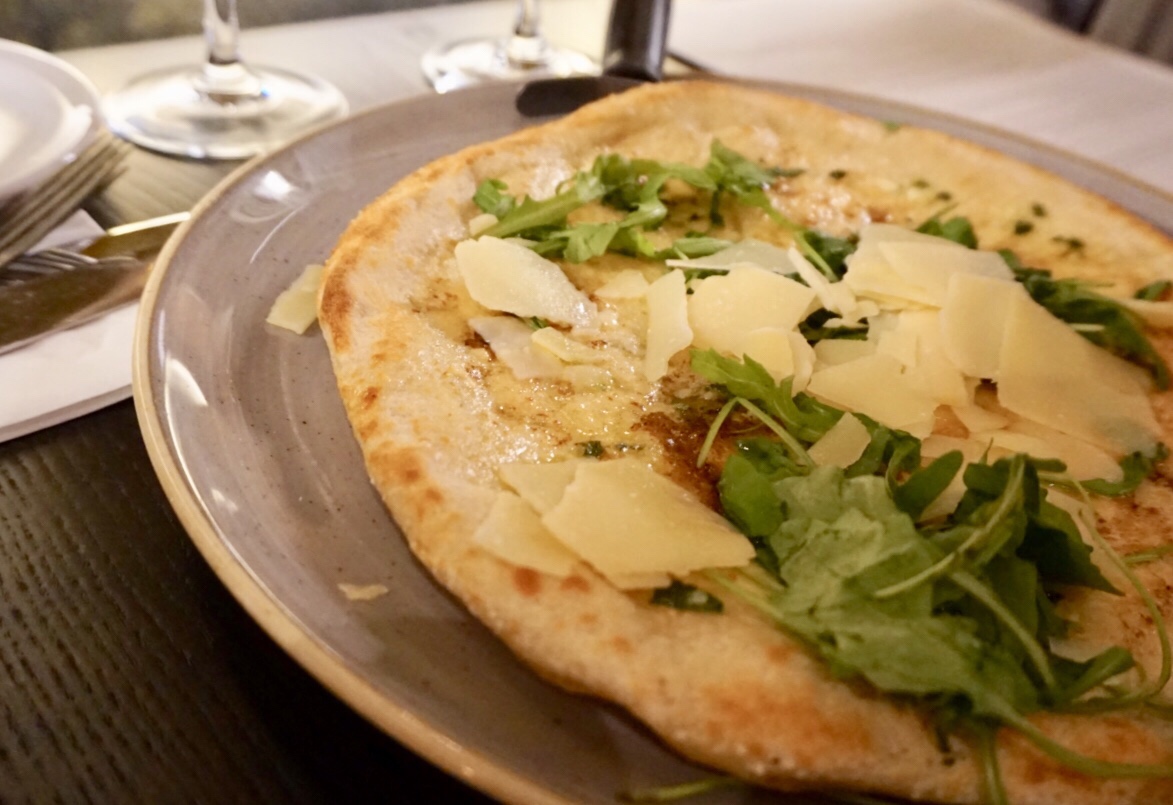 Mains, again, were a bit of a mixed bag. My fillet steak arrived a perfect medium, with a tasty ale-glazed shallot tart topped with a tangy blue cheese and walnut crumb. The same couldn’t be said for the two other steaks that were slightly over cooked. The twice-cooked chips lacked crispness (assume they’d been left under a heat lamp) but they were homemade and chunky – ideal for dipping in the flavourful beef dripping sauce. There’s a few upgrades you can add to the steaks, including the king prawns in garlic butter (very generous portion) and the usual steak sauces. A pork belly main provided flavour but little crunch on top, but again the portion was generous. 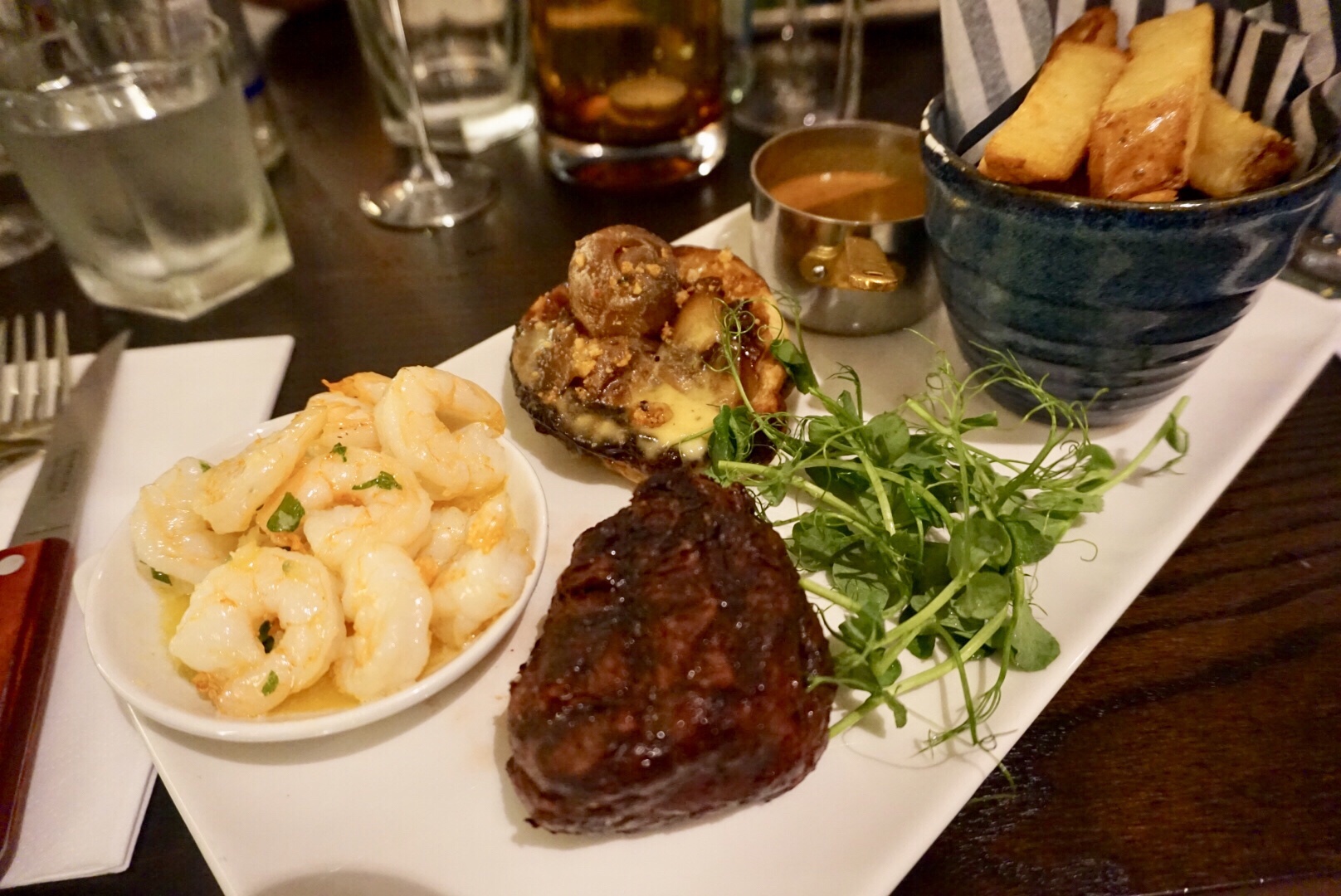 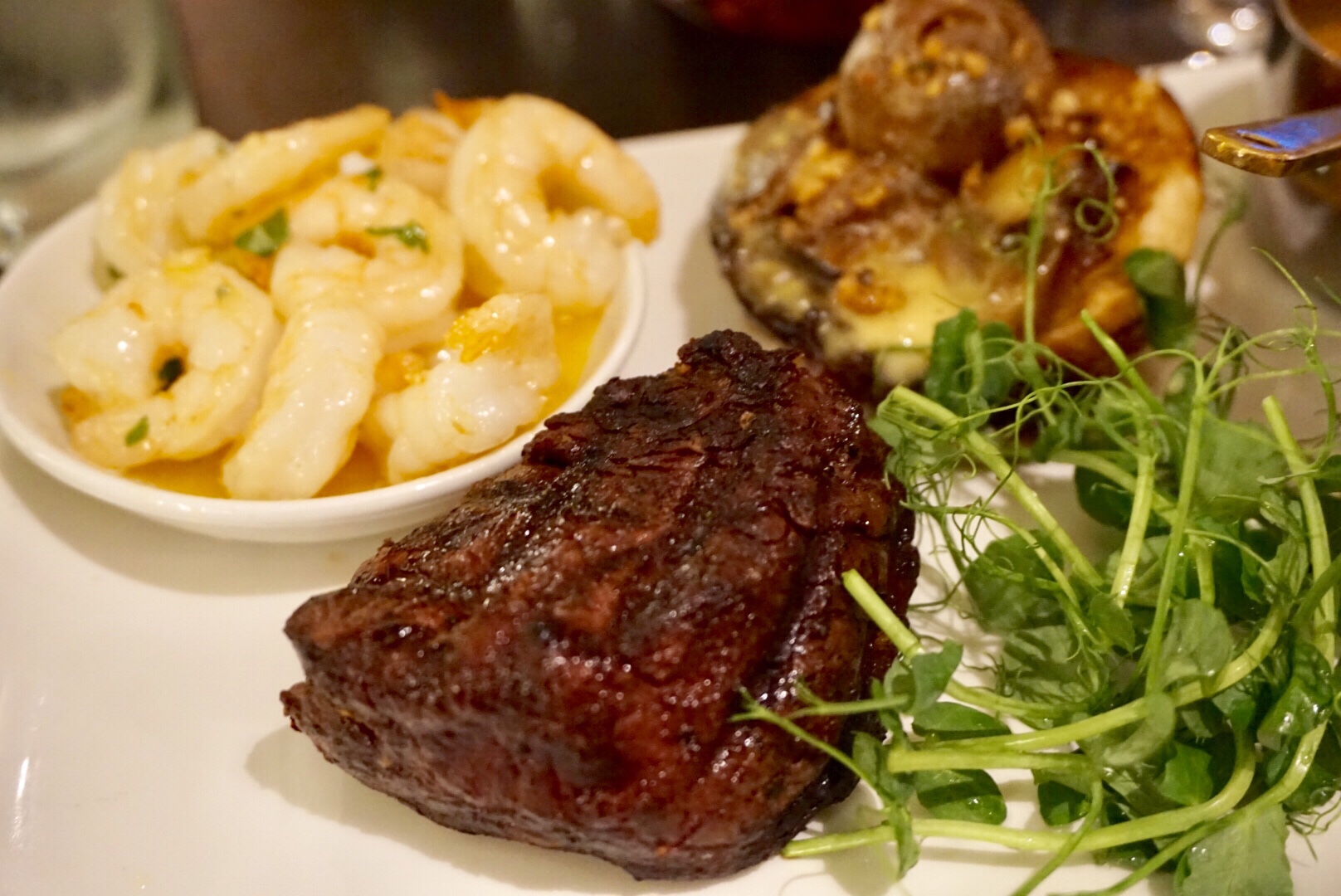 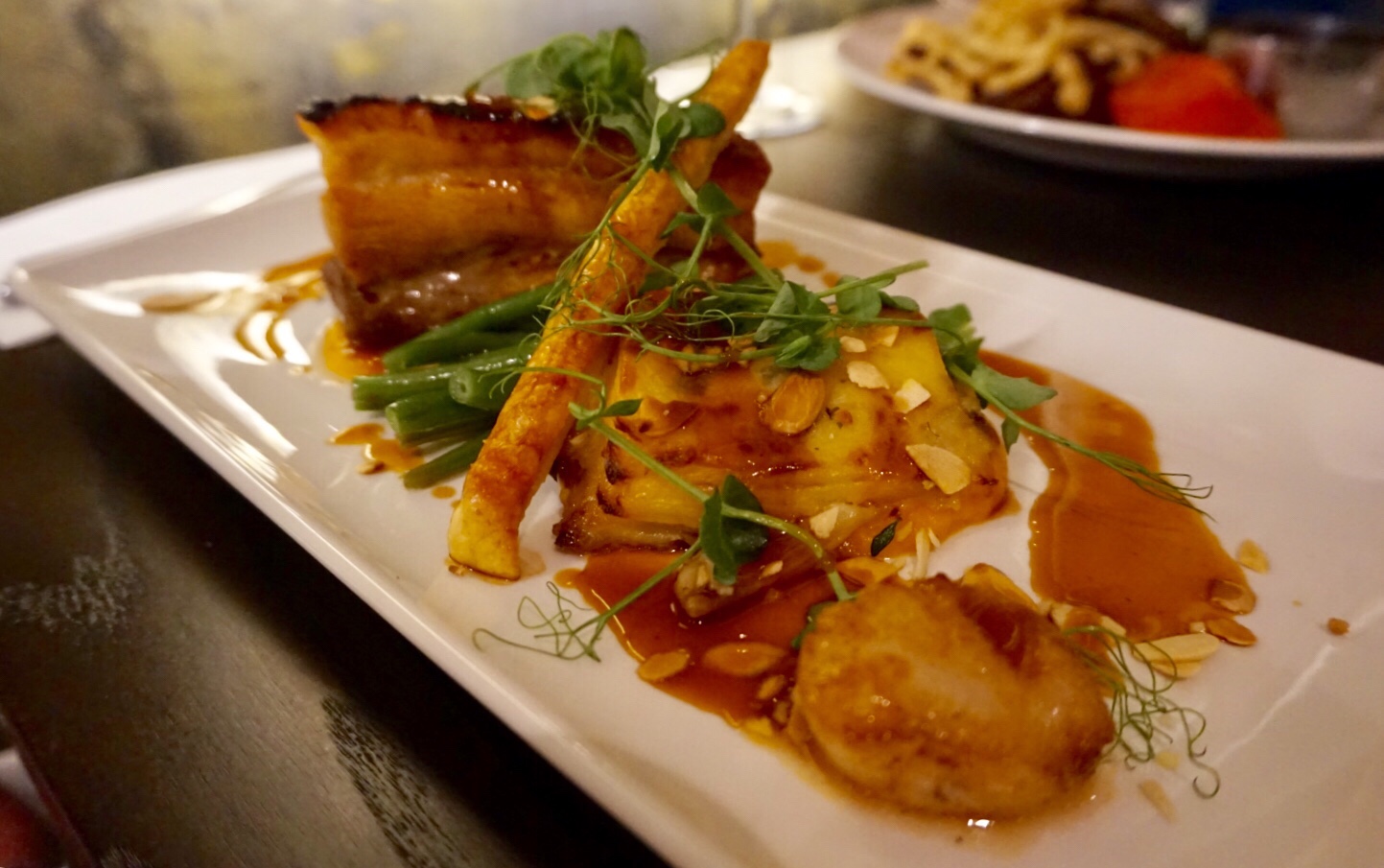 Dessert for me was a simple cheese board including Shepherd’s Purse Yorkshire Blue, Lubborn Somerset Camembert and Isle of Man Vintage Cheddar with a selection of crackers, and a (very much from a jar) pickle. The Red Leicester was missing entirely and no one seemed to know why. The chocolate brownie was highly praised from the sweets we tried, and the coconut sorbet as part of the pineapple tart was just lovely. 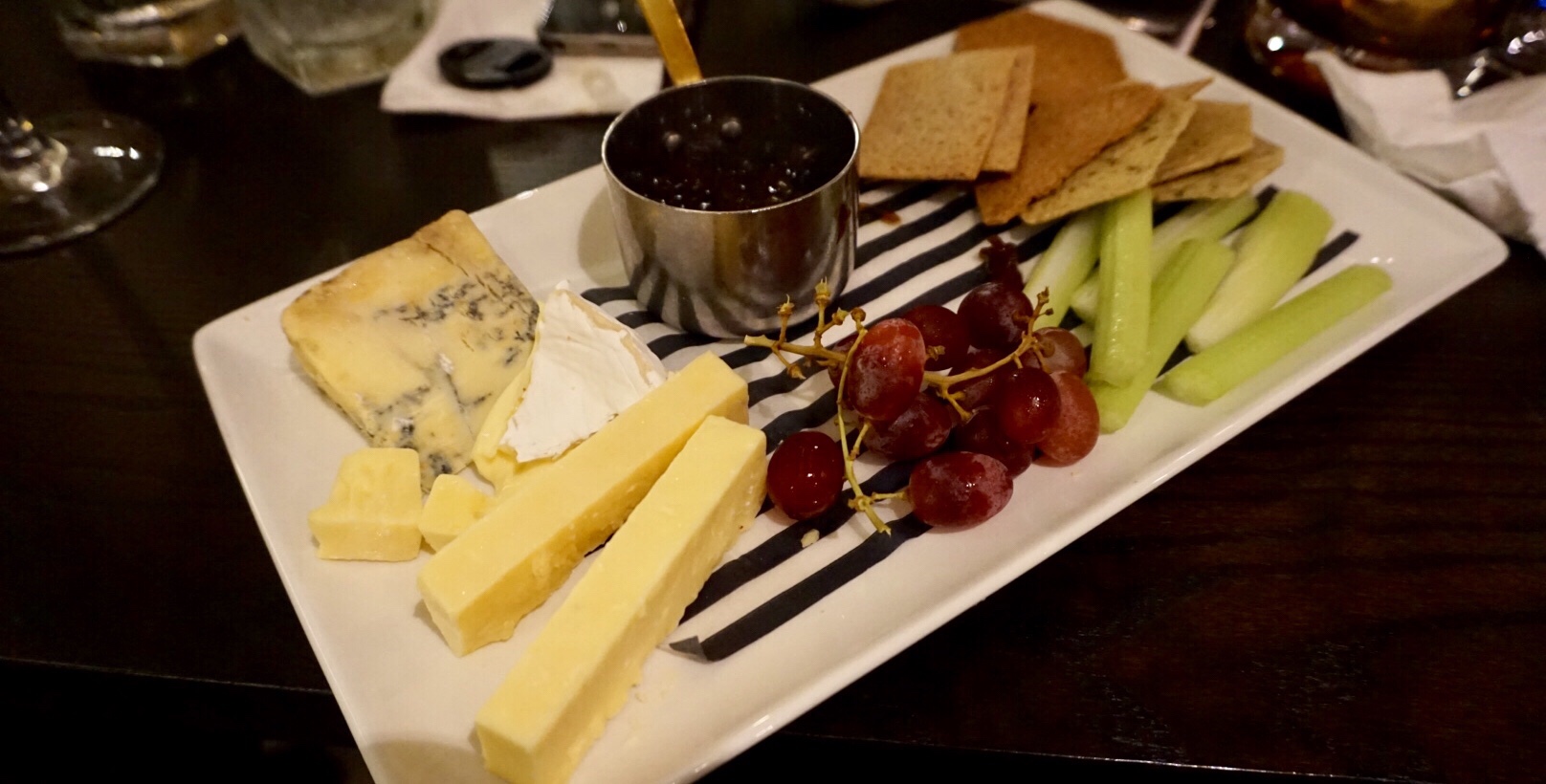 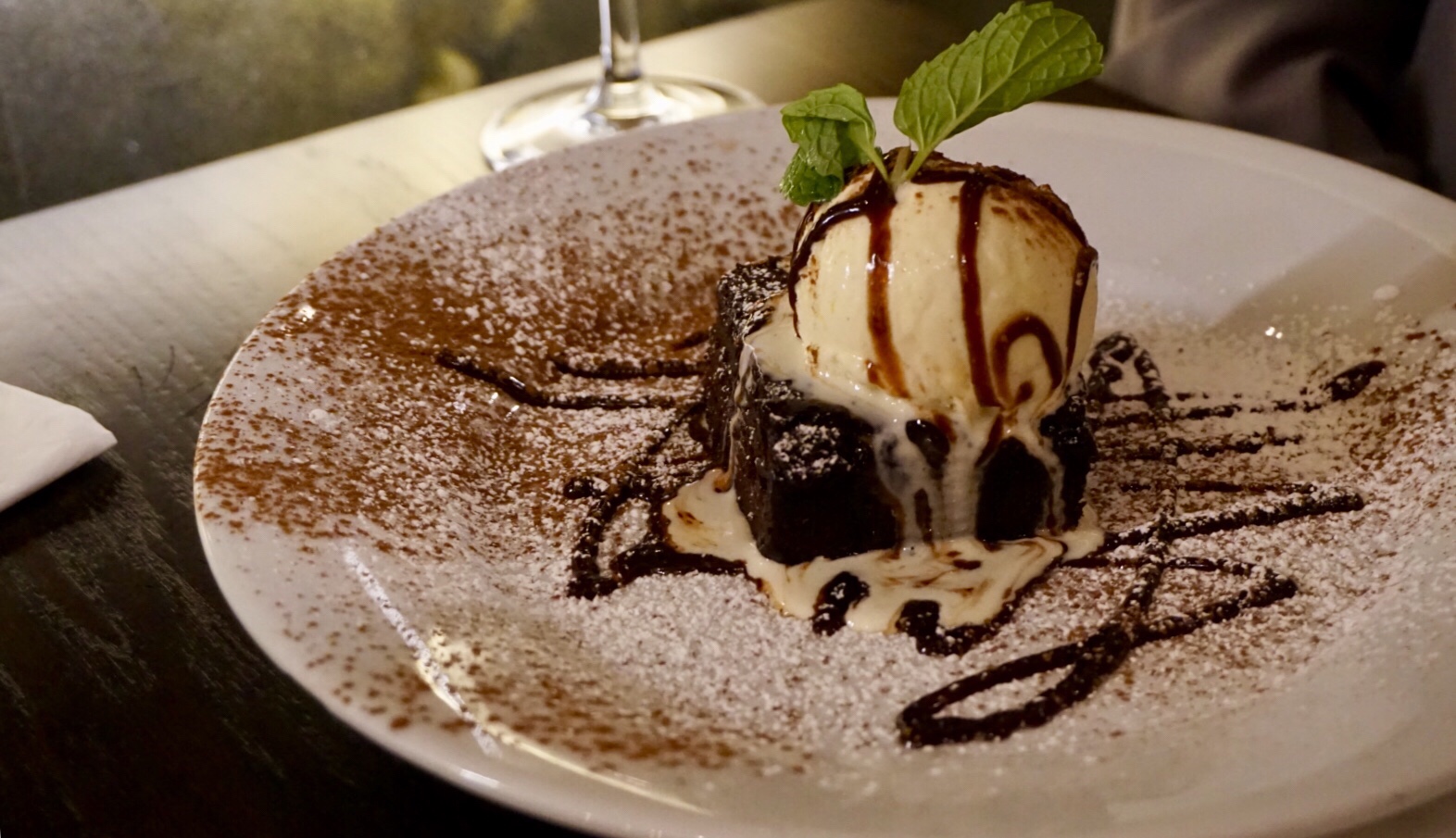 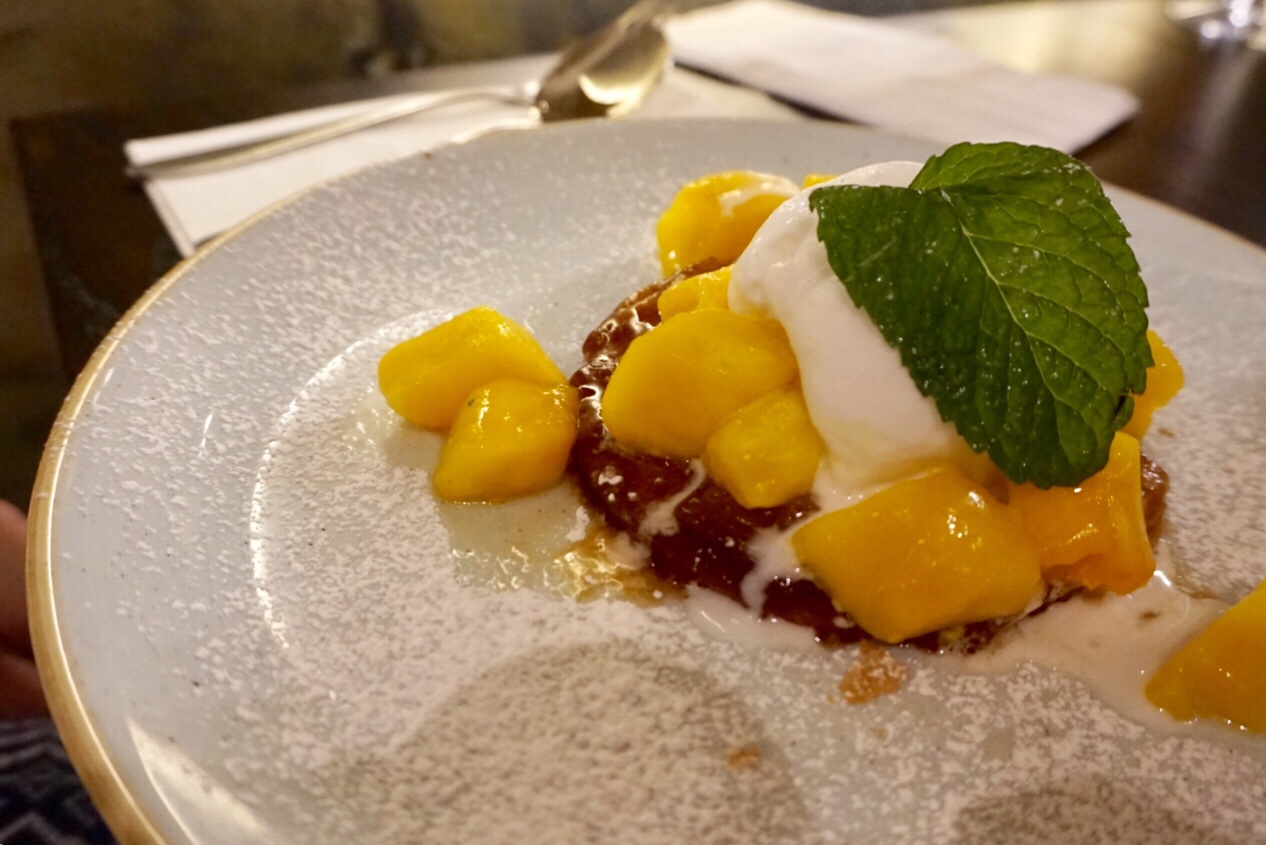 The average 3 course meal comes in around £30 without drinks. Some dishes are at a much more palatable price point than others, but overall it was an ok dining experience improved by Alice, our friendly waitress. The food is fine for a gastro-pub without setting the world alight, but I’m not sure it would be enough to require a repeat visit. Especially when I live 10 minutes walk from the formerly mentioned White Swan which offers the same food in a slightly nicer setting. There’s a large menu, a decent gin selection to jump head first into, and engaging restaurant staff, to end on a positive, and with a few easy tweaks in the kitchen it could be improved.

Disclosure: I was invited to dine at the restaurant but was not asked to provide a review. We left a tip for the excellent service. All words, opinions and photos are mine.