“Gourmet fried chicken” is now a thing in Birmingham, thanks to Bonehead.

Sharing the same part of John Bright Street as Cherry Reds, everyone’s been losing their marbles over Bonehead’s opening since Santa pranced off back to Lapland. When it opened it was packed out for a month or so, and I heard mixed reviews. For that reason I held off to let the place ‘settle in’ and eventually managed to wangle a table during a quieter period to devour some “killer fried chicken”.

Set over two floors, there’s a bar downstairs with a larger eating area upstairs. The walls are covered in bespoke black and white artwork and it’s knowingly cool. It could be the scene of indi fashion shoots. You know, if models ate fried food. We visited on a Sunday lunchtime and found tables free and no wait on food; if you don’t want a massive wait I’d suggest avoiding the Saturday afternoon session. 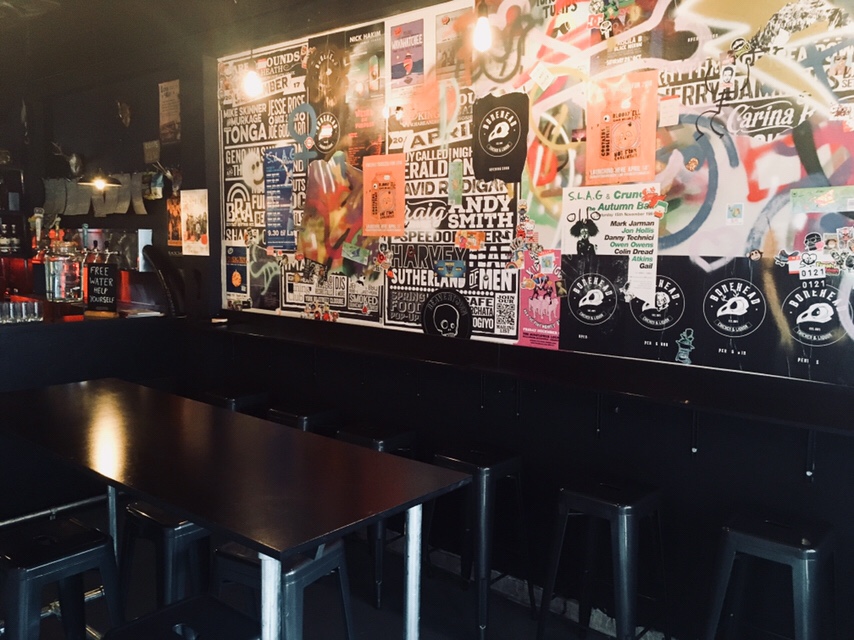 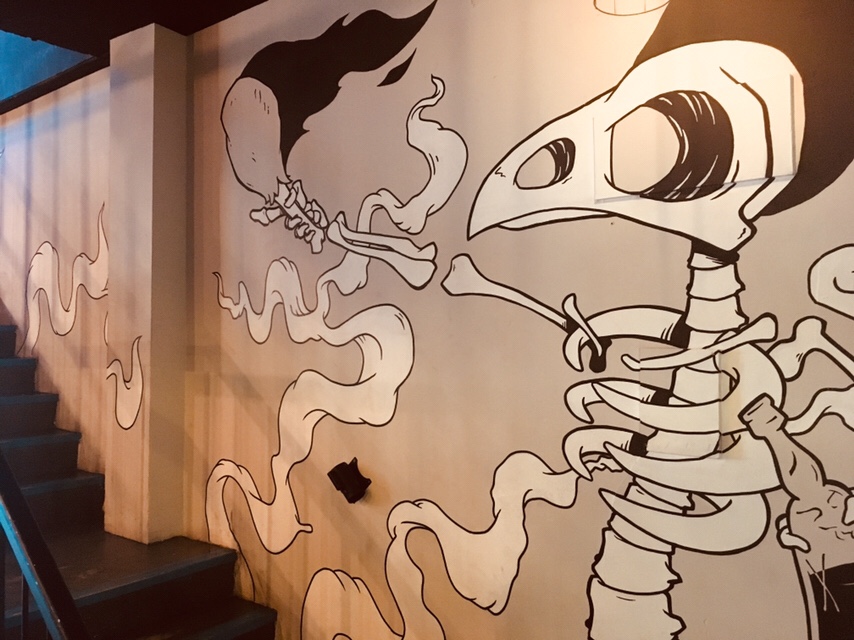 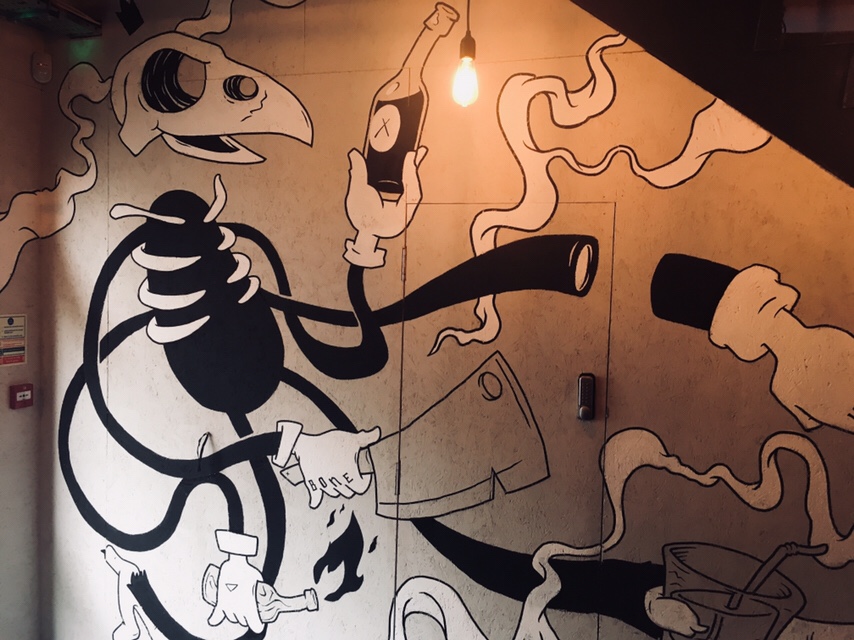 Off the back of a successful collaboration with The Meat Shack last year, the premise is simple: really good fried chicken. There’s burgers, leg and breast pieces, wings and nibbles to choose from, and nothing else. That’s not a criticism; I wish other places would just stick to what they’re good at. 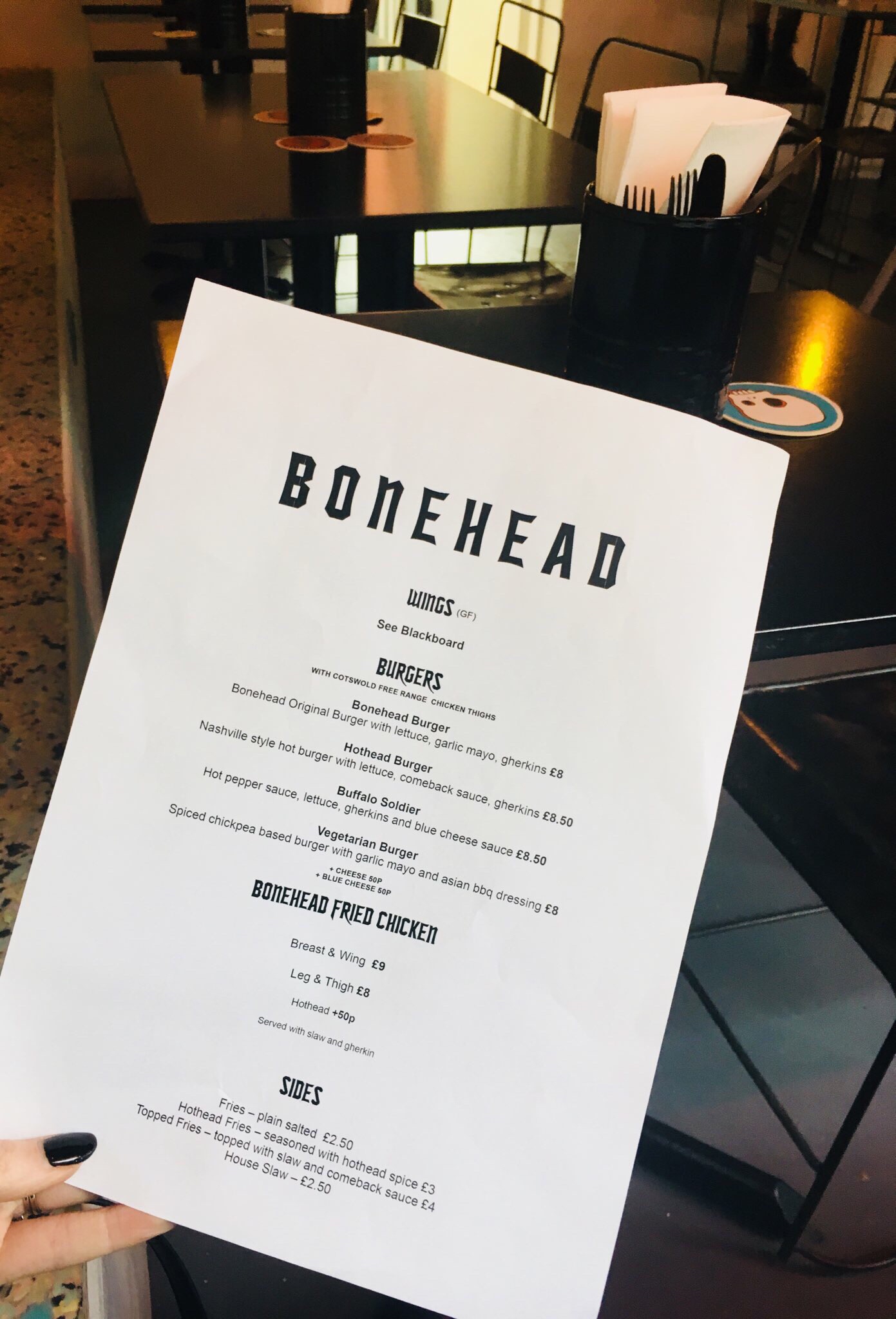 I over ordered. No great surprise there, you know me, but I’m so glad I did. First up one of two burgers available: the Hothead (£8.50). This is the spicier of the two you can get your paws on and an essential pick when you visit. I added cheese because.. well, cheese. The buns (sourced from Medicine Bakery) are the key to this burger’s success, as well as some seriously juicy meat. Succulent chicken thighs are coated in a well spiced rub and deep fried to crispy perfection. There’s a good chicken to bun ratio and the comeback sauce and pickles elevate but don’t detract from the chicken. Which is bloody lovely, as are the gnarly little extra bits of crunchy batter. If you’d rather have breast meat than thigh you can order pieces separately. 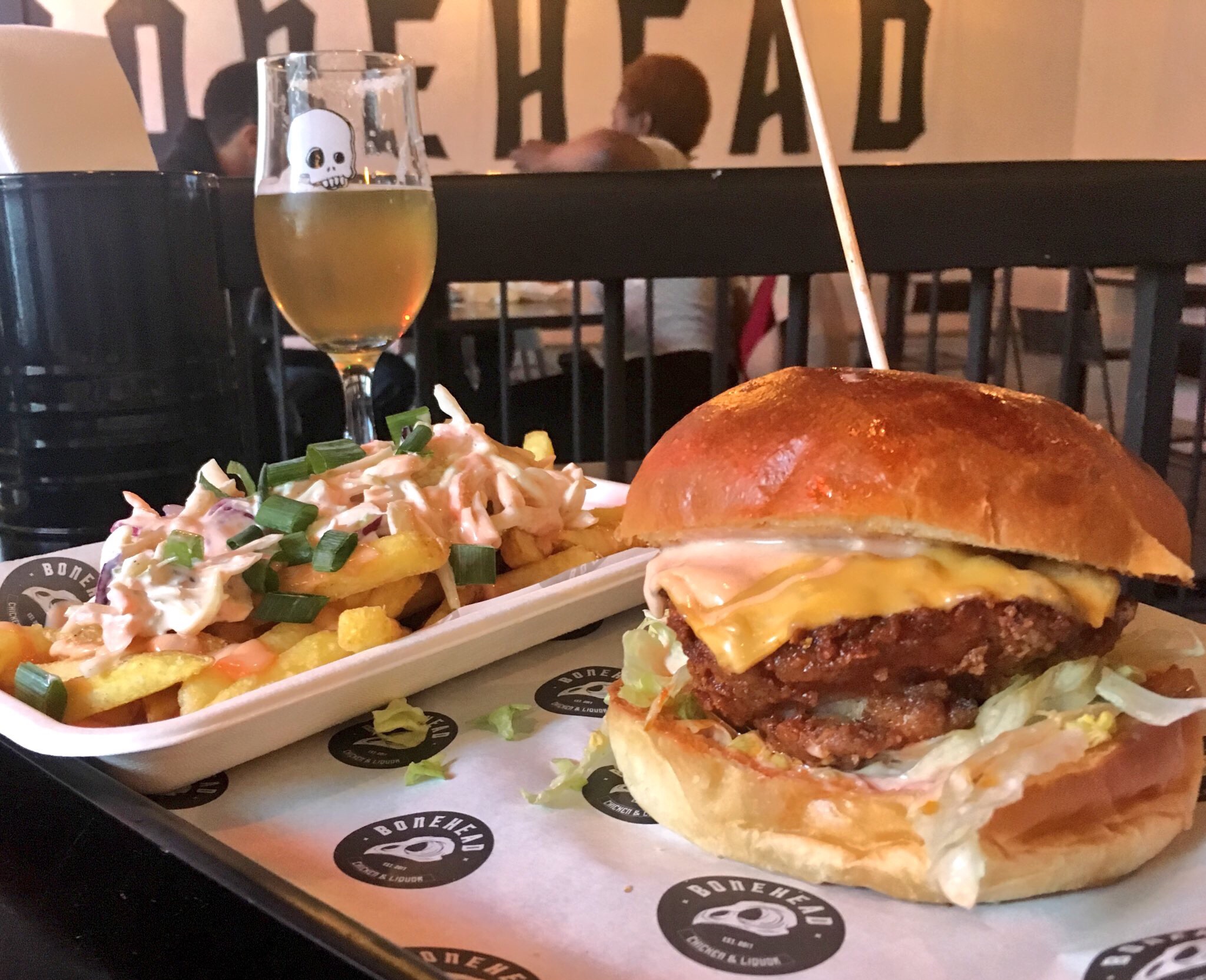 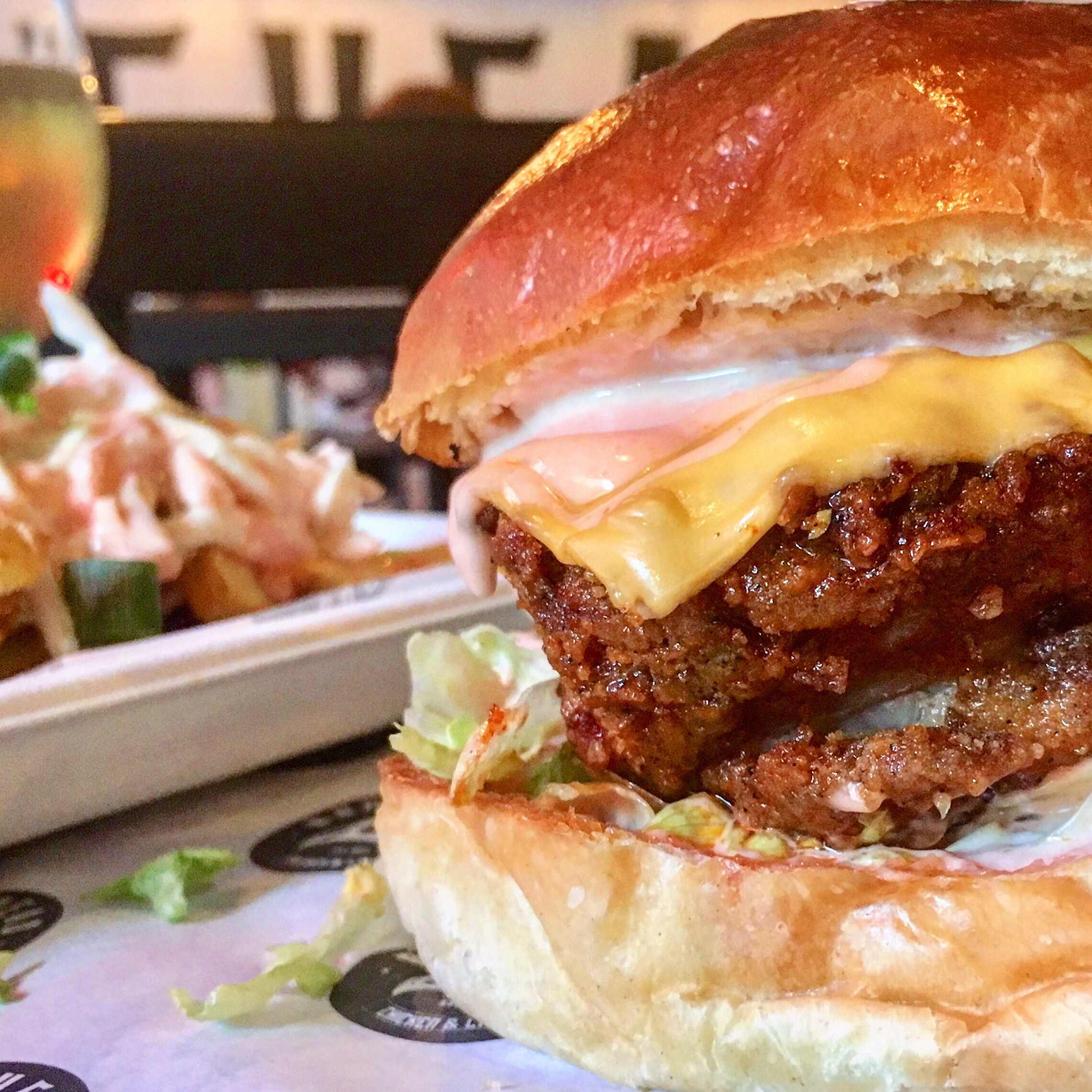 On to the pieces, and Ian’s Breast and Wing (£9) are some of the best fried chicken we’ve had in the city. Lightly battered, juicy and packed with meat to pull and suck from the wing bones, these are a worthy beer snack. As well as pieces, there’s four varieties of wings including a basic fried version if you like to keep things simple. The wing menu changes frequently, and what’s available can be found on the chalkboard above the stairs. 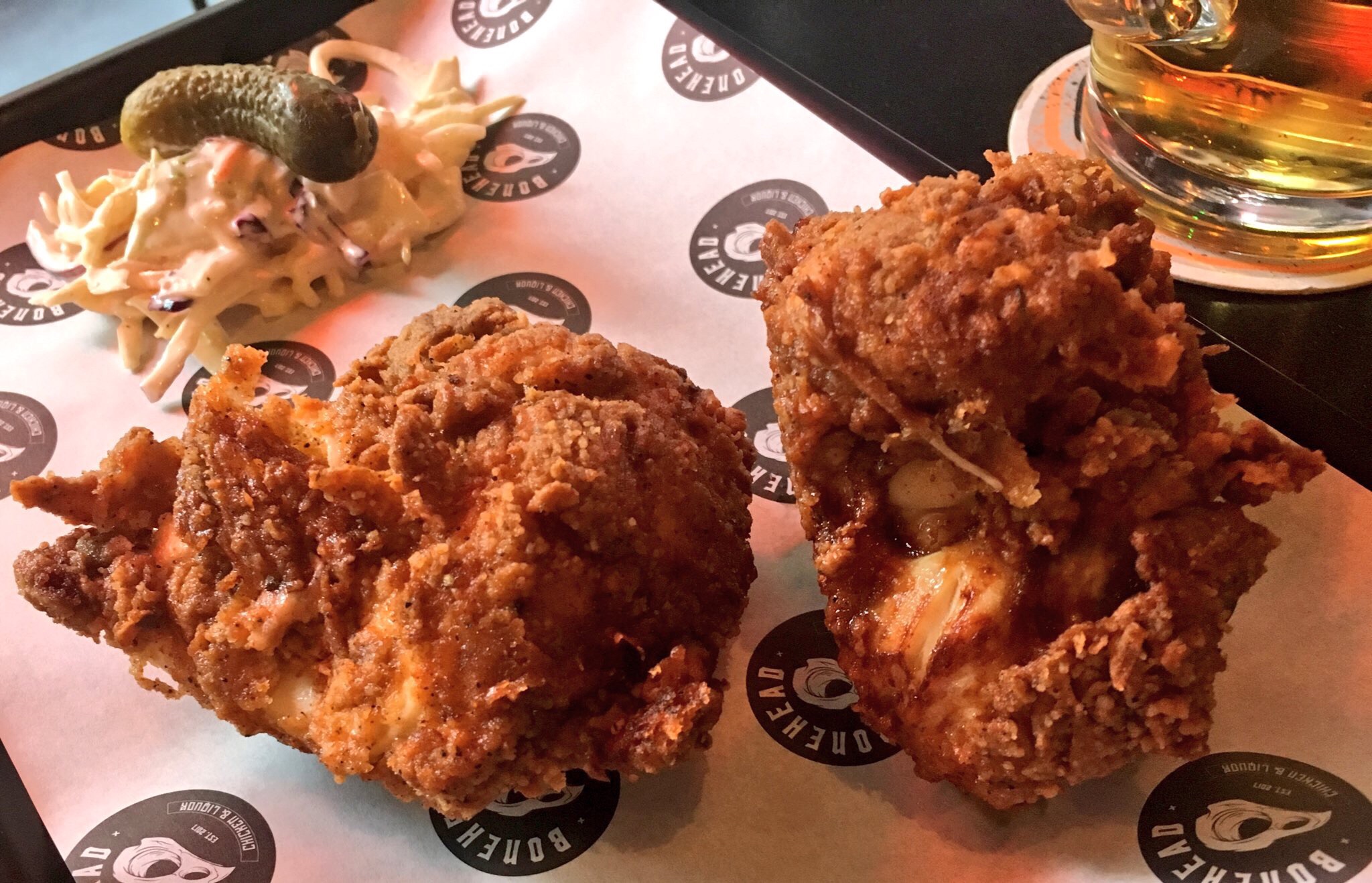 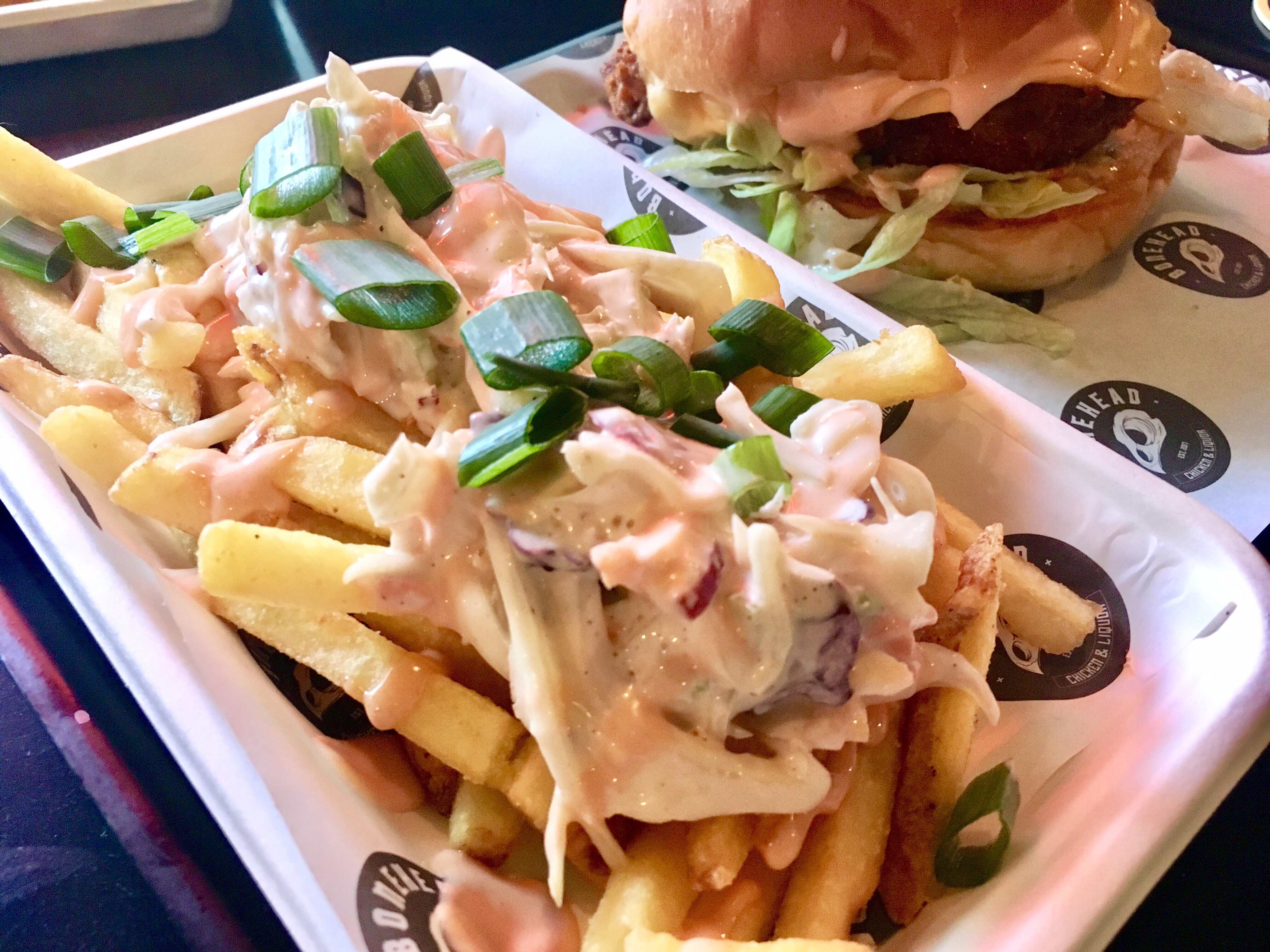 Topped Fries (£4.50) are the alternative to waffle fries which no longer seem to be on the menu. I’m told by Sham, who runs the joint, that these will be back soon. The fries are perfectly good in their original form (although could do with more salt) and the slaw is decent, but maybe a bit too sloppy. I think it might have changed since the opening week; now the slaw is super creamy, not the crispy asian-inspired version as per some initial visits would indicate. Anyway. For me, at least, the chicken is – and should be – the star of the show here, so I overlooked the slaw situation.

This chicky loves craft beers and hard booze – which consequently I’d like written on my headstone – and there’s some cracking options filling up the drinks menu. You can go screw yourself if you think you’ll find prosecco cocktails here. There’s all sorts of Beavertown beers on draft as well as a fridge full to bursting with craft beers and ales by the can. The day I visited a tap takeover had just started too, so there’s likely to be an ever changing array of beers to try. 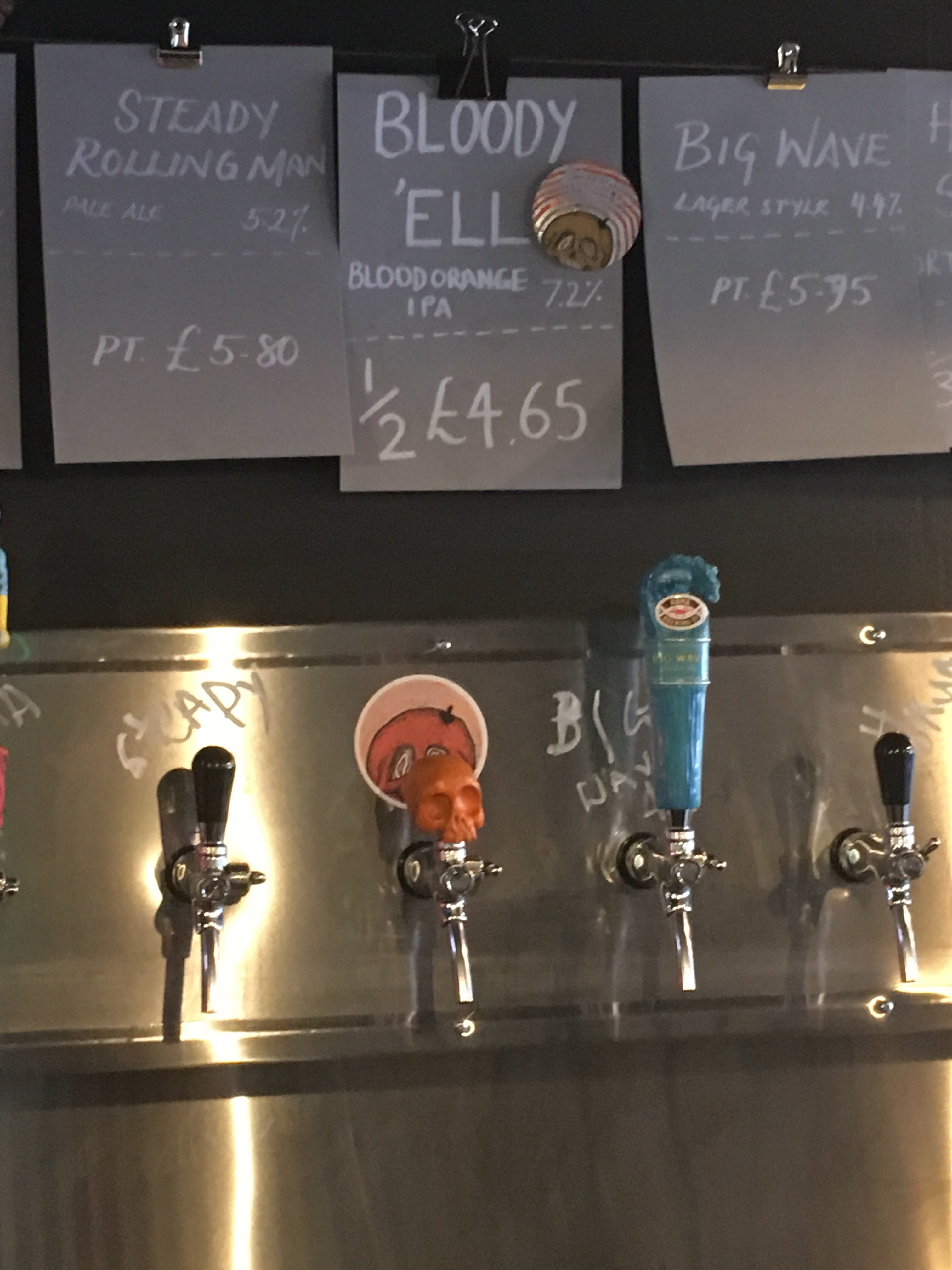 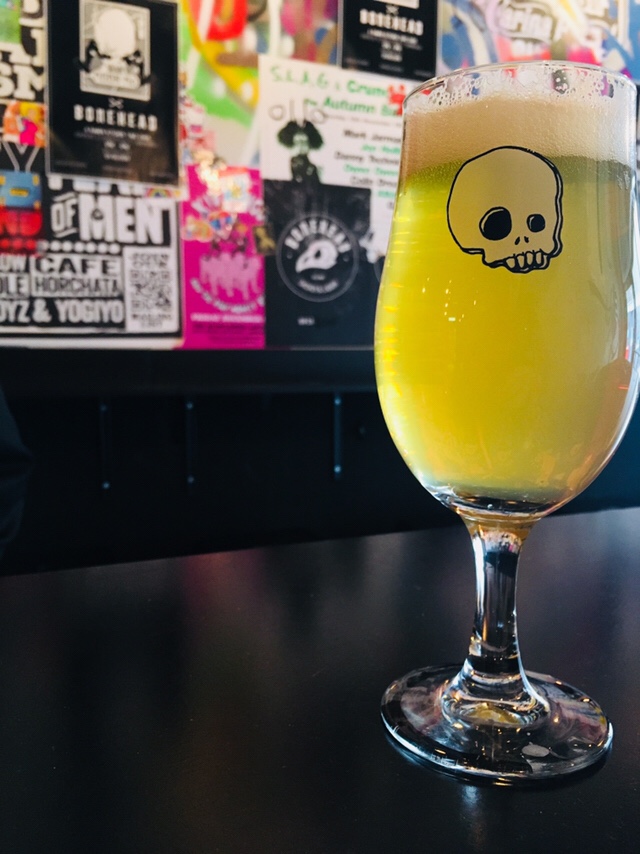 A main and a side each clocked in a few quid shy of £30. Unadulterated filth that’s a far cry from the garbage you’ll be served in a takeaway, Dixy Chicken this is not. The food is executed well and the staff are friendly and personable. It reminds me of a great dive bar I visited in San Fransisco and judging by the packed bar each night it’s already proving to be very popular.

Bonehead is open Wednesdays to Sundays. Will you be visiting? Let me know in the comments!

Disclosure: I paid in full. All photos and words are mine, as is the weight gain I’m going to experience now this place is open.