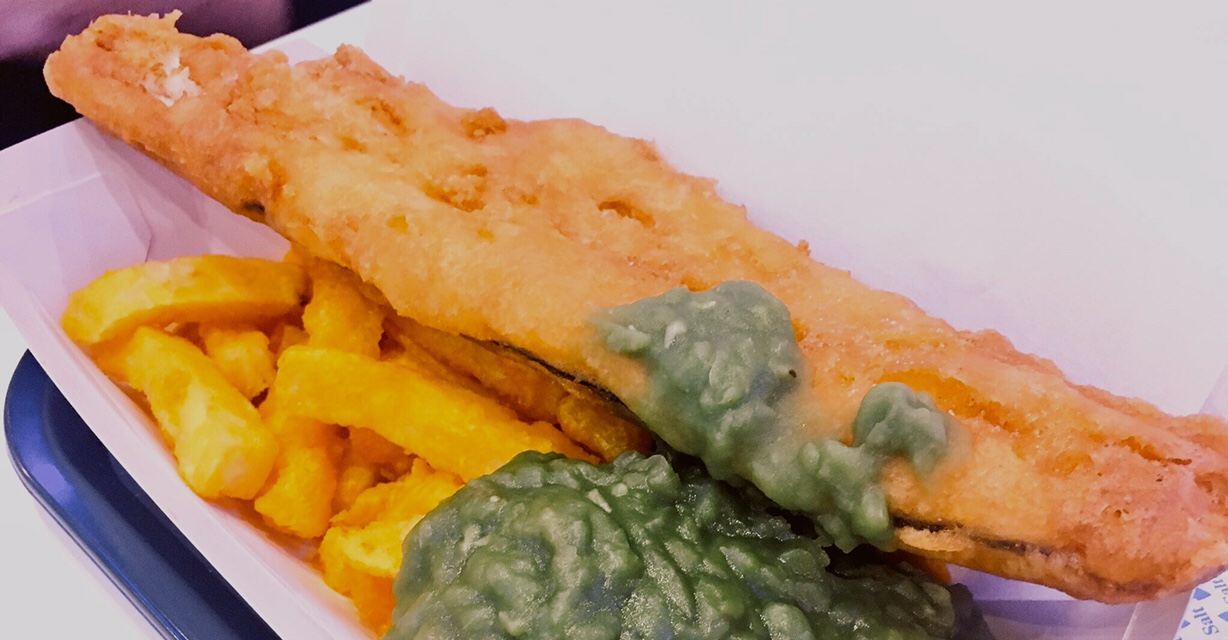 About 6 weeks ago I was moaning on Twitter about the lack of decent chippies in Birmingham city centre. As if by some chip-based magic, Tasty Plaice opened at Grand Central in April offering what it calls “probably the best fish and chips in the world.”

That’s quite a bold statement, especially for a small chain that mainly only has stores in the Midlands. I love Brum, as you know, but we ain’t exactly leading the way in terms of fish and chips shops. Also, my husband hails from Grimsby: the land of life changing chips and fish that’s so fresh it may as well jump from the sea into the fryer. So yeah, I have unusually high standards for a bird from Brum when it comes to fish and chips, it’s true. With that in mind, I had an agenda when I made my first visit to Tasty Plaice I must admit. Part of me wanted it to be amazing (so I finally had a go-to spot to get my chippy tea fix), the other half of me had pretty low expectations. So what’s the verdict?

Shimmied in alongside Nando’s, Tasty Plaice is a brightly lit and decent sized casual restaurant in Grand Central. You’ll smell it before you see it, although the yellow and white neon signs also give the game away. Inside it’s all quite busy. Blues and greens add colour to the room, some random potted shrubs add some confusion. You order at the counter like a school dinner and grab a free seat where you can find one, or order your food for takeaway. To be honest it’ll come out looking exactly the same so I’m not sure why the in/out question is even asked. 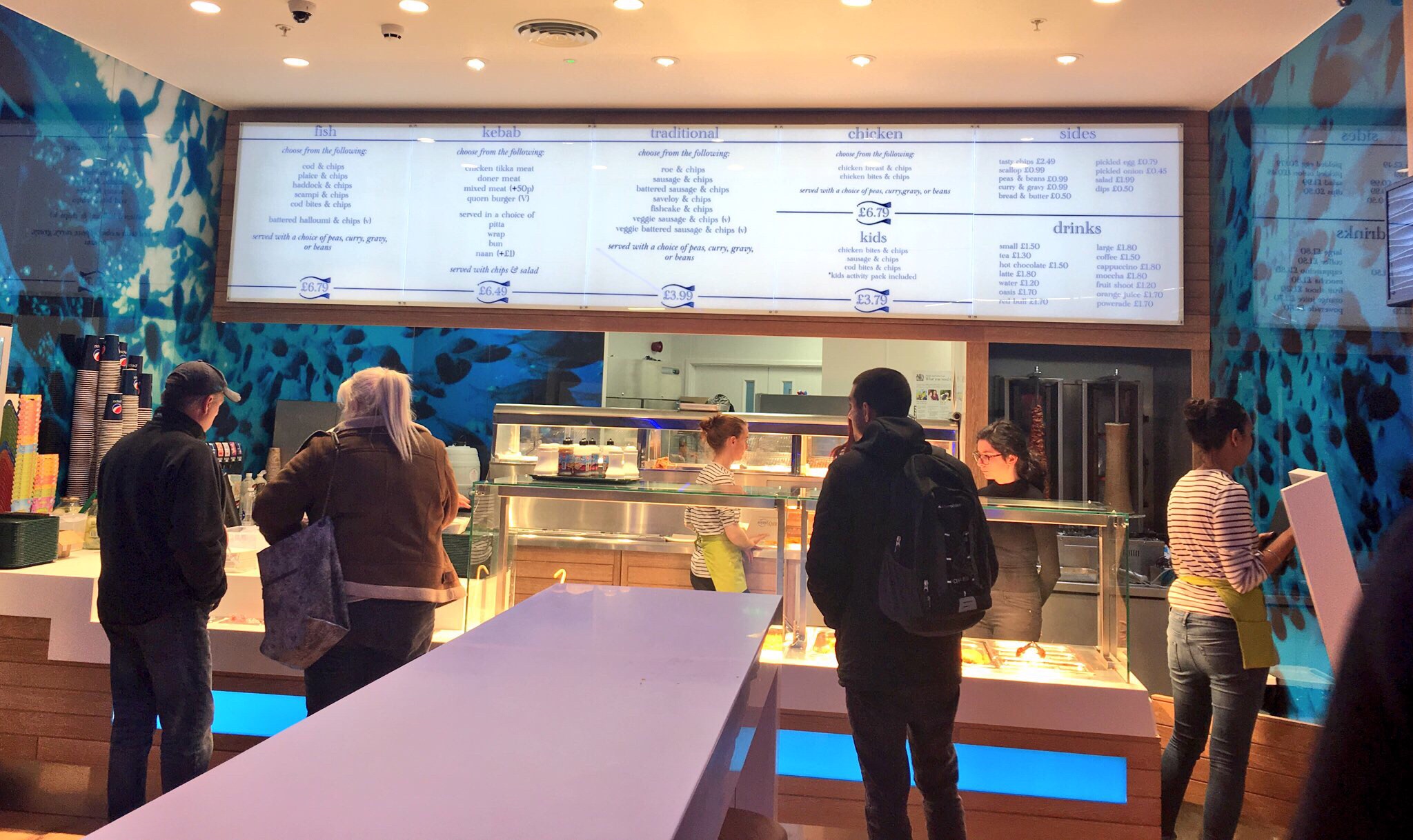 It’s pretty much the standard chippy choices, including various battered fish options served with your choice of either mushy peas, curry sauce, gravy or beans. There’s also various kebabs in pitas but being that I had The Husband in tow it was fish or nothing. We kept it simple sticking with a classic and our ‘usual’ of Haddock, chips and mushy peas (£6.79). 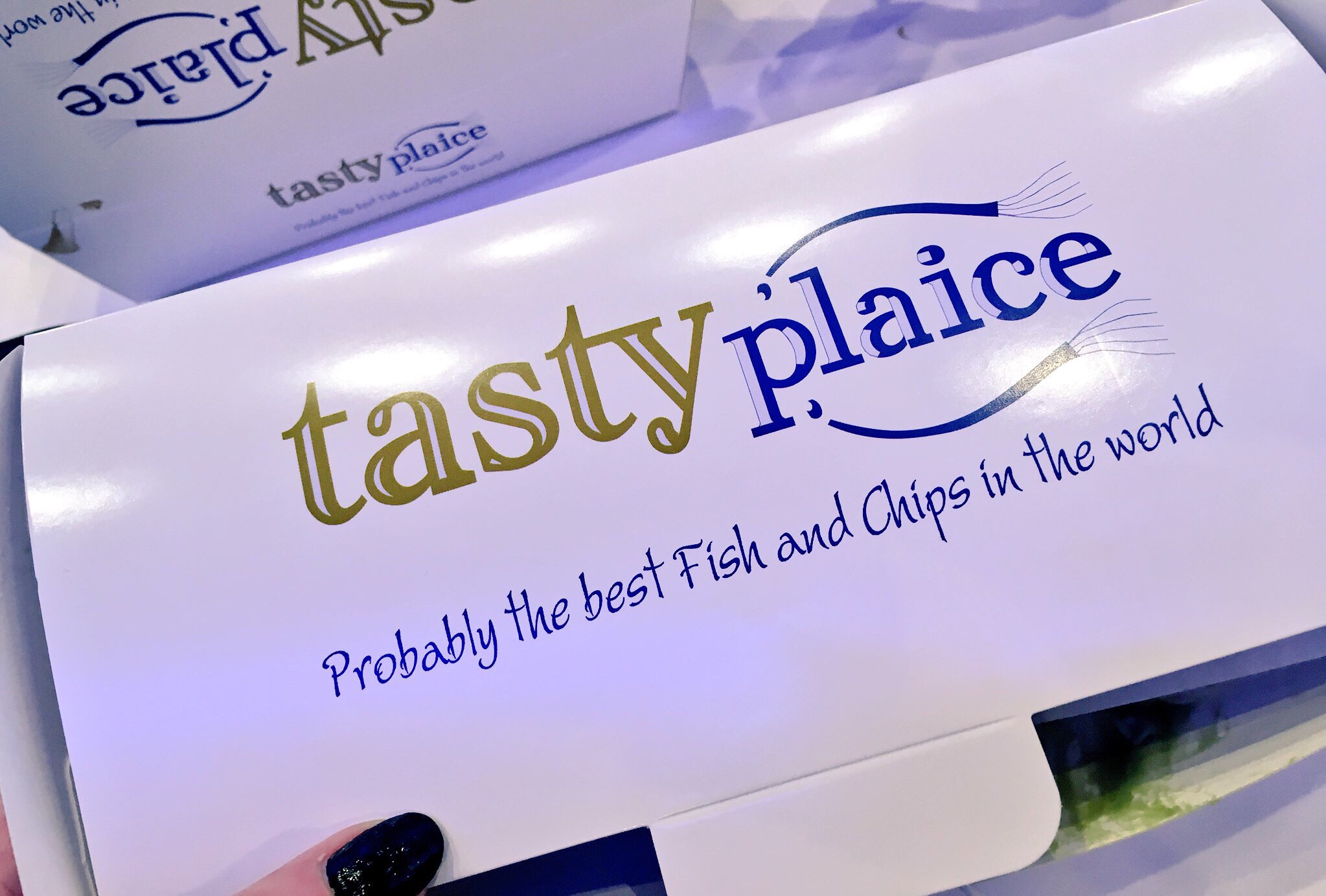 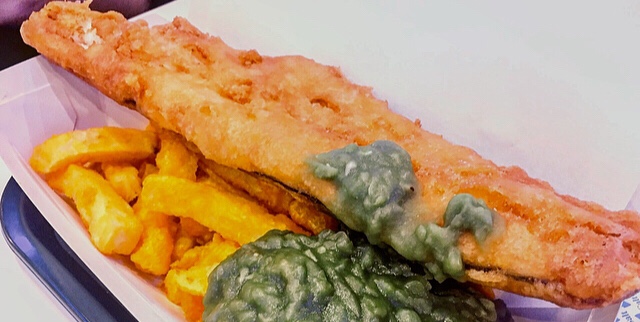 So let’s start with the positives. The service was swift and the food was (mainly) all freshly cooked and piping hot. The fish fillet was a fair size with satisfyingly crispy batter, and the chips had a nice fluffy centre. Unfortunately, the chips are also neon yellow thanks to a coating that adds zero extra flavour but gives you a migraine just looking at it. I assume this may be a take on the battered chips you find in the Black Country, but here it just looks a bit odd. And yellow. The mushy peas were more grey than green (not helped in the photo by an aggressive blue ceiling light that is inescapable regardless of where you sit) and lukewarm at best.

Is it life changing? Not unless you like yellow food, but it’s unpretentious and knows its audience. They want you to enjoy a quick meal and be in and out for the next customers to take your spot, and for a speedy lunch or dinner they have their offering nailed. Do they offer the best fish and chips in the world as promised? No, but they’re not bad for an ‘on the go’ bite to eat.

Will you be trying Tasty Plaice? Let me know in the comments.

Disclosure: I paid in full. All photos and words are mine.