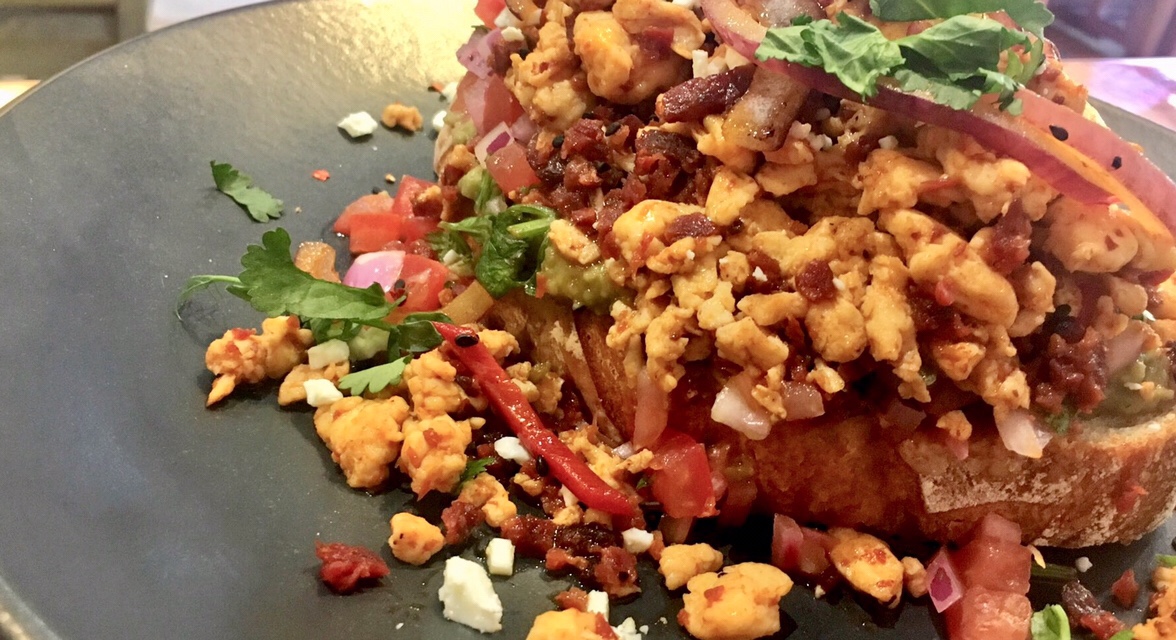 When I think back to my first breakfast at Orientee Artisan Bakery and Cafe it now reminds me a bit of how I felt when Channel 4 chose Leeds over Birmingham: I wasn’t upset, just a bit miffed.

I’ve been meaning to writing this post for a while, but I’ve not really been enthused or irritated enough either way to do it. Truth is, I was utterly ambivalent about my first experience at the new Dale End cafe – and for me that makes both writing and reading a review quite tricky. I’ll keep this one short and sweet for now, for your sake as well as mine.

Found half way somewhere between Scruffy’s pub and that McDonald’s that’s only good for watching teenagers batter each other with sticks, Orientee Artisan Bakery sits on a street that can best be described as ‘colourful’. A rabbit warren for the city’s top lunatics, I don’t venture down there unless necessary for fear of someone trying to steal a kidney. The guys behind the counter know all too well how grim the street is despite having only been open a few weeks when I first popped in. “Yeah, there’s some right characters down here,” one said, smiling like he had a gun to his head. Being Dale End, that’s not entirely impossible. Location aside, the cafe-come-bakery is pleasant enough, with plenty of seating and nods to the Orient scattered on the walls. 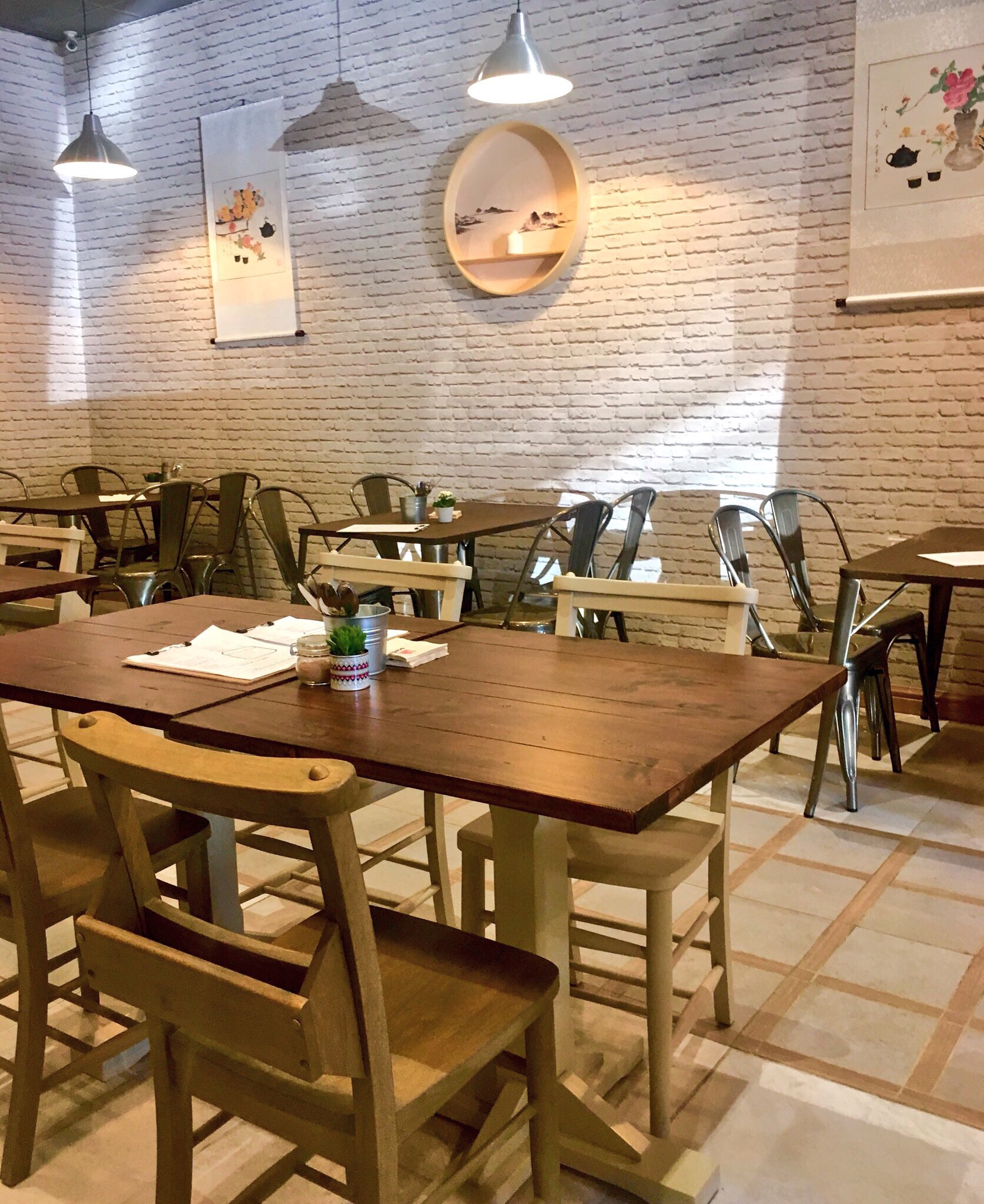 As well as selling freshly baked loaves of sourdough and ciabatta from the counter, this place serves up breakfast, brunch and lunch. Its offering is undeniably cheap (most dishes come in under £6) which is only amplified when you see the portions – which are massive. As are the ingredient lists for most dishes – does anyone actually need 11 things combined on a piece of toast? – which in many cases read more like a grocery list than a breakfast. While I’m a big fan of ‘more is more’, some of these border on the bizarre. Beetroot hummus with your citrus red cabbage, sir? 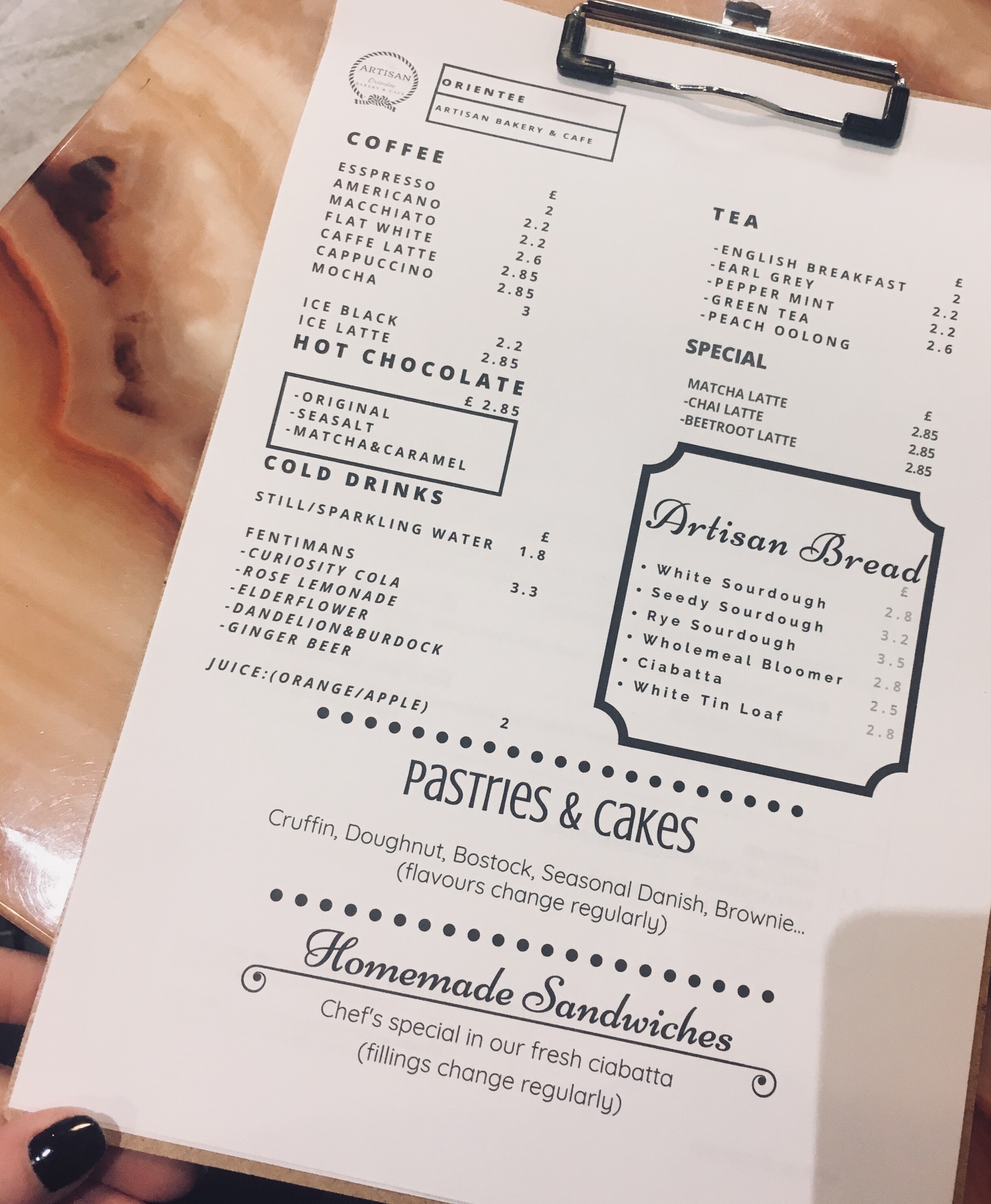 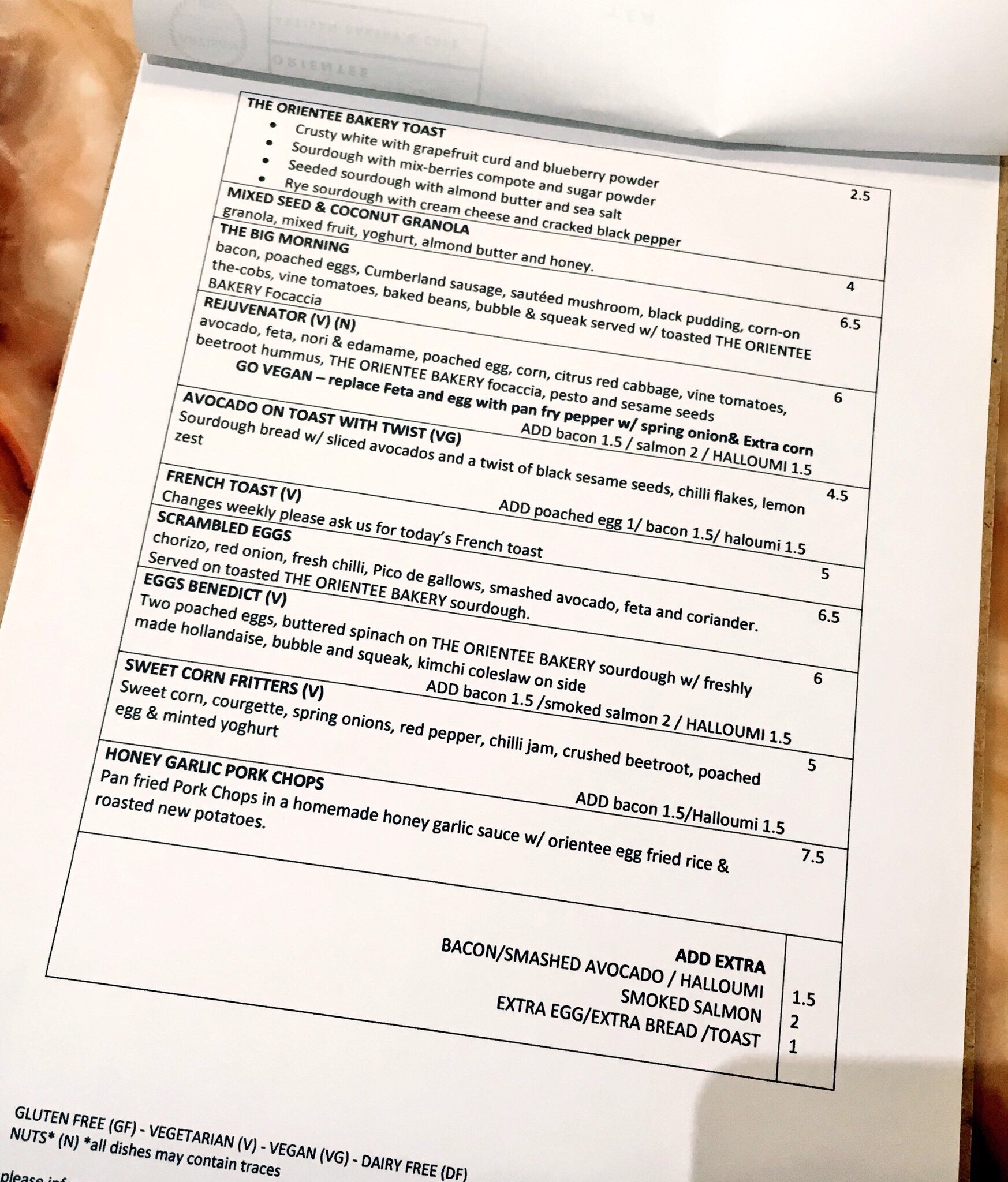 I ended up opting for the Scrambled Eggs (£6.50) which the menu told me came with chorizo, red onion, red chillies, salsa, smashed avocado and feta. Oh and coriander, because why not. I assumed, albeit naively, this would come served with some sort of order or arranged in a way that meant one would get to try the elements individually to some extent. The result was a mountain of food that had been thrown together – presumably in the dark. Simply put, there was just far too much going on, and the more I ate the more unenthused I became. 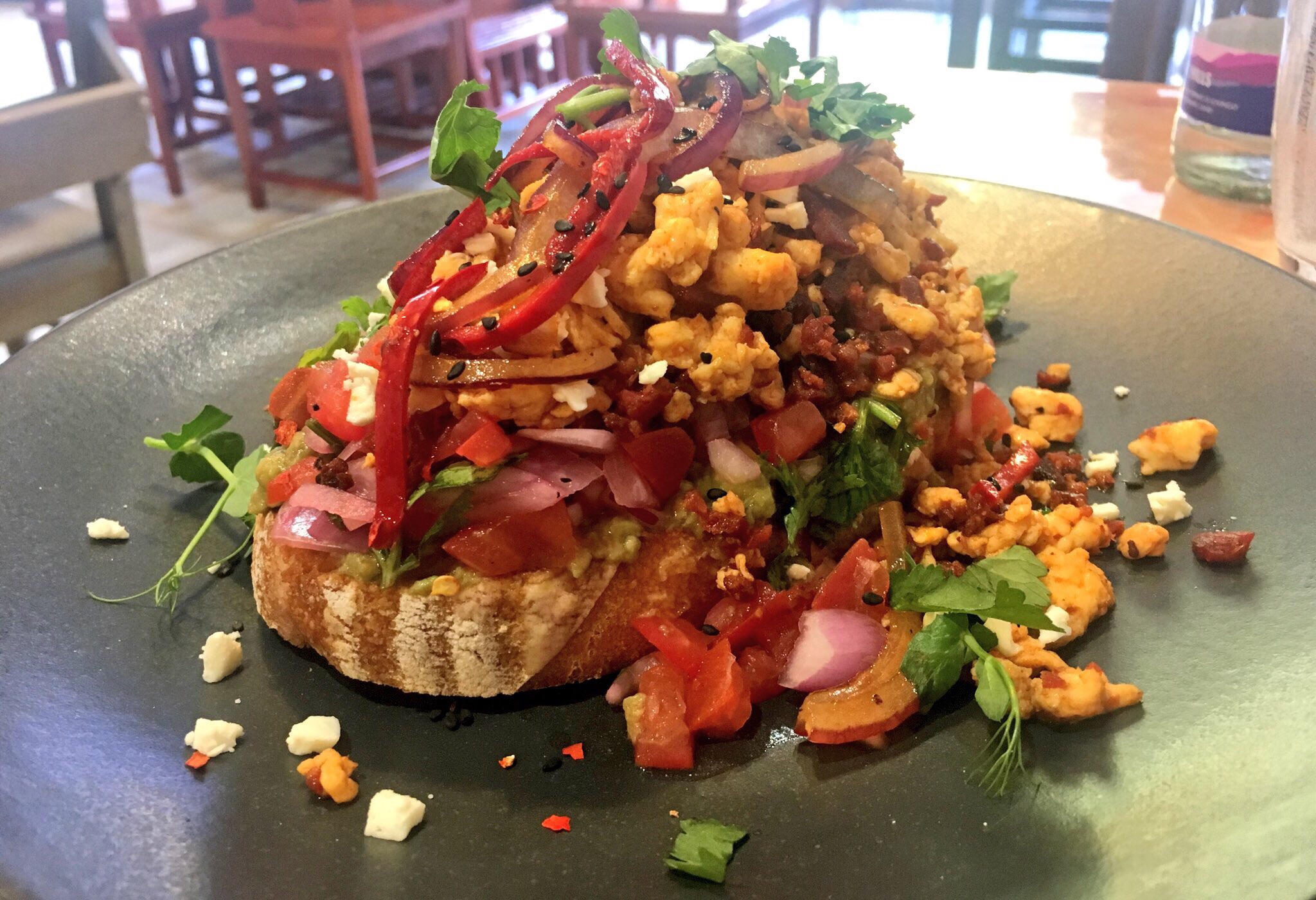 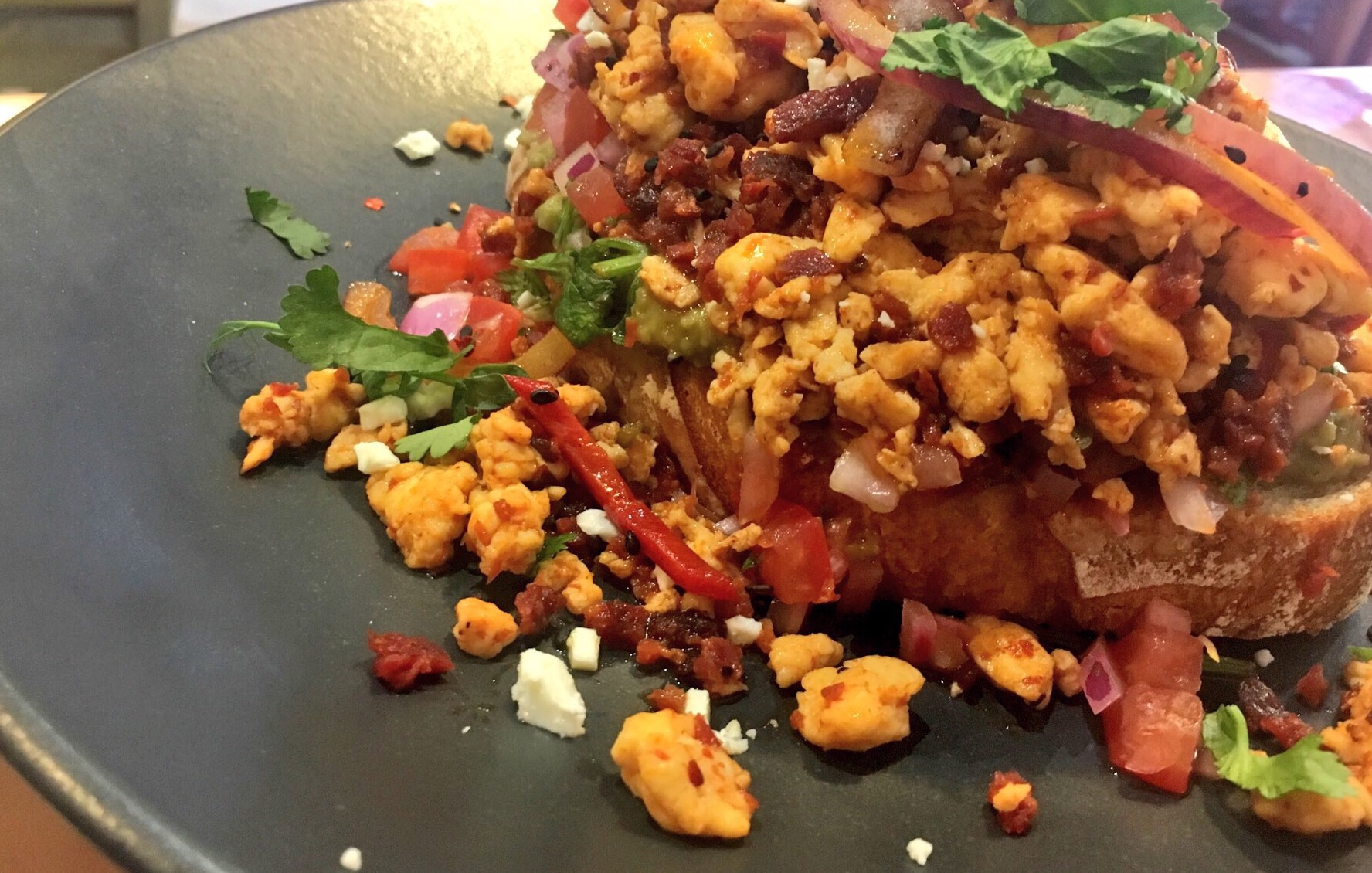 Whilst the house-baked sourdough topped with avocado was nice enough, the scrambled eggs lacked moisture and were flavoured almost entirely by the chorizo. The raw red onion and coriander overpowered much of what was left, and I struggled to find any feta at all. It wasn’t entirely disappointing but neither was it all that interesting, with far too much of the lesser ingredients detracting from what I actually wanted to eat – the scrambled eggs. I managed half of the pile before I conceded defeat, feeling both full and uninspired. Like my university boyfriend I dumped right before graduation: I just didn’t care enough to make a real go of it.

I got the feeling plates are left half finished a lot, with my affable server noting, “It’s a lot of food isn’t it?” Yeah – it’s also just not particularly inspiring either. And so here we are; a month or so later and I still haven’t returned. I’m not against trying something else but nor am I rushing back to spend my money. This place is well priced and its portions are generous beyond belief, but does that seal the deal when the food is a bit all over the place? The fact that I wasn’t in a rush to tell you about my experience would suggest not.

Truth is, I want to support independents and I’ll make an effort to go back and try the lunch menu at some point, but Orientee Artisan Bakery is not top of my list. There are other places within 5 minutes walk doing better at the moment.

Disclosure: I paid in full for all food and drink at Orientee Artisan Bakery. All words and photos are mine.