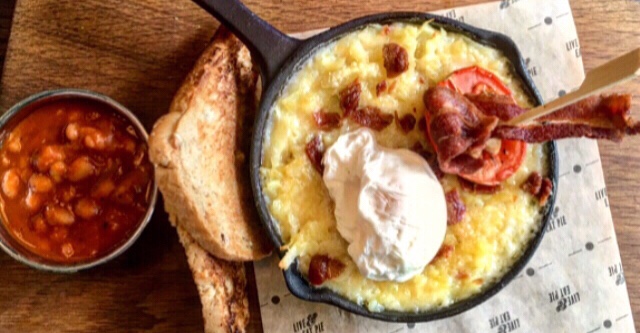 There are seemingly an endless array of bottomless brunch options in Brum now, the latest I’ve tried is the Pieminister Birmingham offering.

Back in April I spent a Saturday afternoon getting quietly toasted at the ‘posh pie’ shop which can be found on Waterloo Street. This was my third visit to Pieminister Birmingham, having been when it first opened and again after a messy Sunday in the pub. I think enjoyed both times, though in all honesty I only really remember the former. Thirty three and thriving and all that. 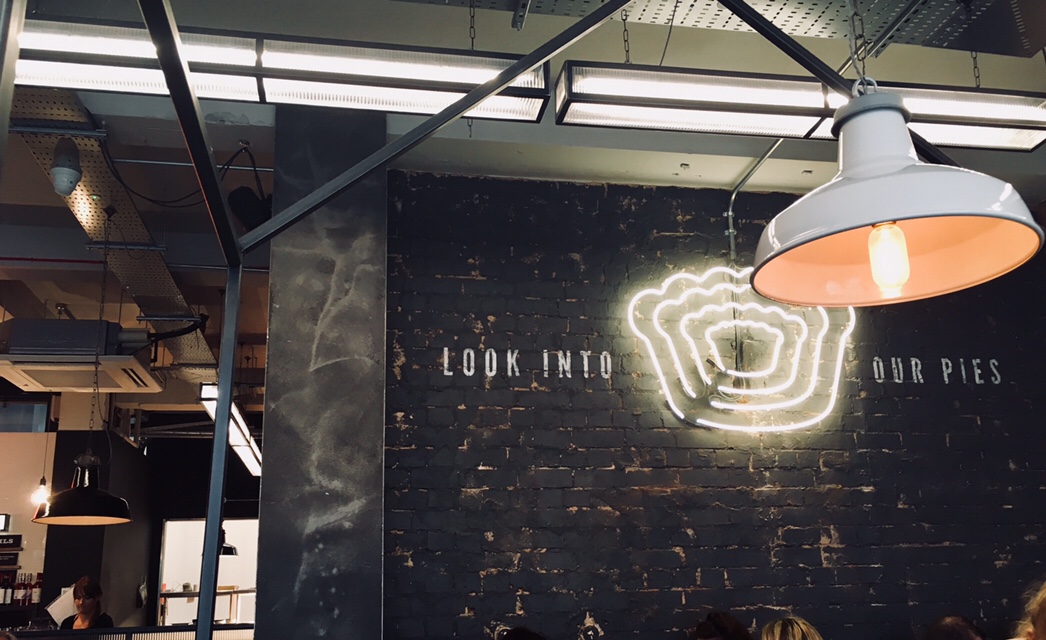 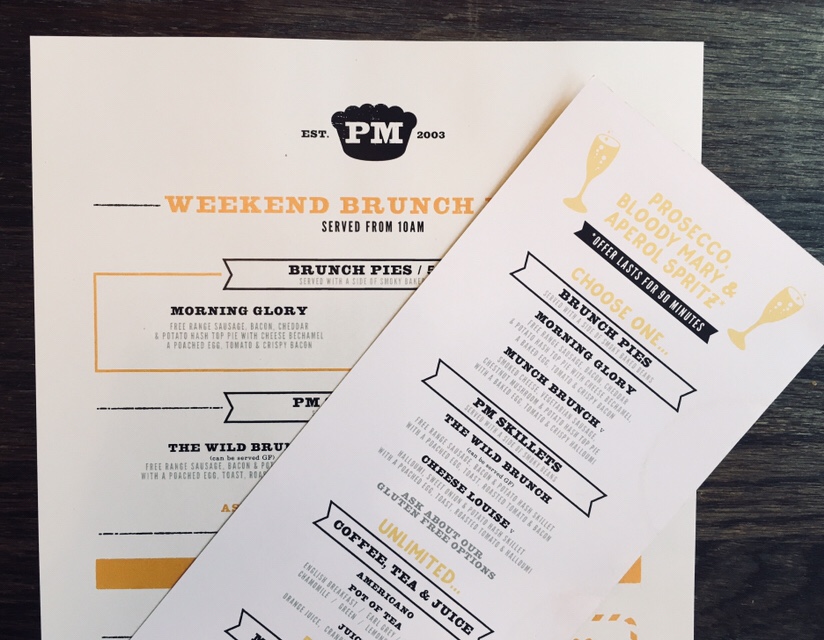 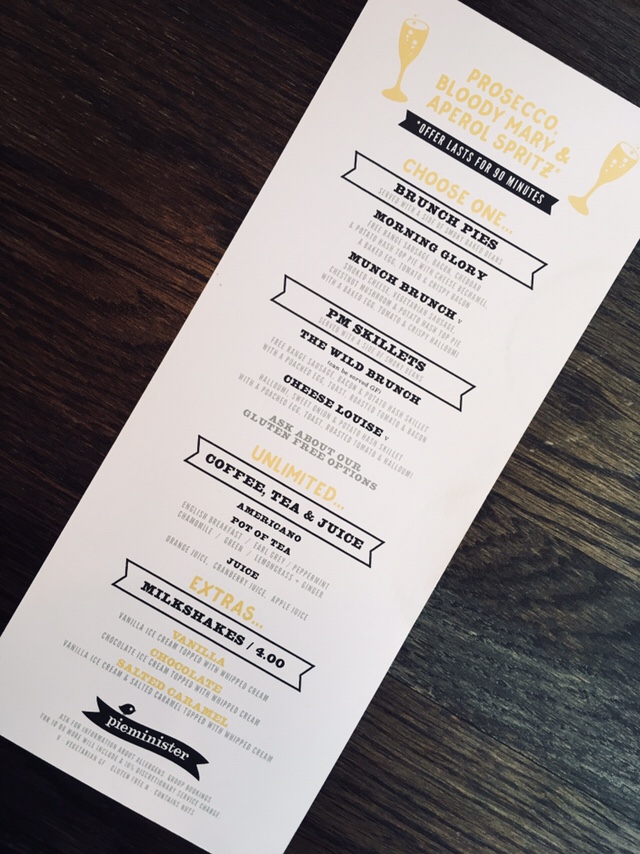 Let’s start with the good. The selection of drinks available is decent and at twenty quid it’s one of the cheapest bottomless brunch options in the city. Also, because it’s 90 mins rather than 2+ hours, you leave still knowing your name. Drink options include fizz, Bloody Mary’s and Aperol Spritz, plus hot drinks and soft alternatives if you don’t want the booze or fancy a change midway. 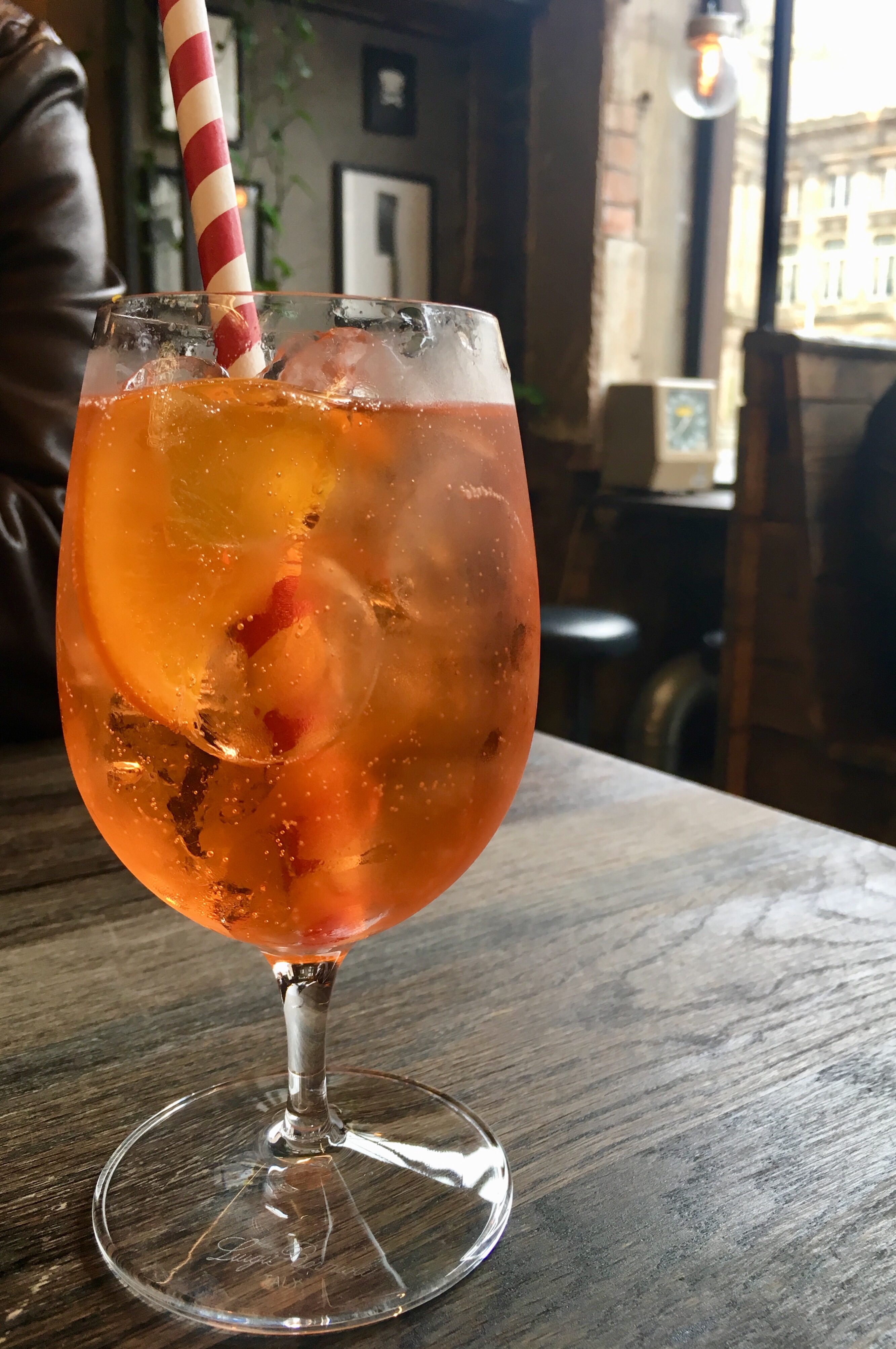 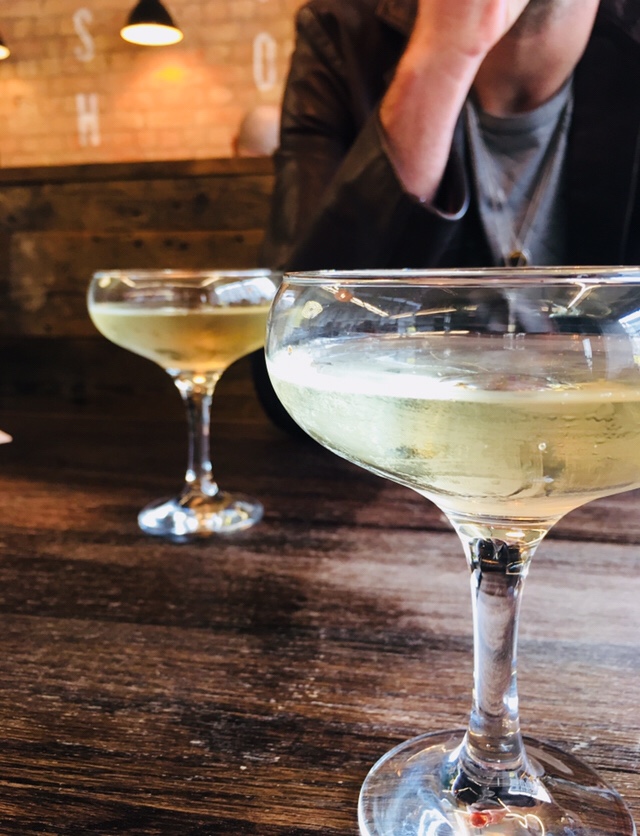 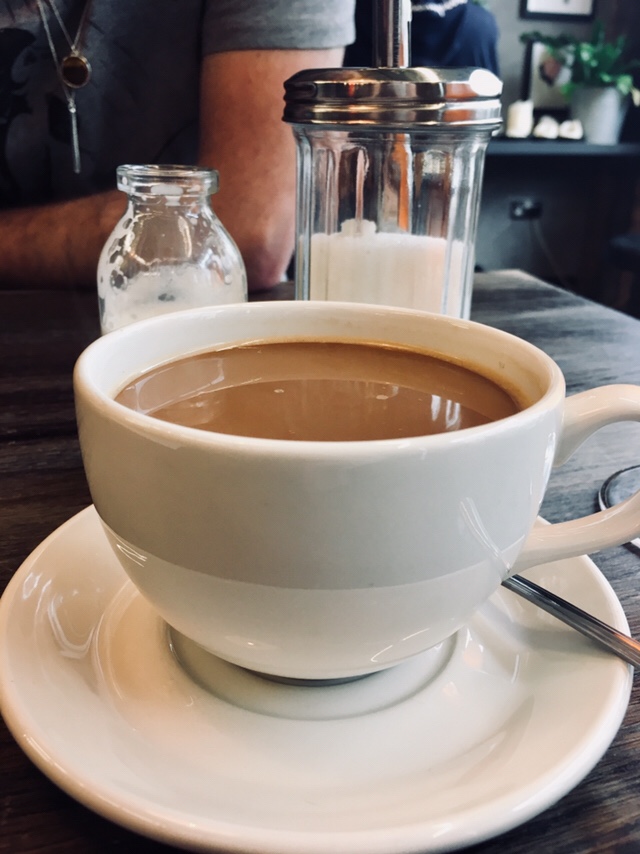 The food came quickly and looked pretty good; I opted for The Wild Brunch Skillet and Ian the Morning Glory Pie. The pieces of sausage in both were herby and meaty. The solitary piece of bacon was crispy and full of porky flavour (I just wish there had been more of it) and I can’t fault the poached egg which was perfectly oozy. The Morning Glory pie came with the same egg joy, and I was jealous of the less claggy sauce (more on this later) the pie contained compared to the skillet. 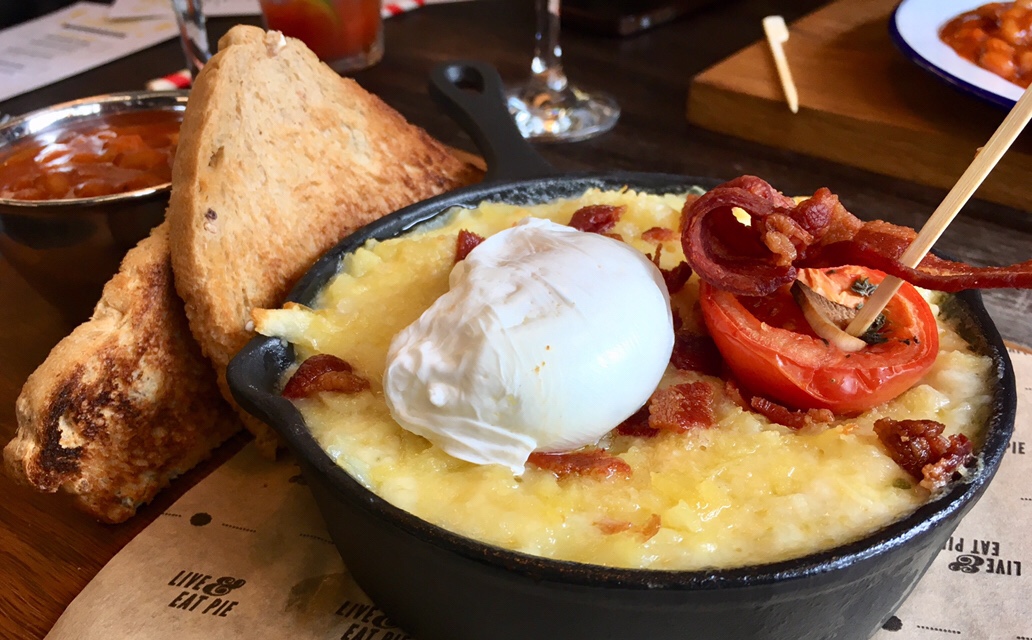 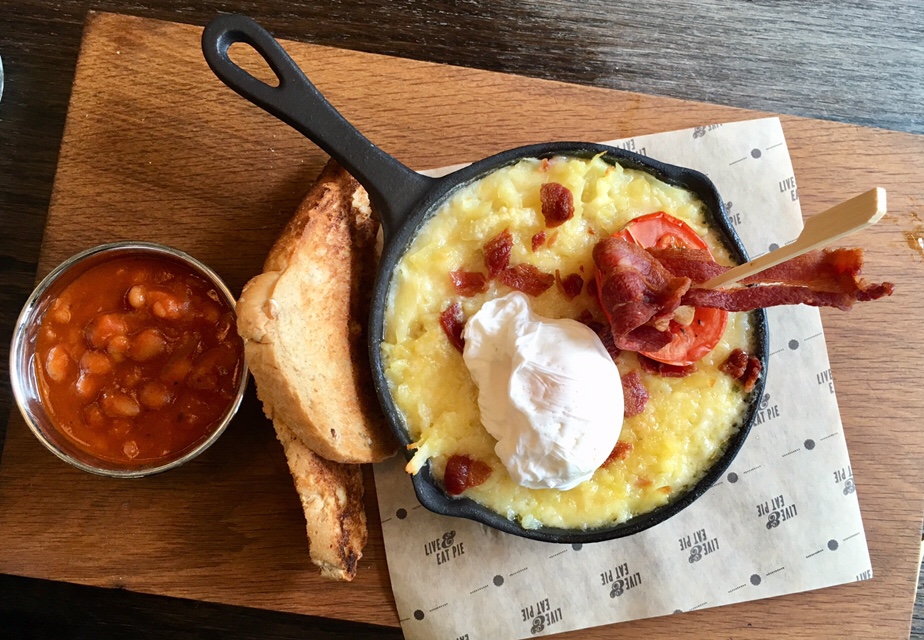 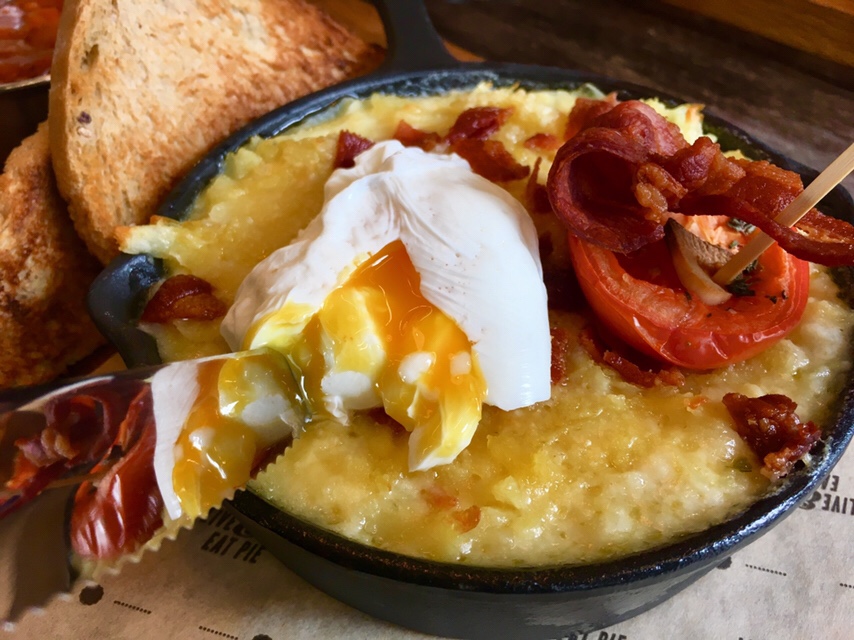 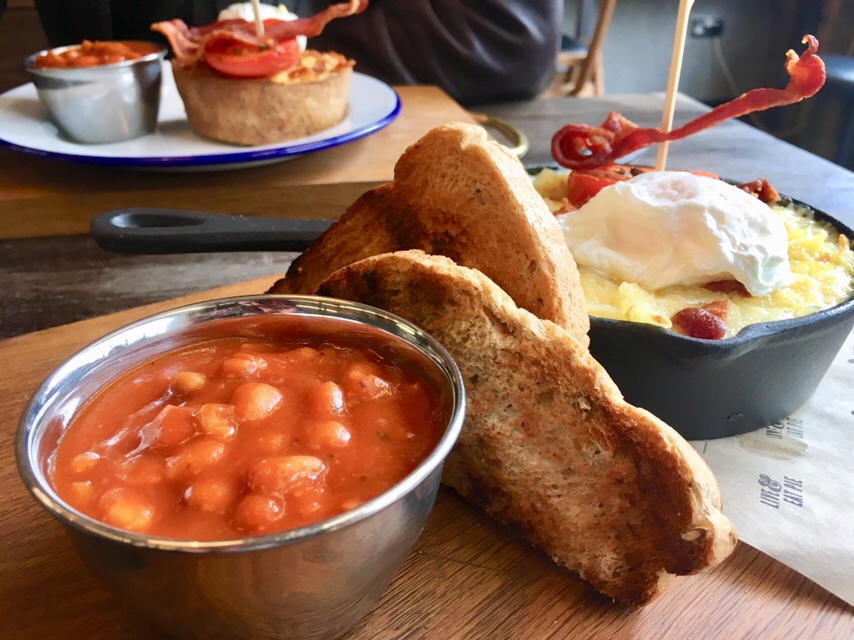 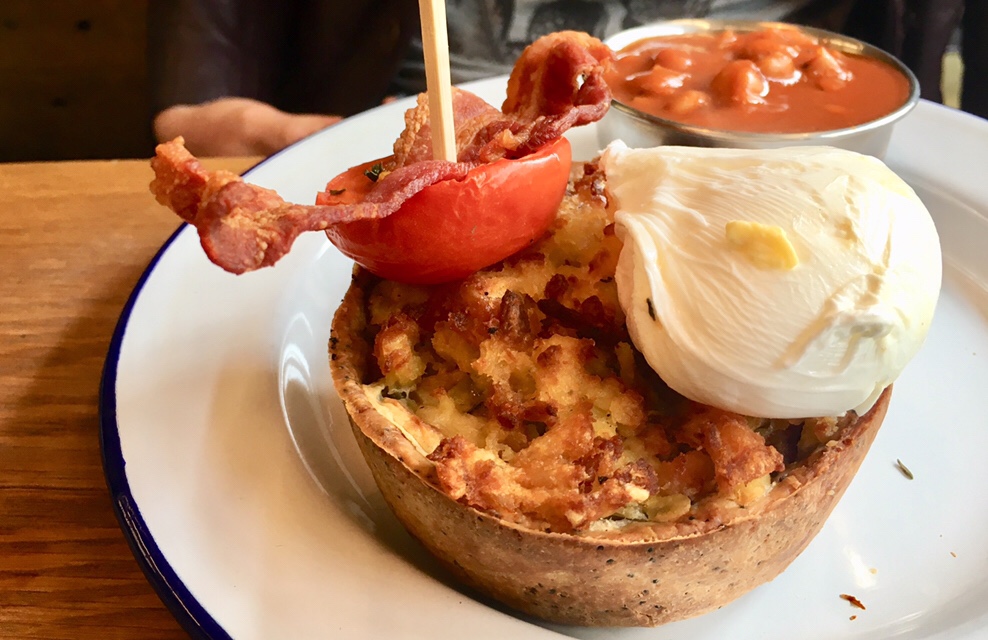 The less brilliant aspects included time slots and food choice. There are two sittings (11-12:30 and 3:30-5; we were in the latter) and eating a breakfast pie mid afternoon actually felt rather odd. Not bad, per say, I’m just not someone who usually drinks Bloody Mary’s and eats brunch dishes at 4pm. There’s only four food options (two pies and two skillets) which makes the choice quite limited, and of that foursome two are basically the same just minus pastry in the case of the skillet. If you don’t like sausages, borderline bland “smoky” beans and cheese you’re not going to get a kick out of this offering.

My skillet was also filled with a claggy white sauce that no one in the restaurant seemed to be able to tell me what it contained which I found mildly concerning. I asked 2 people, who also asked the kitchen staff, and the vague answer of “it’s just a basic white sauce” left me a bit bemused. That implies to me that whatever it is clearly isn’t made in house, or no one in the confines of the kitchen can read a label. The floor staff also forgot our drink orders a few times which was ok the first time but fairly annoying by the third – especially considering the place was only half full and there’s only 3 booze options to remember.

A bit of a mixed bag all in all. The Bottomless Brunch at Pieminister is currently available twice a month and upcoming dates can be found online. Personally, for BB, I’d rather pay a few quid more and go to somewhere like Lost & Found which offers better value for money, or Hotel du Vin for the Sunday Lunch deal, but the price point will no doubt make this a popular option if they roll it out every weekend. I’d go back to Pieminister for a casual bite to eat but not for the brunch or the miscellaneous white goo.

Would you give the Pieminister weekend brunch a go? Let me know in the comments.

Disclosure: I was invited to try the brunch but wasn’t asked to write about the experience. All photos and words are mine, as was the aperol buzz I left with

@CarverAdam UK based organisation. Along with educating you and others about the injustice within the UK police system . There are many families who still don't have justice. Including Kingsley Burrel from Birmingham .

If you don’t understand any of the Black Lives Matter movement, here it is distilled in one beautiful clip. https://twitter.com/dannychun/status/1267642764583264256

Just now in LA. Cops show up to a store that requested help against looters and immediately put the black store owners in handcuffs.