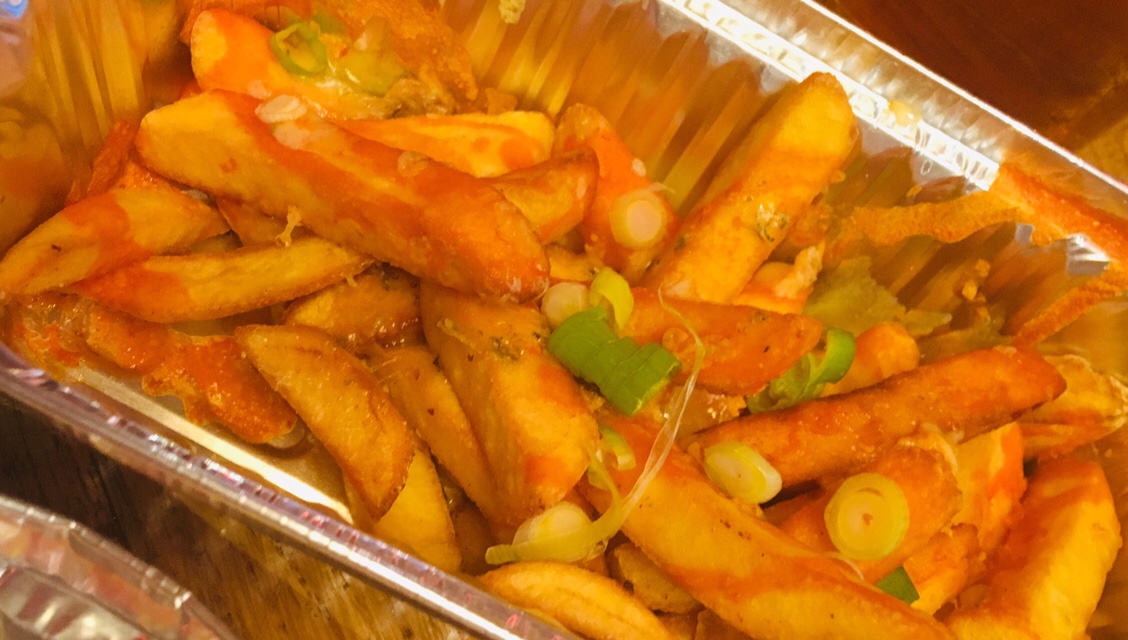 If you’re a fan of half-arsed bar food that has as much personality as the cheap tin trays it comes in, you’ll love Walkabout on Broad Street.

I didn’t go to this bar with high hopes (in fact I had extremely low expectations considering it was a decision based on limited New Year’s Day choices open near my flat) and I’m far from a food snob, but I can honestly say the entire experience was dire. My husband summed it up best by saying he’d rather ‘shit in his hands and clap’ than come back. In hindsight, it was so unpleasant and underwhelming I’m only going to write a short post about this meal, because frankly I think I’ll burst a blood vessel if I spend much time thinking about how much it annoyed me. Strap in, kids – this isn’t a happy tale today.. 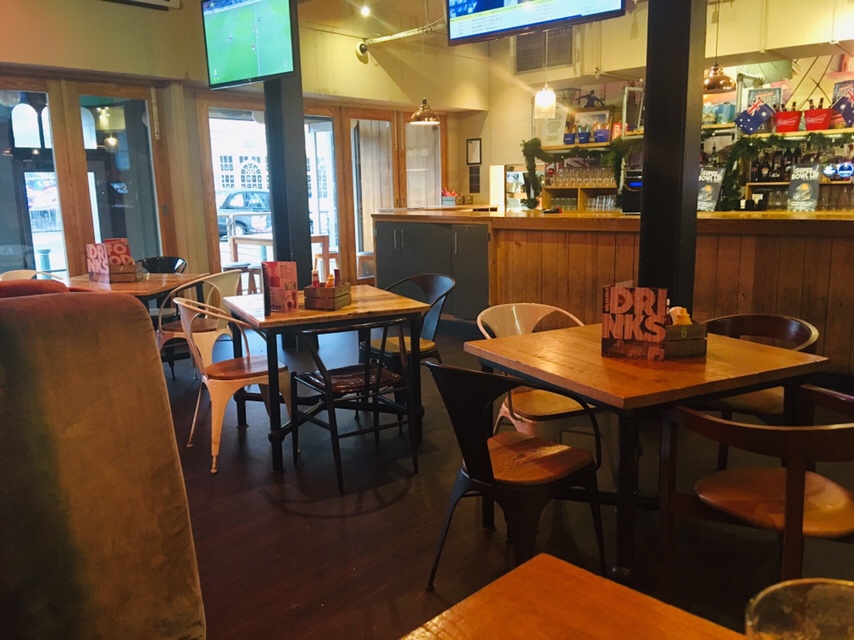 If you enjoy playing ‘what the hell is that?’ as your food arrives, you’ll love the Parmi Skewers (£4.95). Breaded chicken lumps fried to within an inch of their life are skewered and doused in a sickly BBQ sauce that would be better used to stain your garden fence. An animal died for this – and that’s a travesty. The ‘crispy bacon’ was more like floppy ham that had been crying – I don’t blame it, I’d be distraught if this was my destiny in life too. 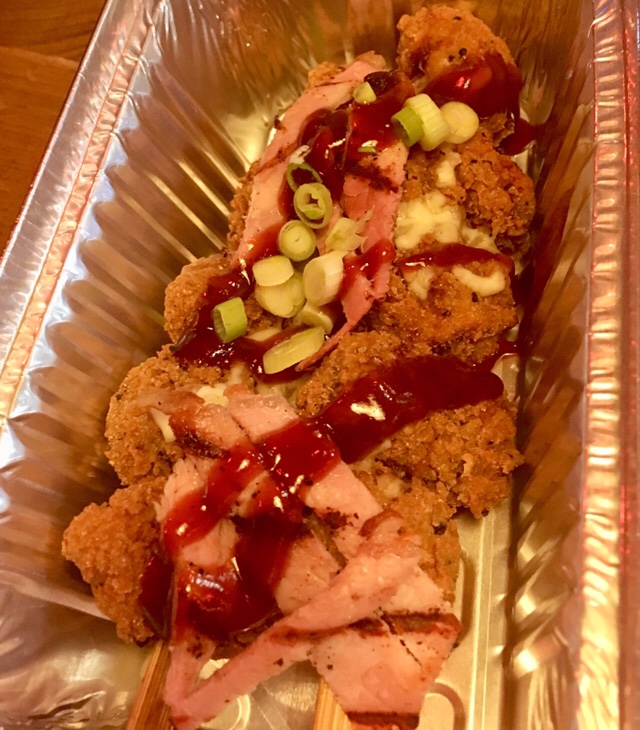 A portion of Angry Chips (£3.95) made me furious, so at least that’s vaguely in keeping with what they apparently wanted to achieve with this mess. A measly filled tin of luke warm fries came sparsely covered in buffalo hot sauce and what was left of the overcooked ‘crumbled Stilton’ I was expecting. It looked crap and tasted of very little. 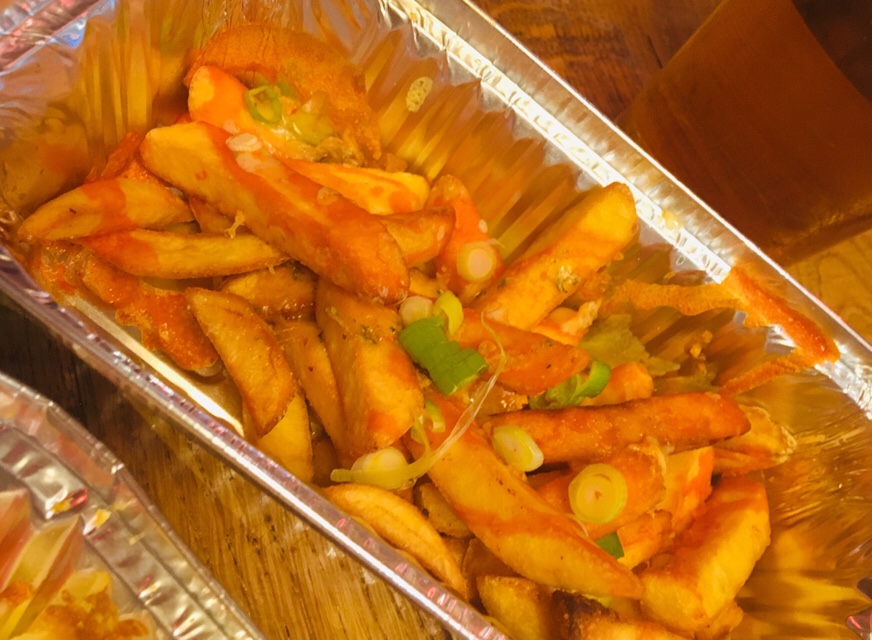 Possibly the naffest of the bunch, the house Nachos (£4.95) were mainly crumbs (quite possibly the dregs of a bag of value nachos from Sainsbury’s up the road) on a bed of cold, rock hard cheese that I assume was melted sometime in the mid 90s. What sloppy guacamole and watery salsa accompanied the crisp carnage looked like something out of a squeezy bottle. The additional sporadic (and pointless) nuggets of sweetcorn served no purpose other than to annoy me further. 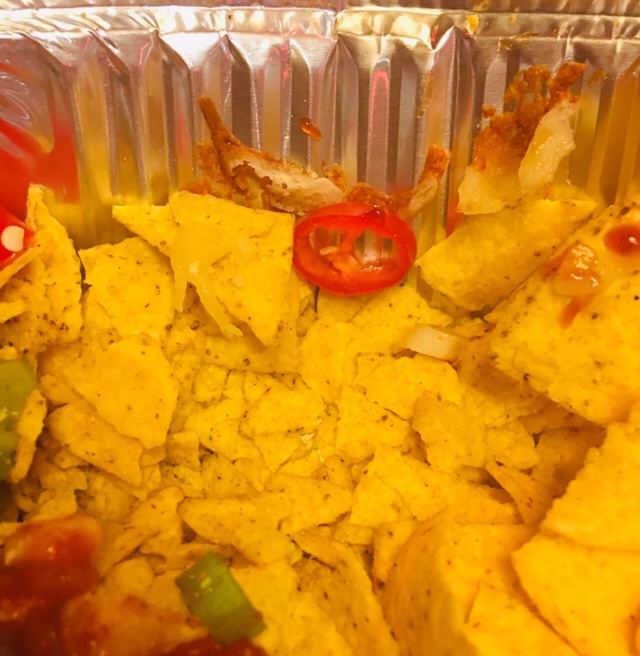 As you know, I will always try and find a positive when writing these things but I genuinely can’t think of one. The guy serving us clearly didn’t want to be there (can’t say I blame him) and he didn’t bother to check how the food was after plonking it down with as much interest and positivity as I had for actually eating it.

The menu is splattered with the slogan ‘great Aussie tucker’ but I’m pretty sure no Australians would touch this garbage unless they had been lost in the outback for weeks on end. I really wasn’t expecting much, but Jesus Christ. I can best sum my experience at Walkabout up with the following two words: utterly shite.

Disclosure: We paid in full – more’s the pity. Words and photos (even I couldn’t polish this turd) are mine. In the interests of fairness, I also sent these photos to the bar’s social media team before writing this – no one got back to me. Colour me surprised..