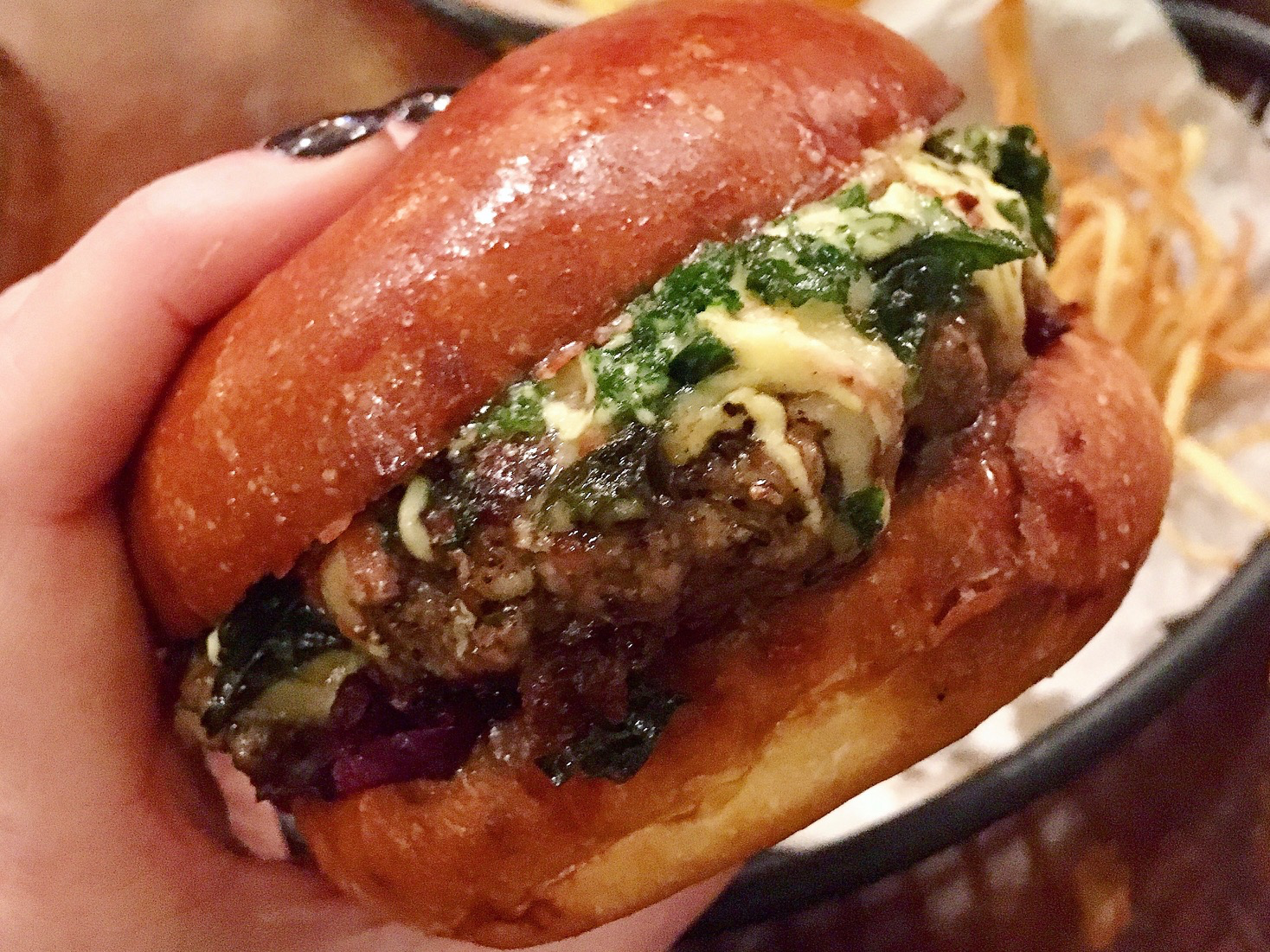 Rejoice! The baby Jesus has spoken – the Santa Shack burger is back on the menu for Christmas at The Meat Shack.

If you’re thinking, “God that pasty redhead doesn’t half bang on about this burger,” you’d be right. And I don’t care who knows it – this is the best burger in Brum every December. Every year around September time I start bullying asking owner Paul to make it happen again, and thankfully (I suspect partly due to peer pressure) he obliges. Even though the burger itself takes ages to make and costs a fair whack to produce – solid effort, I like that. 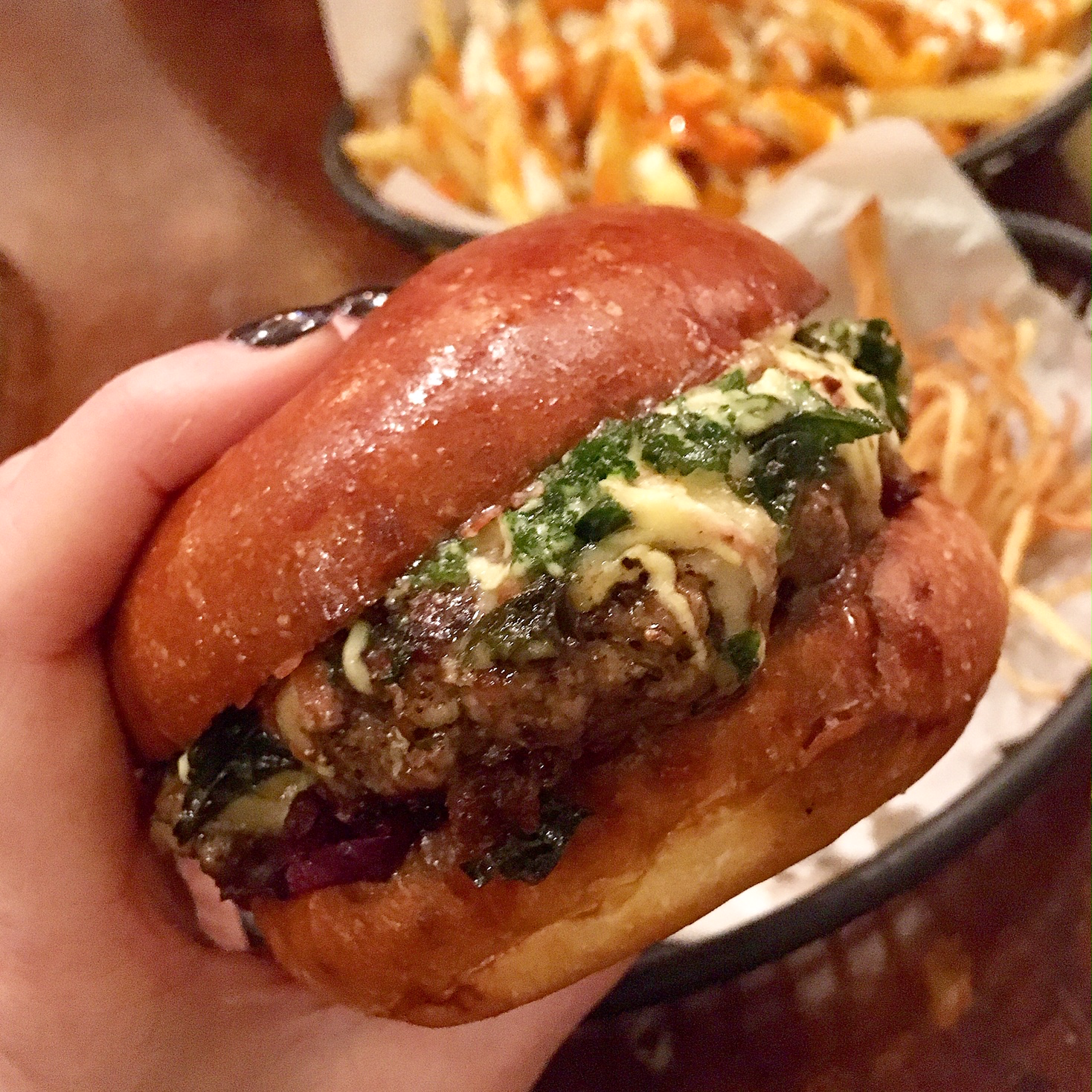 For those unaware of the Santa Shack’s magic, you’ll get a juicy beef patty smothered in gooey, melted Camembert, crispy fried greens, candy bacon crumb, braised red cabbage, cheddar and cranberry ketchup, with a side of crunchy parsnip shoestrings. I personally like to throw these on the burger too (see below) for texture purposes, but either way it’s a bloody triumph for a tenner. 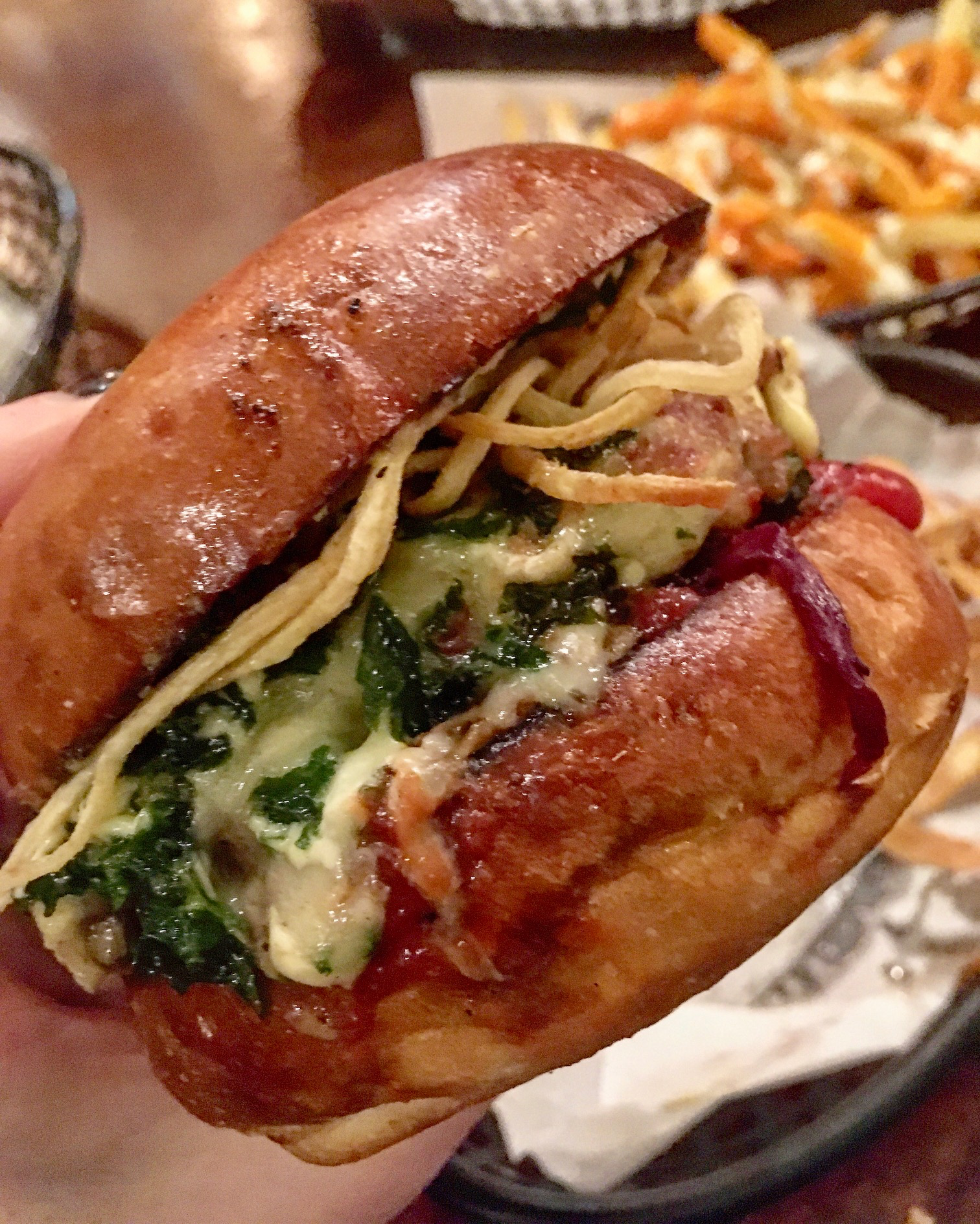 It’s good for a hangover, it’s great before a night out and it’s ruddy marvellous with a pint or 3. There’s also some festive chicken bombs available as well as some topped fries that are worthy of making Santa’s belly jiggle a bit more. The usual menu runs too but this beaut is worth chowing down on, I promise.

I don’t usually like multi-topping burgers (they tend to distract from the actual meat which seems kind of pointless to me) but this is balanced and always a dream. Instead of being sloppy and impossible to actually eat, it’s well put together and doesn’t require a bib. It’s available throughout December and I recommend you try one – thank me later.

The Meat Shack, 17 Thorp Street, Birmingham, B5 4AT

The Meat Shack is open Thursday to Sunday. You can read about the restaurant itself and the other burgers and sides here.

Not to brag but I panic everywhere, not just at the disco

Me on April 12th trying to make polite pub conversation having seen basically no one but Ian for 4 months:

Conservatives: Lefties are such snowflakes, offended by everything, always overreacting

Also conservatives: MR POTATO HEAD SHOULD HAVE A HUGE DICK

So a few weeks ago I was diagnosed with a severe vitamin d deficiency and given hyper strength VitD supps. Take 2 of these mini vials a week for 6 weeks - they’re moon juice. I swear to god, every time I have this tiny thimble of radiative goo my body and brain go mad for an hour

Absolutely pathetic to the point of it being almost funny.

So for example “Petits Pois” (a term much of the world uses regardless of where they come from) has now become “British fancy peas” with Union flag. 2