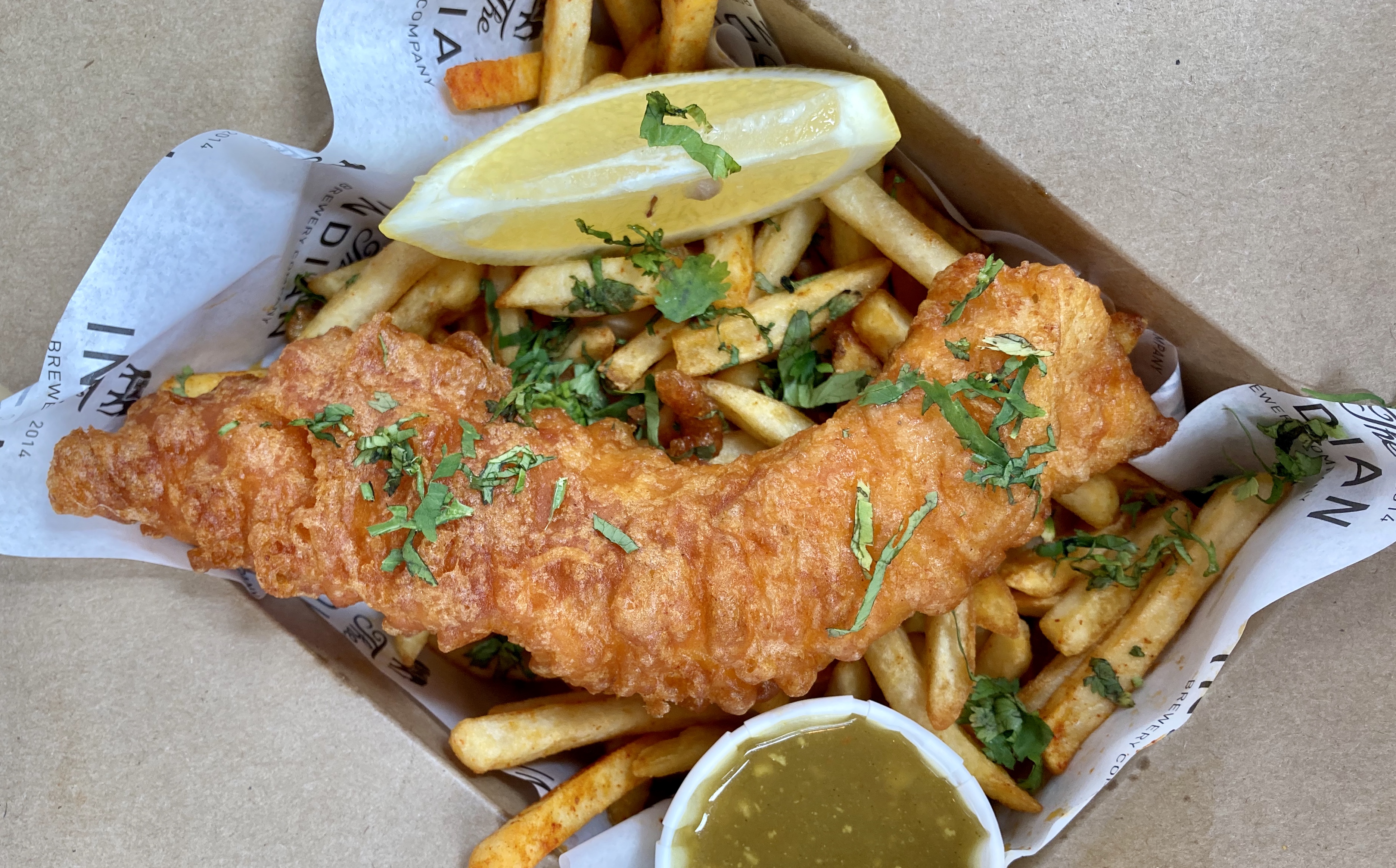 The Indian Brewery taproom has opened to the public.

Serving up their in-house brewed beers and Indian street food, the taproom has been a long time coming for the family who are most known for their Snow Hill branch. 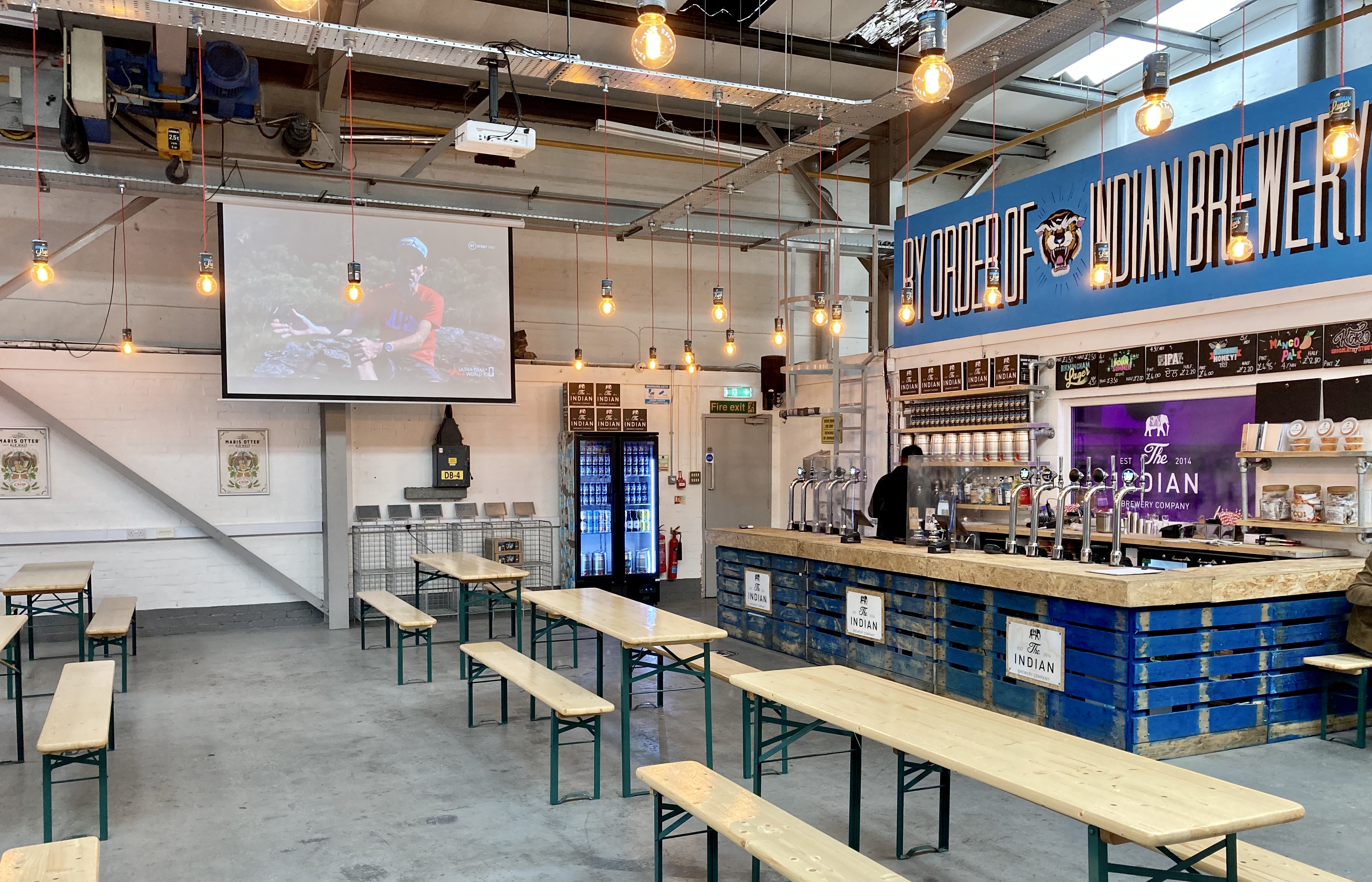 The new opening is located on an industrial estate at the back of the Jewellery Quarter, and is the site they’ve actually been brewing their draft and can beers at for some time. Every member of the family plays at part at Indian Brewery, from the brewing of the beers to the cooking – there’s a real sense of unity from these guys.

The setting of a working brewery means the venue has plenty to keep your attention as you sip your pints, with the addition of street food from their beloved food truck. Check out the food photos below to whet your whistle. 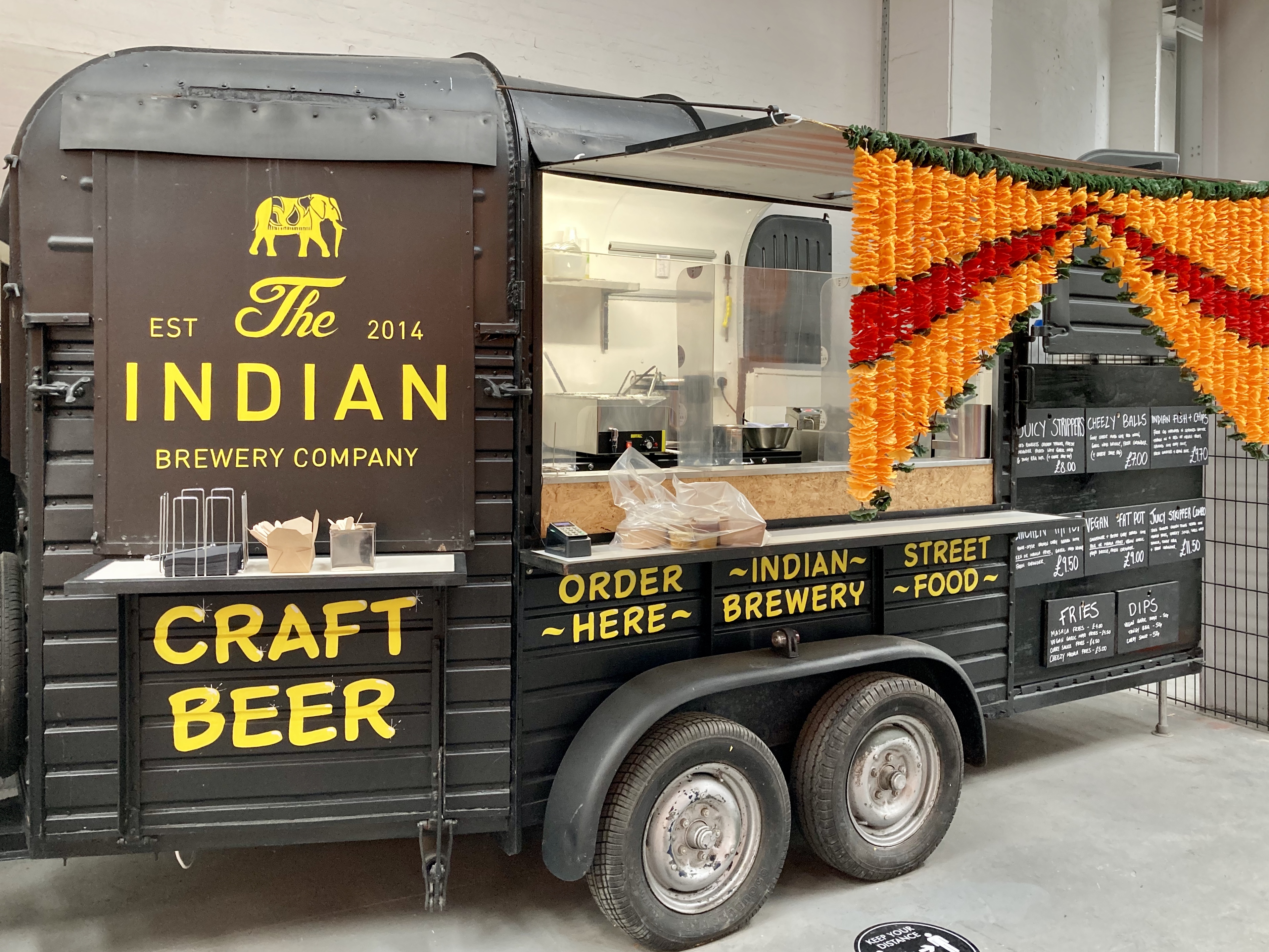 The massive space also includes outdoor as well as indoor bench seating, a pool table, ping pong, big screen for sporting events and a dart board. There’s even Connect 4 knocking around if you’re so inclined.

As for what’s available, there’s a decent selection of beers, from lager and pale ale to stout and fruity beers. The mango pale on draft is particularly delicious (so much so I had 3 of them) but if you prefer cans there’s a simple selection in the fridges next to the bar. 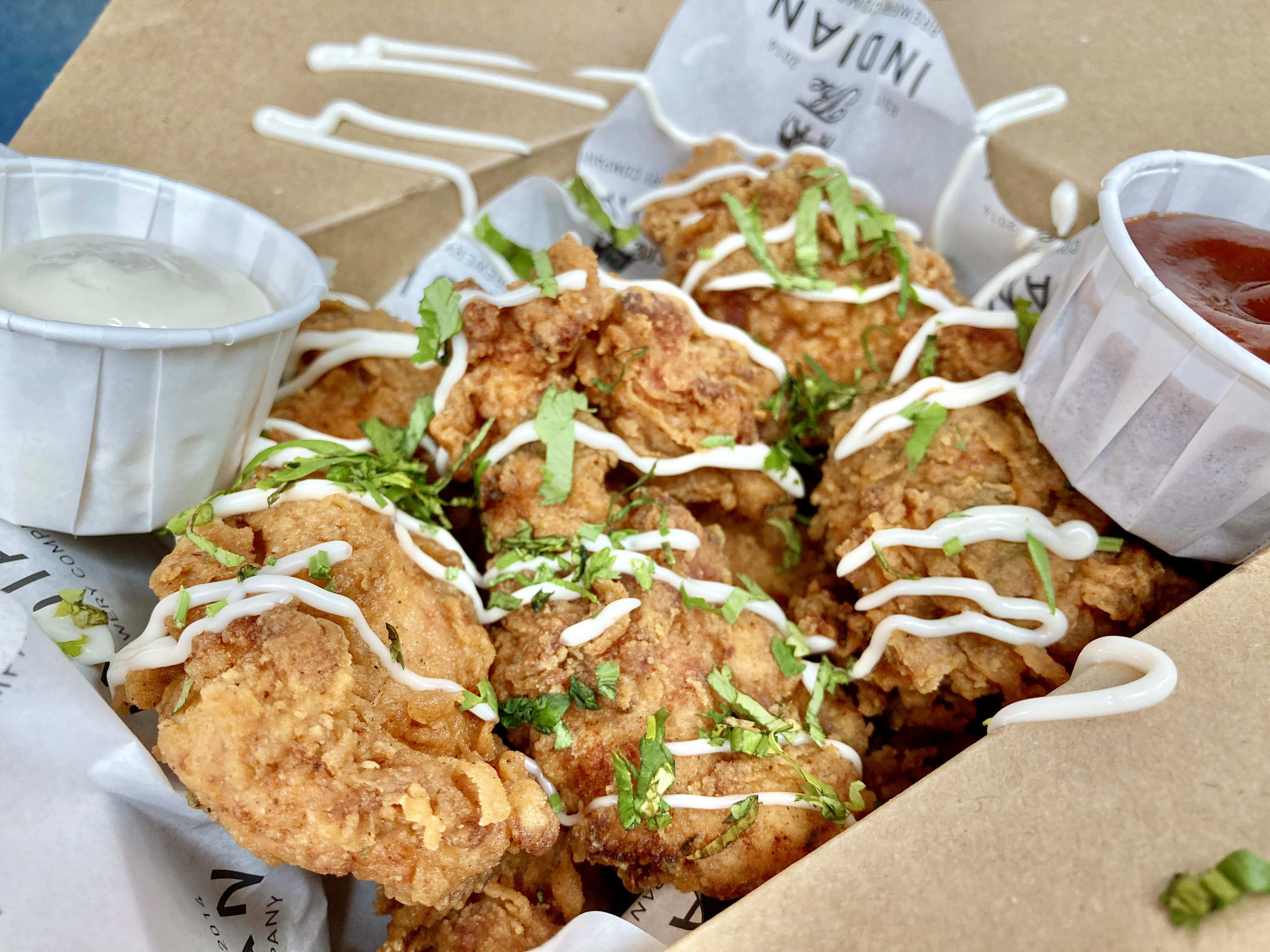 Food wise, it’s much as you’d expect from these guys but with a few added surprises not on the Snow Hill or Solihull menus. The molten Cheezy Balls are pretty filthy (my chin loved them) but we loved the tender chicken strips and the homestyle curries – both the chicken and vegan cauliflower versions were knockout. Both come with either rice or fries… why not ask for both and live a little. 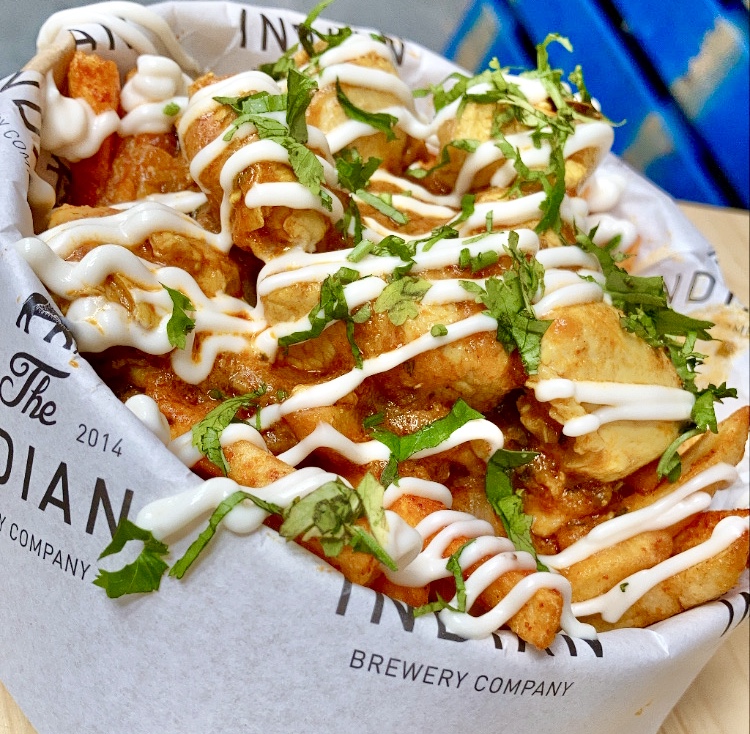 Something you may recognise from the OG IB’s is the masala fish and chips – I’m a big fan of this. Cooked to order and a generous size, the crispy battered cod has a gentle hum of spice and the masala fries are perfect for dunking in the curry sauce it comes with.

I didn’t realise until after my visit (because I was hungover and not paying attention, standard) that you can actually bag 20% off food and drinks here with your Independent Birmingham app, so make sure you use/you’re signed up to that. Good food at a good price – we love to see it!

Now the taproom is getting some attention, Jaspal says they’re hoping to open up the brewery for tours in coming months, restrictions and ‘new normal’ life permitting. I got a sneak peek behind the scenes a few weeks ago and there’s plenty to learn (making beer is a massive effort, I would not be cut out for it) so I think that would be quite popular for visitors. Make sure you pester them if you want to see that happen! 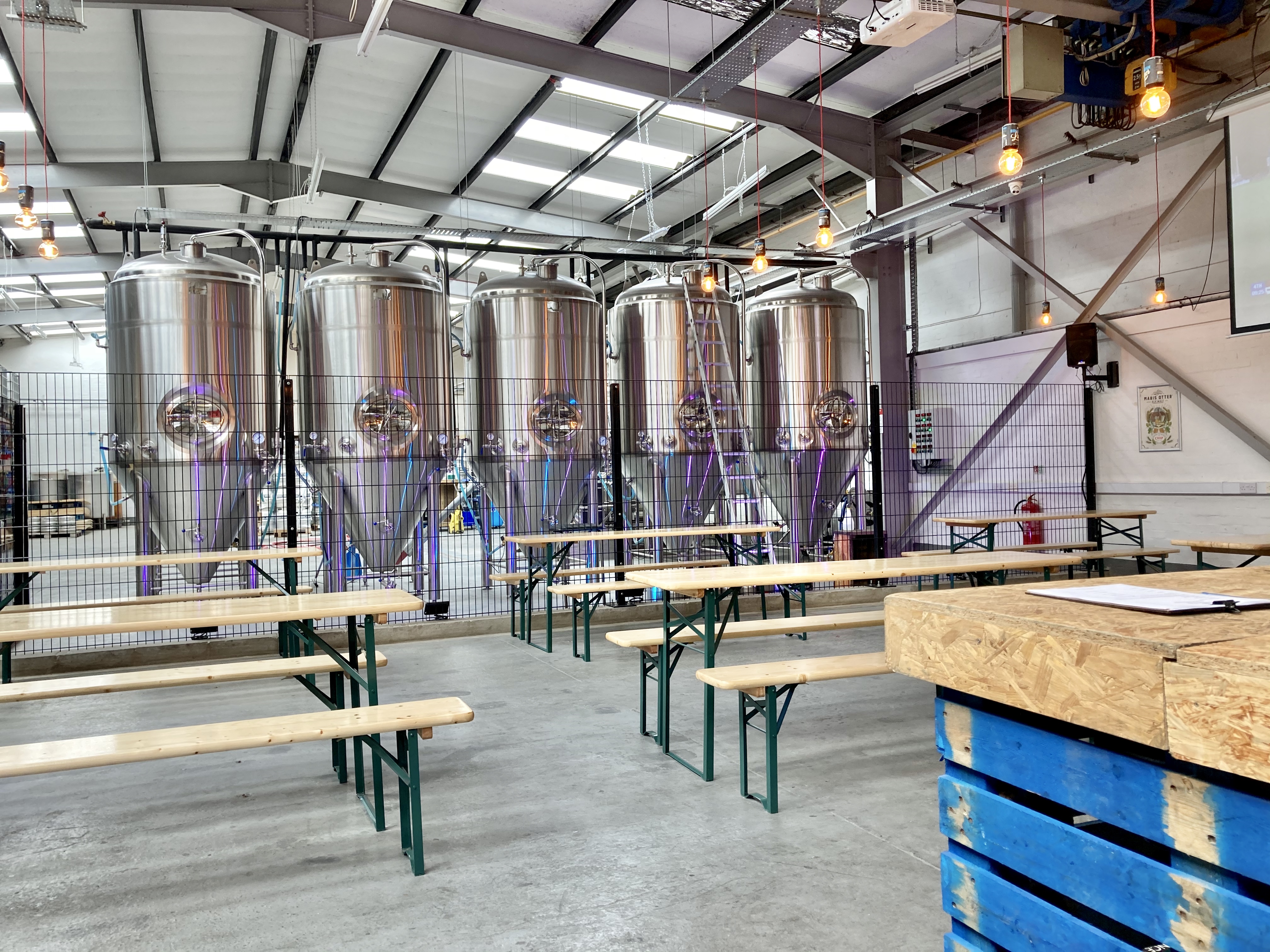 Disclosure: I paid for all food and drink you can see in this post, although I was also invited to a preview when the taproom first opened. All words and pics are mine and this post is not in collaboration with the Indian Brewery Taproom.