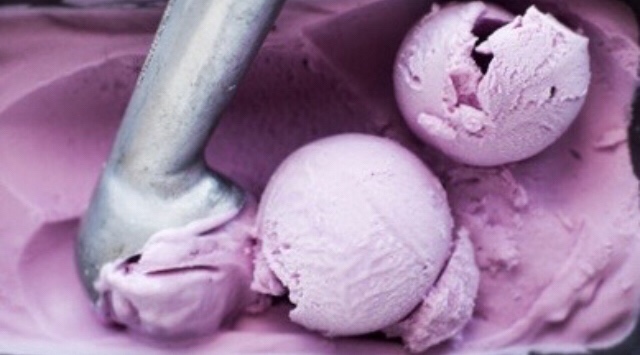 As 2018 approaches and we all start banging on about ‘out with the old, in with the new’, I thought I’d discuss some of the food trends that have been in the news this year. But of course, in my usual ranty, pessimistic style, it’s the rubbish ones I’ll be talking about. You know the shit I mean; headline-grabbing faddy crap that is solely designed to be click-bait and/or piss people like me off. So grab a cuppa (Yorkshire tea, strong, no sugar – thanks) and see how many of these six stupid trends of 2017 you luckily managed to avoid.

This makes my shit itch (quite literally if I actually ate it, I’ve no doubt) but some monster decided what the world needed this year was glittery gravy. Like Weinstein and Brexit negotiations hadn’t turned your stomach enough, a London pub (I won’t give the satisfaction of naming) started sloshing a revolting looking concoction of sparkles and stock over their roast dinners. Resembling an oil slick combined with a unicorn turd after a vindaloo, this abomination annoyed me relentlessly throughout December. Get in the sea.

I like a cup of tea very much; I even like the odd posh herbal infusion from time to time much to the utter disgust of my husband. We’ve got all the usual teas in our cupboard: English breakfast, peppermint, green, prosecco.. oh hang about. Yes, this year saw a supermarket launch bags of fizz-infused tea. Because apparently we’re all bored of just getting shit faced on the stuff. Who knew?! I actually gave some of these to a fizz-loving friend of mine as a silly present (caught up in a moment of festive madness) and I imagine they’ll sit in her kitchen cupboard until Woolworths reopens for business.

If there’s two things destined to piss me off it’s Slimming World (the biggest con of the century) and fucking about with a perfectly good thing. Instagram wankers everywhere went wild for cloud eggs this year; eggs served up to resemble fluffy clouds. Why? Who the fuck knows, but I for one think it’s ridiculous. Poach it or piss off, Carol.

Want to eat your burger housed in bread that looks like something from the bottom of a goth’s handbag? Hooray for you, because 2017 enjoyed charcoal buns. Combining activated charcoal witchcraft with boring old yeast is where the baking fun is at apparently, although I personally find this whole bun concept akin to certain people on Twitter: unappealing and full of shit.

Ever wanted to eat a pudding made of yam? No? Well according to swanky posh people, purple yam ice cream is now a thing. Ube is from the Asian tropics, broken down and used in ice cream because of its colour. Because we don’t have any naturally purple fruits or vegetables here that can colour and flavour puddings already, like. Oh…

Happy New Year everyone! Thanks for the follows, likes, comments, banter and rows – it’s been emotional. See you in 2018.

Made a few tweaks to the BBC1 Christmas Day schedule

We have a load of exciting news to announce for 2021 – but until then – we will be bowing out of 2020 with one final run of our Click + Collect offering.

I'm sure most of you know the drill by now: It's safe, easy and quick.