Bodega has changed its menu, and I’m not a fan.

Yup, you heard me. My love affair with Bodega has come to an end. A crashing, disappointing end.

As anyone who regularly reads this blog will know, I’ve been a long standing fan of this Bitters n Twisted venue. I’ve championed it and defended it when people have slated it; in my experience the food has always been decent.

But I fear our relationship has now turned sour. I want to say, “it’s not you, it’s me” – but it’s definitely you, Bodega. The new menu sees the loss of a popular classic and the addition of some uninspiring new dishes that, for me, fall totally flat.

Gone is the pulled beef – a massively popular filling for burritos and topping for nachos – and here is the Dr Pepper pork. I was sceptical before I tried it and baffled by the time I finished my first bite. It manages to taste almost oriental (even complete with sesame seeds) and smells like burnt sugar. It’s a no from me. 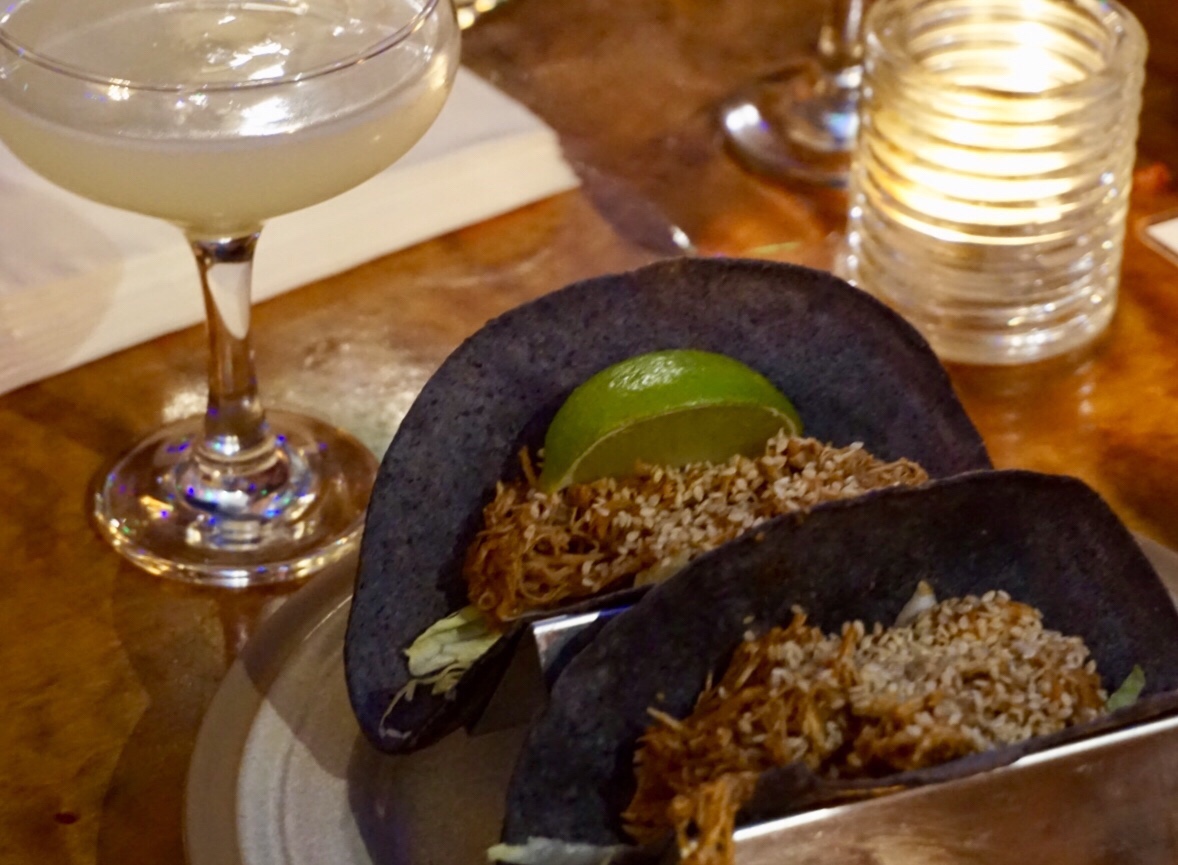 The four small tacos have been replaced with two big ones in a portion. The fillings are lacking but that’s actually a godsend when you try the chicken (dry) and the mushrooms (sloppy). The new mole sauce, on both, has heavy clove and aniseed notes but no spice whatsoever. Oh, and the tacos are blue. For some reason that bypassed me entirely. 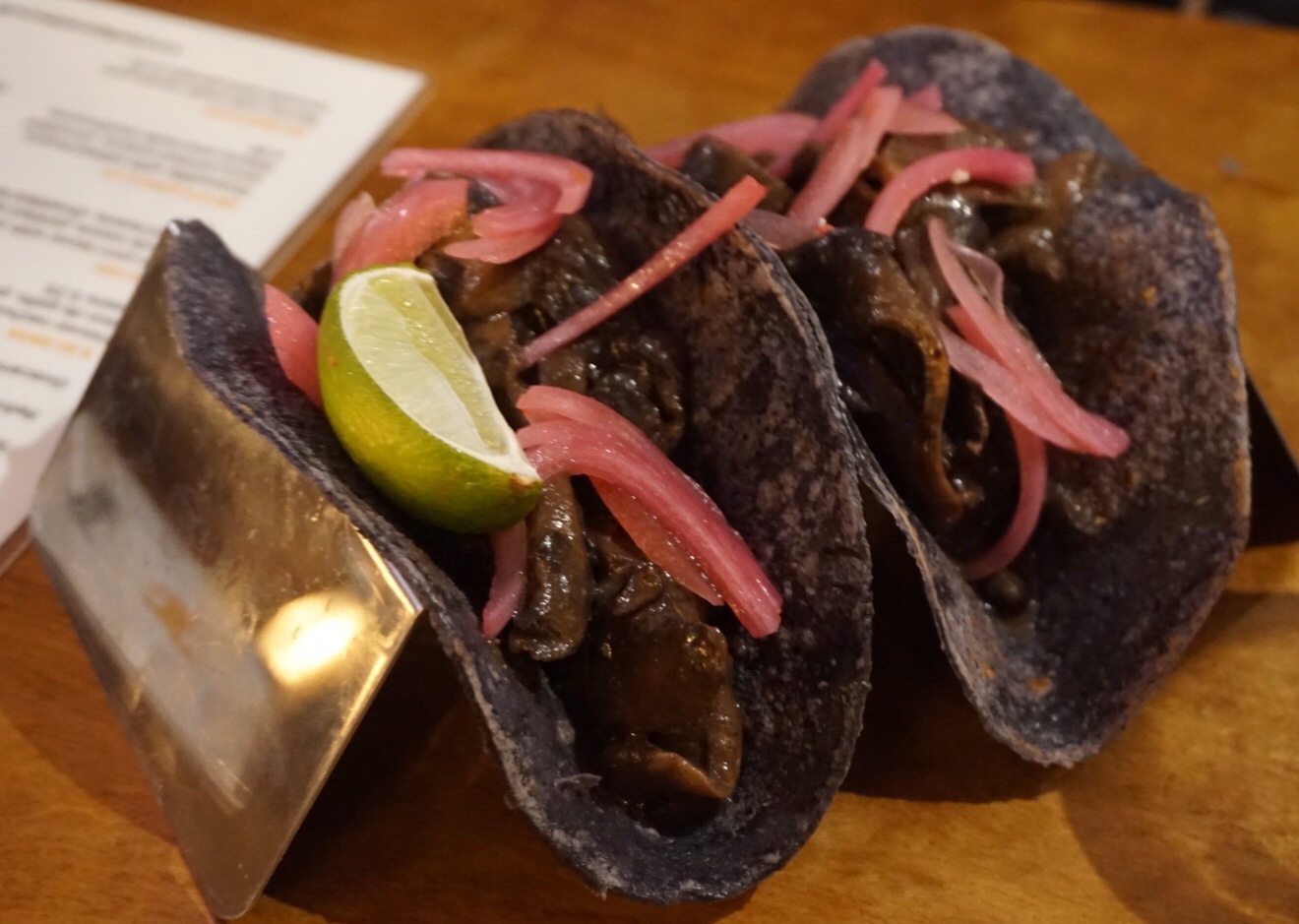 A quinoa chifa, apparently capable of turning meat eaters to the veggie dark side, is mushy, bland and has no bite let alone the promised teriyaki-style flavour. It does nothing to persuade me vegetarians are having more fun, and neither does the agave covered sweet potato side. 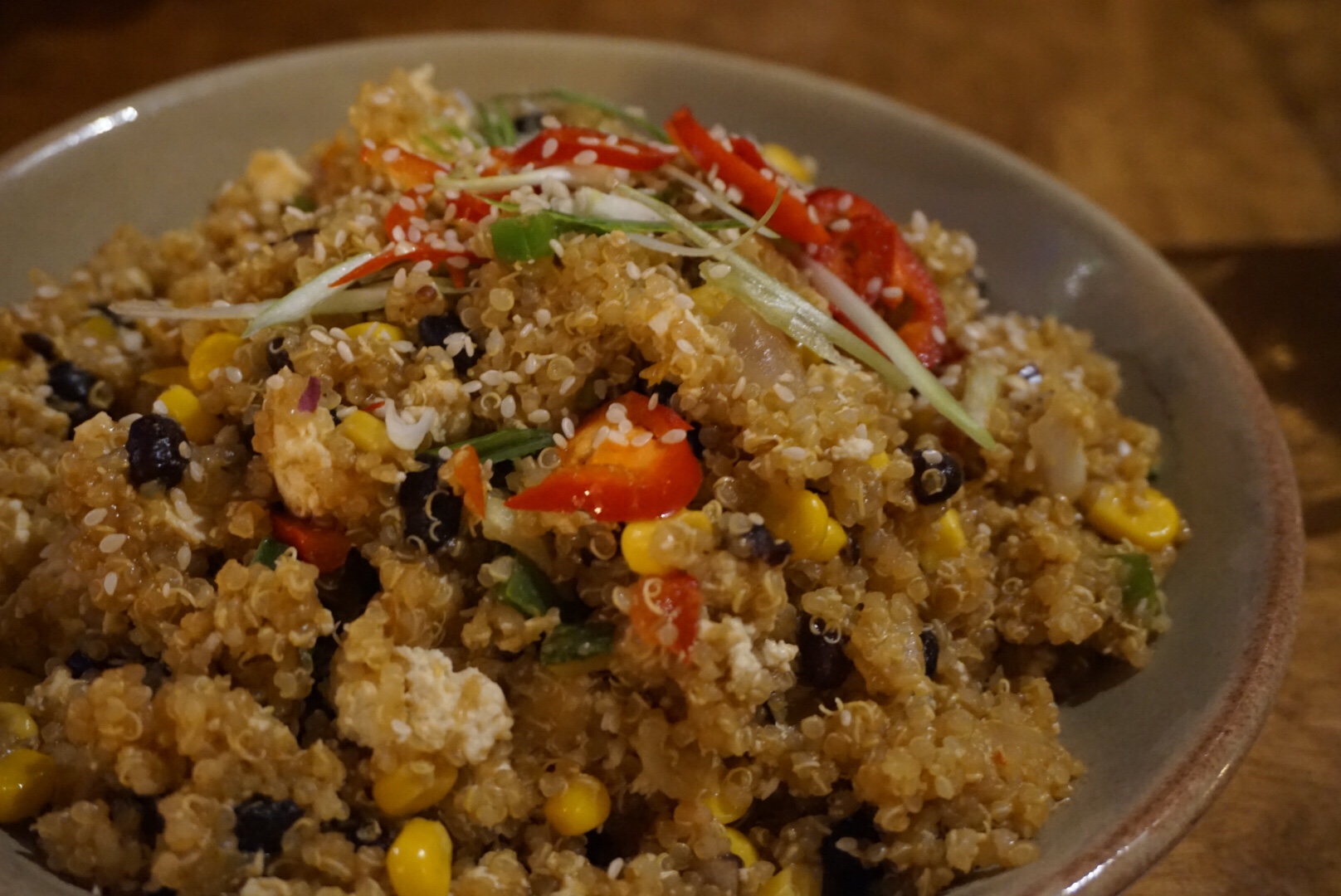 Even some of the longstanding main plates aren’t cutting the mustard anymore. The peanut butter Xim Xim sauce is lacking in flavour and thickness, barely coating the lumps of (over cooked) chicken. 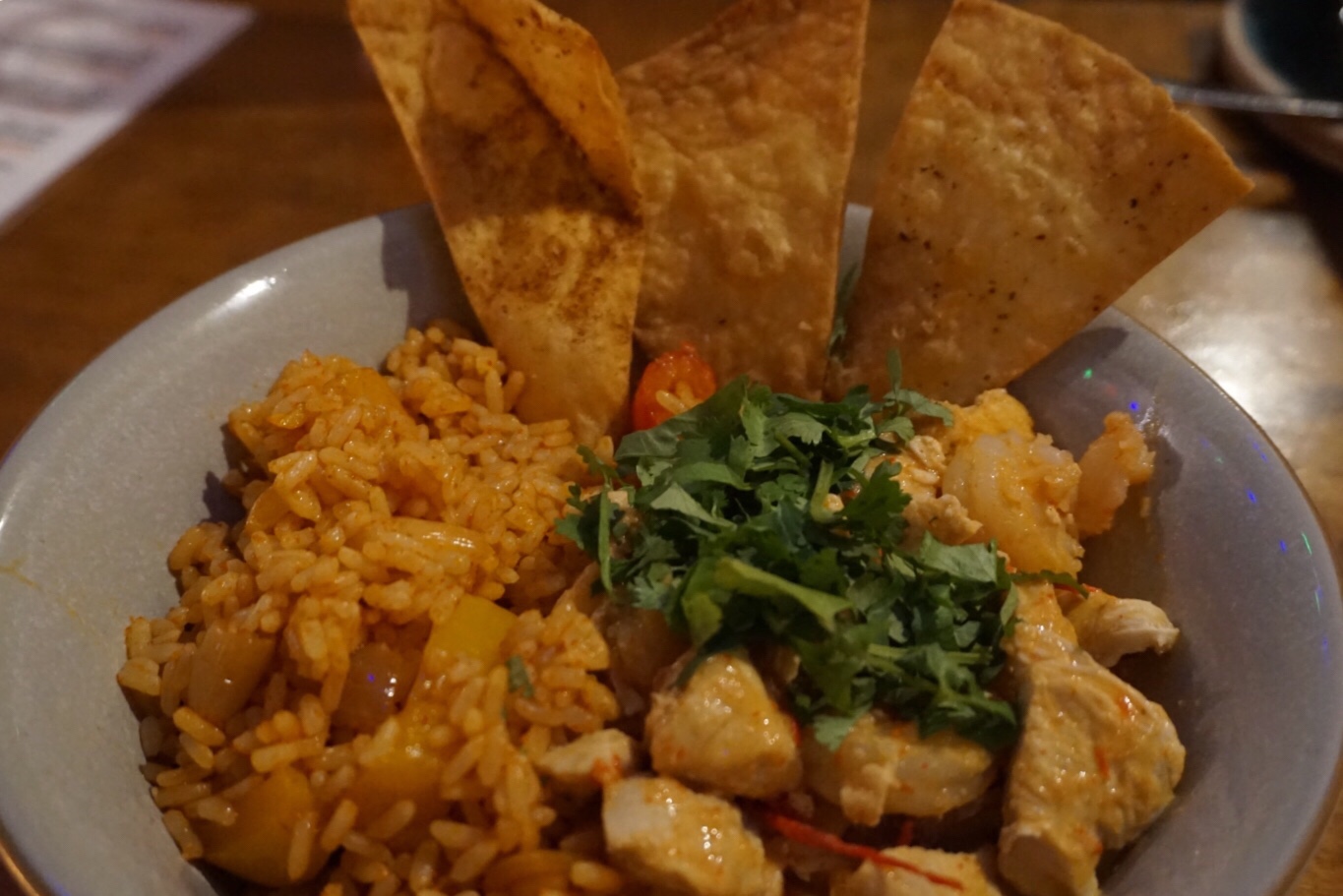 It’s not all bad if you’re a fan of the classic nachos – they’re still good for scooping up the homemade dips – and the cocktails are actually better now than they were before. Swings and roundabouts. 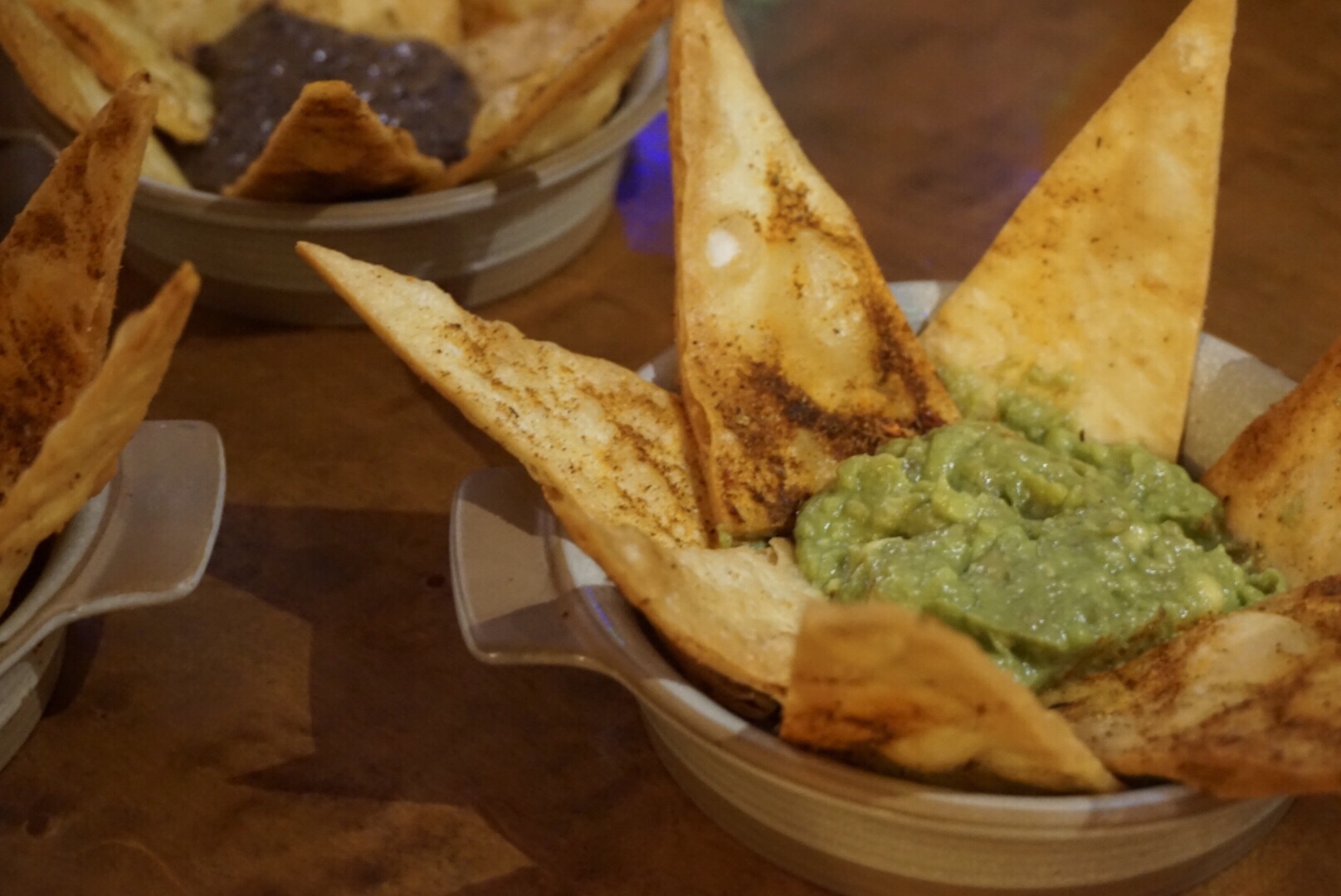 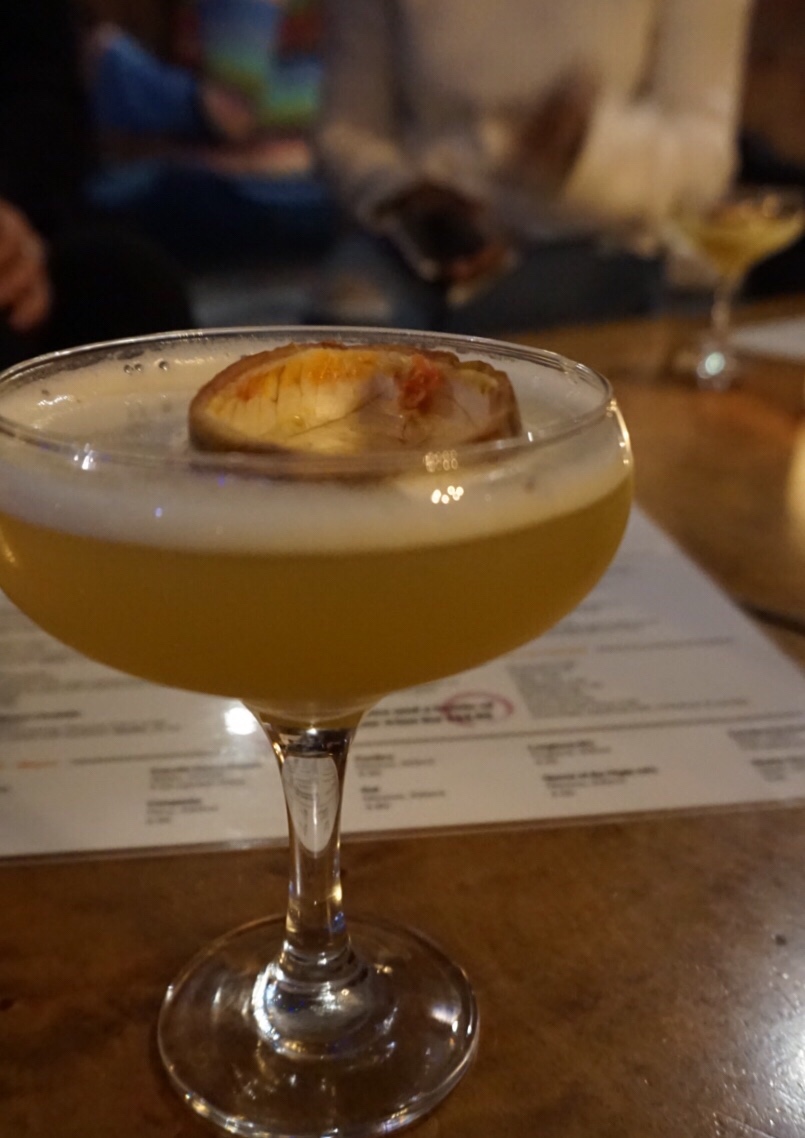 If you’re a fan of the beef burritos I’m afraid you’ll be in for disappointment at your next visit. Being that I don’t like the new offerings, and my favourite menu items no longer exist (the jalapeño poppers have also been dumped) I think my loyalty has come to an end.

I understand menus have to be updated but the changes are, for me, a big disappointment that means I won’t be coming back, unless it’s for margaritas. This post has been genuinely deflating for me to write, but sometimes you have to learn when to let go and admit defeat.

I’ll always have a soft spot for what you were, Bodega.

Have you tried the new menu? What do you think?

Disclosure: I was invited to a tasting event by Bodega and food was complimentary for honest feedback, although I suspect this will not be quite what they wanted to hear.