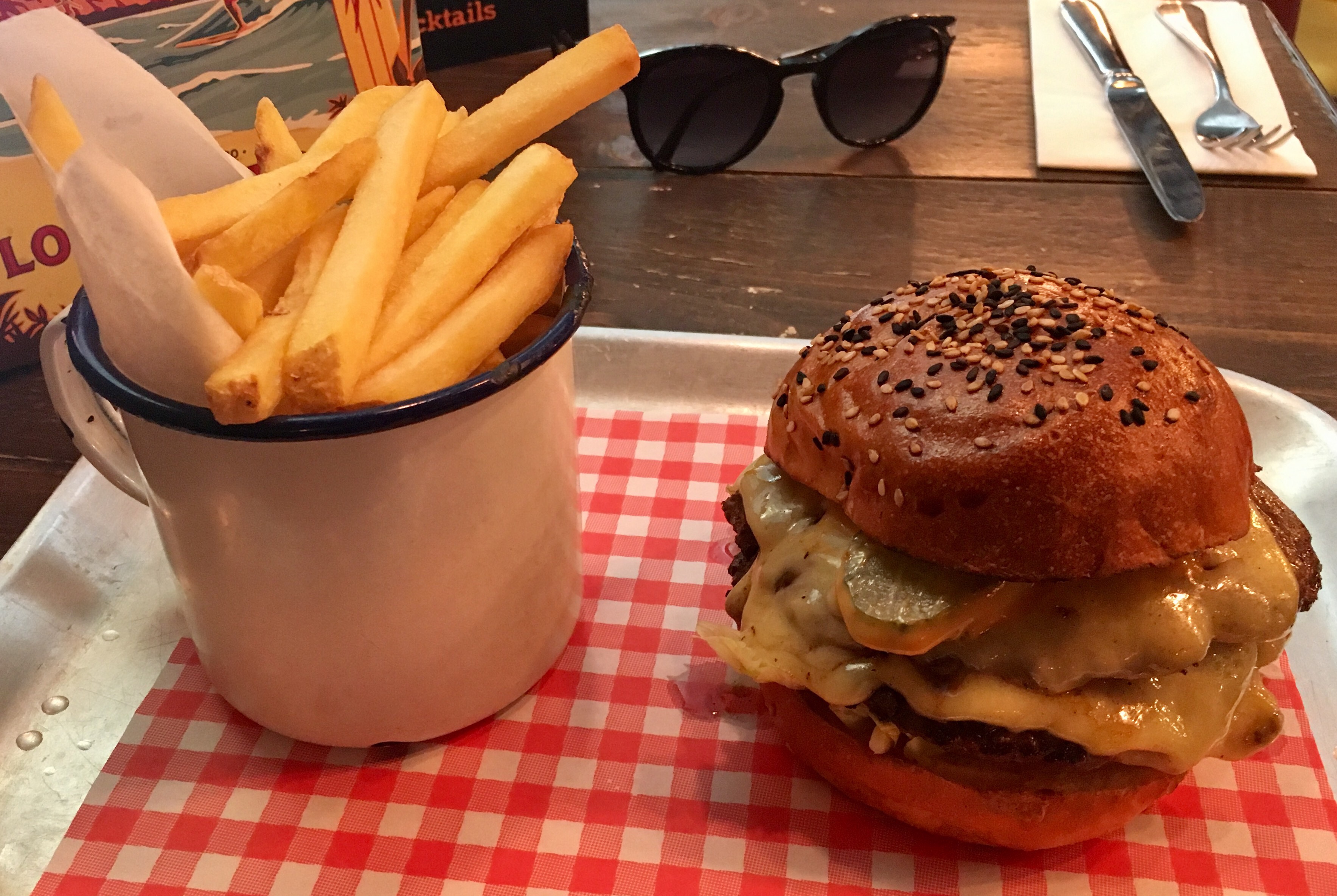 When I think of Independence Day I find it hard to picture anything other than a baby-faced Will Smith kicking seven bells of shite out of an unconscious alien, but thankfully on Tuesday last week my thoughts were turned to food courtesy of Buffalo and Rye.

Announcing across the social media channels it would be giving away free burgers, I made sure to make a note of this joyful news in my diary. I mean I love burgers anyway, but free ones? Hello!

Having had a pretty (very) shambolic initial experience with Buffalo and Rye during its opening week soft launch, and then finding the food to be disappointing when I finally got to try it a few weeks later, I can’t say I’ve been in a rush to go back to Bodega’s sister venue. With so many places across the city now doing American-style comfort food (and doing it very well I might add) B&R wasn’t top of my list for a return visit.

However, when the opportunity presented itself to try the small Bennetts Hill restaurant again (third time lucky…) without charge it seemed a no-brainer.

Thankfully on this visit I managed to eat a full meal bonus and whilst it wasn’t the most exciting burger in the world, it was a solid, cheese-laden effort. The seeded brioche bun and quality of meat was better than I received last time (I can’t remember much about that visit because I tried to block it out for fear of swearing controllably every time I walked past the place) and the two patties were generous, although seriously lacked seasoning. Considering I paid absolutely nothing for it I really can’t complain, and it’s shown me the place has evolved since its opening. Thank GOD.

It was also a nice touch that the team had decorated the seating area with bunting and added a big USA flag outside; I admire the commitment to Will Smith Saved The World Day.

Did you get one of the 19 other free Buffalo and Rye burgers? What did you think? Drop me a comment below or on Twitter!