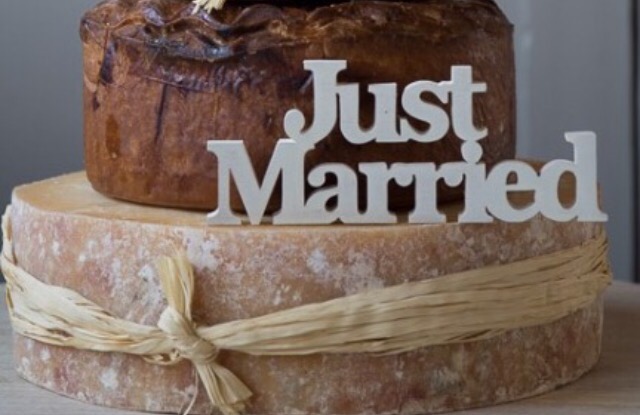 I’ve never been one for tradition, and my future wedding is far from the country retreat fresh out of the pages of a bridal magazine that most seem to choose. It’s not that I don’t appreciate the niceties of a ‘traditional’ wedding (I’ve been to many gorgeous churches, barns, stately homes and marquees and had a jolly lovely time in all of them) I just believe that it’s not quite right for me.

I’ve always been the one that likes things a little bit different and I’m not especially girlie, so the idea of spending hours trying on big poofy dresses, for example, does absolutely squat for me. For that reason, I doubt many people were that surprised when Ian and I announced we were buggering off to Las Vegas (October 2017, buy a hat!) to get hitched. Choosing a garden gazebo to get married in, away from the Elvis impersonators and white chapels, it seems I can’t even do a Sin City wedding like nearly everyone else there.

Anyway, as we’re getting married abroad we’ve decided to throw a ‘home do’ a month later, to celebrate with friends and family that couldn’t make it to the bright lights. It’s just a simple party at a pub in Ian’s home town, but it’s likely to be the most traditional part of our entire wedding. Aside from it being the location for our first dance (already picked the song, thanks for asking) it’s also where we’ll cut our wedding cake.

Except we’re not having a cake. Well we are, but it’s more like tower of meat and cheeses..

Check this beauty out:

This absolute stunner is the ‘cake’ we’ve decided on for the party. Swapping layers of sponge or fruit cake for pork pies and English cheeses, this beautiful tower of lushness was actually the first thing I decided I wanted. In fact, my dad had offered to buy us this as a gift before we’d booked our wedding venue – have that tradition, you don’t own me! *fist pumps the air*

I found this creation, by West Country Cheese, online for £165. It includes 4 cheeses (Quickes Mature Cheddar, Colston Bassett Stilton, Miss Wenna Brie and Capricorn goats cheese) and 2 shortcrust pastry pies. I’ve not decided which pies we’ll go for yet, but alongside a fairly tame ‘standard’ pork pie I think the Ploughmans (a combination of minced and diced pork, with a layer of cheddar cheese and Devon chutney) is going to be a game changer. Especially at midnight when everyone’s been on the sauce since the early evening..

I can’t wait to order that bad boy and enjoy it with my favourite people. It’ll form part of our buffet spread, and the same company sell a variety of chutneys, posh pickled onions and crackers which are meant to complement the piecaketowerofcheese.

I think it’ll go down a treat, especially with some nice craft ales, and it’s cheaper than a traditional wedding cake. Someone told me they spent £650 on their cake – that’s utterly mental to me.

Anyway, I thought you may like to see some of the other gorgeous creations available, so scroll down for photos. And let me know your thoughts – would you choose an alternative wedding cake; did you have a traditional feast at your wedding?

*This post is not affiliated with any brand/company mentioned within*

1 thought on “And with this pork pie, I thee wed”