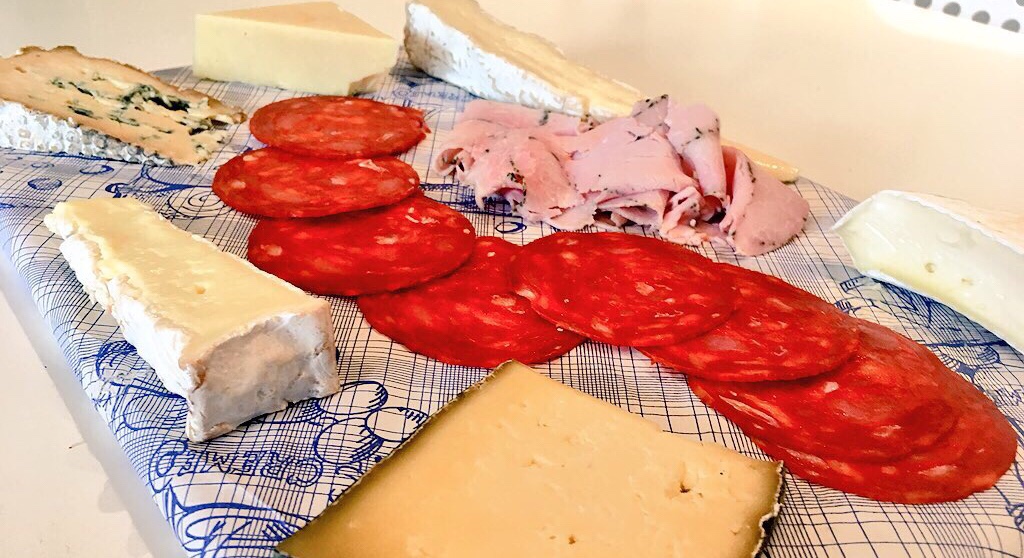 Moving house is absolutely awful. Like, I know people moan about it and it’s stressful for everyone, but good god it’s woeful.

Packing and boxes everywhere, bruises that make no sense, anxiety about bills/keys/deposits… the list of fun is long. Despite a cock up with the removal men (or rather singular man) that made me borderline psychopathic, last Sunday we moved into our new home. It’s already become one of the best decisions I ever made, and I’m really happy I pulled a couple of classic bitch moves to ensure we were the couple that signed on the dotted line. As my other half will testify, if I want something I’ll pretty much do anything to get it: hamburgers, houses, husbands…

Anyway, despite moving house and learning to live in a new place (WTF is underfloor heating about?!) I’ve managed to fit in some pretty decent grub. This was helped largely by the fact that we’ve moved into the city centre; an apartment 4 minutes walk from Brindleyplace to be precise. With that in mind, this week’s food finds have largely been found in and around that area of the city.

The last thing I wanted to do on our first night in the new pad was cook. Partly I couldn’t be arsed to learn how to use an induction hob after being awake for 146940 hours, but also I just really wanted a pint or 5. Our new local is The Distillery: a pub Ian and I really love despite the fact that a double G&T there will cost you a brown note and half a unicorn. The fact that it’s 3 minutes door to door from my flat means it’s now officially my local, so naturally it was the obvious choice for dinner that night. I went for the garlic and harissa rotisserie chicken with fries and a radish salad. I hadn’t eaten for 12 hours by the time this was put in front of me so I reduced it to a pile of bones in record time. Ian’s build your own lamb shawarma gave me food envy so that’s on my list for next time. 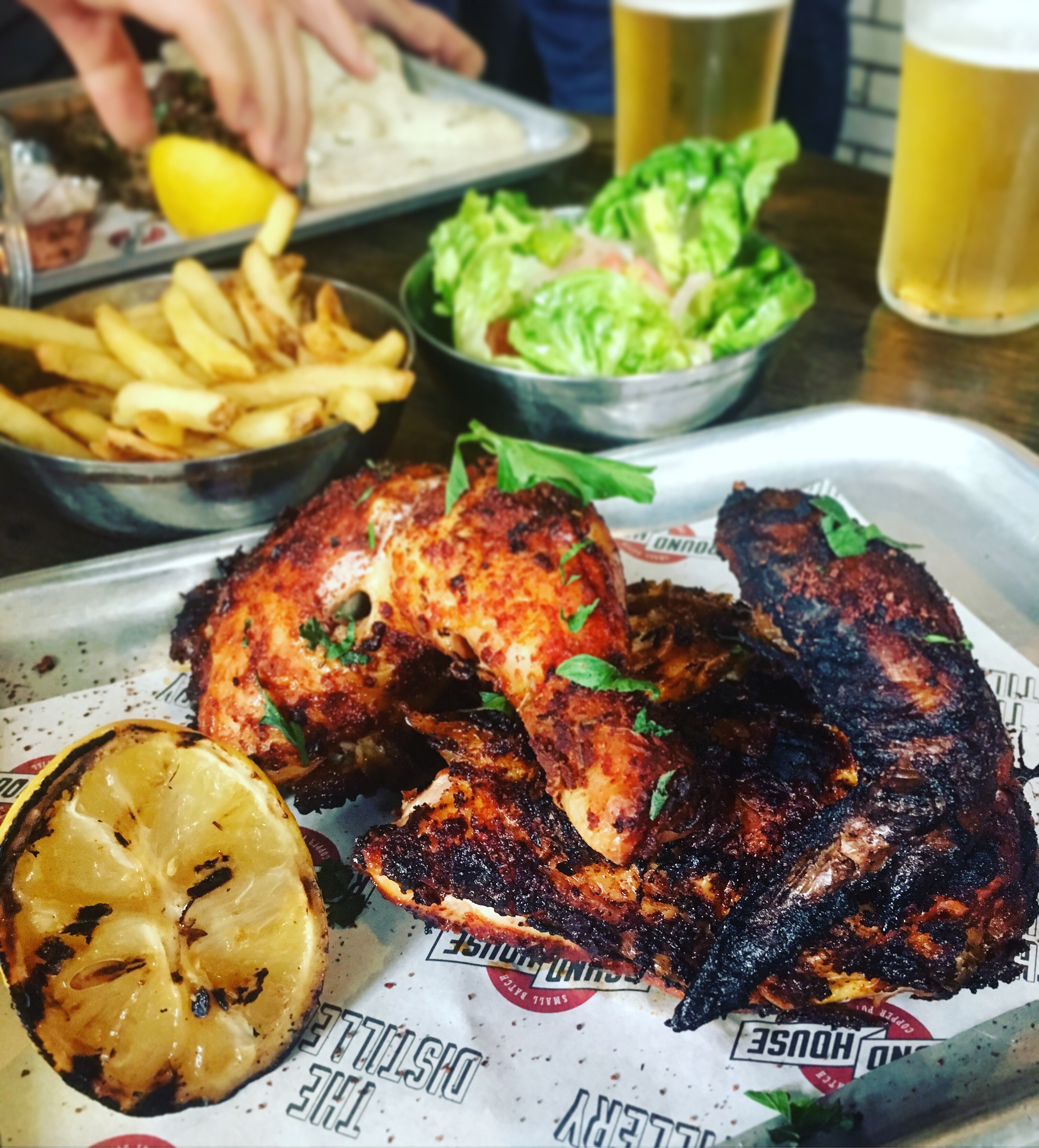 Just off Broad Street you’ll find The Bull’s Head. On Monday this became the scene for a 4 pint burger massacre. I like this pub a lot; it’s smart but remains a bit dark and moody. It’s also absolute dead at 4pm on Mondays, for those of you that like escaping once in a while. After discovering the Indian inspired tins last time, we went for burgers and beers this time. They’d run out of the steak patties so we opted for lamb, which were pretty decent. Not the best boiiigers going – I suspect they may buy them in actually – but I really liked the masala dusted fries and bhaji-like slaw. Also, big love for their house bitter which is right moreish. 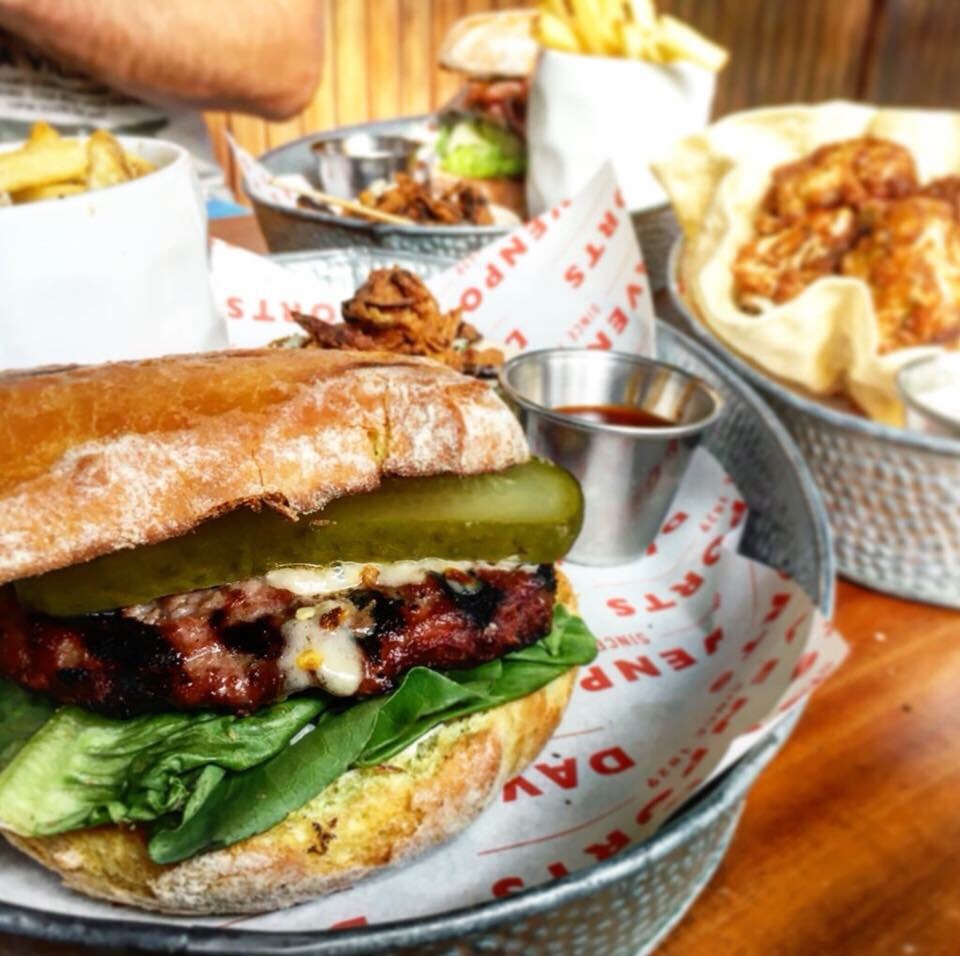 By Wednesday I wasn’t sure if I was tired or losing my marbles; either way I didn’t want to cook anything. Don’t judge me, the night before I created a banging risotto. Anyone who reads this blog will know Ian is a fan of meat, more specifically steak and chicken, so when he discovered an all you can eat wings deal I knew the pans wouldn’t be coming out that night. I’ve only been to The Smoke Haus in Brindleyplace once before and it was fine. Nothing life changing or particularly creative/authentic BBQ, but I’ve had worse. (Looking at you Rub’s Smokehouse, right at you…) On this occasion for £10 it was all about the unlimited wings. The 3 bone wings come in 3 flavours – another case of fine but nout special.

Update: I’ve since blogged about this. You can read the post here. 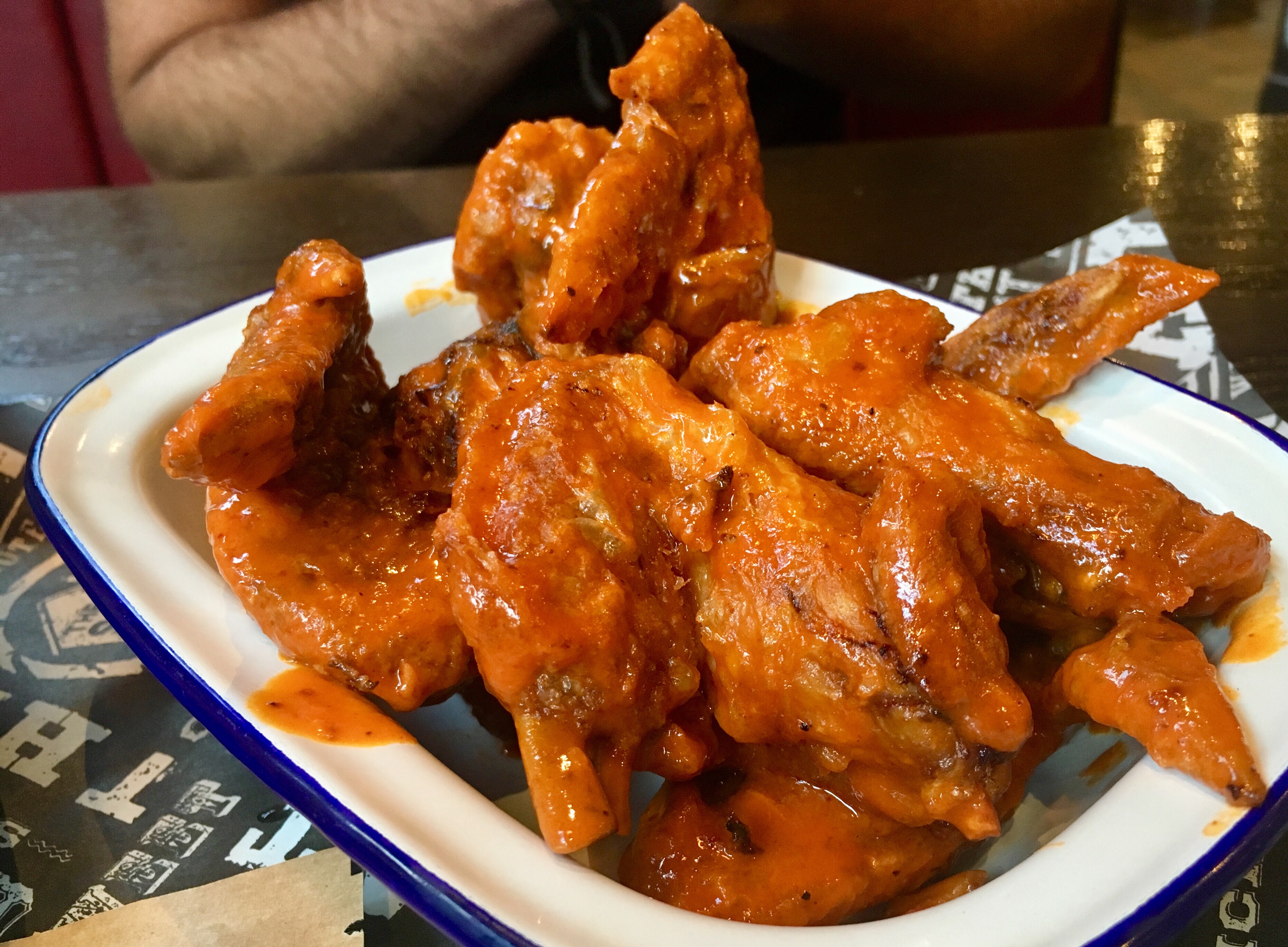 Friday night saw me spend a small fortune in Anderson and Hill. I love this independent deli in Great Western Arcade, especially enjoying the cheese counter. I picked up all sorts to try including a rather wonderful garlic cheddar. Big fan of the cured meats and pickles from this little gem too. I’m secretly hoping December hurries up because I’m hosting Christmas this year, and I know I’m going to go absolutely mental in this shop. 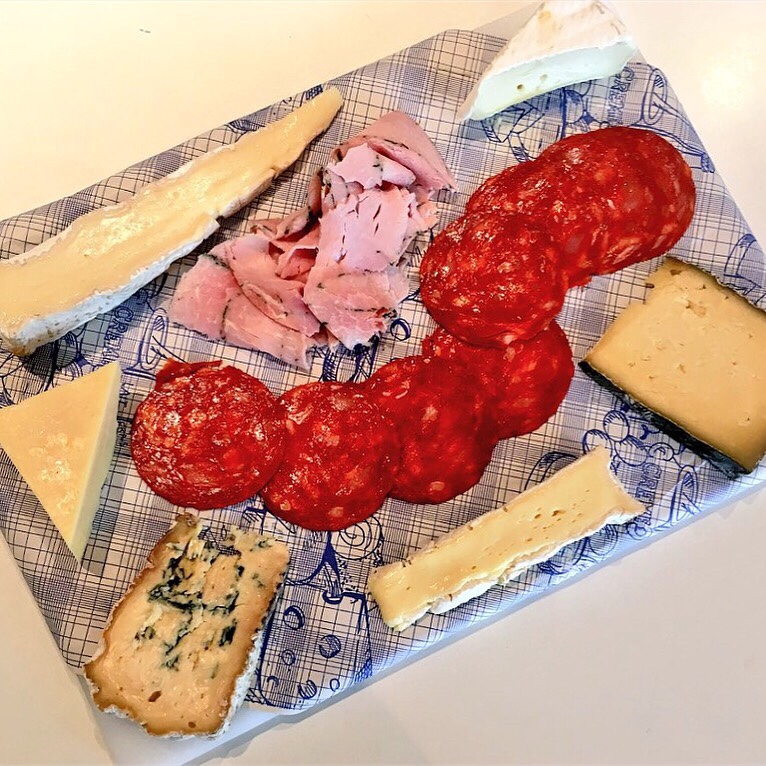 Have a lovely week 🙂

Disclosure: I paid in full for all of the food and drink included in this post.