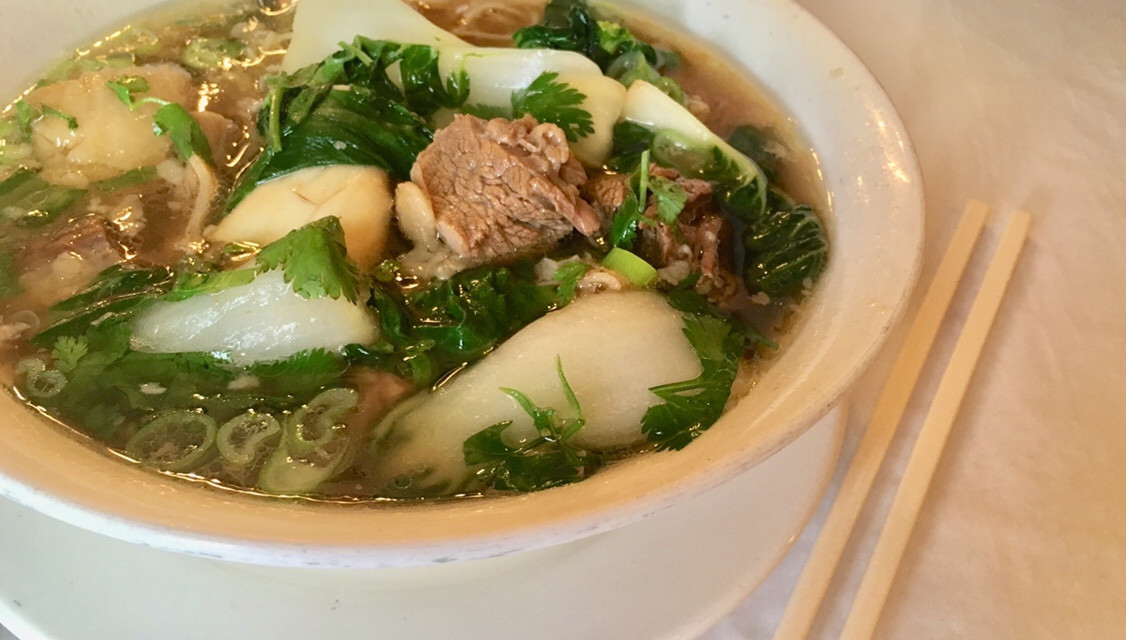 This week saw me try and make some healthier choices – I failed spectacularly. Whistle for a fatty, etc.

It was all going quite well until the weekend when, due to a birthday and a food festival, I ate enough bread, meat and cheese to make Henry the VIII bow down before my ever expanding waistline. Still, I had a rather lovely week of eating, the highlights of which are below.

I felt naff on Monday and just needed something quick but tasty to take home for dinner. Step forward the chicken tikka rice bowl from Rola Wala, found within the food court of Selfridges. You can have the 6 fillings in sourdough naans but I love the nutty red rice base with the tomato and naga chilli sauce. For a cheap grab and go option (that’s usually ready within 5 minutes) you could do much worse than dropping a fiver here. 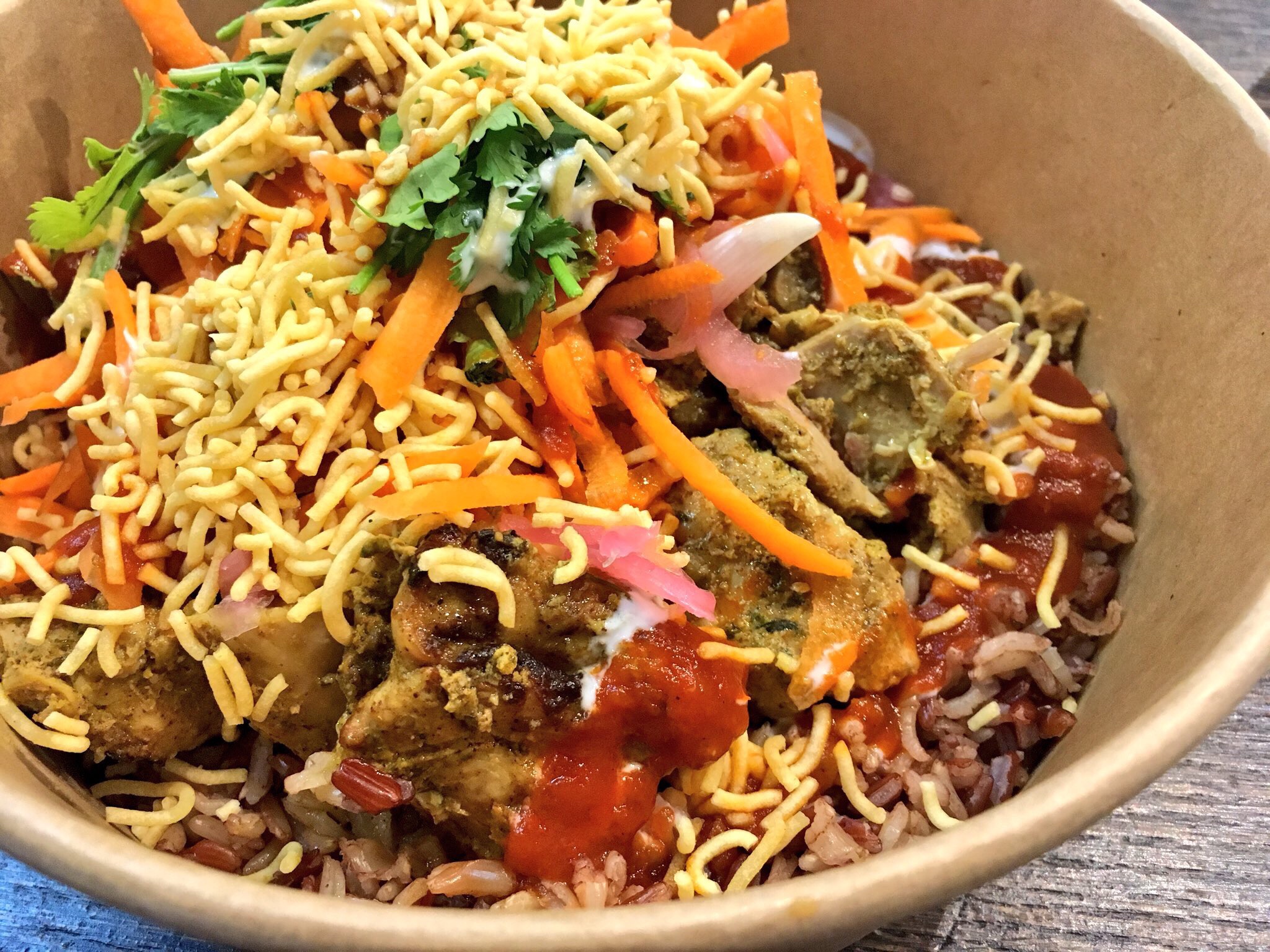 On Tuesday I joined some fellow food bloggers for a night at Hotel du Vin. There’s a new summer menu with plenty of fresh, light and colourful seasonal dishes, with an emphasis on fish and seafood. I’ve got a full review of the food I tried coming soon but what I will say is that the Fruits de Mer platter is an absolute triumph. It includes Salcombe crab, oysters, shell on prawns, squid, lobster and more. You could easily share this between 4 for just £17pp. 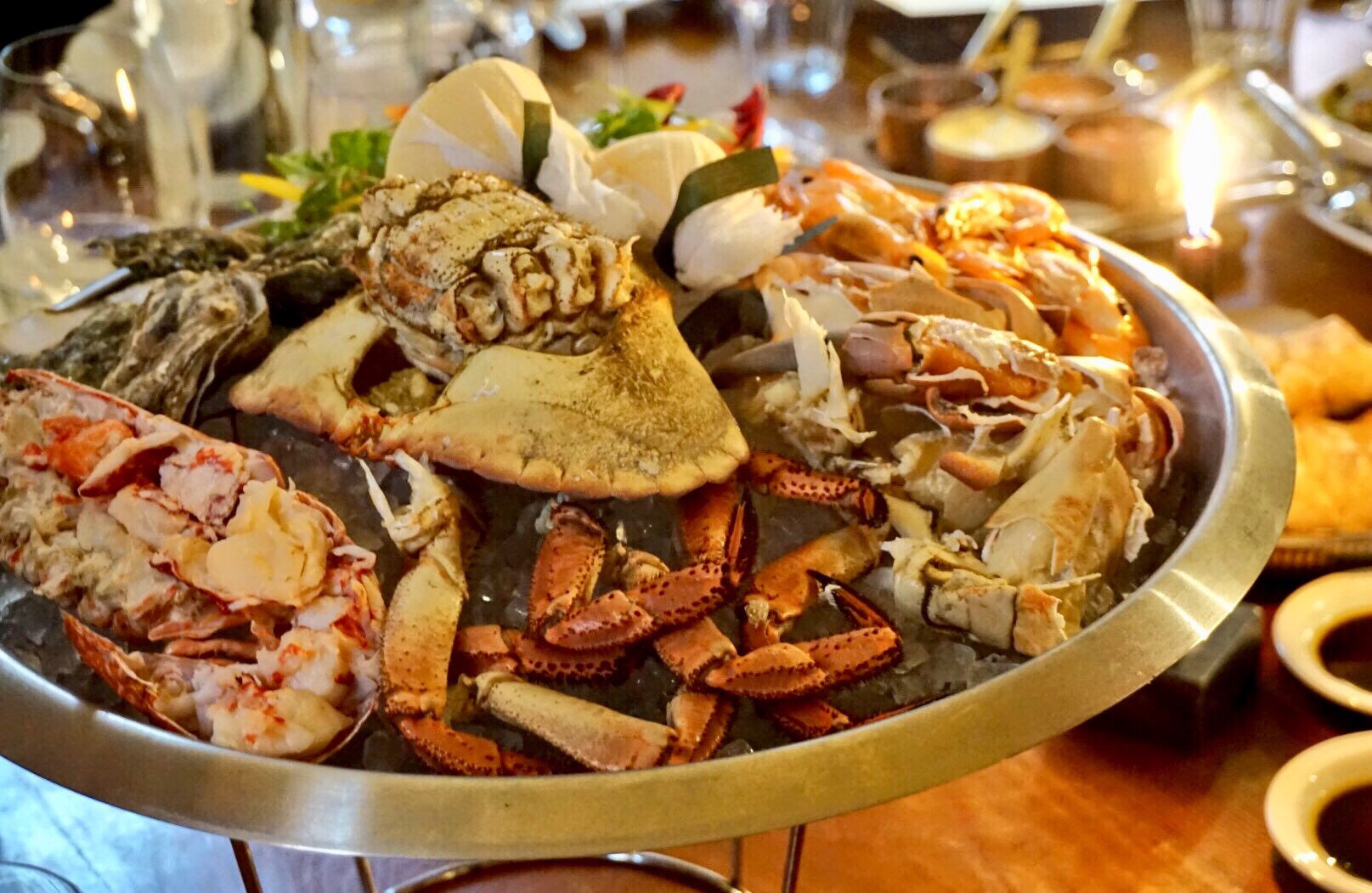 On Wednesday I popped to see a friend at Head of Steam for a quick after work drink. This is the latest bar to open on Temple Street, and it specialises in craft beer and gin. I’ve tried a few bits off the food menu now so probably have enough to actually do a round up at some point, but on this occasion I just had a quick drink. There’s a decent range of gins and the bar staff are helpful if you’re looking to try something new. I went for a grapefruit G&T. 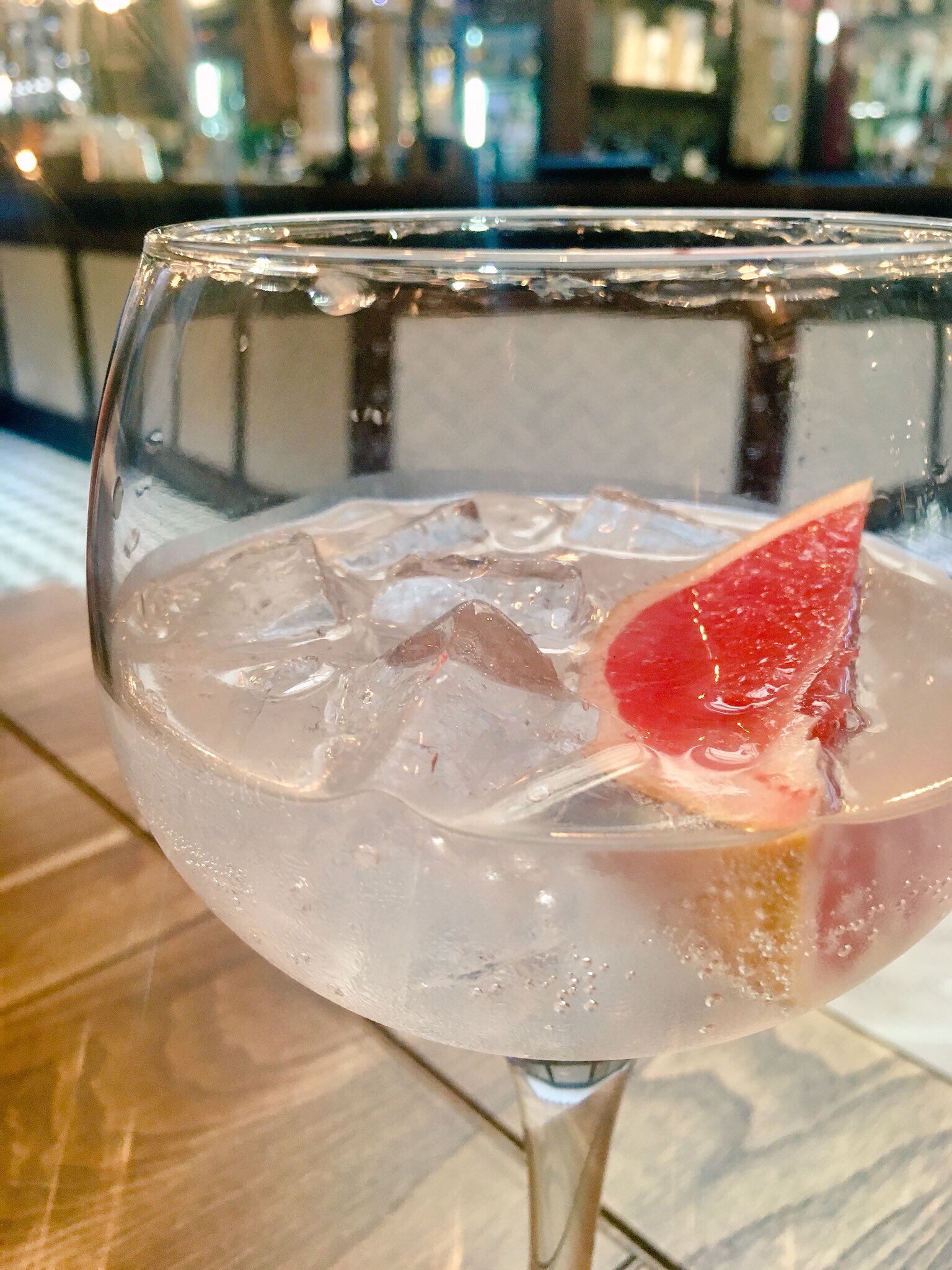 Inspired by a visit to Chung Ying Central over Birmingham Cocktail Weekend, lunch on Thursday came in the form of a beef brisket noodle soup from Chung Ying Cantonese over in Chinatown. For £6 on the brunch menu it’s an absolute steal, and a hearty bowl of food to take you through the day. I made a quick visit to the Day In Chinese Supermarket in The Arcadian afterwards to pick up some cupboard supplies. 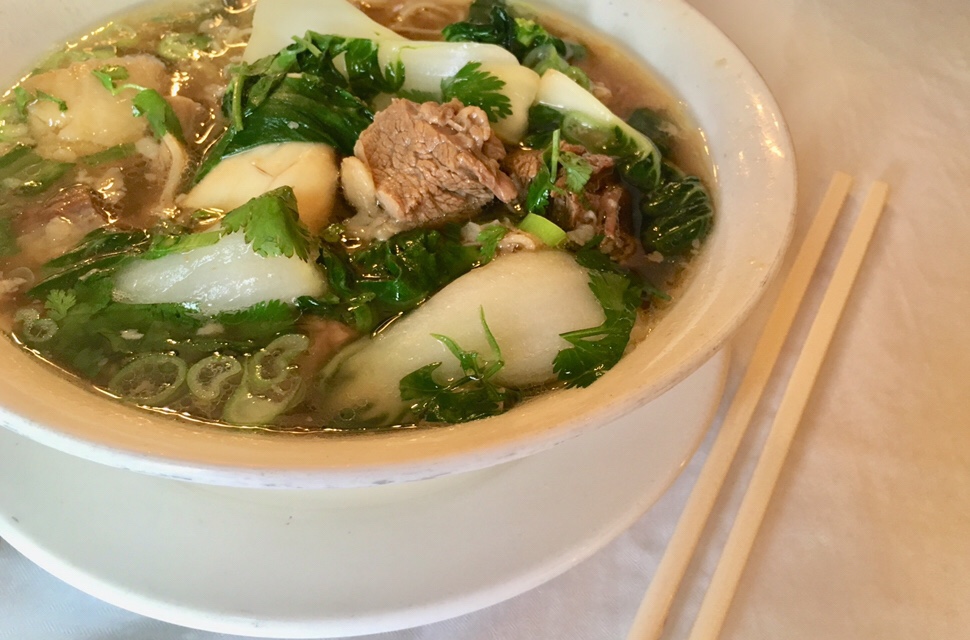 Proving I’m a creature of habit, on Friday I went back to Damascena in the city centre. While you may remember last week’s visit for the Mezze, this time it was all about the hummus. I opted for the version topped with lamb shawarma which comes with two toasted flatbreads for a little over £5.50. What a bargain. 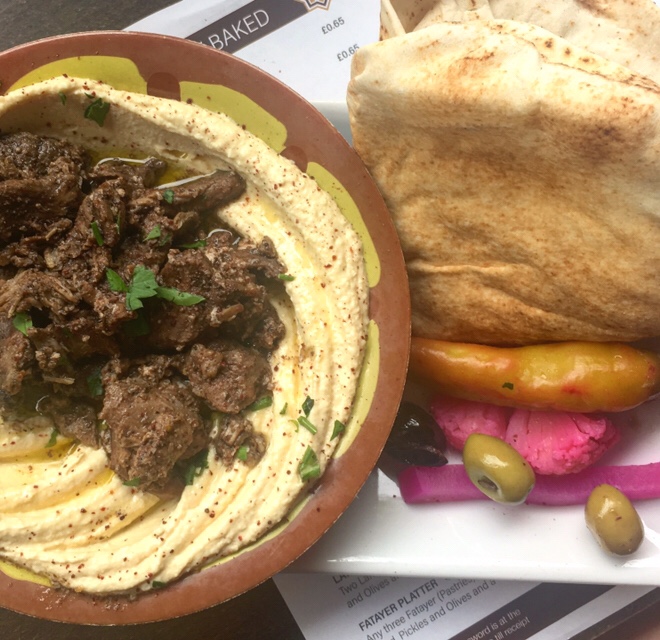 As the weekend arrived I headed to Worcester for a friend’s birthday, starting in Tonic. Gin was, as usual, on the menu but my favourite tipple of the day ended up being this bitter pale ale from Beavertown called X De La Senne. If anyone knows any places selling this in Brum city centre do let me know.

On Sunday a bunch of us headed to Aston Hall for the Independent Birmingham Festival. Much food was consumed and many drinks were smashed. The highlight of the day for me was the Flying Cows IBF special burger created by chef Liam Watton. Just LOOK at it. Jesus… I’ll do a full round up about this kickass weekend festival later this week, for those interested. 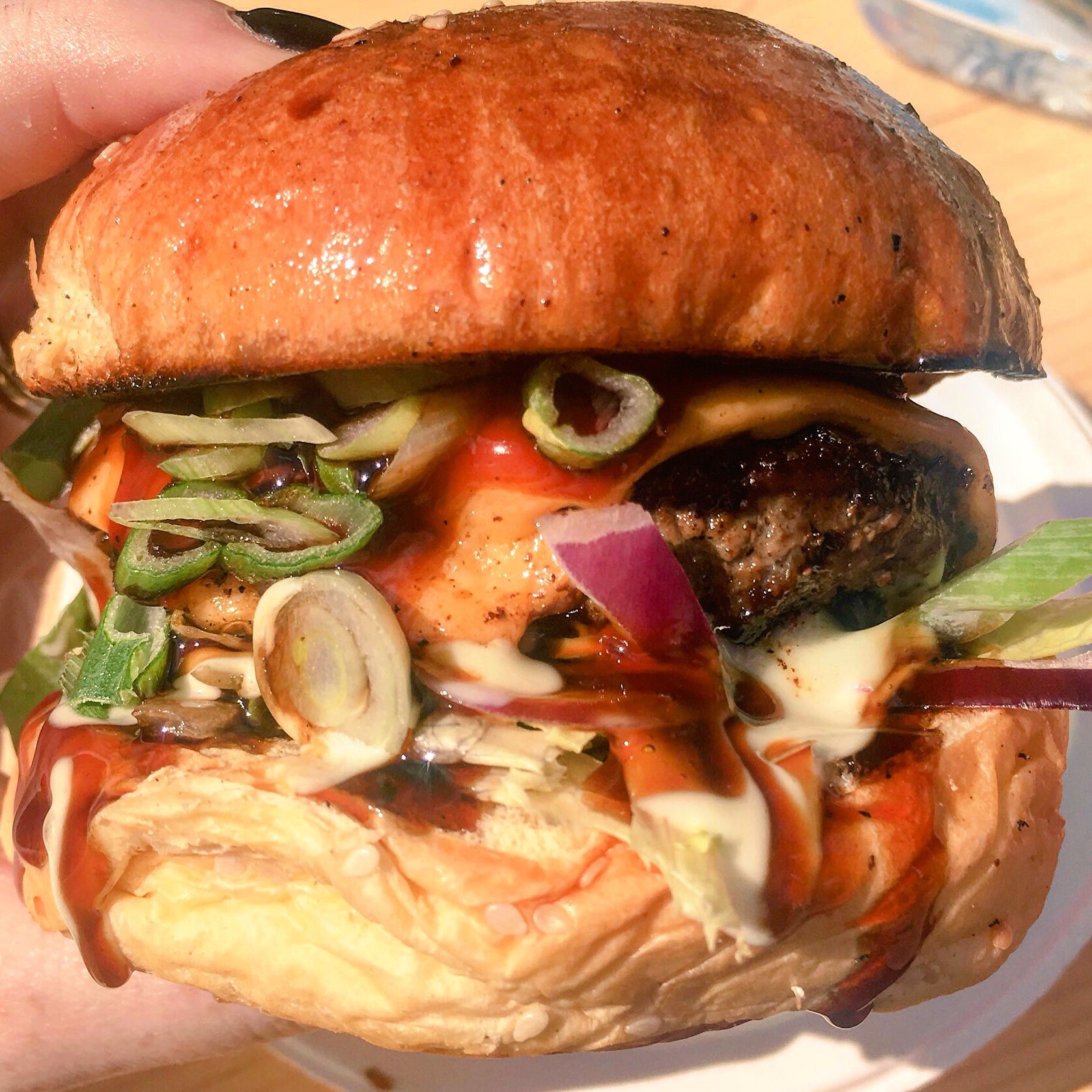 And that’s your lot. I’m going to spending the next 24 hours drinking water and eating green things. Have a lovely week everyone.

Did you try anywhere new this week? Let me know in the comments.