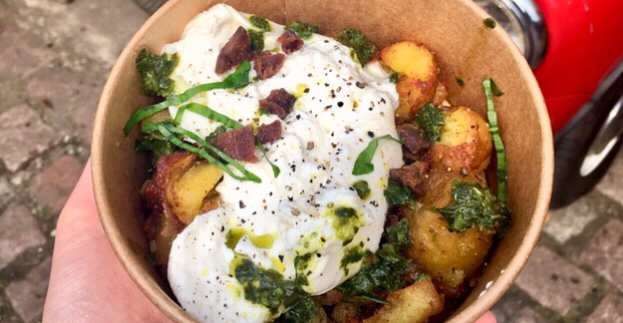 I’m not sure if I’ve mentioned it before but I like cheese.

I like cheese in all its glorious forms: melted, baked, sliced, diced. Whatever, if it involves fromage I want a slice. With that in mind, it was a given I’d end up at the Spring Market Cheese Festival at The Bond this weekend, really. Know thyself, Laura. 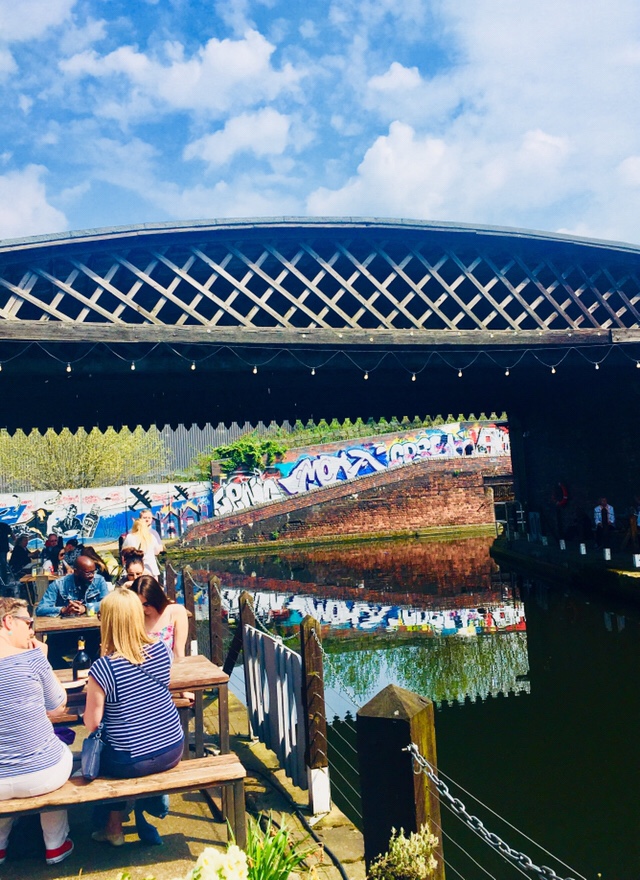 This was the second cheese-based event I’ve been to in the last six months, having eaten my way around Cheese Fest Birmingham in November. I generally like the events hosted at The Bond (the Independent Birmingham Festival in March was brilliant) because they showcase local food talent and support independent businesses. As well as a hall full of vendors selling cheese paraphernalia, we found a variety of street food in the main courtyard. 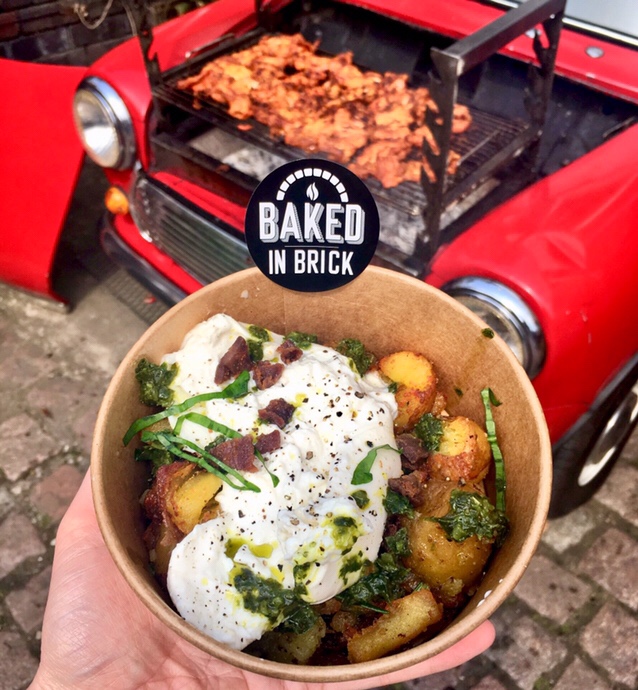 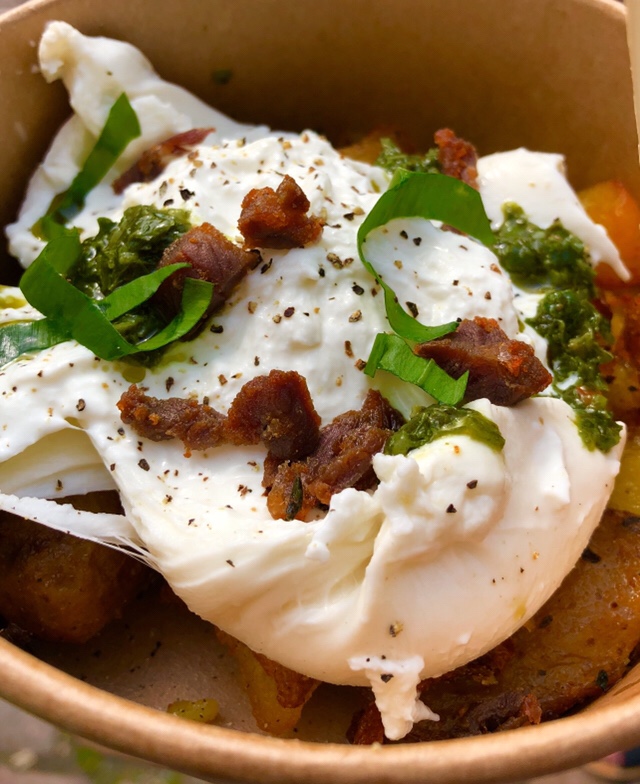 Award-winning Baked in Brick brought their BBQ Chicken a-game (as usual) but it was the special of Smoked Burrata with Mayan gold potatoes and chimichurri that caught my attention. That soft creamy cheese and beef fat potato combo.. Good.Lord. We are so fucking lucky to have this kind of food freely available in Birmingham – I cannot wait for the restaurant at The Custard Factory to open. 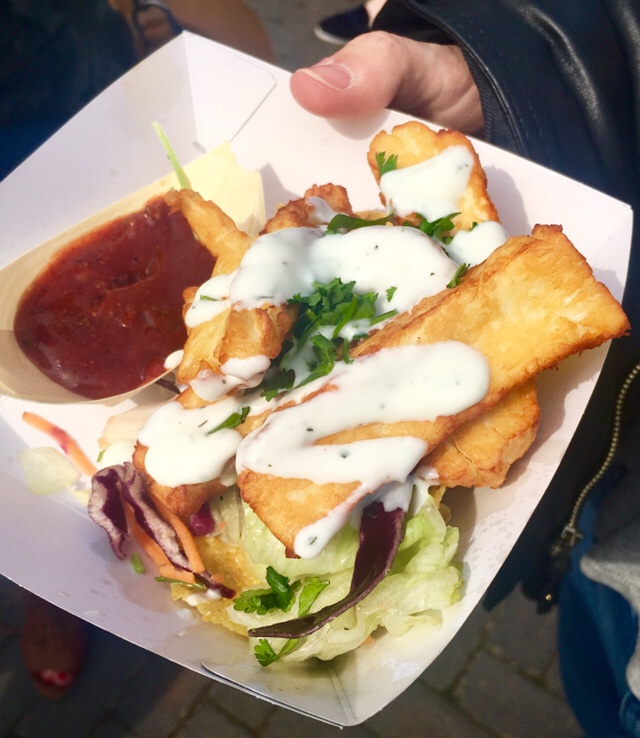 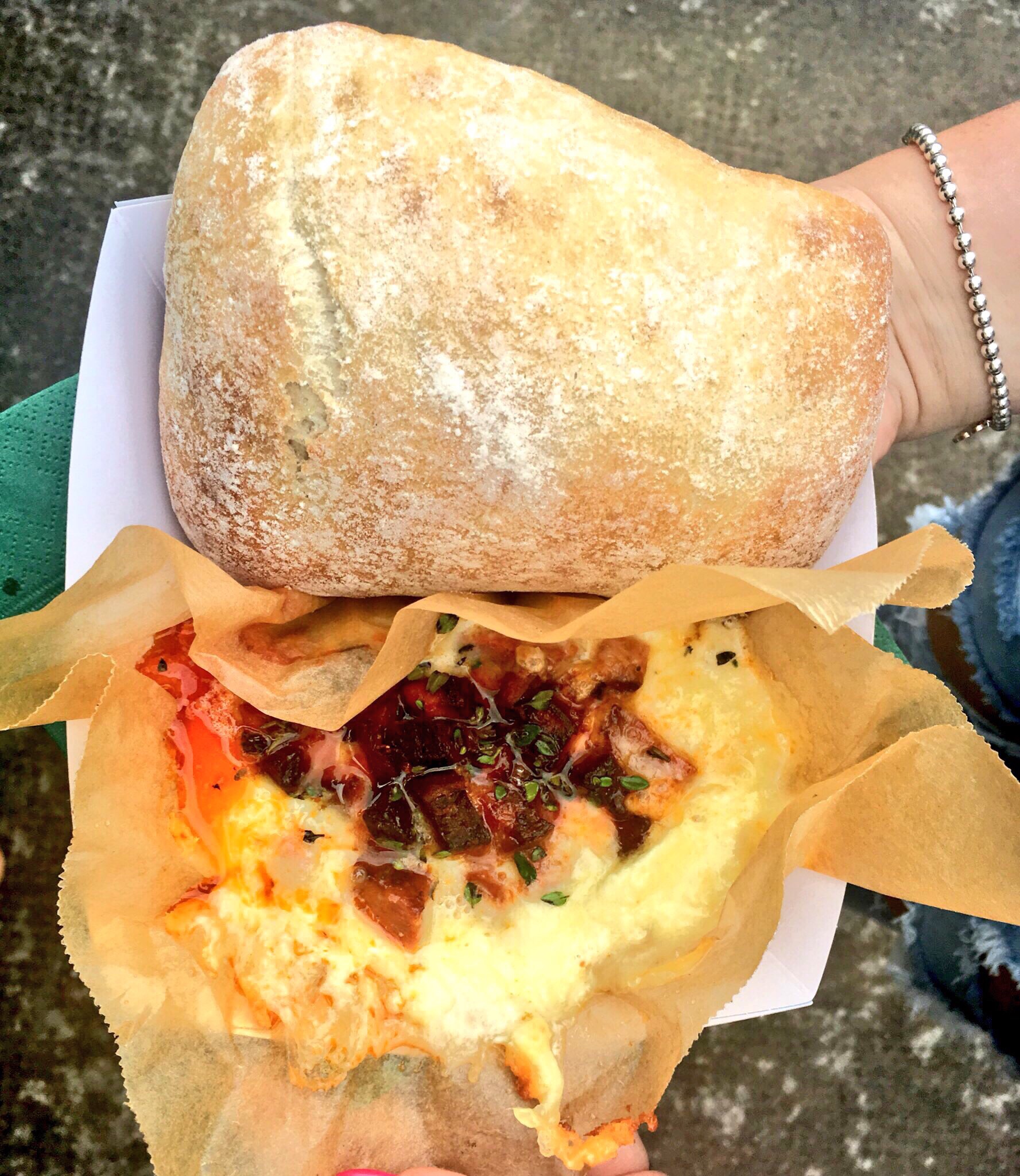 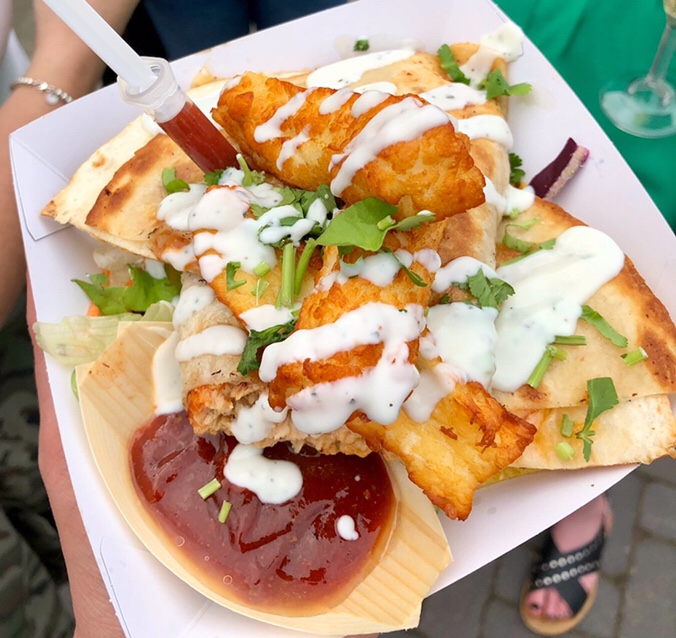 Other cheesy finds included Bake My Brie, pizzas from Peel and Stone, StreetChef’s battered halloumi, and Original Patty Men cheeseburgers. For those with a sweet tooth, Bournville Waffle Company offered a cheesecake takeover, creating an entire menu of cheesecake specials, and the hall was full of cakes and donuts. 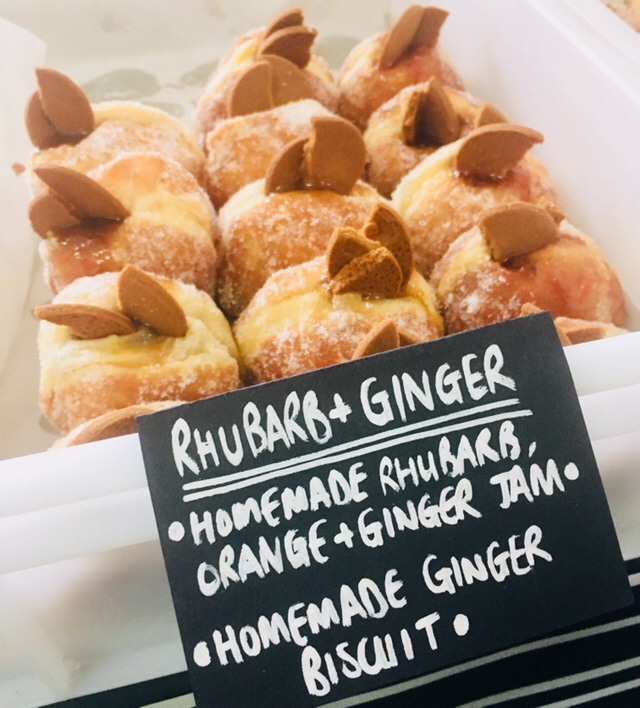 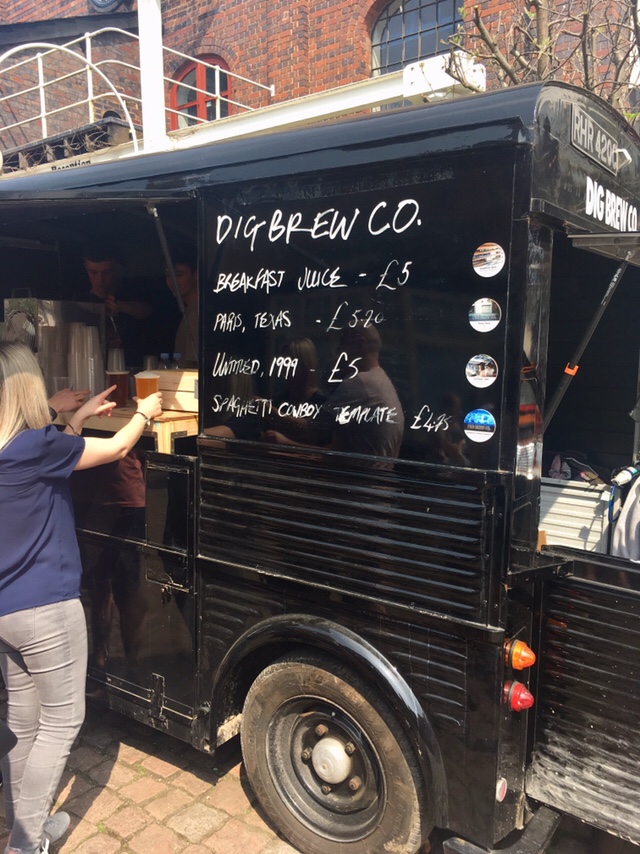 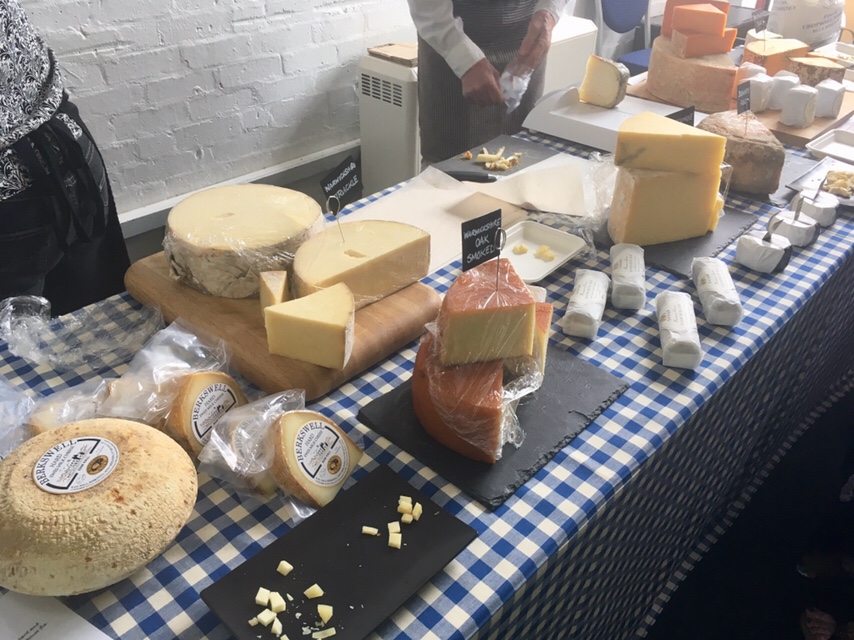 If you’ve not been to one before, the seasonal events are worth a trip – especially when tickets are as low as £2. Support local and eat lots of lovely food, what’s not to love!

Did you visit Spring Market Cheese Festival? What did you think? Let me know in the comments.

Disclosure: we paid in full for all the food/drinks shown above. All food chat and photos are ours from the day, as well as the cheese dreams that followed.